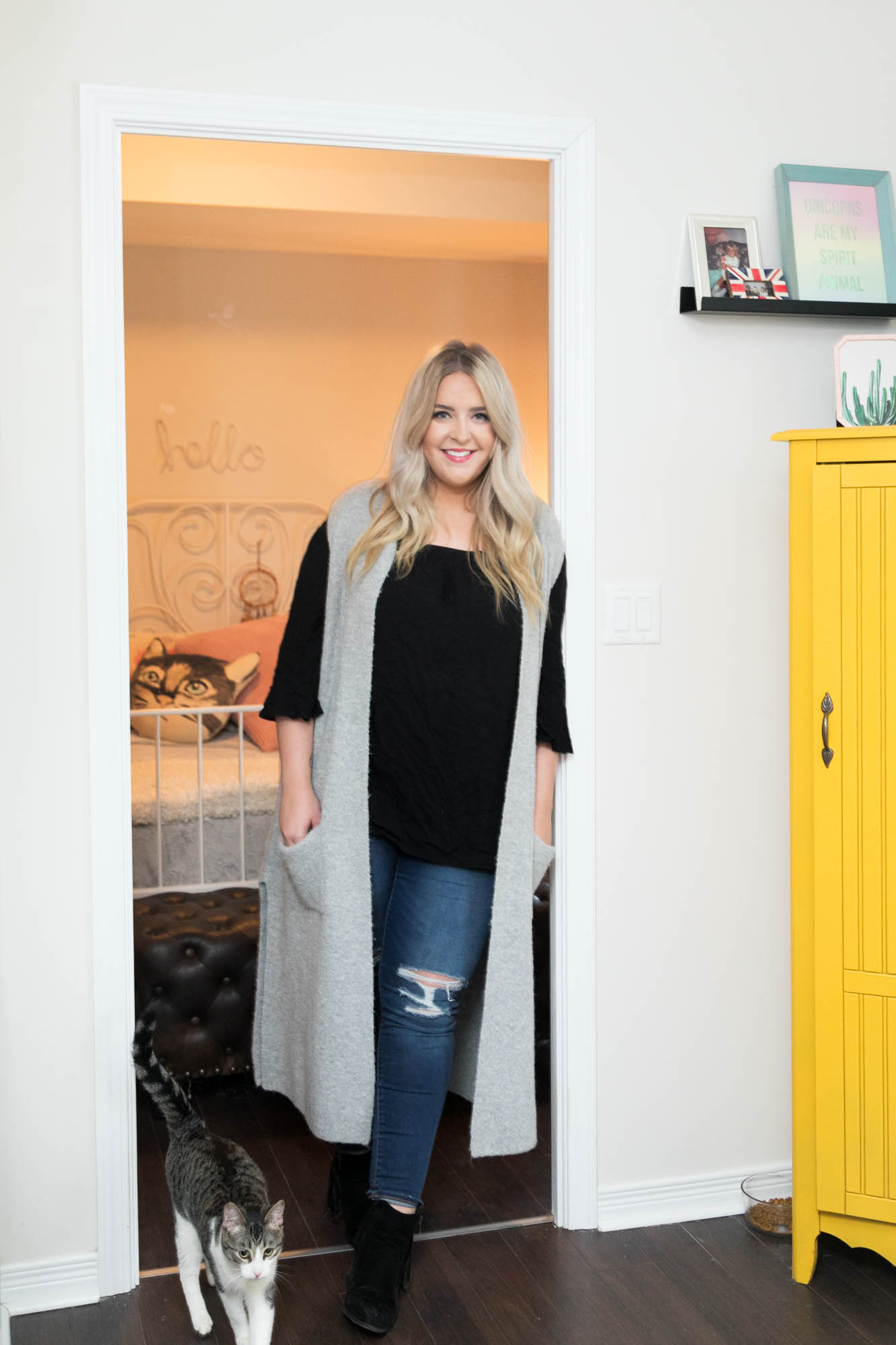 Two years ago, Amanda’s shared living situation was starting to feel crowded. After viewing many one-bedroom apartments, she realized her budget wasn’t cutting it. “Some of the places were so small you could cook pasta from your bed,” she says. She was hoping to pay less than $1,300, and she wanted natural light, outdoor space and a bedroom separate from the living area.

Finally, she found a unit she liked. It was extremely small, and the rent was slightly more than she had hoped to pay, but it met her other criteria: there was a minuscule bedroom and a 120-square-foot balcony. When the landlord asked her to have her dad co-sign the lease, despite her steady job—she works for St. Joseph Communications, which is Toronto Life’s parent company—Amanda didn’t blink. “As someone who was trying to be an adult, it was a slap in the face, but at that point I was game for anything,” she says.

The apartment meets her needs, but its long, narrow layout makes furnishing the space awkward. Her couch sits perpendicular to the TV (it doesn’t fit any other way), so movie marathons are a challenge. Still, she can host up to five friends comfortably: 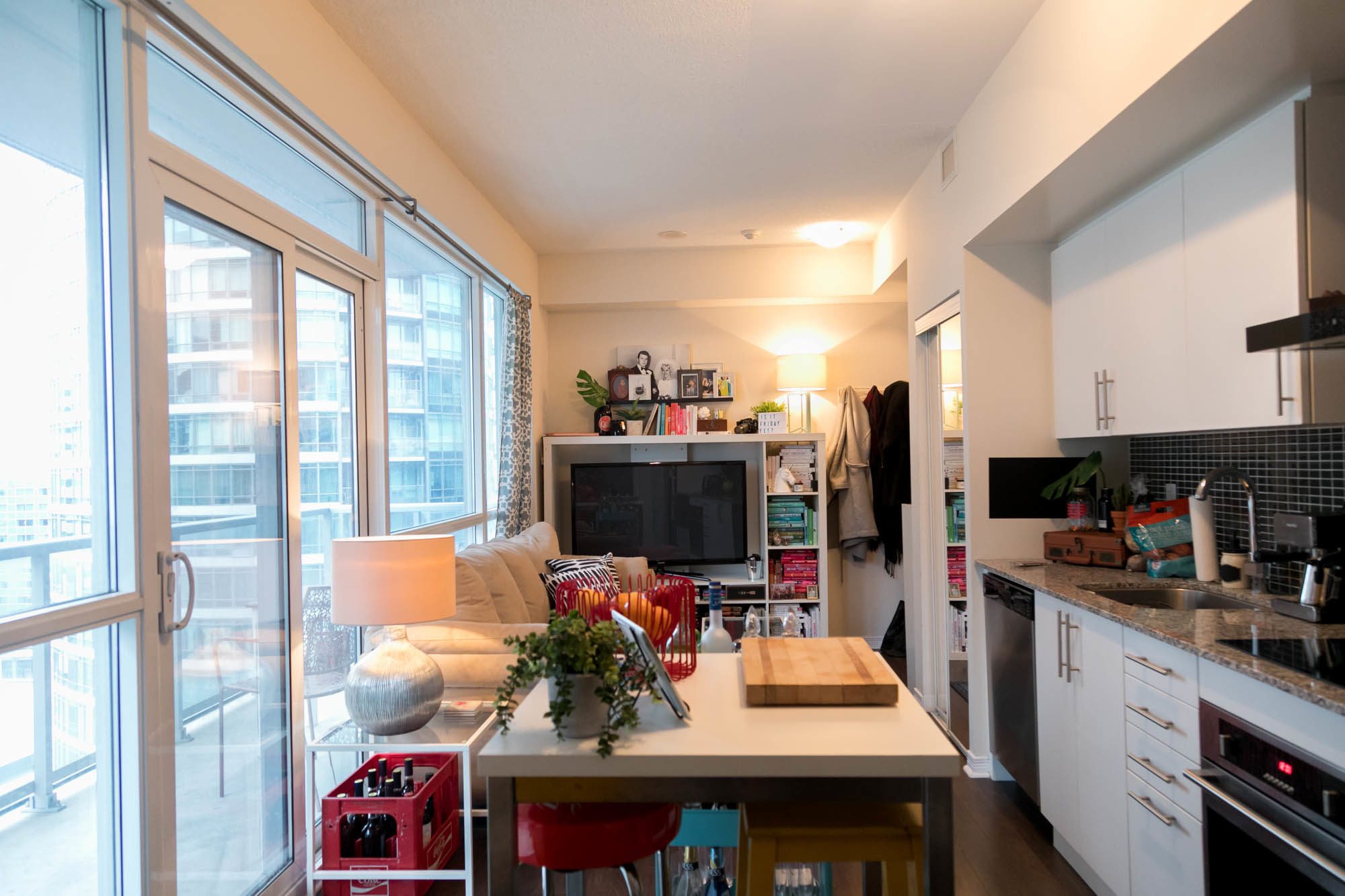 Amanda treats her home like a gallery space, perennially swapping around paintings and furnishings. (Her primary design influence is the colourful, chaotic apartment where Mindy Kaling’s character lives in The Mindy Project.) She sources new home decor on Bunz, an online trading platform that helps people swap their possessions. “Bunz has given me the luxury of switching things up constantly without breaking the bank,” Amanda says. Notable Bunz scores include her flat screen (for a bottle of scotch), her TV stand (for some Ikea shelves) and her kitchen island (for a gift card she wasn’t using): 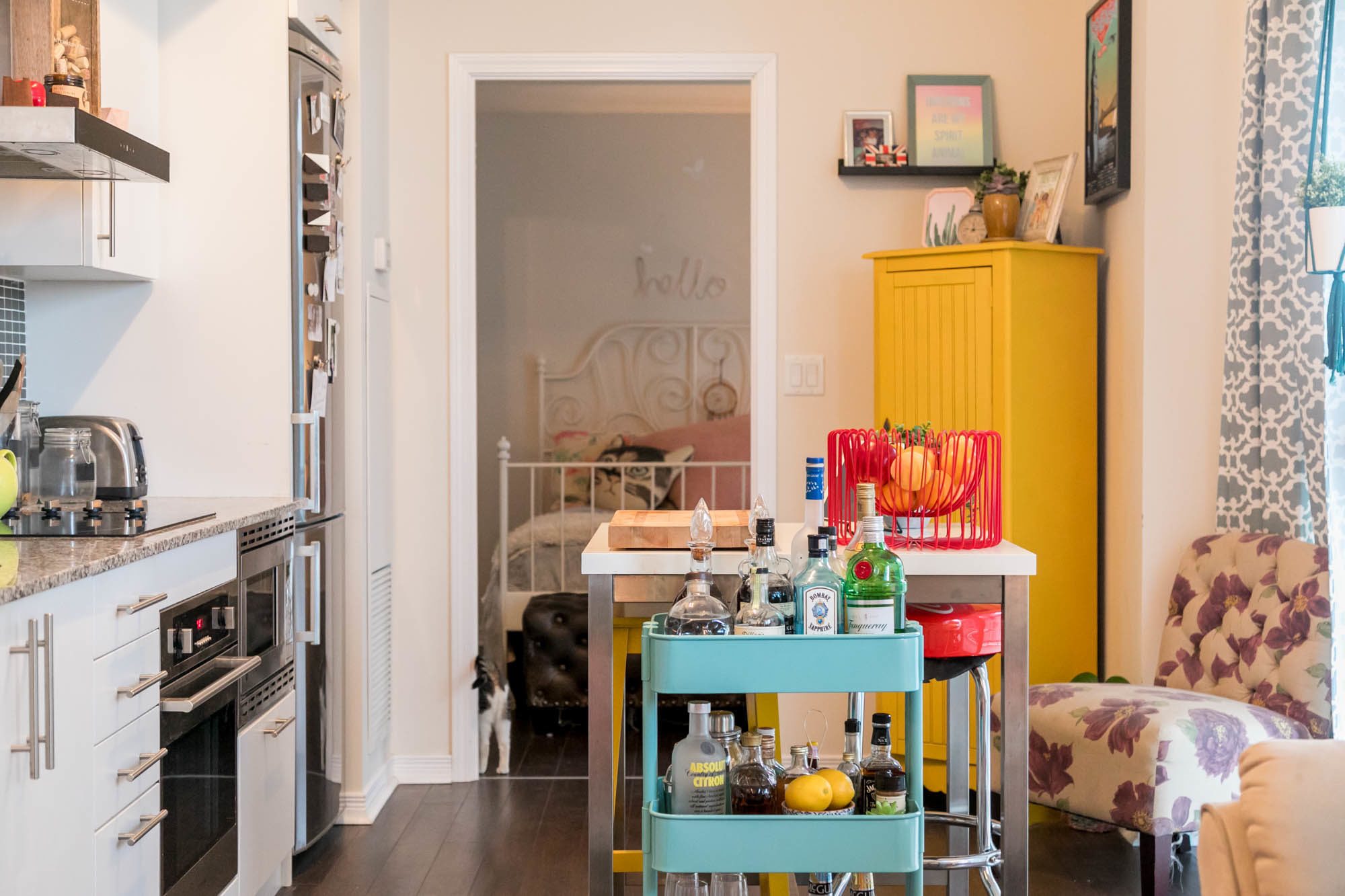 Because she sleeps in a double bed, she can fit a dresser in her bedroom. Storage bins under the bed hold costume supplies. (Amanda’s a Halloween fanatic.) 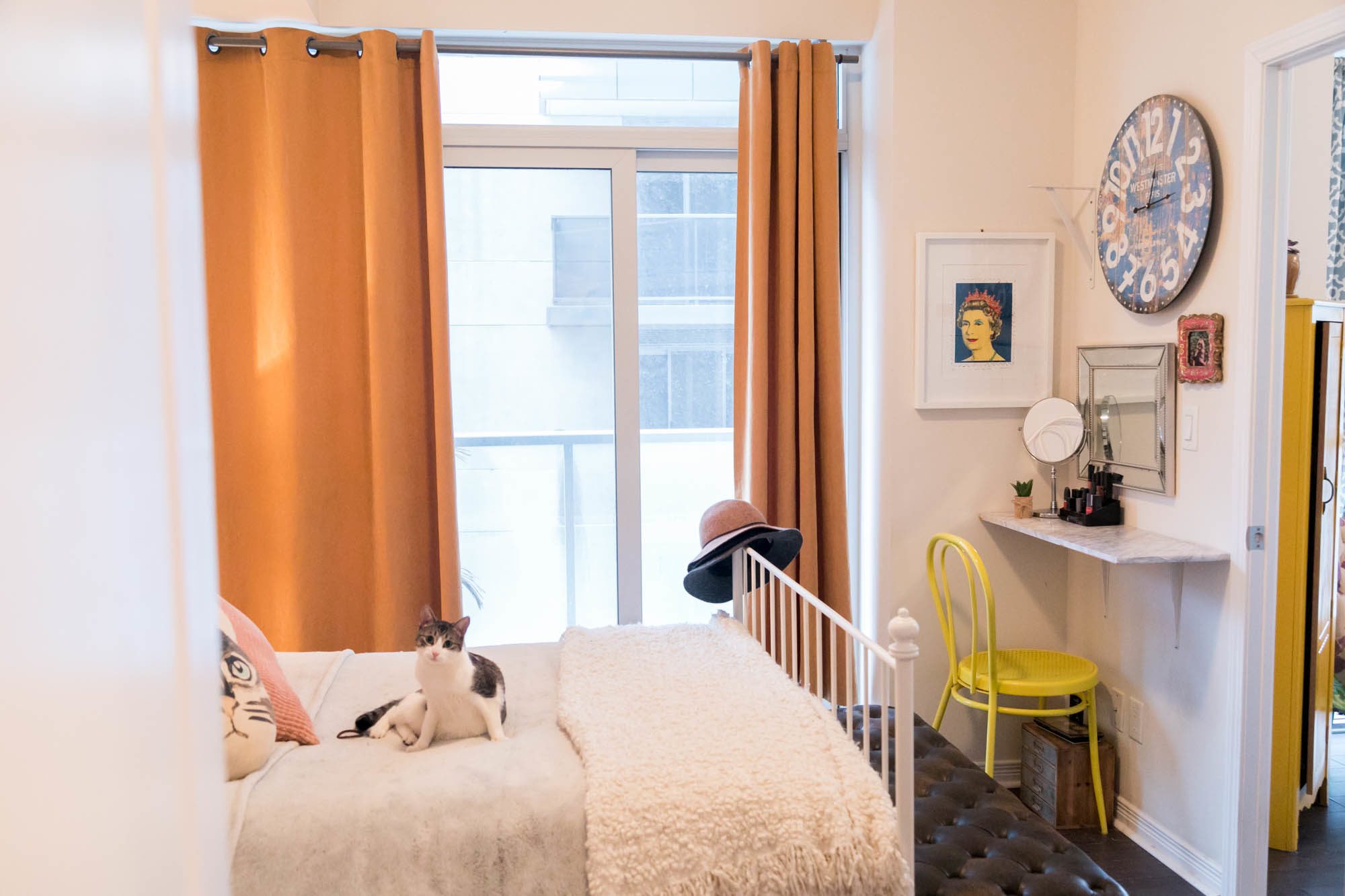 She calls this cabinet her “garage.” It’s where she keeps all her DIY tools, including drills, wood and saws. She inherited the piece from her parents and restored it with a coat of bright yellow paint: 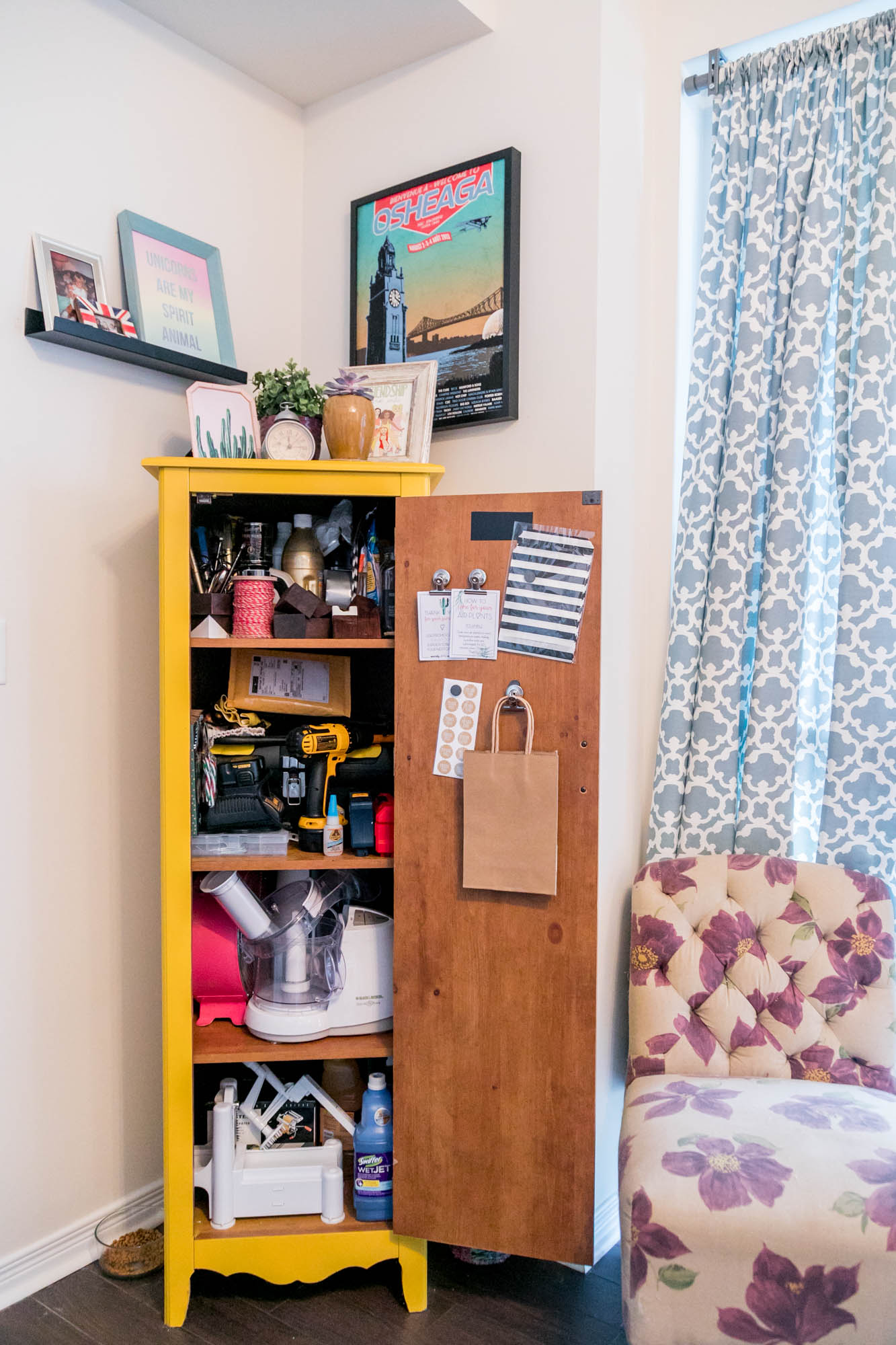 Her projects include refurbishing items she finds in her building’s garbage room (she’s currently working on turning an old tabletop into a planter) and building mid-century-style plant stands that she sells on Etsy.

There are knickknacks and plants on just about every available shelf in the apartment. This camera belonged to Amanda’s grandmother, who once worked as private investigator: 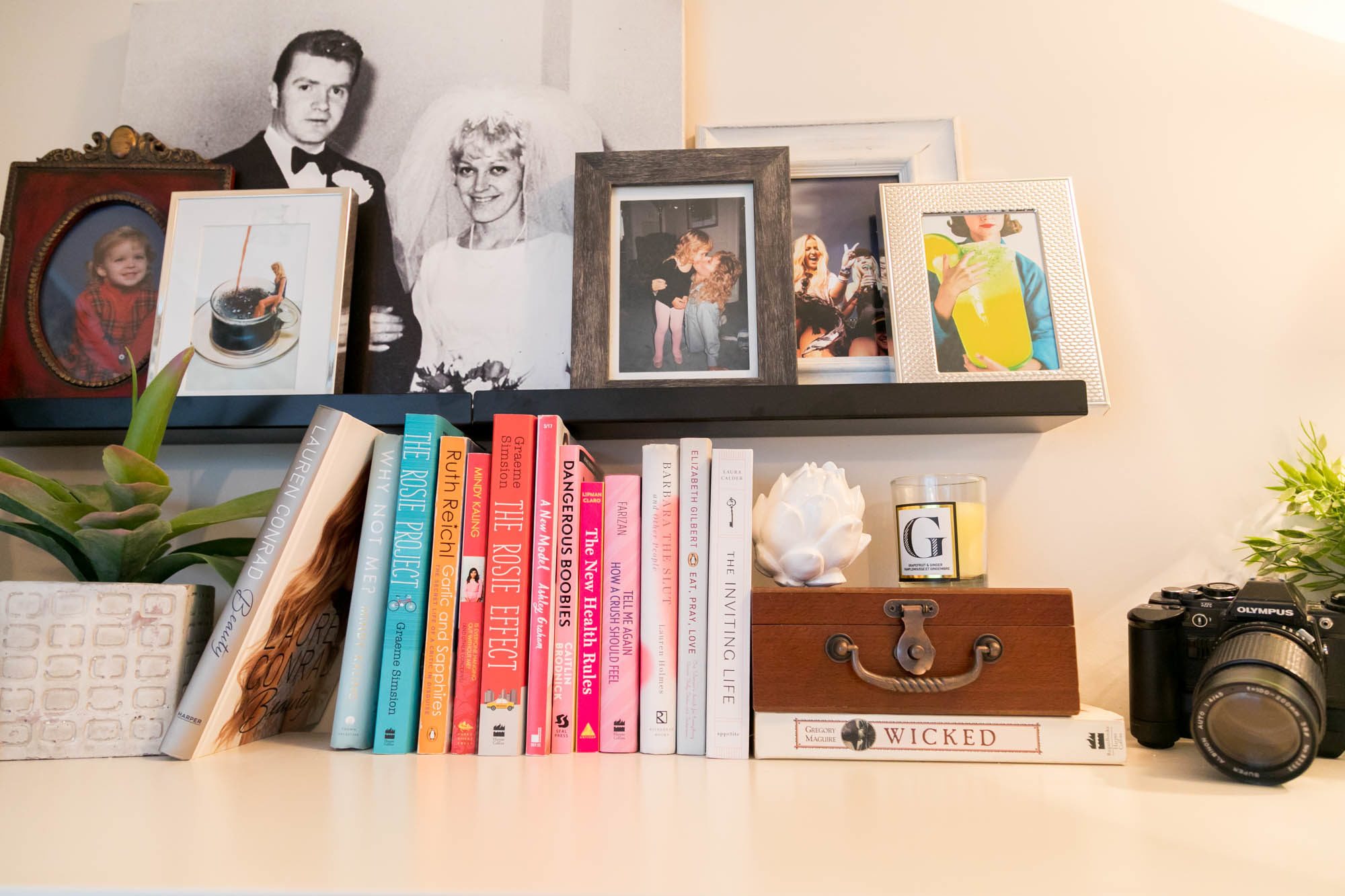 During summer, the balcony is packed with vegetation, but only cactuses and fake plants are allowed inside—because most flowers are toxic to her two cats, Bobby and Eleanor: 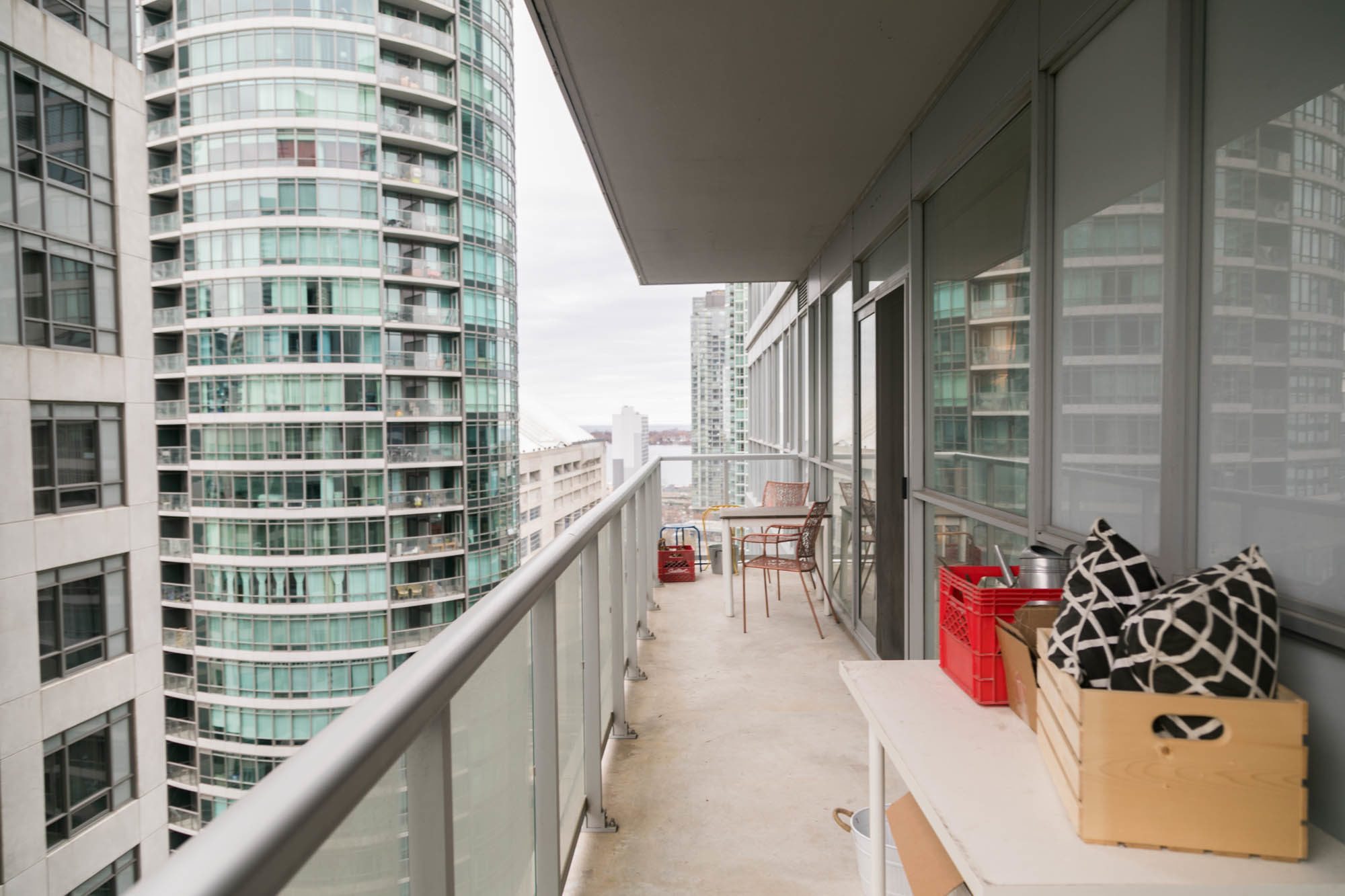 For now, she’s delighted with her home, though she wouldn’t turn down the chance to upgrade to a small two-bedroom, so she can grow her Etsy business in a proper work studio.