In 2001, the current owners purchased this home as a one-bed, one-bath cottage. It’s since been expanded to over 5,000 square feet, with two major renovations, in 2006 and 2014. They added three bedrooms and three bathrooms, along with a living room, basement rec rooms and terraces.

The home is set back from the street, making it feel private and somewhat hidden. The front entrance is accessible by a walkway that runs between two houses on Victoria Park Ave. It’s also got two driveways, with parking for four cars.

The place sits on a 15,000 square foot lot in the middle of a ravine, where you can spot all sorts of wildlife, including owls, foxes, eagles, deer and hawks.

And finally, it’s built for house parties and entertaining. The current owners have hosted a bunch of large functions here, including a wedding with over a hundred guests.

Here’s the walkway from Victoria Park Ave. That sign is a cheeky nod to Harry Potter: 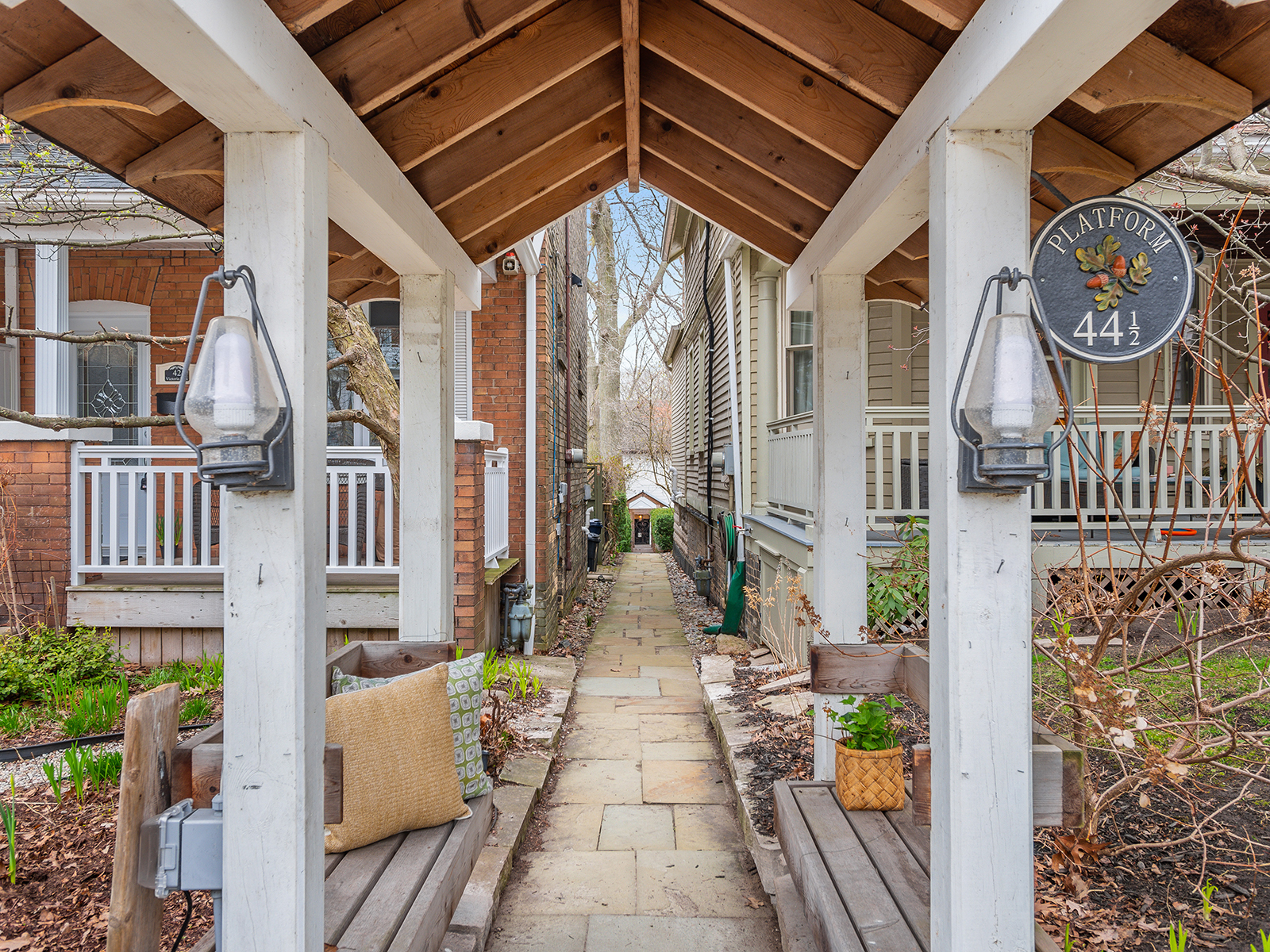 In the front hallway, for wallpaper, the owners used journal entries that their children made on a trip to Italy: 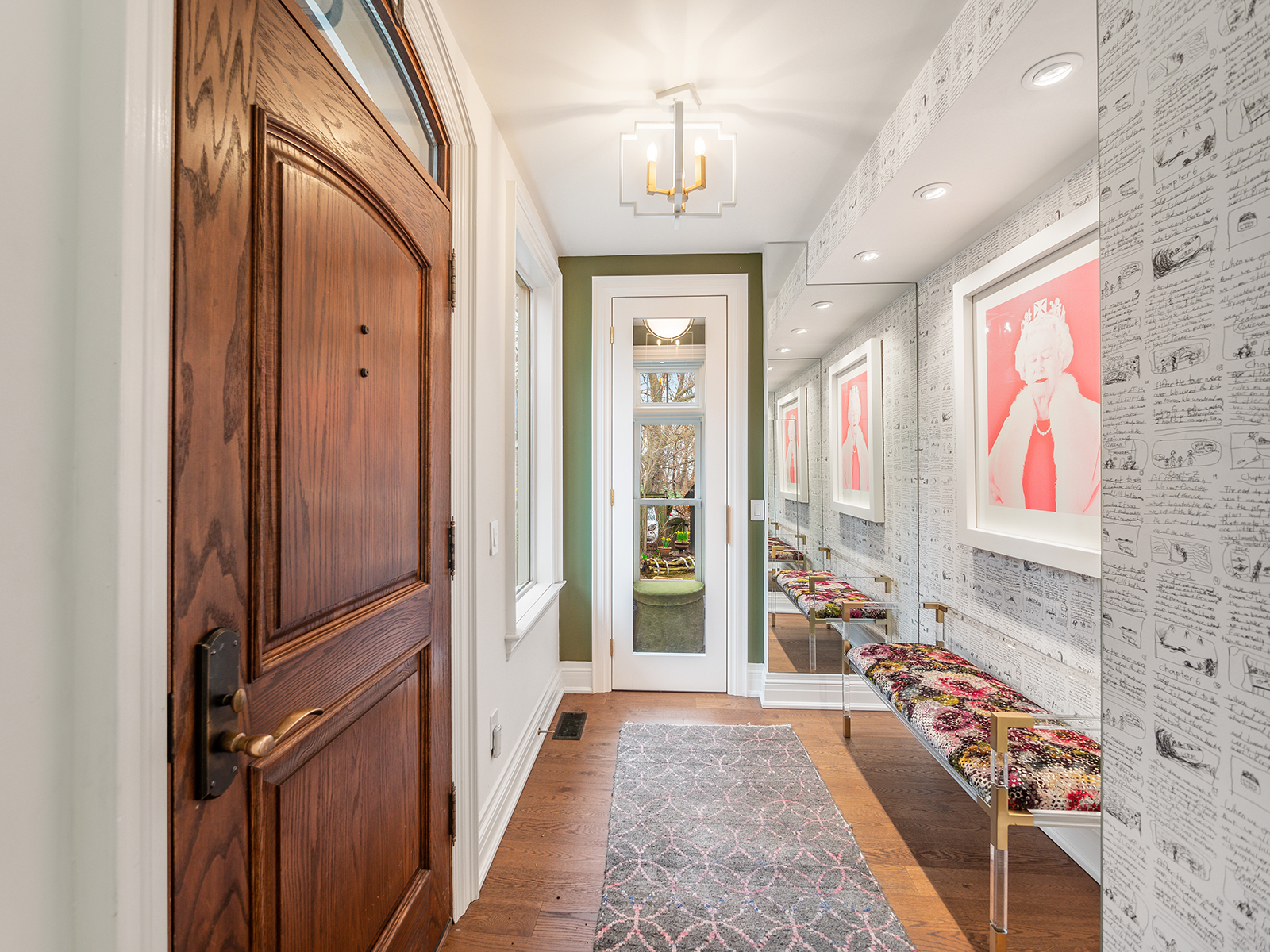 There’s an office with a gas fireplace near the front of the home. The desk is actually part of a double Murphy bed, which turns this into a spare bedroom: 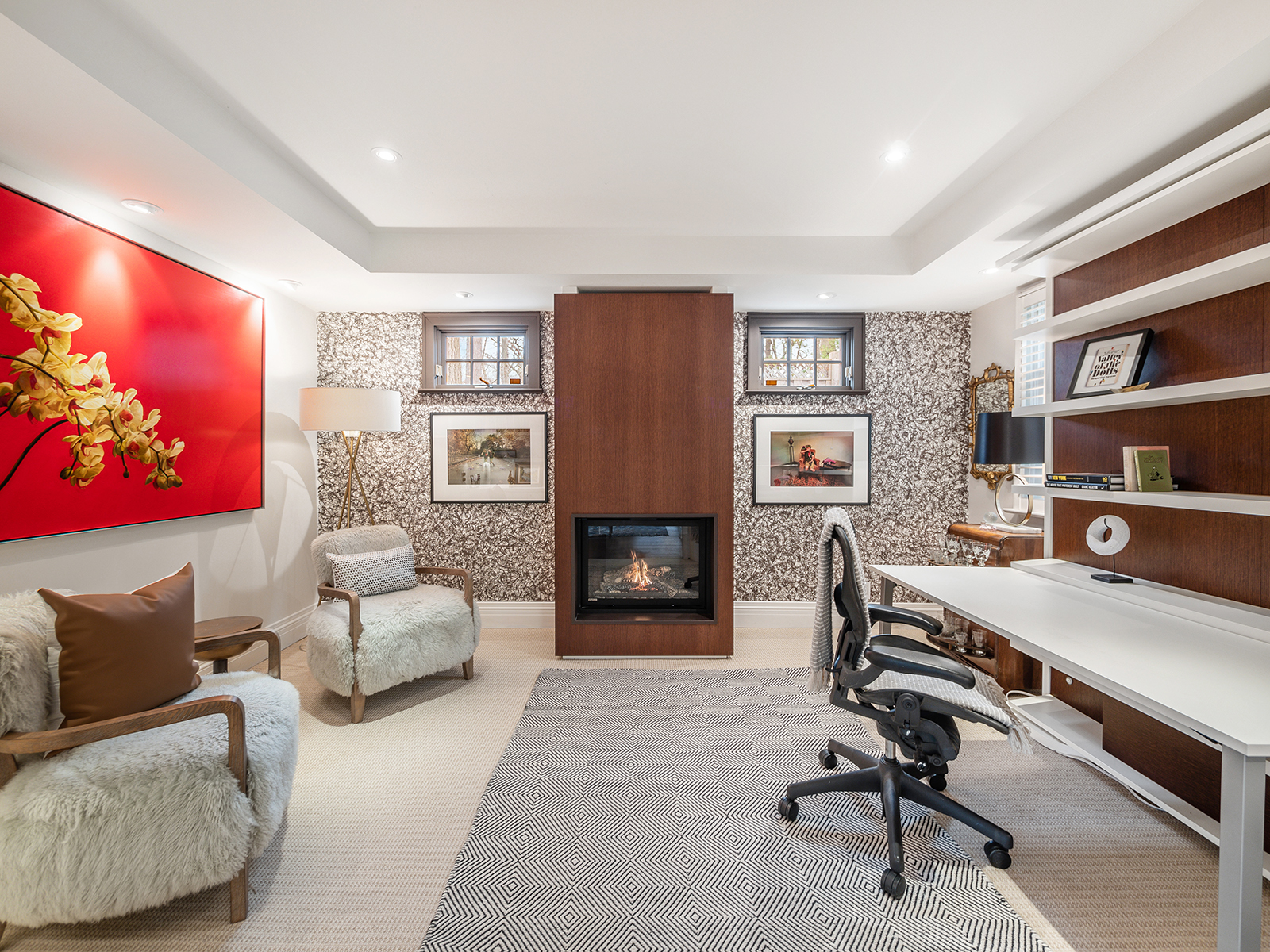 Here’s the living room. It has another gas fireplace: 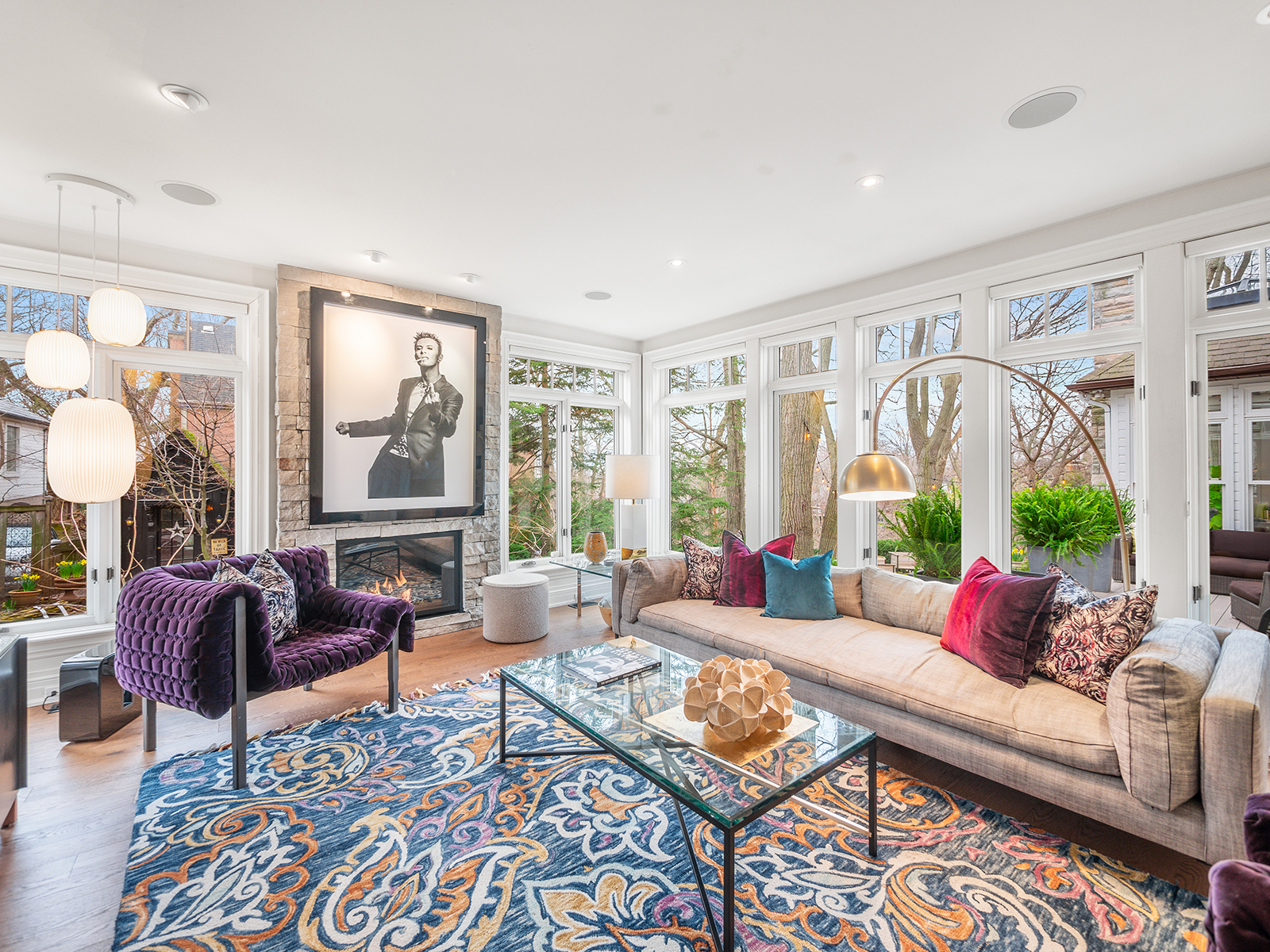 The kitchen has stainless steel countertops, two dishwashers and a six-burner Wolf stove. The 14-foot island has a built-in butcher block: 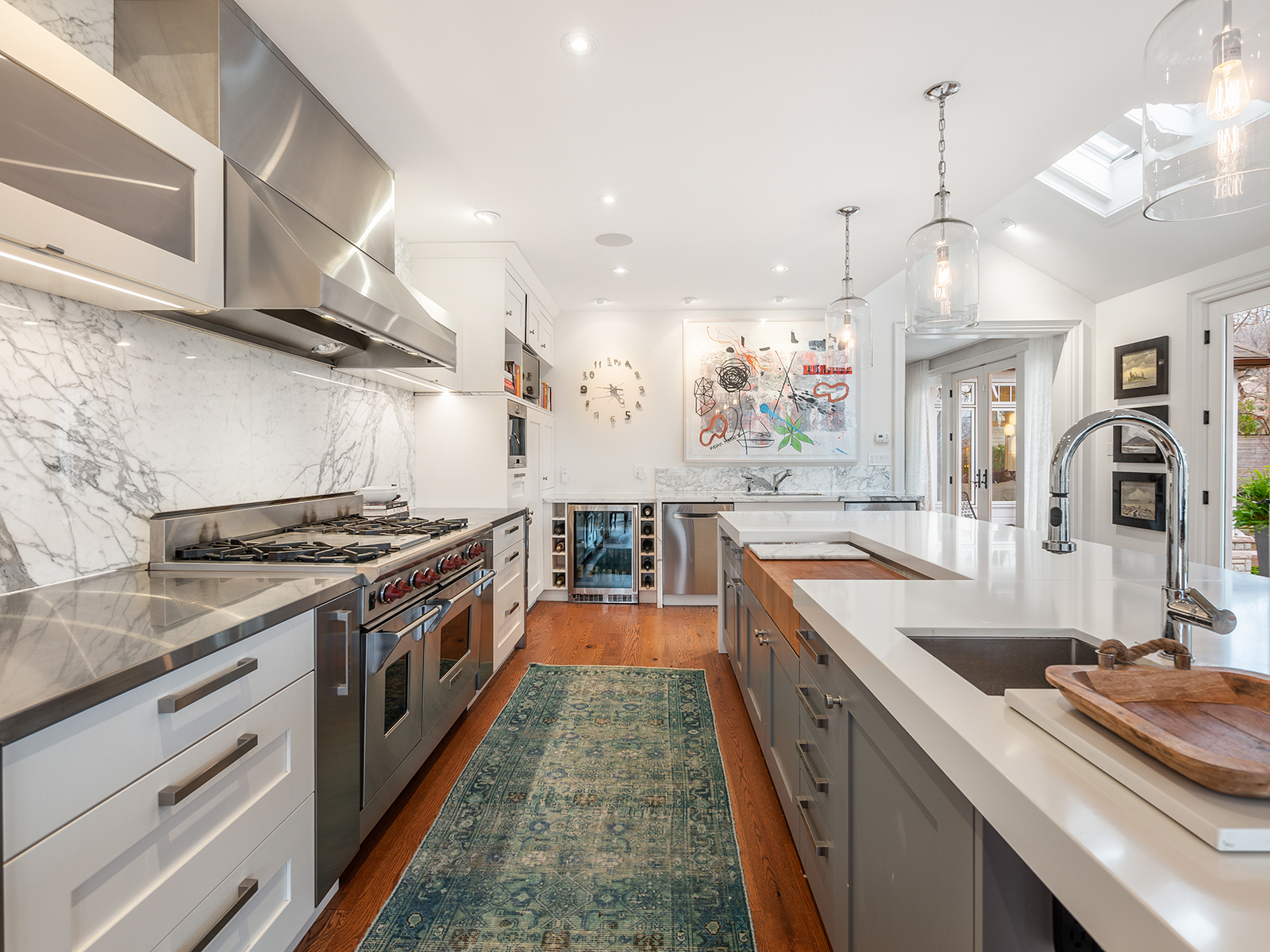 In the dining room, there are three double doors and a walkout to a deck: 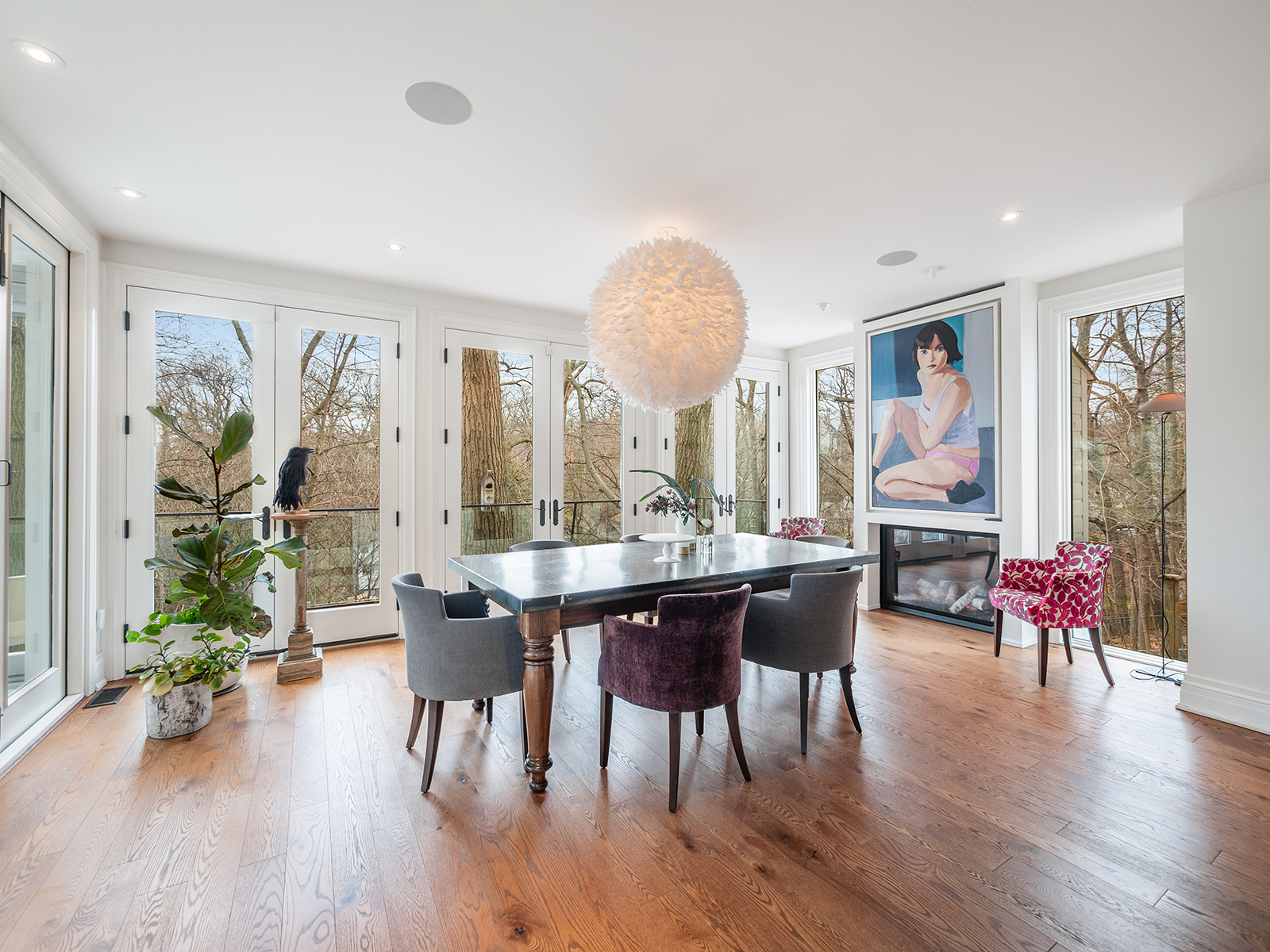 This enclosed solarium has a view of the lake. The windows and doors can be opened up, and it also has heated floors: 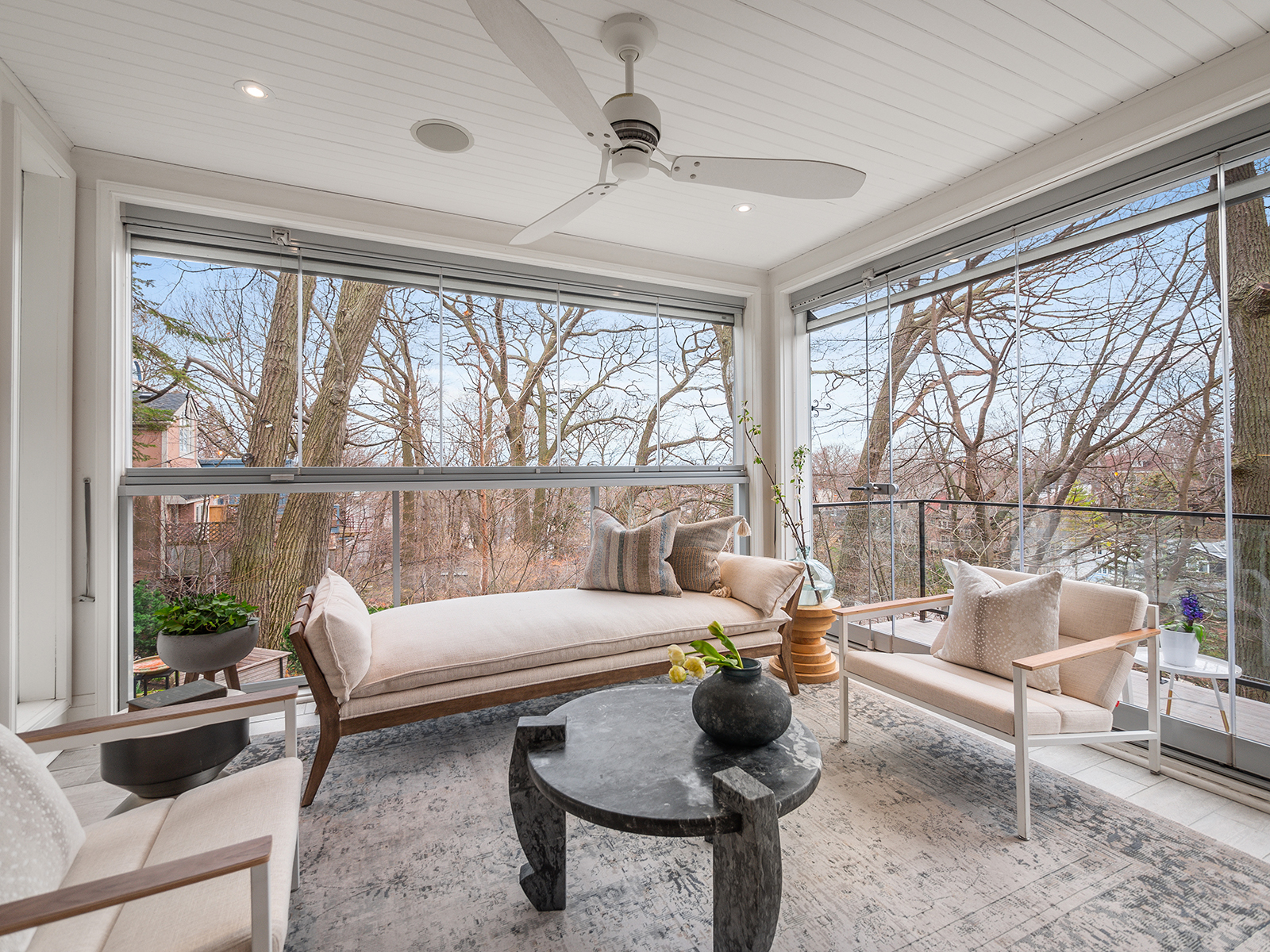 There are three bedrooms on the upper level, as well as a laundry room. This bedroom has a den with a private terrace that has seasonal views of the lake when the trees are bare: 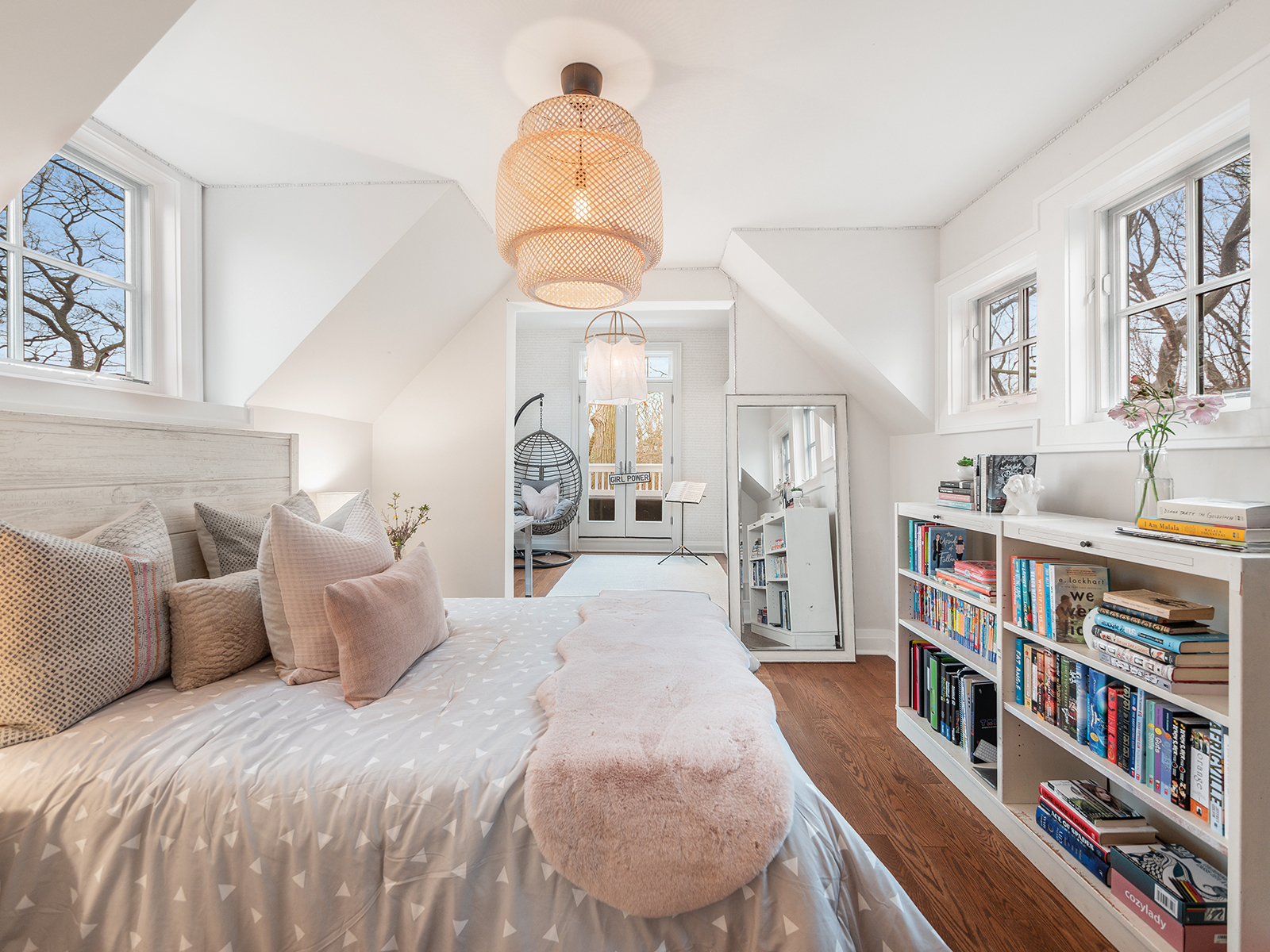 There’s plenty of built-in closet space in the den: 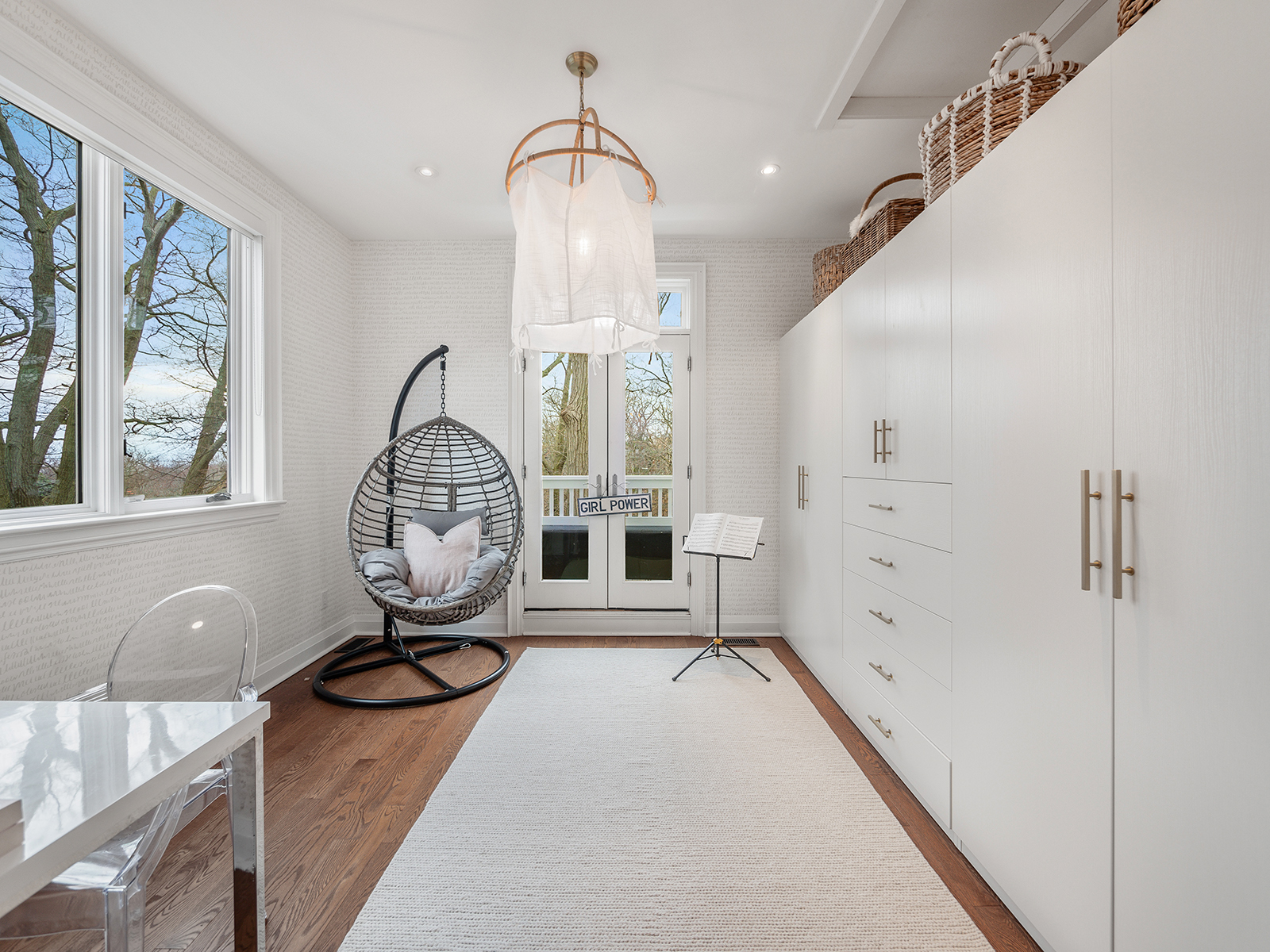 Here’s the second bedroom, with tropical wallpaper and vaulted ceilings. It also has some built-in storage: 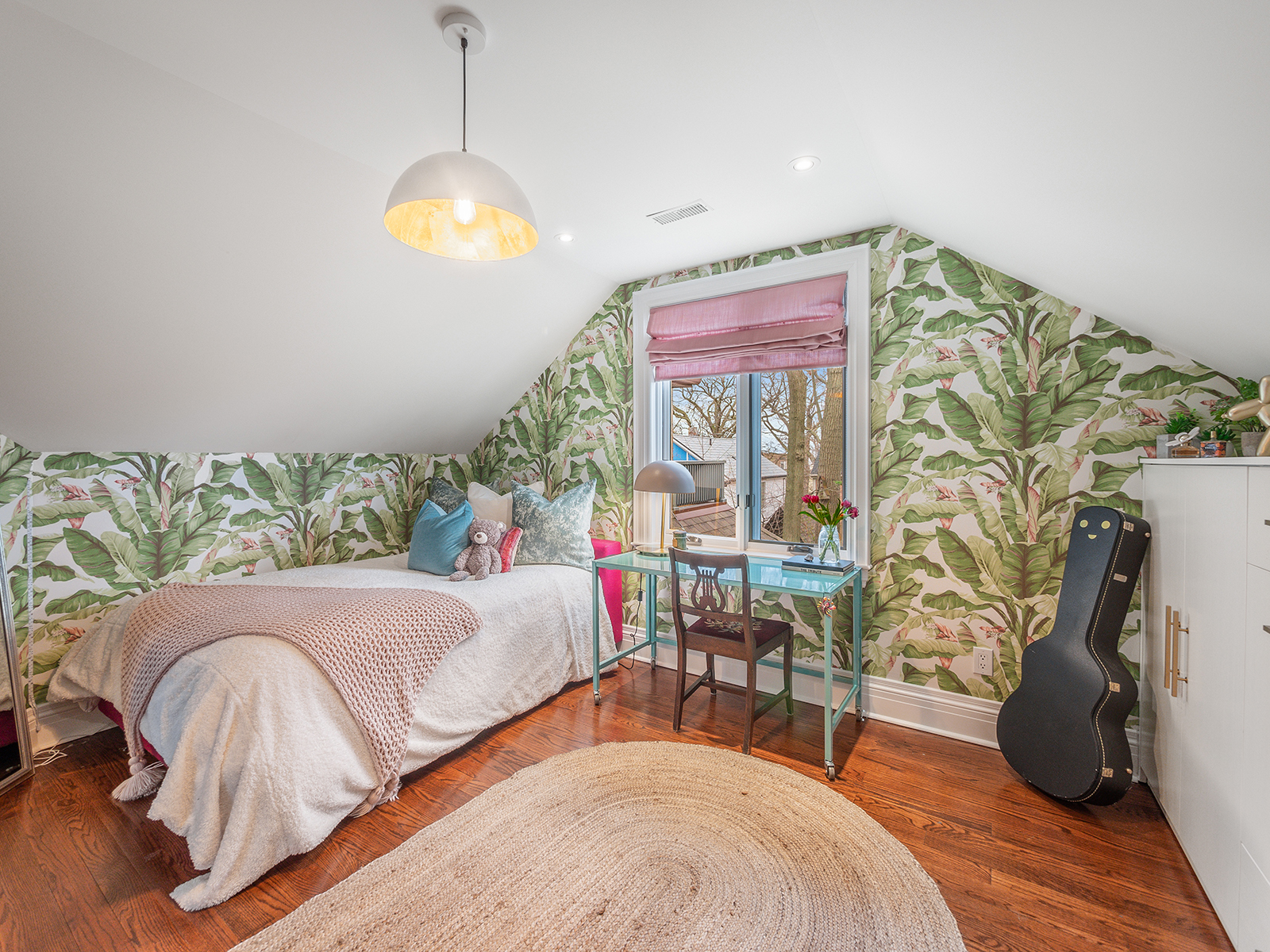 This is an original bathroom, shared by the first two bedrooms: 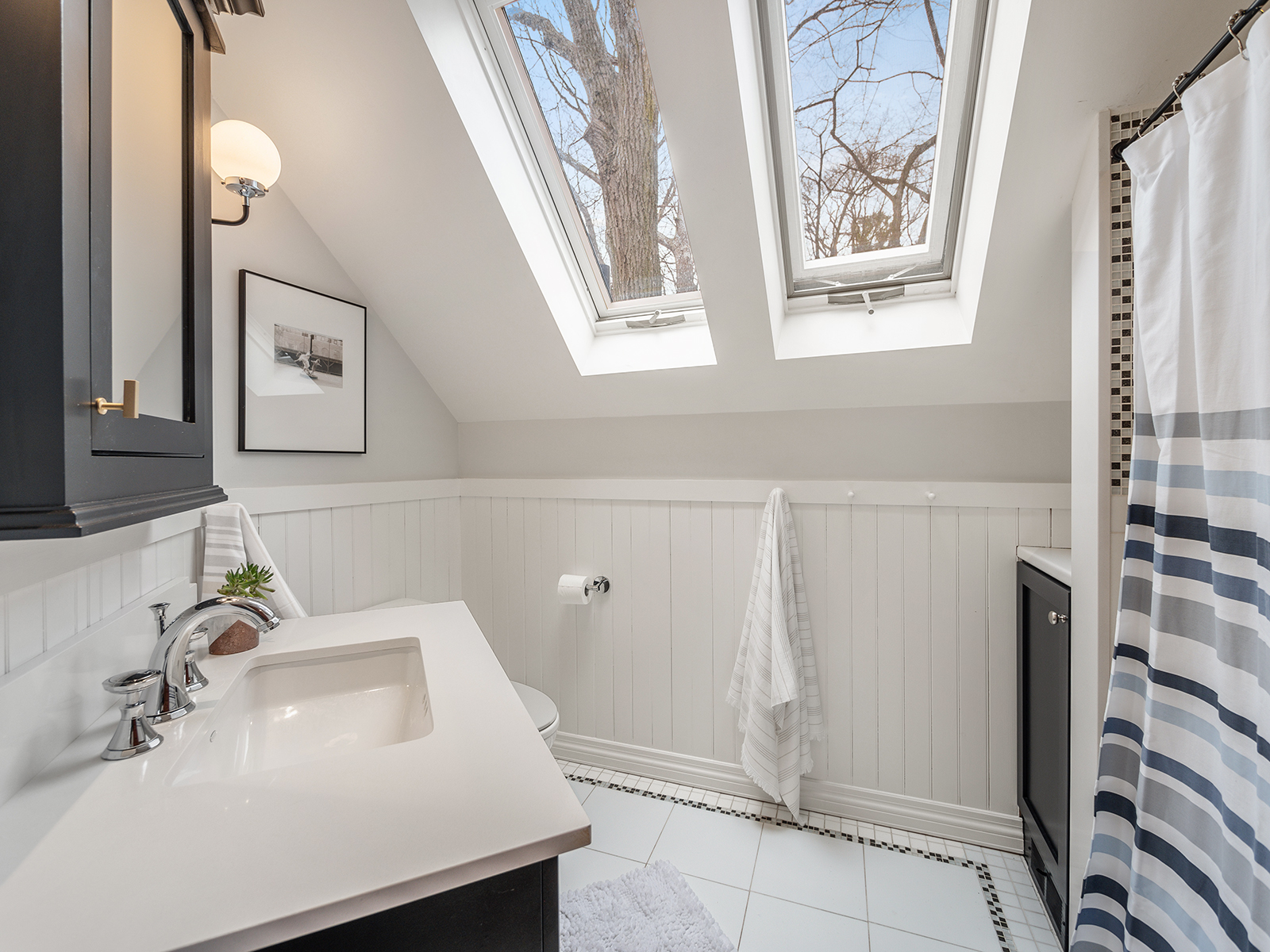 The primary bedroom has two walk-in closets and another walkout to a private terrace: 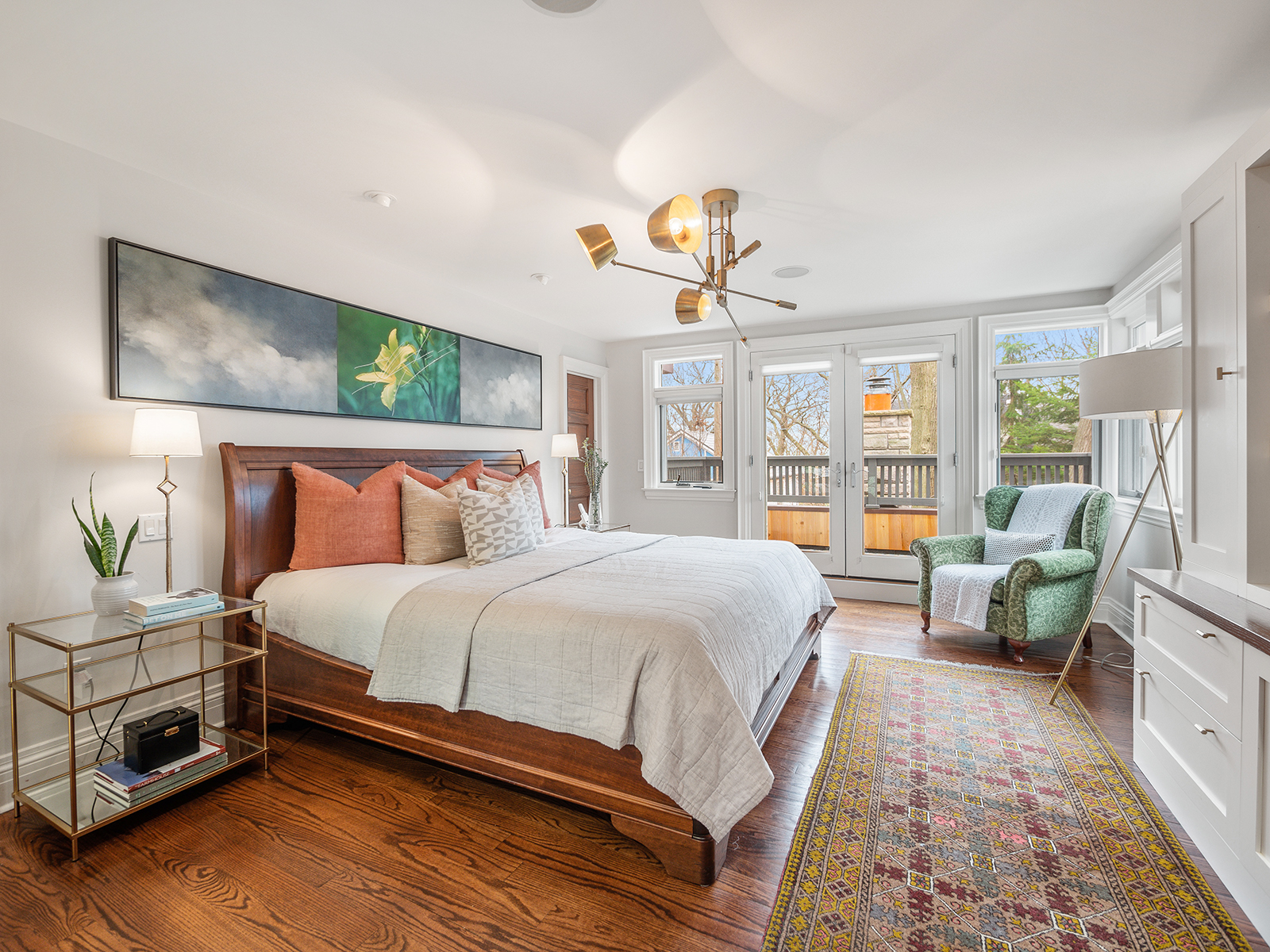 In the primary ensuite, there’s a walk-in steam shower with a built-in bench: 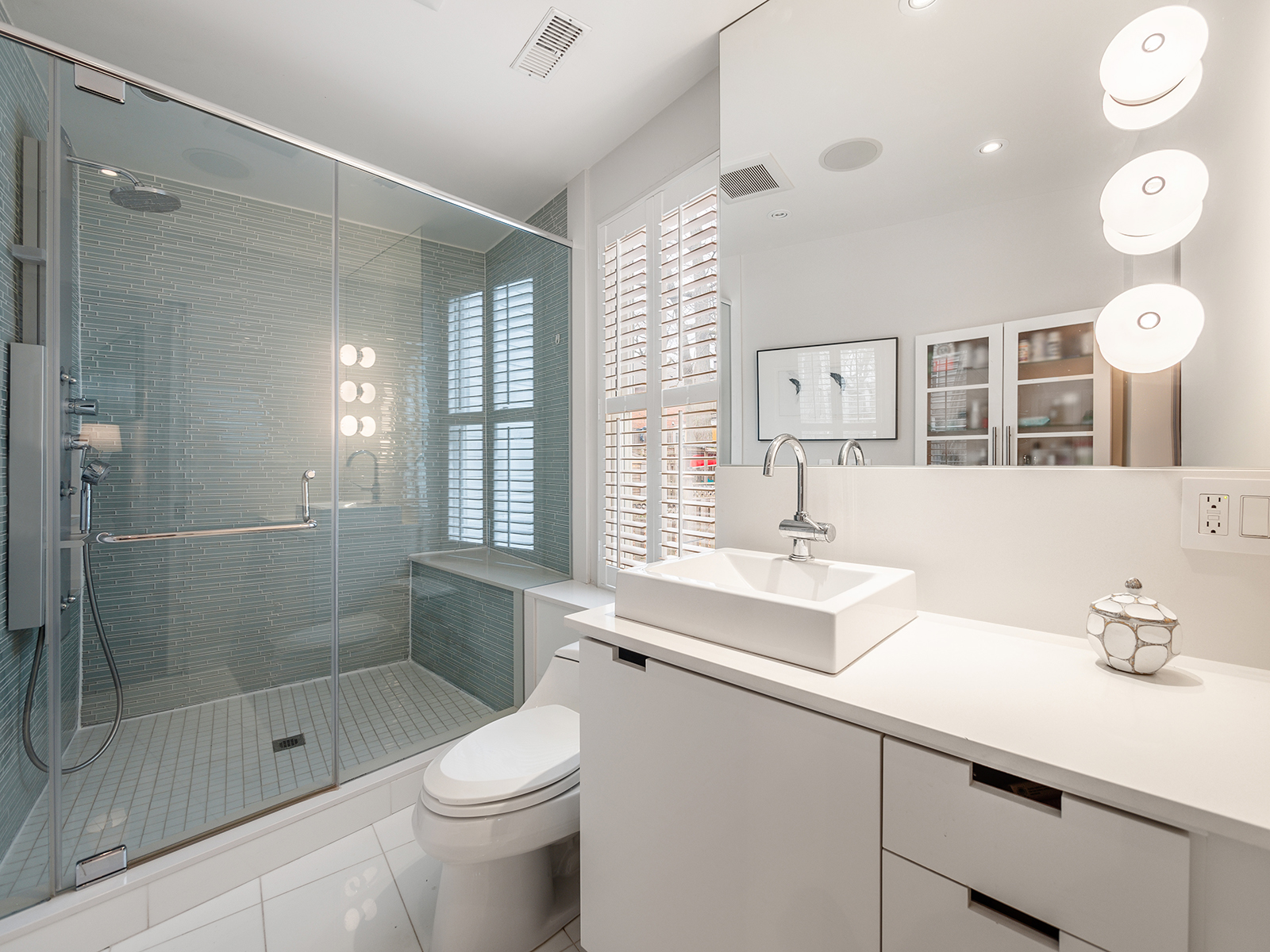 The basement has a family room with carpeted flooring. There’s also another laundry room on this level: 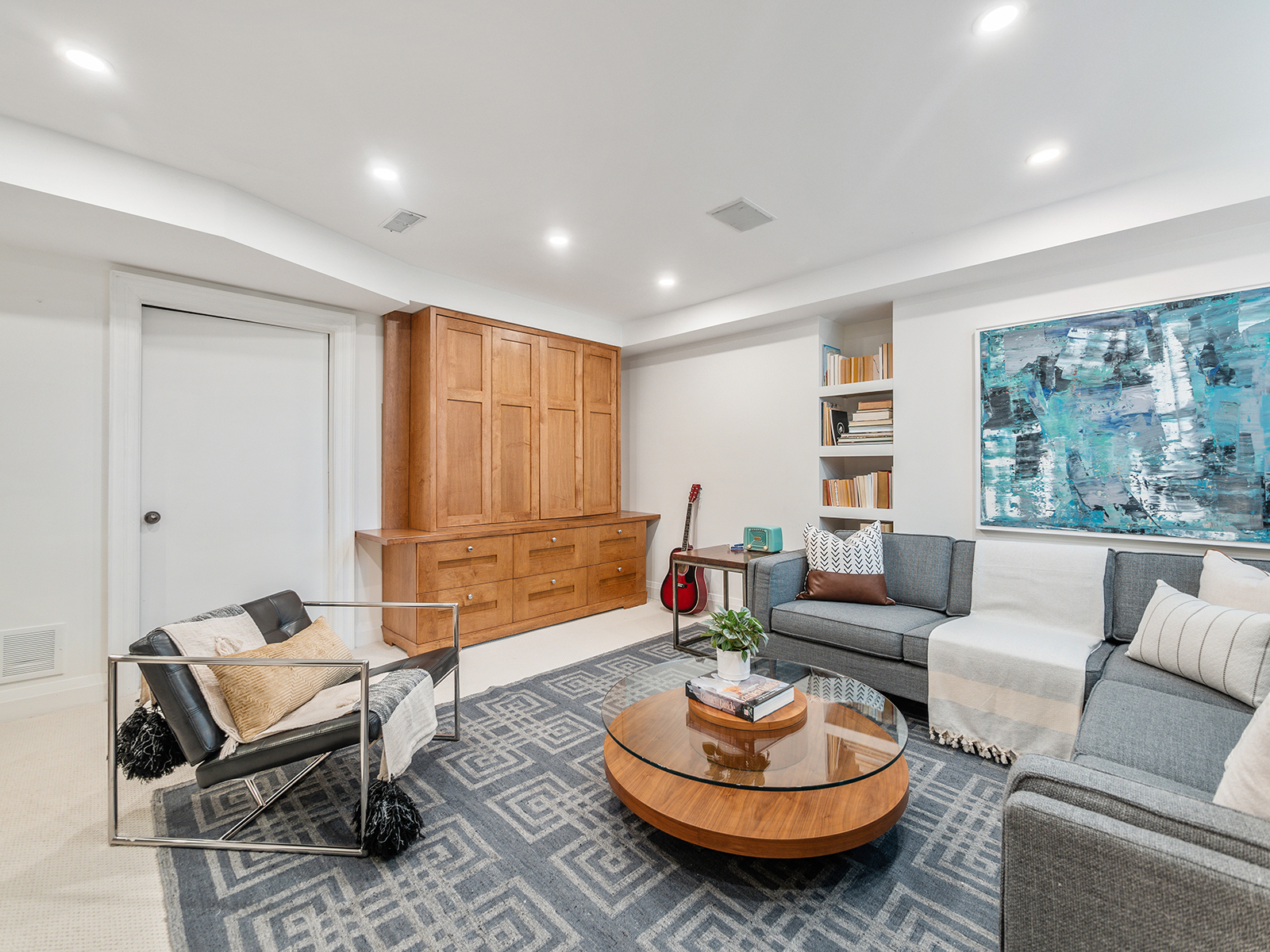 Here’s the bathroom in the basement, with a walk-in shower: 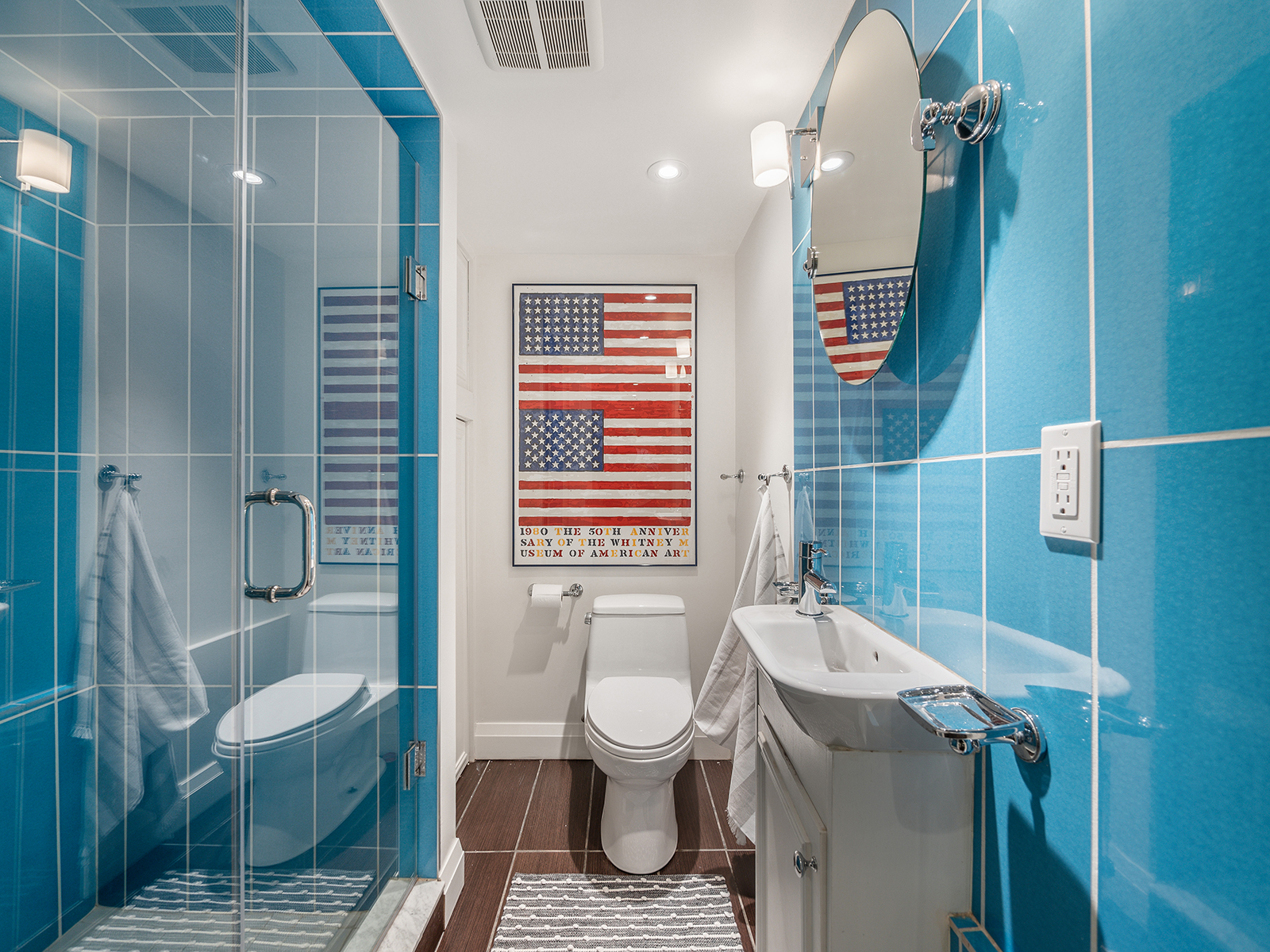 This room is currently set up as a gym: 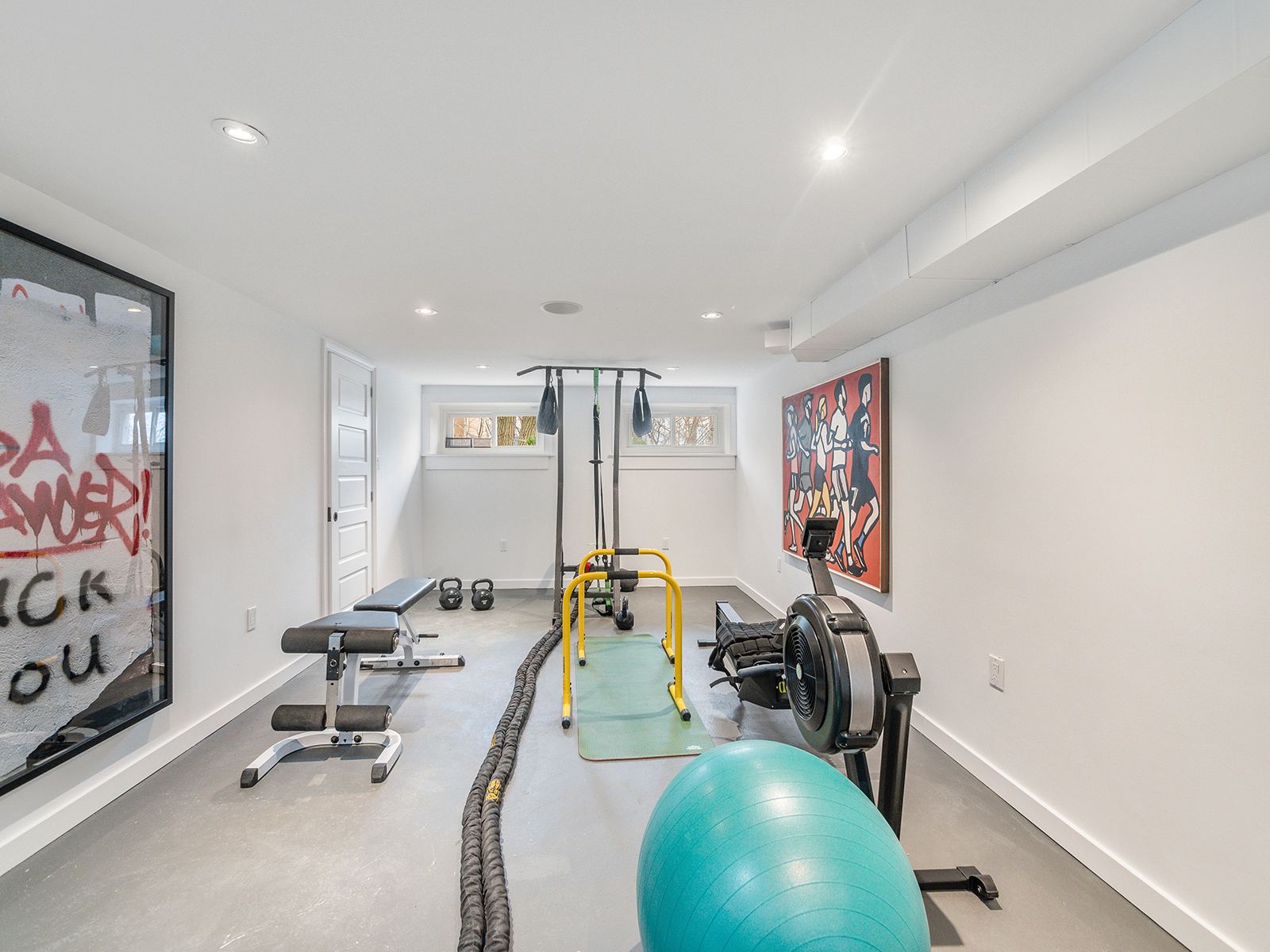 The backyard has a gas firepit: 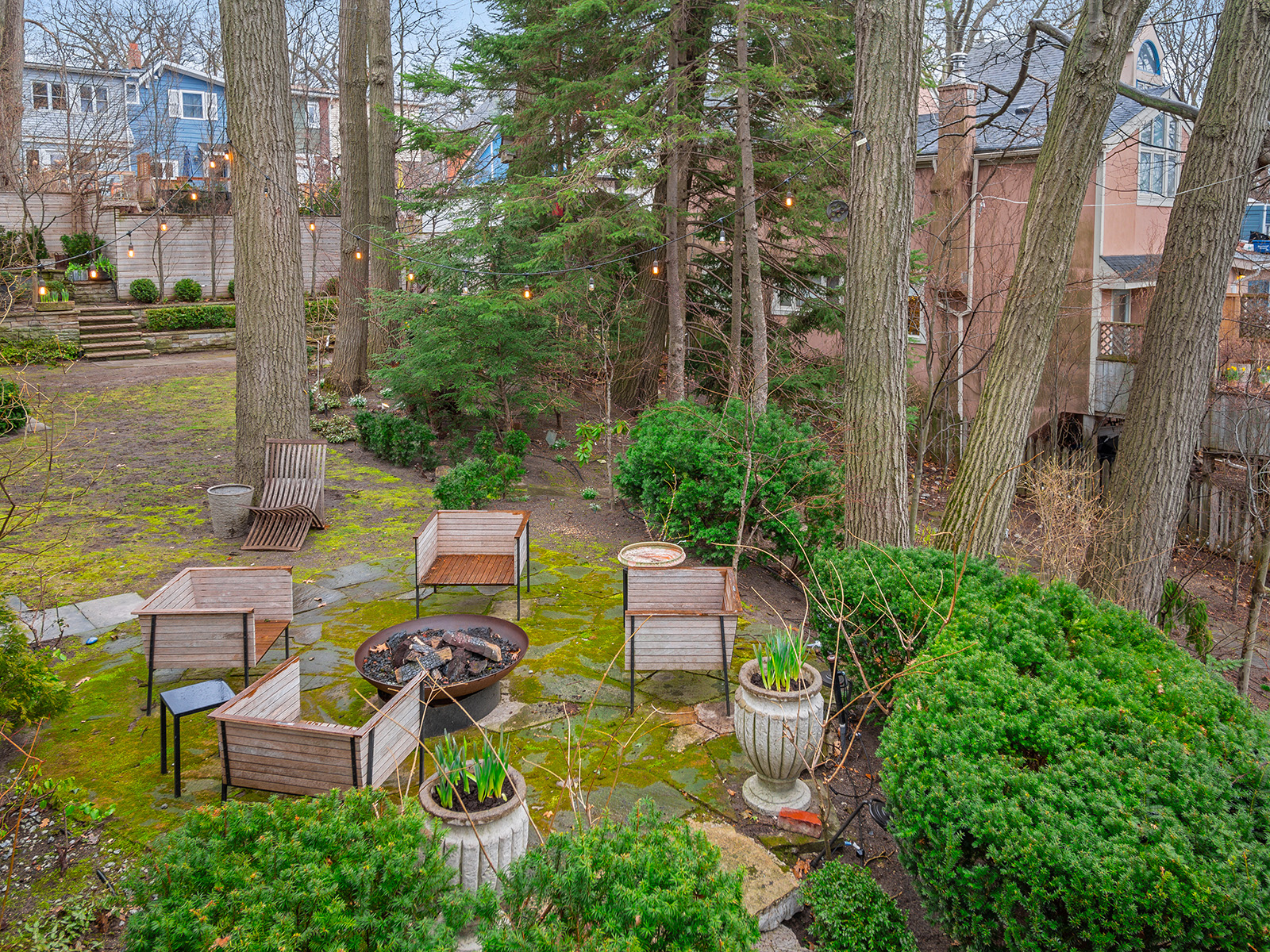 And there’s a whimsical playhouse outside for the kids: 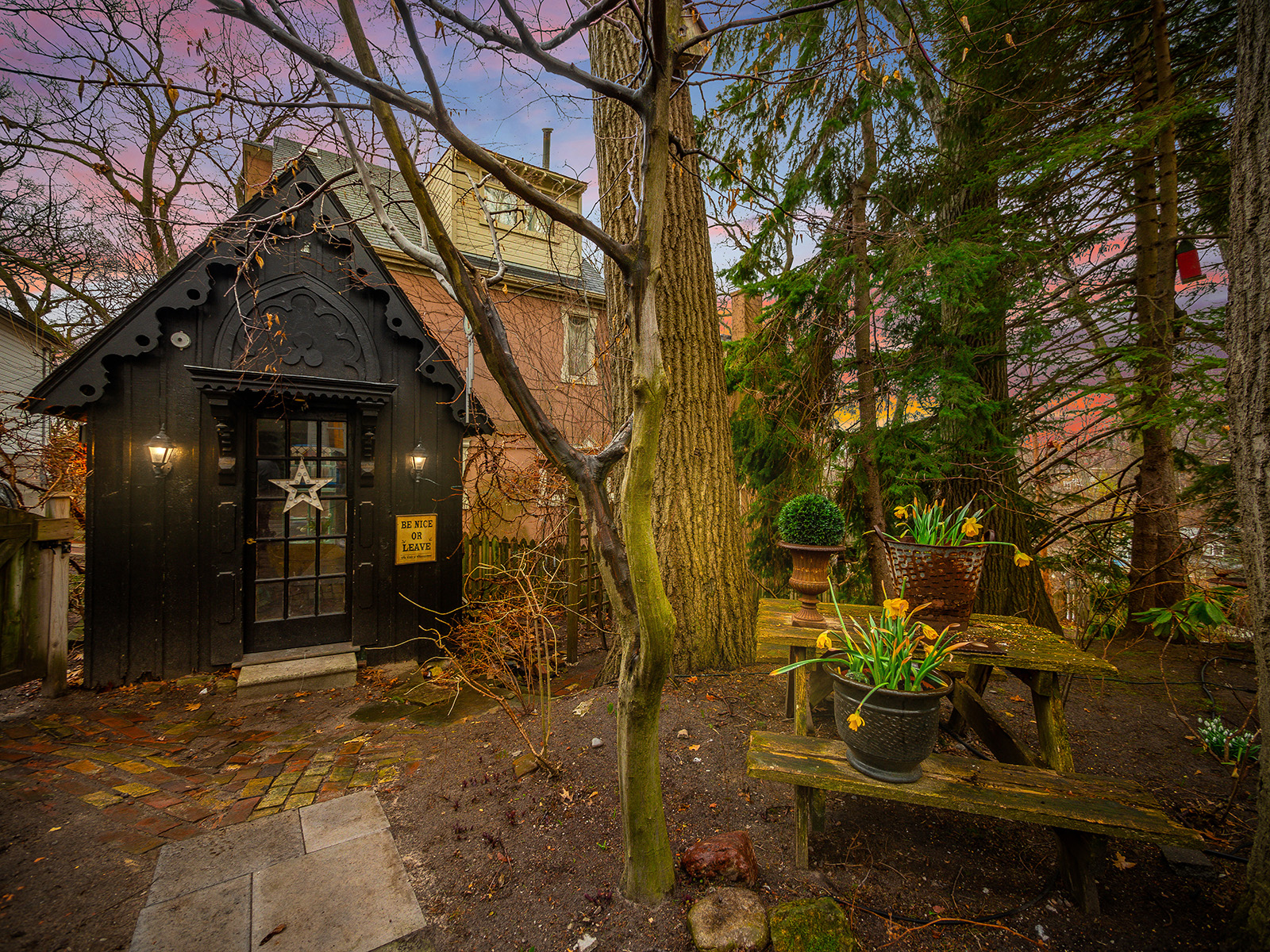 Here’s another exterior view of the home, where you’ll see another deck area: 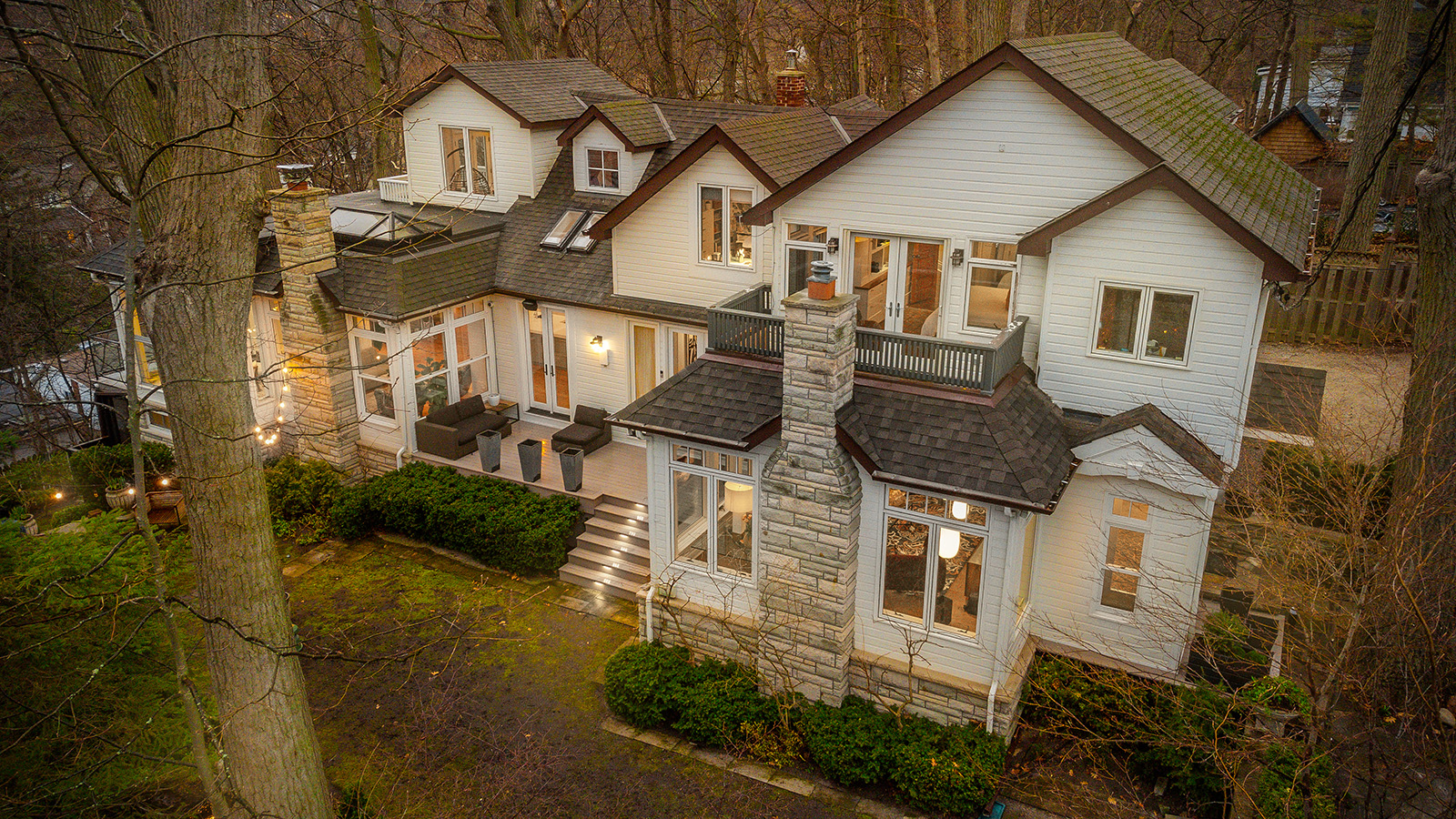