The history: Franz and Karen met as roommates in 1989, when they both moved into a four-bedroom home on Markham Street, right near Honest Ed’s.

In 1998, they found a three-storey detached home on Bartlett Avenue, a few blocks west in the Bloorcourt neighbourhood, listed for $265,000. The three-unit house had a two-car garage facing the back laneway.

They liked the community and that it was close to amenities and transit, which was helpful since they’ve never owned a car. They put in an offer of $262,000 and the owner accepted.

Over the years, the couple completed major renovations throughout the house, with Franz estimating that they put at least as much money into renovations as they paid for the property back in 1998.

The laneway house: In 2018, Franz and Karen began thinking about retirement.

“What most people do is sell their house and move somewhere else,” said Karen. “We’re not going to be moving out into the country and we really love this neighbourhood. We started to think of how we could stay in the neighbourhood and age in place.”

In late 2018, Karen brought up the idea of building a laneway house where the garage stood. Franz, who had heard about the recent change to zoning by-laws that would allow laneway housing in Toronto, agreed that it could be the perfect solution. They imagined moving into the laneway house and renting out the main house to bring in some extra cash. “That would be our pension,” said Franz.

In addition to adding a home to grow old in, the couple saw it as a way to reduce pressure on housing in the city and allow them to pursue their dream of building a house that was as green as possible. (Franz has been pursuing green solutions for the past 30 years. He was an environmental advisor to former Toronto City Councillor Jack Layton, and advocated for a variety of energy-efficient programs in the city.)

In the summer of 2019, the couple hired architect Monica Kuhn, who, according to Franz, has a reputation for designing green buildings. In addition to designing their laneway home—the space needed to be suitable for older adults, with features like wider staircases and doorways—Kuhn could help them navigate the city’s requirements for laneway housing, like being close enough to a fire hydrant and far enough from the neighbours’ house.

The couple hoped to complete the permit application by the spring of 2020. Then the pandemic arrived, and they decided to hit the pause button on the project. With all of the uncertainty in the first few months of the pandemic, Franz and Karen were wary of committing to such a major project. Eventually, they picked it back up in the fall of 2020 and submitted the application in April of 2021.

By June of 2021 they had their approvals and were ready to begin construction. The couple hired South Park Design Build and just six months later, in December of 2021, the work was complete. All told, the couple spent roughly $550,000 to build the laneway house. Franz estimates they paid about $20,000 more in material costs because of Covid. 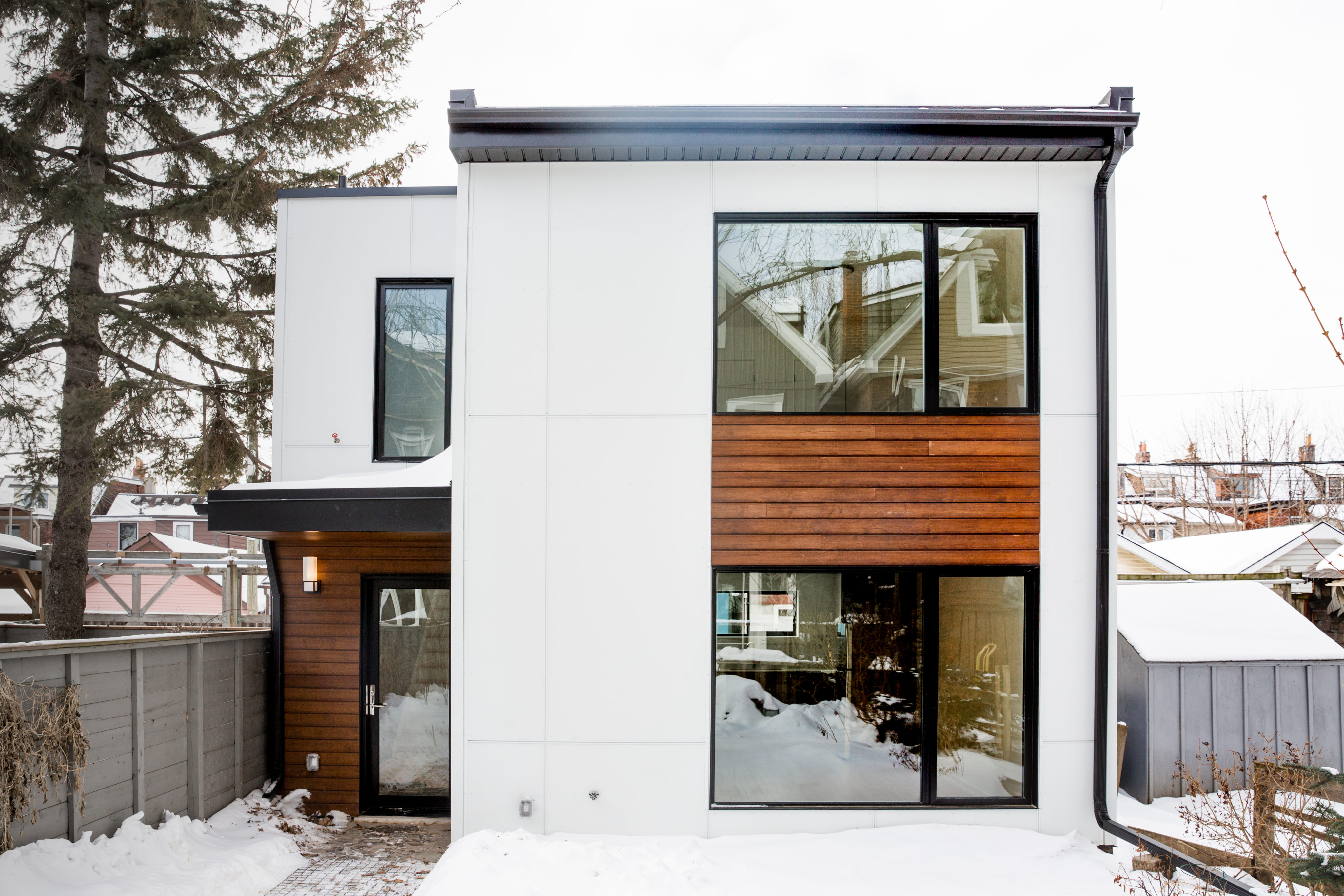 The two-bed, two-bath unit had hardwood floors throughout, a washer and dryer; and an open concept living room, dining room and kitchen. 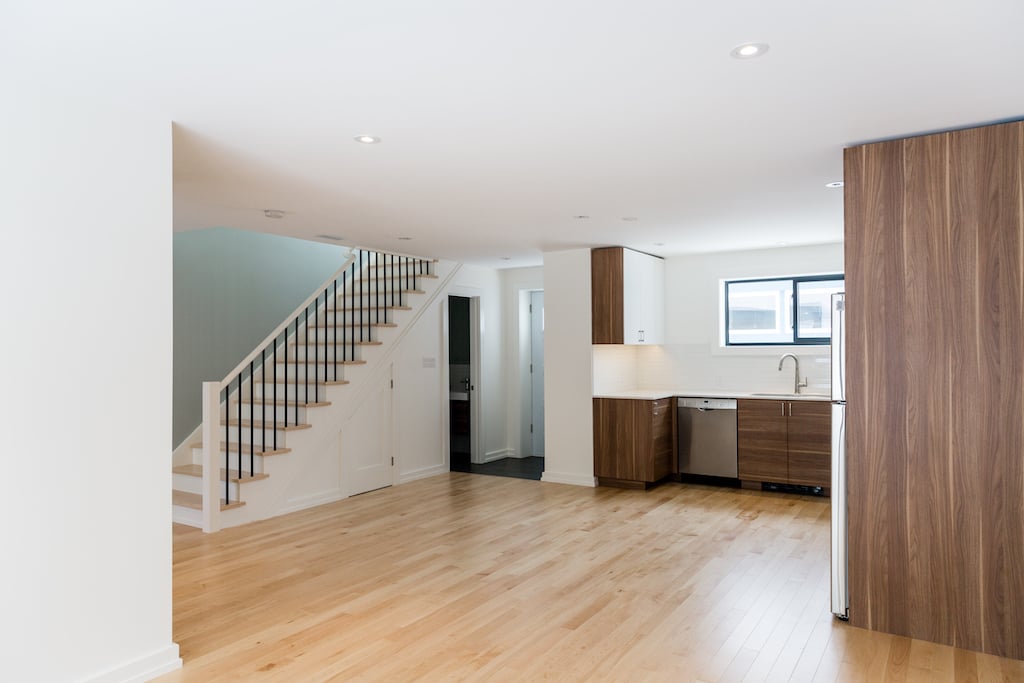 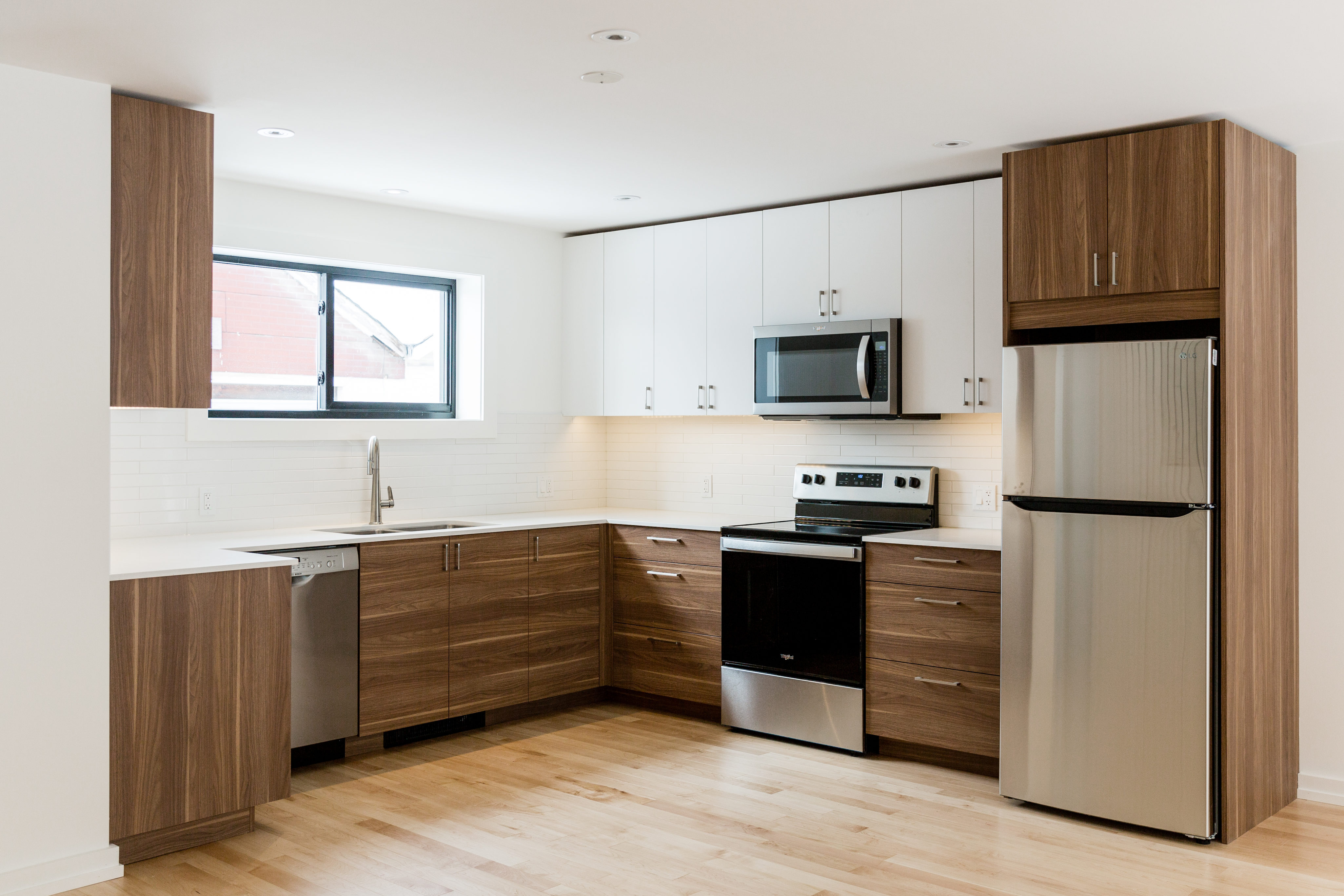 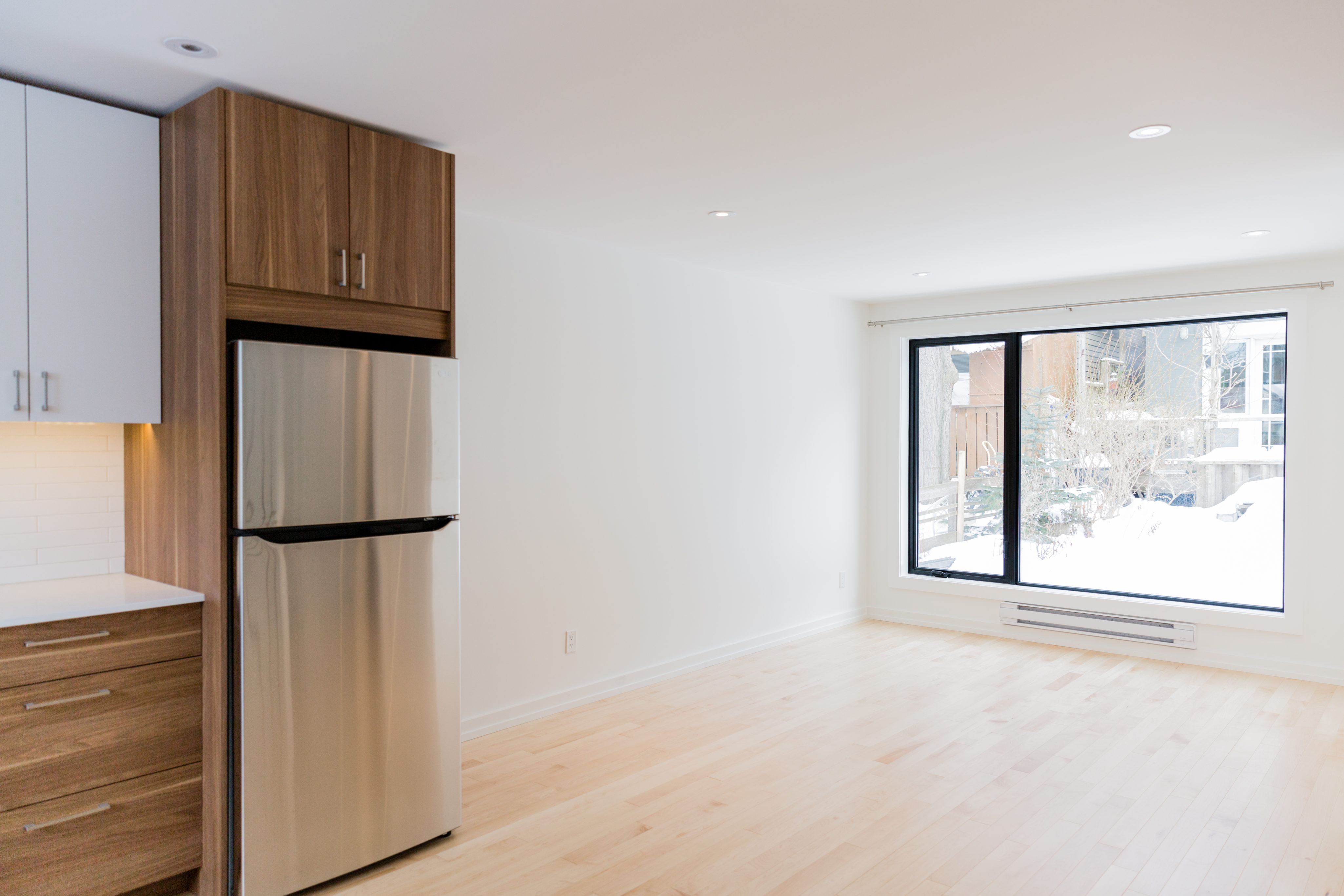 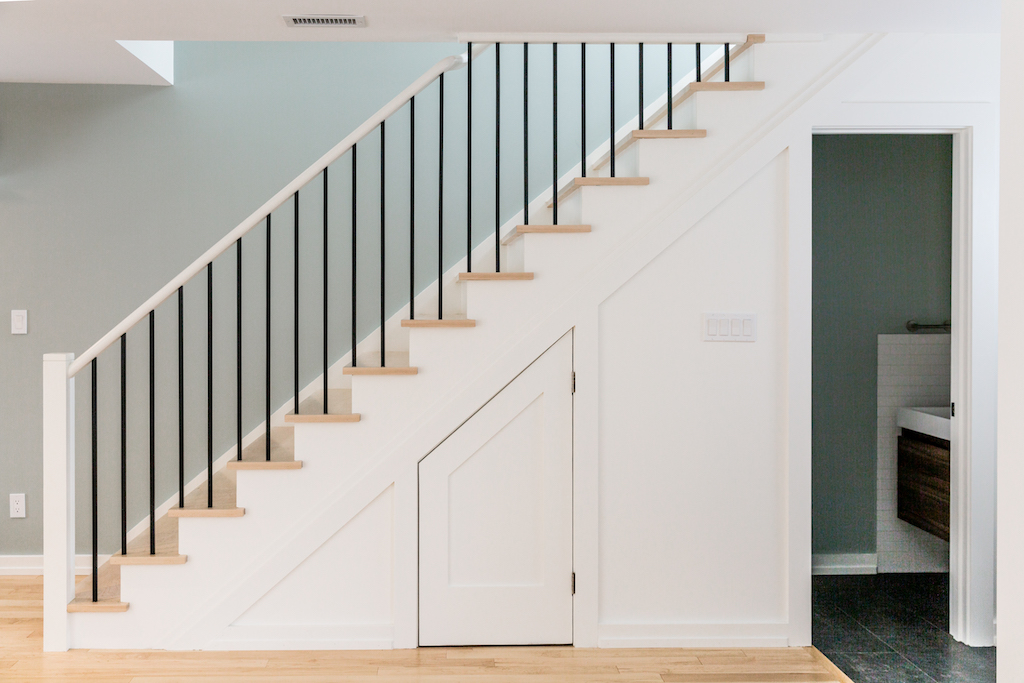 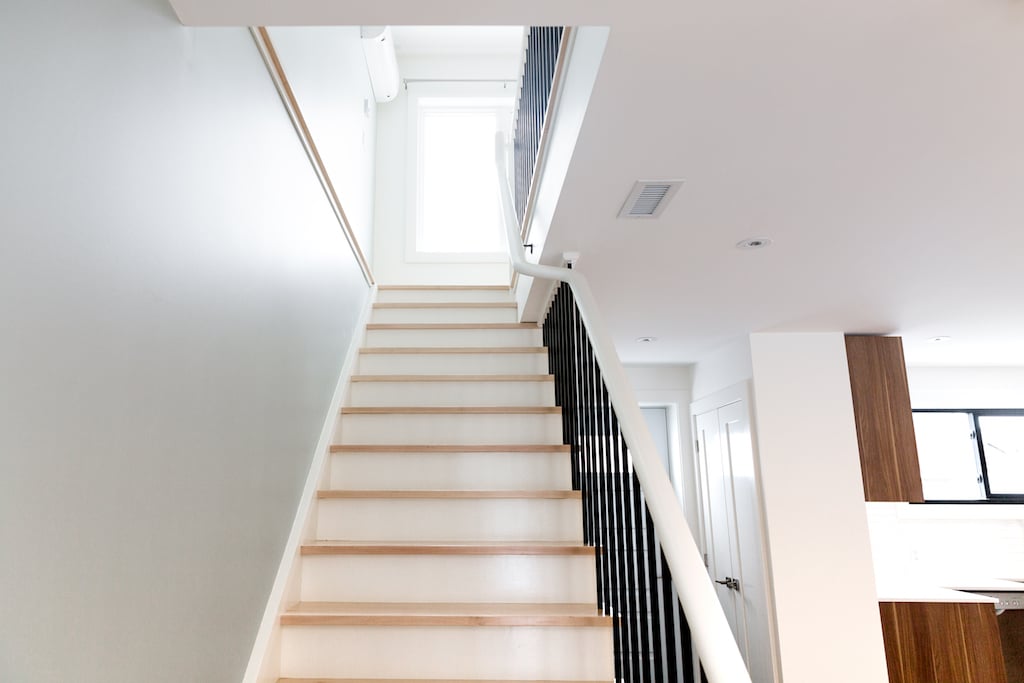 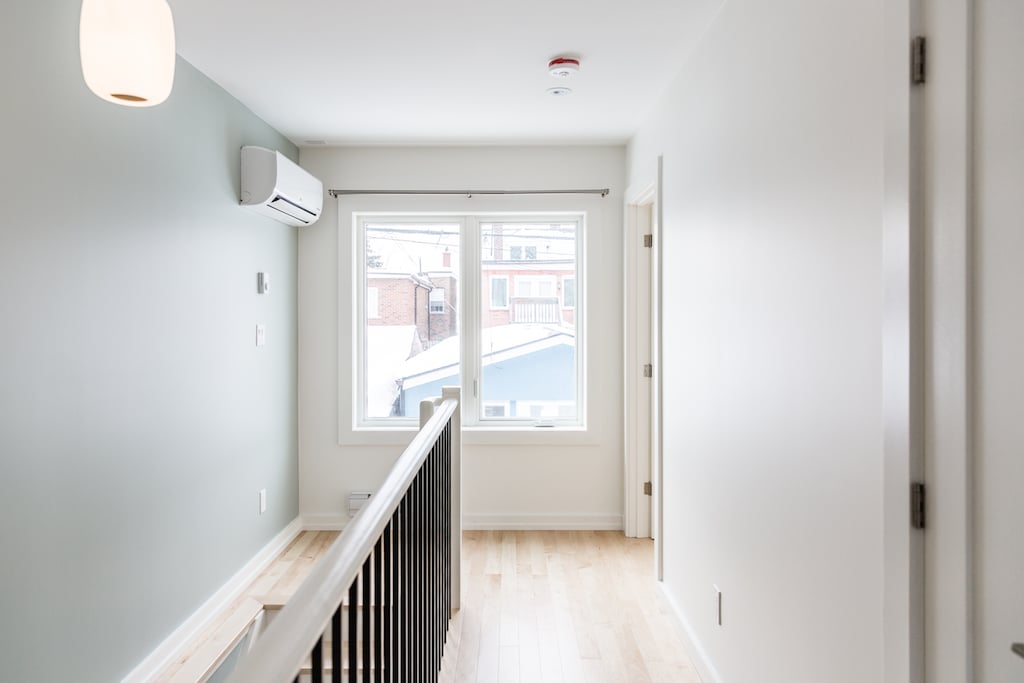 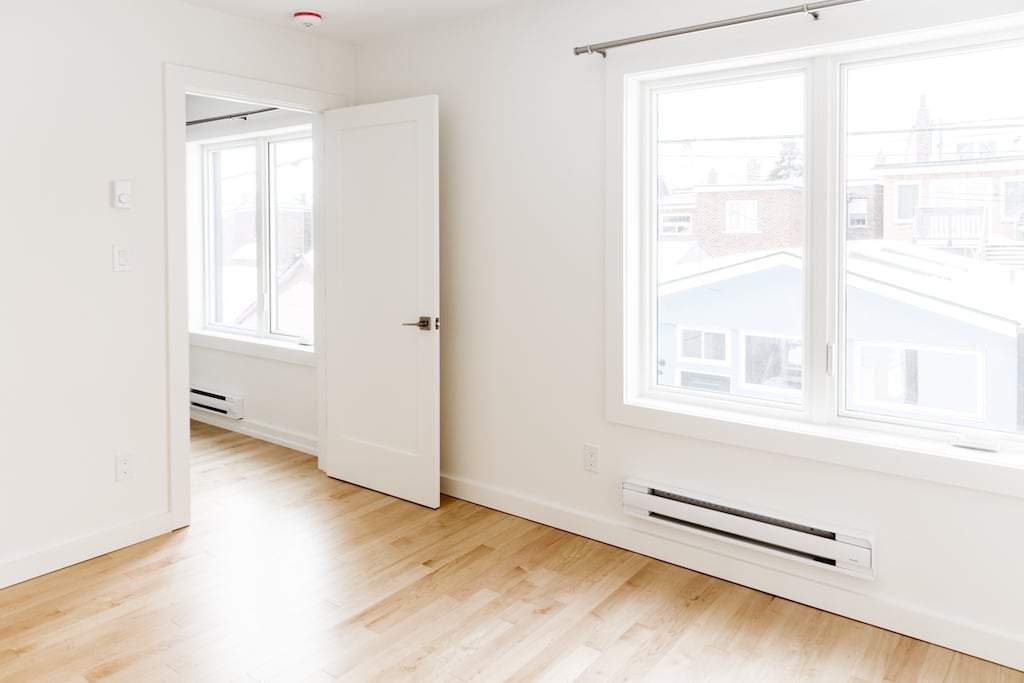 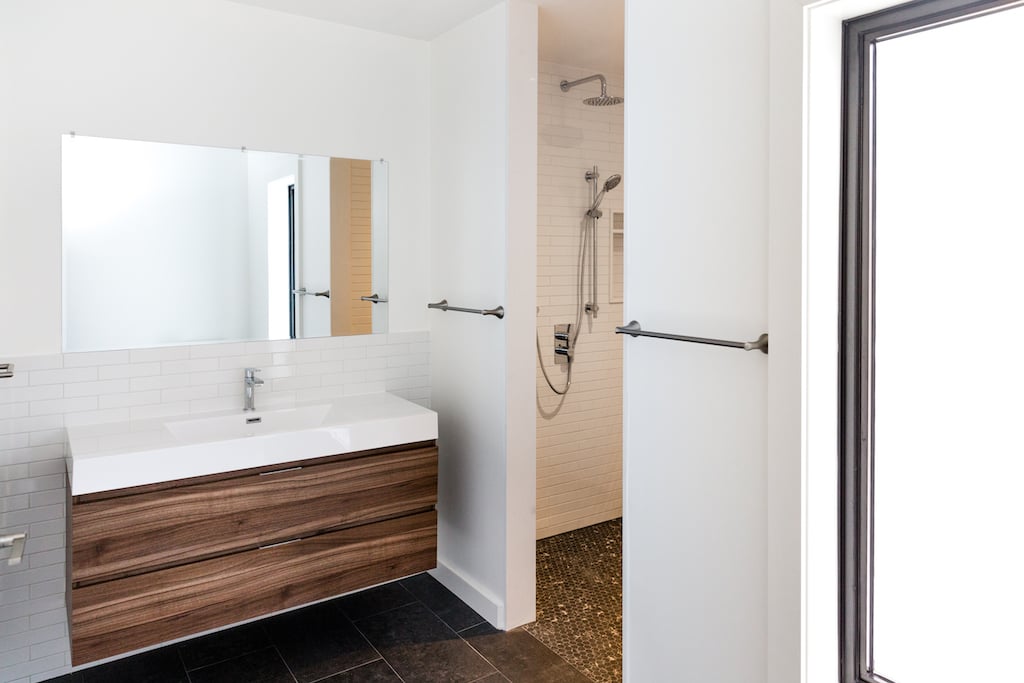 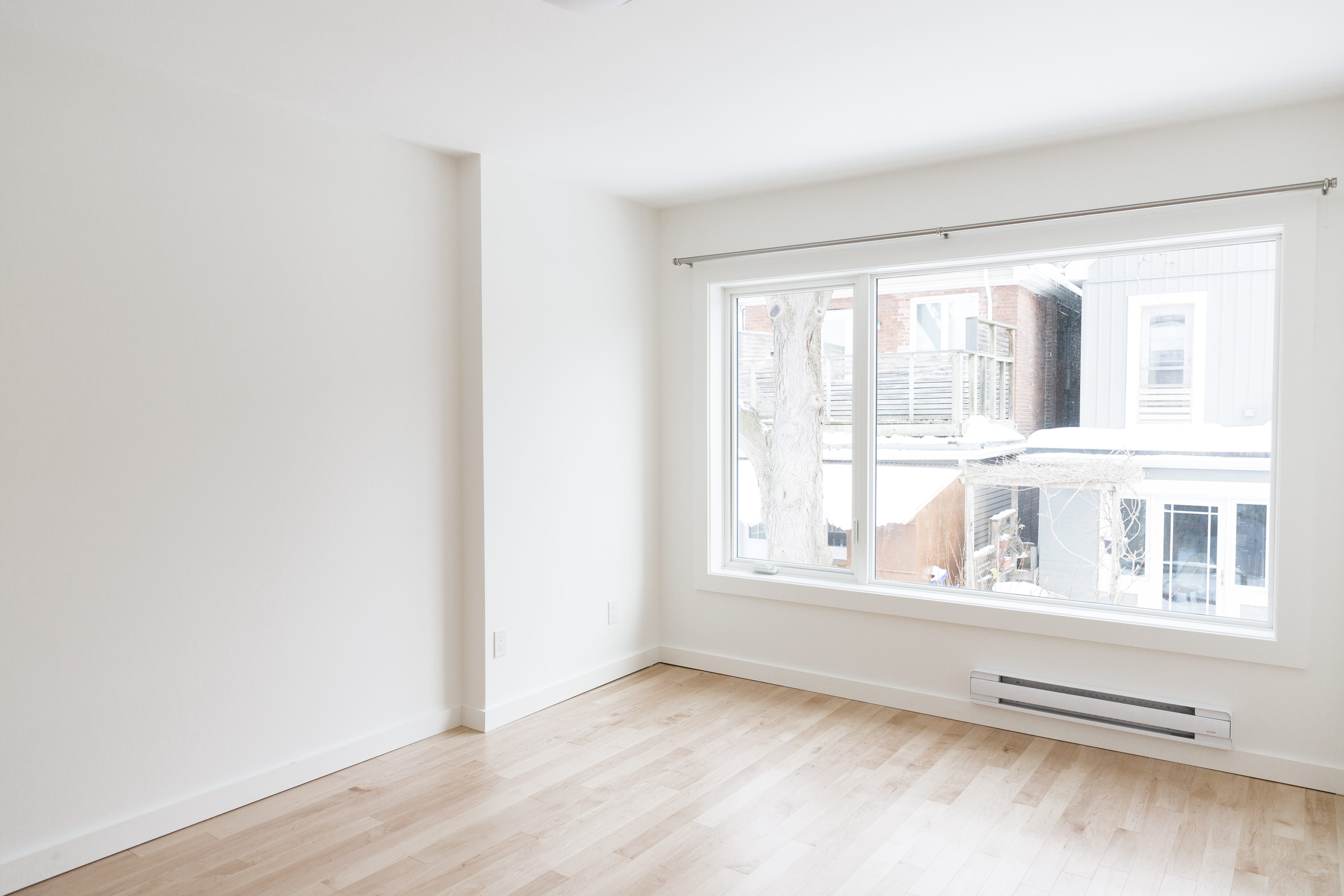 True to their vision, the couple added several elements to make the home environmentally friendly, including electrical heating instead of natural gas.

“It’s really well insulated and this ensures that energy use is minimized,” said Franz. “We looked for the most energy-efficient appliances we could find and afford, including the washer and dryer, fridge, stove, dishwasher and heat pump.”

The couple would like to install a green roof by the summer of 2022, which will help reduce the heat island effect (how urban areas experience higher temperatures) and absorb rainwater, and will be attractive to the neighbours who look onto the house.

In mid-December, they created a PDF package of the listing and sent it out to their friends and professional contacts. They preferred finding tenants in their network, rather than complete strangers.

Sure enough, Franz received a call from a couple he knew. After a quick showing, the tenants signed a lease on December 23, for $3,200 a month plus utilities.

The experience was so positive that it’s become an inspiration to the rest of the neighbourhood. The couple said that, on their block, another laneway home is under construction, several are at the permit stage, and a few other neighbours have expressed interest in building one of their own.

Franz and Karen love how the laneway home turned out and are excited by the thought of moving in, which could happen in about five years. They think laneway housing can be an important option for aging in place.

“Because of Covid, we’ve seen what happens when you get older,” said Franz. “If you get stuck in a seniors’ facility, it can be miserable. The laneway house idea, as long as you don’t require regular health intervention, can be a beautiful way of keeping yourself in a neighbourhood.”