The history: In early 2020, Liv and Sam were living and working in Wellington, the capital of New Zealand. They wanted to try living abroad, and Liv’s company had offices in Toronto, so she applied for a transfer. Sam figured he could find work after they moved.

Neither of them had ever been to North America, and they knew very little about Toronto, aside from the CN Tower and the Raptors. But Liv wanted a new career challenge, and they both liked the idea of taking trips to Europe and South America, which would be much easier from Toronto than New Zealand.

The couple lived in a three-bed, one-bath house in Wellington, which they bought for $620,000 (CDN) back in 2018. The rental market in Wellington was healthy, so finding tenants wouldn’t be a problem.

In June 2020, just after the pandemic hit, Liv officially got a job offer at her company’s Toronto offices. They had to wait a few months for their work visas to be processed, but Liv started working remotely, waking up as early as 3 a.m. for meetings.

Because of the Canadian lockdowns, they decided to move to Toronto in the spring of 2021. In the meantime, they could enjoy summer in New Zealand while packing up and finding renters.

The hunt: Upon arriving in Toronto in April of 2021, the couple stayed at an Airbnb in CityPlace while they looked for a longer-term rental. They connected with another couple from New Zealand, Allannah and Paul, who also made the move to Toronto and worked at Xero.

In July, Allannah and Paul were approaching the end of a lease on a one-bedroom condo in Harbourfront, so the couples decided to find a place to live together.

It would need at least three bedrooms, since everyone would be working from home at least a few days a week and needed separate spaces to work. Each bedroom would be used as an office, and the living area or kitchen could be a fourth workspace.

They decided to look for a condo, since it would require less maintenance. And they wanted to be downtown, close to entertainment and amenities, so they considered locations as far west as Liberty Village and as far east as Leslieville.

In early July, they found a three-bed-plus-den, two-bath in Liberty Village, with a monthly rent of $5,300. 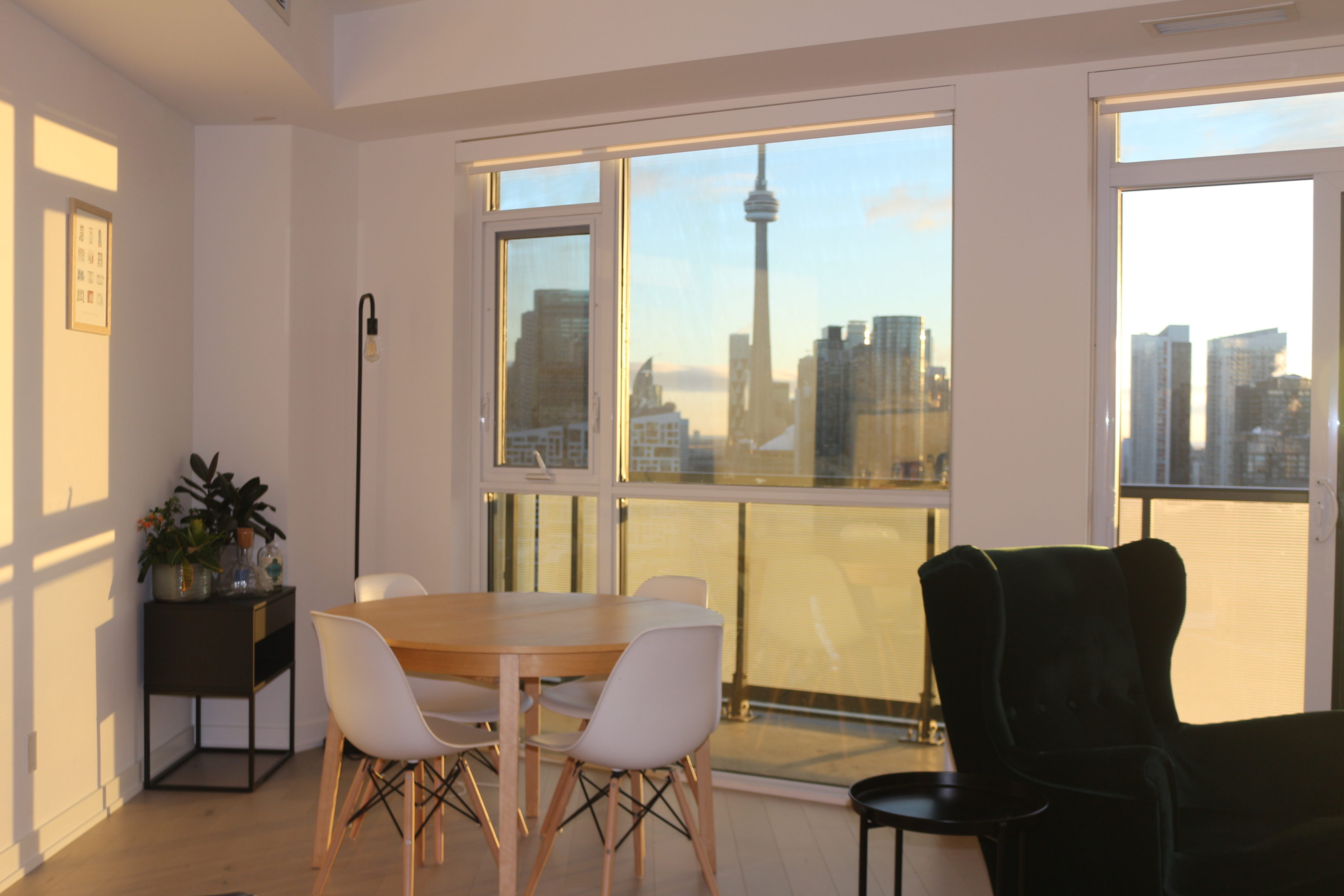 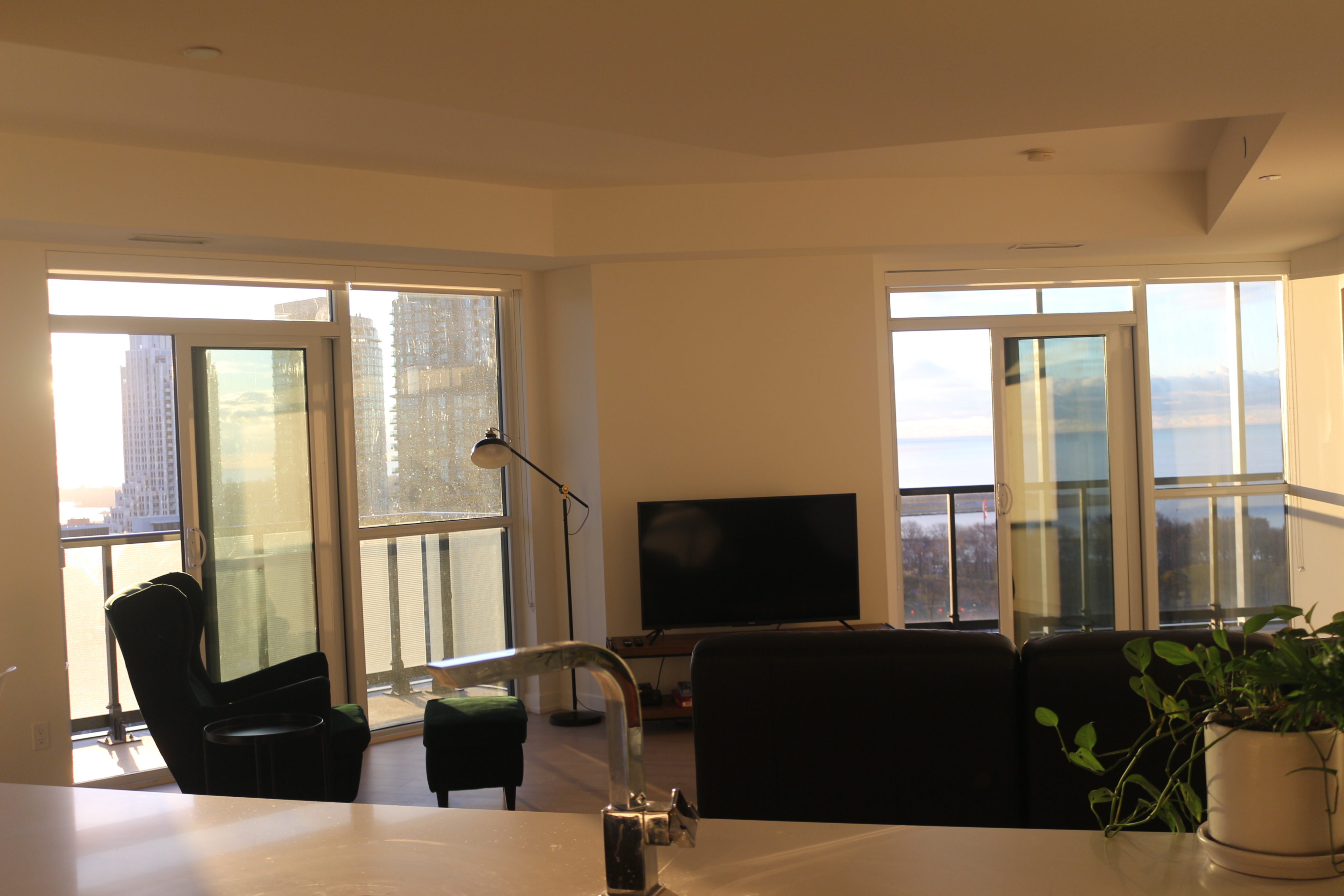 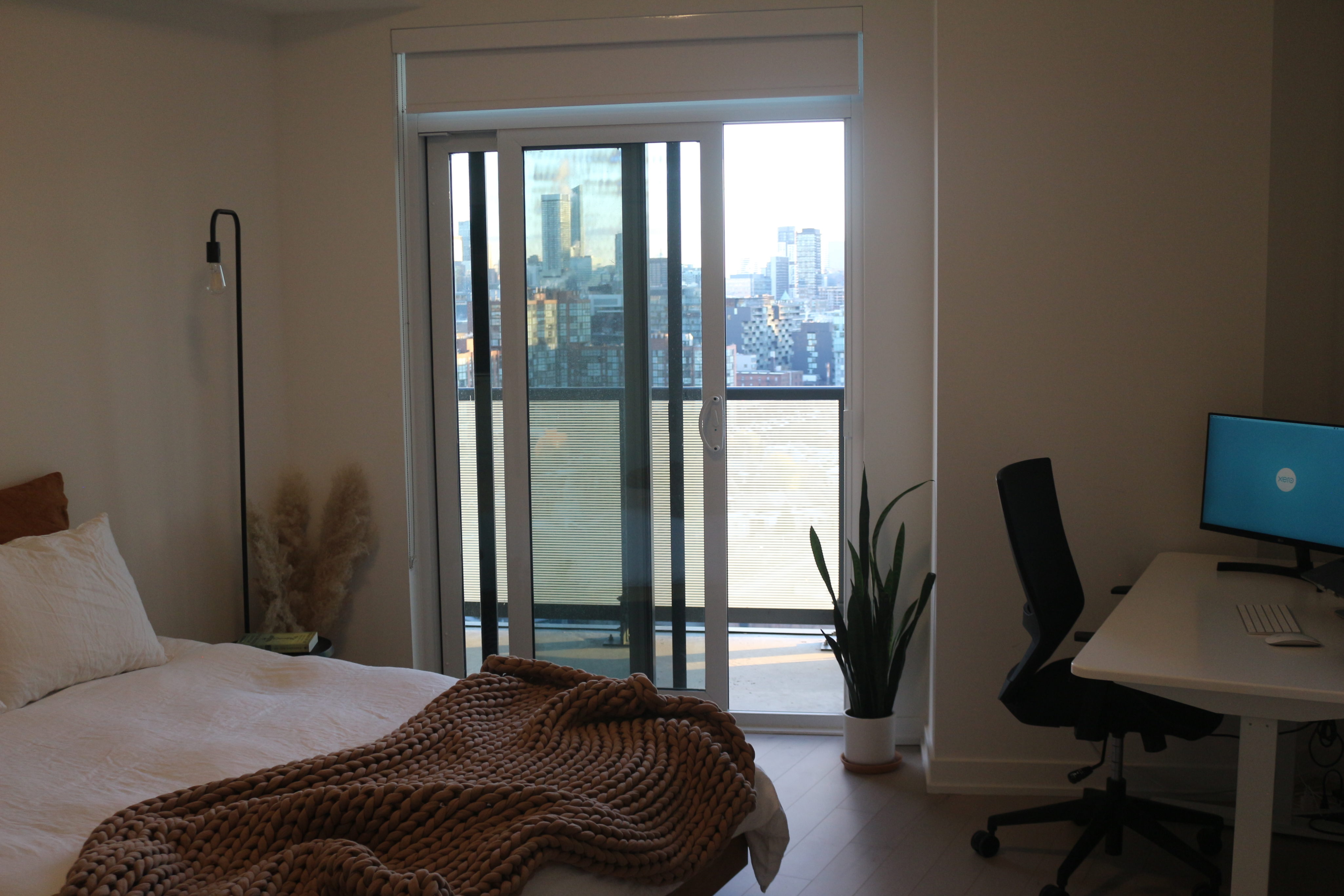 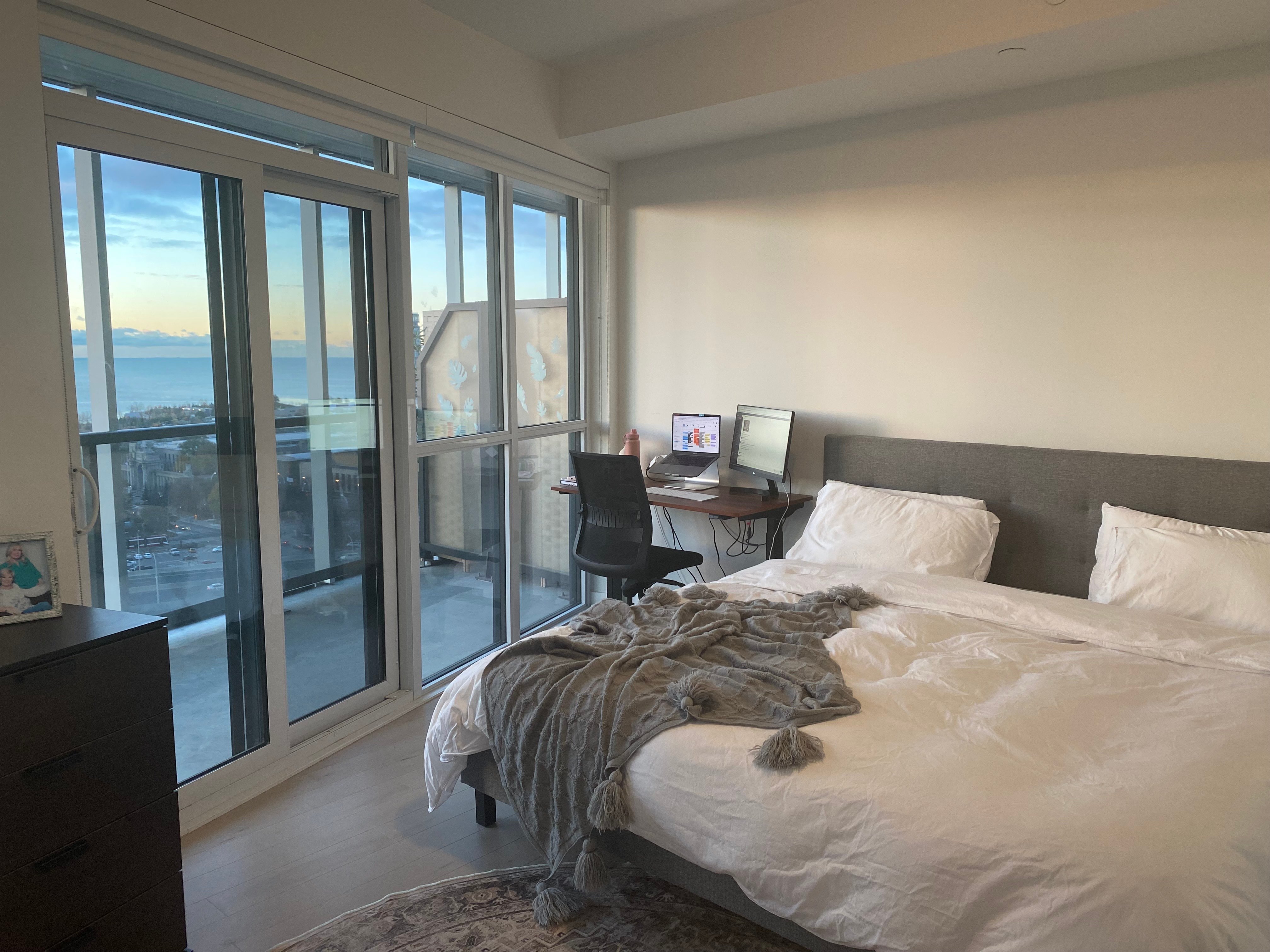 It had enough space for everyone to work, there were plenty of shops and cafés nearby, and it was just a 20-minute streetcar ride to the Xero office at Queen and University. So they snatched it up.

The outcome: Allannah and Paul took the main bedroom, and since it’s bigger and has a larger balcony, they pay $2,800. They also use the den as an office. Sam and Liv pay $2,500 and get to use the other bedrooms.

A few weeks after moving in, Sam found a job as an account manager at a tech company. Liv set up her desk in the bedroom, but she goes into the office a couple of times a week. Sam’s desk is in the second bedroom. All four of them eat dinner together twice a week, alternating between dining out and making a meal at home.

Now that they’re settled, Sam and Liv have taken a few short trips around Ontario. They went on a three-day portage in Algonquin Park, spent a weekend in the Niagara region and visited Montreal. They’ve also planned trips to Vancouver, Costa Rica and Los Angeles.

Liv and Sam are enjoying their new routines in Toronto. They love having so many great restaurants and cafés nearby (Brodflour and Found Coffee are favourites). They’ve already taken advantage of all of the sports teams here, going to Leafs, Blue Jays and TFC games.

They’re still renting out their place in Wellington, and they’re using that money to cover the mortgage. Prior to Covid, Sam and Liv figured they would stay in Canada for two years—their work visas are valid for three. But since getting settled in Toronto, they’re keeping their options open. “We’re just living in the moment for now,” says Liv.