This couple got pregnant during the pandemic—so they bought an $850,000 bungalow in East York

This couple got pregnant during the pandemic—so they bought an $850,000 bungalow in East York

Who: Daniel Moylan, 32, an account executive at Softchoice, and Emily Moylan, 32, a business development manager at Dass

The buy: A 760-square-foot bungalow—with two bedrooms, one bathroom and a basement suite—in East York

Daniel: I was born and raised in Toronto. My family lived in a little semi-detached house, just north of the Danforth. There were six of us, my parents, my sister and two brothers. I went to Queen’s for university to study phys-ed and life science. I’d been hoping to play soccer there, too, but I ended up getting cut from the team.

Emily: I grew up moving around the western suburbs with my two sisters and brother, from Etobicoke to Mississauga. After high school, I went to Queen’s to study art history and Spanish. That’s where I met Daniel.

Daniel: I was hanging out with some people in residence when Emily came by to collect her friend. Nobody introduced us. She came in, got her friend, gave me a big smile and left. I just thought, Wow, she’s incredible.

Emily: We hung out a lot that year, but in second year everyone went their own way, getting apartments and houses with different friends. Daniel and I always kept in touch, but it was one of those things where the timing never seemed to work out. Then, in fourth year, we reconnected and the sparks were still flying. We kept hanging out and things took a romantic turn. None of our friends were surprised when we started dating. I think they knew something was going on before we did. 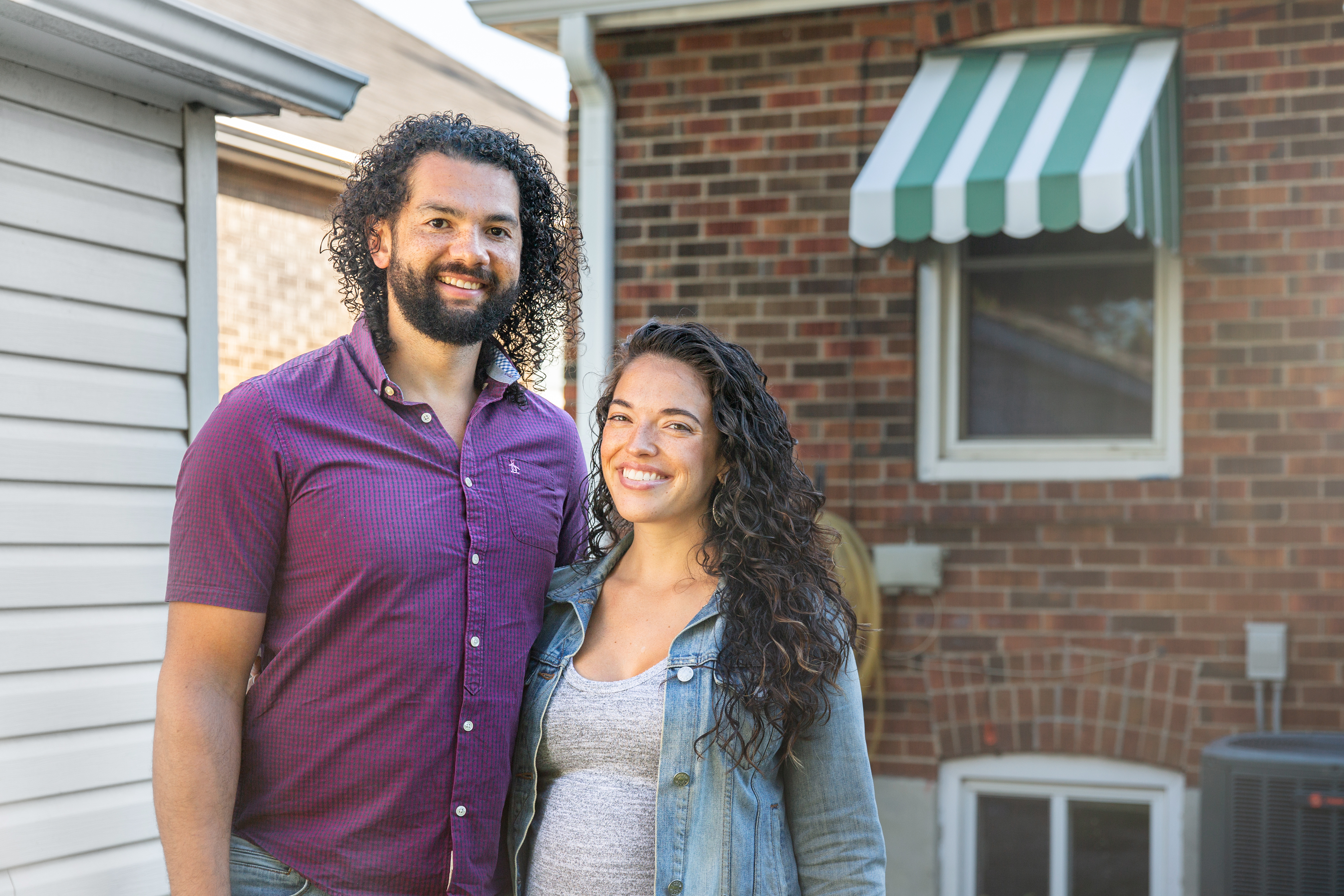 Daniel: We graduated in 2010, but I stayed in Kingston because I got a good job at a physiology lab on campus. Emily went back to Mississauga and lived with her parents, and we did the long-distance thing. I’d catch the Via Rail to visit her once or twice a month. It was pretty hard.

Emily: We moved to Europe together for a couple of years. I studied at New York University’s satellite campus in Madrid, while Daniel pursued his dream of being a professional soccer player. I ended up doing my master’s there, so we stayed for two years.

Daniel: When we got back to Toronto in 2013, we’d both run out of money, so we moved in with our parents again. I lasted longer than Emily. She moved from her parents’ place to a basement apartment in Roncesvalles, paying $900 a month. The place was dingy and mouldy, in an old low-rise building. Whenever it rained, water would drip from the ceiling. One night, I came over and we moved the bed because of the leakage—then part of the ceiling collapsed during the night, exactly where I would have been sleeping. Luckily, after three months, she managed to get out of the lease.

Daniel: It had a 100-square-foot balcony and a south-facing view of the Toronto skyline. We loved it, particularly the people on St. Clair. We were on a first-name basis with most of the local shop owners. We practiced our French every Saturday morning with Riane and Clara, the owners of Fleur de Jour, a French pastry shop; we got all of our meat from Ben at Roast, which has amazing dry-aged rib-eye; we hung out on the back patio of Aviv Immigrant Kitchen, this great casual Italian-Spanish restaurant, with the owners, Robert and Maria. We even knew our favourite baristas at Starbucks, Sally and Liz. 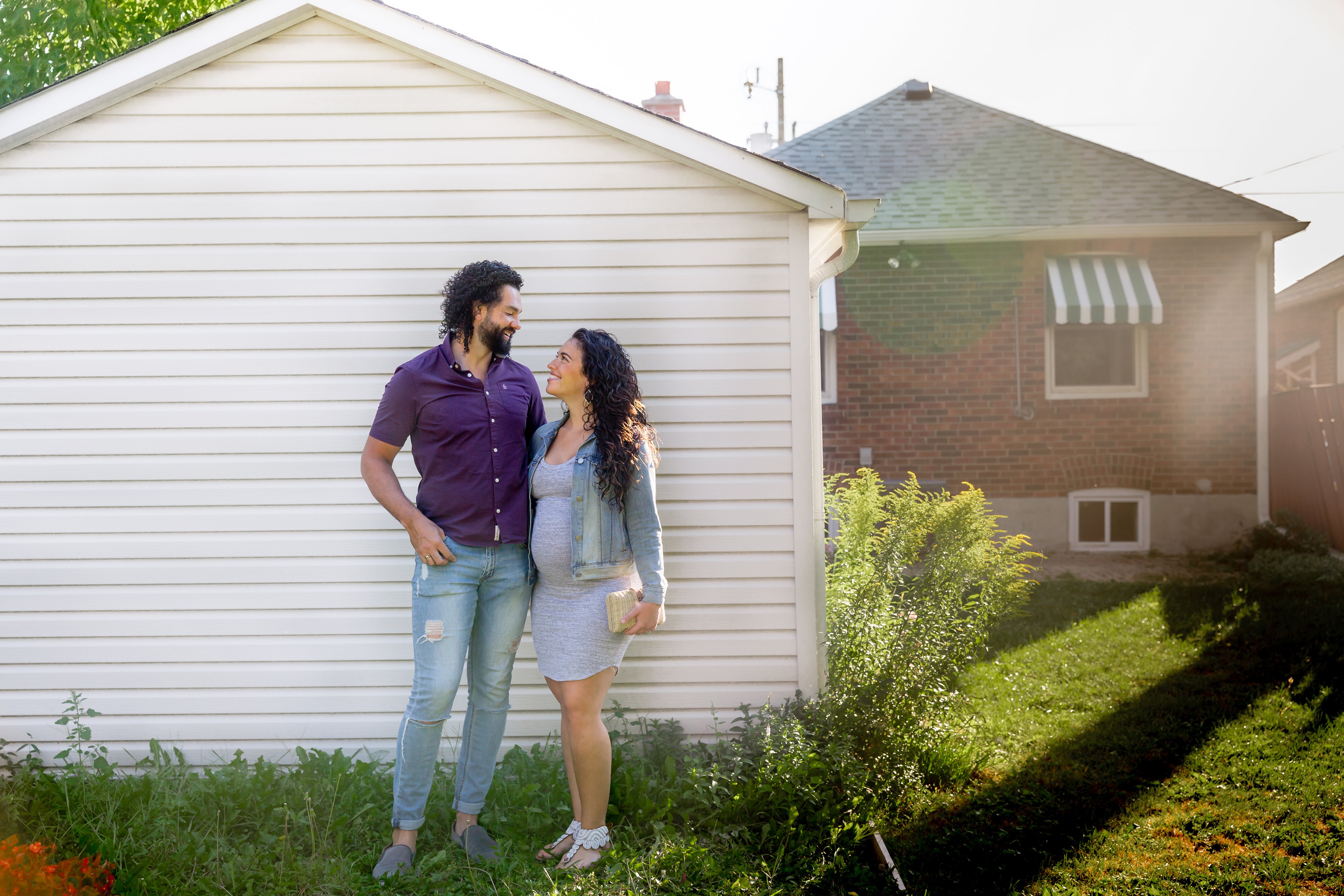 Emily: In 2017, Daniel proposed during a trip to Spain. We went to the Prado Museum early one morning and stopped at the Plaza de Cibeles. After he dragged me to the perfect spot, he asked me to hold his camera and got down on one knee, while our friend Alfonso took a picture. It was a very emotional and overwhelming moment. Of course, I said yes.

Daniel: We got married in September 2018. We picked a cool old building in downtown Toronto and had a big party on the rooftop patio. We had the most important stuff: a great bar, great food and all our favourite people. After we got married, we started looking for a place of our own. Initially, we were looking for condos, hoping to spend around $650,000, thinking that we could get into the real estate game, build some equity and move to a bigger place in a few years.

Emily: The longer we searched, the more money we saved and the more we looked at condos in the $750,000-$850,000 range. We had a conversation and decided that if we were going to spend that much, maybe we should start looking at bungalows and semis. We saw dozens of places in East York, Leslieville, St. Clair West and Roncesvalles. Between late 2019 and the start of the pandemic, we bid on six houses but missed out on them all. We weren’t willing to go over $999,999, so we just kept getting outbid.

Daniel: When the pandemic hit, we slowed down the search quite a bit. We didn’t go and see any houses for a couple of months. Suddenly, we were both working from our 700-square-foot apartment at Bathurst and St. Clair. Our workstations were in the living area. I’m in sales, so I’m basically on the phone all day. Emily would usually work from the balcony so she didn’t have to hear me blabbering away. Then in the first week of April we got some big news: Emily was pregnant. That was when reality hit—we desperately needed more space. 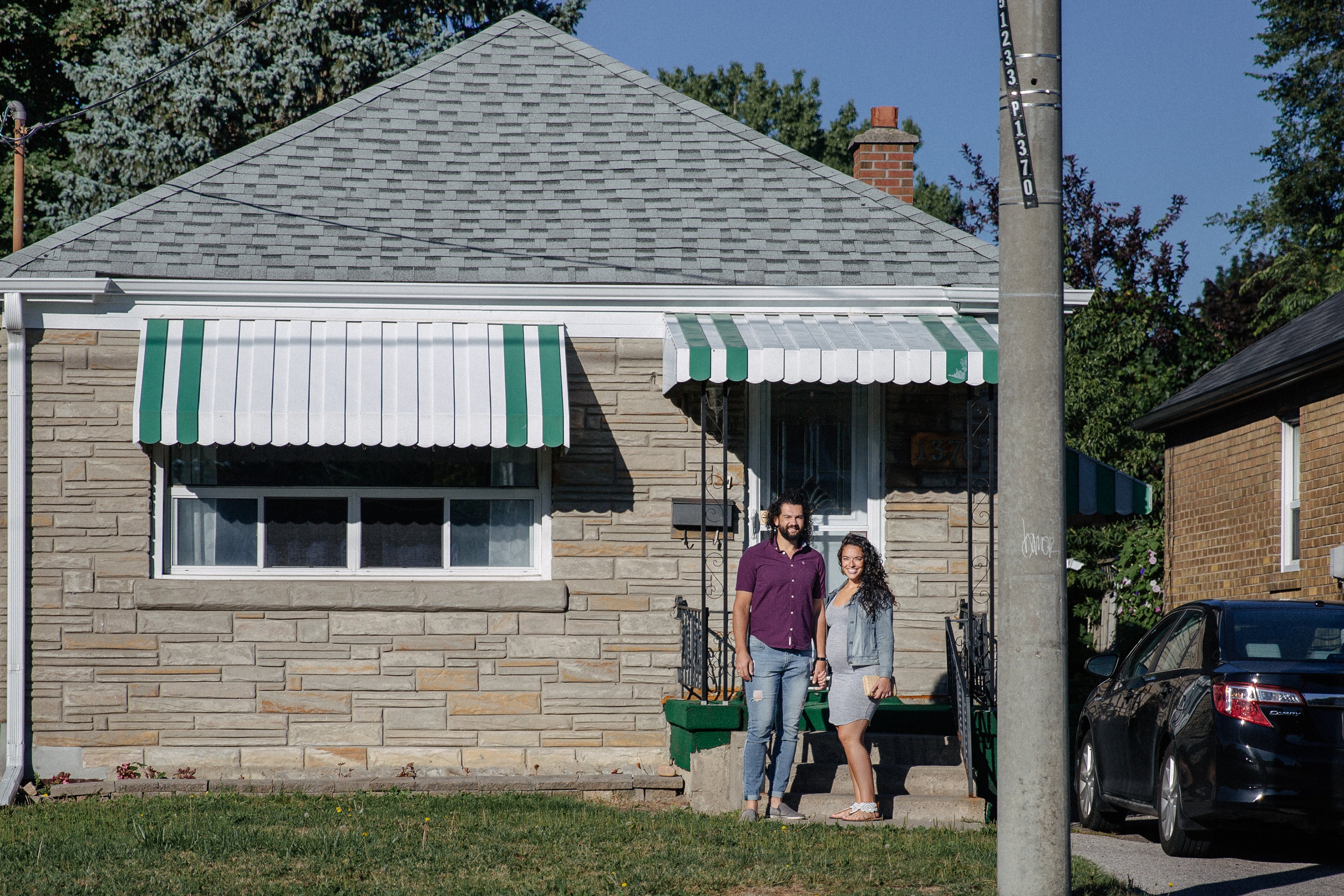 Emily: Then, in July, I got a notification for a two-bed, one-bath bungalow in East York, listed for $799,000. I recognized it. The place had been listed the week before, but now it had a lower asking price. We asked our real estate agent, Tony Carvallo, to give us a little more insight. He found out there had only been a handful of viewings and no offers. We thought that maybe this was the one we’d get lucky with, so we arranged an inspection for Thursday July 23. When we saw it, it reminded me of the house where I grew up in Etobicoke, with a backyard and lots of families in the neighbourhood.

Daniel: It’s a 100-year-old bungalow, but it had been fairly well maintained. It had more square footage than our apartment, which we wanted because we’ll be working from home for the foreseeable future, along with an extra bedroom for the baby and a basement suite, which we could rent out to earn passive income. We also liked the yard and the detached garage. The interior was a bit dated, with old tiles in the bathroom and a small kitchen, but because the property was small, a renovation wouldn’t be too difficult. So, the next day, we put in a pre-emptive offer of $850,000 with a 30-day closing, hoping that by going $50,000 over asking it would convince the sellers to make a quick decision. At Tony’s suggestion, I included a letter about how I’d grown up in East York and how we wanted to start a family. They accepted 30 minutes later.

Emily: We’re redoing the basement completely, then retiling the bathroom and opening up the living room and kitchen on the main floor. But it’s all cosmetic, not structural. We’re planning to spend around $75,000 on renovations. In about two months, we’ll move in after all of the upgrades are finished. I’m excited to tap into the potential of this place.

Daniel: The baby is due November 24 and I’m looking forward to raising a family on the Danforth. I can’t wait to find our new butcher, our new café, our new pastry shop. A lot of the folks who were here when I was growing up are still around. I think it’s going to be really cool to relive the experiences I had as a child, going to the same restaurants, walking the same streets—except this time I’ll be the parent.