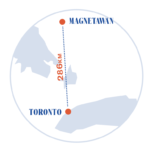 The Ojhas had great childhood memories of the Delhi countryside. They wanted a place where they could make new ones with their son

“There is this common notion that cottaging is a very Canadian thing to do, but many countries have their versions of it,” says Sharad Ojha, who grew up in Delhi and has fond memories of visiting his grandparents in the countryside. He and his wife, Vineeta, emigrated from India in the early aughts for work opportunities and to raise a family. In 2008, they relocated from Mississauga to Oakville, drawn by proximity to water and green space. But the call of the wilderness grew louder in 2012, when their son, Shiv, was born. “By the time he was five, we were already seeing how attached kids are to screens,” Vineeta says. “We wanted a place to get away and be in nature.” 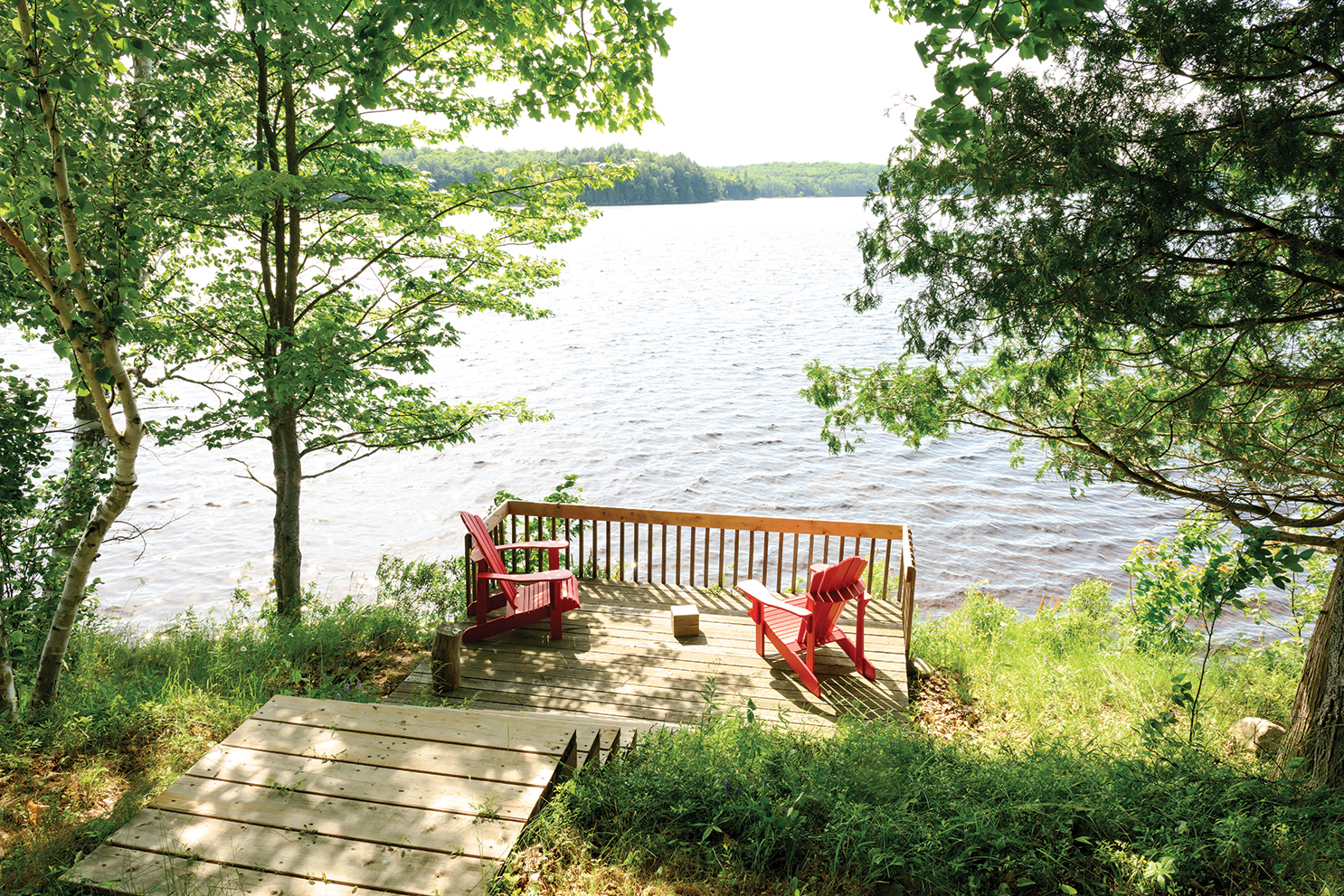 The couple—who run a chain of audiology clinics called Hearing Excellence—set a budget of between $500,000 and $900,000. And then, like so many other Ontarians, they kicked their cottage search into high gear when the pandemic hit.

They hadn’t heard of Magnetawan before their agent brought them there, sensing it could be the rustic environment they were dreaming of. Old Man’s Lake is small, with only a dozen or so waterfront properties. The one they viewed was a single storey with a red-brick façade and four bedrooms, listed at $949,000. It lacked the log-cabin aesthetic of many of the area’s other properties, but it was insulated for four-season use. And the land—a unique peninsula—was a big selling point. Even before she went inside, Vineeta gave her husband the thumbs up from her perch on the dock. After an inspection revealed that the septic tank would need replacing, they offered $910,000 and the sellers accepted. By late June of 2021, the cottage was theirs. Vineeta gets teary describing their first night there. “When I told Shiv it was ours, he ran across the room and jumped into my arms and we both fell on the floor. It was one of those moments that you can never forget.” 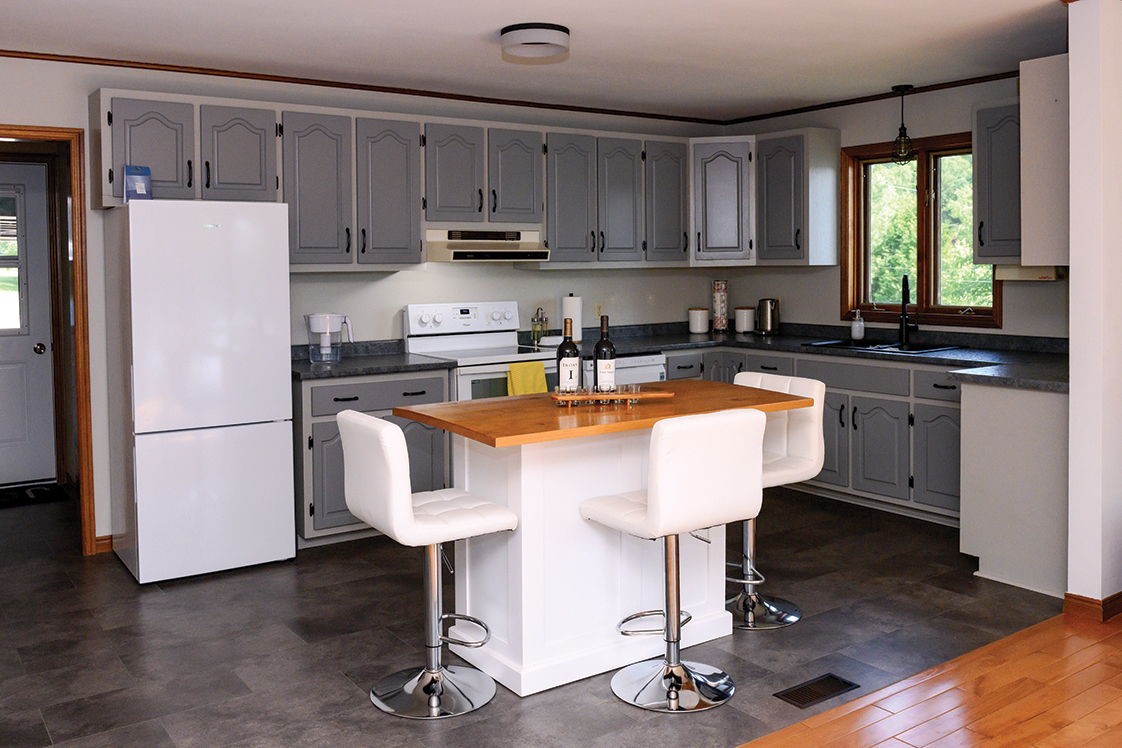 Last summer was filled with swimming, firepit cookouts and hikes to the nearby waterfall. “It’s a blessing,” Sharad says. As for Shiv, he can’t wait for more winter snowshoeing and summer stargazing.

Tori Baird was the opposite of outdoorsy, but she found happiness on a canoe trip and is now spreading the love with paddling workshops 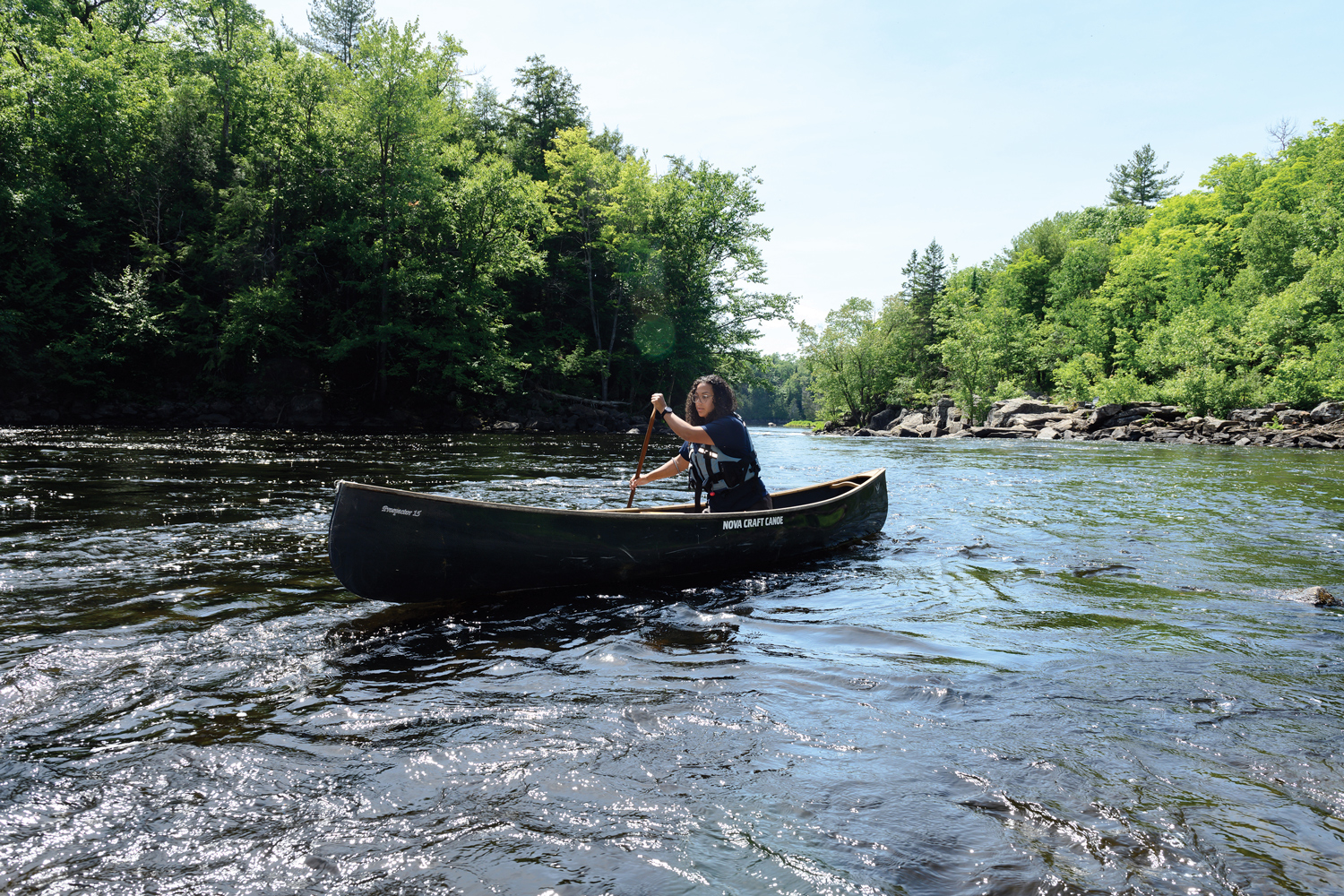 “I was pregnant in 2018 and set to take an 18-month mat leave when I decided to move from Toronto to Magnetawan. My husband works remotely, and we just thought, If not now, then when?

“We found a place on the Magnetawan River and have never looked back. Every morning, I have my coffee looking out onto the river and feel so lucky to be here, which is funny because, when I first met my future husband, in 2013, I was the furthest thing from an outdoorsy type. When he suggested we go on a date by paddling Lake Simcoe, I was secretly really nervous.

“A couple of years later, I was a total convert: 14-day trips to Porcupine River in Northern Saskatchewan, fly-ins to some of the more extreme environments in the country. These were always things we did as a couple, but in 2019, I decided I wanted to try my first-ever solo trip. It was during a really difficult time when we had found out that my son has a severe genetic disorder. Obviously, it was all very stressful and emotional, and so much was totally out of my control. I figured it would feel good to get away from it all. On the water, I wasn’t a mom or a special-needs parent or any of the many other roles that I play in my day-to-day life. I was able to recharge and remind myself how capable I was.

“I wanted to give that same sense of empowerment to other women, so I launched Paddle Like a Girl in the summer of 2020. I run four paddling workshops a season with groups of 10 women, some of whom have never been in a canoe before. At night, we sit around a campfire and share our thoughts about the day, and then we do some yoga in the morning to stretch out those sore muscles. With everything that’s happened over the past couple of years, I think women need this more than ever. I’ve sold out for the past three summers.” 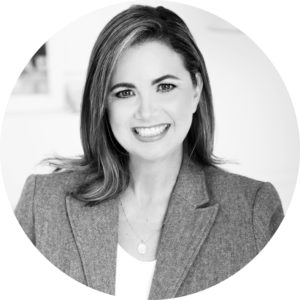 When did the market start heating up in Magnetawan?
Definitely during the pandemic. That first summer, in 2020, a lot of people who hadn’t previously owned cottages were trying it out. And then, that fall, the market really exploded. The supply in Muskoka was so limited and the prices had shot up, so buyers were willing to look a little farther.

How far are we talking?
Magnetawan is about a three-and-a-half-hour drive from Toronto, which is a lot. But people who can work remotely may have the option to take extended weekends or longer stretches over the summer.

Is Magnetawan the new Muskoka?
I have heard people refer to the main lakes in the area (Magnetawan, Beaver and Cecebe) as “the new Big Three,” the old Big Three being Muskoka, Joe and Rosseau. Don’t get me wrong, we just listed a gorgeous property on Lake Cecebe for $1.7 million—refurbished and more of an estate. But, on the other end, the area still has a lot of smaller, more modest cabins starting at around $400,000.

The cottage market has cooled slightly. Will people regret not waiting?
I don’t think so. The market has gone from total insanity to just very hot. Cottages within a couple hours of the city are still going to be rare and expensive. Plus, I think people have discovered and really fallen in love with this area.