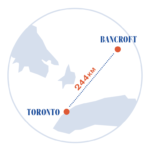 When city life became too much for this couple, they decamped for Bancroft to enjoy a slower pace

Michelle Desgroseilliers and Sylvia Ho used to live in a two-bedroom condo near the bright lights of Yonge-Dundas Square and talked often about one day retiring to the country. In the summer of 2018, to get a little closer to their dream, they purchased a rustic farm property near Bancroft, where they retreated every weekend. 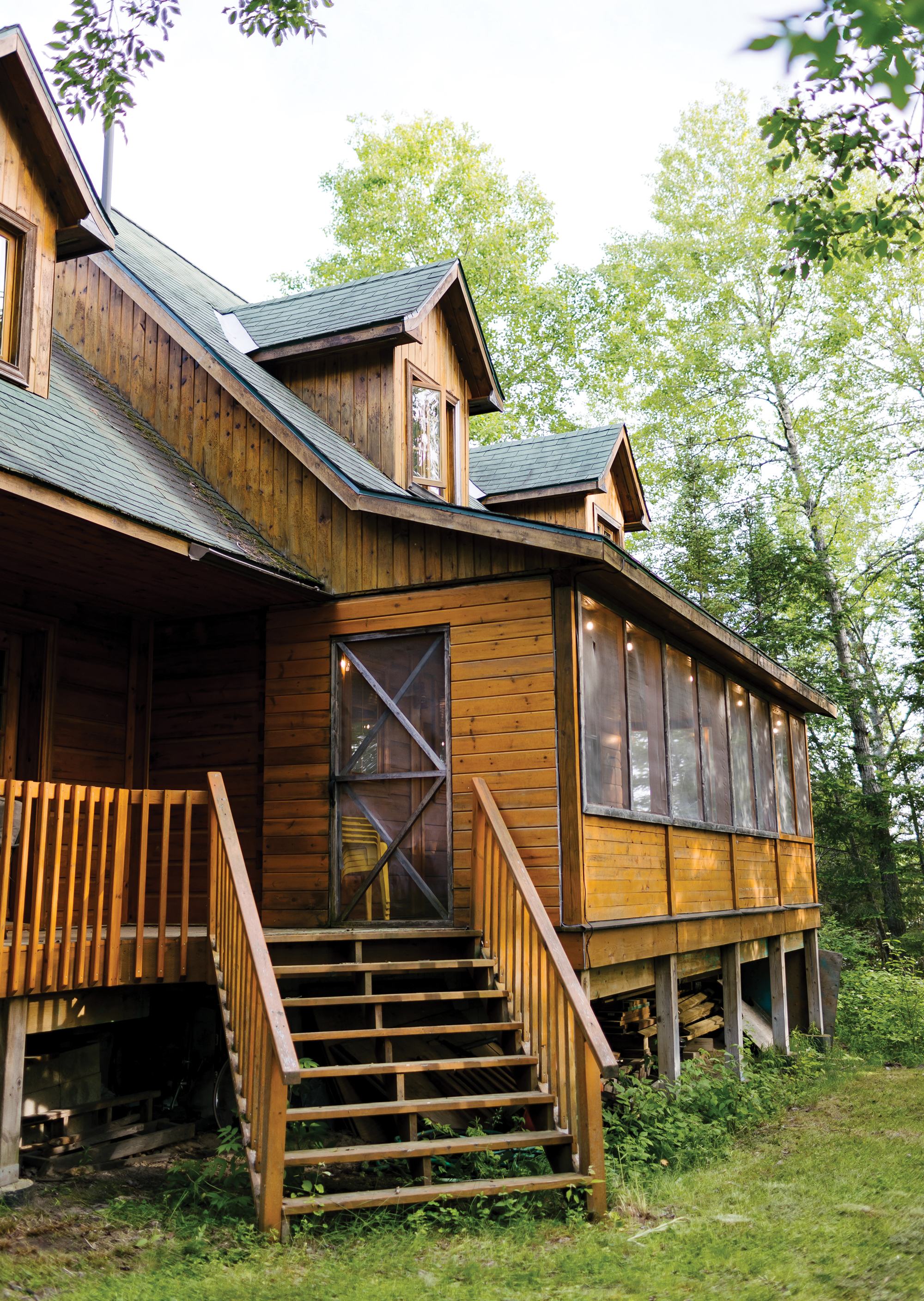 The area around Bancroft is a picturesque mix of rolling farmland, turquoise lakes and hardwood forests. Michelle and Sylvia were smitten, but they both had steady jobs in the city as digital project managers, so weekends at the farm would have to suffice. Then, in the fall, misfortune struck: Michelle was walking near her office when she was hit by a pickup truck. She was lucky: her injuries were relatively minor. But the couple found themselves rethinking downtown life, and an escape plan began to form. 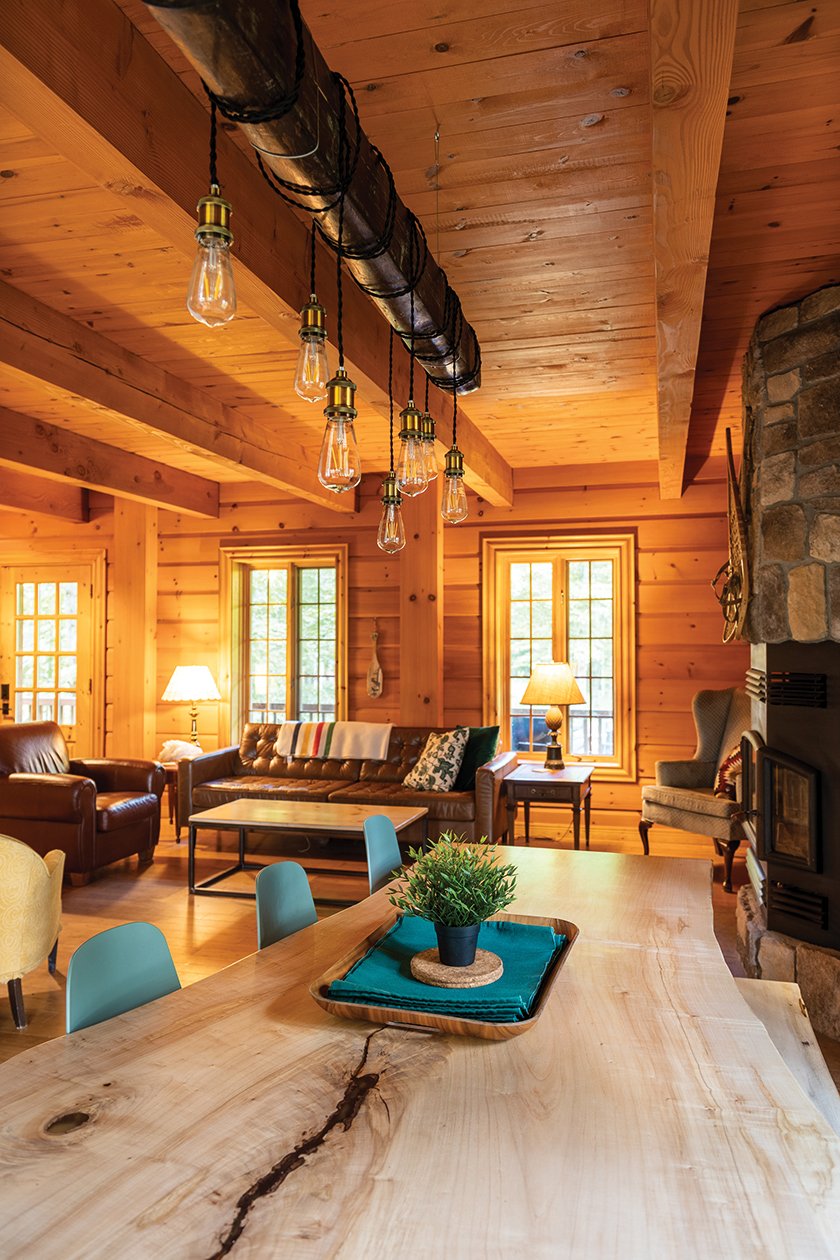 Moving to Bancroft full time would mean quitting their jobs, so they’d need a new income source. They figured, if they sold their downtown condo, they could purchase a four-season waterfront property, live in it during the off-season and Airbnb it the rest of the year while staying at their farm. 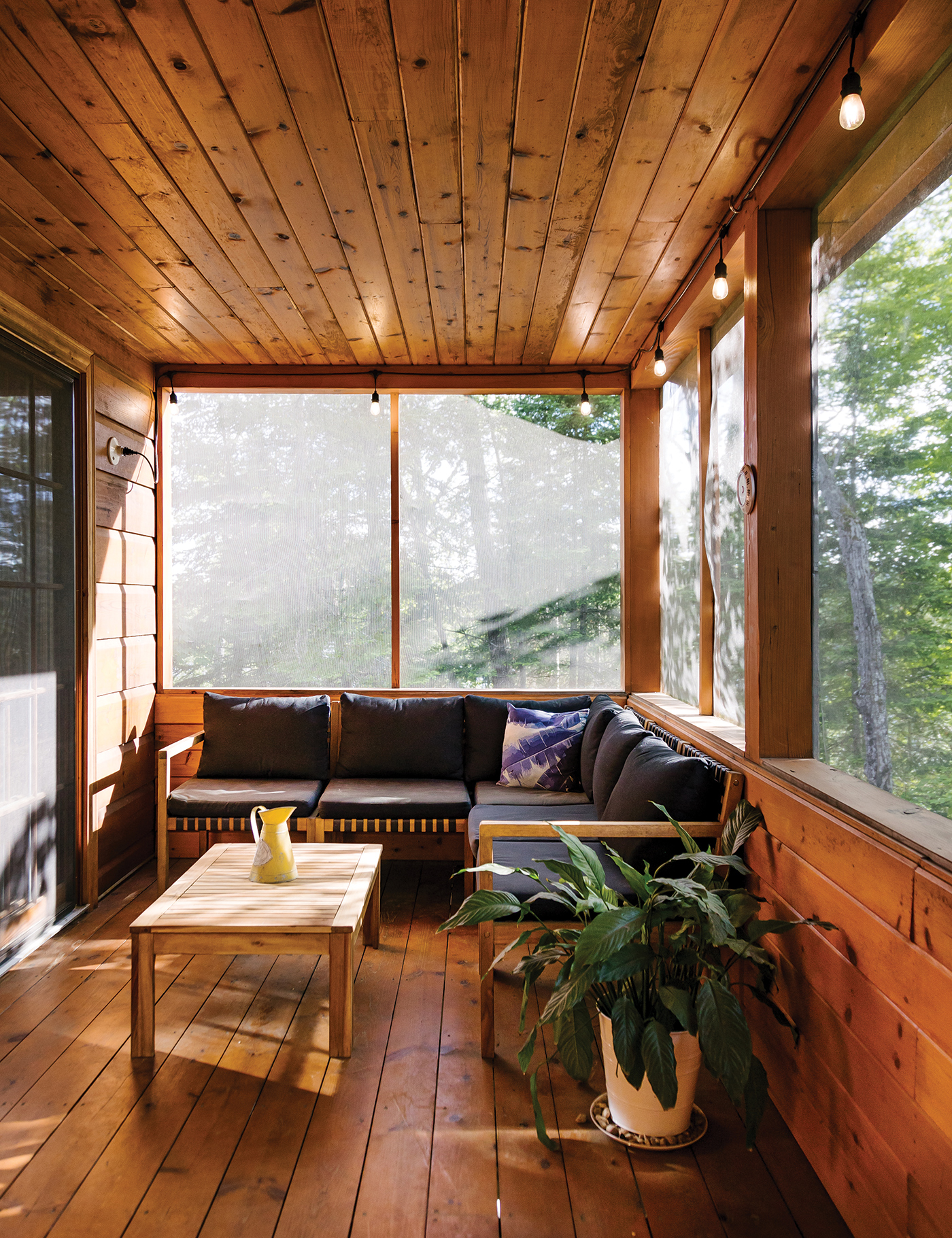 In May of 2019, Sylvia spotted a listing for a $600,000 log cabin near Coe Hill, about a 30-minute drive south of Bancroft, on a no-motor lake. “There are five other cottages on the lake,” Michelle says. “It’s pretty small—approximately one kilometre long and about 200 metres across the middle.” They booked a viewing. The cottage had three bedrooms with a den that could be converted into a fourth, along with two bathrooms and a full kitchen. The walls were made of local pine, giving the place a cozy feel. It had a stone fireplace in the living room and a screened-in porch overlooking the lake. Most importantly, it came with an impressive 56 acres of land and 610 metres of waterfront. Midway through the viewing, both Michelle and Sylvia thought, This is the one. With two other bids on the table, they put in an offer of $642,000, and the sellers accepted.

That June, Michelle and Sylvia moved in and started renovating the cottage to get it Airbnb ready. They added a door to the den to turn it into a fourth bedroom, put in a new dock, and built Muskoka chairs for the firepit, a live-edge wooden dining table, and a farmhouse-style table for the porch. A year later, after the first-wave lockdown was lifted, they posted the cottage, dubbed the Heartwood Lodge, for rent and saw immediate demand. They got bookings for nearly the entire summer, earning them about $18,000. 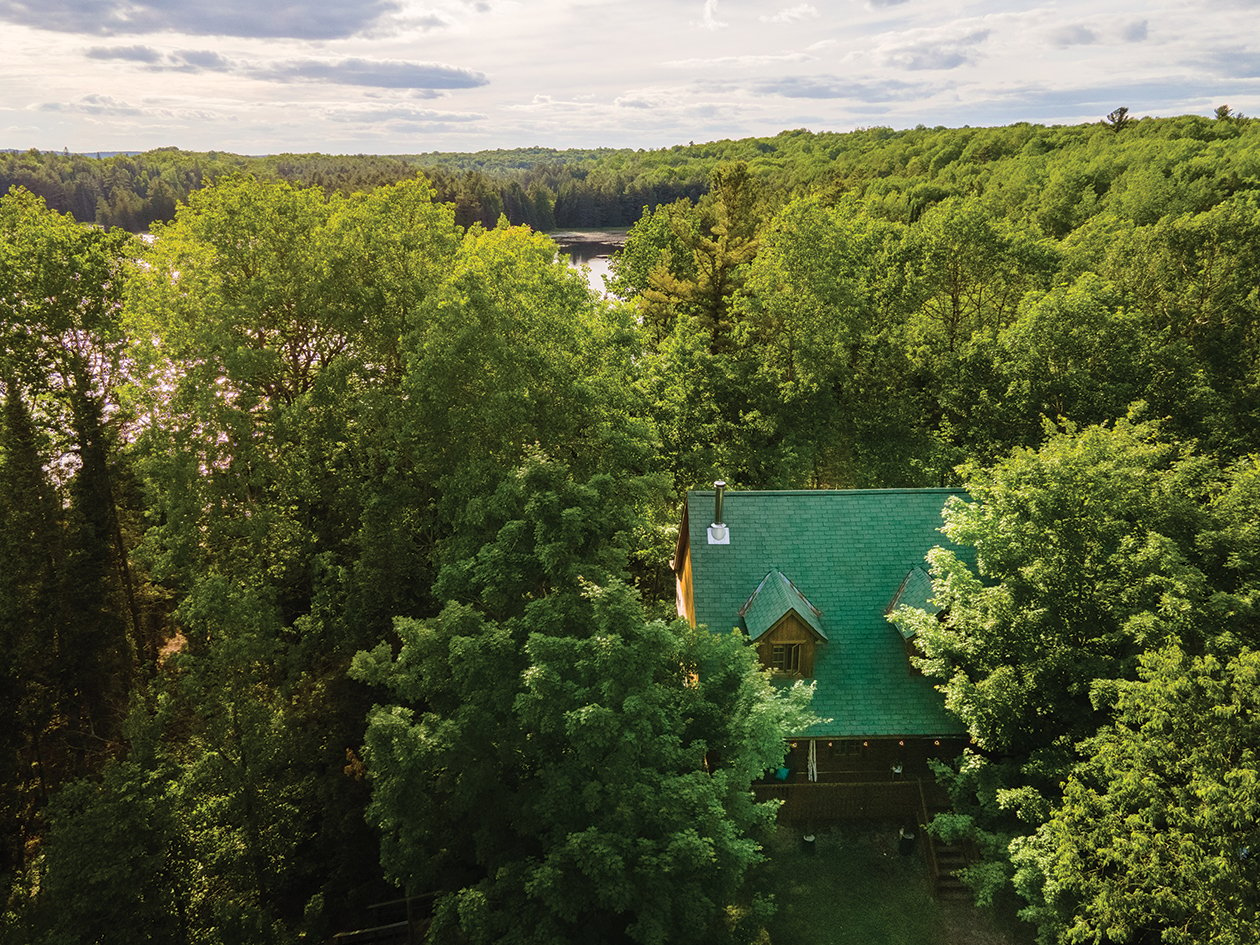 Michelle is now a part-time instructor teaching interactive design and media at Loyalist College and George Brown College, Sylvia is a forestry technician, and they love staying at the cottage when it isn’t rented out.

Michelle starts her mornings with a cup of coffee and watches the mist roll across the lake before sitting on the porch to work on her laptop. Sylvia is often out in the woods all day as part of her job. When she gets home, she and Michelle go for a swim in the lake and enjoy a beer on the dock. “Every day, I hear the birds chirping at five in the morning,” Michelle says, “and I go, Yep, still made the right call.” 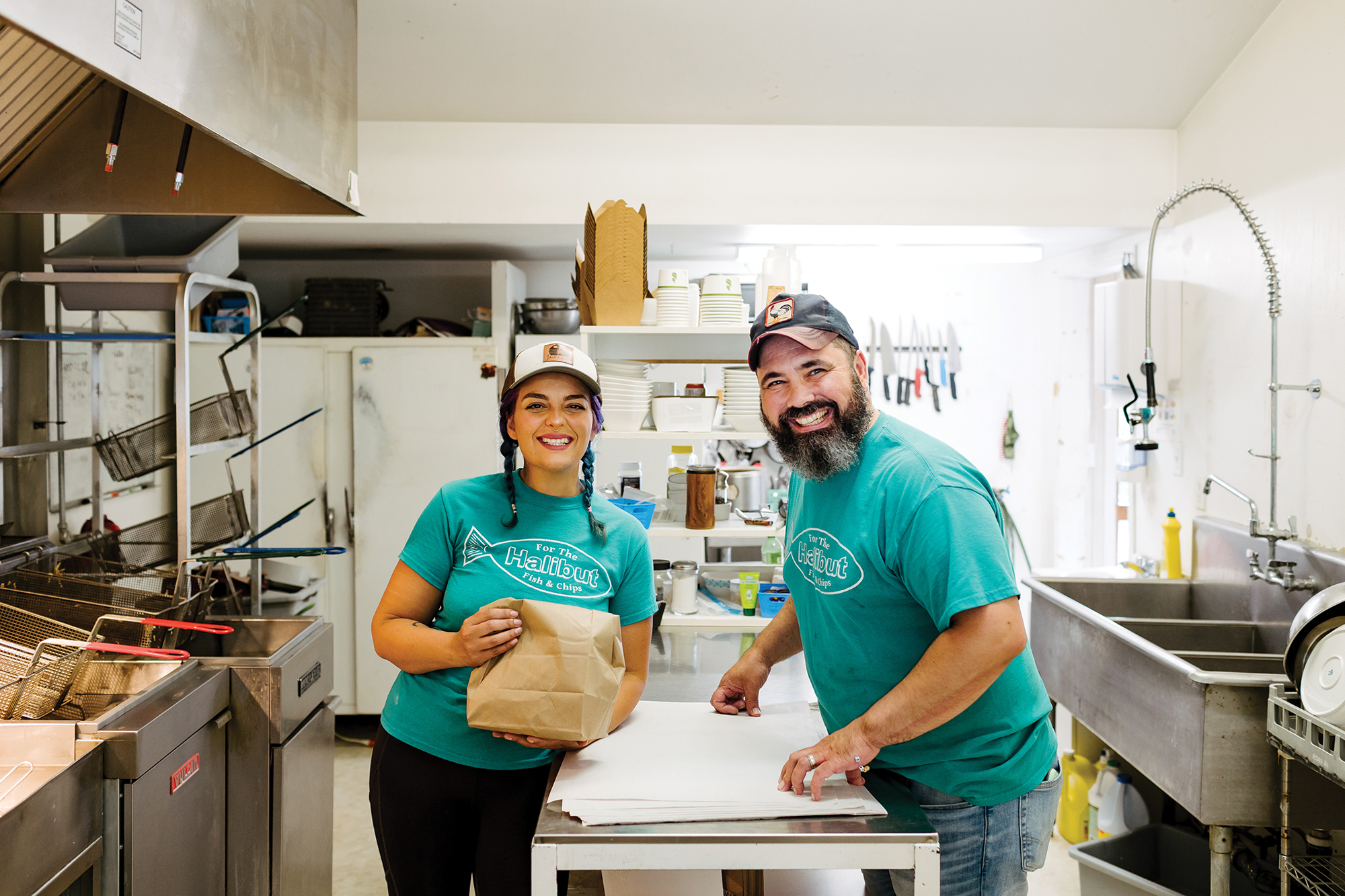 “In 2015, Val and I bought a cottage in Apsley on Jack Lake. We went every weekend, especially after our kids were born. We took day trips and discovered the town of Bancroft. Something about the place was just magic.

“In 2018, we went back for a visit and saw that our favourite restaurant in town, a fish-and-chips shop called For the Halibut, was for sale. Val and I looked at each other and were both thinking the same thing: Wouldn’t it be cool if we bought this restaurant and ran it? I was already working remotely as an education curriculum developer. Val was working as an investment and retirement planner, but he was ready for a change. Years ago, I’d studied culinary arts at George Brown. The plan was for me to contribute as a behind-the-scenes recipe developer while Val did the heavy lifting.

“We rented out our Bloordale house, permanently moved to our Apsley cottage and took over For the Halibut in July 2019. We learned all sorts of things, like the importance of oil temperatures and how the storage conditions of our potatoes would affect the final product. I introduced new menu items, like halibut tacos with jalapeno aioli. I worried that the restaurant’s long-time customers would resist the changes, but everybody loved them.

“A month after our move, we decided to rent a home in Bancroft, just a few minutes away from the restaurant, to cut down our commute time. Running For the Halibut makes us truly happy. We loved our former careers, but not like this.” 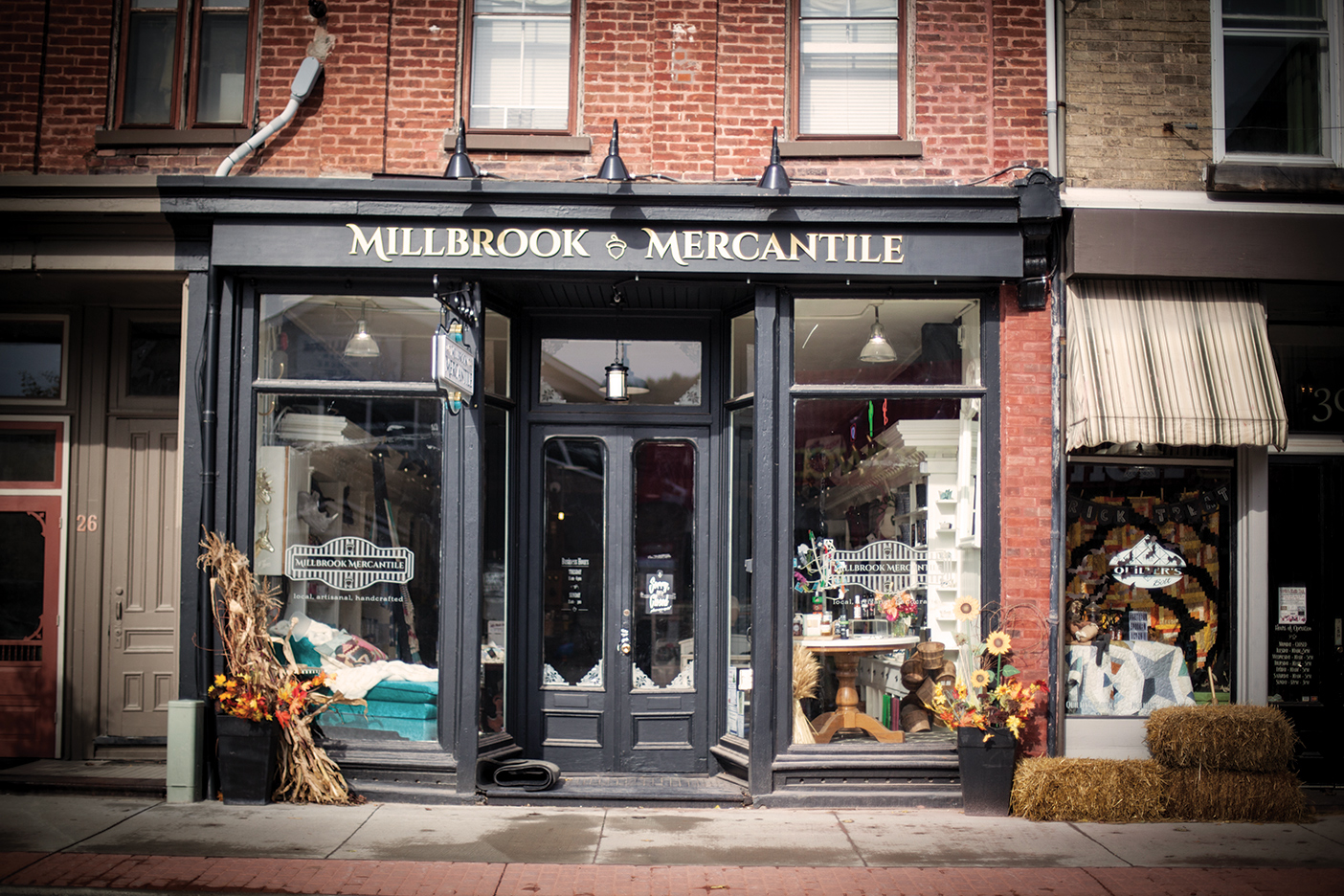 The charming village of Millbrook, off Highway 115, is a quaint community halfway between Toronto and Bancroft. Stop in at the Millbrook Mercantile, which opened three years ago, for some creative customizable charcuterie boards and fancy cheeses.