The Long Game: Four years and 50 viewings later, this family finally found their home in Midtown

The Long Game: Four years and 50 viewings later, this family finally found their home in Midtown 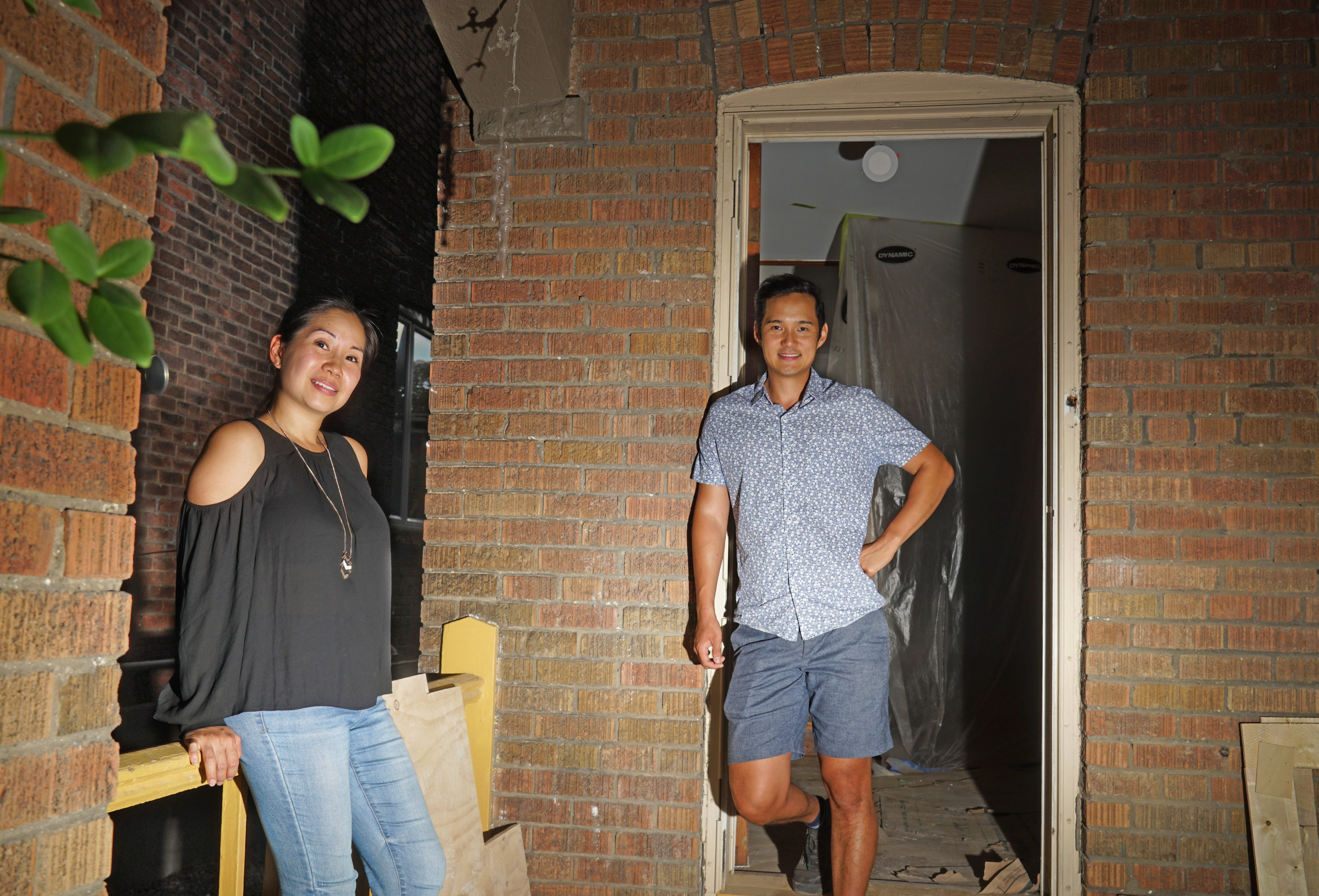 Connie Kim, 37, a nurse at SickKids, and Eugene, 38, a management consultant at Bain and Company, with their kids, three-year-old Camden and eight-month-old Bennett.

Back in early 2018, Eugene and Connie were living in a two-bedroom condo near Yonge and Bloor, paying $1,800 a month. They liked the place because it was right downtown, close to transit, restaurants and shopping. Plus, Connie could get to SickKids in less than 15 minutes on the subway.

But, that summer, the Kims started trying for a baby and realized that their 920-square-foot unit wouldn’t quite cut it for a growing family. So they started house hunting. Eugene and Connie had a clear wish: they wanted a three-bed, two-bath semi with parking and a nice backyard, preferably near Yonge and Eglinton, where Eugene’s mother and sister lived. Their budget? $1.1 million.

Early on in the process, they made an offer on a semi near Avenue and Eglinton, listed for $1 million. It had a brick exterior and a newly renovated interior. On the downside, one of the bedrooms on the second floor wasn’t level. There were multiple buyers at the table, forcing the Kims to offer their max of $1.1 million—and they still lost out, with bidding topping out at $1.2 million.

“We had a rude awakening,” says Eugene. “We realized if you wanted to get into the market, you needed to be pretty aggressive.” They bid on two other places in Midtown but fell short by at least $100,000 each time. One of the places received 13 other offers. The Kims expanded their search to the east end—Cabbagetown, Greektown and Leslieville. Still no luck. A few friends suggested that they up their budget, but the couple decided to stay cautious.

In early 2020, after a year and a half of searching, the Kims had seen more than 50 houses and landed nothing. Then came the pandemic. Initially, Eugene and Connie thought Covid might soften the market, but the opposite happened—prices skyrocketed. Their first son, Camden, had been born, and they were feeling cramped in their condo. By the summer of 2020, the couple decided to rent a semi near Yonge and Eglinton for $3,750 a month.

The rental met all the couple’s needs: three bedrooms, two bathrooms, a parking spot and a yard. Renting worked for them. And, with prices still on the rise, Eugene thought it might be their long-term housing solution. “I was almost resigned to the fact that we’d never be able to afford anything any time soon, so I was content to rent,” he says. “It was within our budget and basically what we would have spent on the mortgage anyways.”

But Connie felt differently. “As a first-generation immigrant, I was taught that owning a house was a marker of stability,” she says. “It’s a good investment and it means that you’ve made it.”

During lockdown, in the throes of Toronto’s fourth wave, they had their second son, Bennett, and were still renting. Then, in early 2022, the Kims started hearing rumblings about a cooling market. Reports said that interest rates would rise because of inflation, affecting house prices favourably. And that’s exactly what happened. By May, sales in the GTA were trending downward. Eugene kept a close eye on the market and noticed more affordable, desirable houses popping up in their area.

Around that time, the Kims received an email from their real estate agent, Mei Chan of Realosophy Realty, checking to see if they’d be interested in resuming their search. The couple figured that, if they could find the perfect spot, it might be time to pull the trigger. Patience had paid off. By now, with some hard saving, their budget had grown to $1.75 million

Lo and behold, just three blocks from their rental, they found a three-bed, two-bath semi listed for $1.78 million. It was a total box ticker. Built in 1922, it had a brown-brick exterior, a charming yellow porch and old-growth oak trees throughout the property. Inside, at 1,500 square feet, it had original French doors, a wood-burning fireplace, a sunroom and a finished basement. There was also an addition that could be converted into Eugene’s home office.

On the downside, the place needed some interior renovations. The kitchen, carpets, bathrooms and basement were all dated, but the Kims wanted to go for it. After all, the price was right, and they could make the changes over time.

The place had been on the market for three weeks with no offers, so the Kims bid $1.65 million. The sellers came back at $1.7 million, but Eugene and Connie held firm. After more than four years, with crazy bidding wars and houses going way over asking, they were finally able to buy a house three days into their renewed post-lockdown search—and for under asking.

The sale closed on June 29, and the Kims began renovations, which cost them roughly $120,000. Along with redoing the kitchen and bathroom, they’ve repainted, changed the flooring and added gold light fixtures. They also plan to buy nicer furniture. The Kims officially moved in the first week of September, as planned, and they’re happy to finally call themselves homeowners.

Finally found your perfect home after years of searching? Share your success story with us at realestate@torontolife.com.