Who: Paul Miklas, the 57-year-old owner of Valleymede Homes, and his wife, Holly, an interior designer at Valleymede. Both are former hosts of HGTV’s Mansions.
Where: Lawrence and the Bridle Path

Paul and Holly have known each other since they were teenagers. Paul started their construction business in 1986. In the early 2000s, amid a stagnant real estate market, they turned their focus to custom homes, and they now design and build mansions full time. Their house is just one of 13 that Valleymede has built on the Bridle Path since 2001.

When Paul designed the place, he spent a lot of time perfecting the indoor pool. Its 32-foot ceilings, walls of windows and trio of skylights bathe the water in natural light. The pool itself, built by Betz Pools, is 40 feet long, with views of the property’s sprawling lot, which includes a 4,000-square-foot putting green. The paper lanterns dangling above the water are the one element that Paul didn’t have anything to do with: they’re leftover props from Aaron Sorkin’s 2017 film Molly’s Game, which used the house as a set.

The grotto feels especially luxurious once the city’s temperature drops. In the dead of winter, Paul enjoys soaking while watching blizzards rage outside. “You feel like you’re on a private island,” he says. He always keeps the air temperature two degrees warmer than the water, so swimmers never experience an unpleasant chill.

Paul often uses the pool room as an office space. He takes calls in the lounge area: 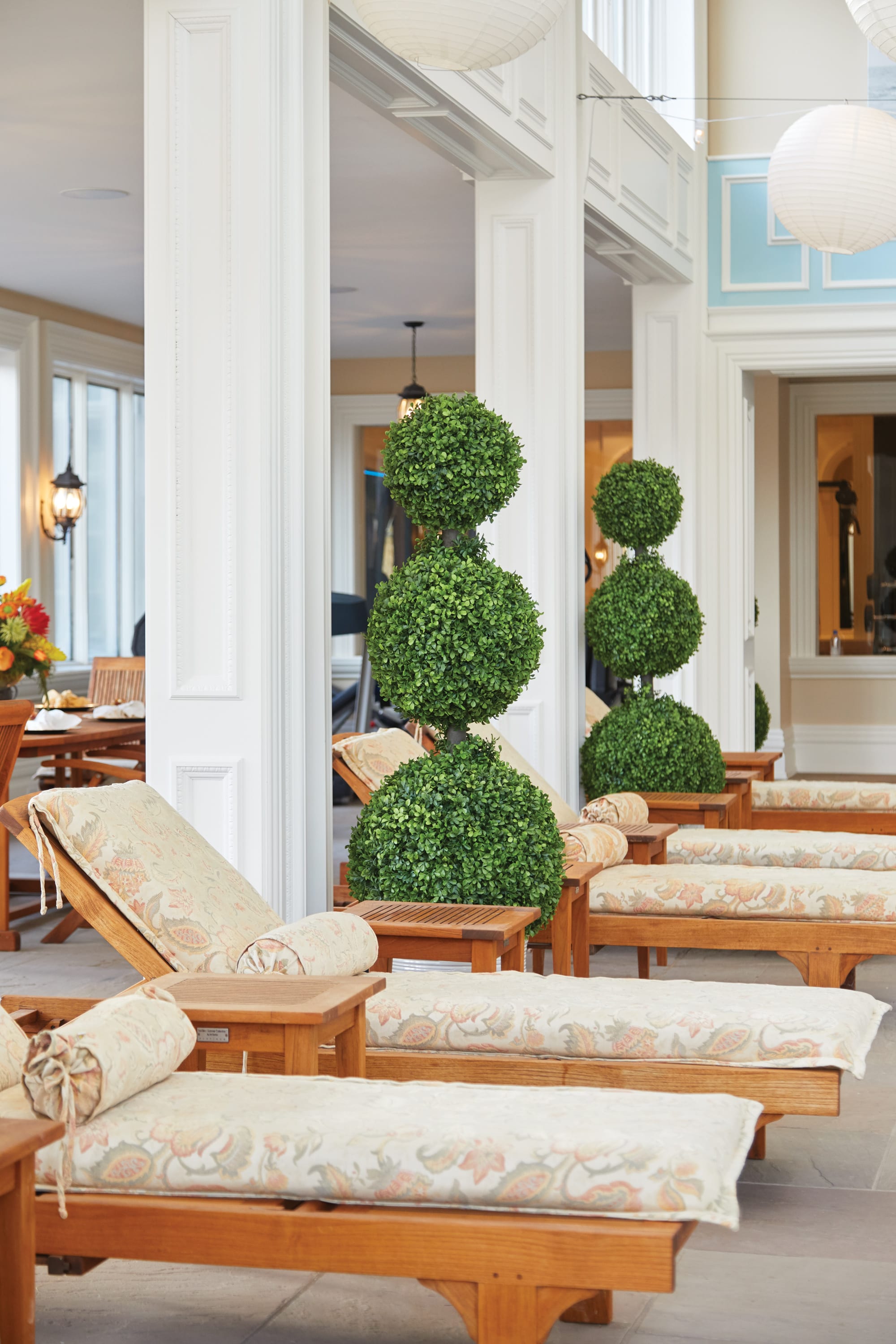 The pool is lined with palm trees and spherical topiaries: 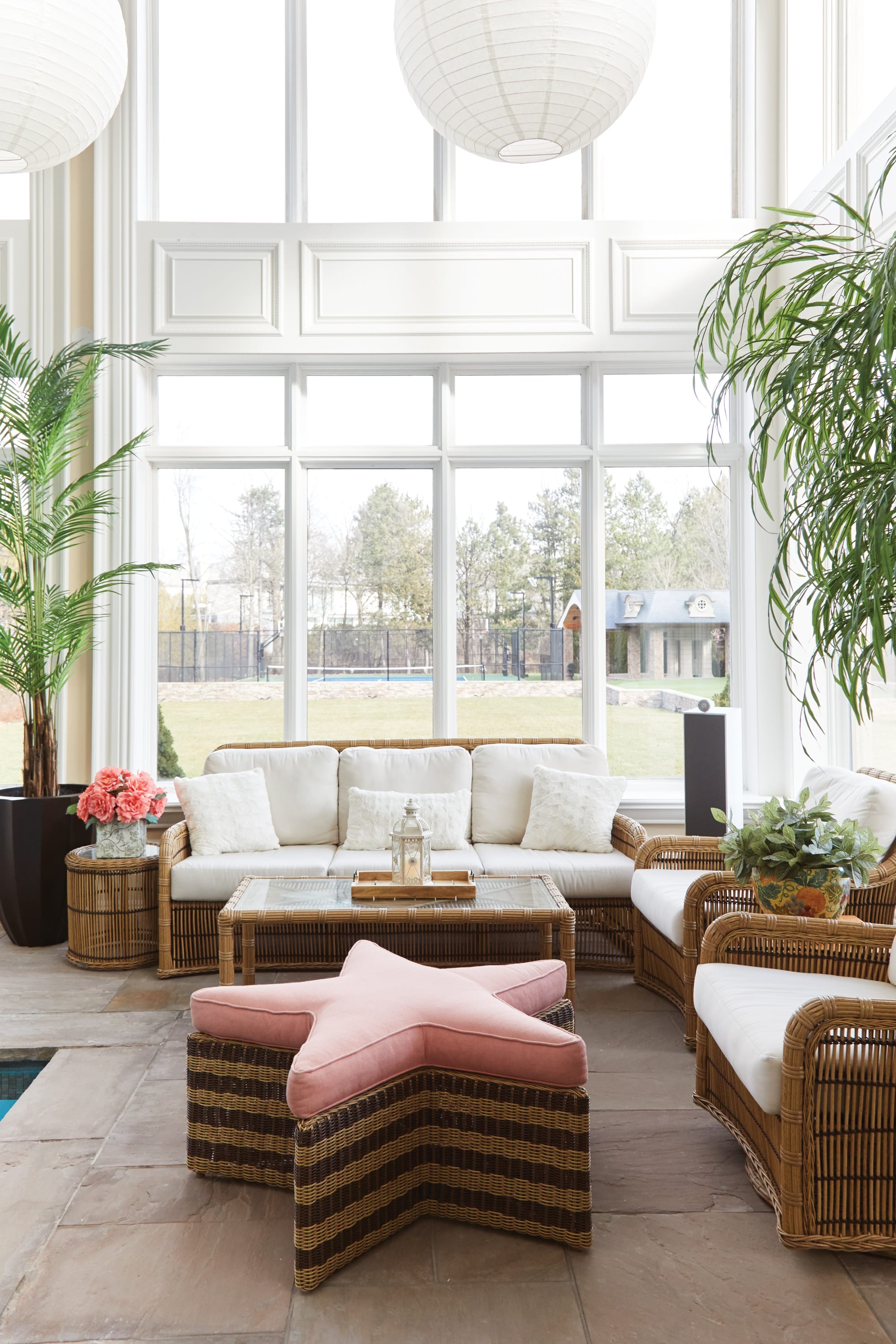 The hot tub flows seamlessly into the main swimming area: 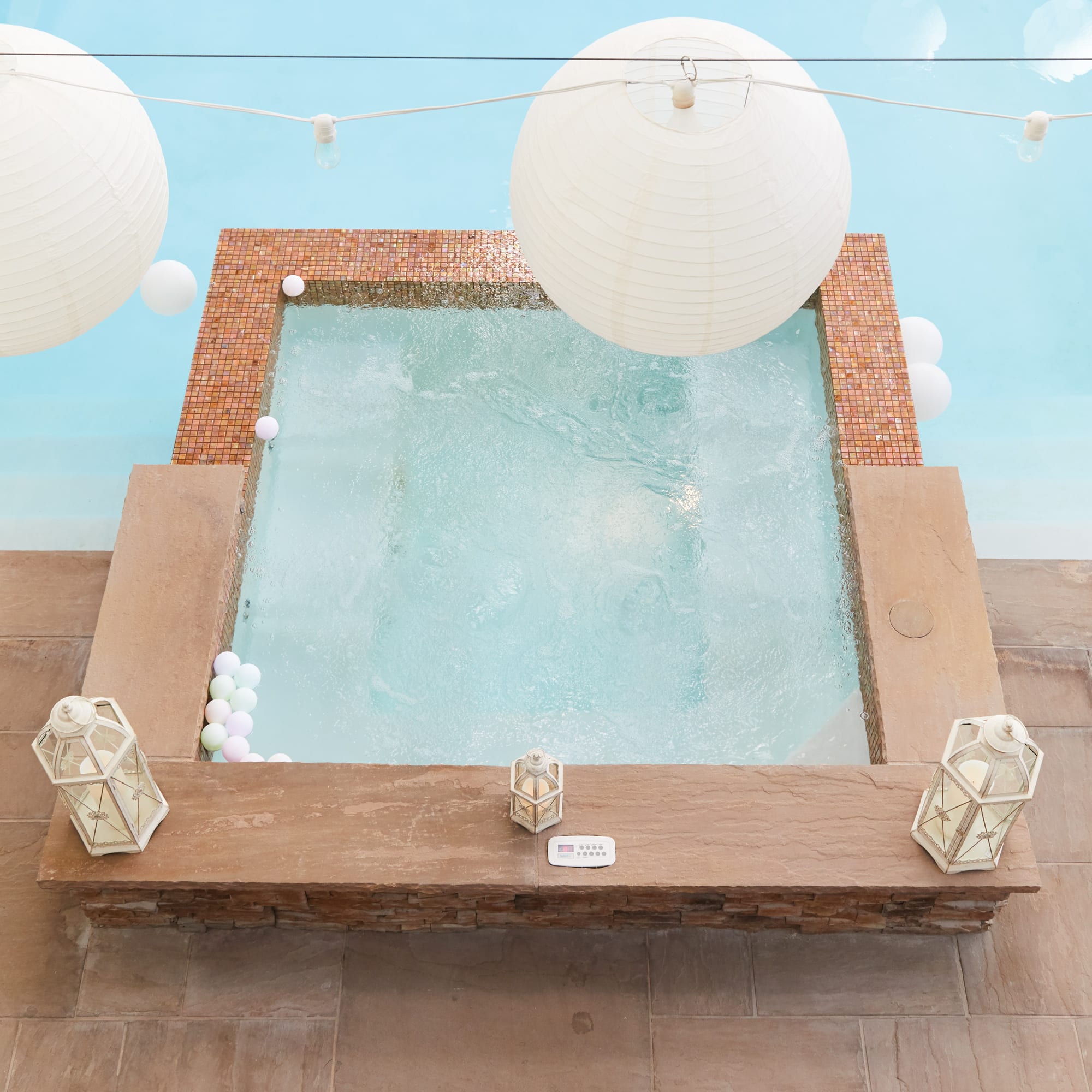 There’s enough room on the deck for a large dinner party: 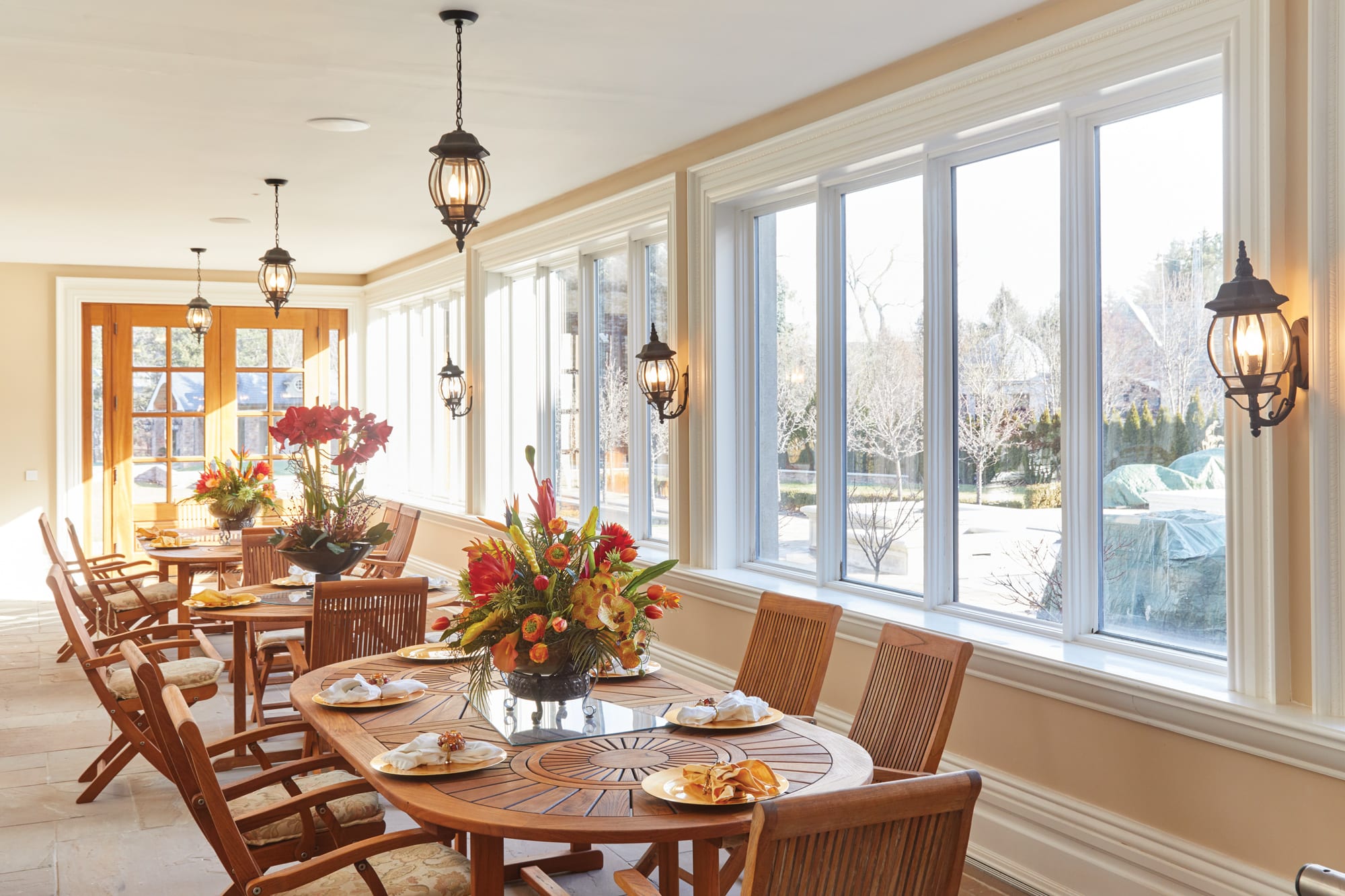