How a stager turned an empty condo into a sleek, modern home

How a stager turned an empty condo into a sleek, modern home

A 550-square-foot suite near King and Bathurst. As far as condoland units go, the layout is fairly standard, but the space has a great view and luxurious finishes. The original owners took possession shorty after the building was completed a year ago and quickly leased the condo to a tenant. When the tenant moved on, they decided to sell.

Pierre Carapetian Group, the seller’s broker, offers staging services to long-term clients. The stager for this particular property was Susannah Sadler, the company’s office manager. Her budget was about $5,000.

Sadler’s strategy involved bringing in light. “The space was already open and bright,” she says. “So we wanted to show off every little nook and cranny as much as possible.” She chose pieces that were more compact than usual, to make the small space feel larger.

The previous tenants were young professionals, and Sadler figured the next buyers would be, too, so she tried to make the place seem youthful and vibrant. “We didn’t want it to feel stuffy,” she says. “We wanted it to feel attainable, so people could see themselves in the space.”

She thought the kitchen’s finishes, while chic and modern, blended in with the wall. “It was lacking oomph,” she says. She kept the space as clean as possible, but added some stylish accessories to draw the eye: 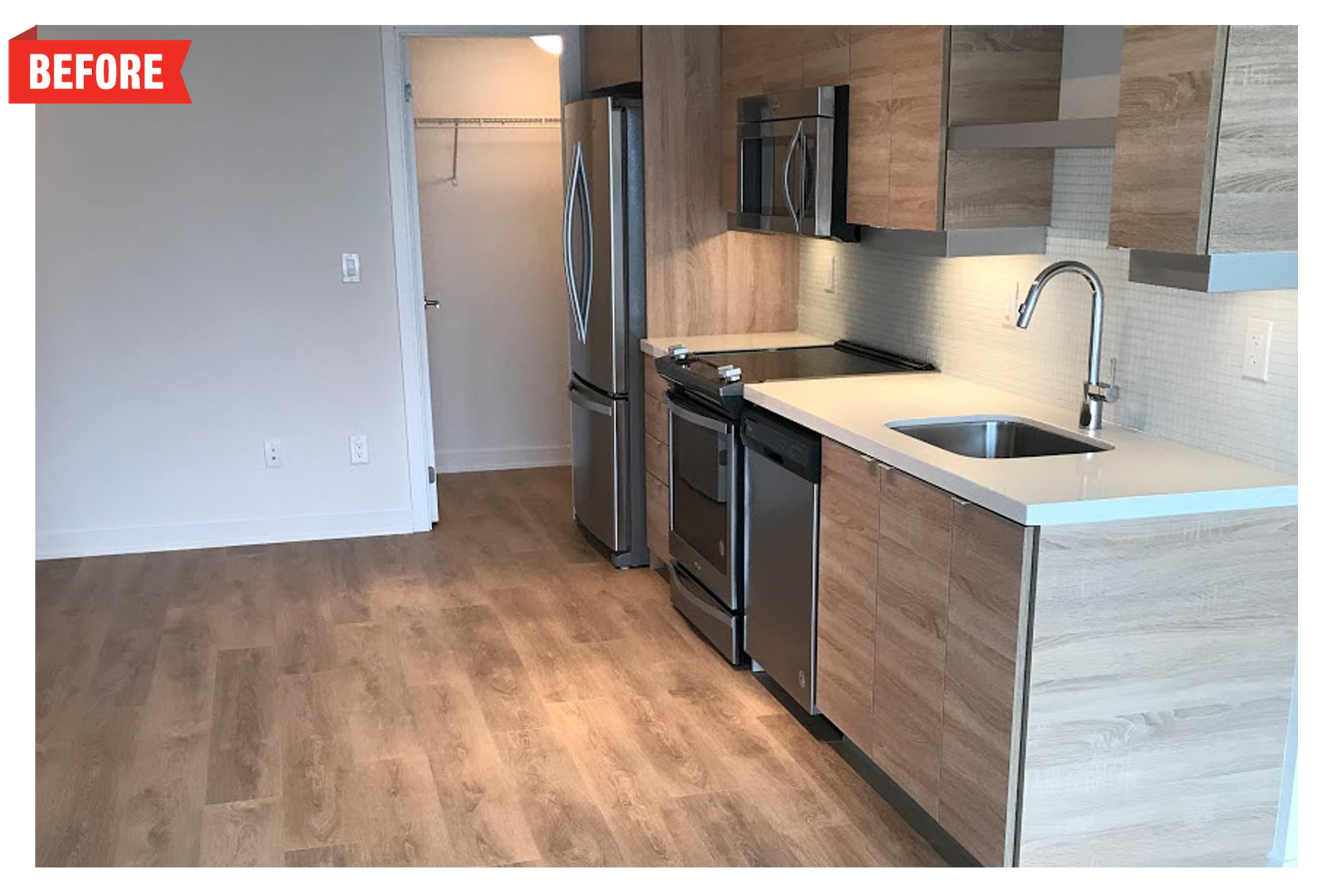 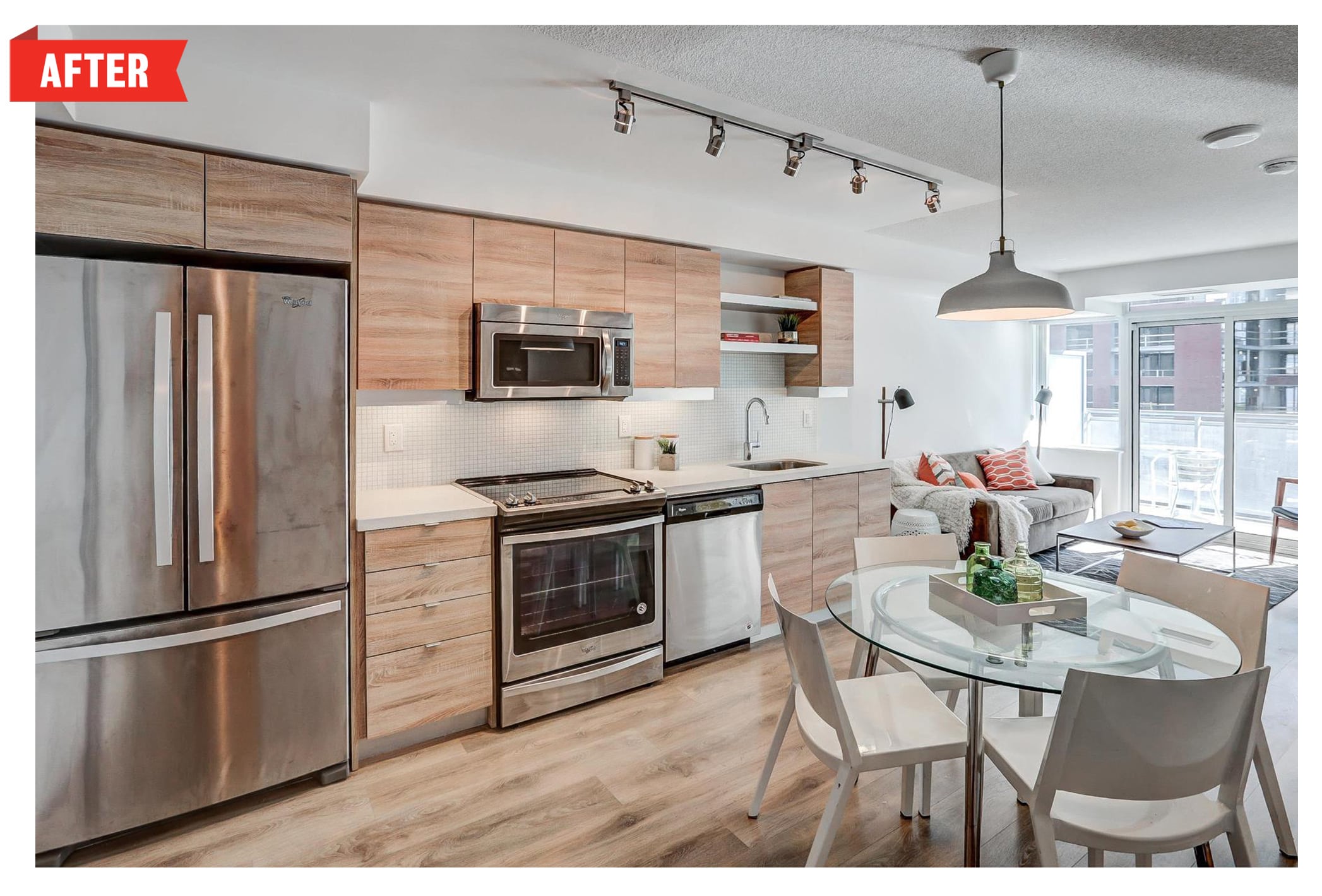 Sadler chose a smaller-than-average dining set. “They’re still functional pieces, but it gives the impression of more space,” she says. The white chairs and glass table help make the unit feel brighter. In the living space, she wanted to add at least one more chair to show that there could be seating for three people. She decided not to add blinds, in order to let natural light shine through as much as possible. 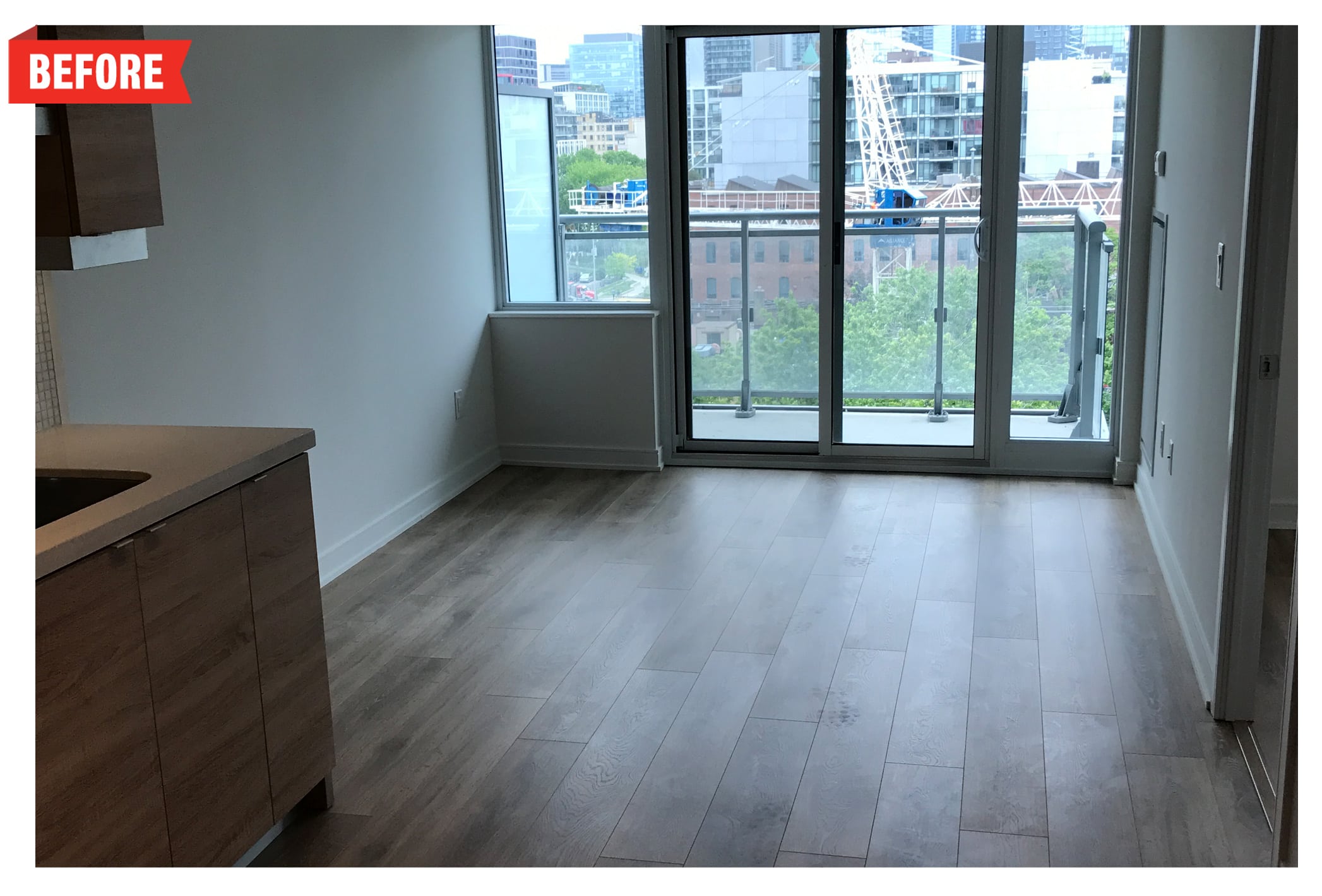 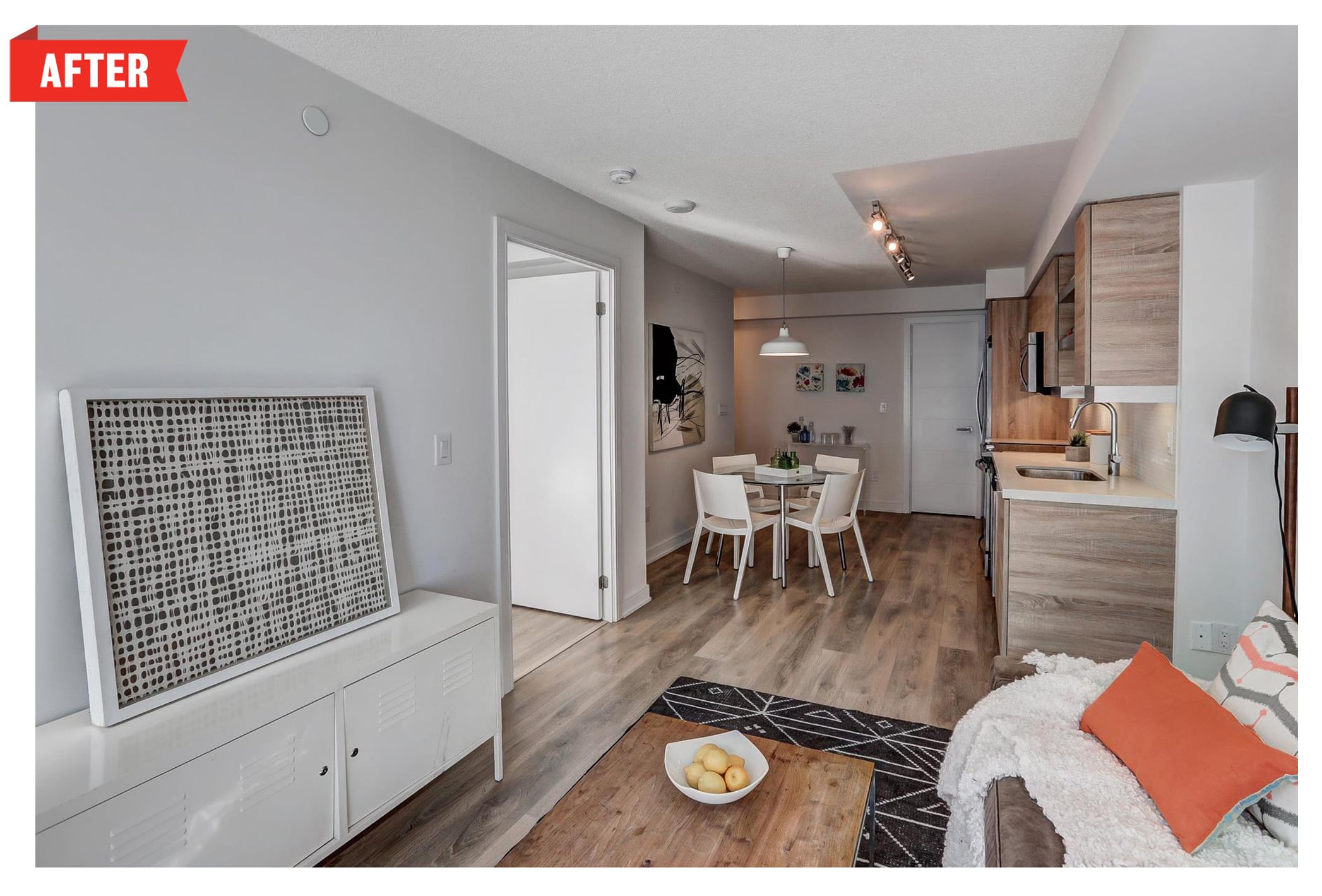 The bathroom had a great walk-in shower, so Sadler just added a bit of greenery and colourful artwork: 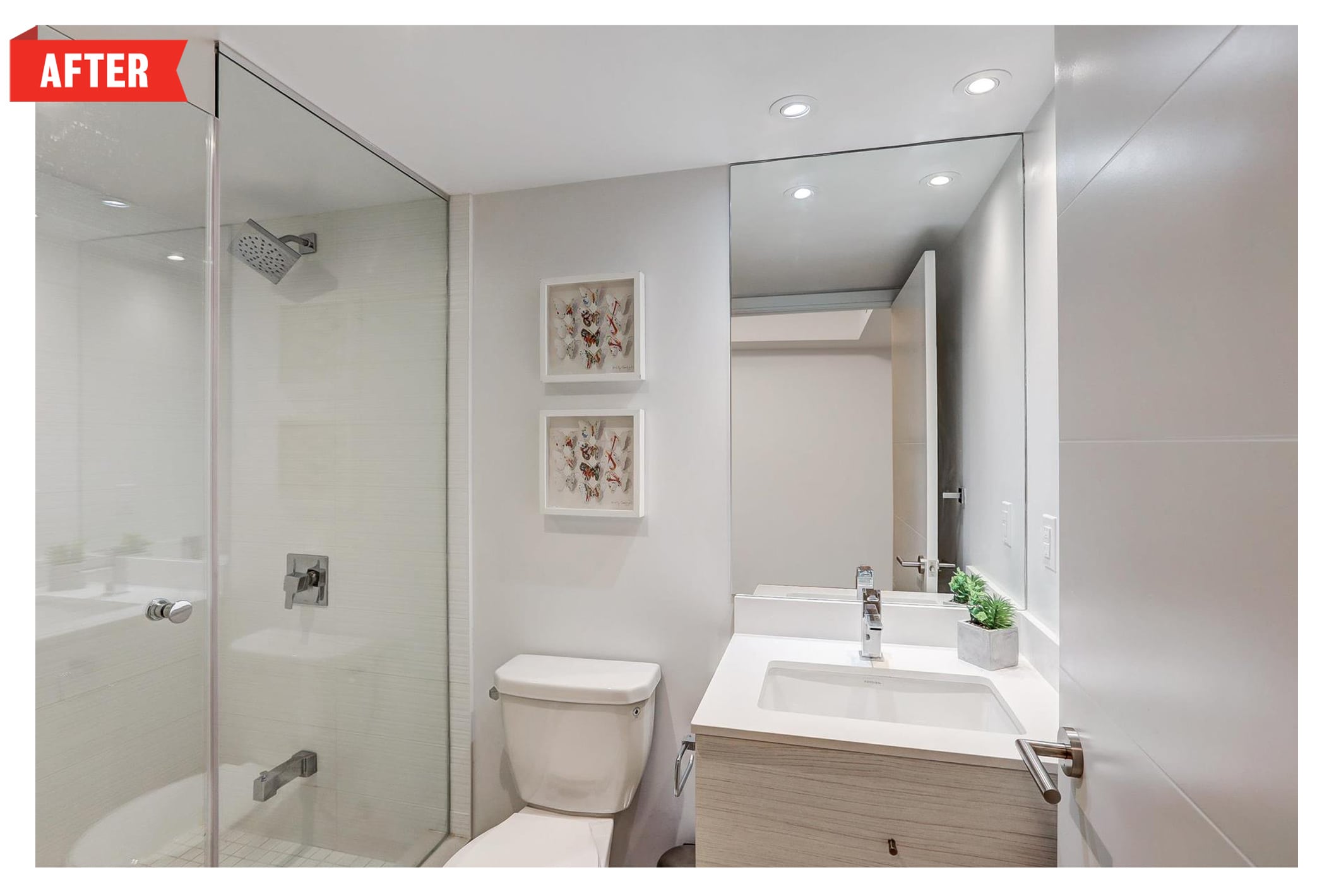 Did you stage an amazing property for sale? We want to talk to you.

Topics: King West staging before and after