Olga Kaneva was working in the telecommunications sector in 2014 when she decided to pursue design full time. Her staging and interior decorating firm is called GTA Fine Interiors.

This detached home, located in the Lambton-Baby Point area, has three bedrooms and bathrooms. At one point, it belonged to the late Toronto artist John Bennett. The owners, a couple with kids, bought some of his original artwork along with the home. They put the property on the market in April, then ended up leasing it out instead of selling it.

Kaneva likes to walk around the homes she stages to get a sense of the feelings they evoke and the stories they tell. “This particular house told me a story of art, a story of creation,” she says. “I thought I would present this house as a property for artists.”

Kaneva moved a colourful painting by Bennett from the back of the house to the front entrance. “Everyone who comes in sees your entrance, and it really has to tell you about the house,” she says. “It has to be impressive, welcoming, neat, upgraded and so on.” 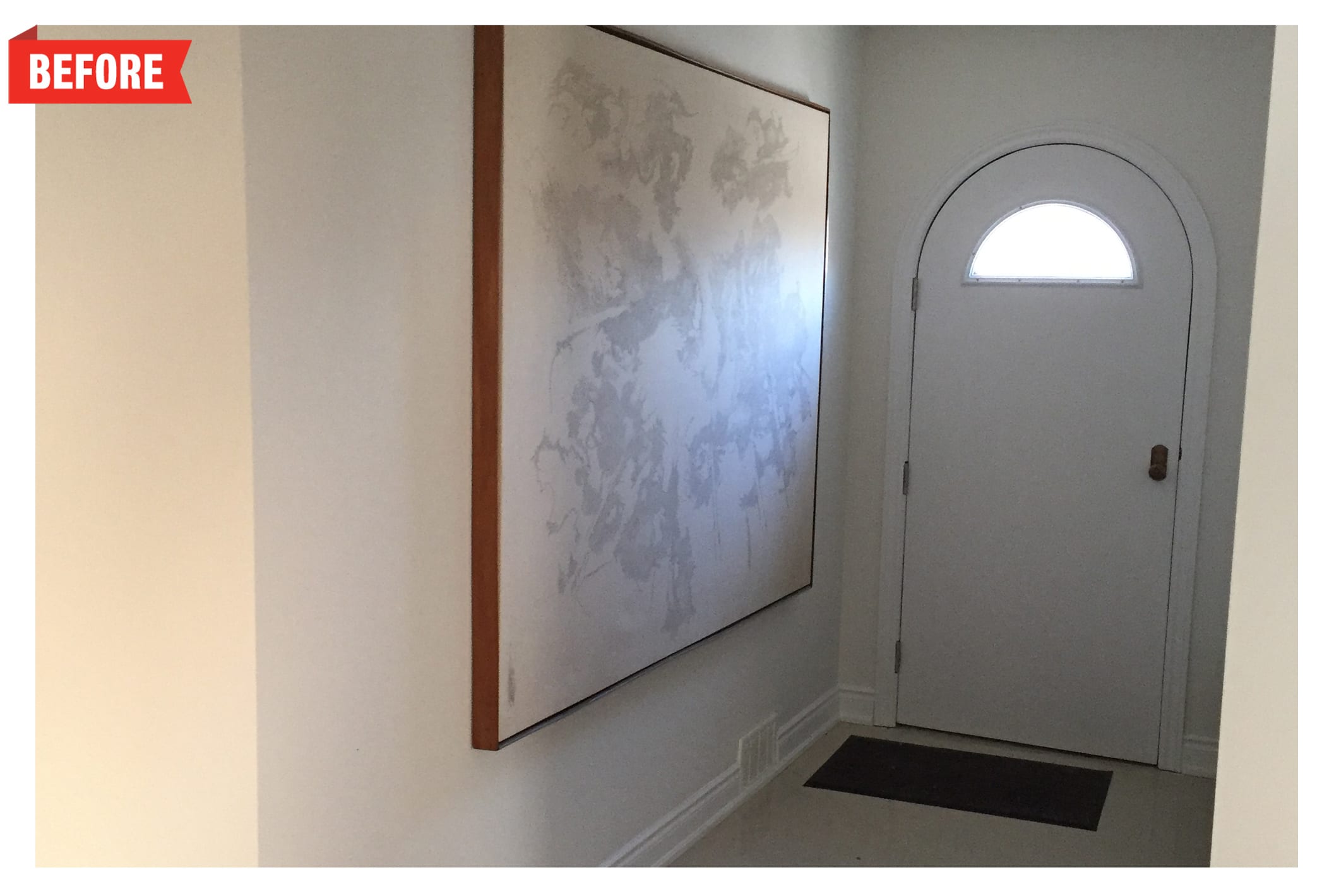 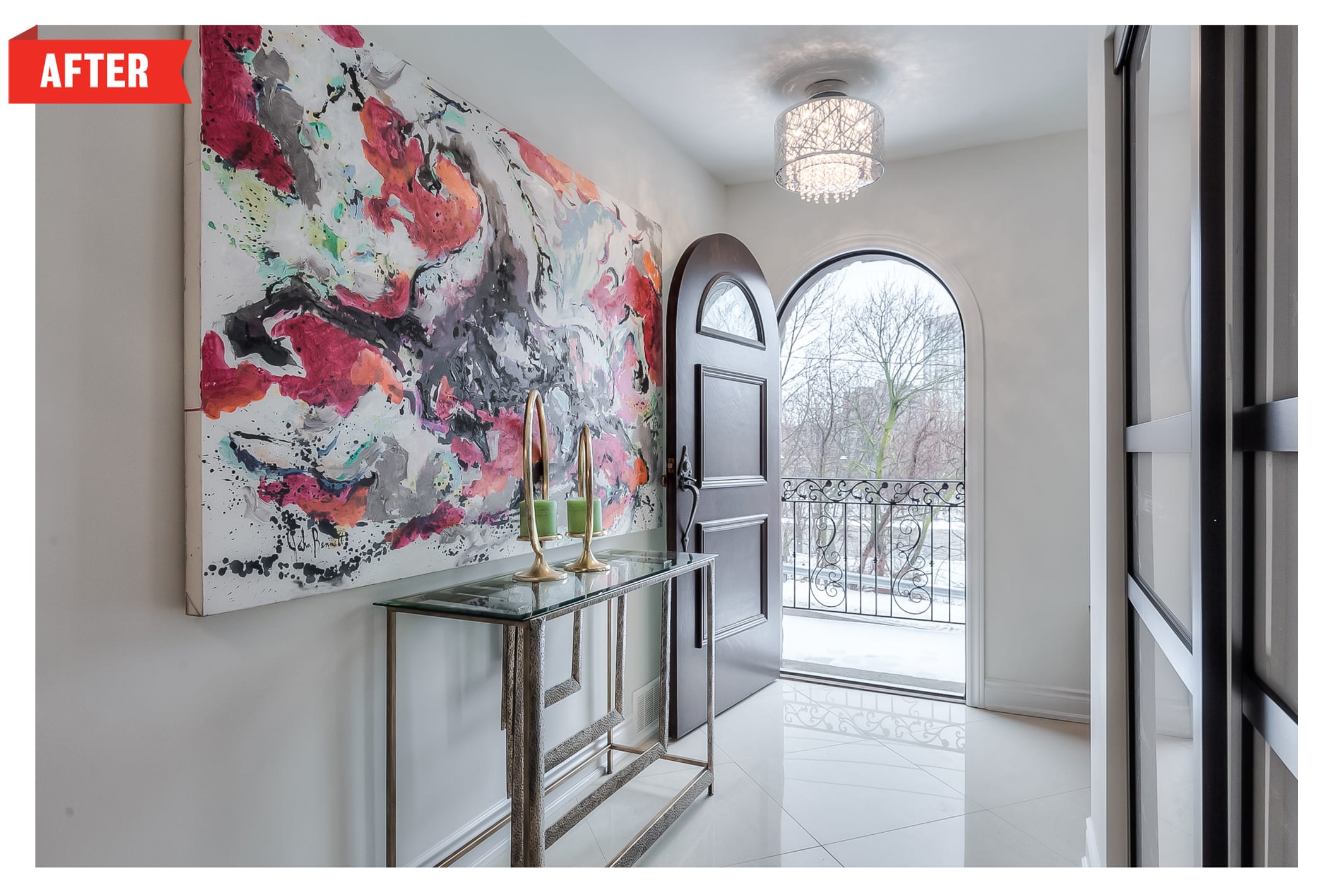 The living room was originally crowded with furniture. Kaneva carved out some space for a dining table by repositioning two pieces of the homeowners’ existing white sectional: 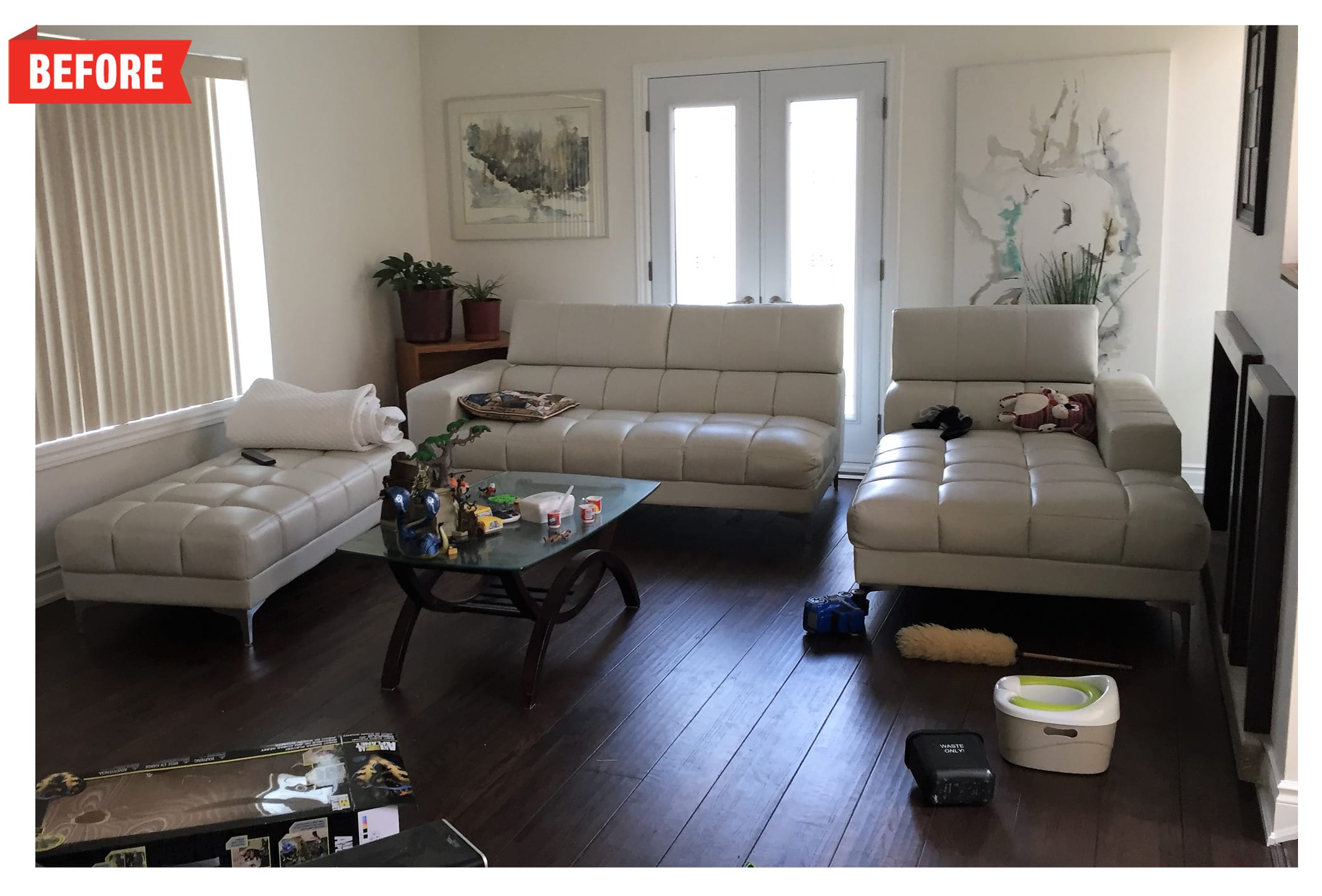 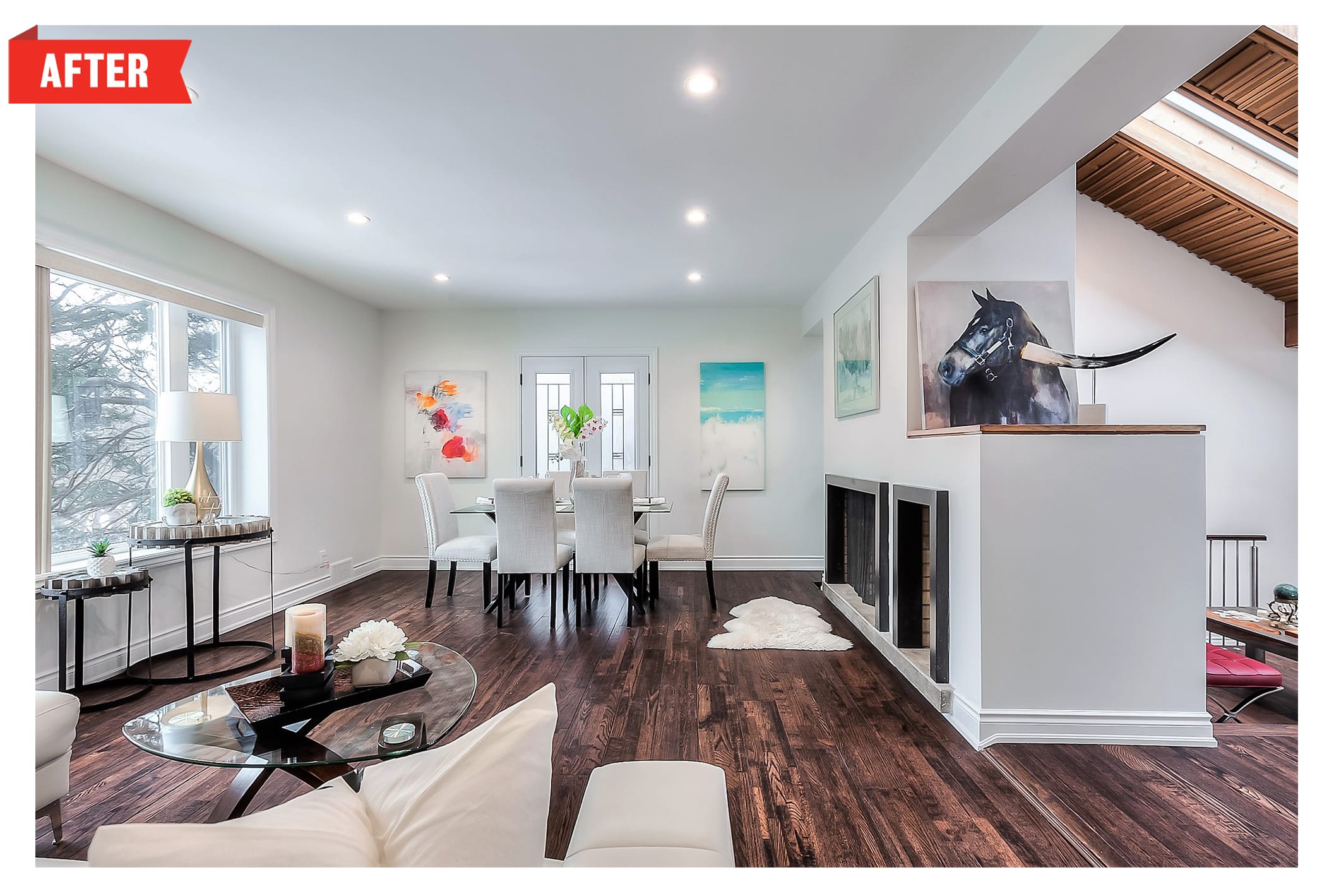 Kaneva converted this part of the house into a sitting area: 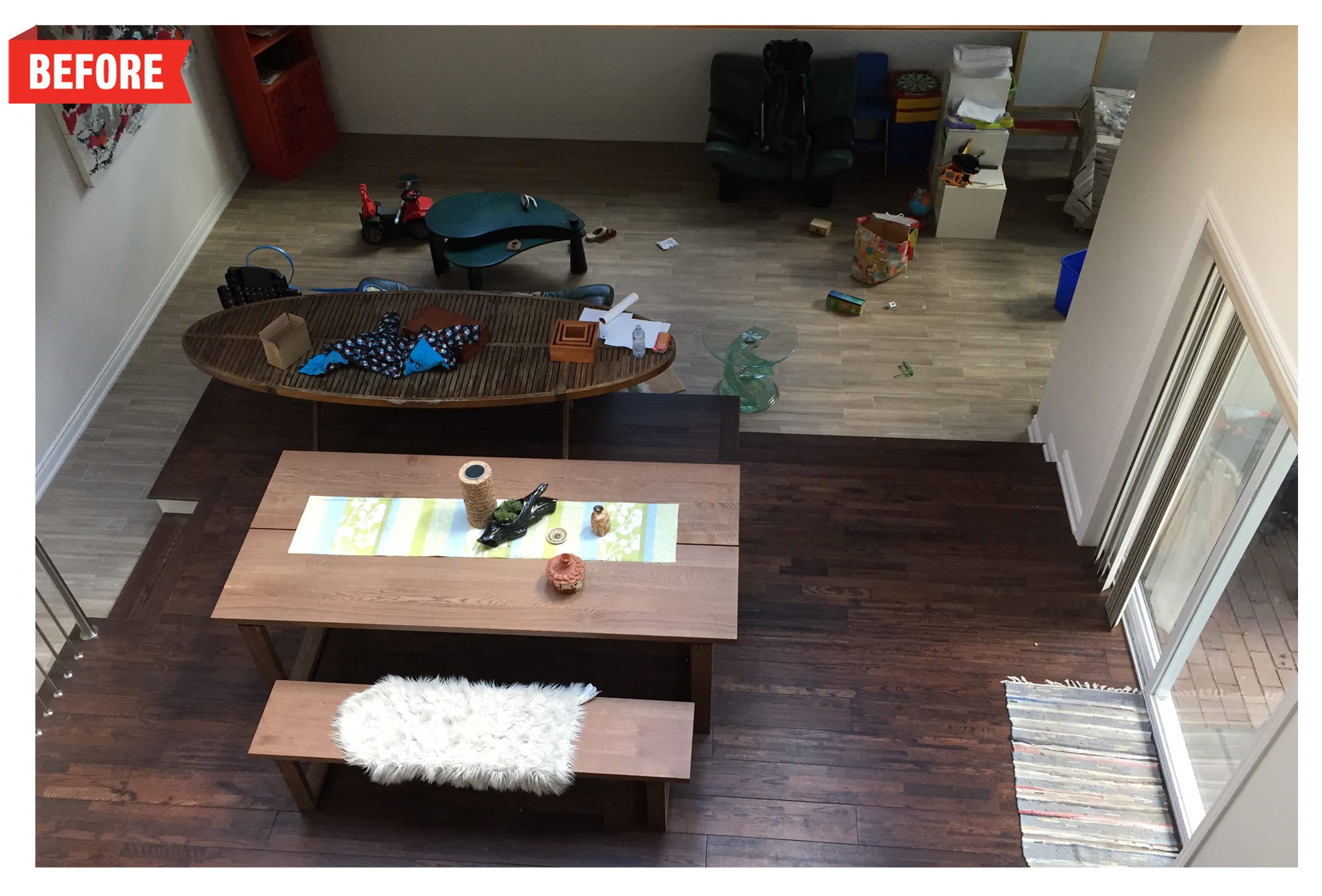 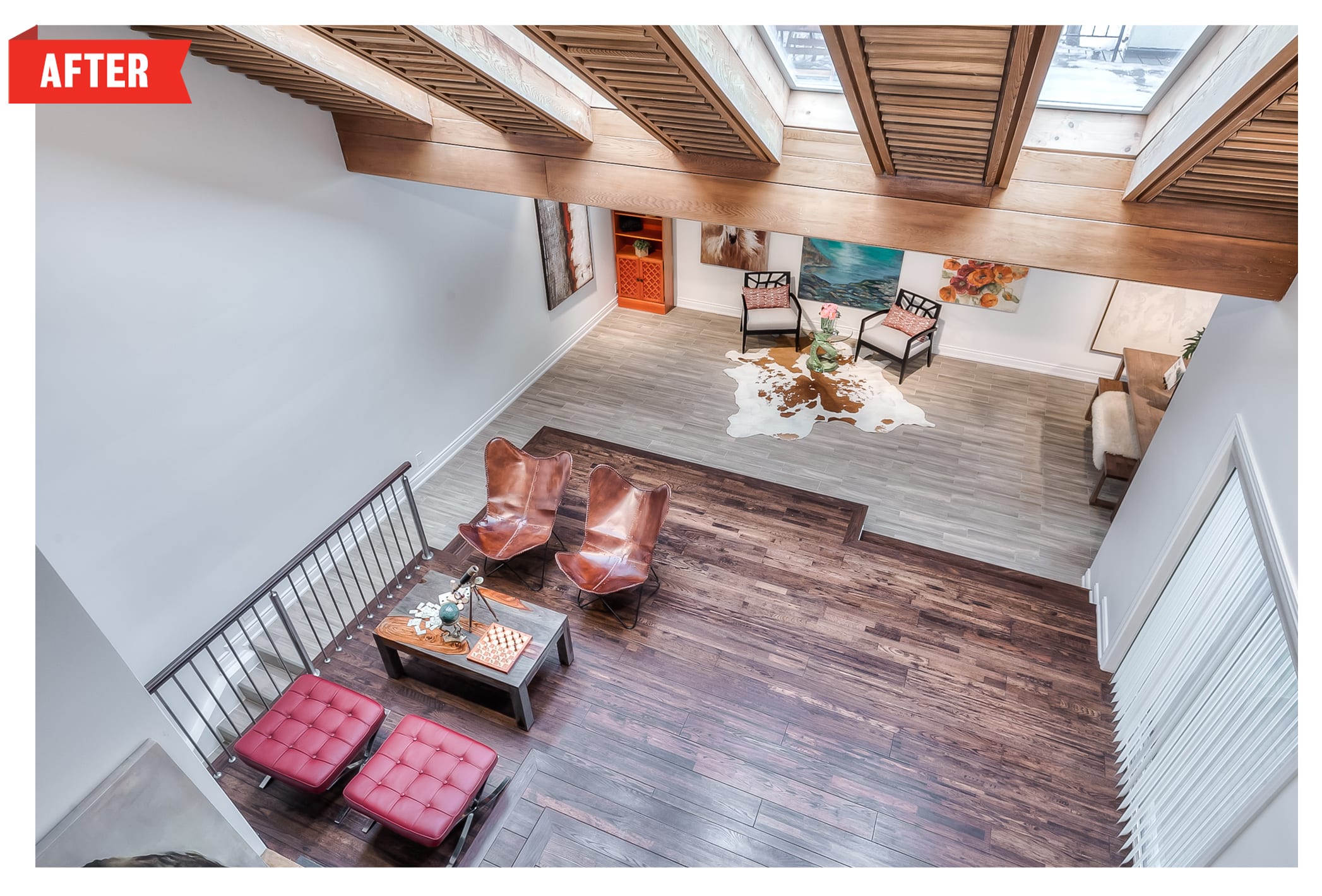 She displayed some of the homeowners’ art collection alongside pieces from her own inventory. The blueish canvas in the middle of the two chairs was painted by the homeowners themselves: 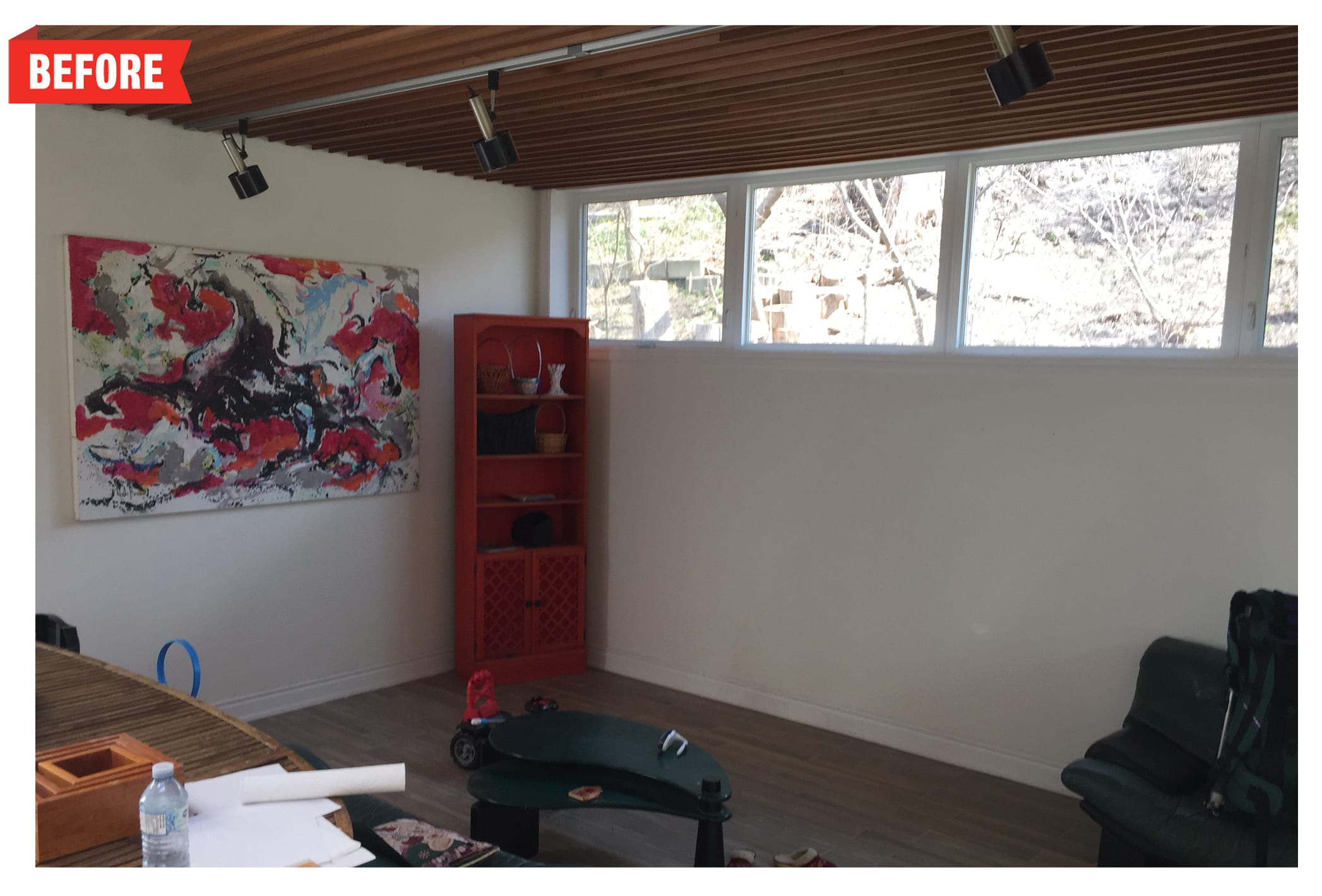 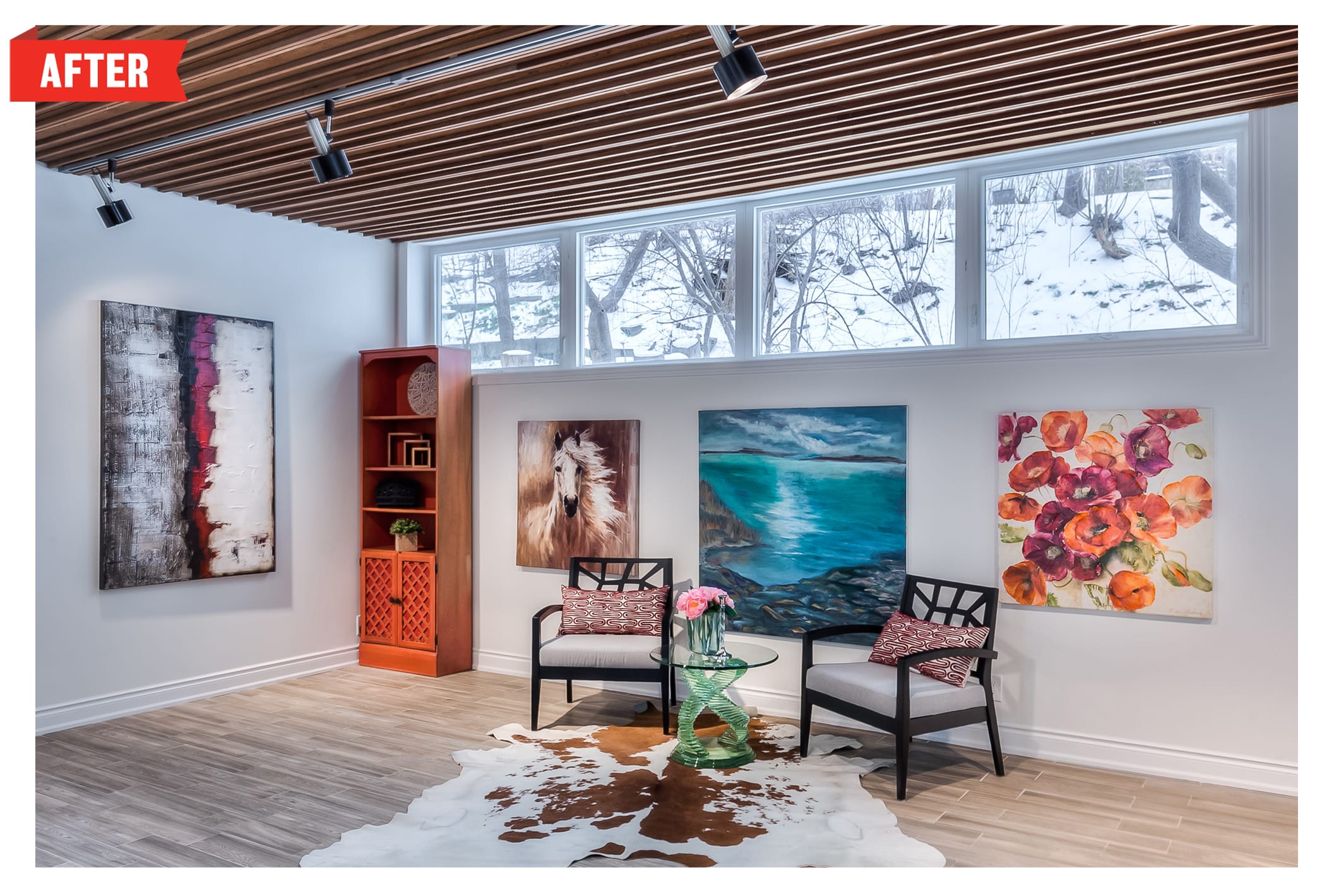 She moved in a table from another part of the house to turn the lower level into a studio. Some Bennett artwork, previously situated at the front entrance, also makes an appearance here: 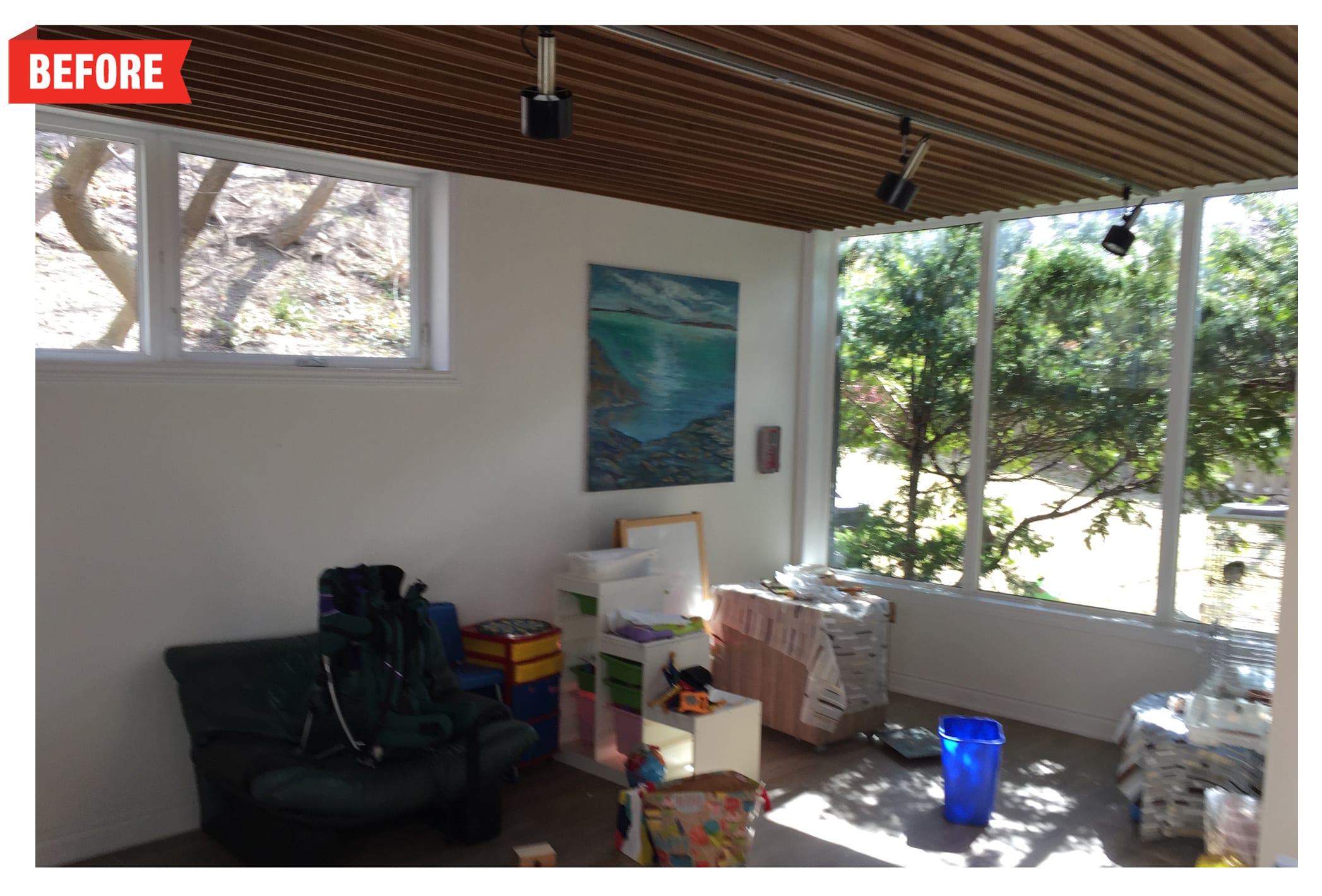 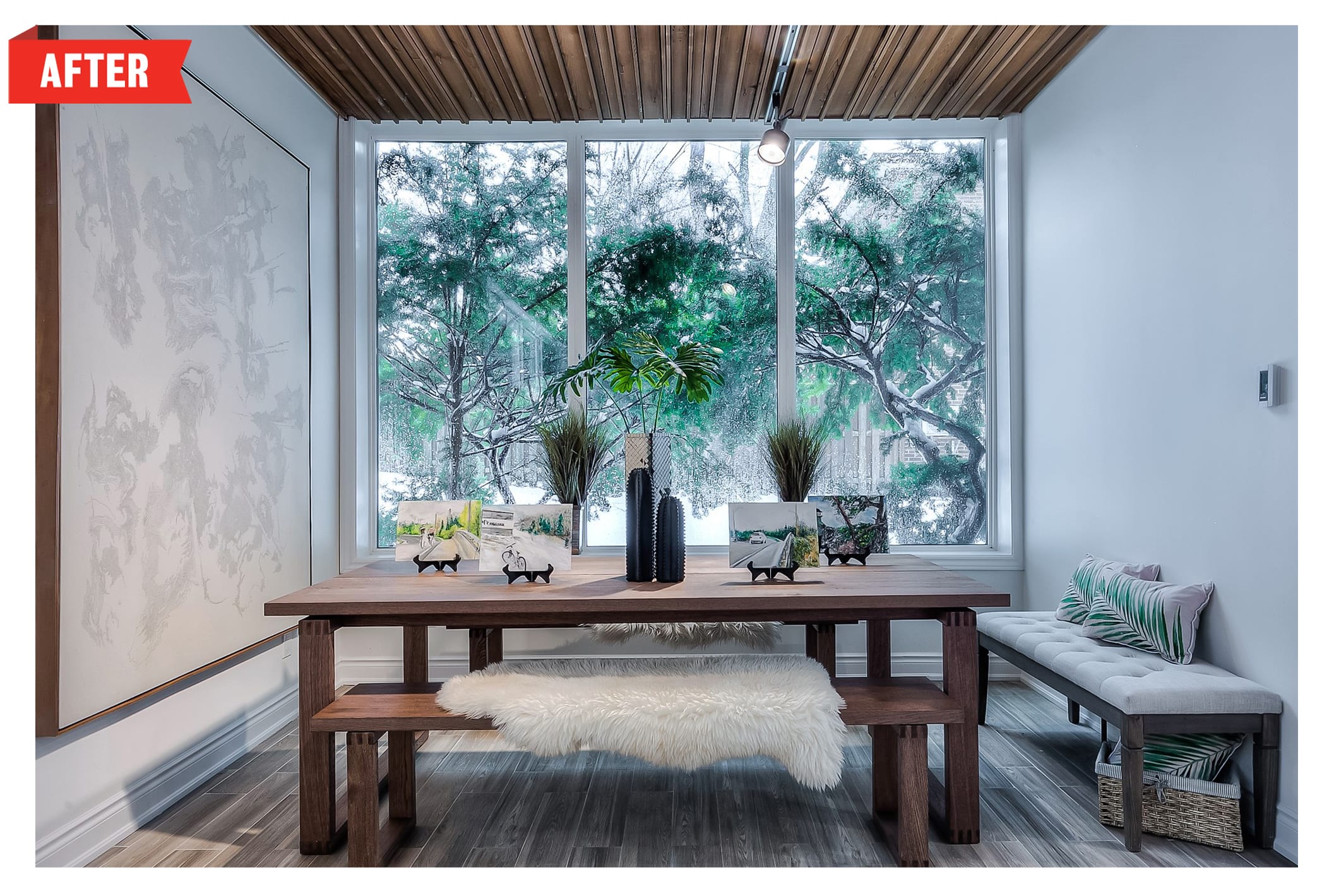