This 1,425-square-foot condo at King and Tecumseth is somewhat of an anomaly. With three bedrooms, two bathrooms and no unit above—not to mention 360-degree balconies—it’s almost like a mini-penthouse. Despite the spacious layout, it still sold for a smidge under seven figures when it went on the market last fall.

Lori Howard, of Hope Designs, left a career in social work to pursue her passion for interior design. She started her staging business 11 years ago in her hometown, Caledon, where her office and 3,500-square-foot warehouse are still located.

Because this condo is family-sized, but also located in a trendy part of town, Howard wanted to make it look both kid-friendly and suitable for a couple. “This one was tough,” she admits. “Most spaces are cut and dry.” She had to achieve an sophisticated look, but without sacrificing warmth.

Howard worked with Nicole Harrington, a real estate agent at Realosophy Realty Inc. Harrington covered the cost of Howard’s consultation, and the sellers paid for the staging.

In the dining room, Howard brought in some larger furniture to show off the size of the space. She rented this live-edge table with shiny chrome legs from one of her suppliers and brought in the denim chairs from her own warehouse. The linen curtains belonged to the sellers. “These were just gorgeous,” she says. “They sold with the unit.” 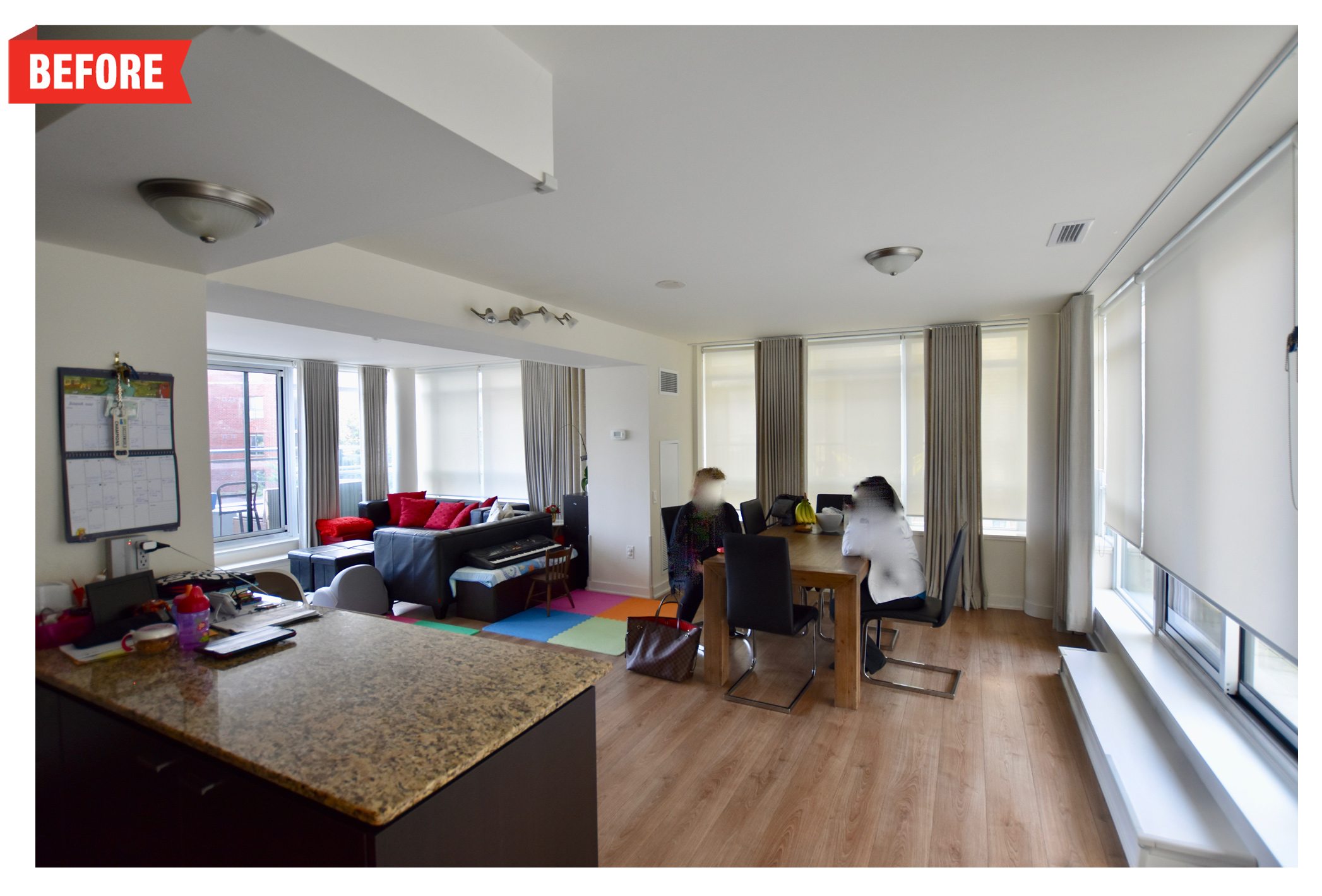 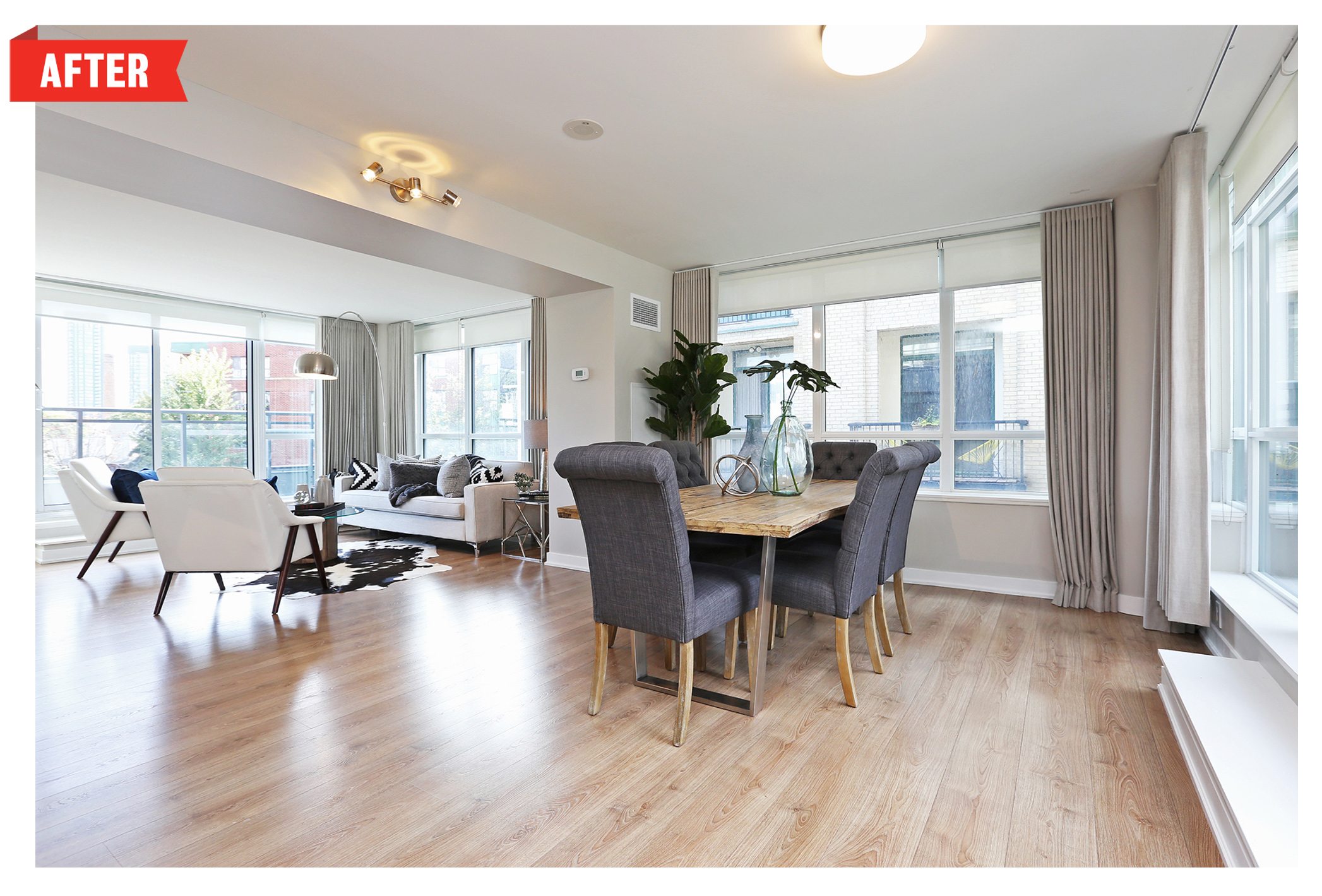 In the living room, a cowhide rug matches some white leather chairs. The glass-topped coffee table is livened up with a tray from Urban Barn and vases from West Elm. To achieve an ultra-plush look on the couch, Howard brought in a whack of pillows from Ikea and Home Sense. The arc lamp is from Structube. 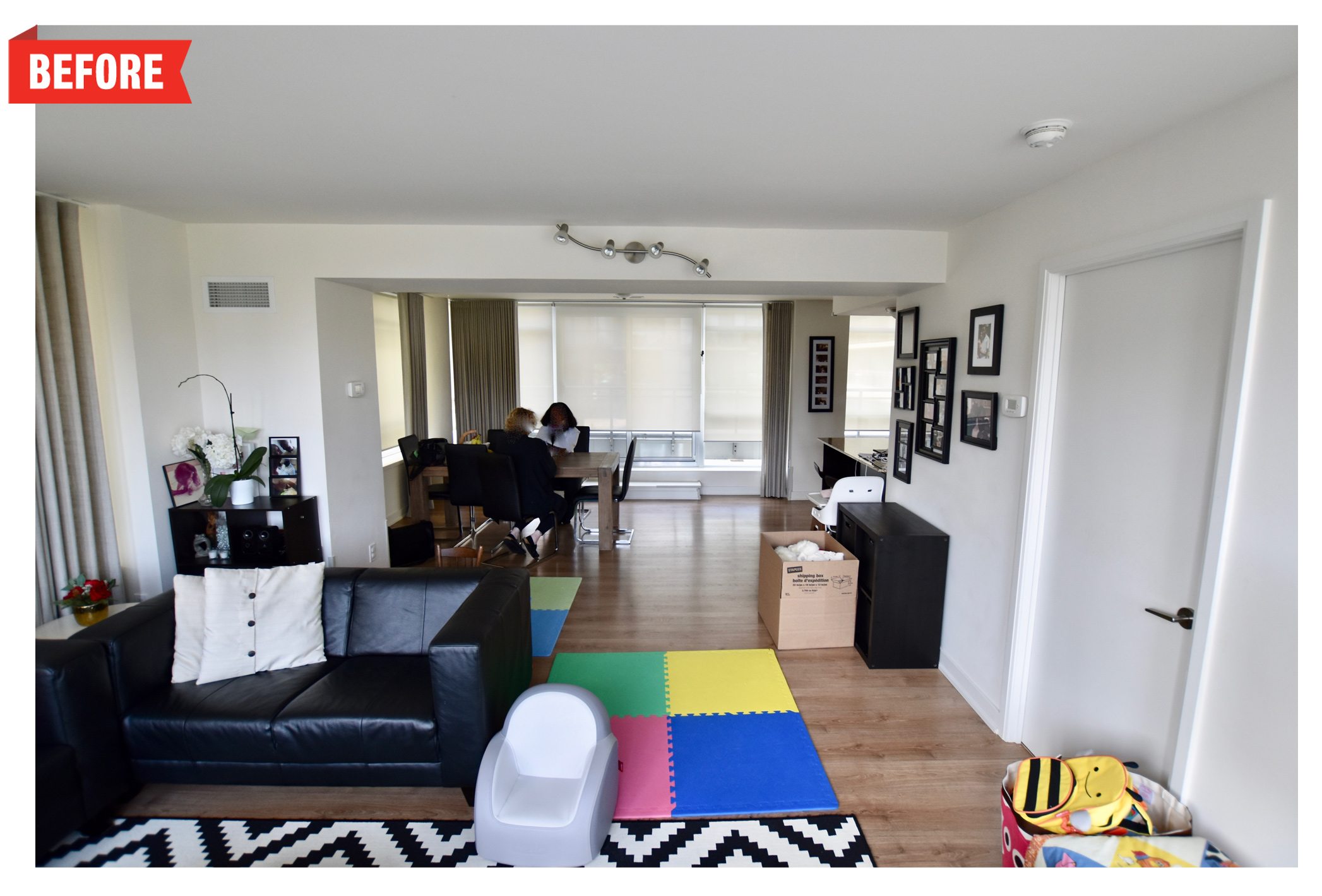 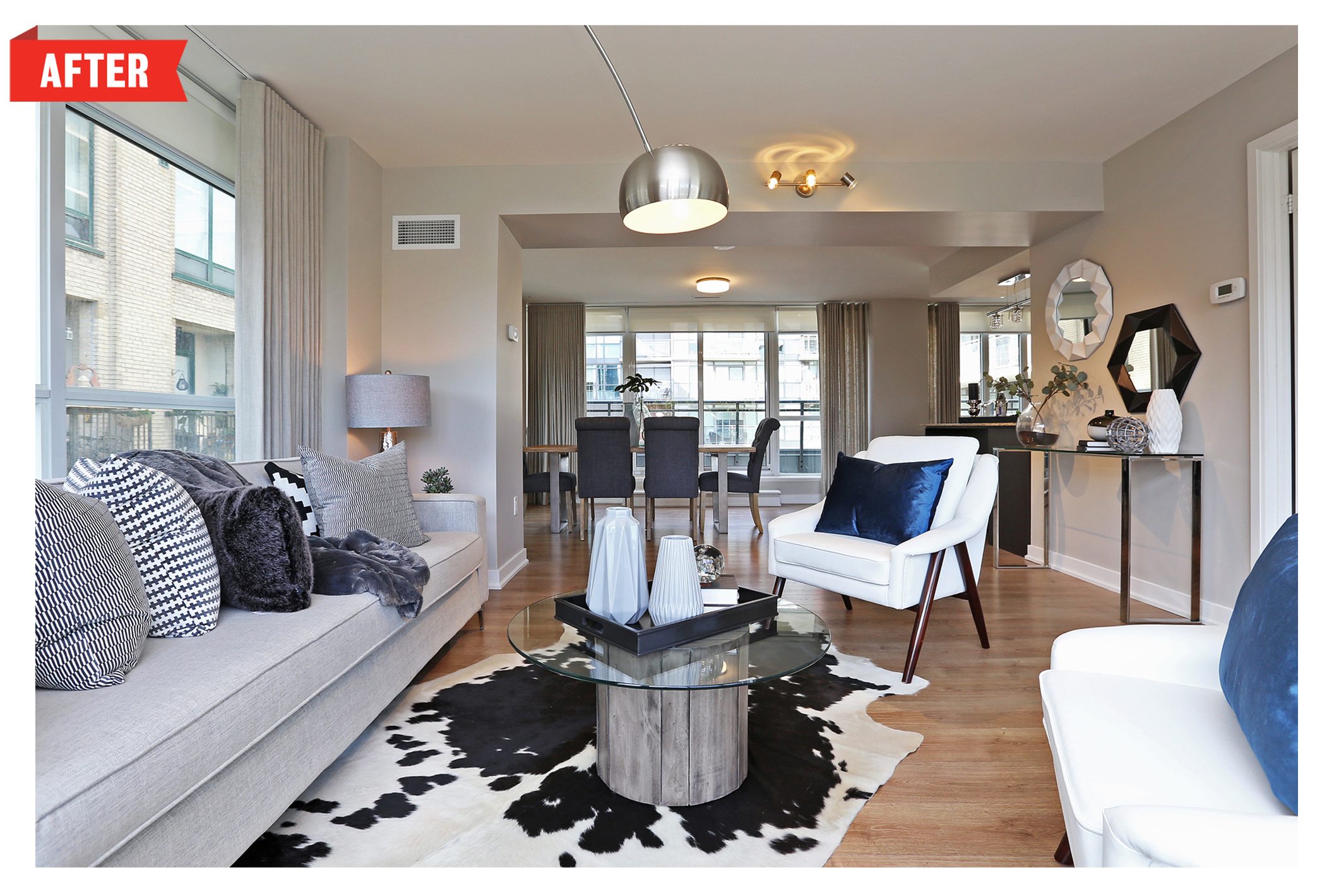 The master bedroom was relatively small, so Howard’s goal was to make it look as luxurious as possible. The sellers had a king-sized bed, which took up a lot of space. Howard brought in a queen mattress and loaded it up with king-sized sheets and pillows, creating a luxurious look while freeing up some floor area. 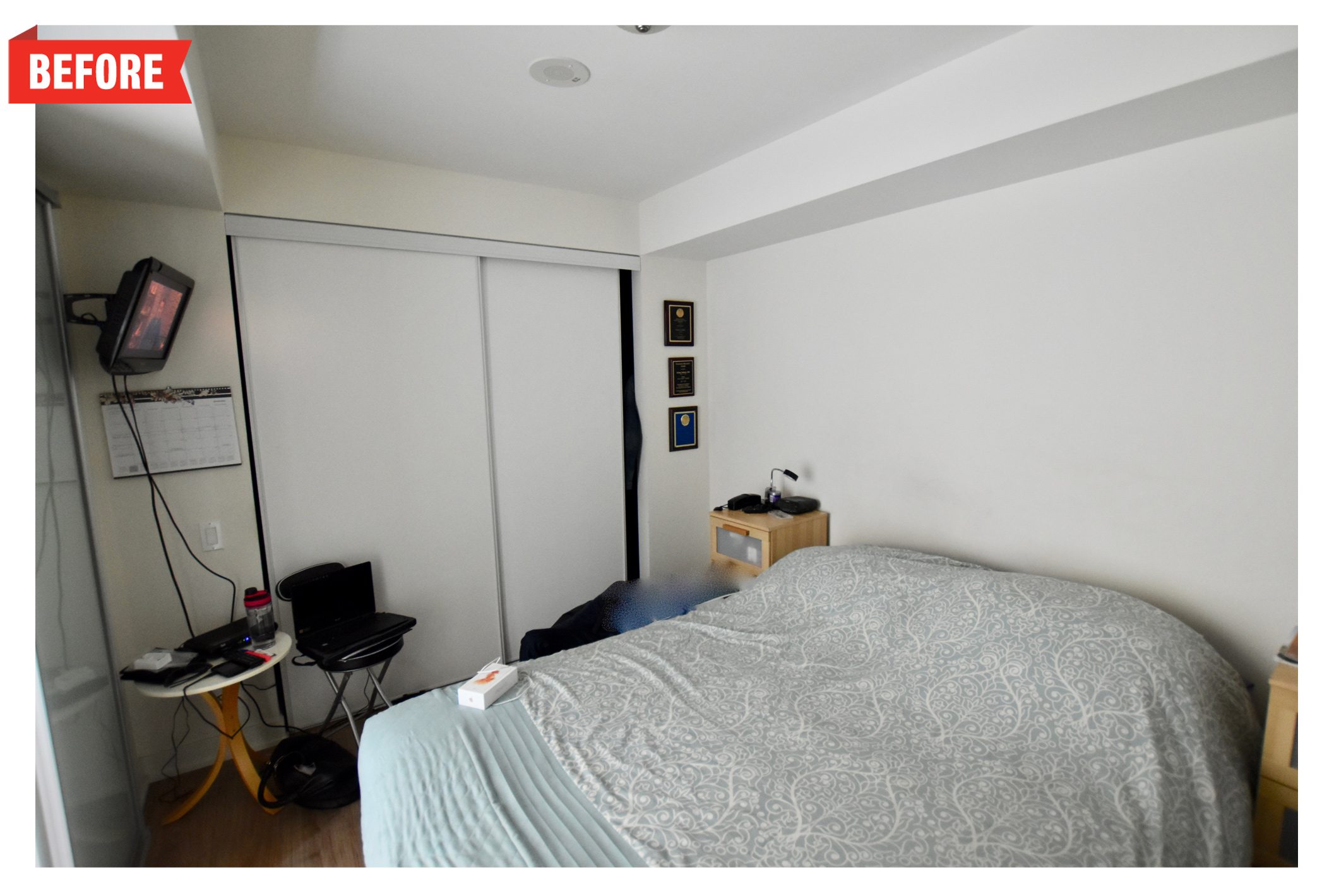 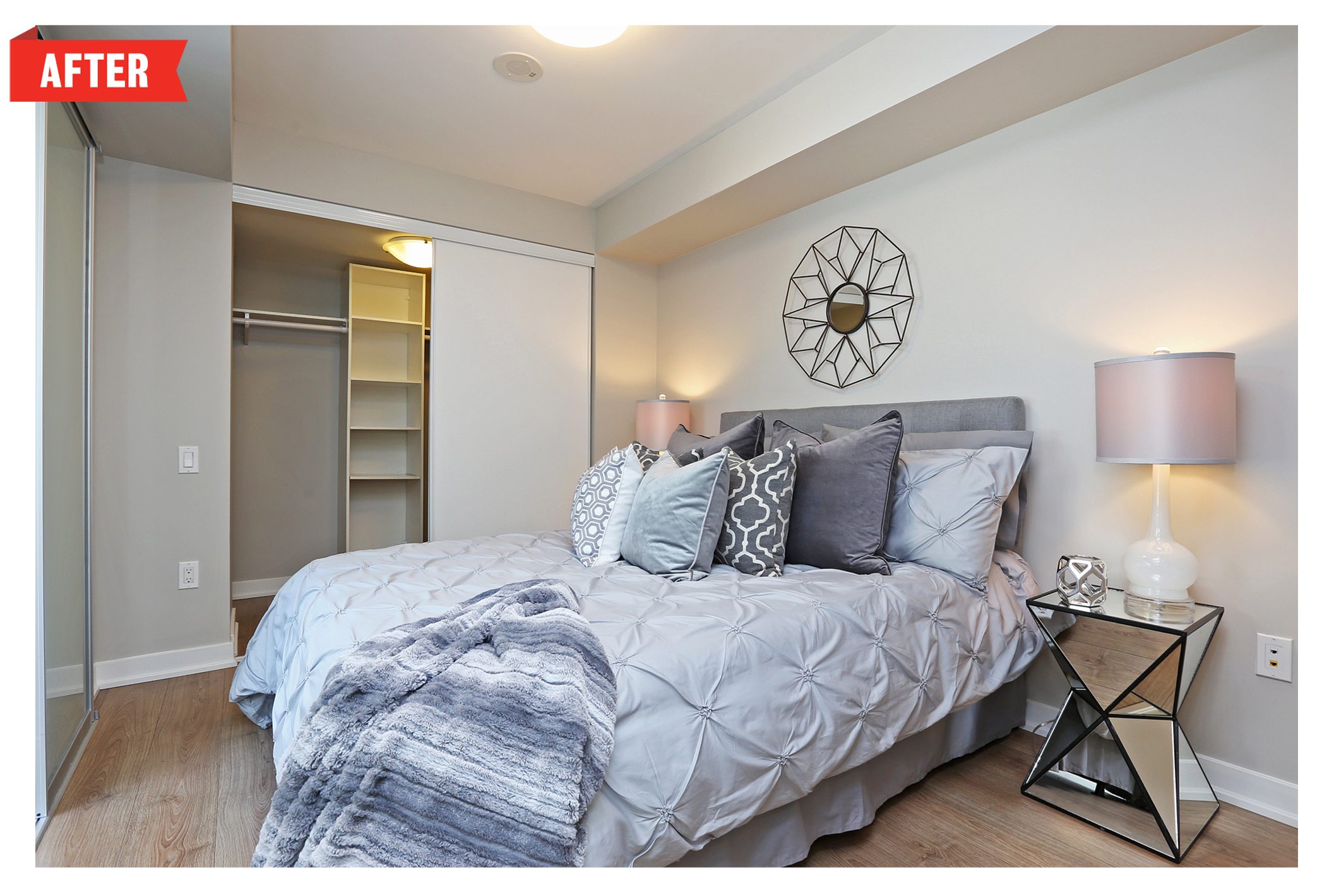 In the second bedroom, Howard used another trick. “If there are multiple bedrooms, I always use one twin bed,” she says. Why? It helps show off the room’s size and space, and allows potential buyers to see that the room can be used not only as a bedroom, but as an office or den. She sourced the bedding from HomeSense and the end table from her own warehouse. She kept the original curtains to preserve the grey-blue colour scheme, so buyers’ eyes would flow seamlessly from space to space. 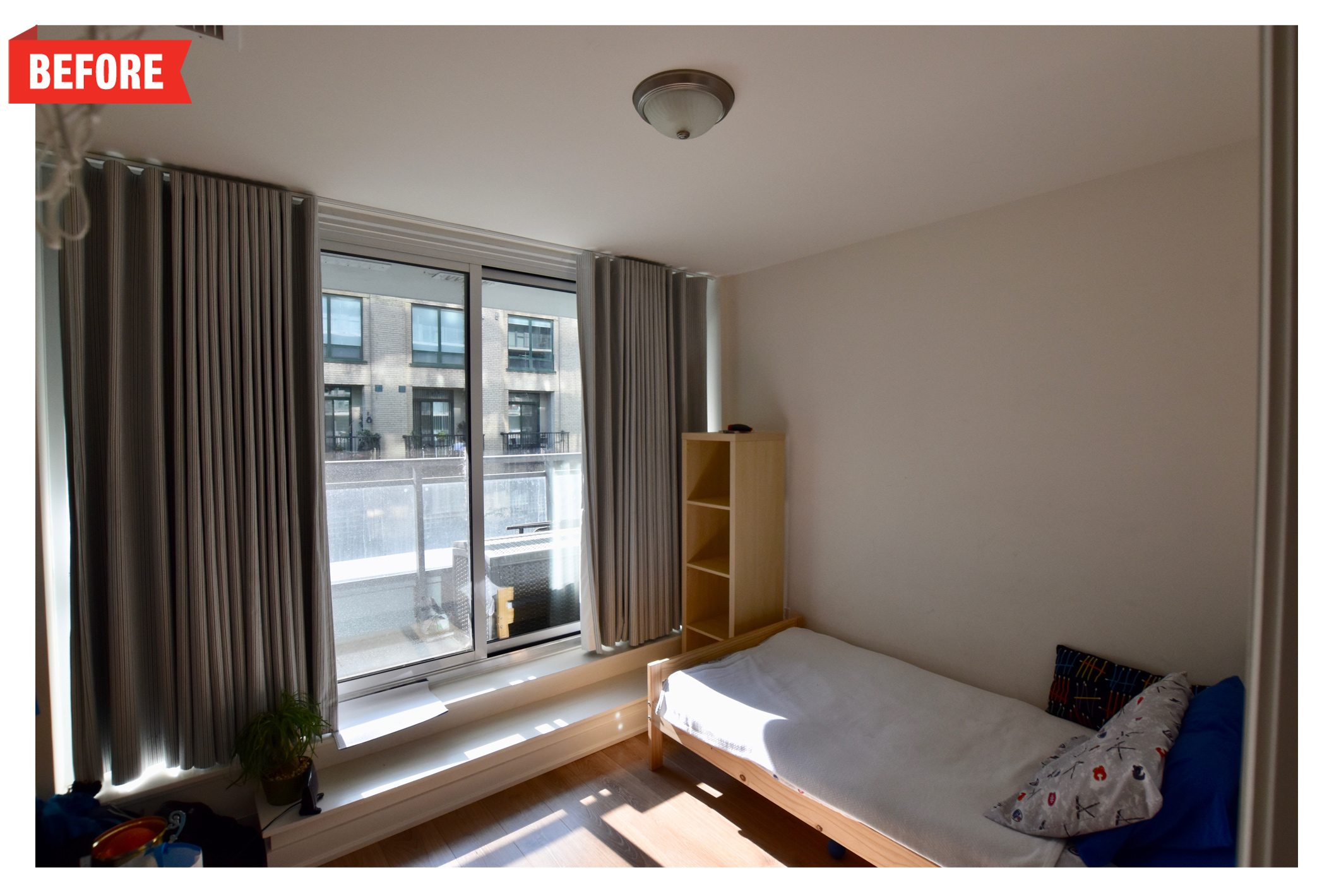 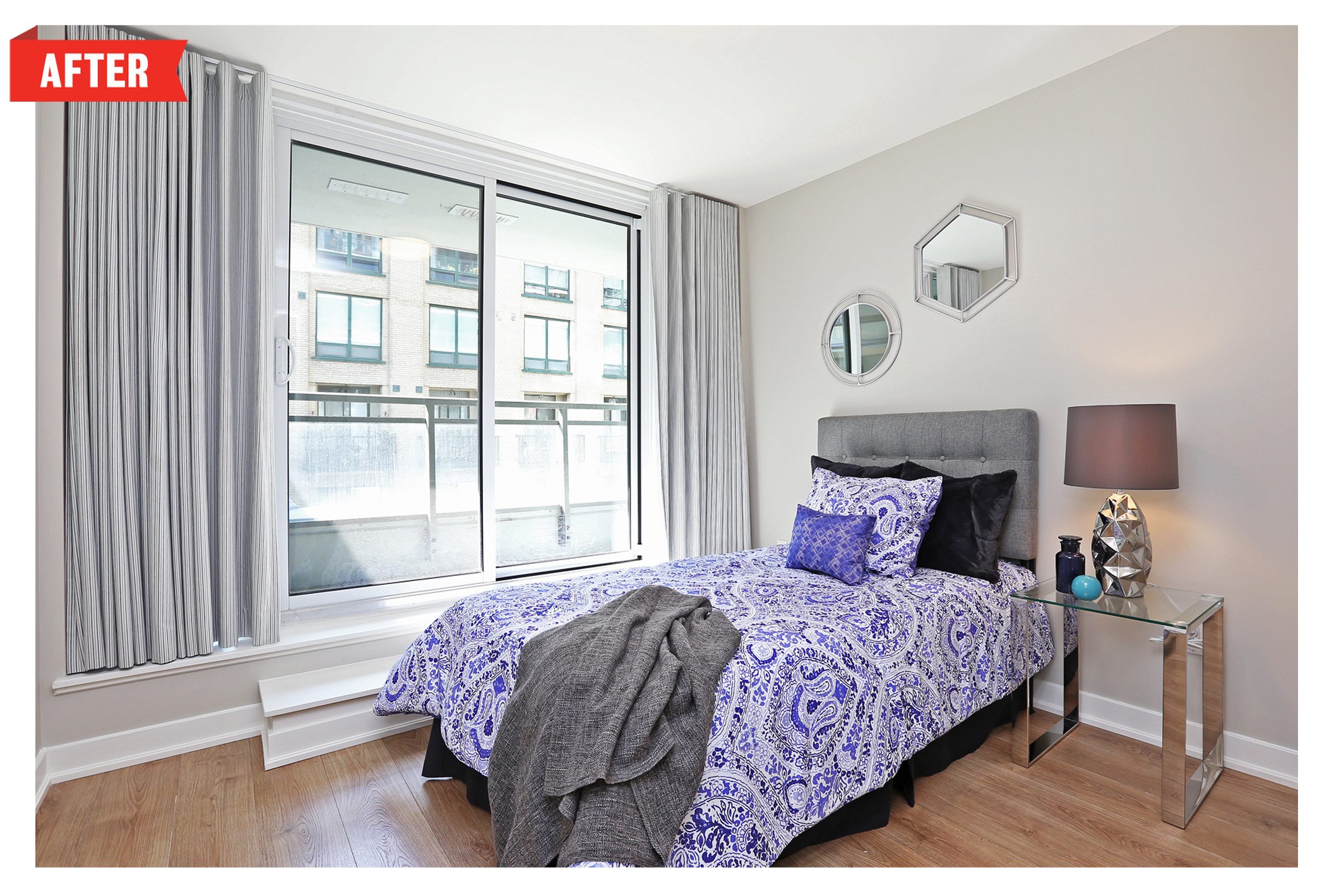