A four-bedroom duplex at Yonge and Lawrence that was built in 1926. At first, the seller tried marketing the property as a teardown. After months with no bites, it was clearly time for a change in strategy, so he had the place professionally staged. It sold shortly afterward.

Eileen Lasswell has been a real estate agent with Chestnut Park for the past six years. She offers staging services to all her clients, and employs two staff members to do the heavy lifting. If a home requires more stuff than she has in her storage locker in Leaside, or if her contemporary style won’t work with the space, she brings in another professional stager. “I’ve shown over 300 houses this year alone, and when you see so many you get a sense of what works and what doesn’t,” she says.

For this property, Lasswell realized she’d have to do a bit more than just stage the space. She told her client that he would have to repaint the entire interior in white, for a fresh look. Lasswell likes to add pops of colour to give a space as much personality as possible. “People buy based on emotion,” she says. “They’re not going to fall in love with a home if it looks like every other house they’ve seen.”

For the downstairs living room, Lasswell wanted to make sure she found a couch that was just the right size: large enough that buyers could envision a family hanging out, but not so overwhelming that it would crowd out the room’s other interesting elements. She wanted to highlight the charm of the fireplace, so she added some pretty accessories and plenty of books. “A home without books just doesn’t feel lived in,” she says. She chose chairs in a mid-century olive hue to complement the house’s vintage look. 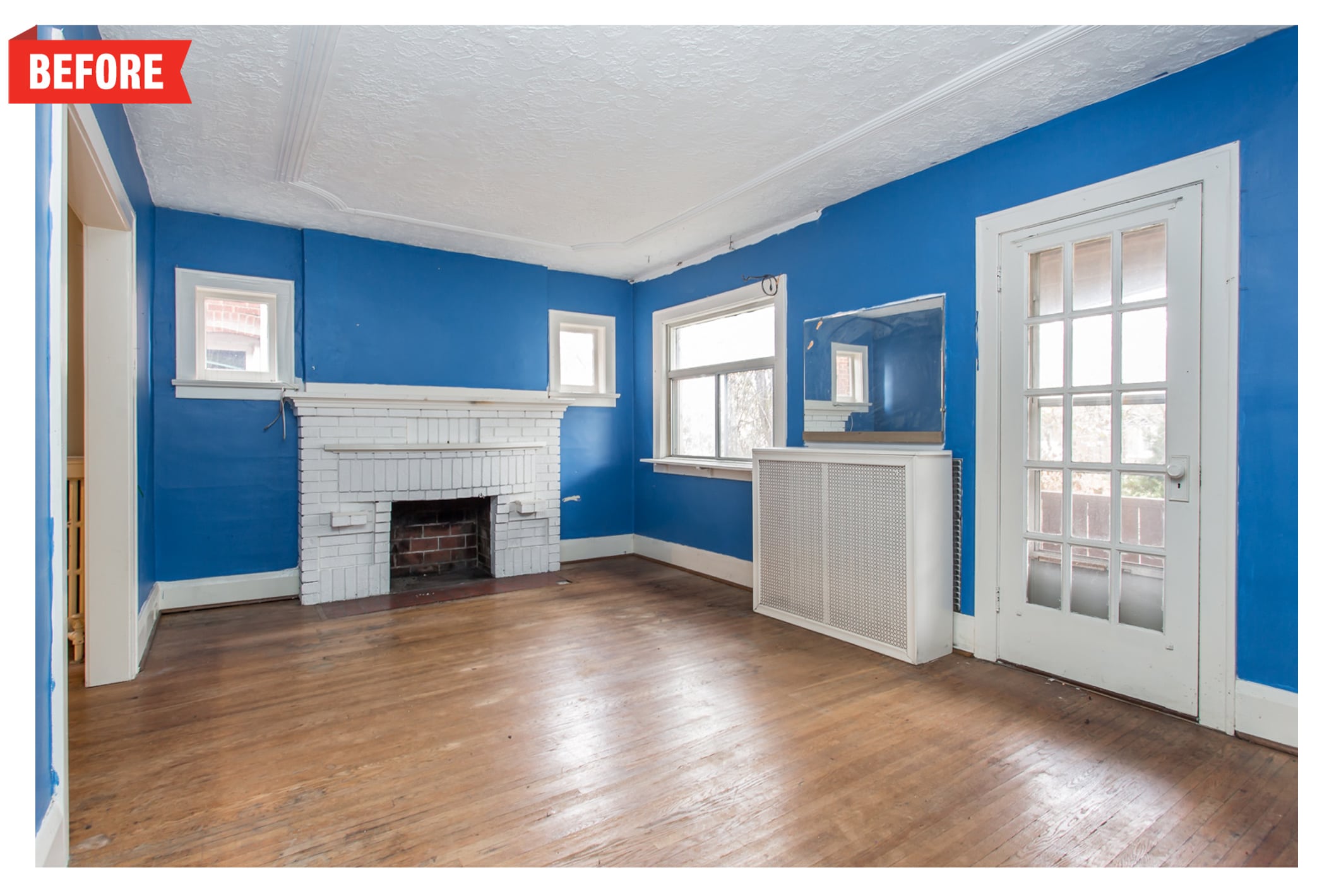 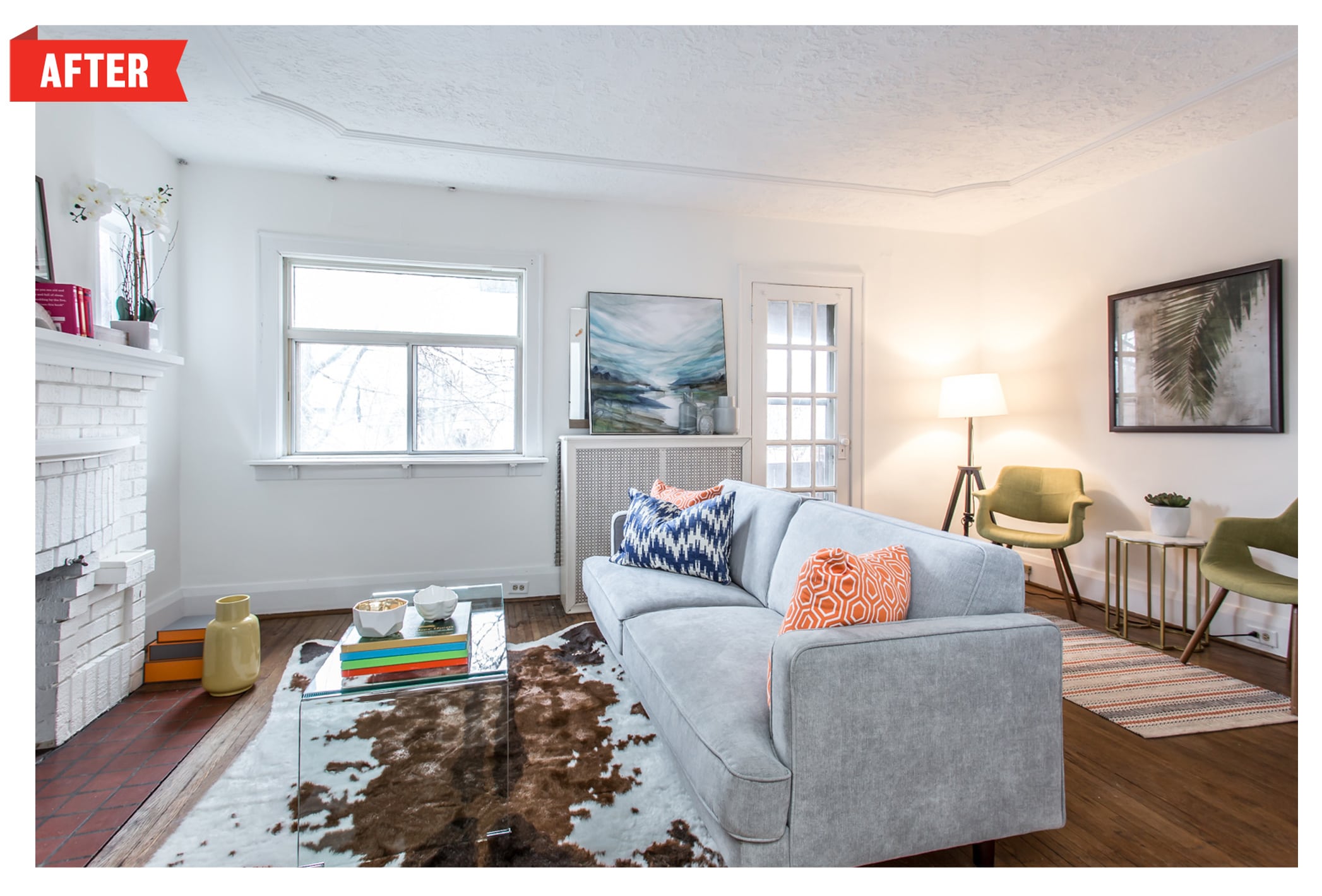 In the downstairs dining room, Lasswell chose walnut furnishings to bring some warmth to the space and contrast the whitewashed walls. She didn’t want to draw too much attention away from the crown moulding and door trim. “The details on these old homes are so beautiful,” she says. “We wanted to make sure they still stood out.” She livened up the room by adding bottles of wine. 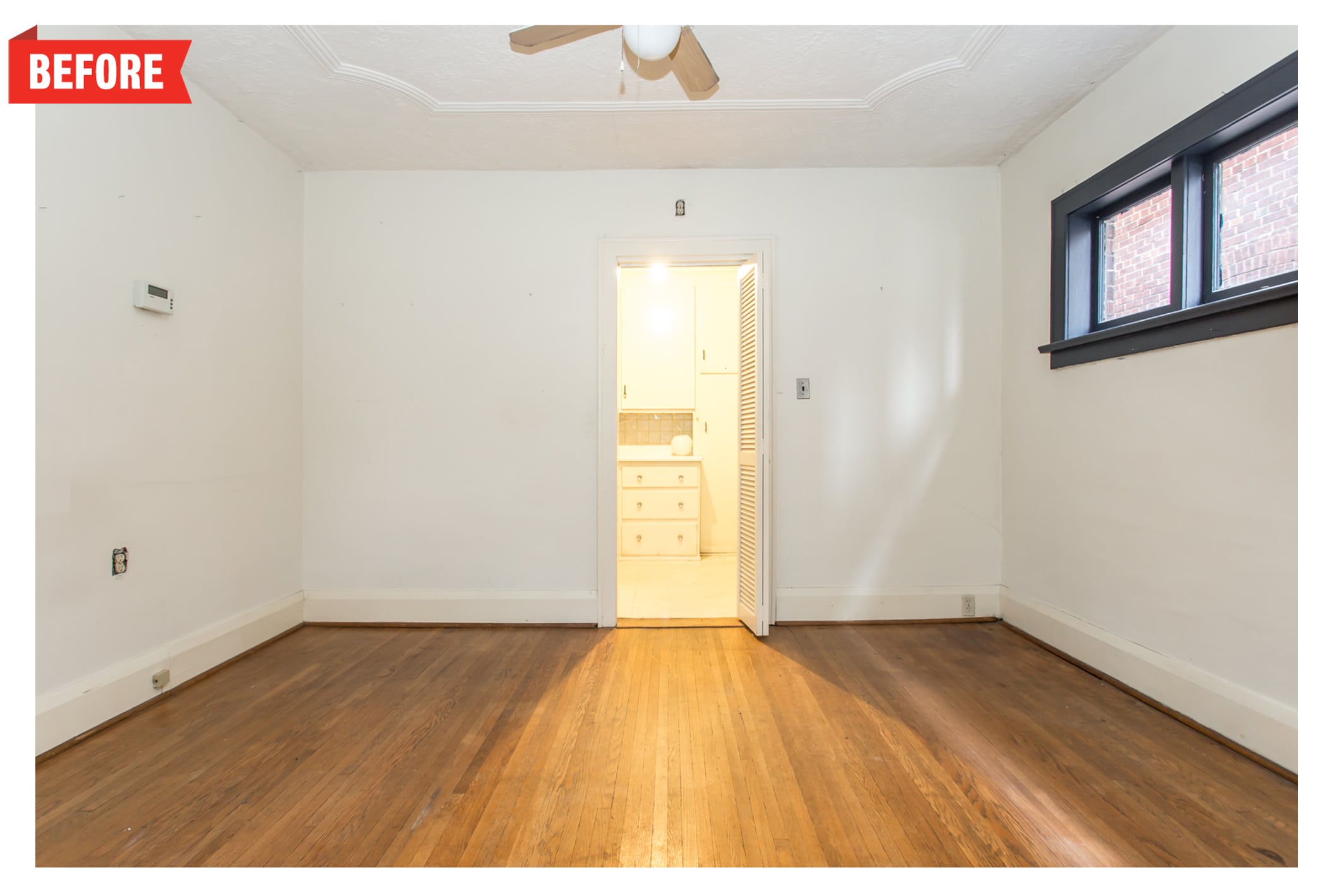 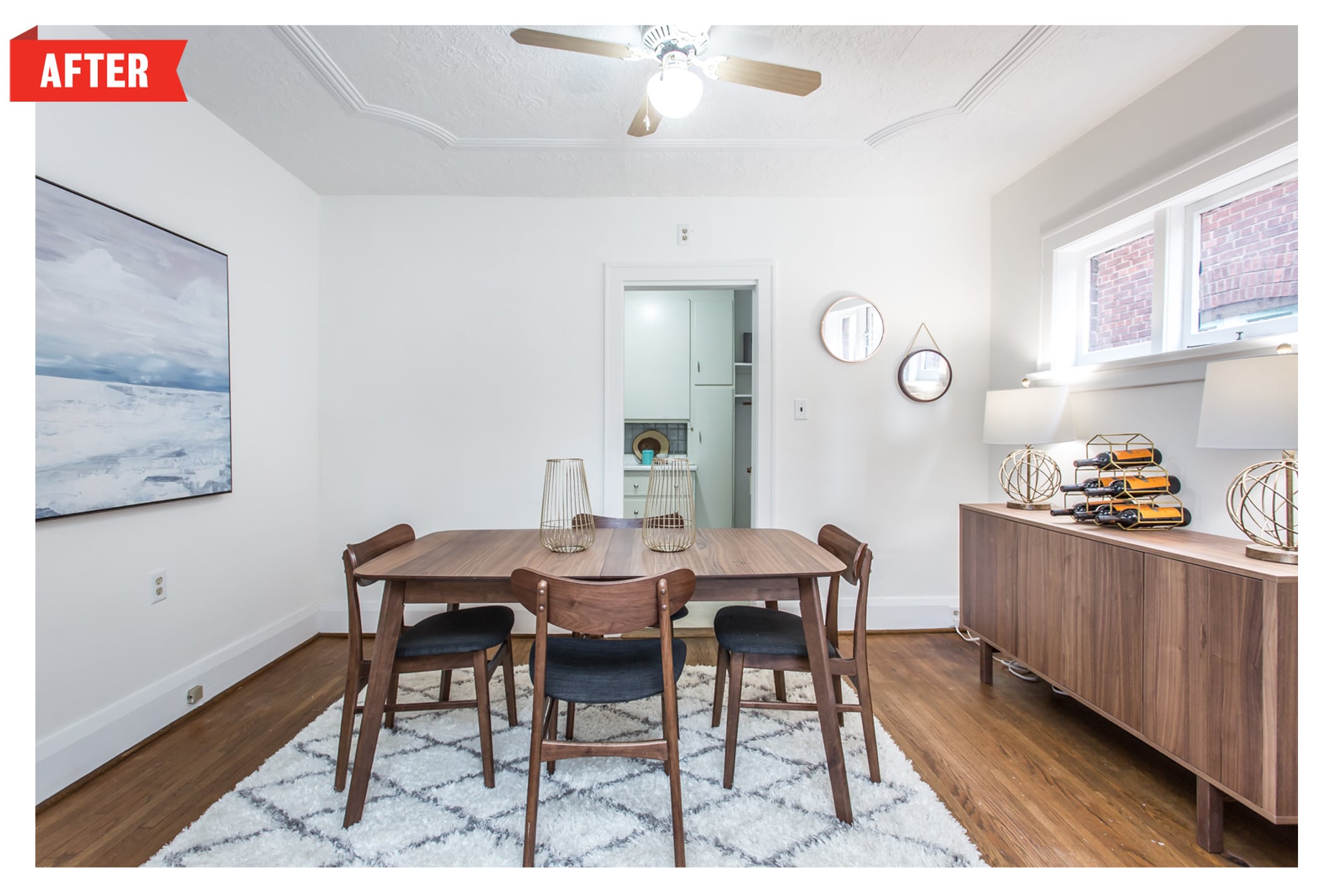 One of the downstairs bedrooms was quite large, so Lasswell put in a king-sized bed to show off the size. Elsewhere in the room, she mixed expensive pieces with cheaper ones. The rug is a $5,000 item from Elte, but the bedding is from Ikea. 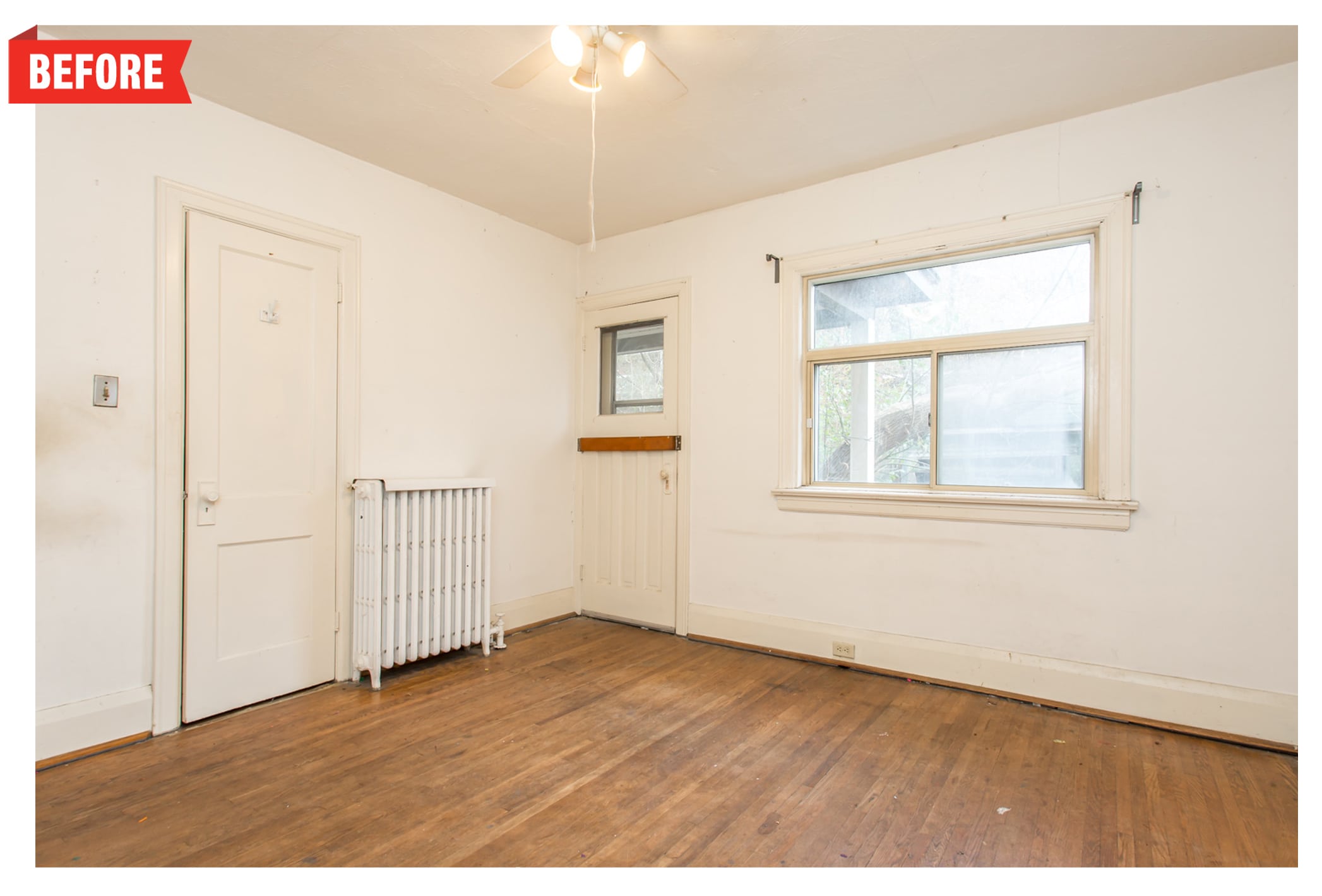 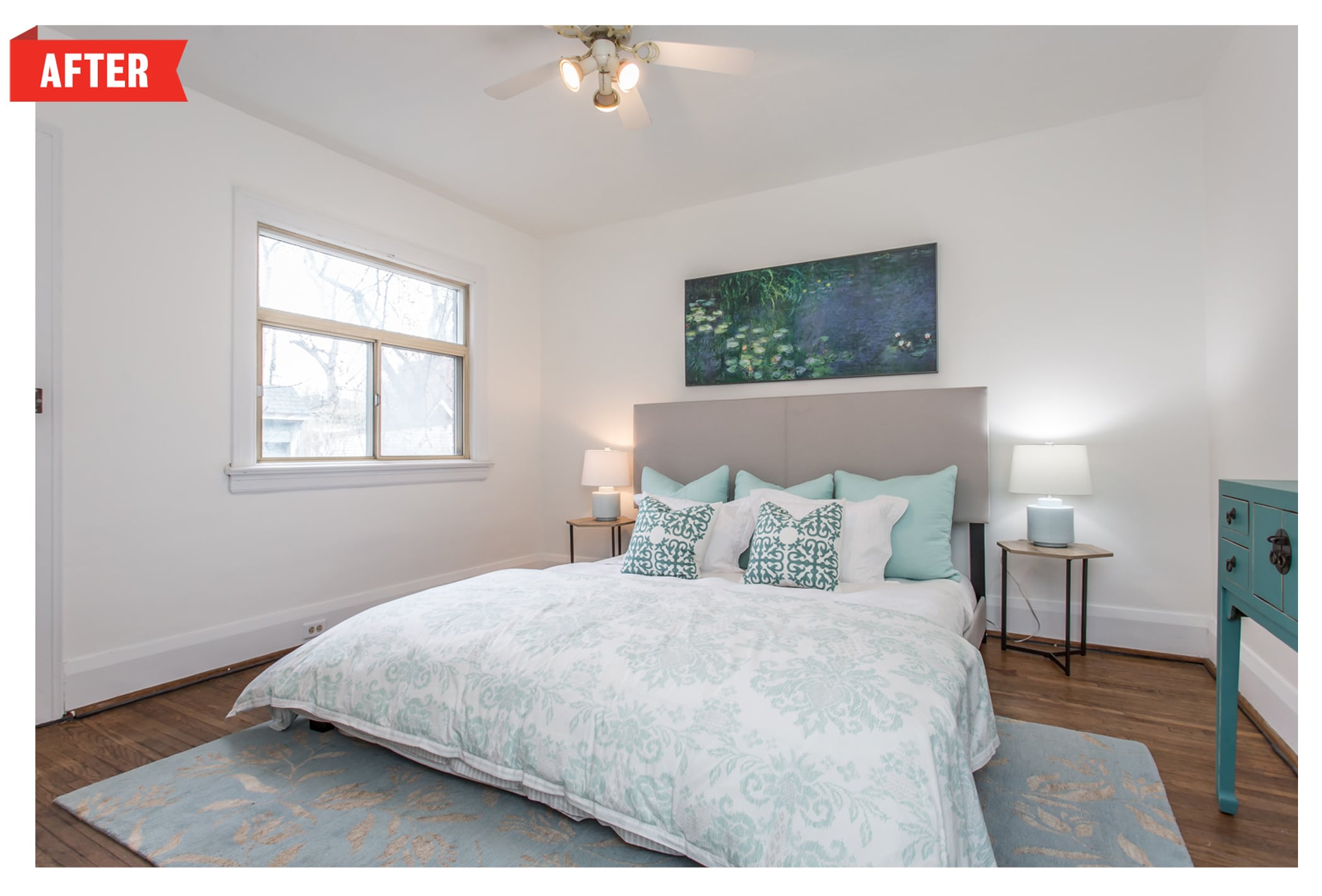 The upstairs kitchen clearly needed more than just some redecoration, so Lasswell added an antique draft table and some bright orange stools. A new stove and some fresh cabinet hardware helped freshen up the look: 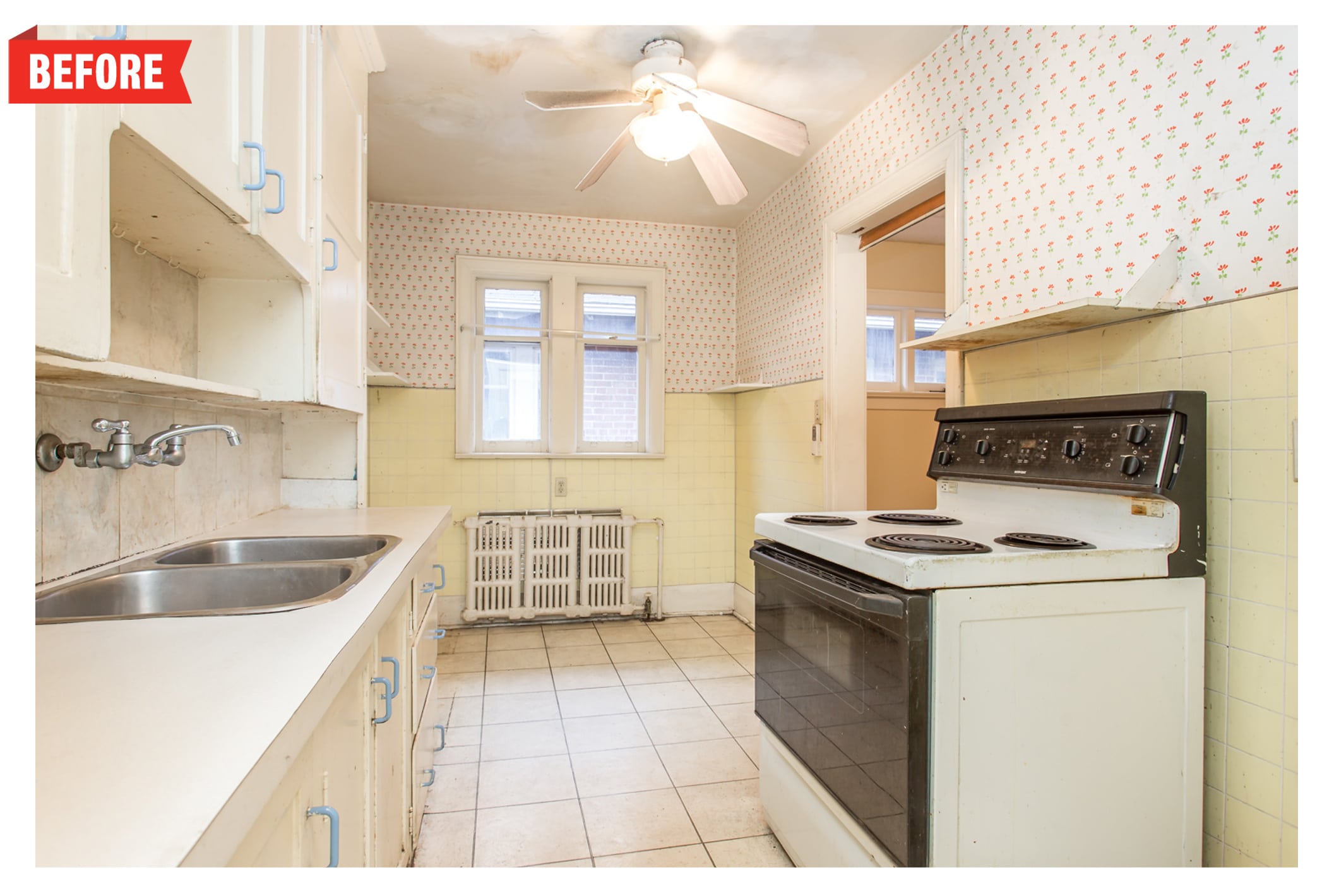 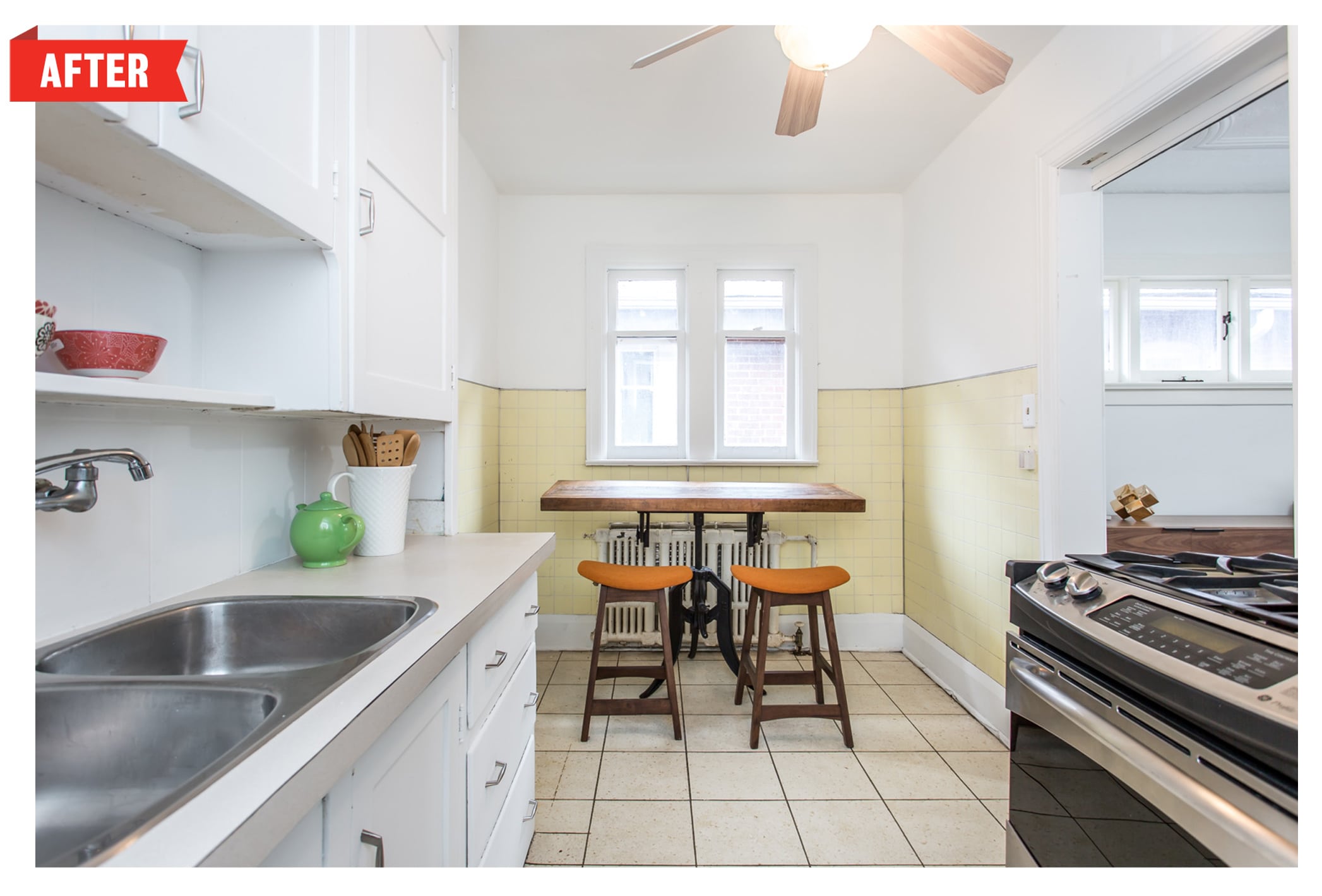 In the upstairs living room, Lasswell went with a bolder, more modern style, to differentiate it from the downstairs. “You don’t want it to feel like the exact same room,” she says. “Especially when people are browsing photos on MLS. If the spaces aren’t different enough they’ll think it’s the same space.” 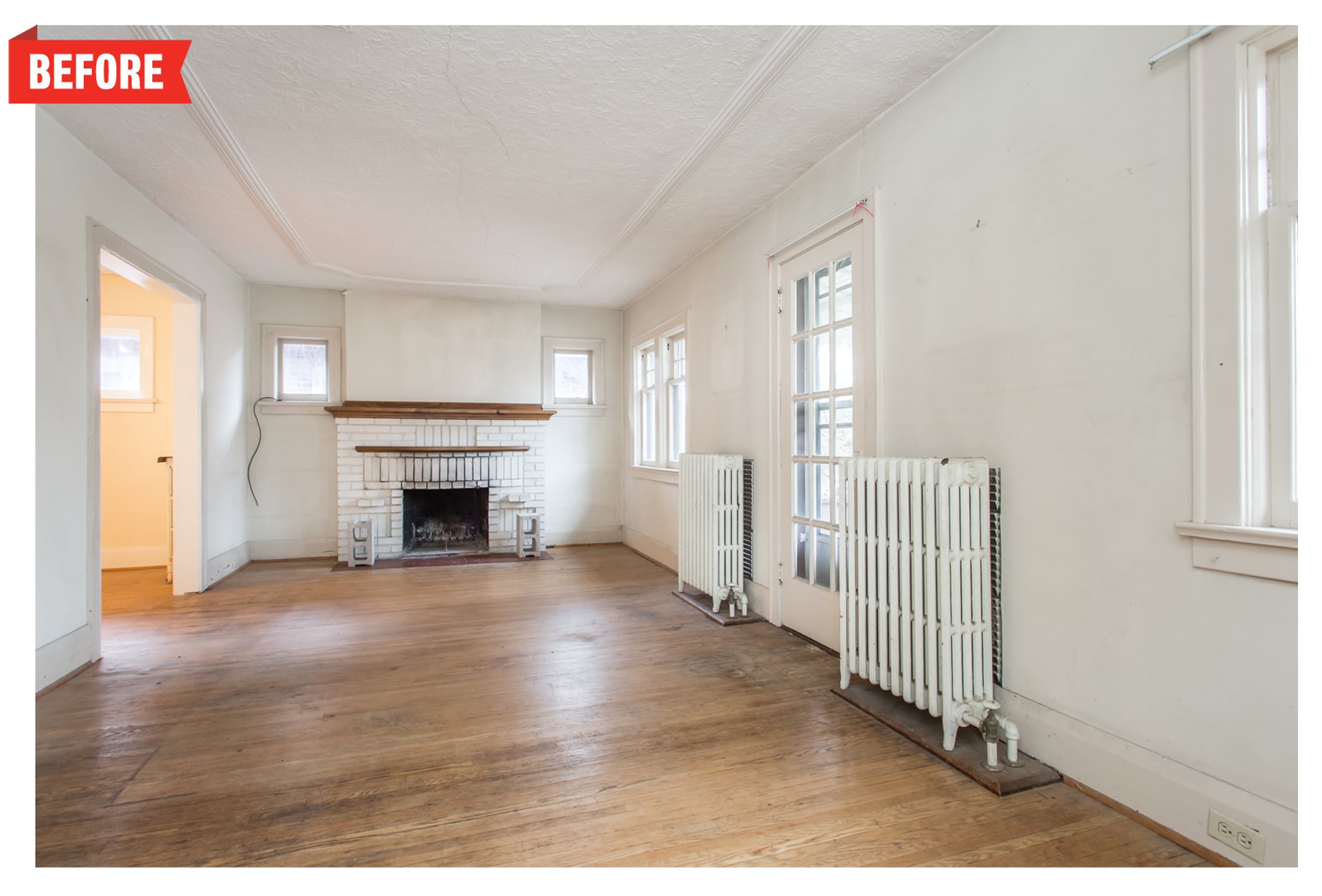 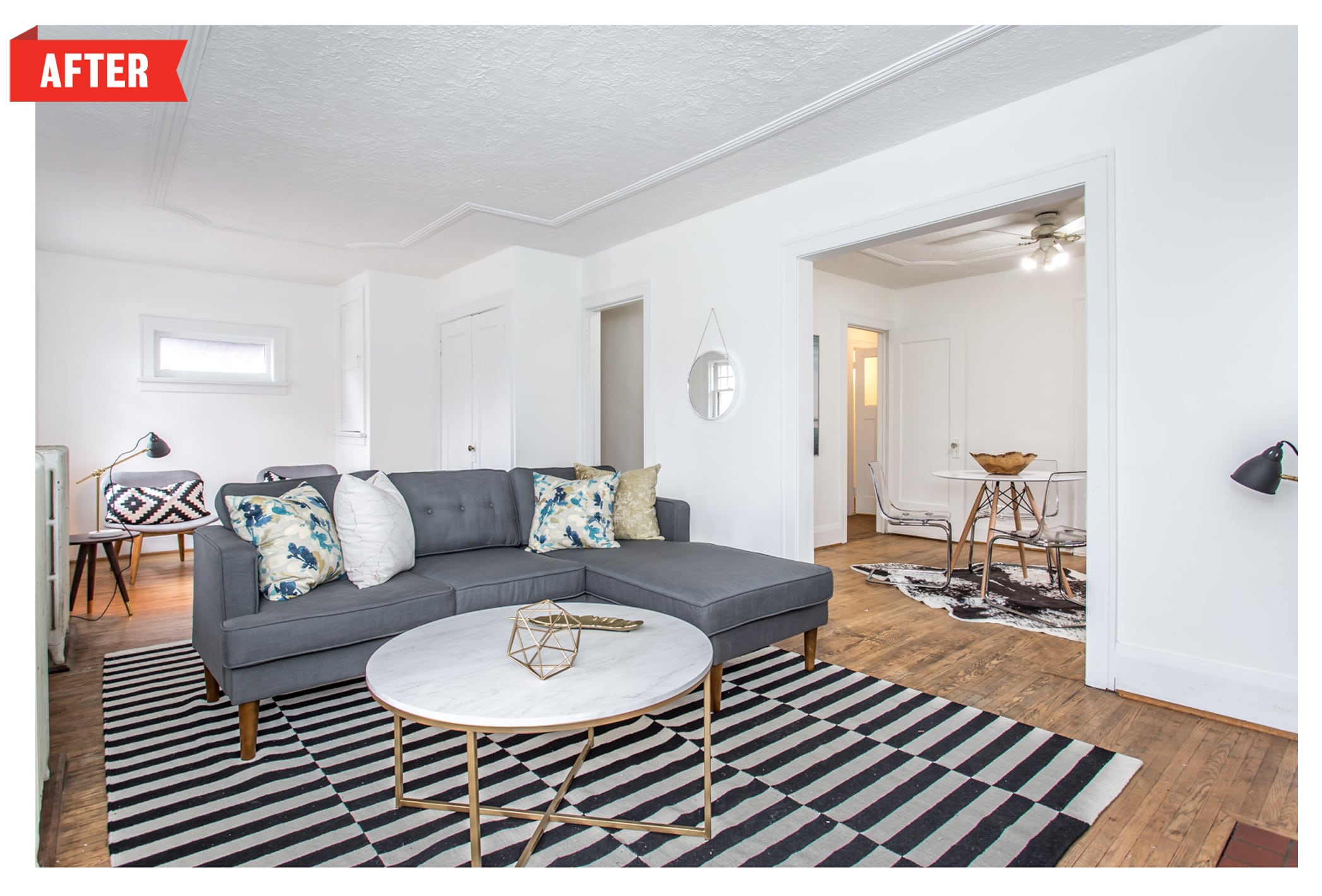 She decked out one of the second-floor bedrooms in colourful pillows. “Pillows are great for adding colour without too much expense,” Lasswell says. “The new owners obviously renovated, but this gave them a glimpse of what it could be.” 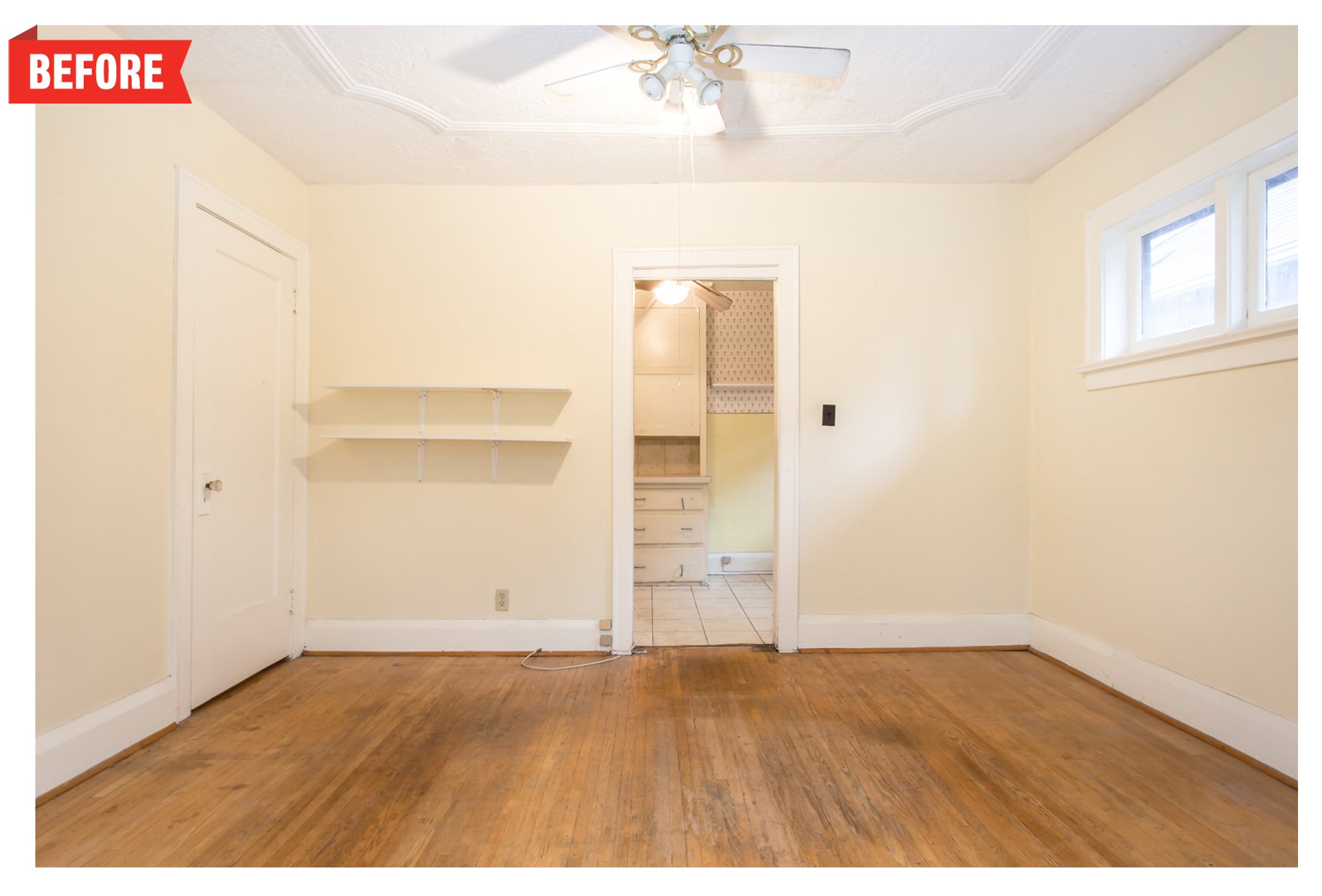 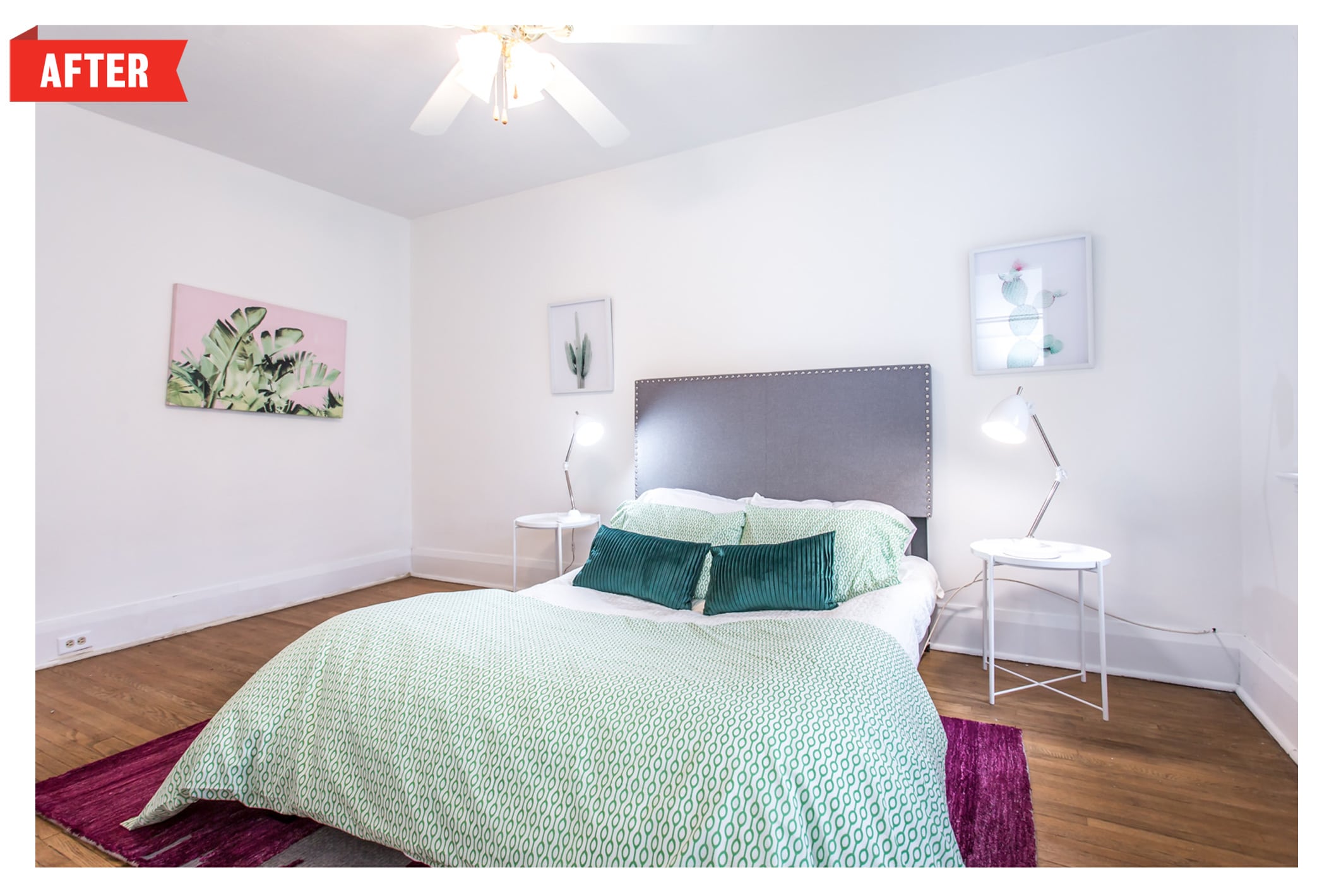 Did you stage an amazing property for sale? We want to talk to you.