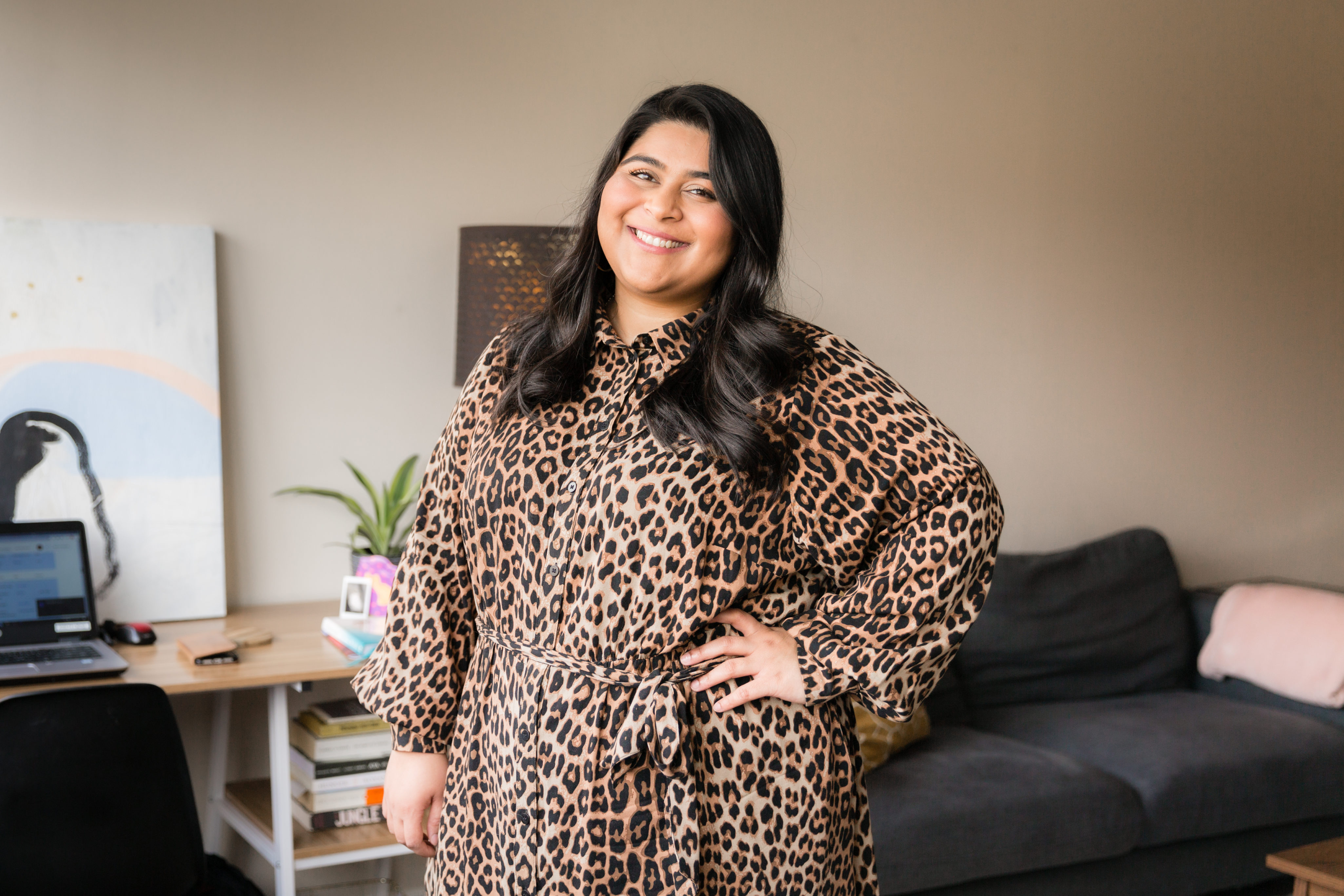 The history: In 2017, Maria moved into a one-bed, one-bath basement apartment in Cabbagetown, paying $1,450 a month. At the time, she worked for a not-for-profit organization at Yonge and Wellington.

By late 2019, when Maria switched jobs, she’d accumulated $17,000 in her not-for-profit’s RSP. She thought about putting that money toward a down payment on a condo, but realized it would probably take a few more years to save what she needed.

When the pandemic hit, Maria started working from home, which cut down her expenses considerably. She stopped eating out at restaurants like El Catrin Destileria in the Distillery District, saving roughly $550 a month. When movie theatres, concert venues and musicals shut down, her entertainment costs plummeted, allowing Maria to pocket $300 a month.

There were no more Uber rides to work or to visit friends, freeing up an extra $125 a month. Closures at the Eaton Centre meant Maria could no longer splurge at Uniqlo and H&M, saving her about $100 a month. All told, Maria went from saving $200 a month pre-pandemic to putting away $1,000 a month.

In August 2020, after stashing about $5,000, Maria decided to move home with her parents in Brampton. Her brother, who lived in England, had decided to come home, and Maria thought it would be more fun to quarantine with her family in a big house, rather than in her small apartment. The move allowed her to save an extra $1,450 a month in rent, for a total of $2,450 a month.

Shortly after moving home, Maria decided to get more serious about purchasing her first place, estimating that, at her current rate of saving, she could afford a down payment by the end of the year. It also seemed like a good time to buy, given the condo market had softened during the pandemic.

So she set up an appointment with a mortgage broker, who gave her a budget of $385,000, based on her savings, salary and debt ratio. That budget accounted for a $20,000 down payment, closing costs and a mortgage of roughly $1,600 a month, all of which she would be able to afford, combining her RSP and pandemic-time savings.

The hunt: With a relatively modest budget, Maria decided to set fairly wide search parameters. She wanted a bachelor or one-bedroom, pretty much anywhere in the city south of the 401, located close to transit so she could commute to her office in Midtown (assuming WFH would eventually end).

Ideally, she’d find something in a safe neighbourhood, since Maria had dealt with break-ins in the past. She also needed ample storage space for her clothing and accessories. And finally, Maria wanted a place that was pet-friendly, because she occasionally fosters cats.

In October, Maria viewed a one-bed, one-bath in Scarborough listed for $359,000. The place ticked all her boxes: it was pet-friendly, located in a safe neighbourhood close to Don Mills station, and it had a big closet near the front door for extra storage. 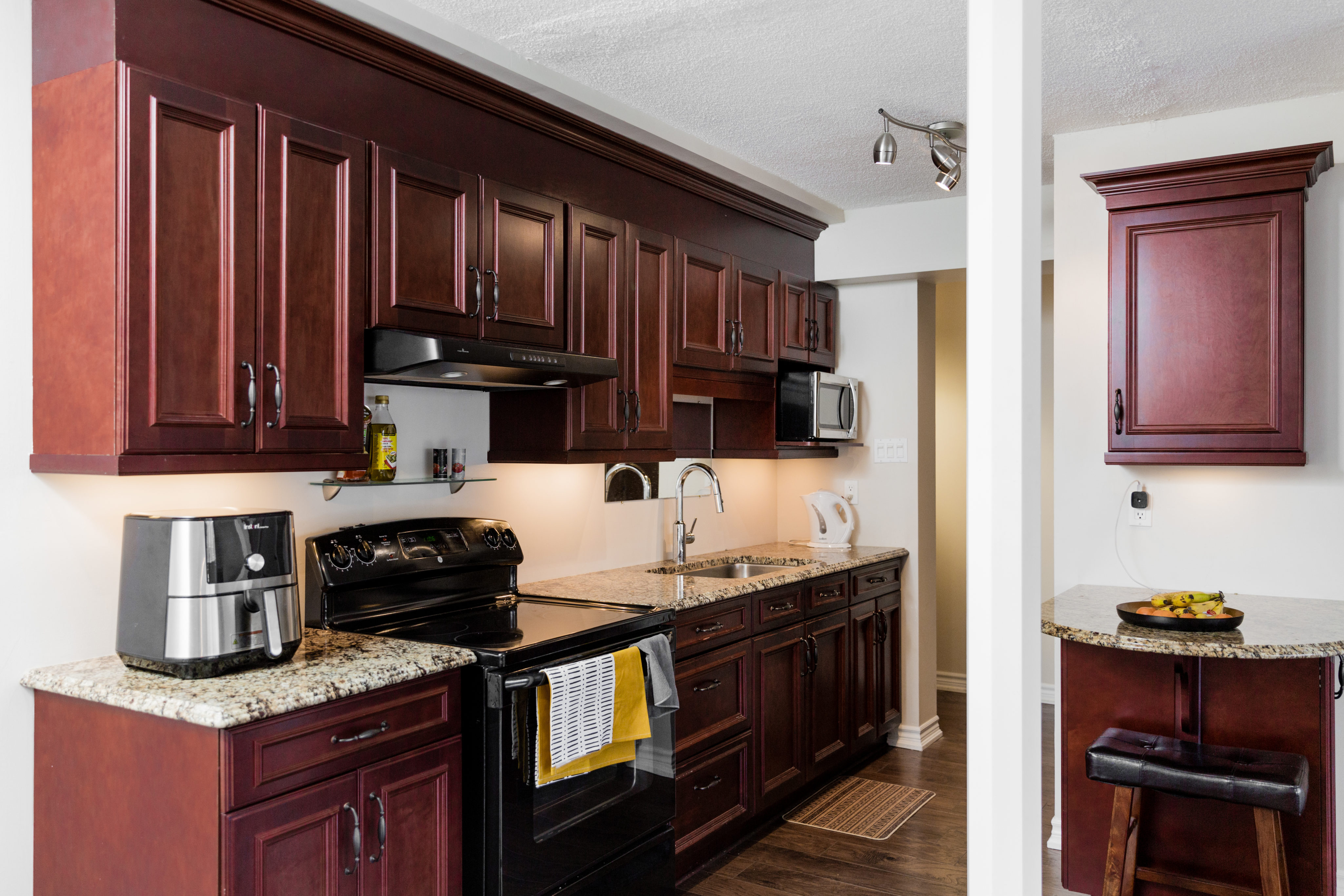 The place had dark laminate flooring throughout: 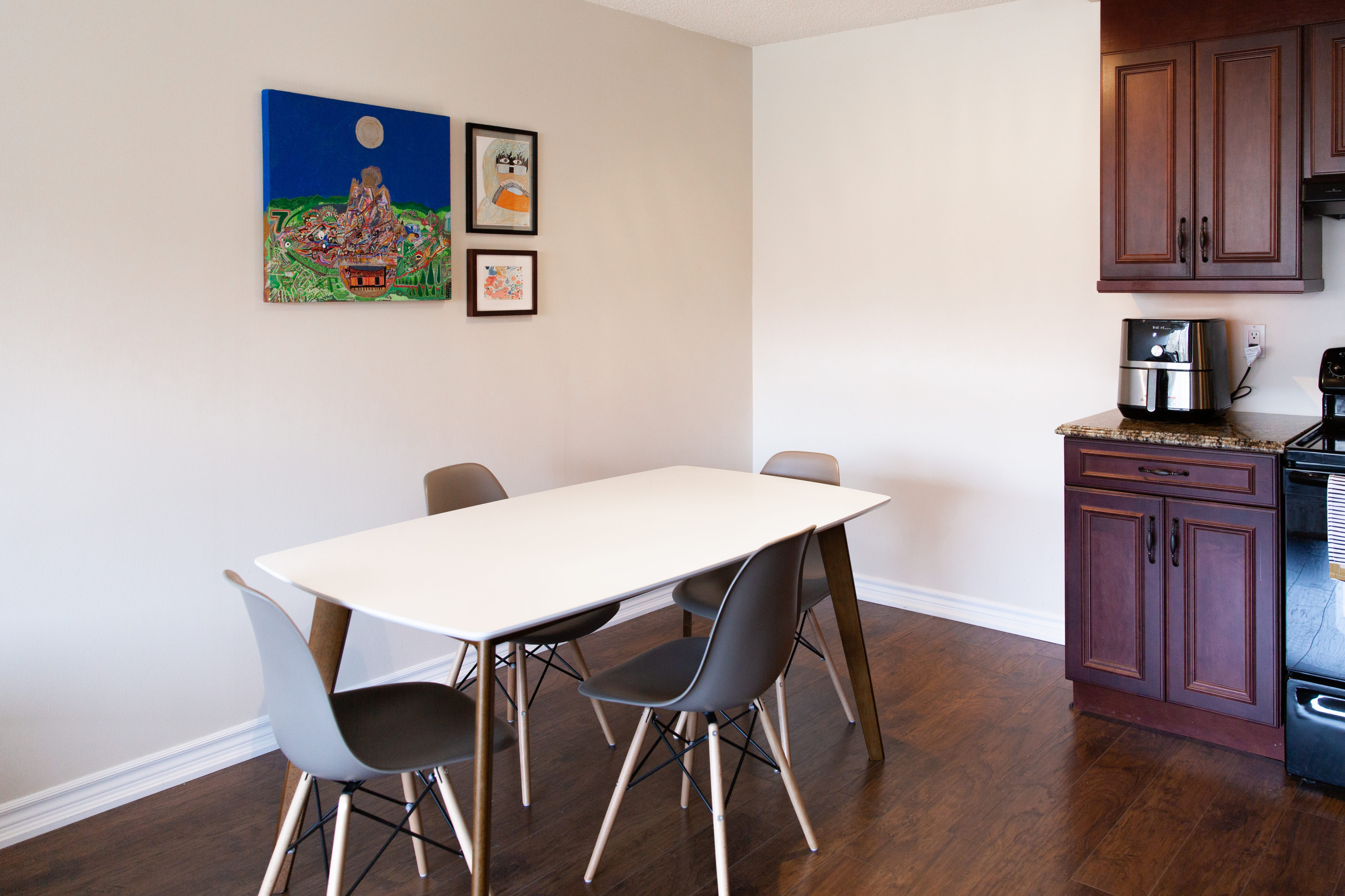 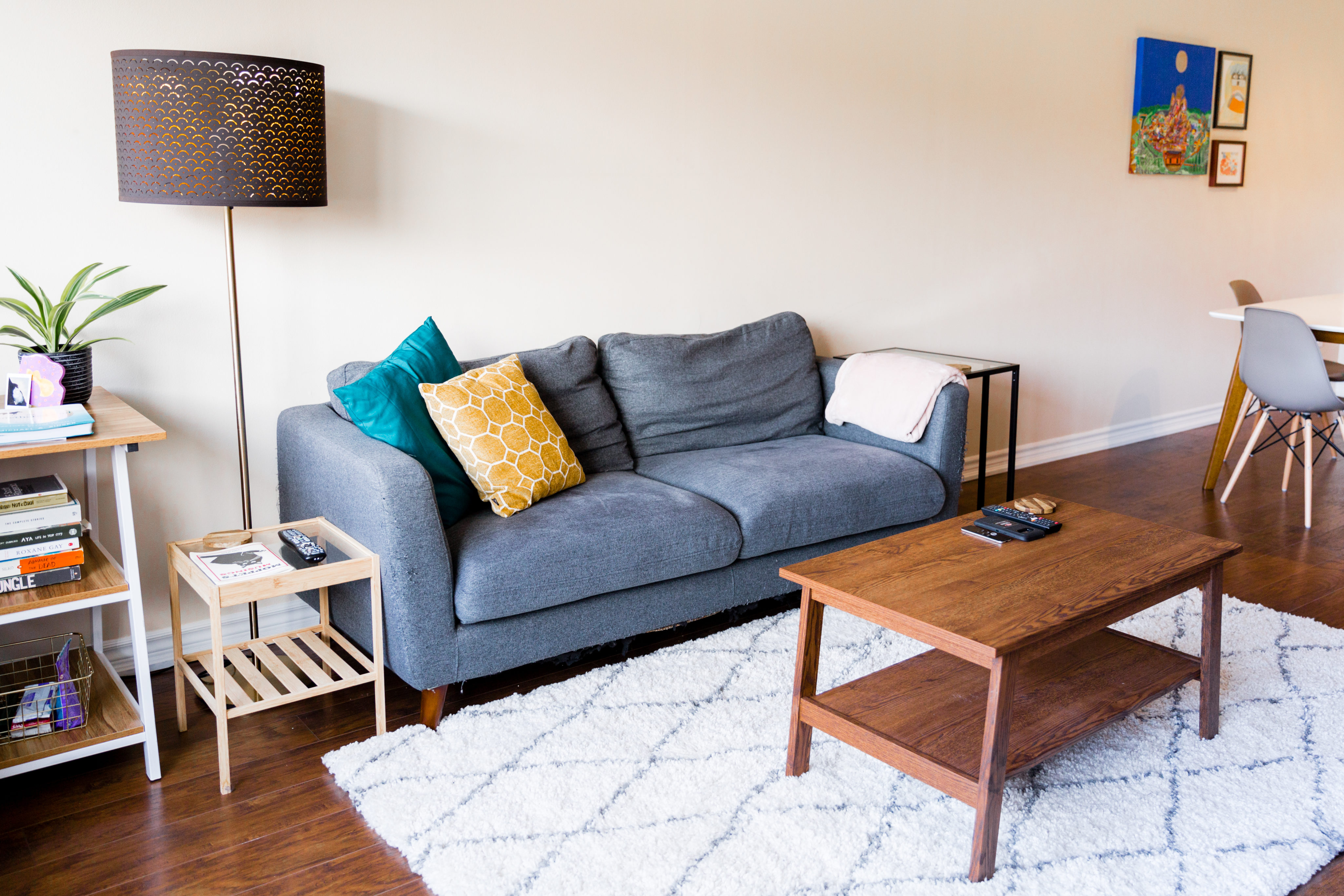 Another look a the living area: 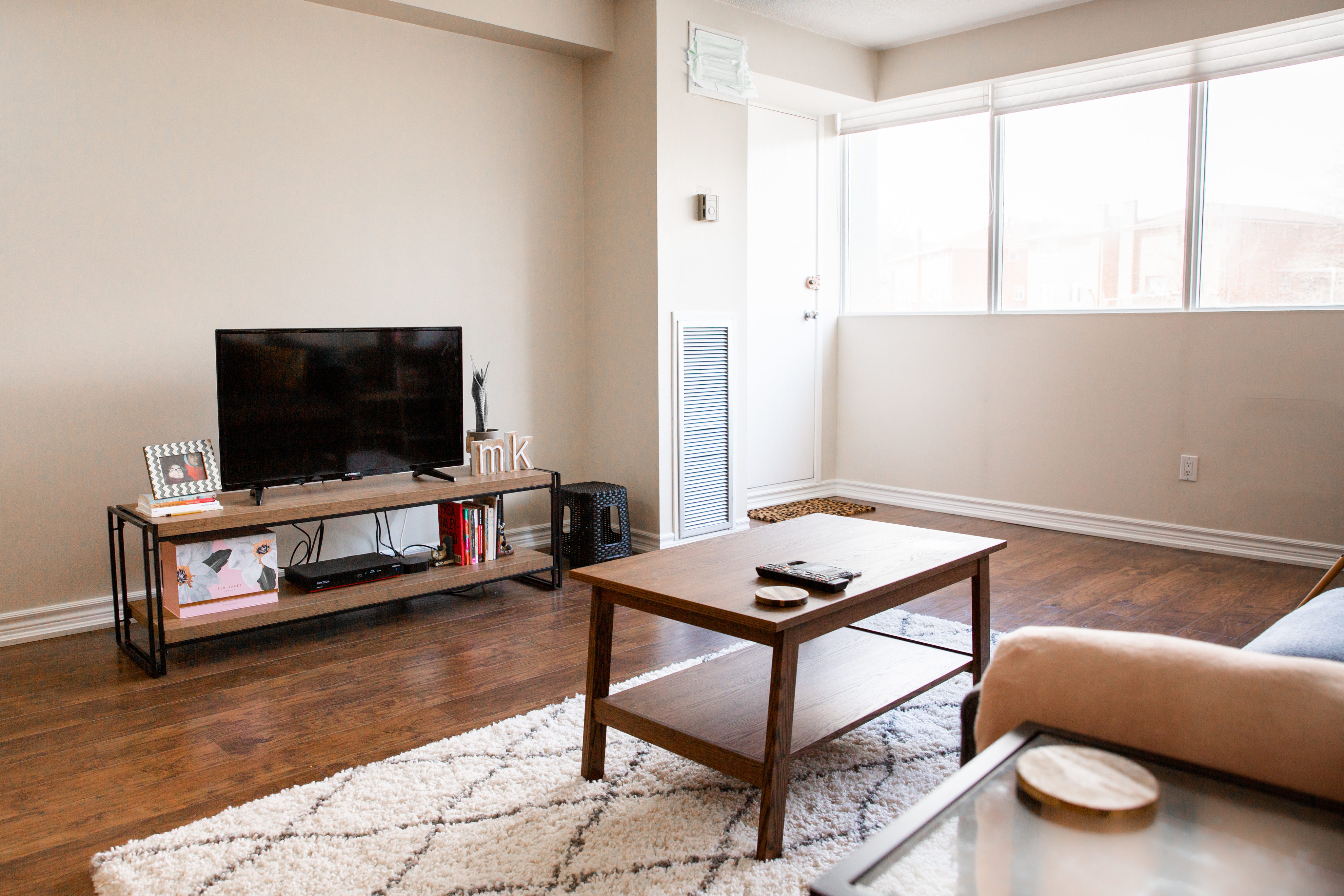 A week after seeing the place, Maria submitted an offer for $375,000, her maximum budget, hoping to edge out other prospective buyers. The sellers countered with $385,000, so Maria shot back with $380,000, planning to move some money around to cover the additional costs. That sealed it.

The outcome: Maria moved into her condo in February 2021. Since moving in, Maria has done a bit of decorating, buying a new dining table and chairs from Structube, plus a rug from Rugs.ca.

She also set up a small desk by the window of her living room: 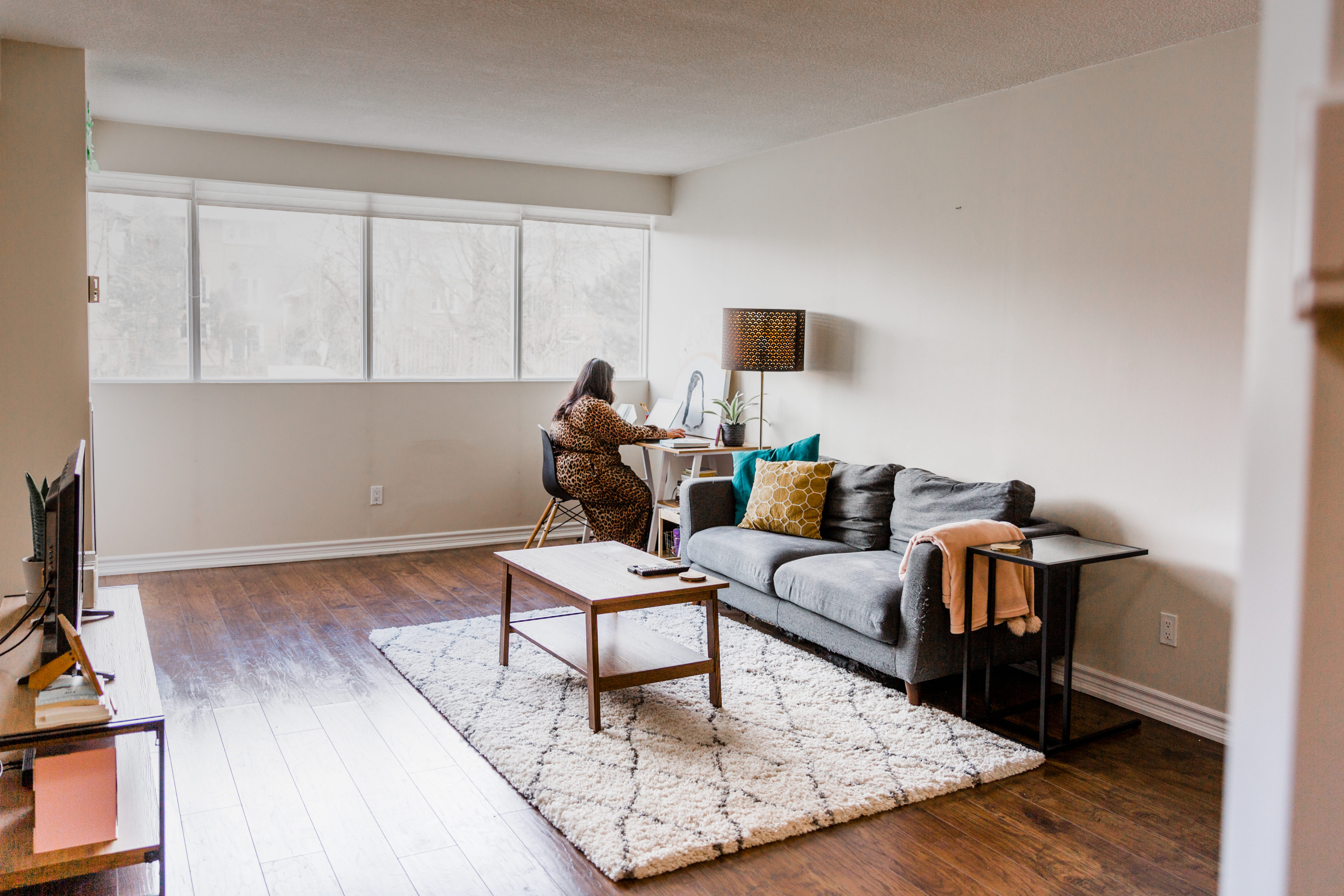 The unit has a balcony, where Maria hopes to spend plenty of time this summer: 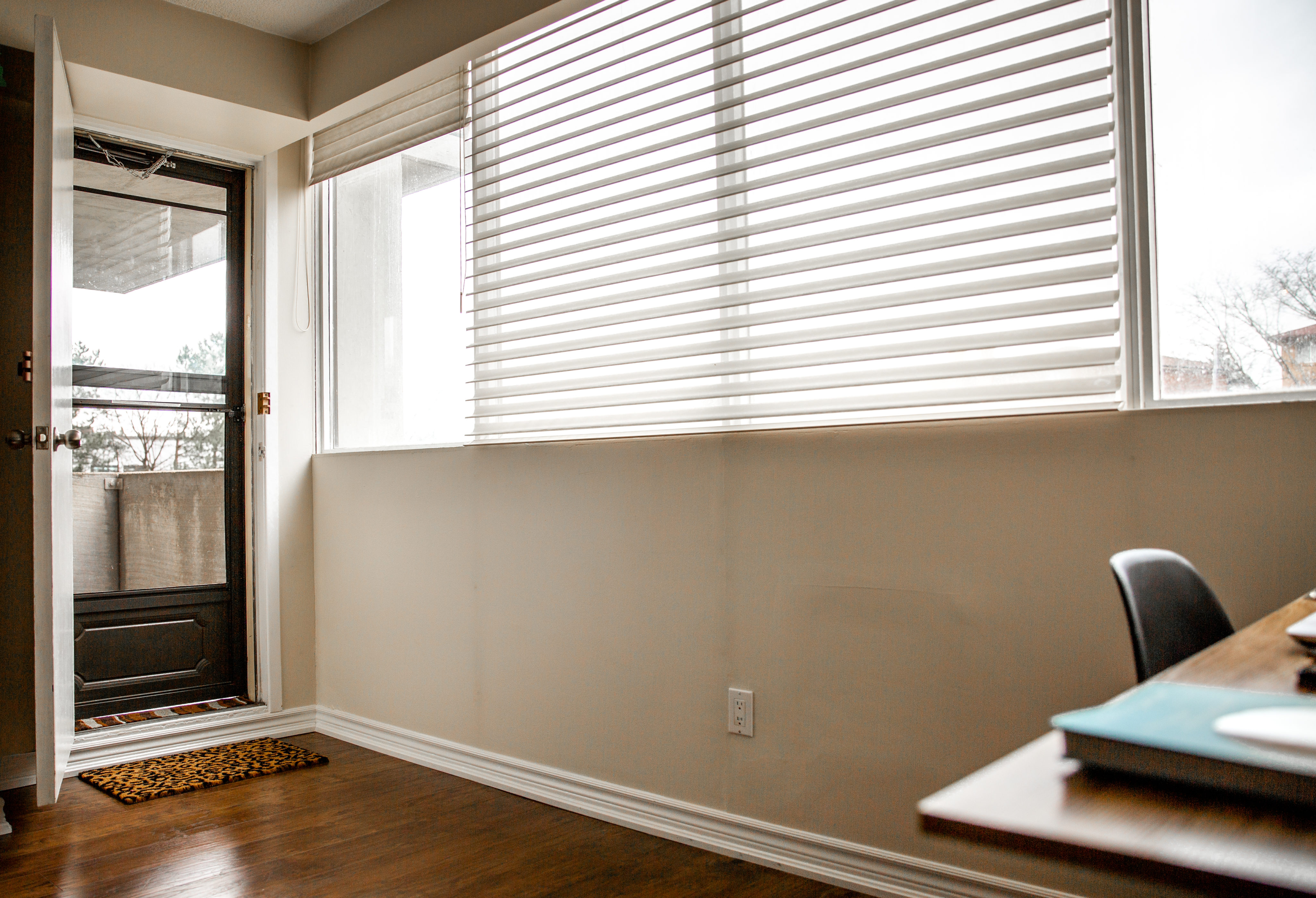 In five years, when her mortgage is up for renewal, Maria plans to assess her financial situation and hopefully upgrade to a condo a bit closer to downtown. In the meantime, she looks forward to inviting friends and family over to her new place (when gathering restrictions loosen).