Jonathan Goldman has been working for Stafford Developments, which he co-owns with his father, for more than two decades. Now, as president, he builds condos and townhome developments around the city. Creating elaborate residences for his personal use has become something of a hobby—but he didn’t get to live in the last one, in Forest Hill. “My father called me up and said, ‘So your mother really likes the house you’re building,’ ” Goldman says. “I knew instantly that I wasn’t moving in.” Instead, he rented a unit in the Four Seasons for a few years while he waited for his father and grandfather to finish building the Picasso condos at Richmond and Spadina.

In the summer of 2016, when Picasso was almost finished, Goldman bought five suites’ worth of space on the third floor and spent a year turning it into one colossal condo. With the help of Teeple Architects, he customized it exactly to his tastes: he likes clean, minimalist rooms influenced by Scandinavian and Japanese design. The finished unit is 3,000 square feet and nothing like the other ones in the building. Its ceilings are 12 feet high (as opposed to the nine and 10-foot ceilings in other units) and floor-to-ceiling windows run the length of the space.

Goldman uses the open interior to host events of all sizes, from an intimate 15-person dinner party for his nascent cannabis retail company, Cannoe, to a recent 150-person first birthday party for his nephew. When he’s not entertaining guests, the condo functions as a serene retreat. For Netflix sessions, a giant projector drops down from the ceiling and turns the living room into a theatre with a screen that takes up most of a wall.

The guest bedroom has a sofa that pulls out into a king-size bed. “I went to Burning Man this summer, and a bunch of my friends from L.A. came up and stayed here for a week,” Goldman says. 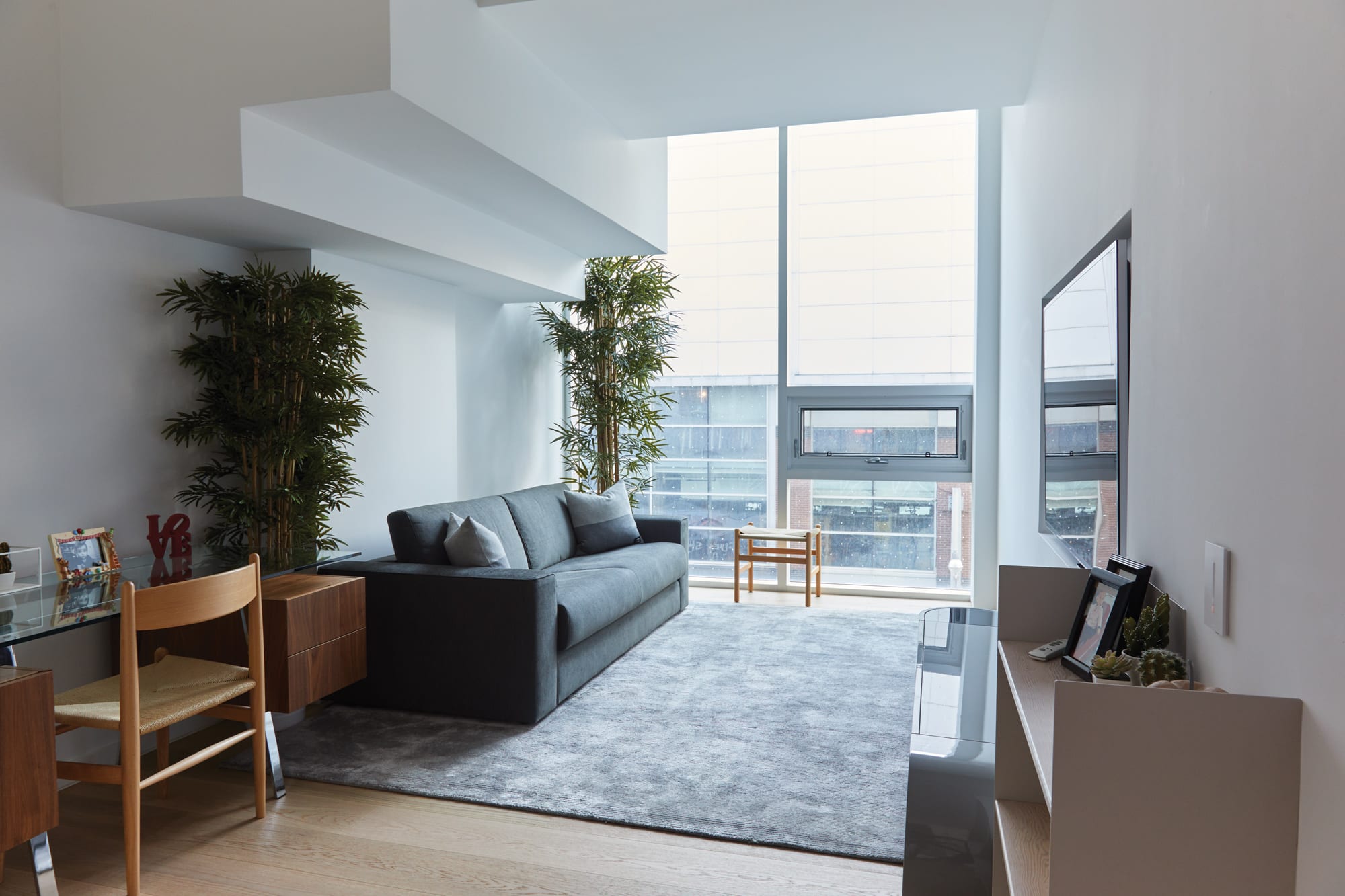 The master bedroom is spacious enough for Goldman to roll out of bed and do yoga in the morning, which he often does: 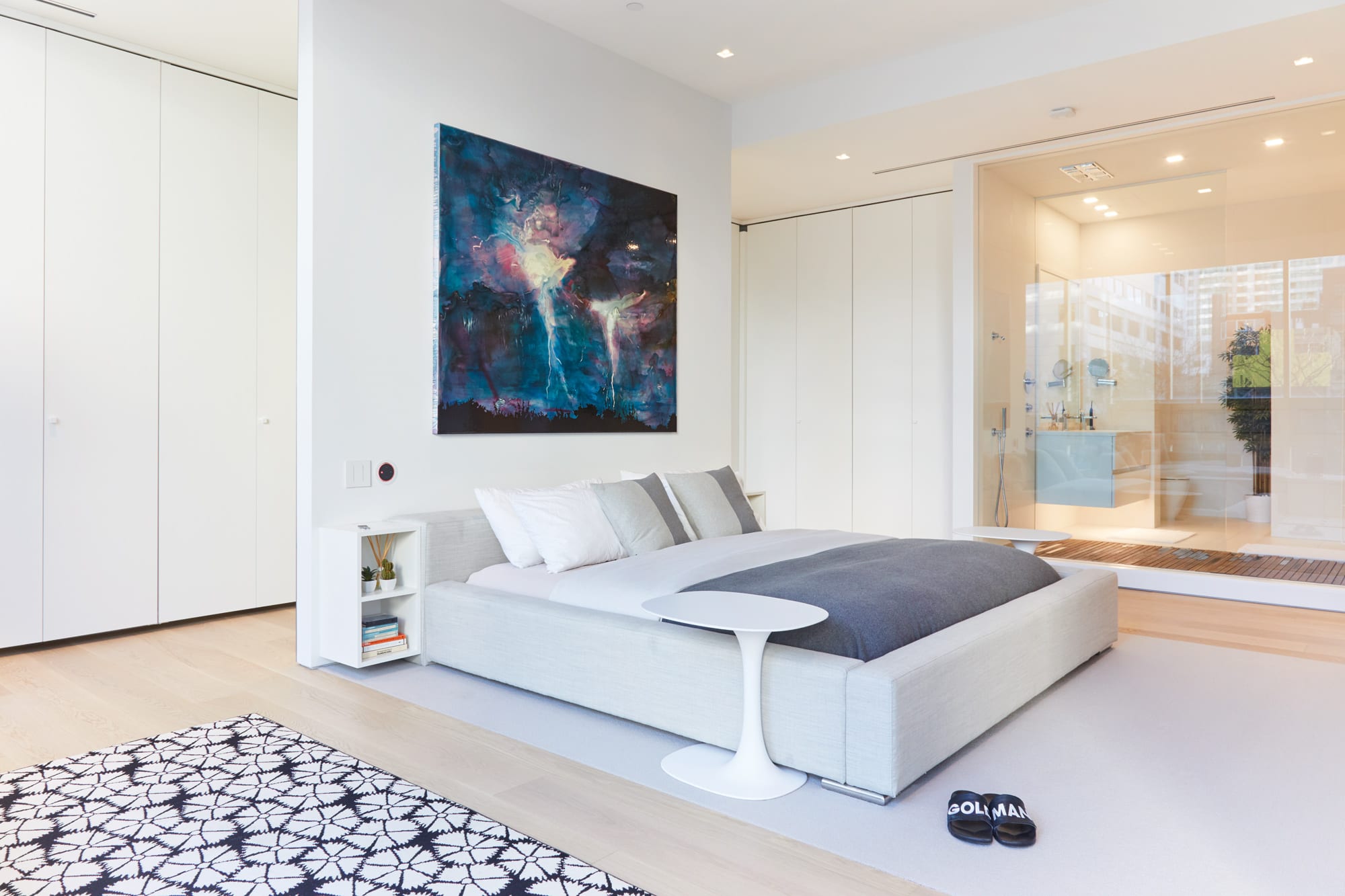 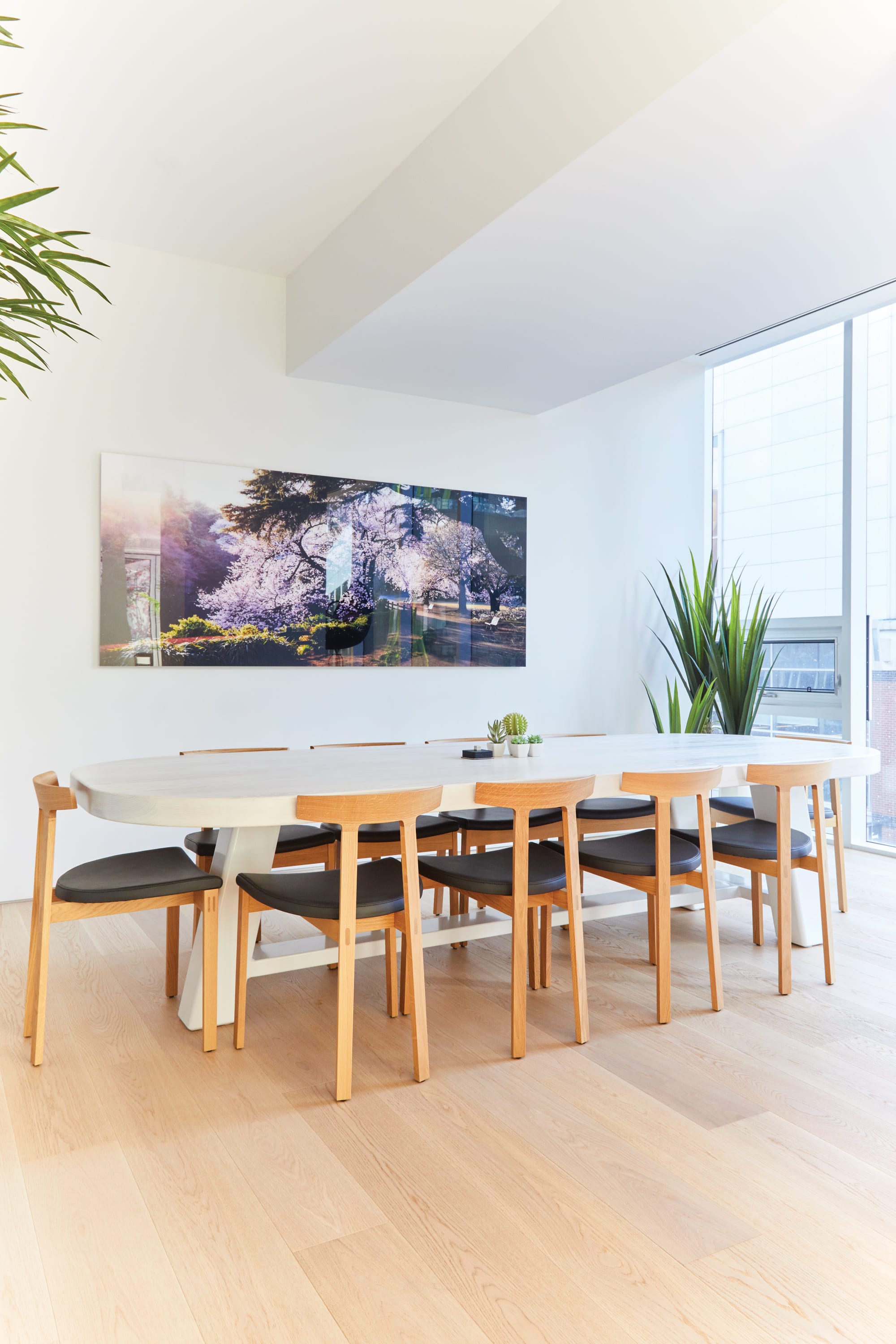 Goldman wanted the open shower to feel like something out of a five star hotel. It has ipe flooring and a double Kohler shower system: 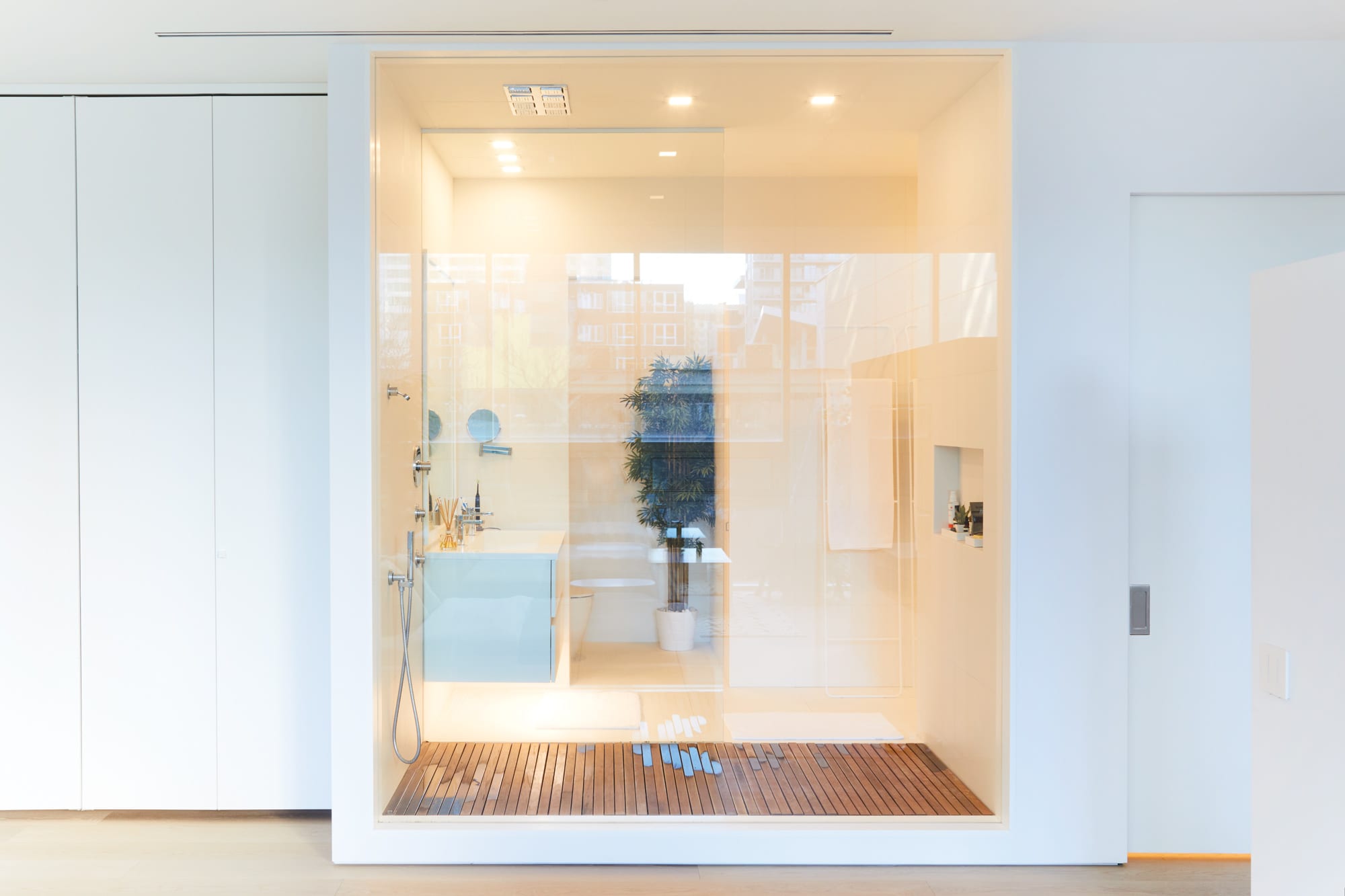 The clothespin coffee table is from Italinteriors. “It’s a cool accent piece,” Goldman says. “My cousin has the same one.” 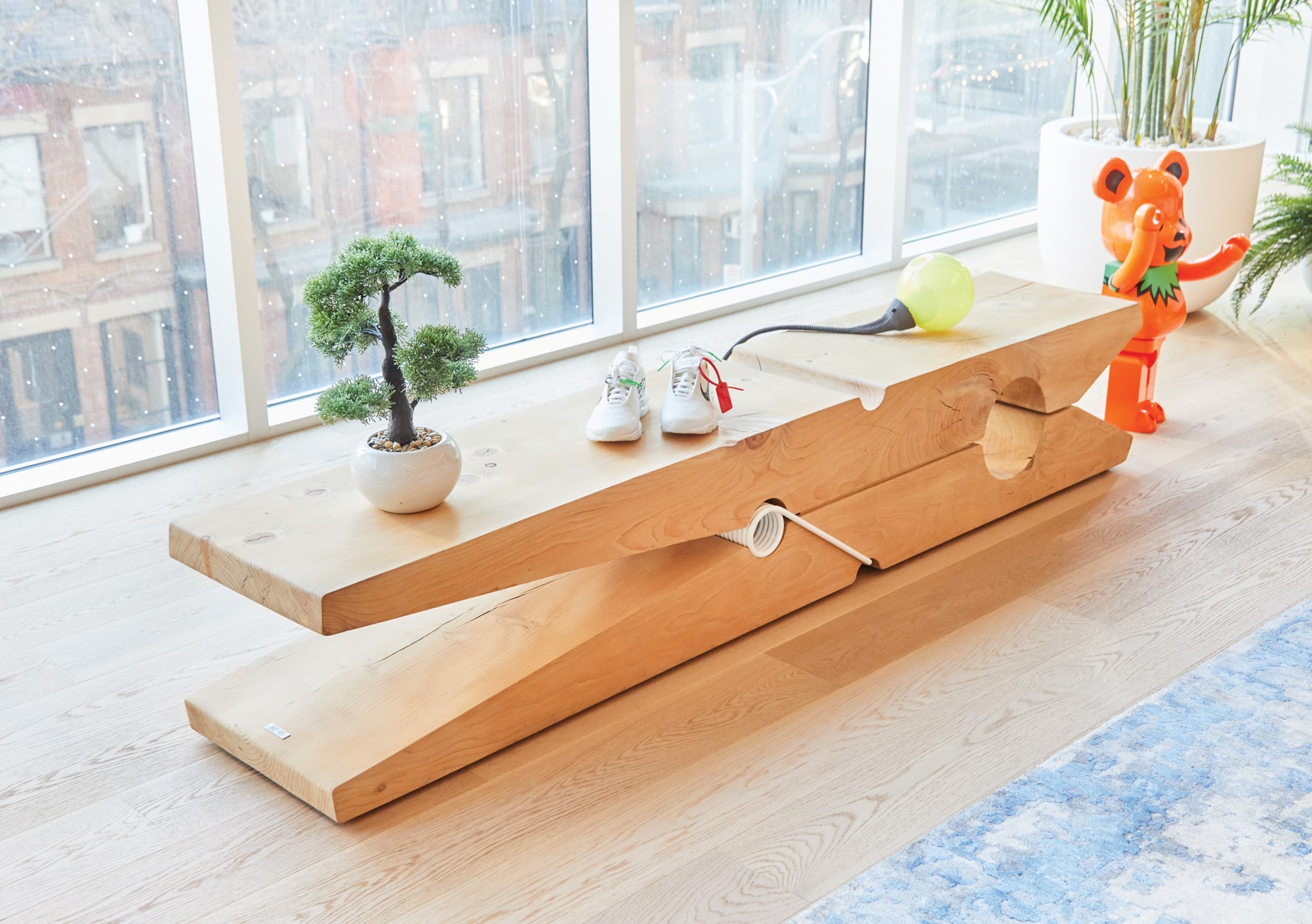 The neon Kurt Cobain artwork is by Thrush Holmes: 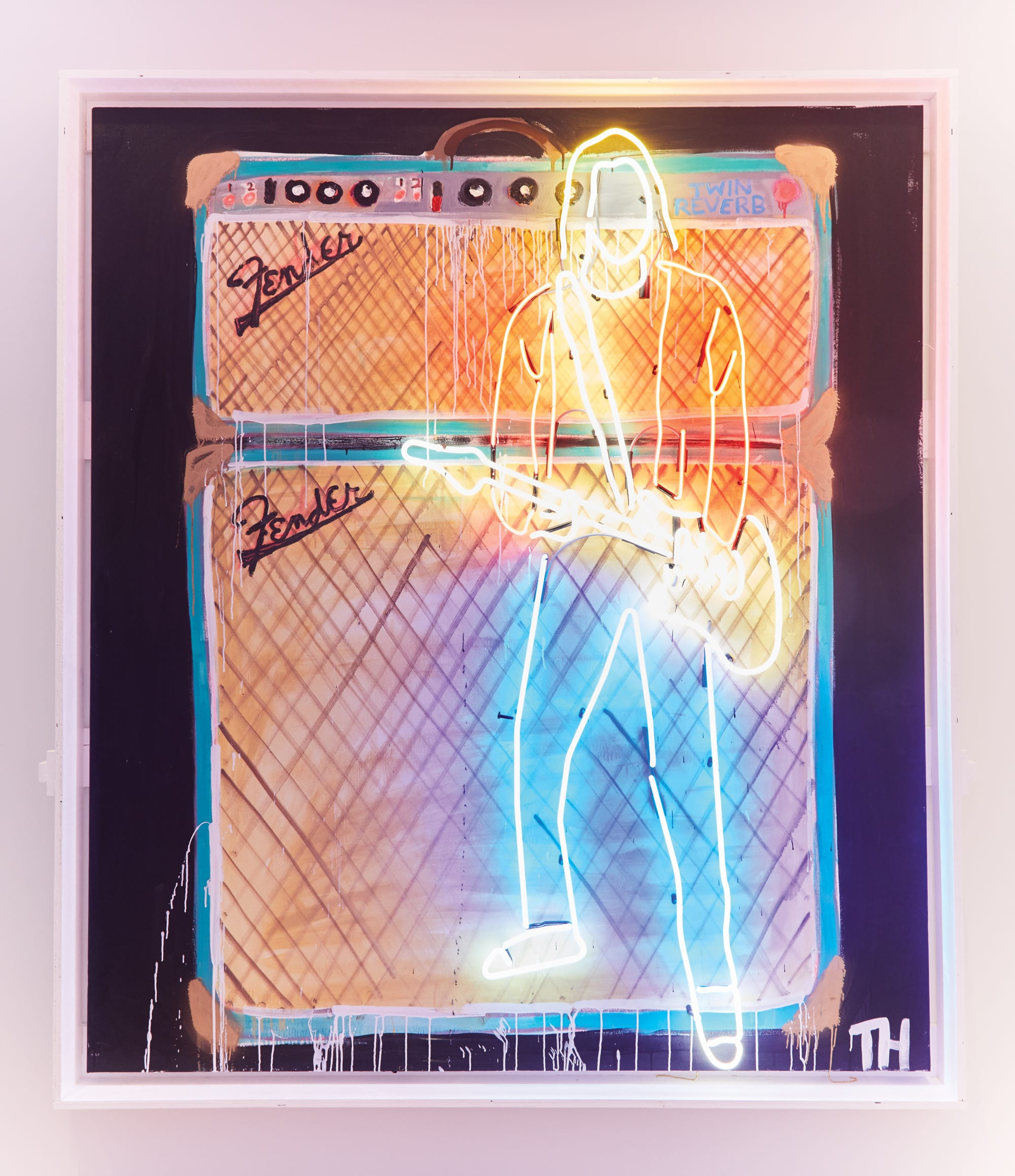 And here’s the terrace: 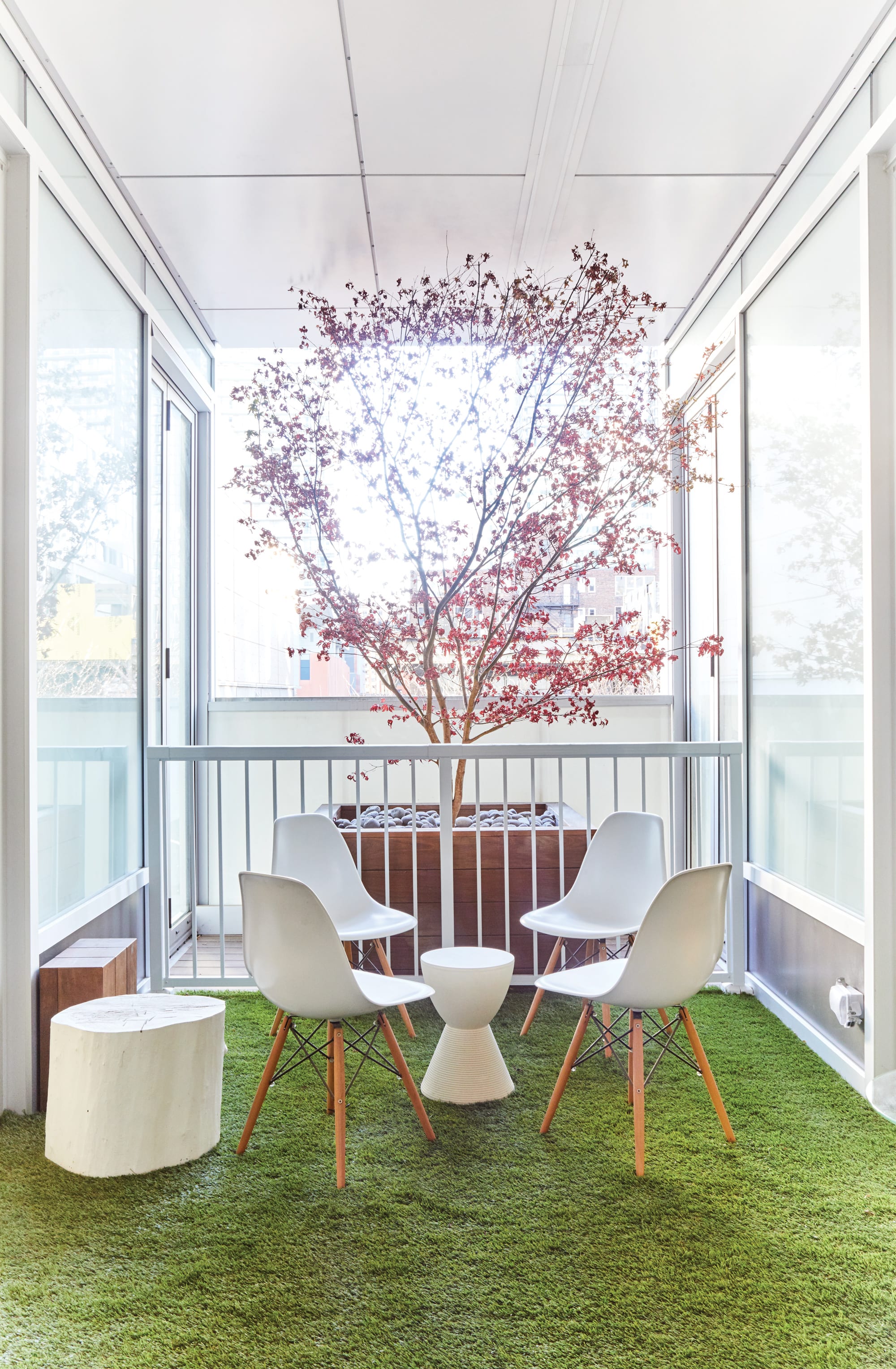