Sale of the Week: $1.4 million for a recently renovated Pape Village home that took four years to flip

Sale of the Week: $1.4 million for a recently renovated Pape Village home that took four years to flip

A 2,000-square-foot house near Pape and O’Connor. This three-bedroom, four-bathroom home underwent a four-year renovation. Now it’s got an all-new interior, plus a modern cedar and stone façade.

The house was built in 1929. Nearly a century later, in 2016, the seller purchased this place for $675,000. Originally, they planned to gut, renovate and sell it in less than a year, but faced repeated setbacks with building permits. Over the years, the seller sidelined the project and completed other jobs, which turned their one-year flip job into a four-year process. Eventually, they added custom millwork, white oak and marble features, dug out the basement. In May 2020, they put the finishing touches on the extended reno.

The fiberglass front door opens to the living room, which has a marble fireplace and white oak floors: 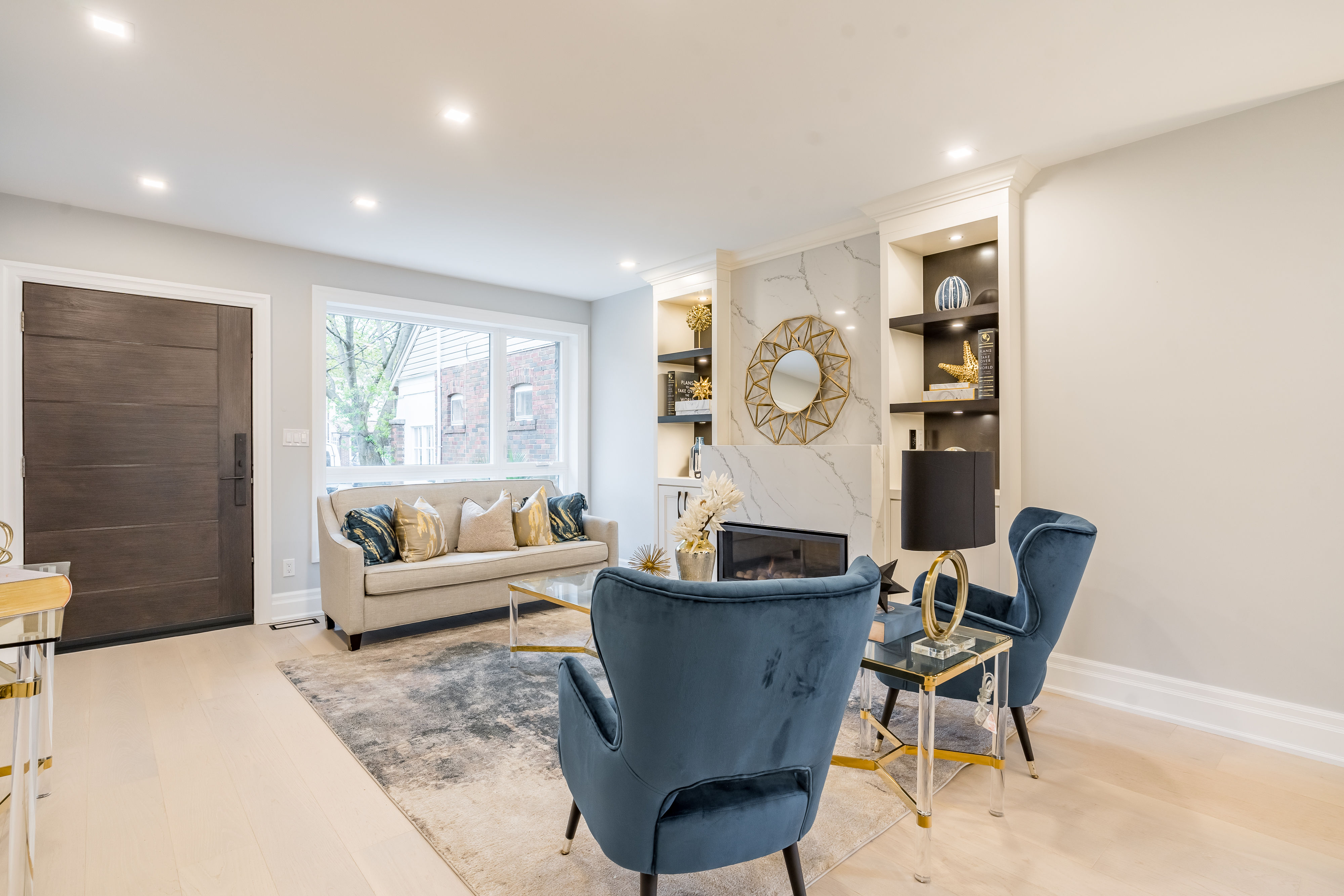 A five-bulb brass chandelier hangs in the dining area: 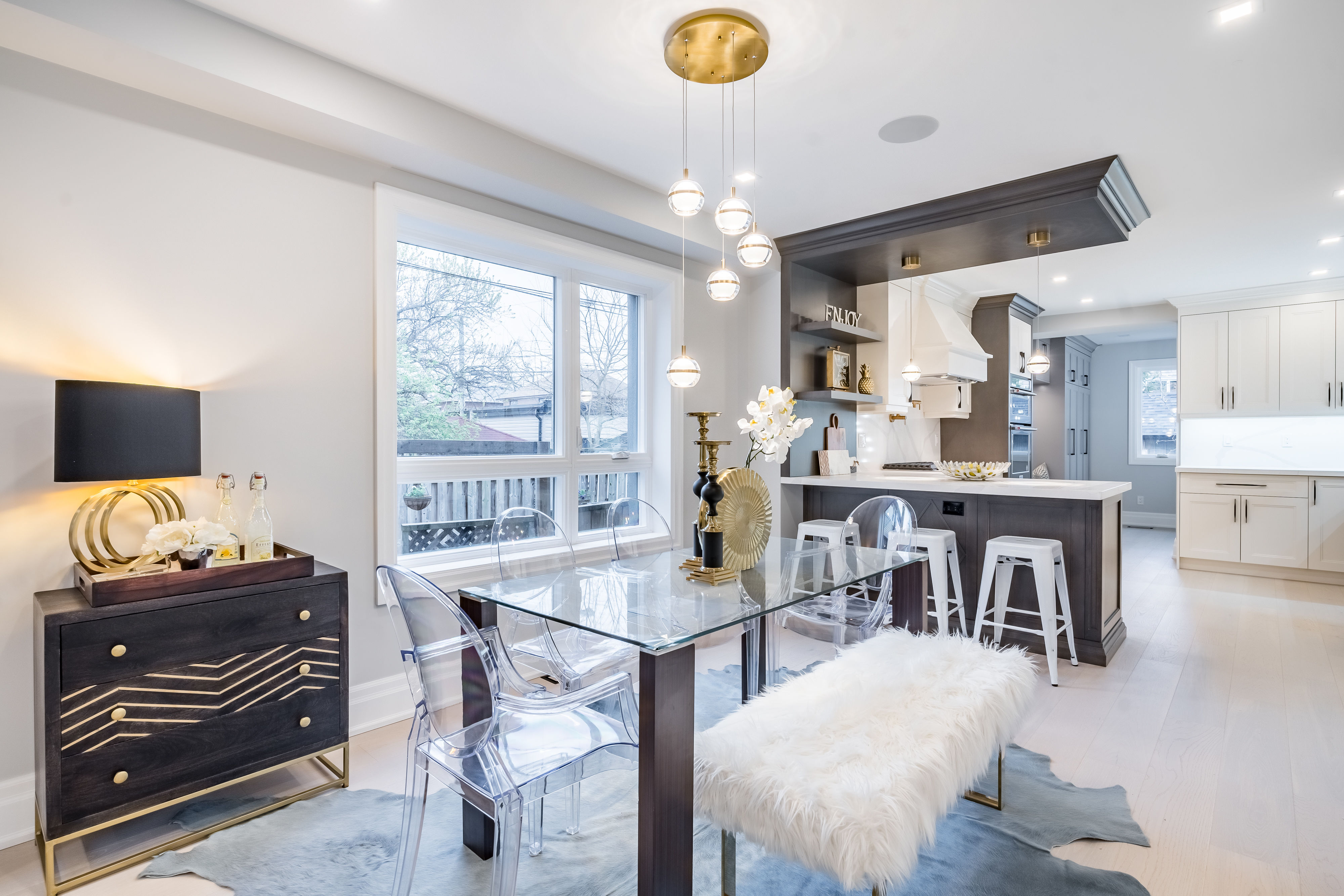 There are marble countertops and Italian-made faucets the kitchen: 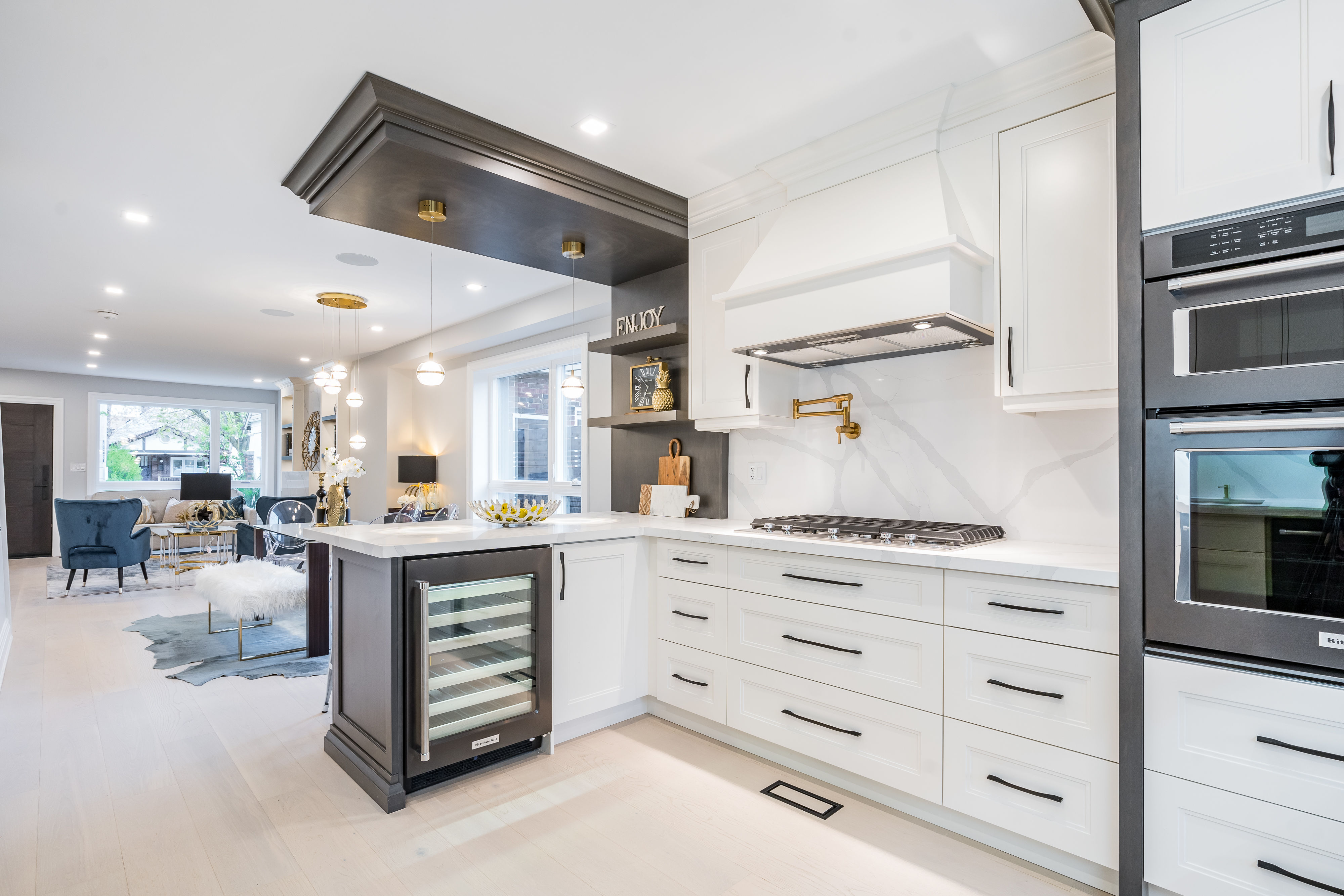 On the second floor, the sellers installed a skylight over the staircase: 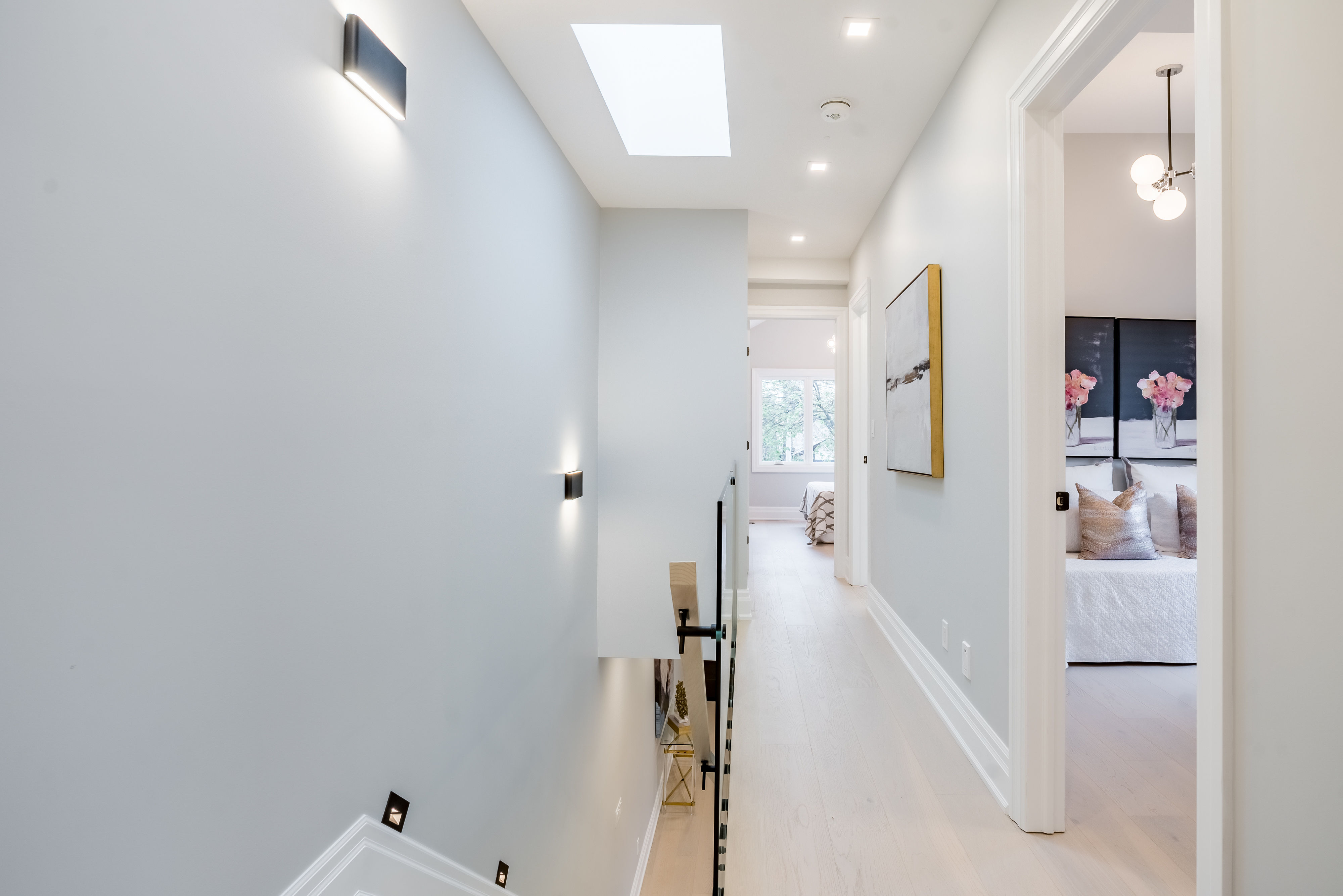 The master bedroom has a built-in vanity and wall unit. That window overlooks the backyard: 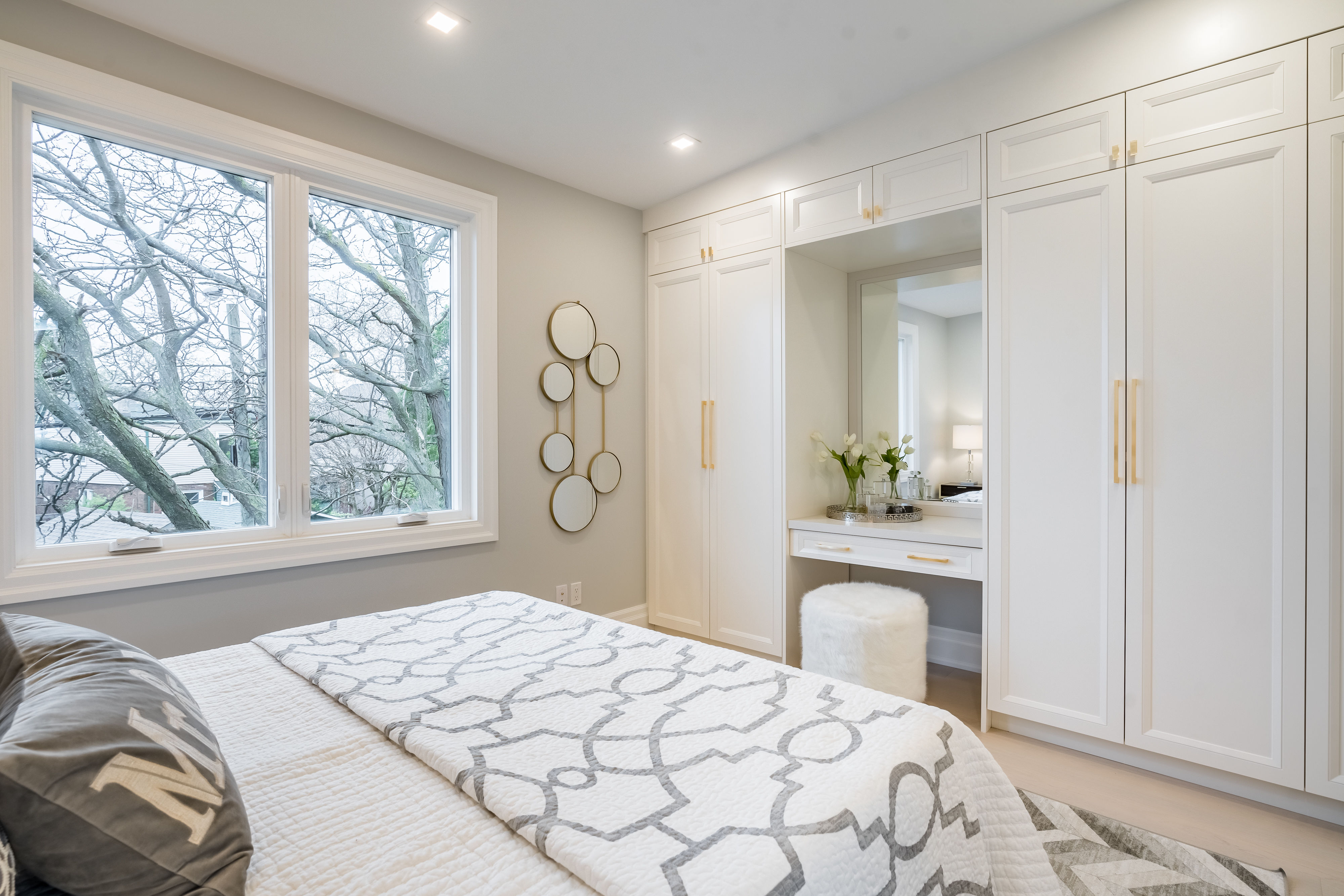 There’s a heated towel rack in the ensuite bathroom: 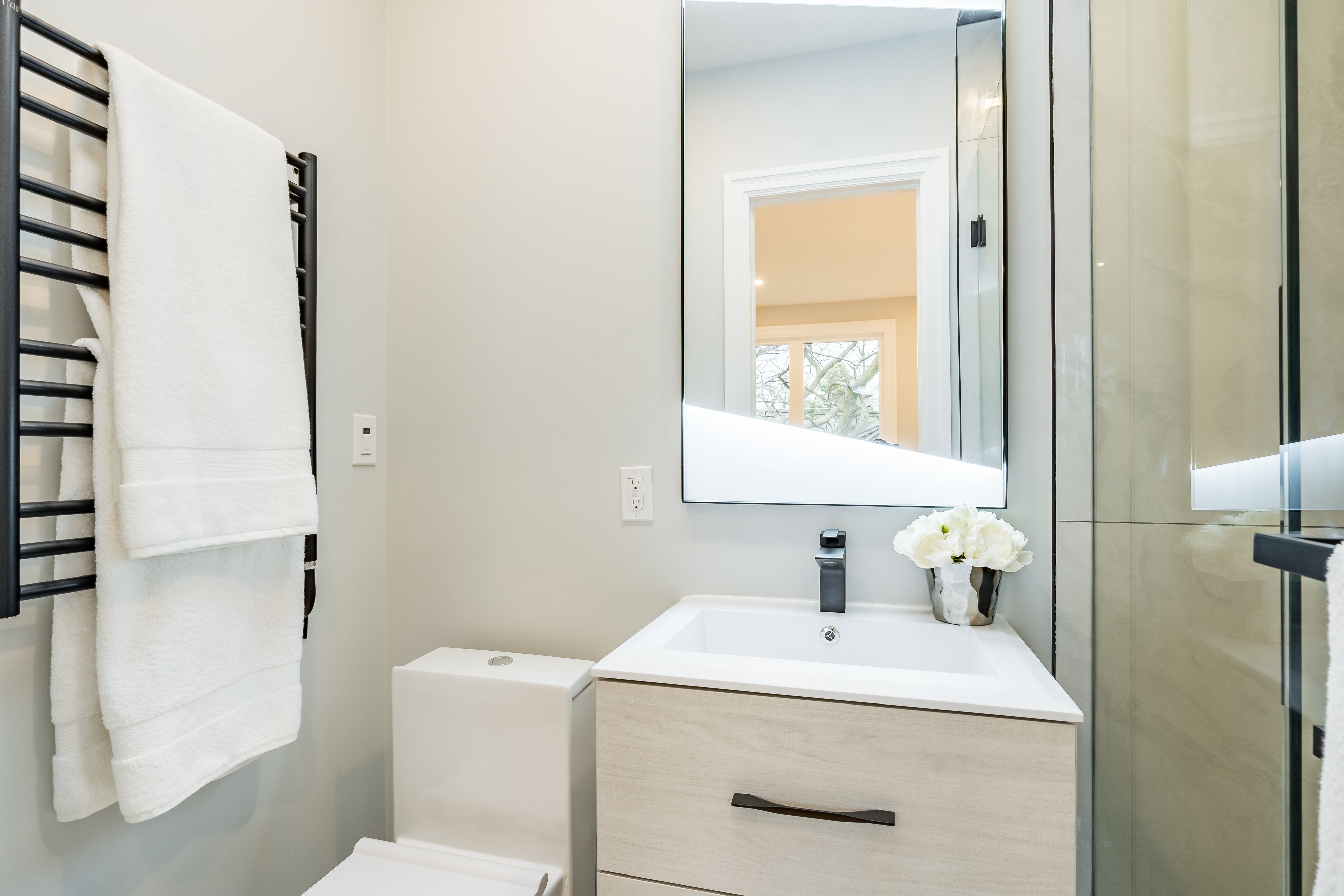 This second-floor bedroom has a built-in desk and a window overlooking the front yard: 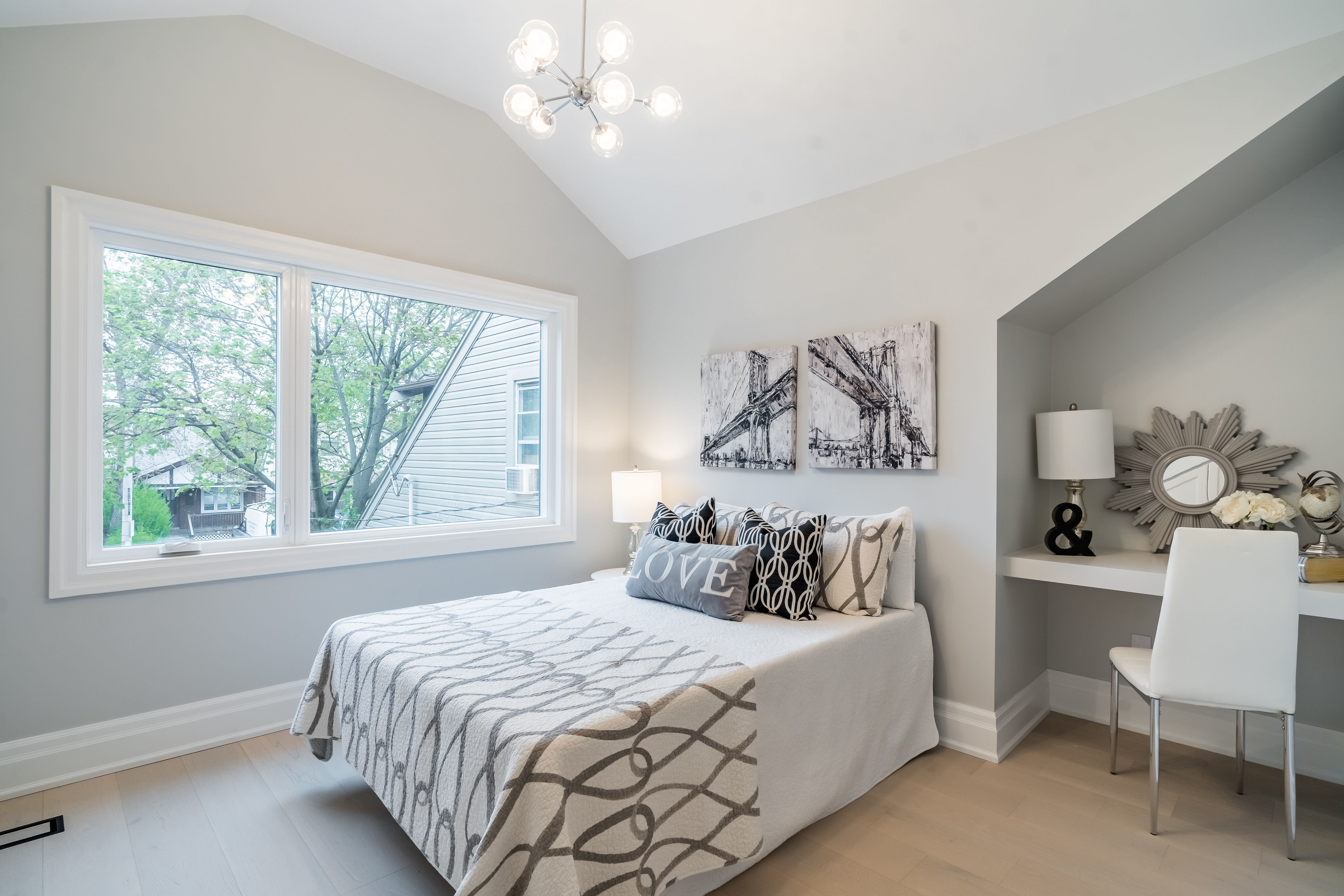 Here’s the third bedroom, which the seller’s staged as a kid’s room: 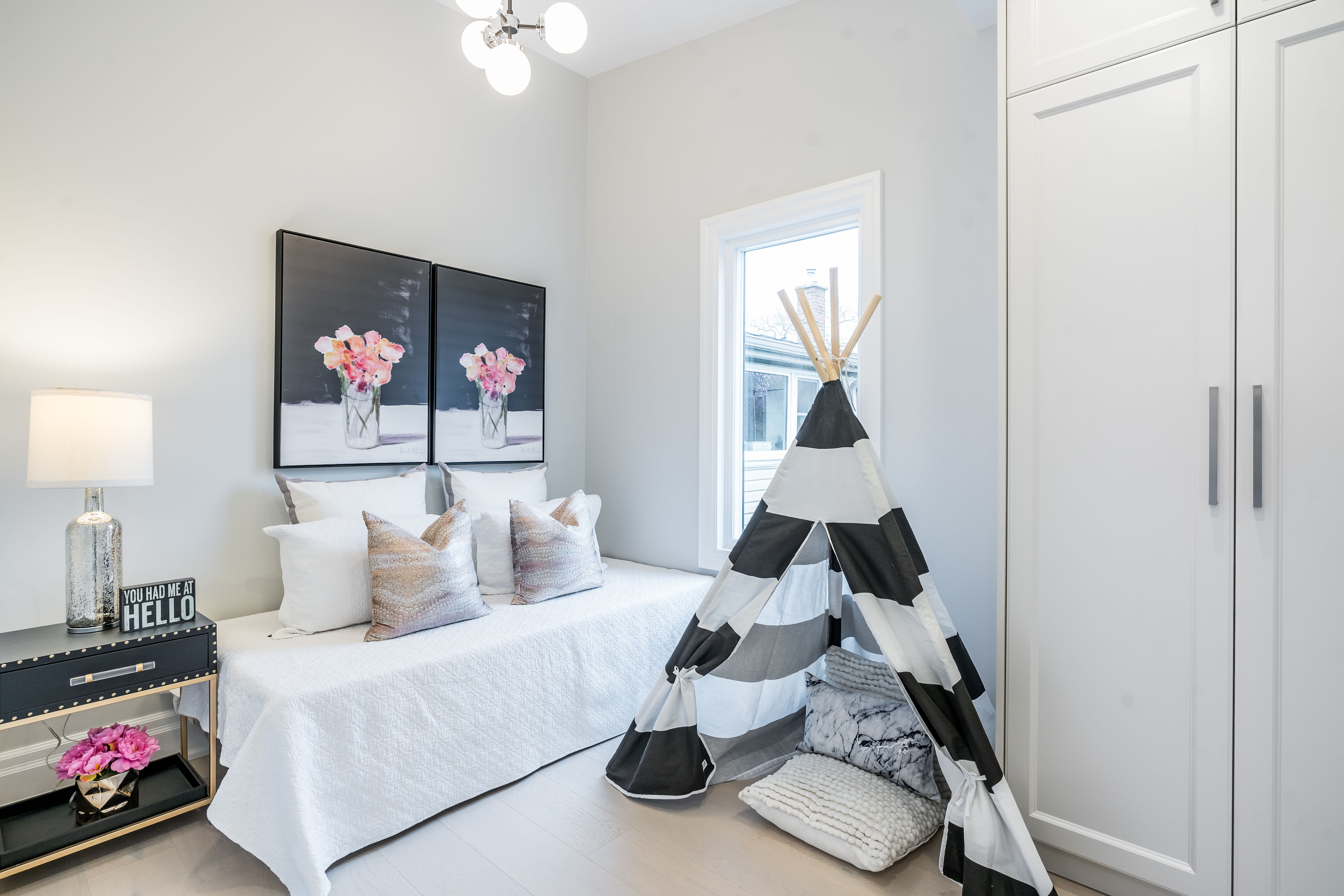 The shared upstairs bathroom has a marble-tile shower with a skylight: 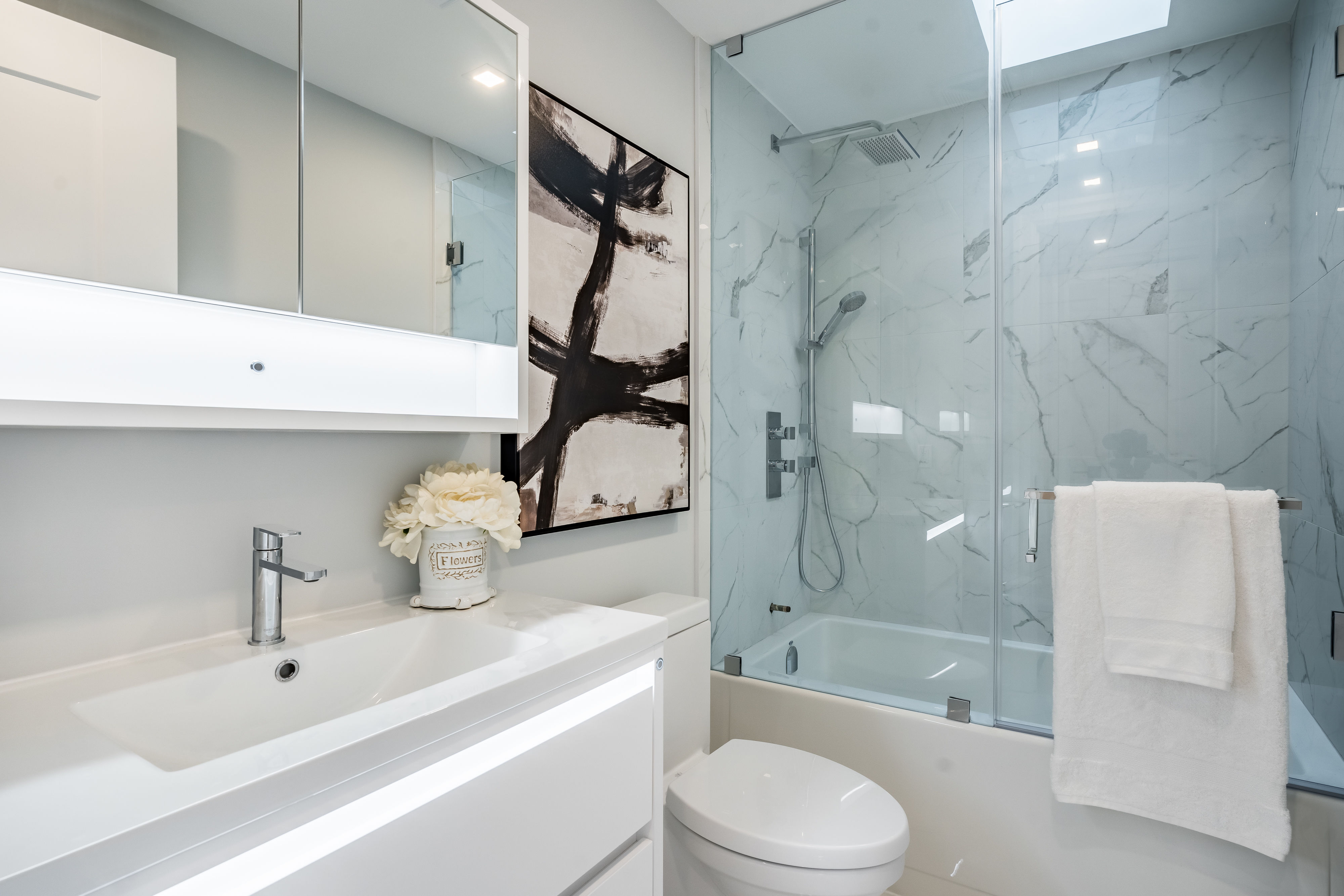 During construction, the sellers dug out the basement to make room for eight-foot ceilings: 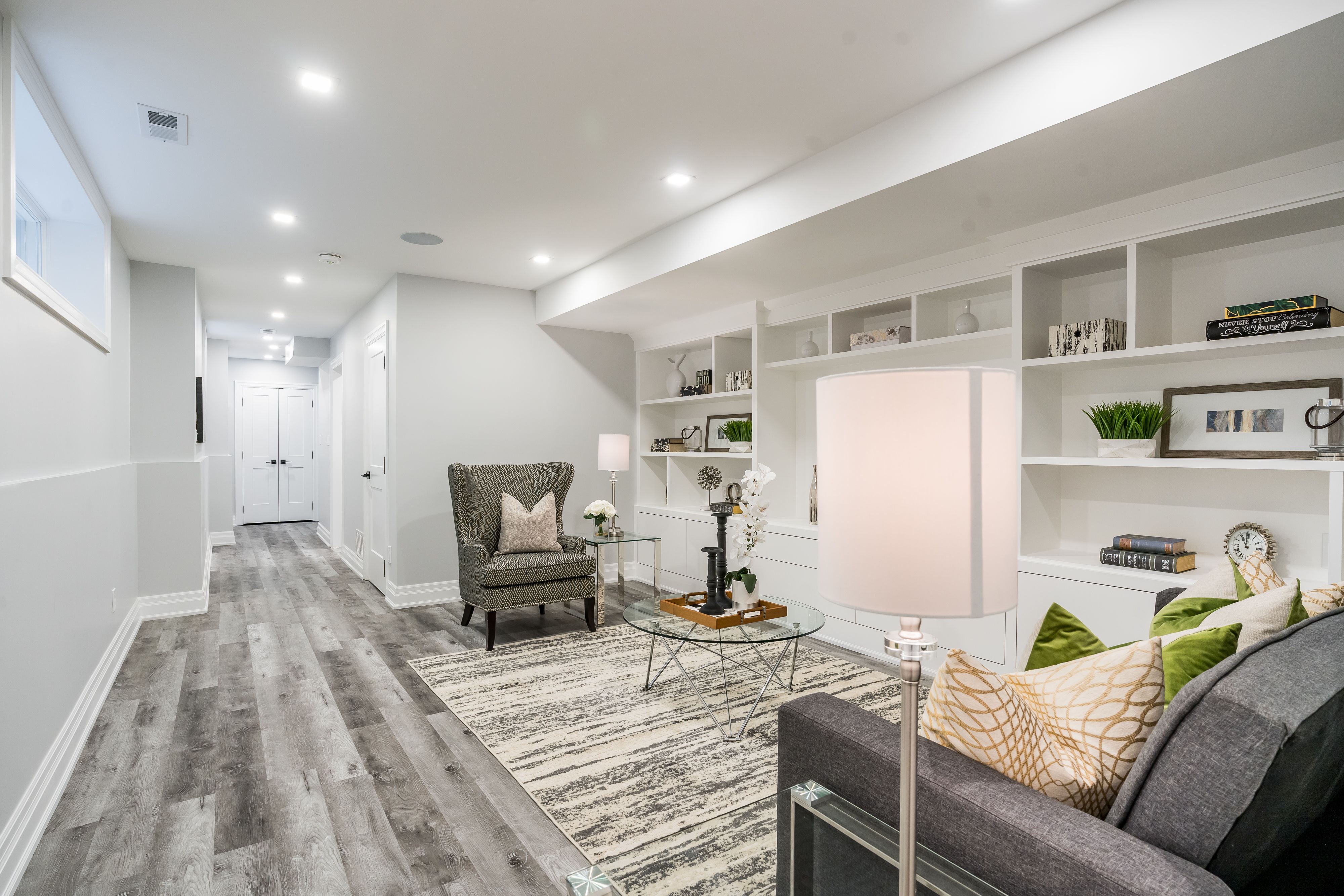 Here’s the downstairs bedroom. The floors are vinyl: 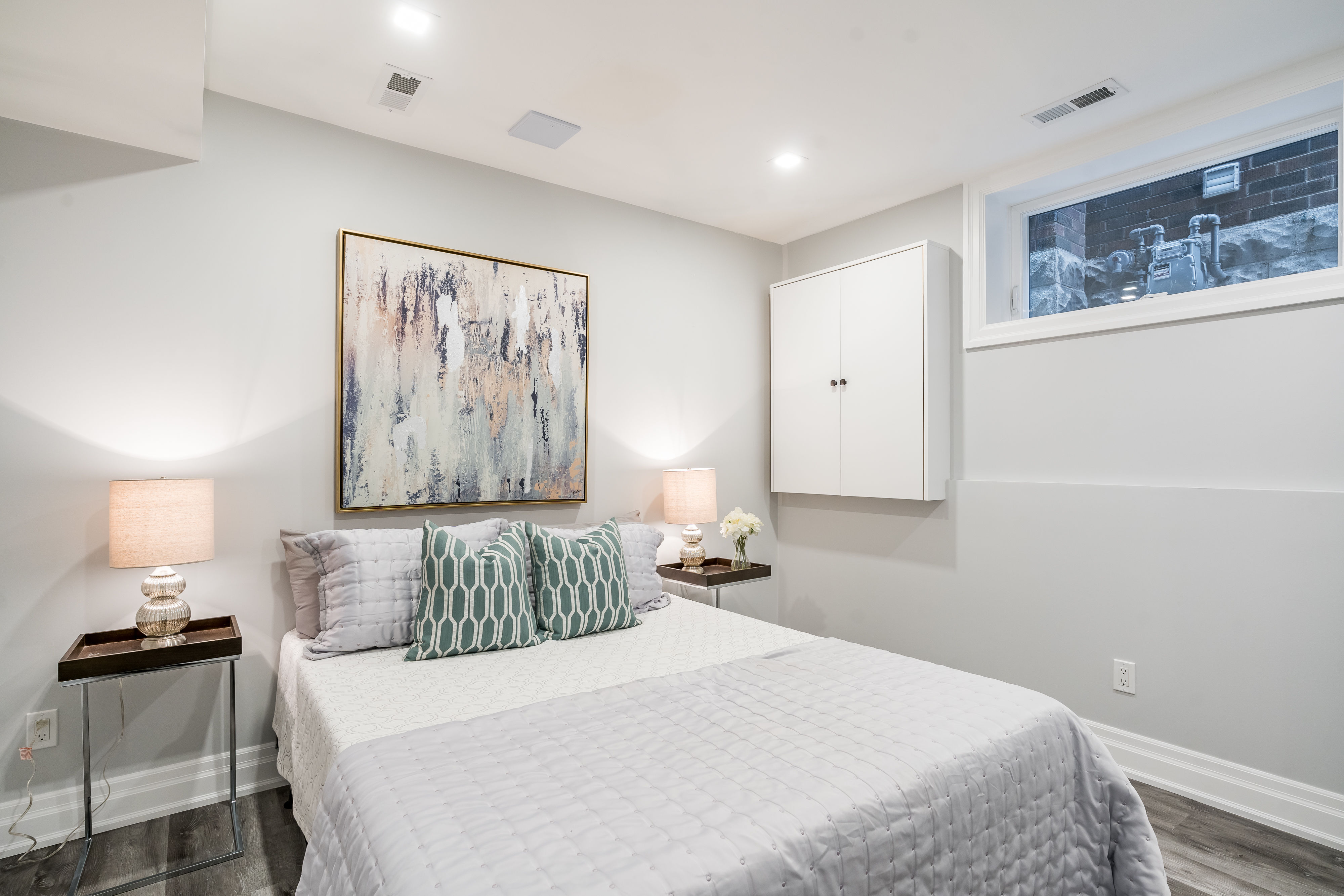 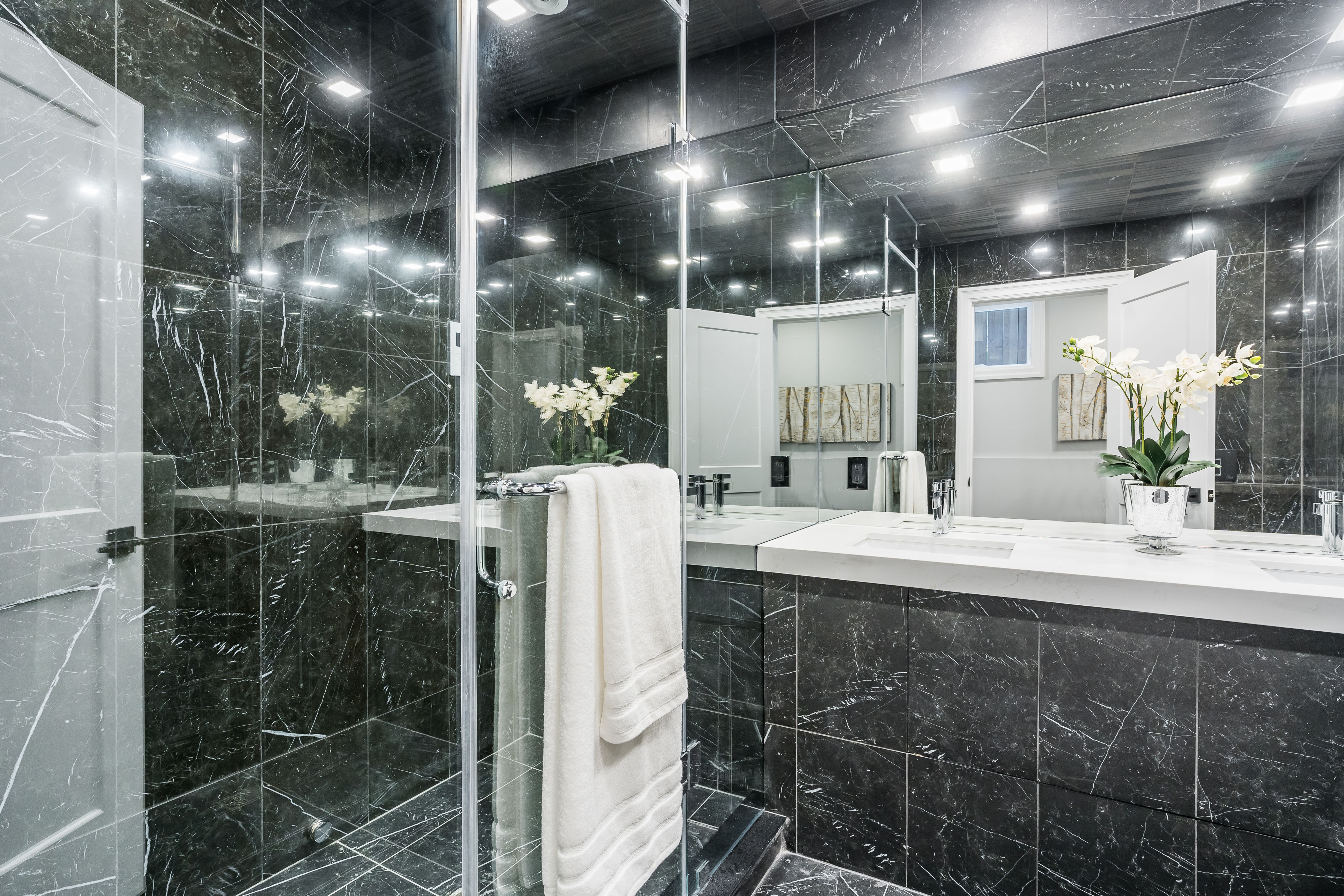 In the backyard, there’s a large stone patio and a seven-foot pressure-treated wood fence: 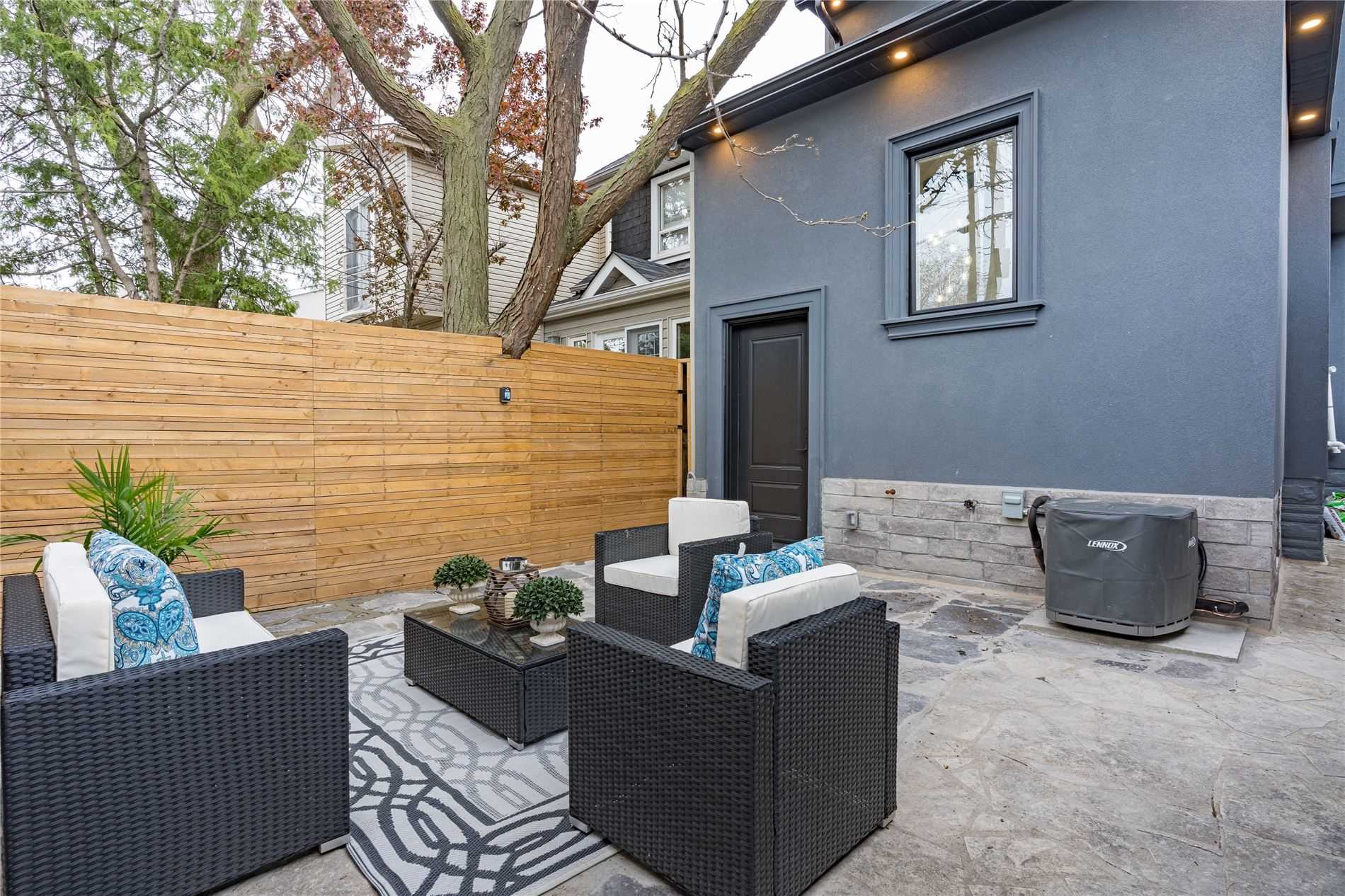 The sellers had completed the interior drywalling by mid-March, when the city went on lockdown. Since the province included small-scale residential construction on its list of essential services, the sellers were able to finish the interior. But it was a slow process. All the materials, including light fixtures, wood and marble, had to be ordered online for curbside pick-up. They finally finished in mid-May. After the drawn-out reno, the sellers were eager to offload the house, so they decided to list despite a sluggish market. They hired OTBx Air to produce a video and photo gallery for the listing, and got Flawless Staging to furnish the space. On May 19, they listed the property for $1,449,000, higher than comparable detached homes in the area, because their agent suggested the quality of the renovations warranted an increased price tag.

The video and staging seemed to work, since there were 17 showings in the first week. To reduce the number of people at showings, the agent called each of the buyers in advance to give them background on the property, instead of actually attending herself. Then, to supply even more information, the agent posted printed notes throughout the house to highlight various features, including the heated towel racks and Italian-made kitchen faucets. In the first week, there were a handful of lowball verbal offers, but nothing in writing. On May 27, a couple upsizing from a downtown condo officially submitted a bid, which, after some late-night negotiating, came to $1,425,000. That sealed it.

Correction: An earlier version of this article stated that Argcon Group, a construction company, were the sellers of this property. That has since been changed.