Sale of the Week: $1.4 million for a Junction Triangle semi that a schoolteacher renovated himself

Sale of the Week: $1.4 million for a Junction Triangle semi that a schoolteacher renovated himself

An 1,800-square-foot home near Bloor and Dundas. This four-bed, three-bath semi blends old and new, with a traditional Edwardian façade and a Scandi-inspired interior. Plus, it’s got a detached garage and a potential income suite.

This house was built in 1910. More than a century later, in 2015, a Toronto District School Board supply teacher bought the place for $635,000. The teacher, who is also a trained carpenter, then spent the next five years renovating the place with the help of friends and family. His vision for the design included elements from disparate eras. That’s why the place has a modern minimalist interior, along with old-fashioned features like leaded glass and an imitation transom window. The seller originally planned to live in the house upon completing the reno, but has since decided to move elsewhere.

There are nine-foot ceilings and white oak floors on the main level: 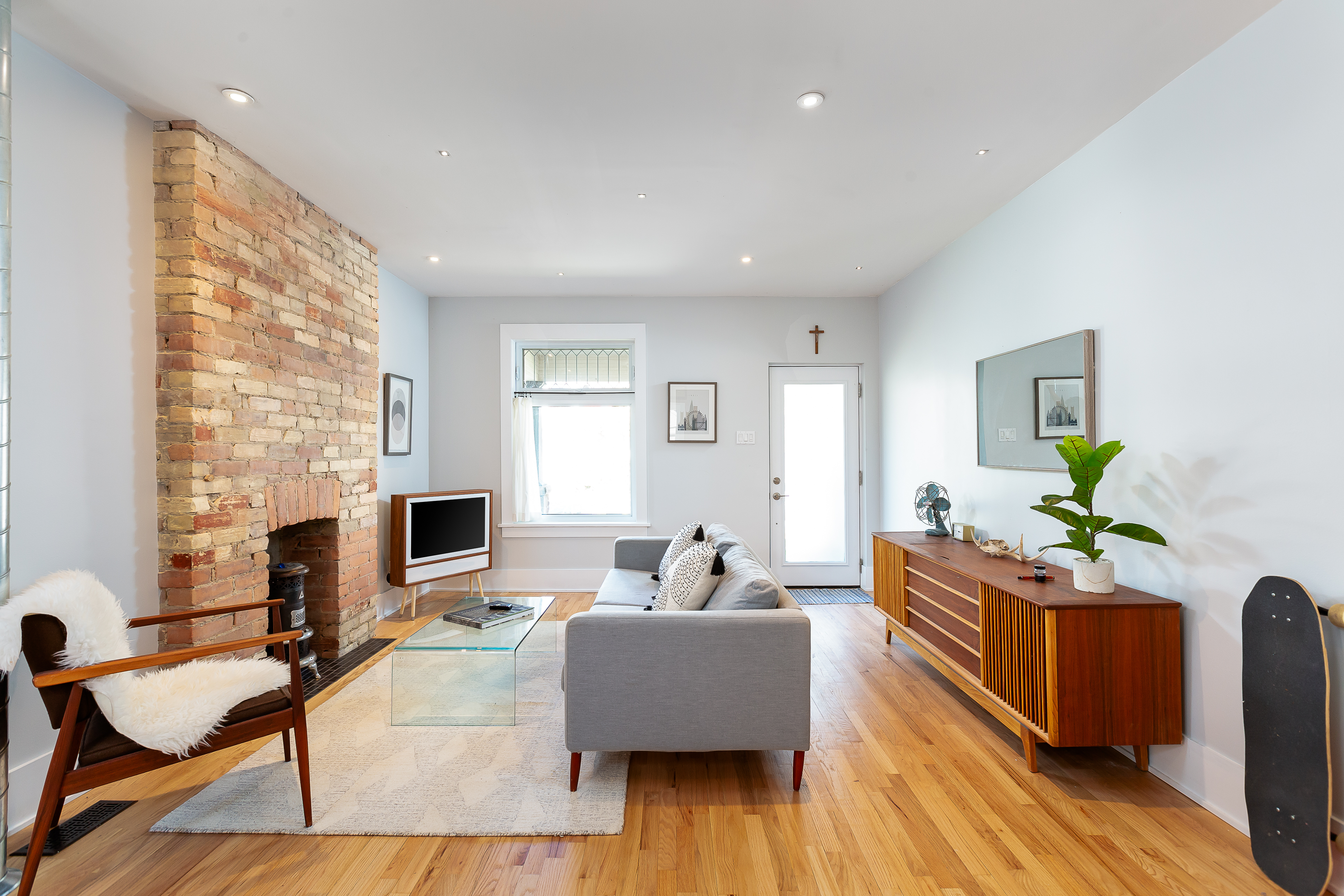 The seller removed drywall to expose the brick fireplace. He also handcrafted the leaded-glass header atop the front window, and built the TV stand with teak veneer: 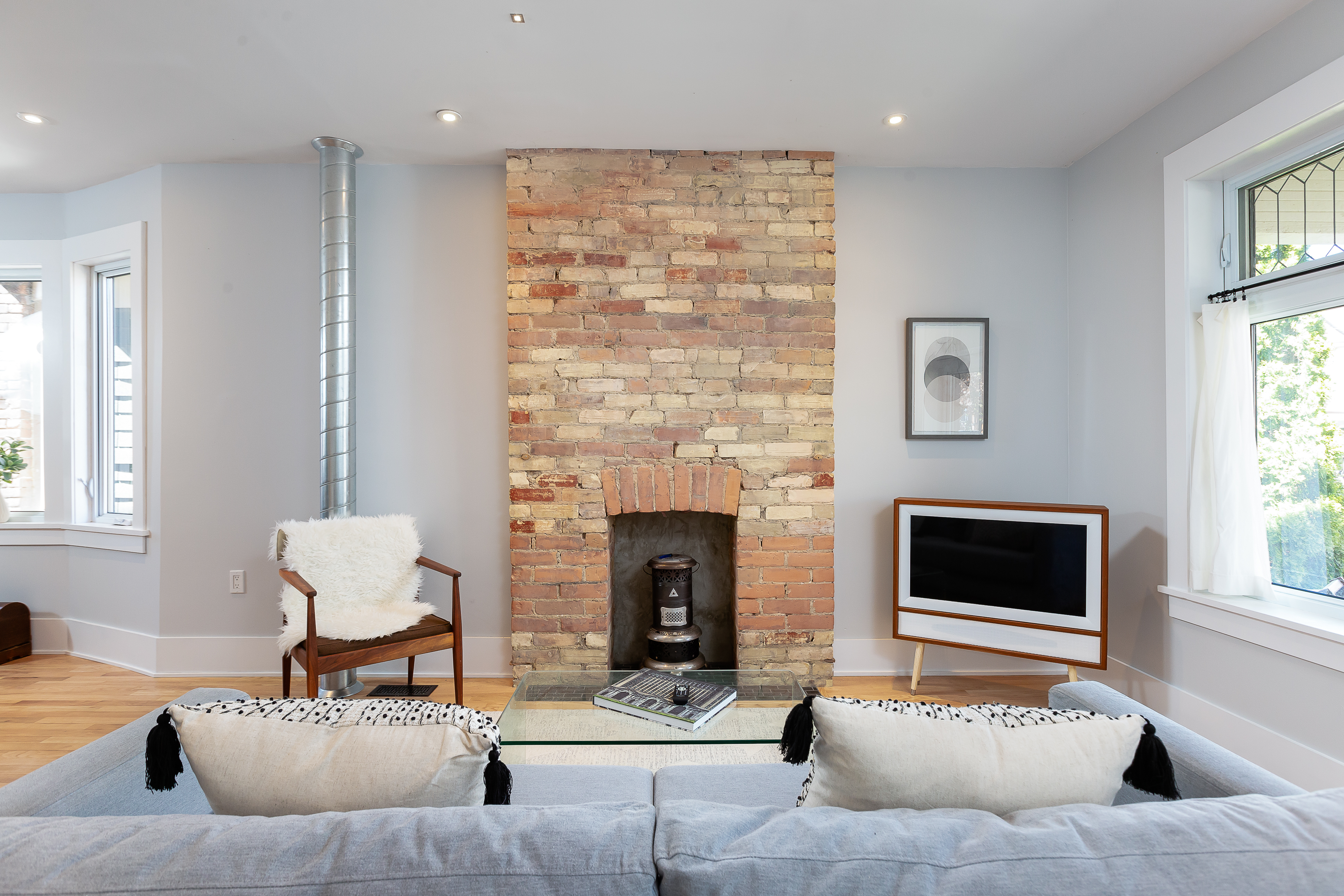 There’s a six-bulb brass chandelier in the dining room. The seller included his banjo in the staging photos as an aesthetic flourish: 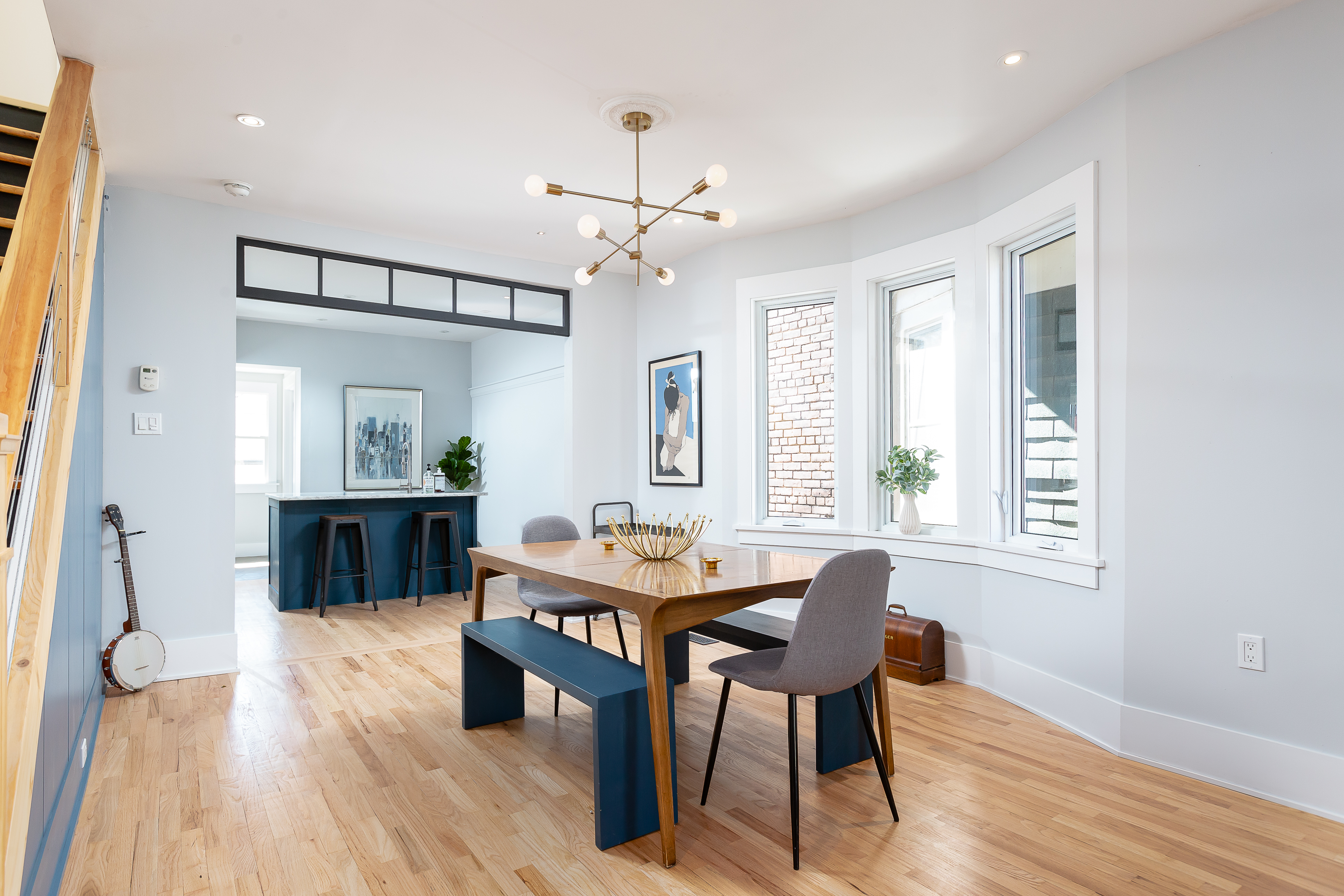 The seller turned the existing beam between the dining room and kitchen into a faux transom window. Before air conditioning, windows were inserted above doorways to provide light and ventilation. Here, it serves both as a design element and an homage to the home’s Edwardian history: 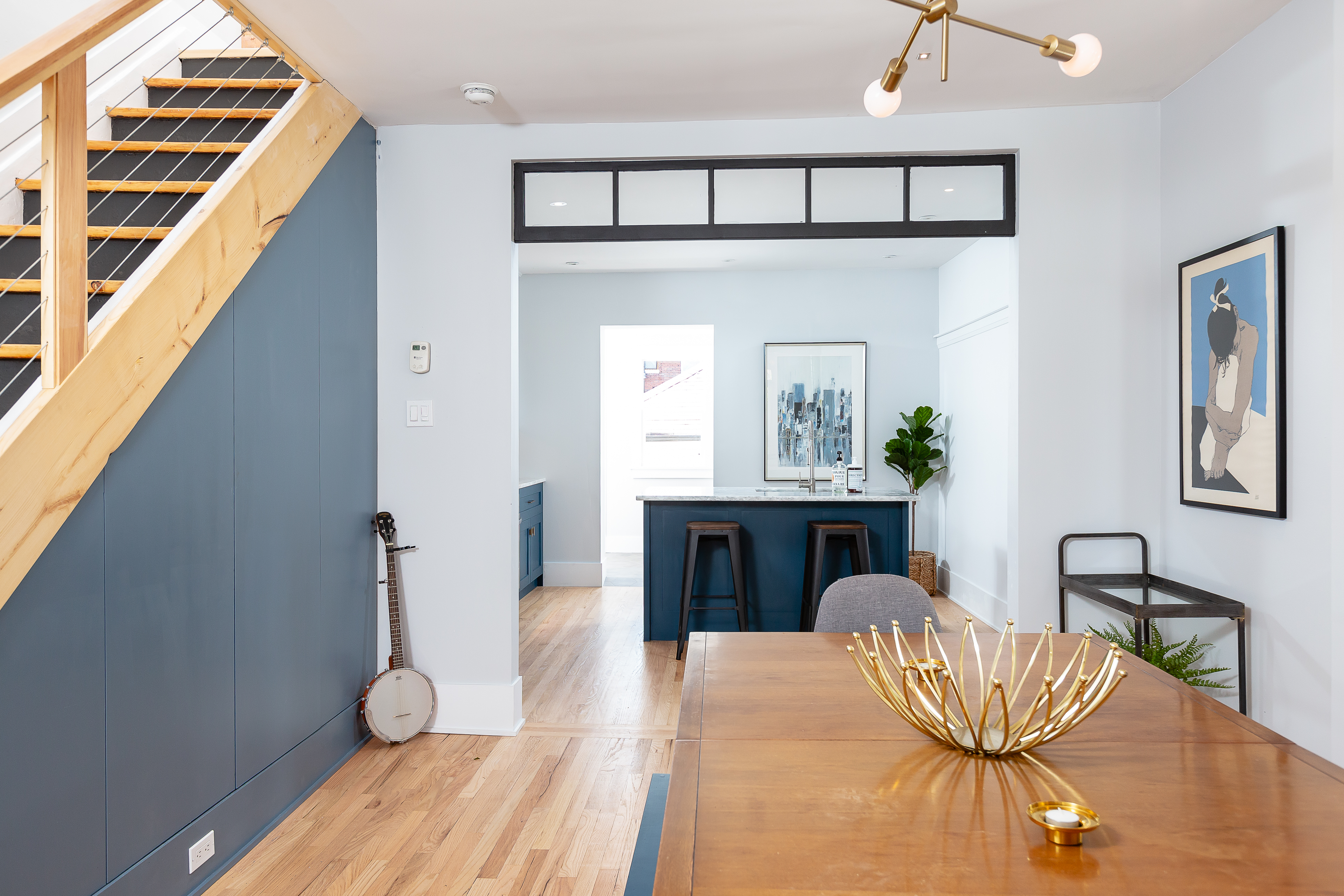 He built the staircase banister with pine sourced from a lumber mill in Oshawa: 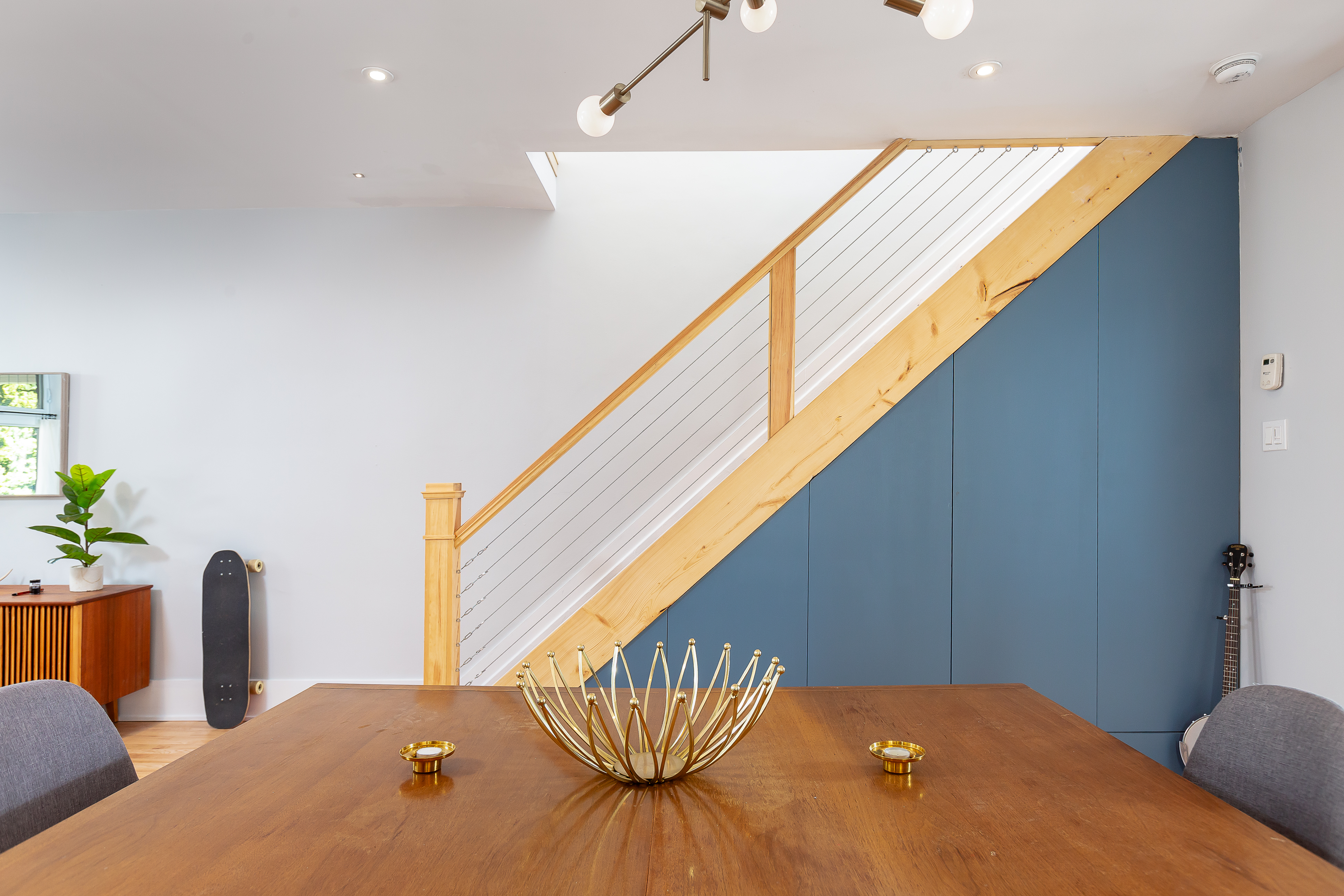 The kitchen is 150 square feet: 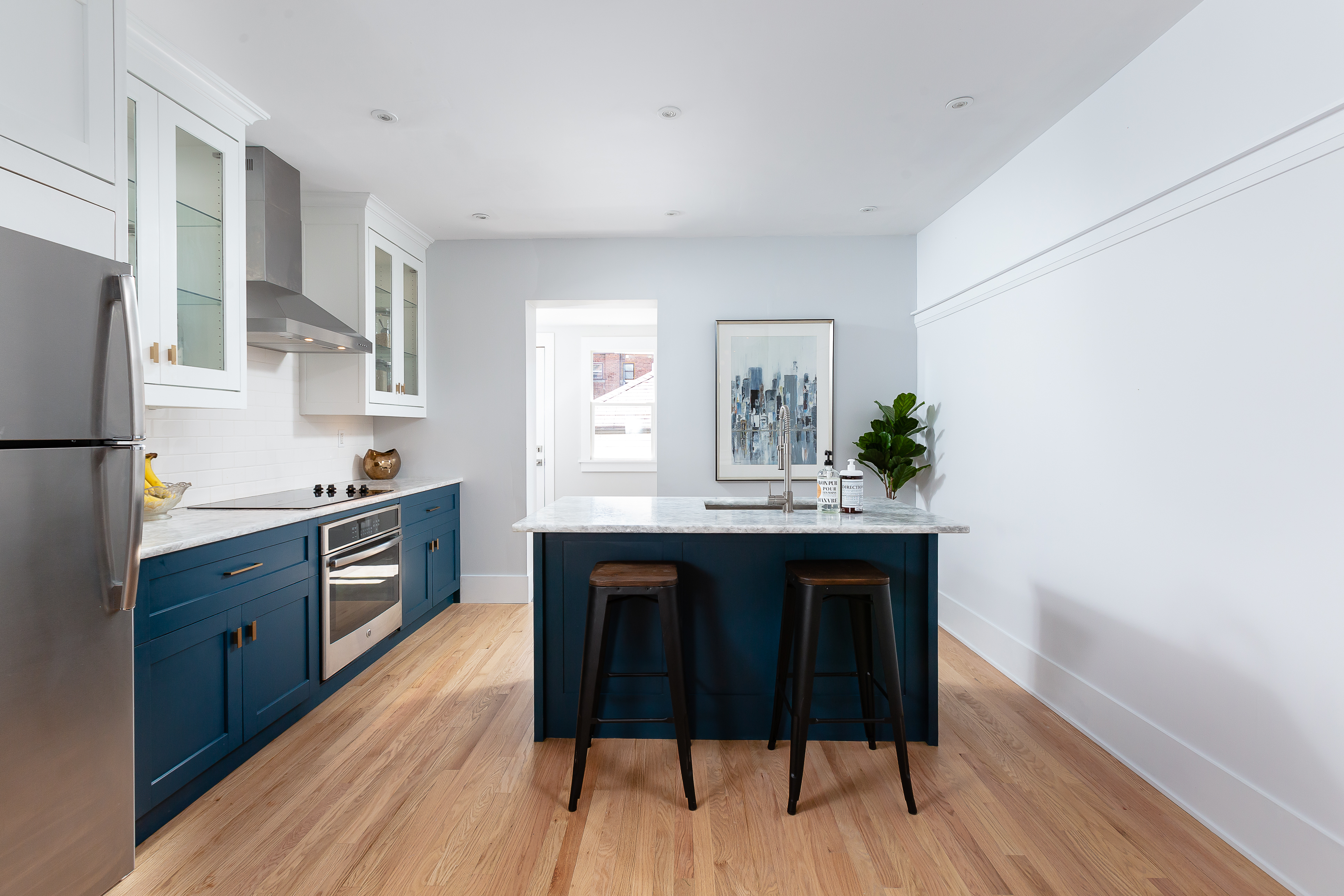 …with granite countertops and a subway tile backsplash: 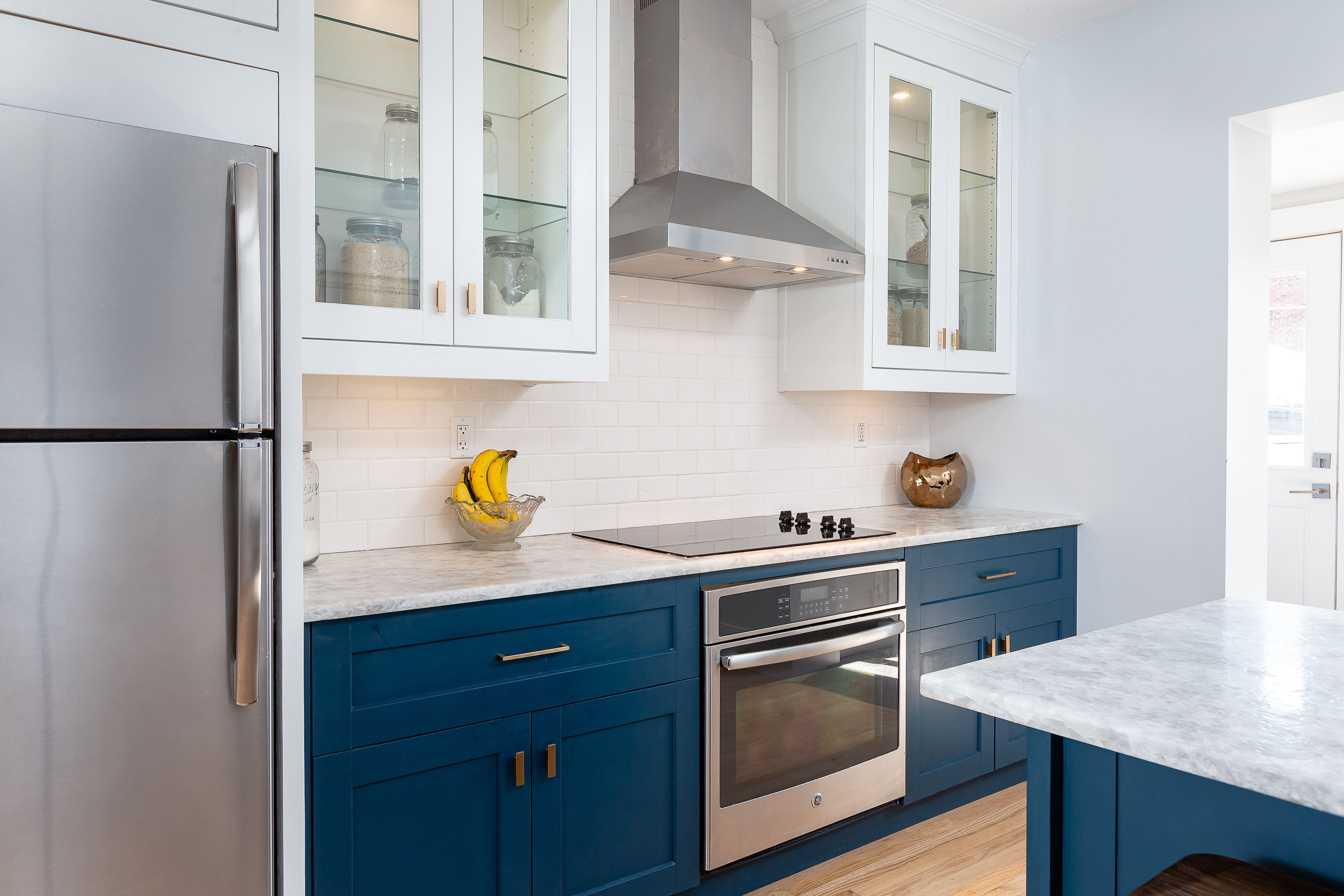 There’s vinyl tile flooring in the back mudroom: 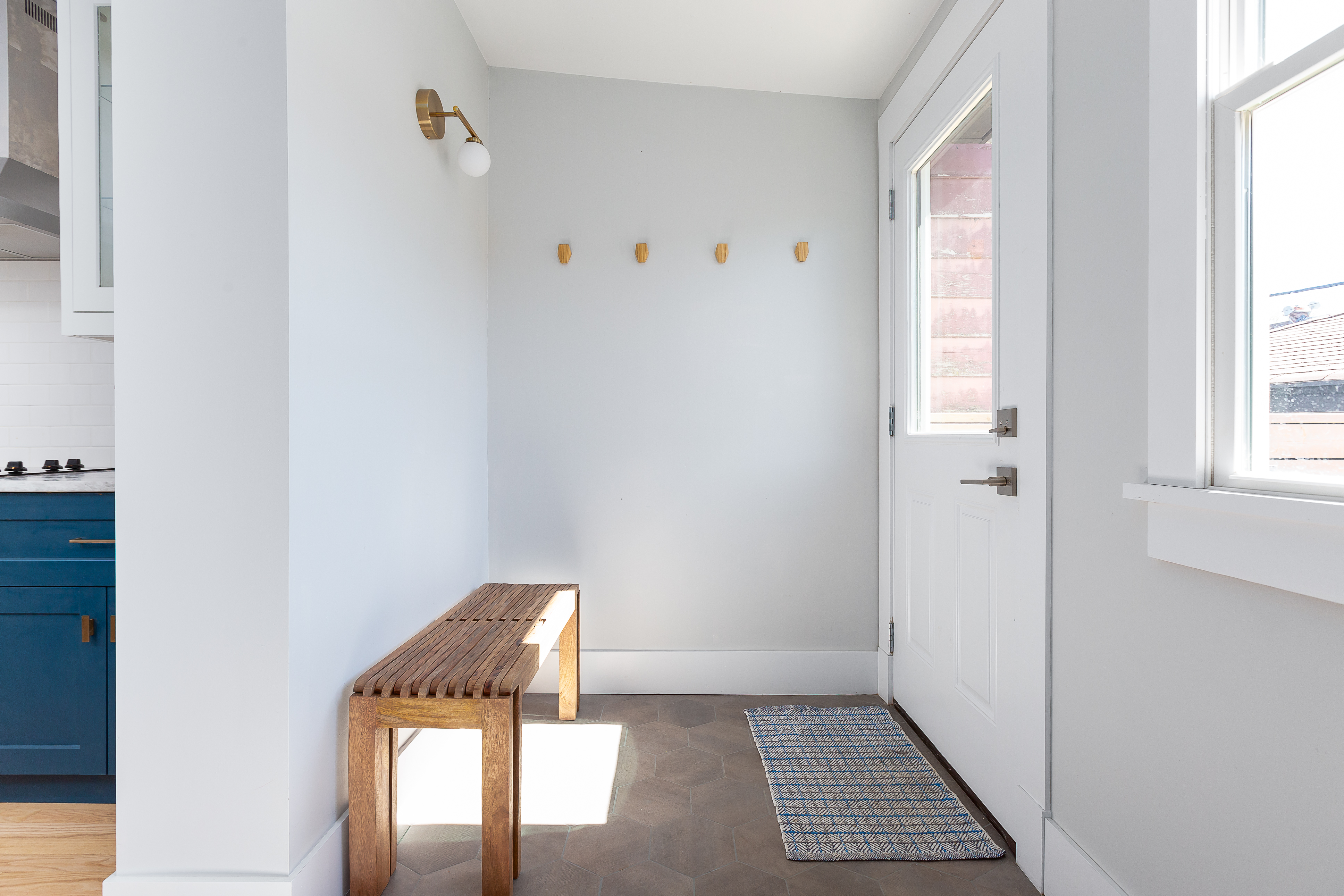 The seller created a skylight on the second floor by cutting through the ceiling. To improve the appearance, he covered the exposed cross beams with white oak: 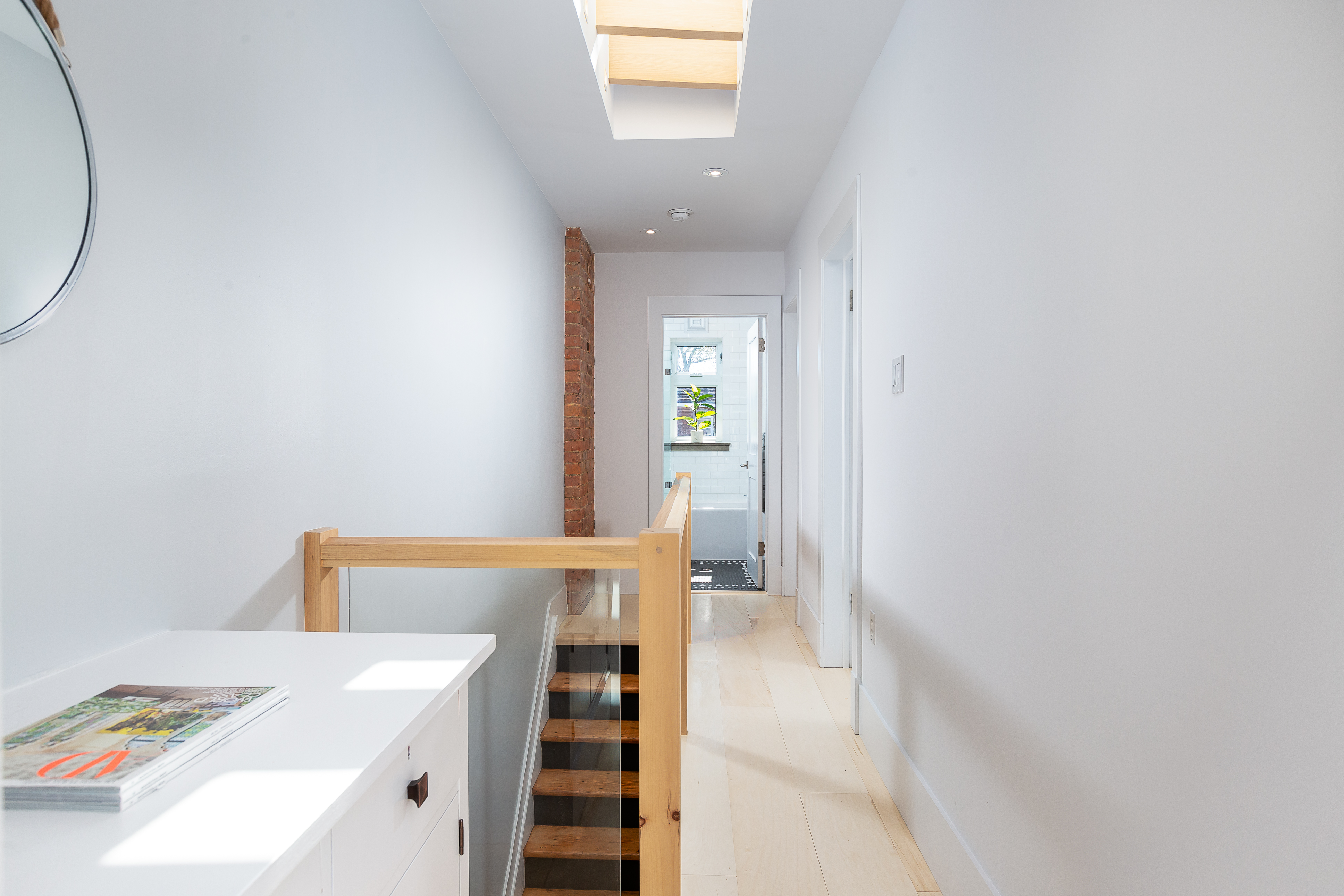 The master bedroom has a 12-foot vaulted ceiling and a bay window that overlooks Campbell Avenue: 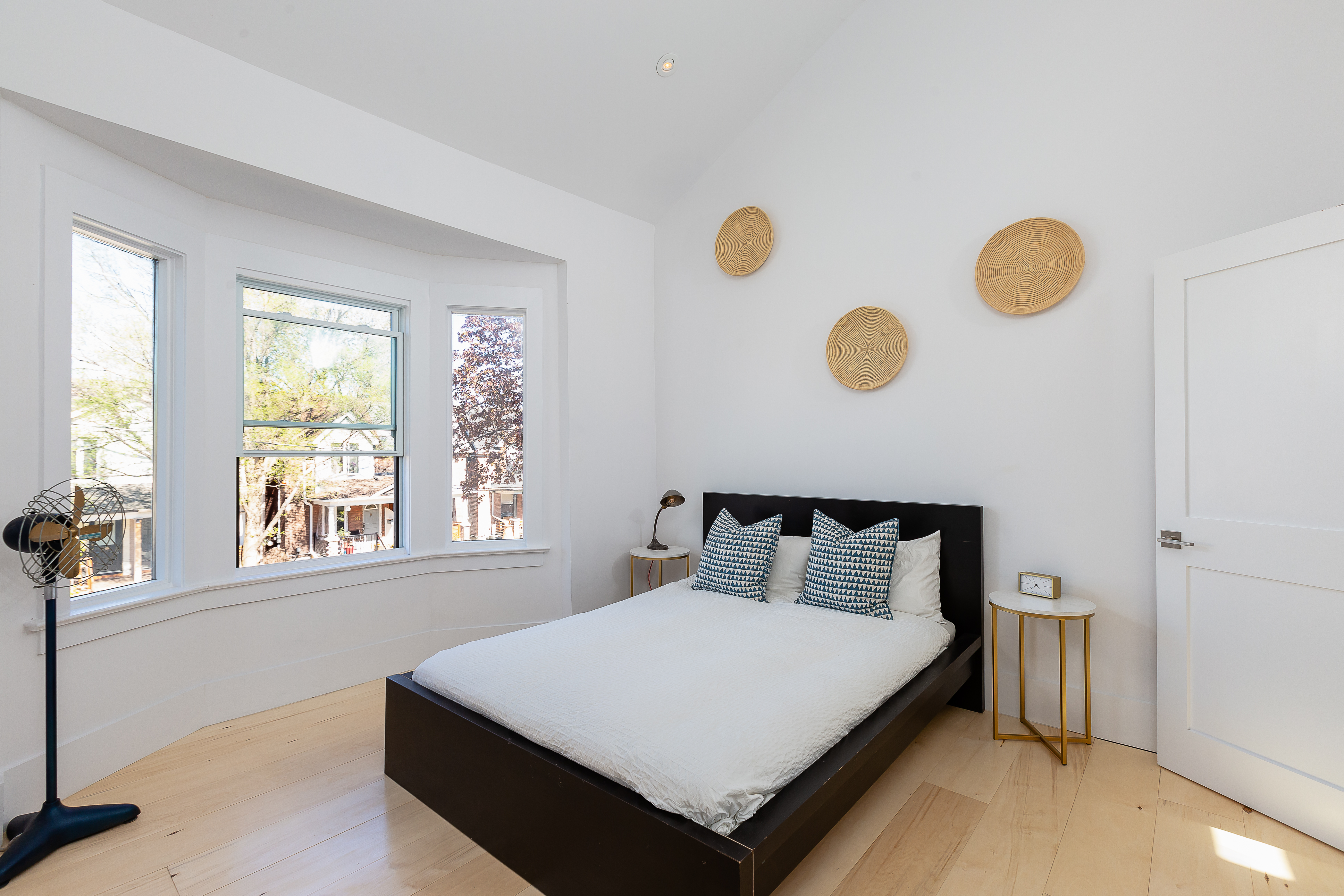 This bedroom is 100 square feet. In an attempt to make the secondary bedrooms seem larger, the seller painted the floors white: 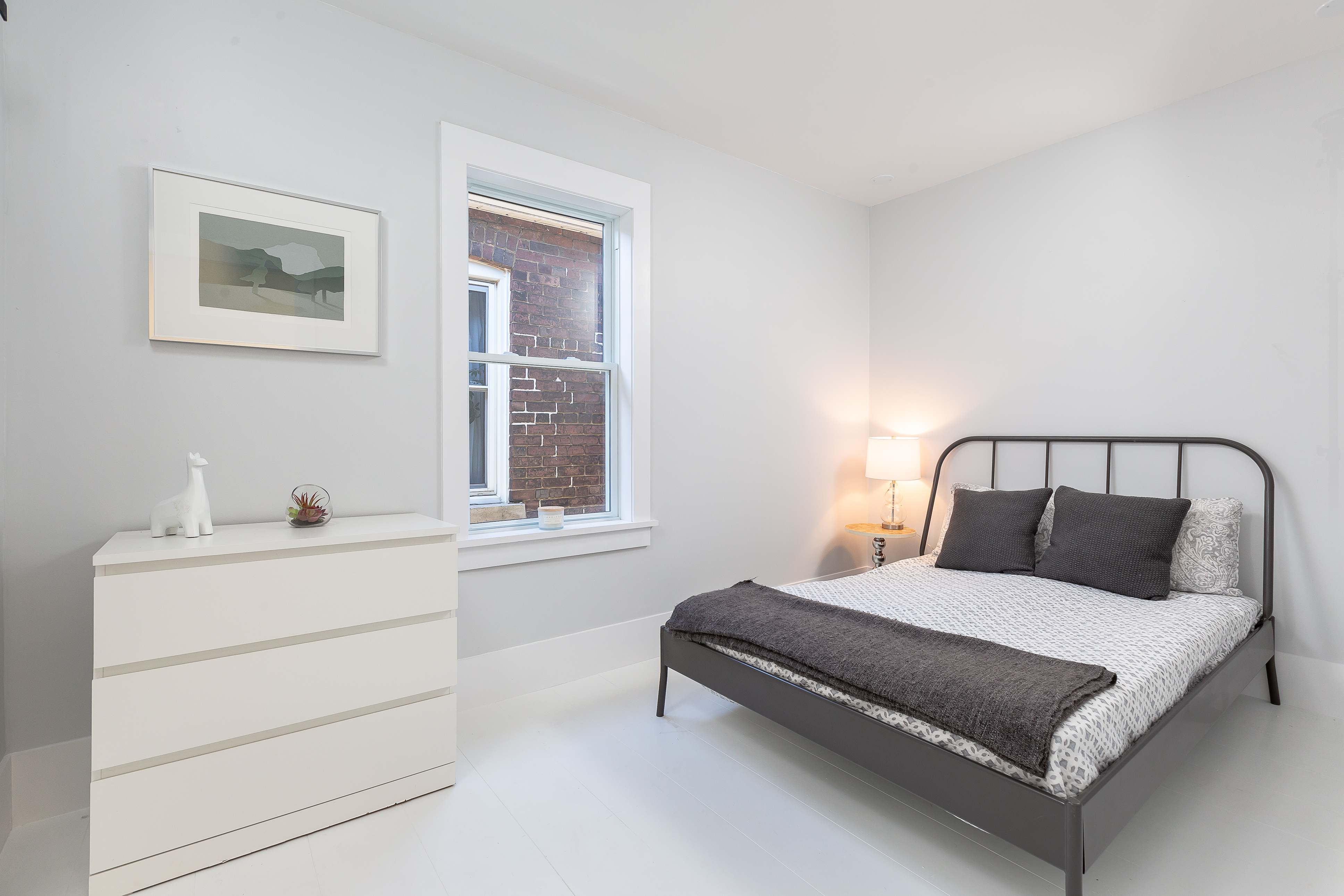 This 90-square-foot bedroom, which was staged as a nursery, overlooks the backyard: 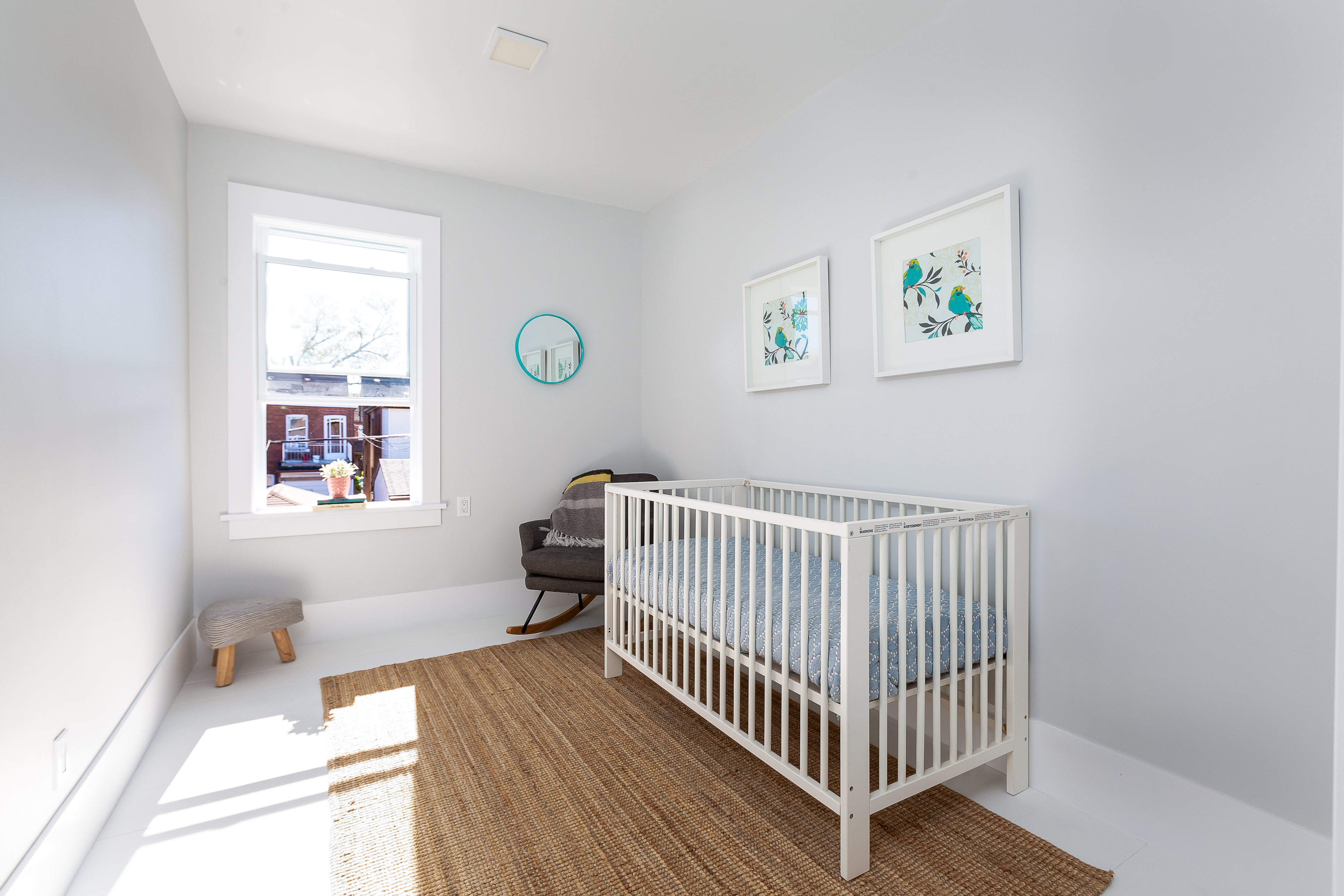 The second-floor bathroom has a concrete countertop: 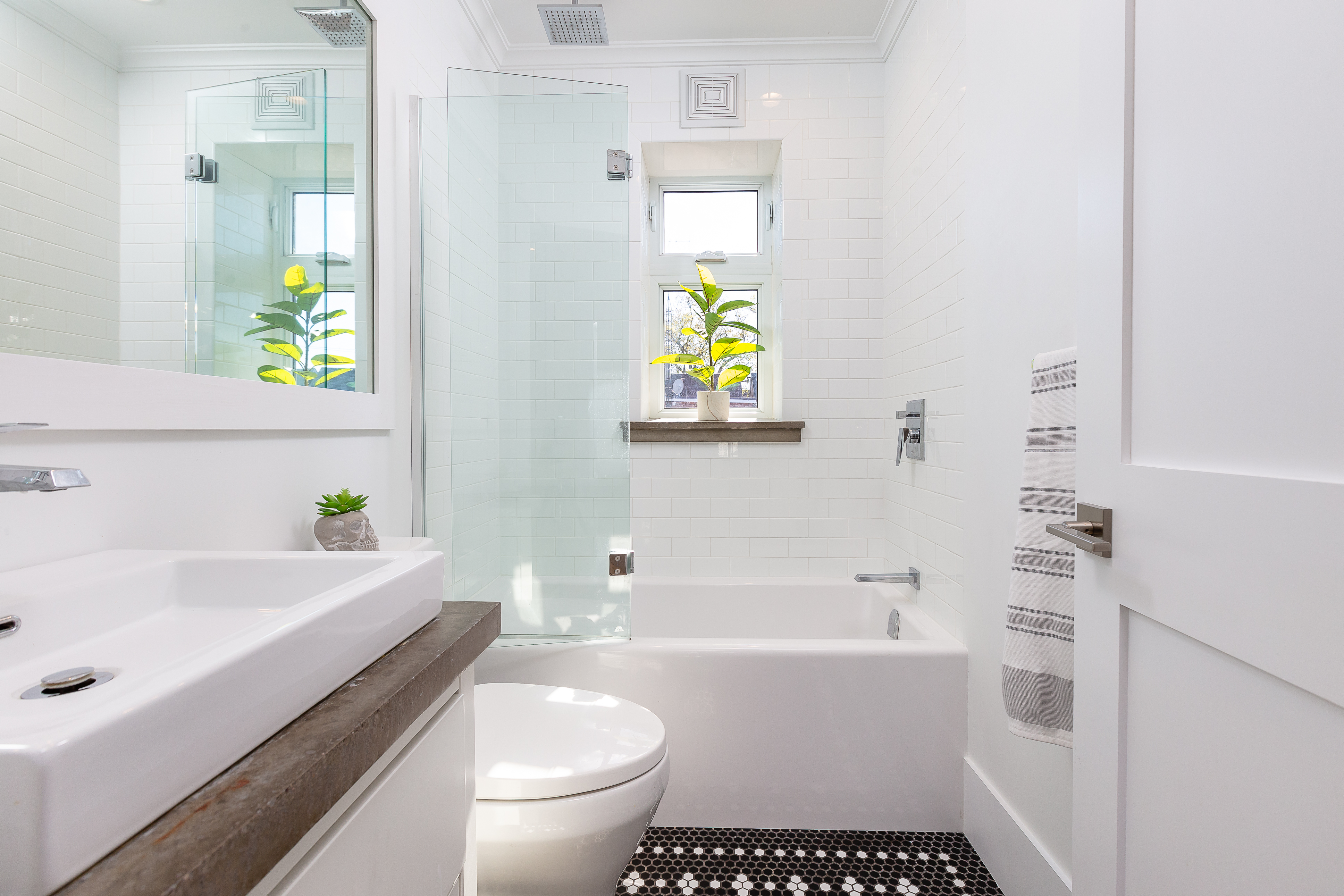 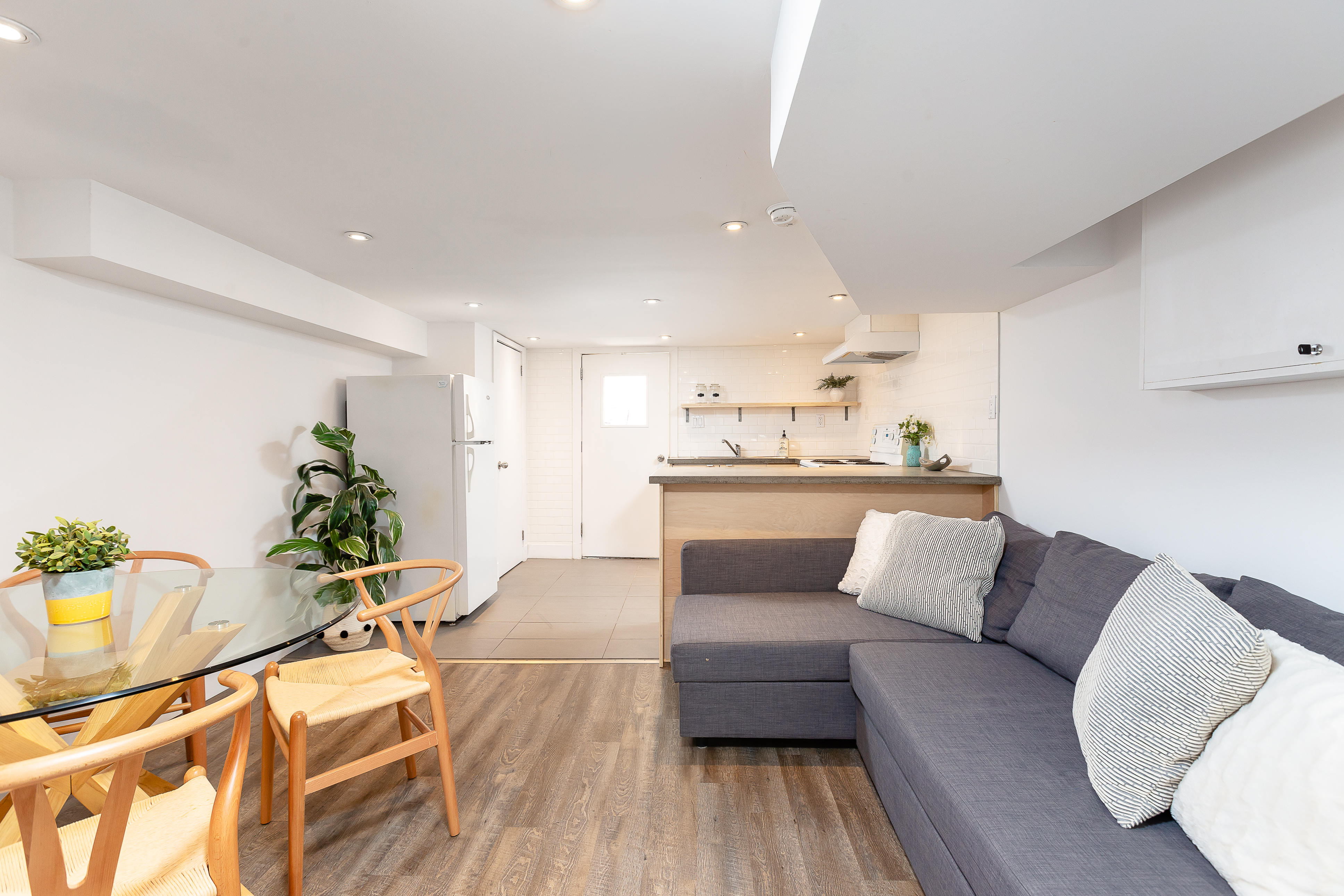 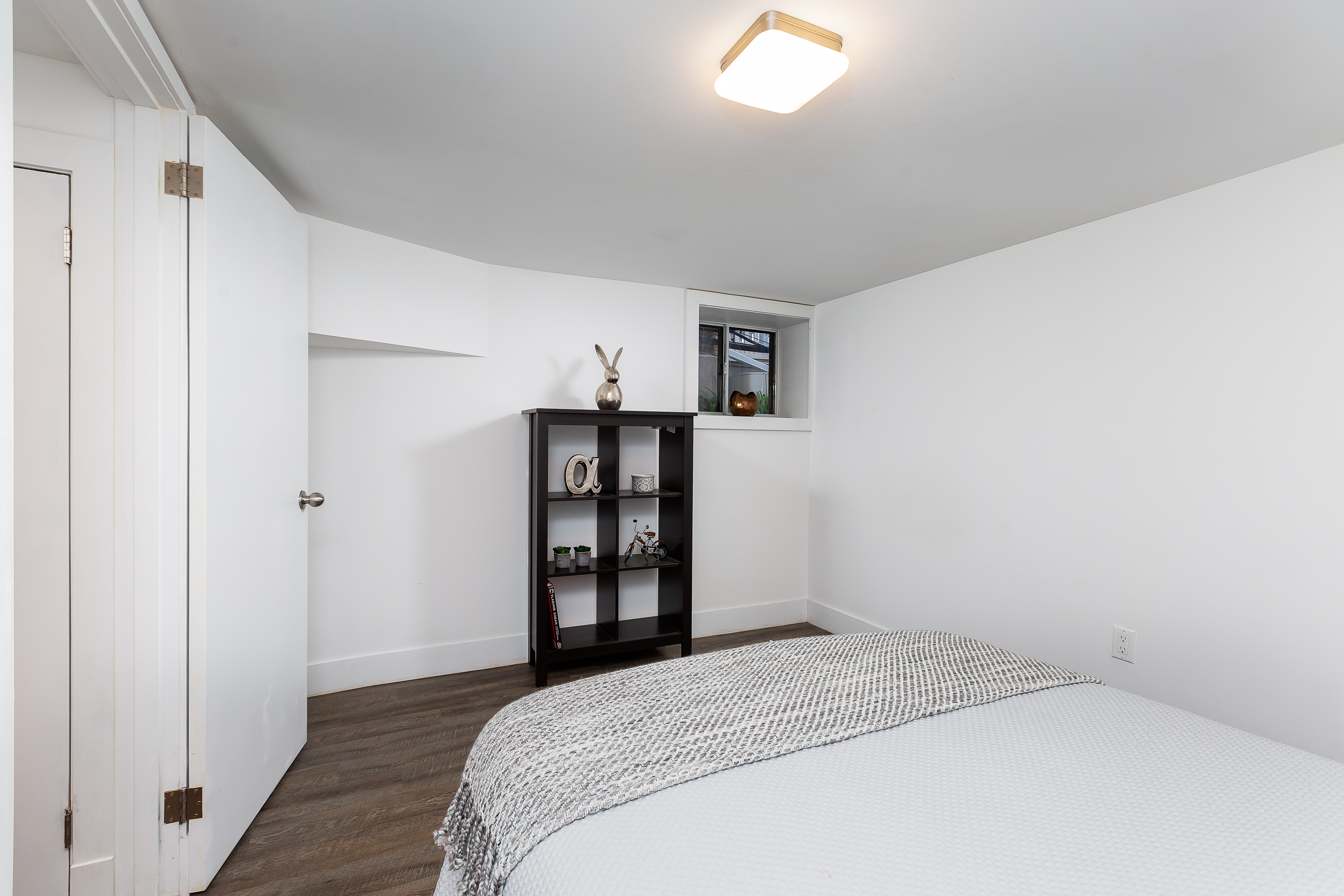 There’s a detached two-car garage in the backyard. The seller painted it white and added a pine door: 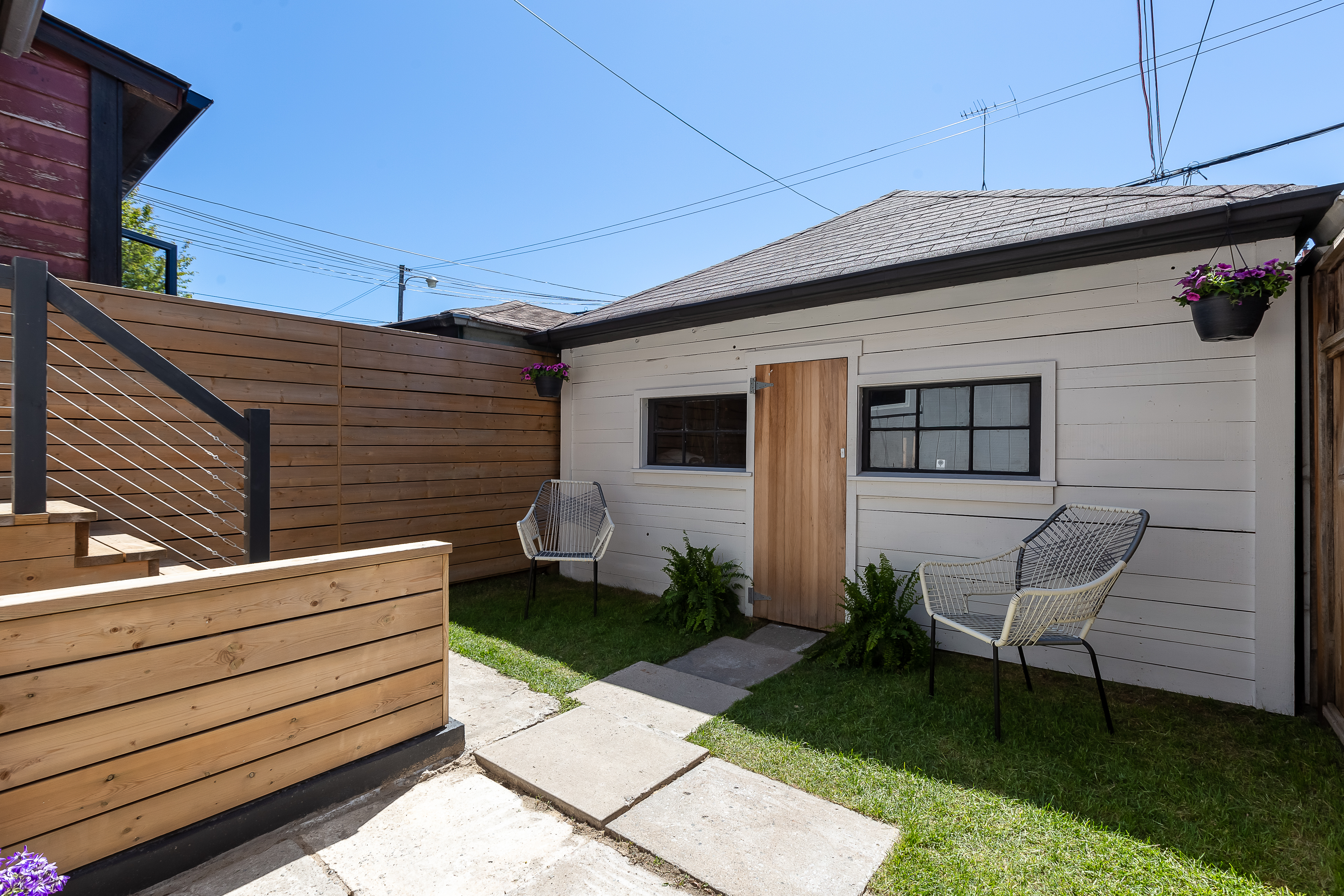 On March 4, the seller hired an agent who had recently sold a similar four-bedroom semi in the same neighbourhood. Soon after, Covid-19 cases spiked in Toronto, putting his listing plans in limbo. The market had slowed dramatically, so the agent suggested avoiding MLS and trying out the private market. That way, they wouldn’t risk the place sitting on MLS for too long. The agent reached out to his personal network of buyers and advertised the home online with a video tour and a photo gallery. But they were unable to drum up any offers. In May, once businesses began to reopen, the agent suggested it was time to try out MLS.

On May 22, they listed the home for $1,300,000 and booked more than a dozen showings. To make social distancing easier for potential buyers, the seller drove to his family cottage near Owen Sound while his agent coordinated showings. They asked every buyer and agent to wear masks and gloves, and sign a waiver of responsibility to confirm they hadn’t been in contact with anyone exhibiting symptoms of Covid-19. On May 24, the agent received three offers within $20,000 of each other. The buyers were asked to increase their bids, and the seller eventually accepted an offer for $127,000 over asking. Now, the seller is looking for a new project outside of the downtown area.