Anna Damelin and Danielle Hession are in-house interior stylists for Brott Hadden Group, a real estate agency. Until 2013, Damelin owned a store on Queen Street West called Love of Mine Boutique, which sold home decor and jewellery. Hession visited the shop regularly, and so did Alex Brott, one of Brott Hadden’s managing partners. About six months after Damelin closed her store, she called up Brott. They’ve been working together ever since. Damelin joined the company about a year ago.

This detached Little Portugal home is divided into three units, with four bedrooms and three bathrooms between them. Damelin and Hession staged the upper two units, on the main and second floors. About five days later, the property sold for $307,000 over asking. The aroma from the Cadbury chocolate factory next door may have helped. “It smelled really good the entire time we were staging,” Damelin says.

While many stagers use neutral colours, Damelin and Hession like to add a little brightness. “We love the way it shoots in photography, and it also gives every single place its own vibe,” Damelin says. They knew this home would likely sell to someone who intended to lease it out, so they aimed to create an interior that would appeal to youthful renters, while incorporating some vintage elements.

Damelin and Hession cleared everything out of the old office in the upper unit, set up a new desk in the middle of the room and added a carpet: 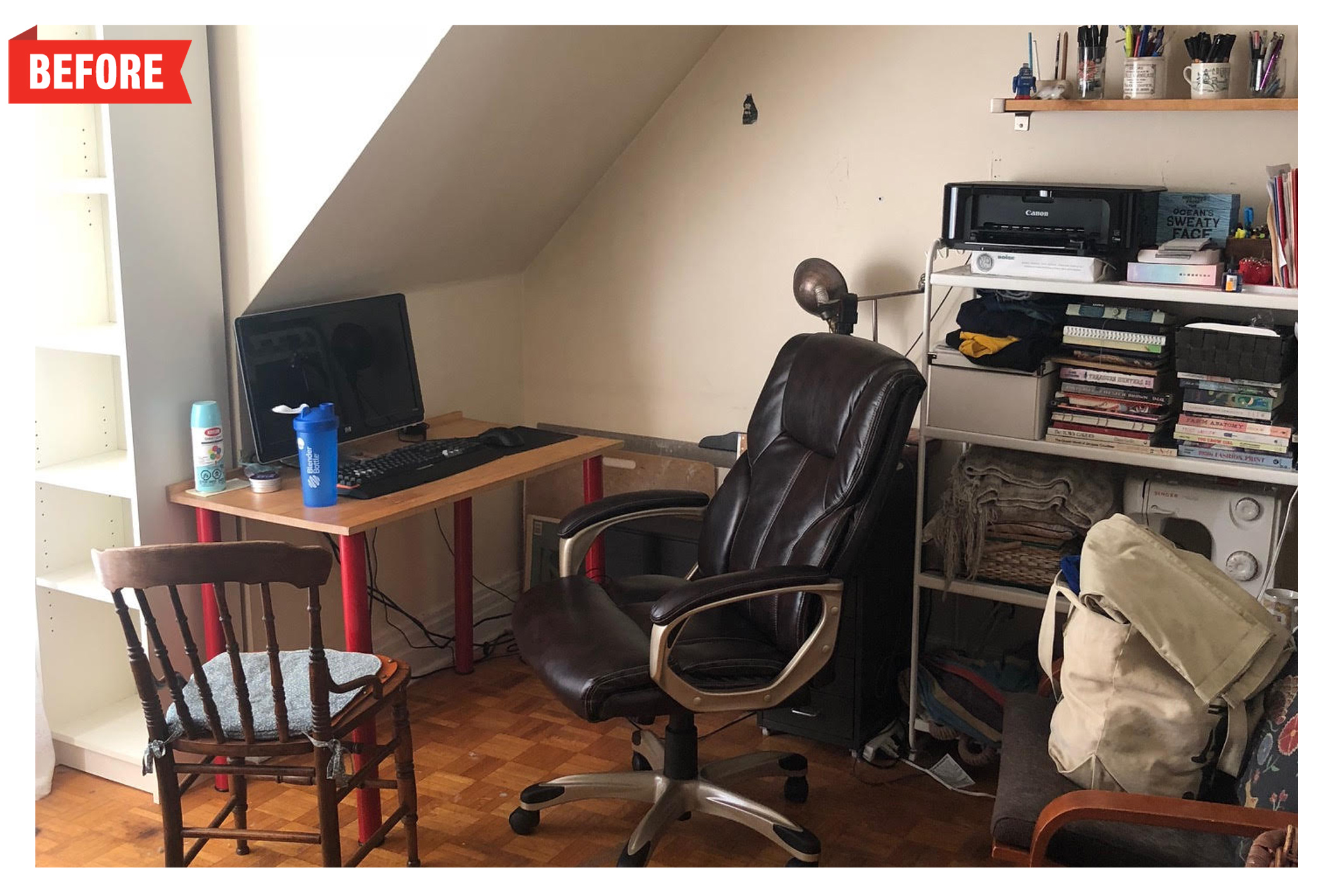 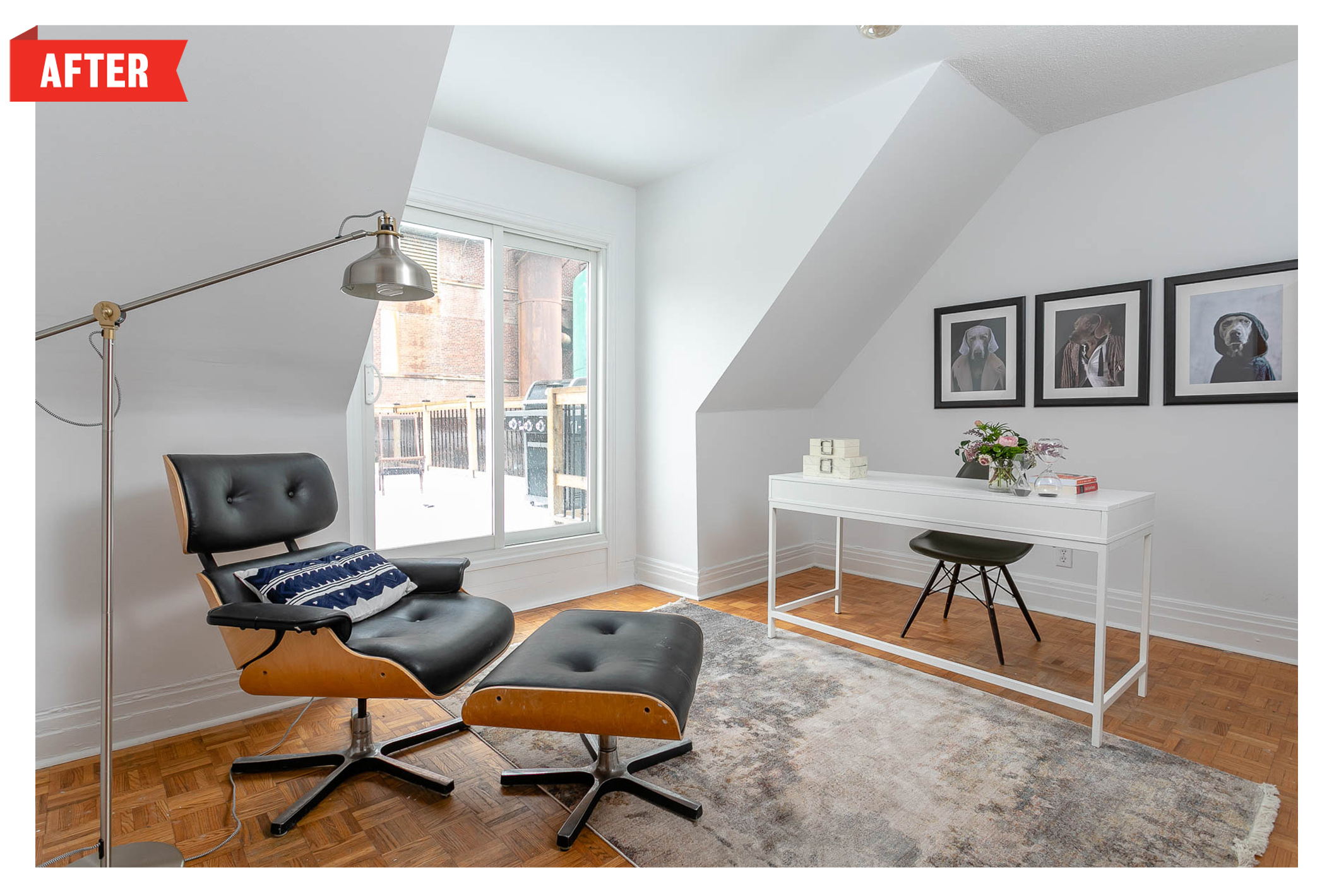 This room was being used for storage. They turned it into a bedroom. “We had to make sure that people knew that you can have a bed up there,” Damelin says. 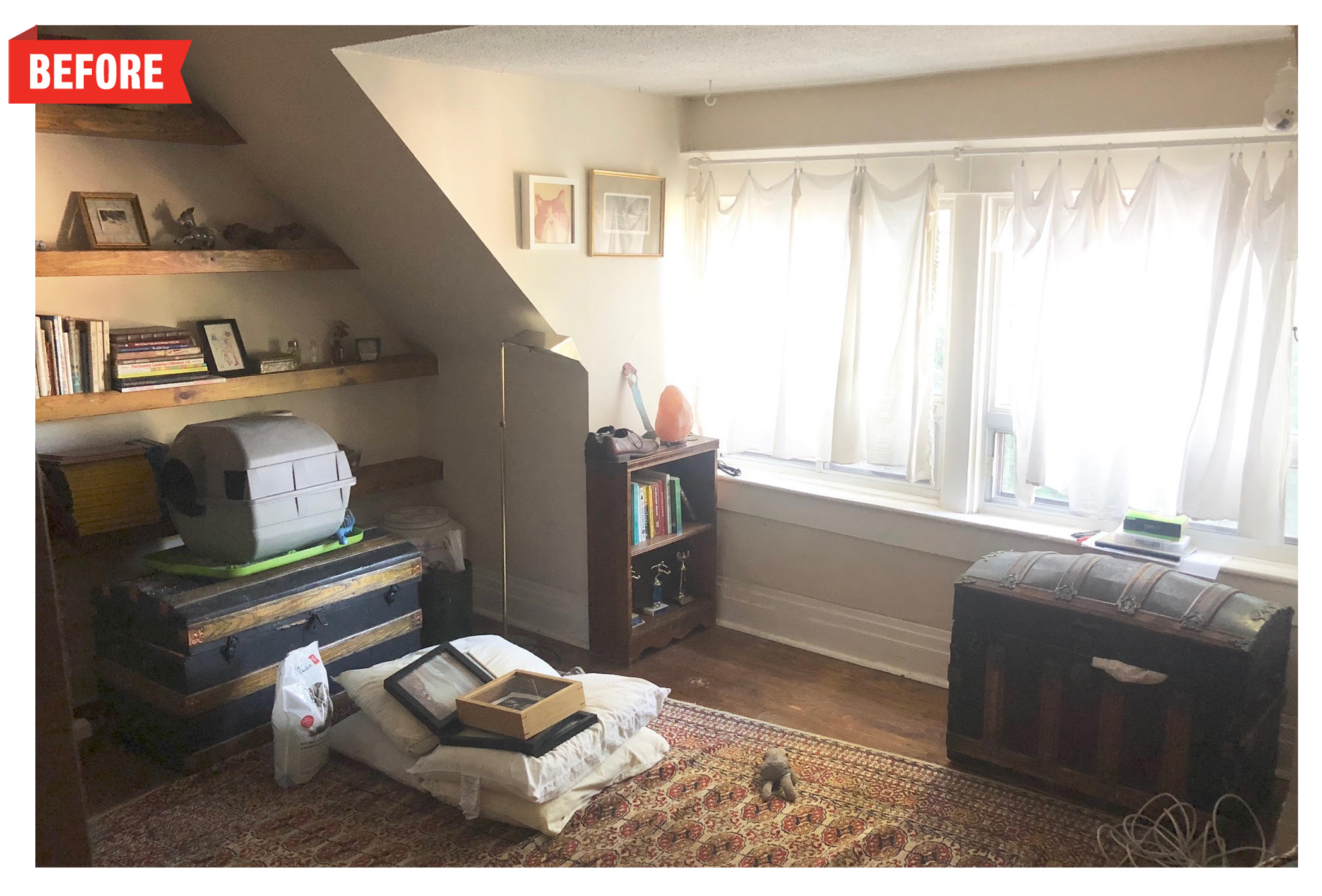 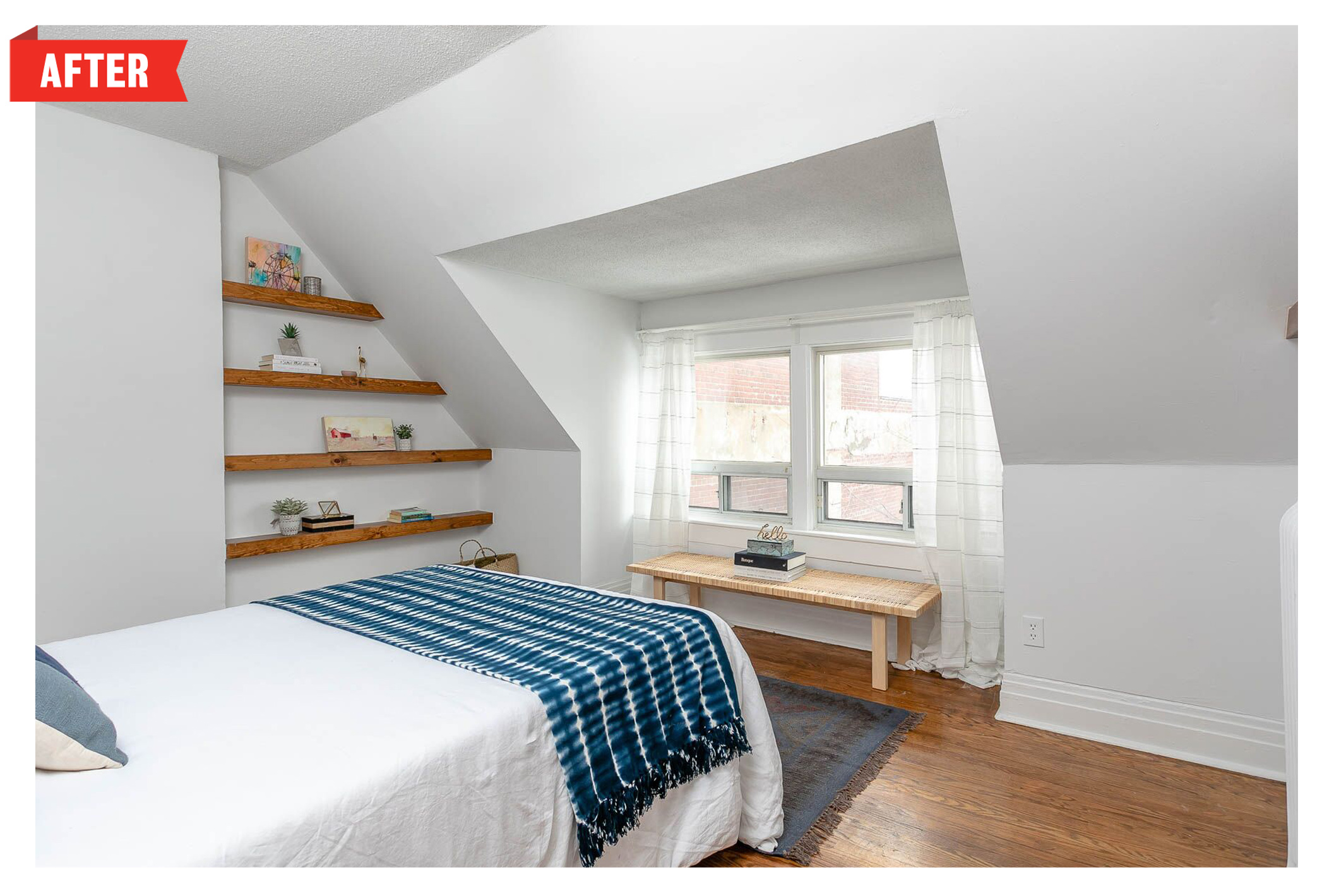 They added a new light fixture and chose a colourful, turquoise couch for this room: 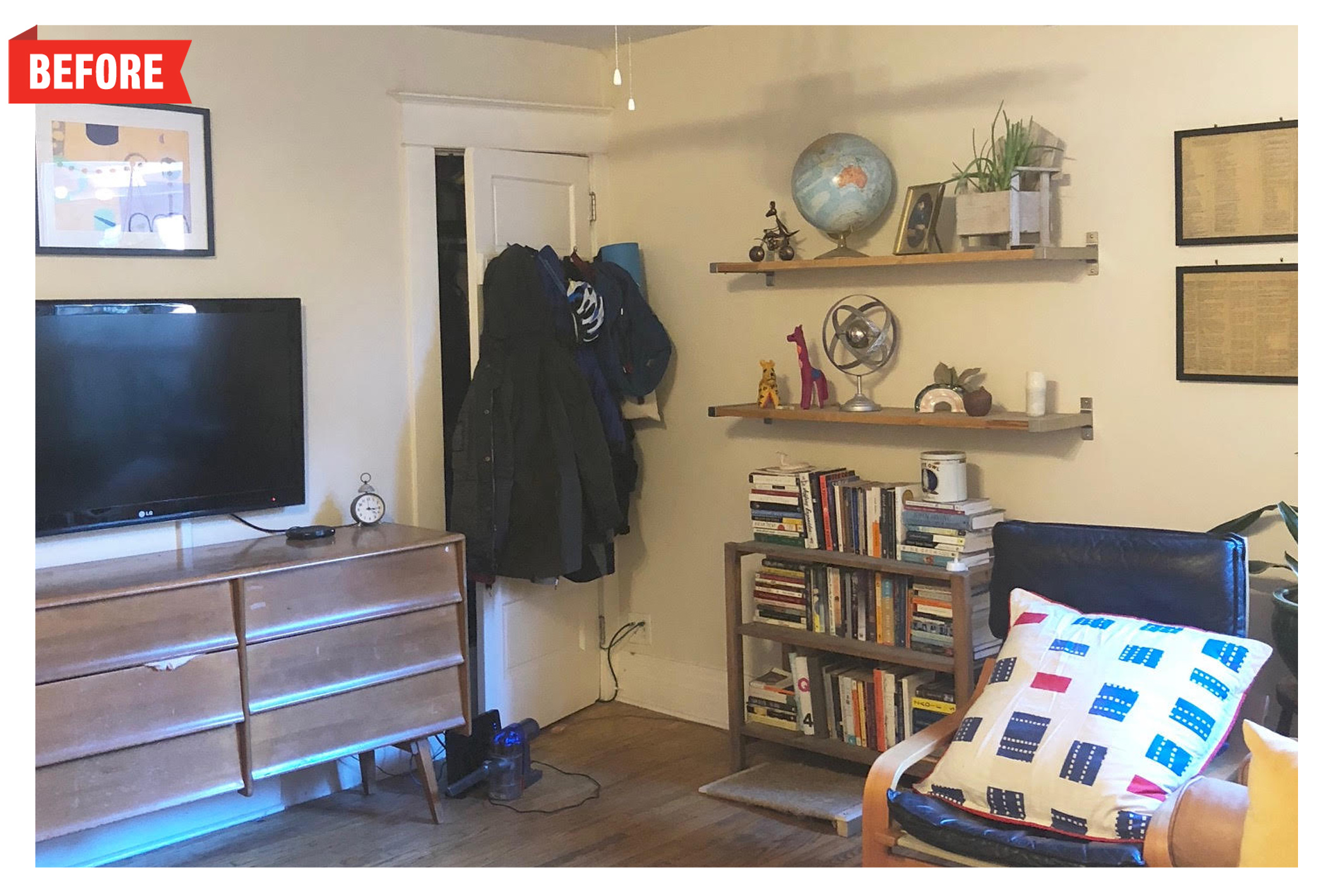 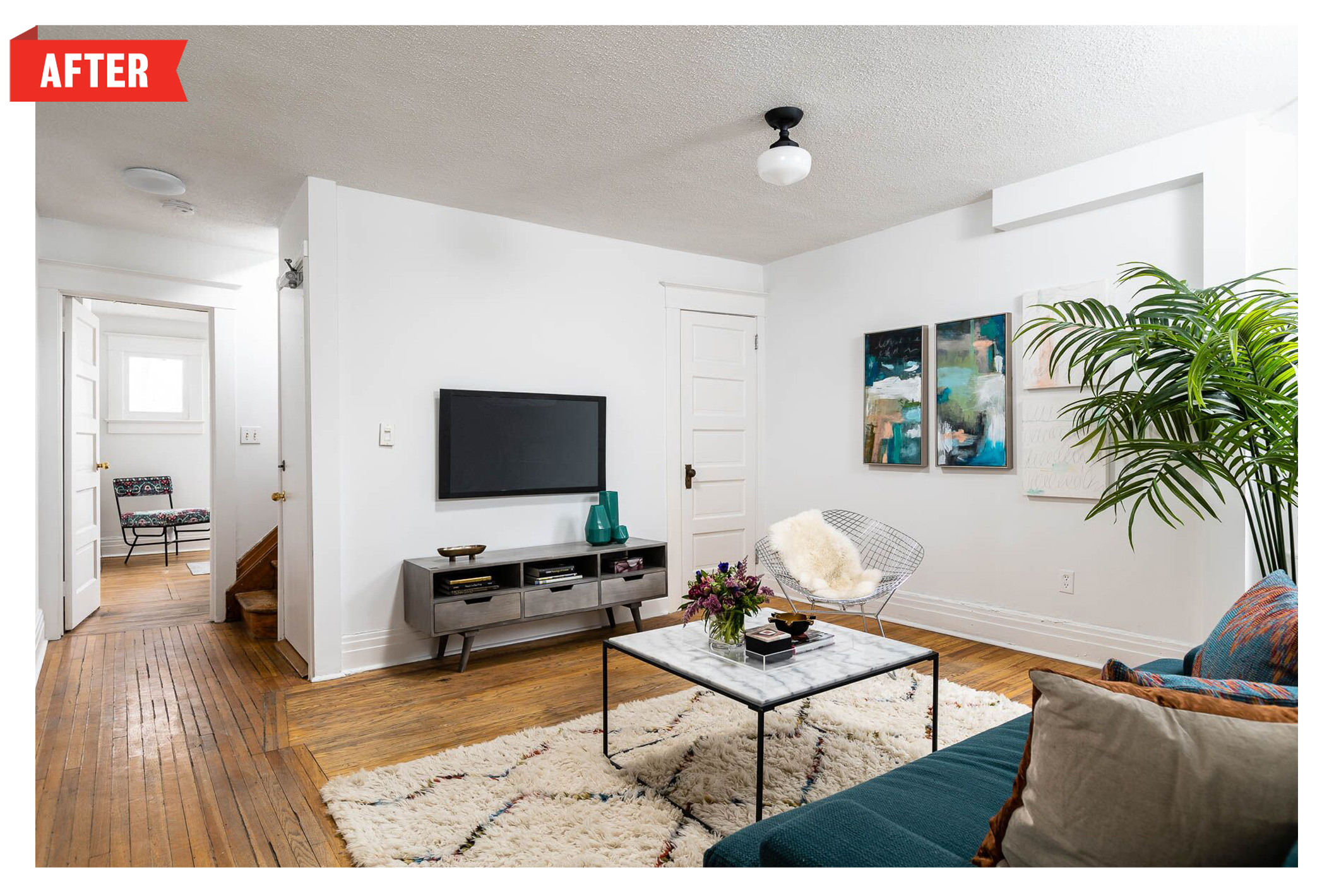 For the upper unit’s kitchen, they wanted to emphasize elegance and simplicity. They emptied the area and had the seller remove her cabinetry: 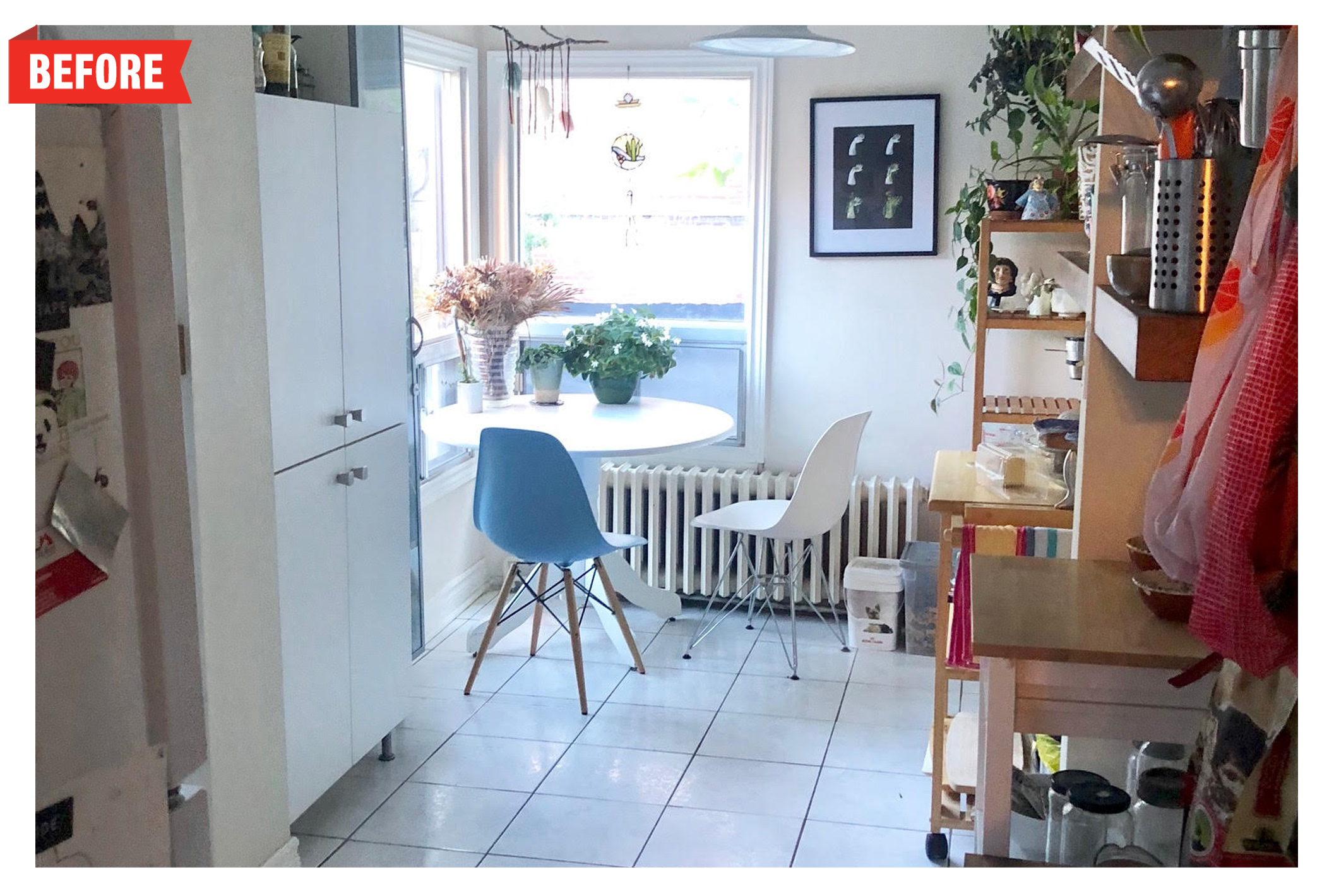 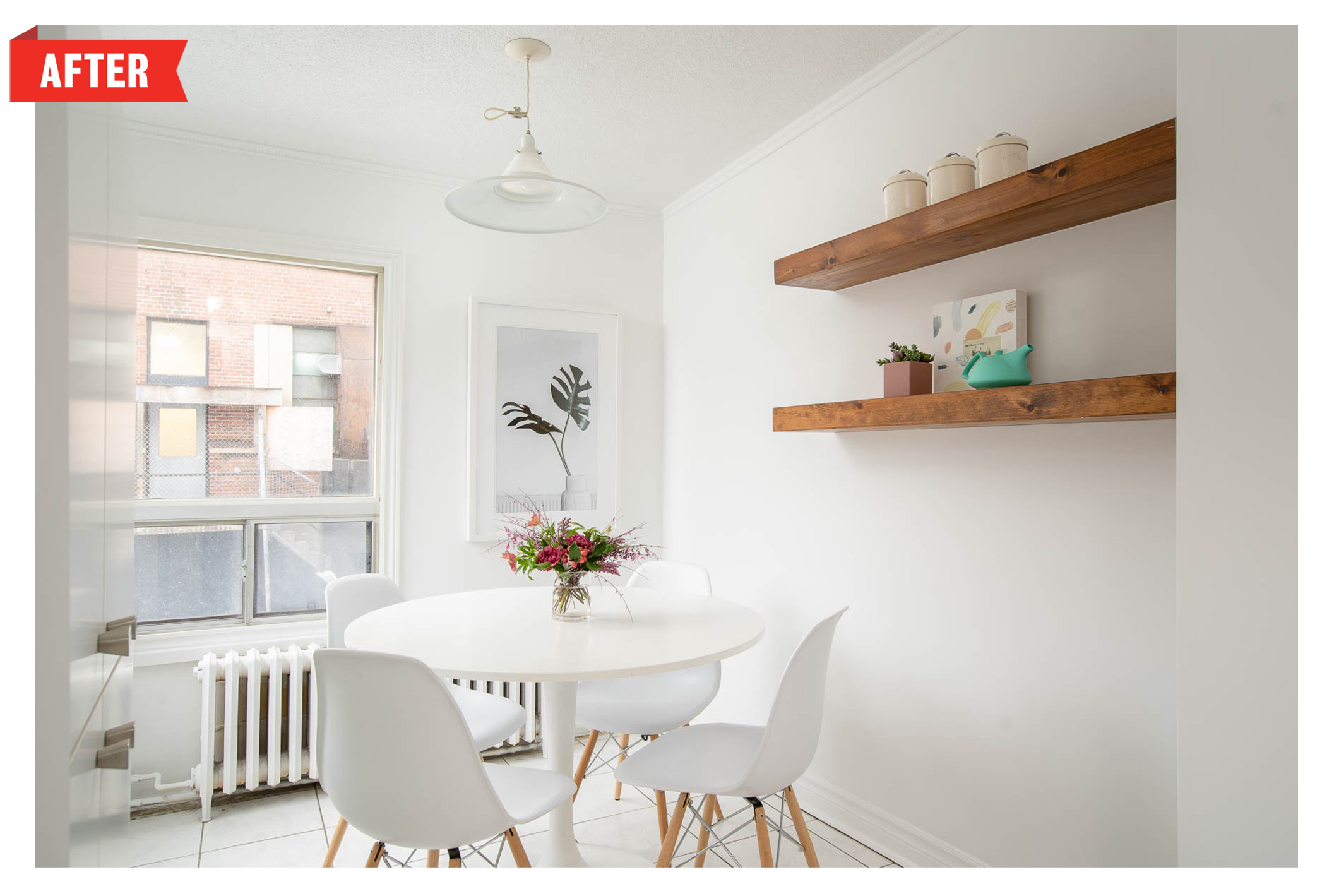 Designing this room in the lower unit was tricky. They needed to fit both a living and dining area into the space. They tried a few different layouts before settling on this one: 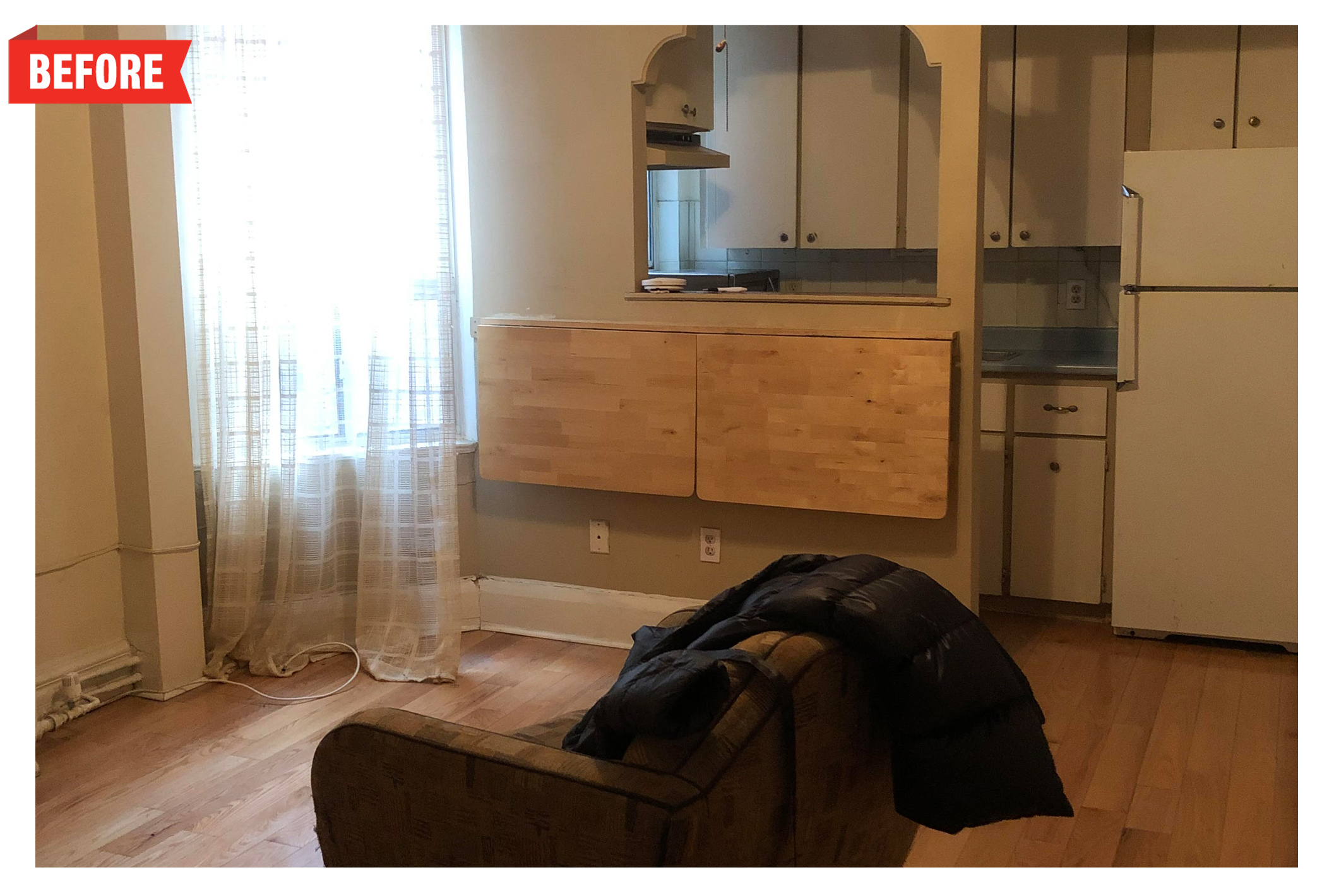 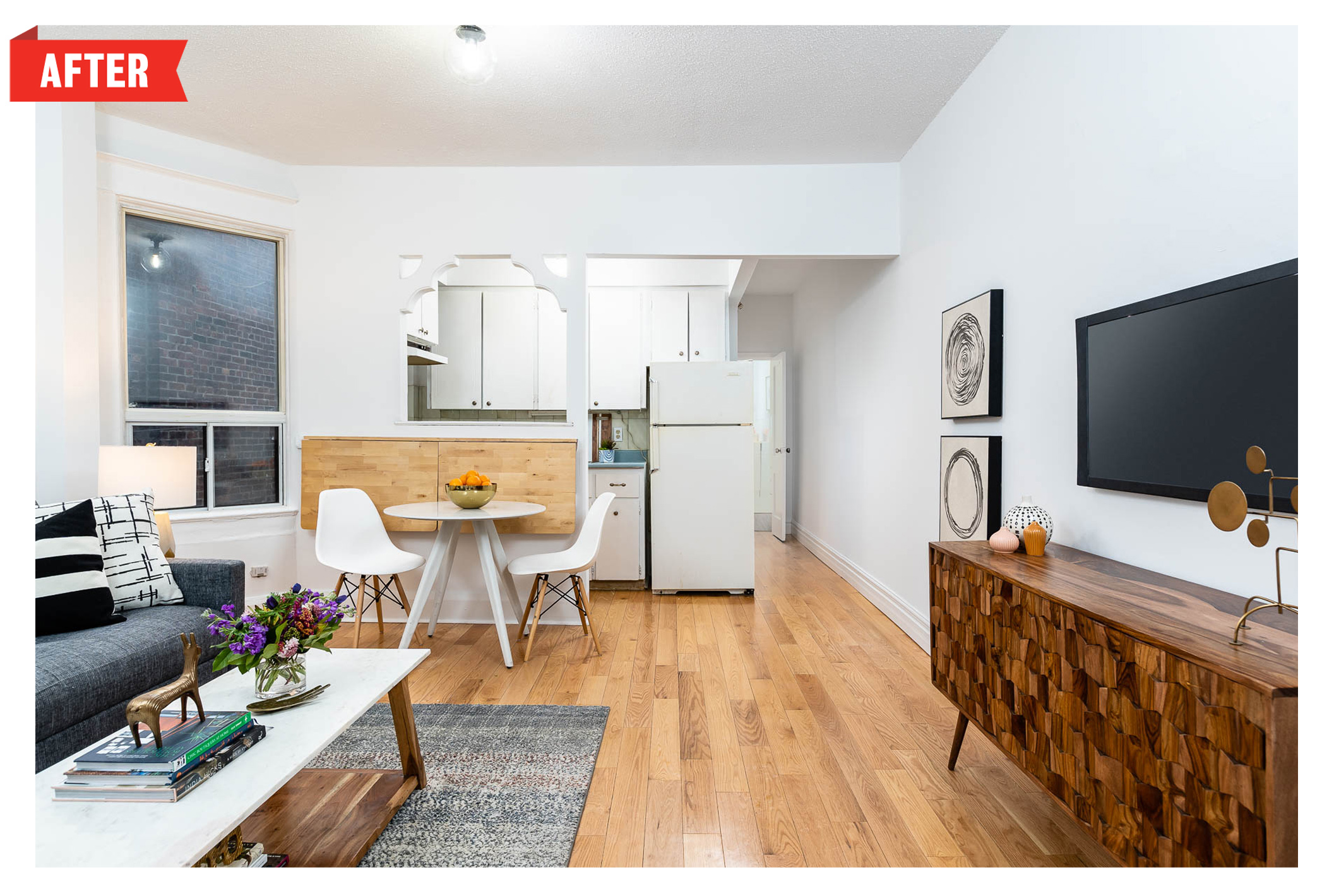 This room became an office with the addition of a desk: 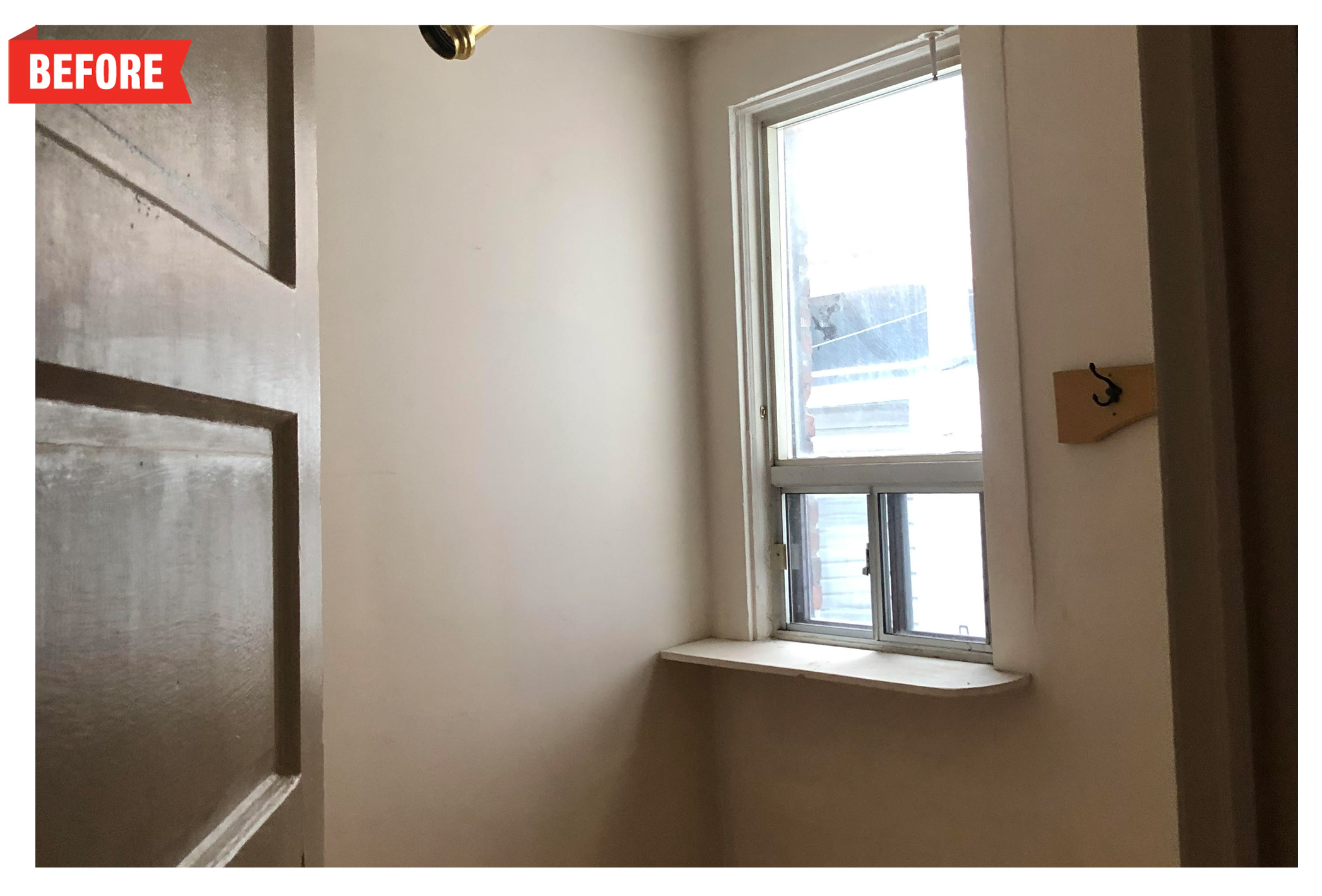 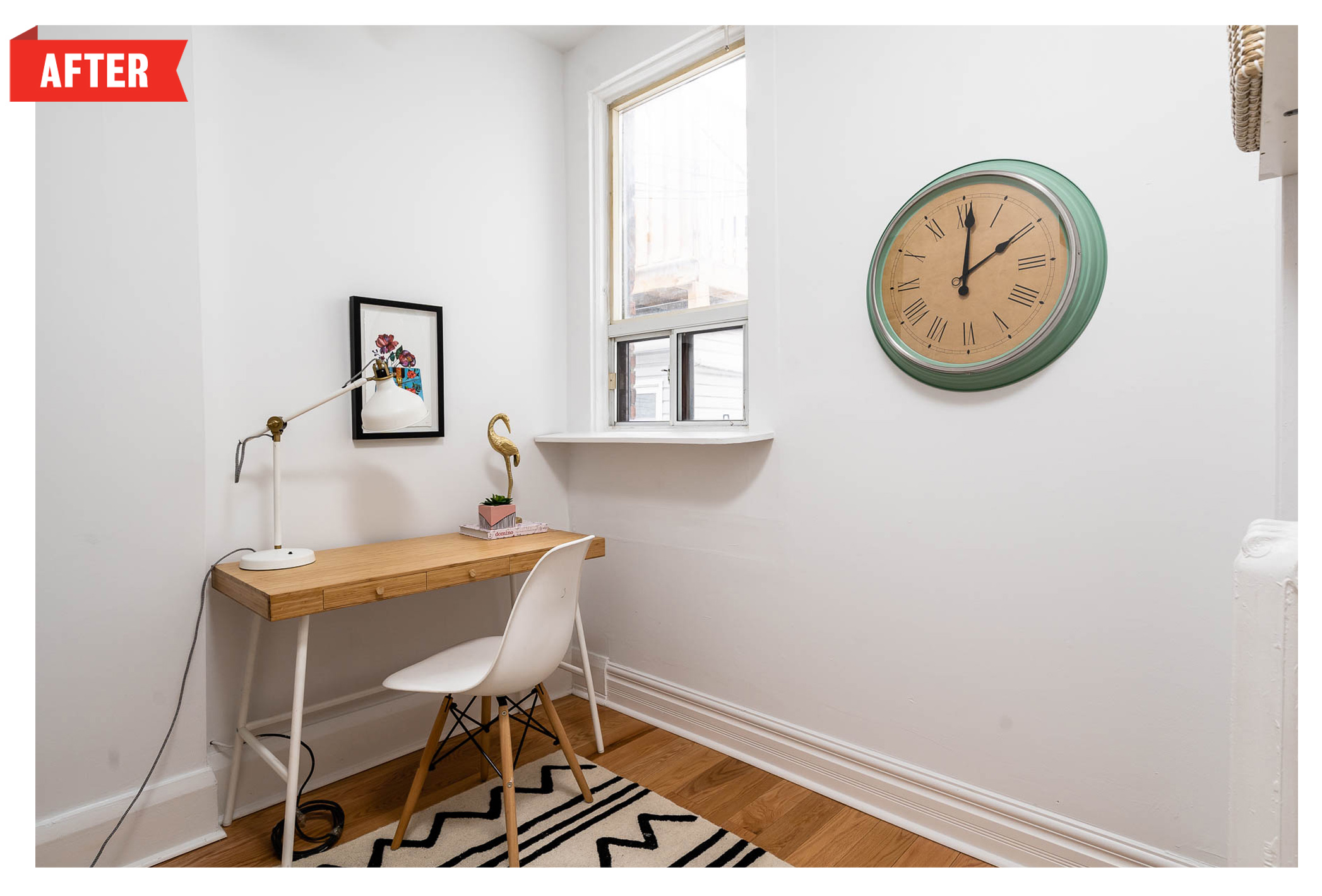 They wanted to make the lower unit’s bedroom very calming, so they incorporated some blue elements and hung some water-themed art: 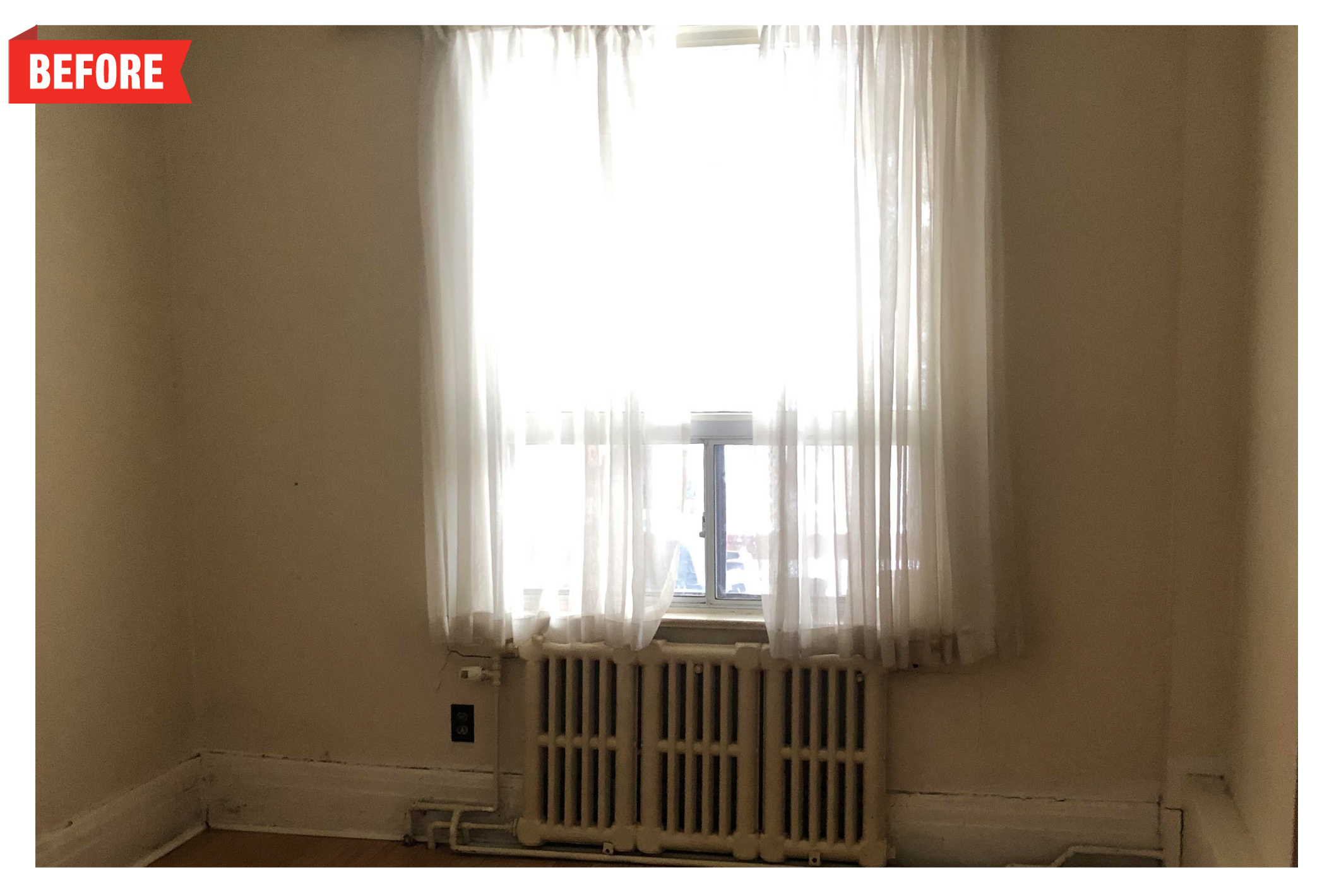 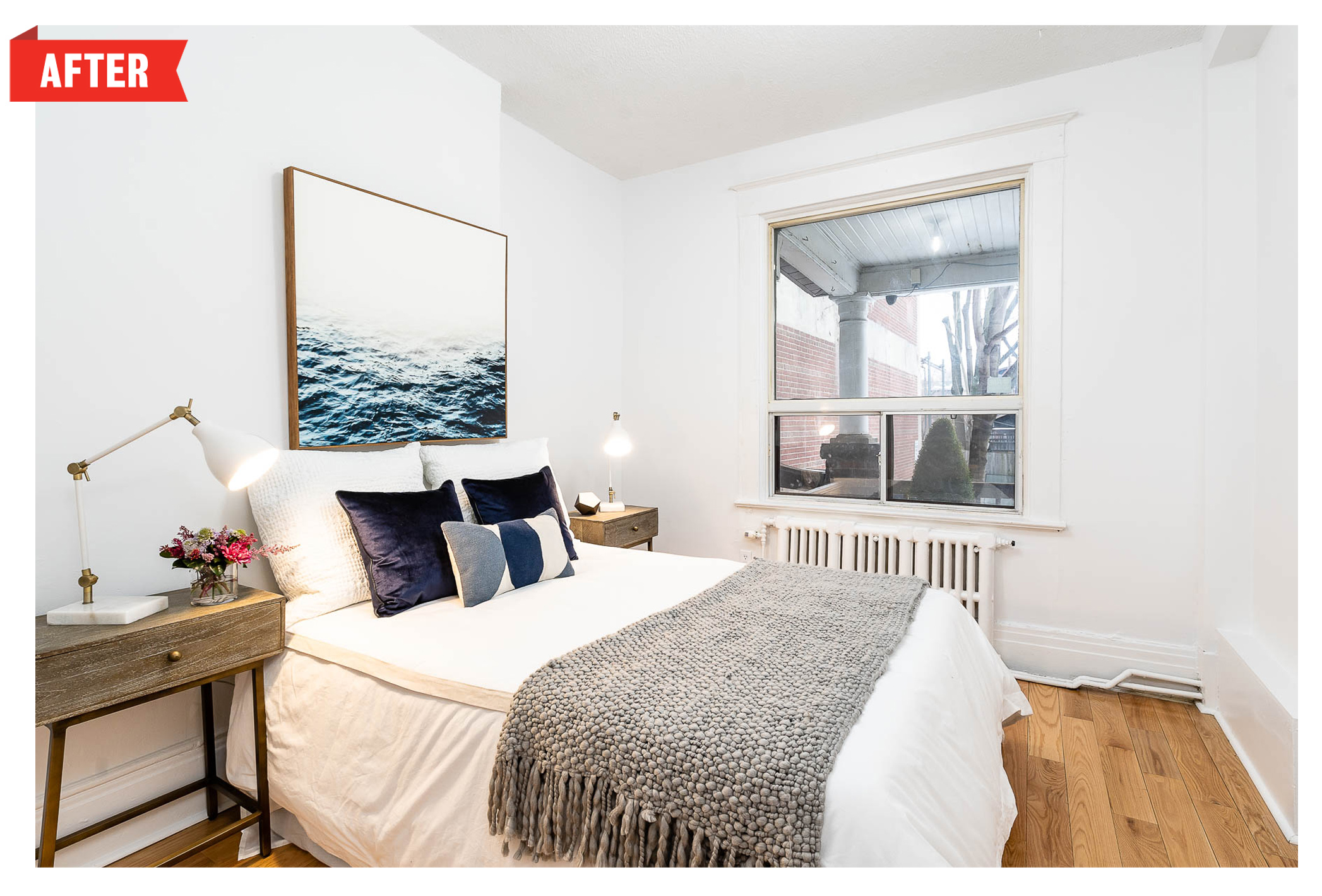