Live-work spaces: Inside the 3,000-square-foot studio of artist Maylee Todd

Live-work spaces: Inside the 3,000-square-foot studio of artist Maylee Todd 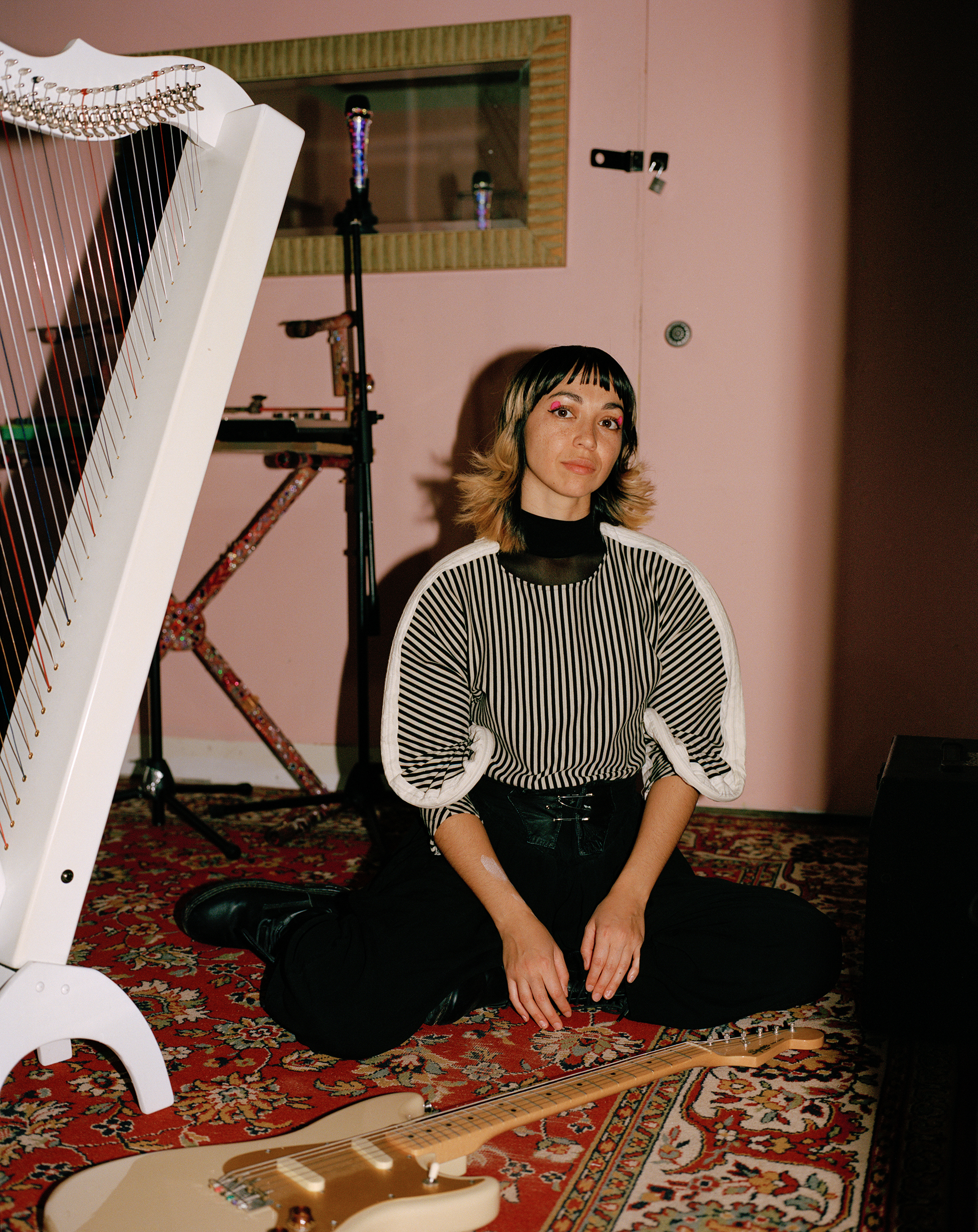 After her last album, Acts of Love, came out in 2017, Maylee Todd spent a year living nomadically while touring and travelling the world. When she returned to Toronto, she wanted to set up her own production house—a space where she could record music, produce content for clients, run workshops for other artists and host multimedia experiences. She put a call-out on Facebook for an “artistic loft” and found an unfinished, 3,000-square-foot space in a former boxing gym in Corktown. It was in rough shape, but Maylee didn’t mind. “I didn’t want a precious space,” she says. “I wanted to be able to cut wood and have paint hit the floor without freaking out.” She splashed a coat of white paint on the walls, carved some rooms out of the open interior and replaced most of the plumbing fixtures to make the loft livable. Then she filled it with piles of art and decor and brought in some other statement pieces, like a life-sized unicorn and a geodesic dome.

Maylee commissioned artist Roxanne Ignatius to create a soft, vulva-inspired doorway for her shows. It doubles as a sleeping bag, which Maylee often used while she was on tour. It now marks the entrance to a small backstage setup area: 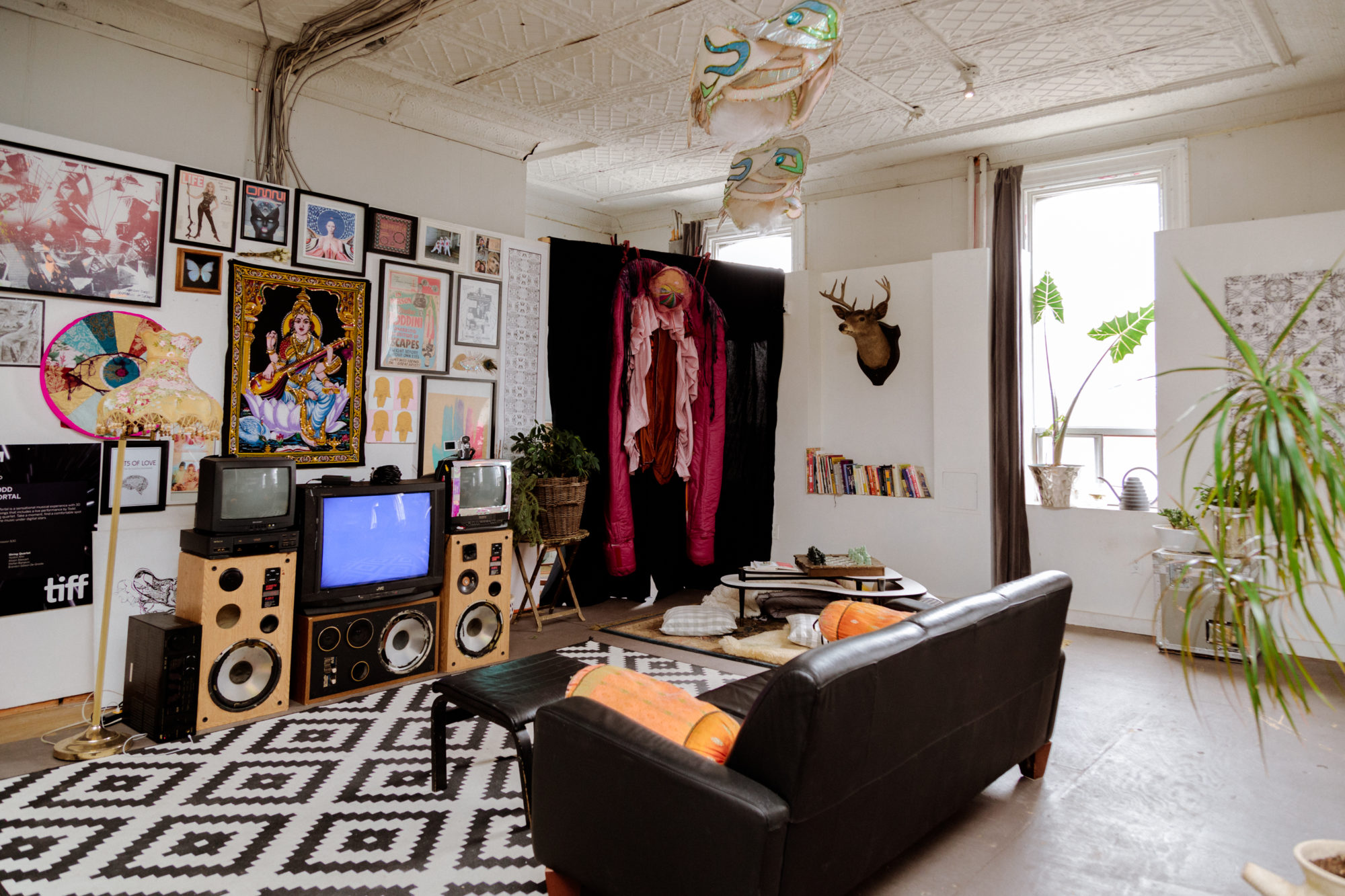 She sleeps in a very pink bedroom: 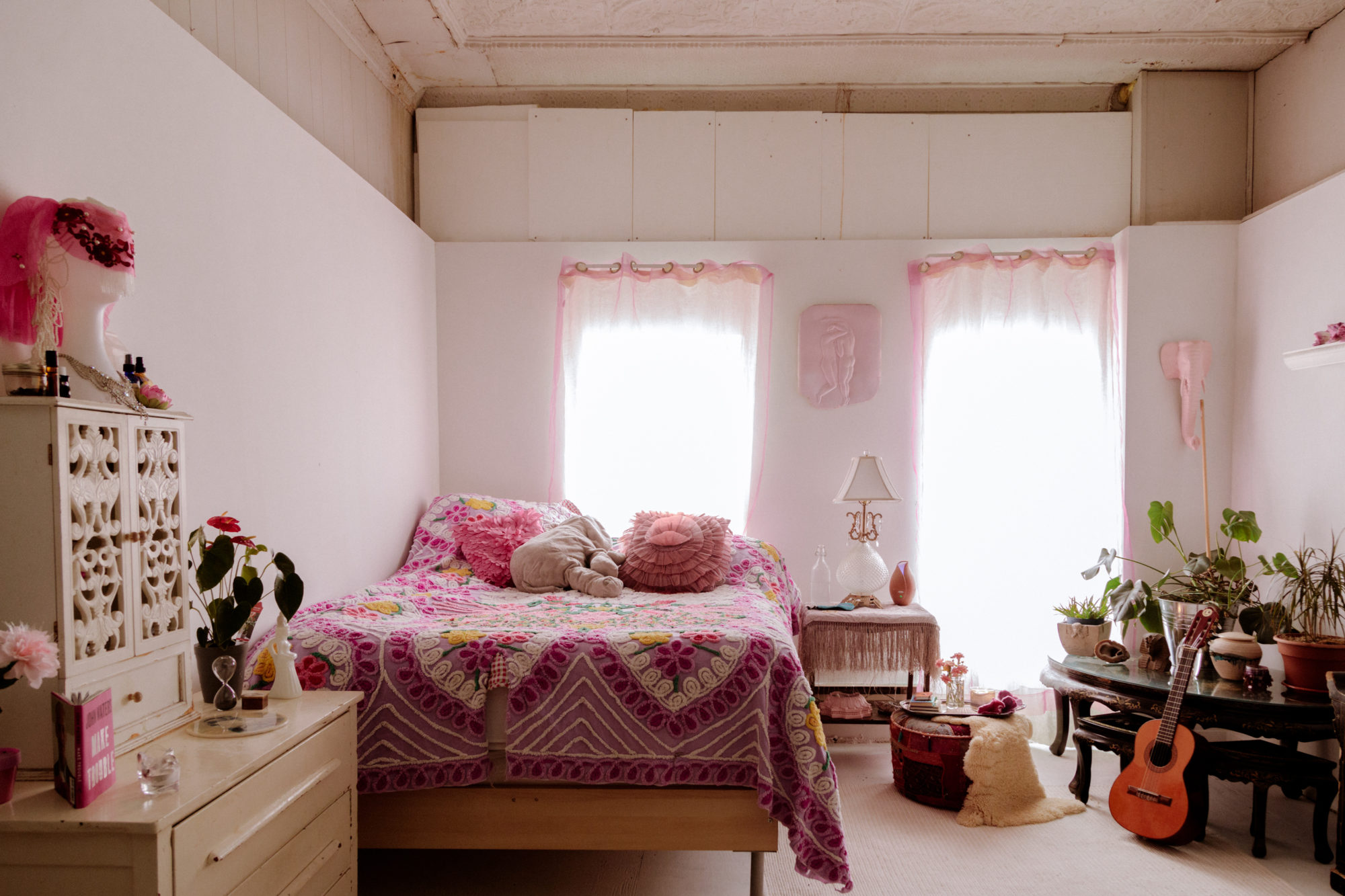 Maylee plays a bunch of instruments, including the harp. Her last album ended up on the Billboard charts in Japan: 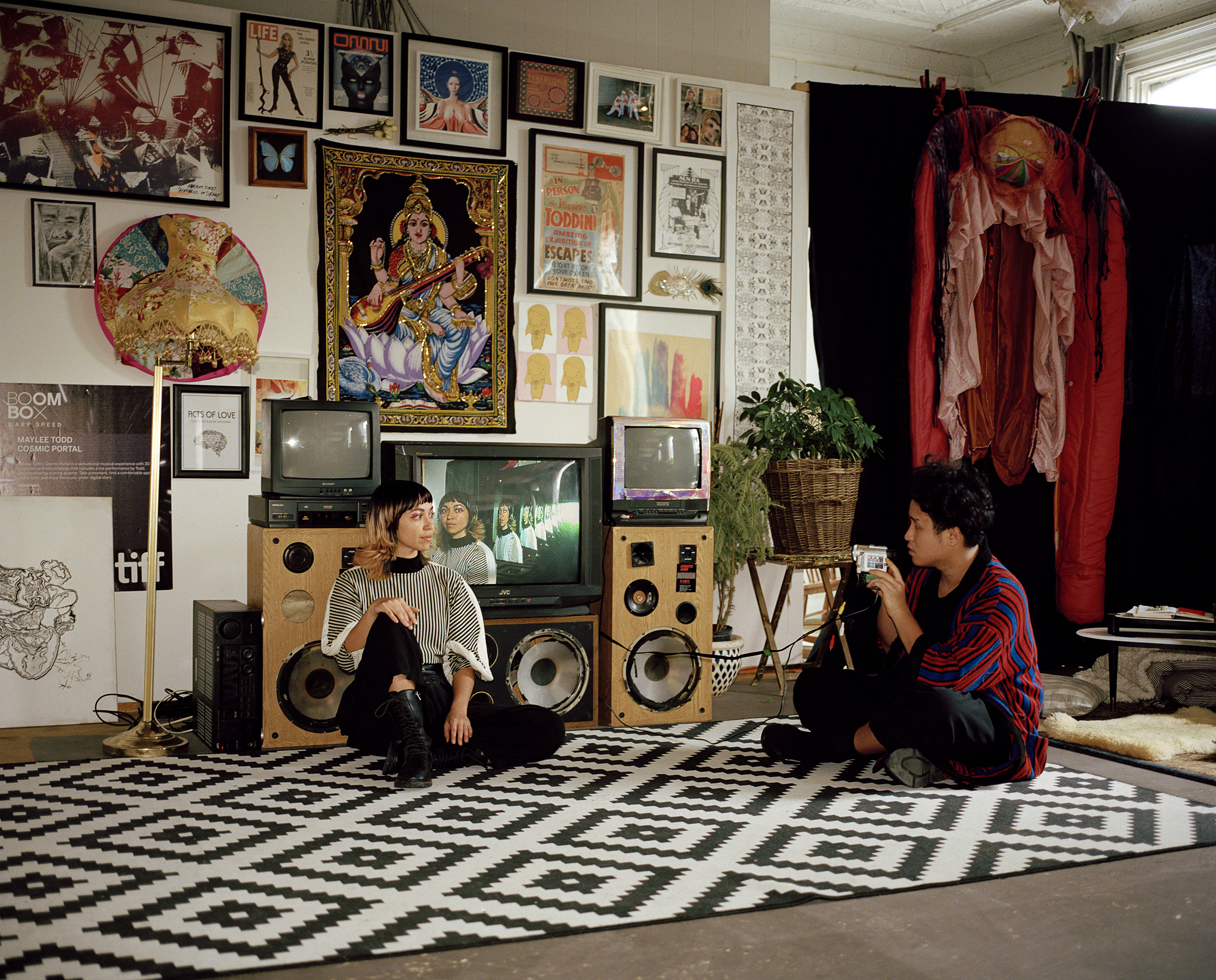 The geodesic dome is owned by a company called System Sounds. Maylee has been working with them on a few projects. Their goal is to teach astronomy literacy through music: 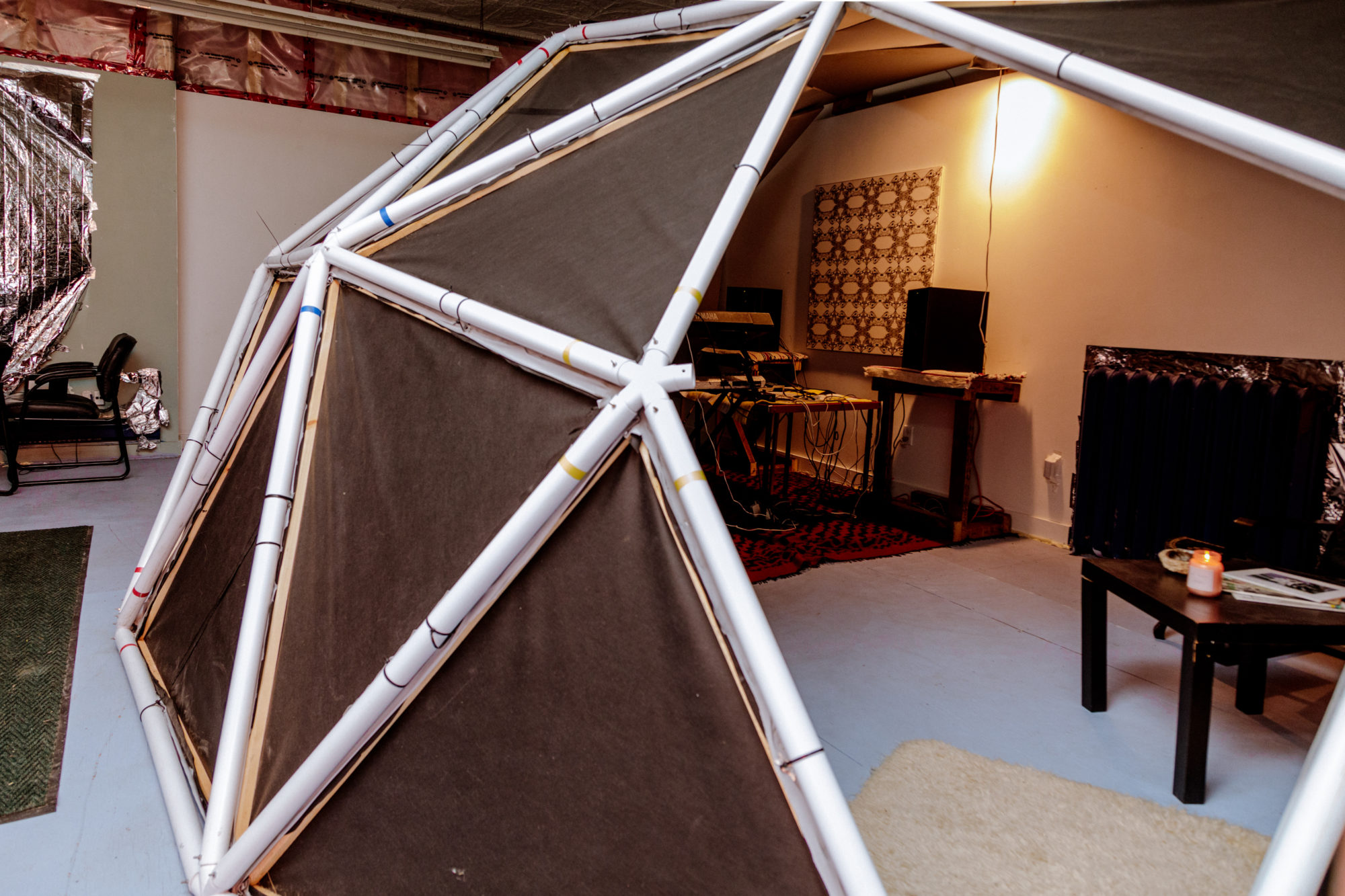 Maylee’s partner, an artist and musician who goes by the name Kyvita, set up his own studio inside the dome: 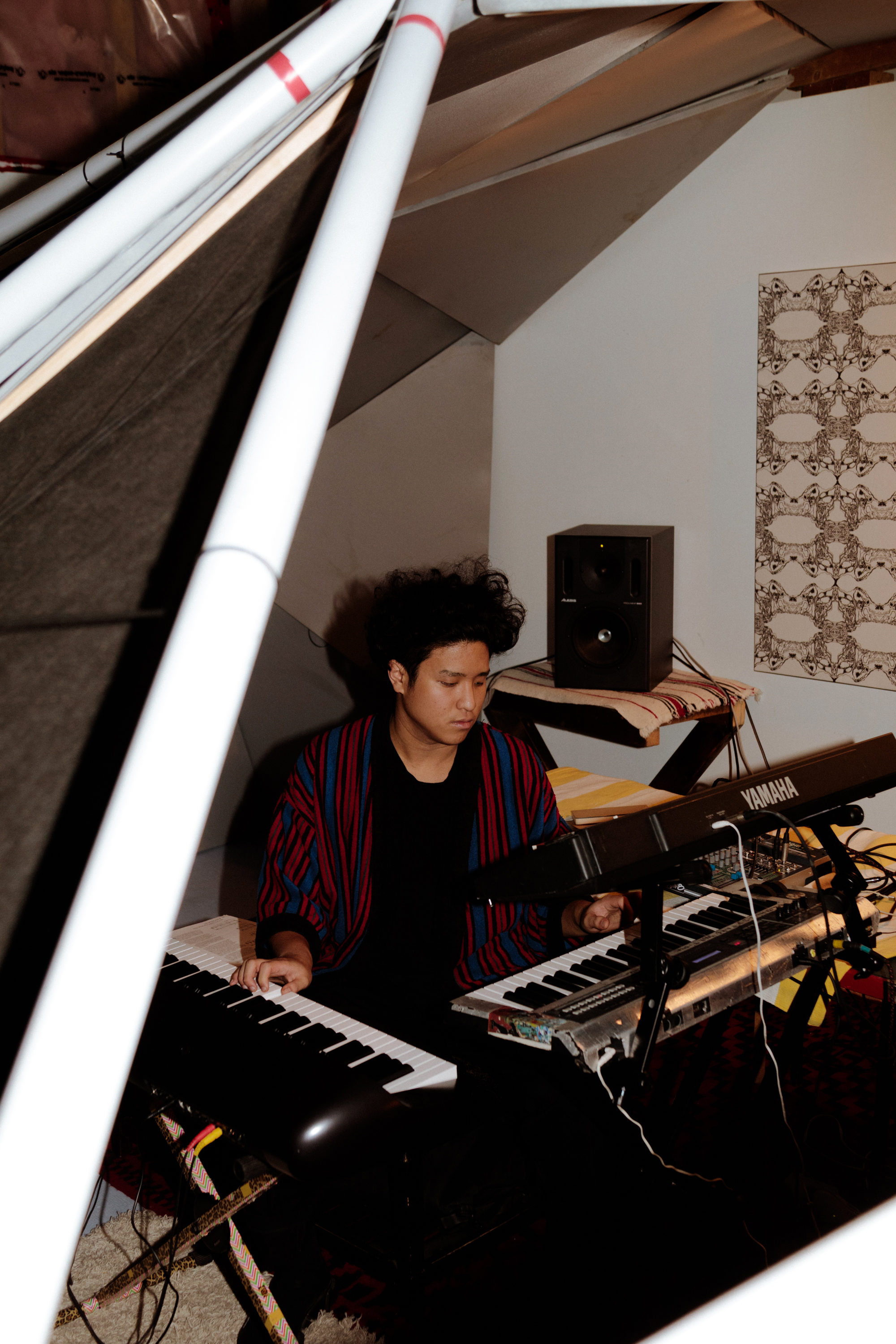 The unicorn was a collaboration with Absolut Vodka. He goes out to Pride every year: 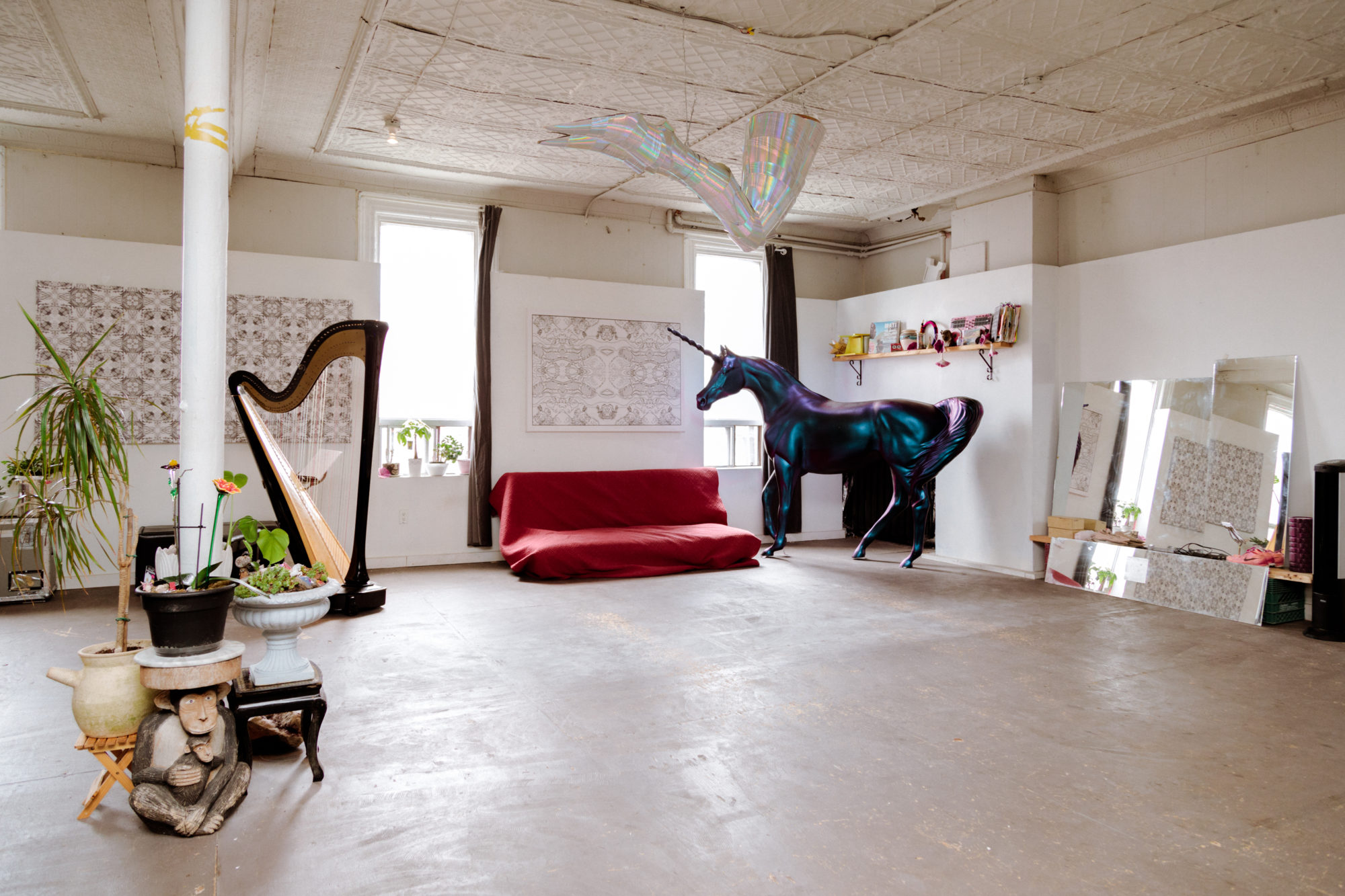