How a $500,000 laneway house went from a Hollywood rental to a no-cost retreat for nurses

How a $500,000 laneway house went from a Hollywood rental to a no-cost retreat for nurses

Before the pandemic, local contractor Zeke Kaplan rented out his three-bed, two-bath laneway house to fat-pocketed Hollywood types who were filming in Toronto. It cost roughly $5,000 a month to shack up at the 1,450-square-foot modern getaway. But when the pandemic hit, freezing international travel and much of the entertainment industry, Kaplan decided to offer the space free of charge to a much-different demographic—the health care workers risking their lives at Mount Sinai Hospital. 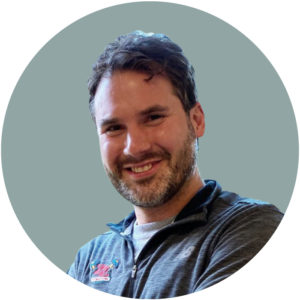 Zeke: In 2013, I bought a three-bed, two-bath Victorian near Bathurst and College for $838,000, pooling money with a few family members. In the back, there was a 1,450-square-foot laneway house, which dated back to the 1870s. It was more of a dilapidated garage, if anything. The place was in rough shape. It had a crumbling foundation and the basement leaked when it rained. We decided to renovate the primary residence and rebuild the laneway house, but it took a few years to plan everything and apply for building permits.

Construction started in 2018. We gutted and renovated the main house, reinforcing the foundation and adding a 500-square-foot addition. My sister now lives there with a few roommates. In the back, we tore down the old laneway house and built a three-bed, two-bath modern rental space. It’s two storeys. The split-level main floor includes the kitchen, dining room and living room, with big floor-to-ceiling windows that connect to a deck in the backyard. There are a couple of bedrooms on the upper floor. We wanted the place to have a luxurious vibe with high-quality finishes, so we used restored barnboard from the original structure on the exterior, added polished cement floors and installed solar-powered skylights. This type of build would typically cost more than $500,000. 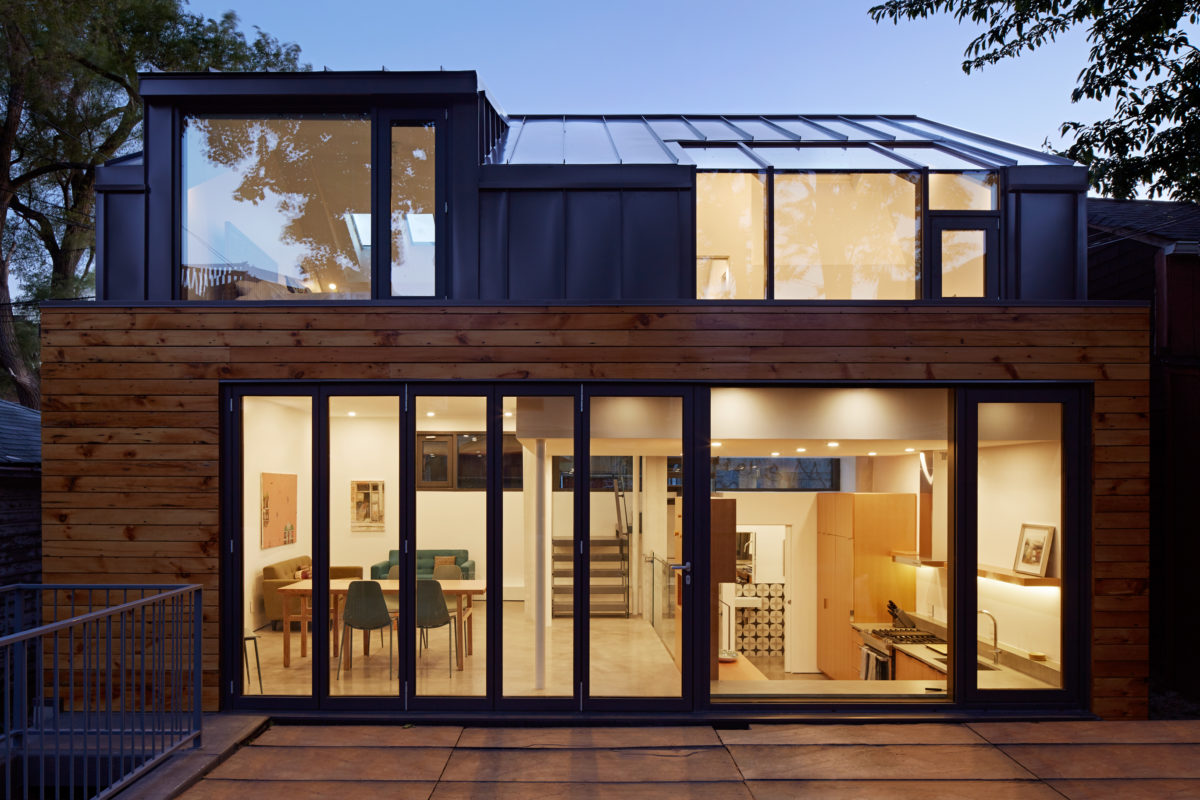 In 2019, after about a year of building, the place was completed and we started renting it out to people from the entertainment industry for about $5,000 a month. It ended up attracting a lot of Hollywood types, people from L.A. looking for a place while they shot a TV show or movie in the city. I have a close friend who is a partner at a talent agency, who connected us with some tenants from California. We had a television actor stay at the place with their dog, and a film director who was in town with their mother.

Then Covid hit. We had trouble finding tenants because both international travel and the entertainment industry were impacted. We went from having a fully booked property to an empty one. So we started to think outside the box. We’ve always stayed away from short-term rentals because of the high turnover, so that was out of the question. My mother had the idea that we should do something to help hospitals. Then the idea clicked: If the laneway house would be sitting empty, why not offer it for free to nurses and doctors on the front lines? I knew an emergency physician, Dr. Howard Ovens, who worked with the Sinai Health System. I decided to give him a call in early April. 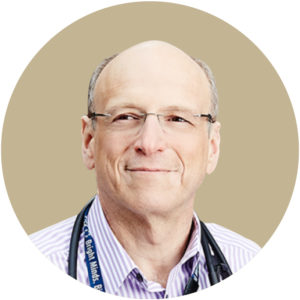 Howard: In the early going, there was a lot of uncertainty about the virus. We were afraid that the number of Covid-positive patients in hospitals would get overwhelming, like they did in New York and Italy. We weren’t sure that our supply of PPE would hold out. In other facilities in the country and elsewhere in the world, a lot of health care workers got sick, so staff within the Sinai Health System were afraid they’d take the virus home to their families. We have a lot of staff, particularly nurses, who commute fairly long distances—from places like Grimsby or Peterborough. Many of them can’t afford to live in Toronto, or they live farther away for other reasons. So our medical staff tried to find ways to stay closer to work so we could have all hands on deck and keep our families safe.

I was part of a team that helped coordinate temporary accommodations for health care workers. In mid-March, there was a groundswell of support from people outside of our organization. We got offers for everything, including PPE, meals and accommodations. I heard from Zeke soon after that. He made a gracious, philanthropic gesture, offering his laneway house for free. It was located just a 20-minute walk from Mount Sinai and could provide housing for up to three nurses at a time, which was crucial. We had nurses lining up to move in right away. Between March and June, five nurses ended up staying there. Seema Rahim, a 35-year-old fertility nurse, was one of them.

Seema: Before the pandemic, I was commuting to Mount Sinai from Richmond Hill, where I lived with my parents. My commute, there and back, usually took at least two hours a day. I was working in an educator role at the Mount Sinai fertility clinic. When Covid hit, my job pivoted to Covid safety education, which included training reassigned staff to use new vital-signs machines. I knew that my hours would be longer and I would need to work in areas of the hospital treating Covid patients, so my risk of contracting the virus was higher. Naturally, I was concerned about the level of risk I would pose to my family. It was important for me to find a place to stay downtown so I could be closer to work. 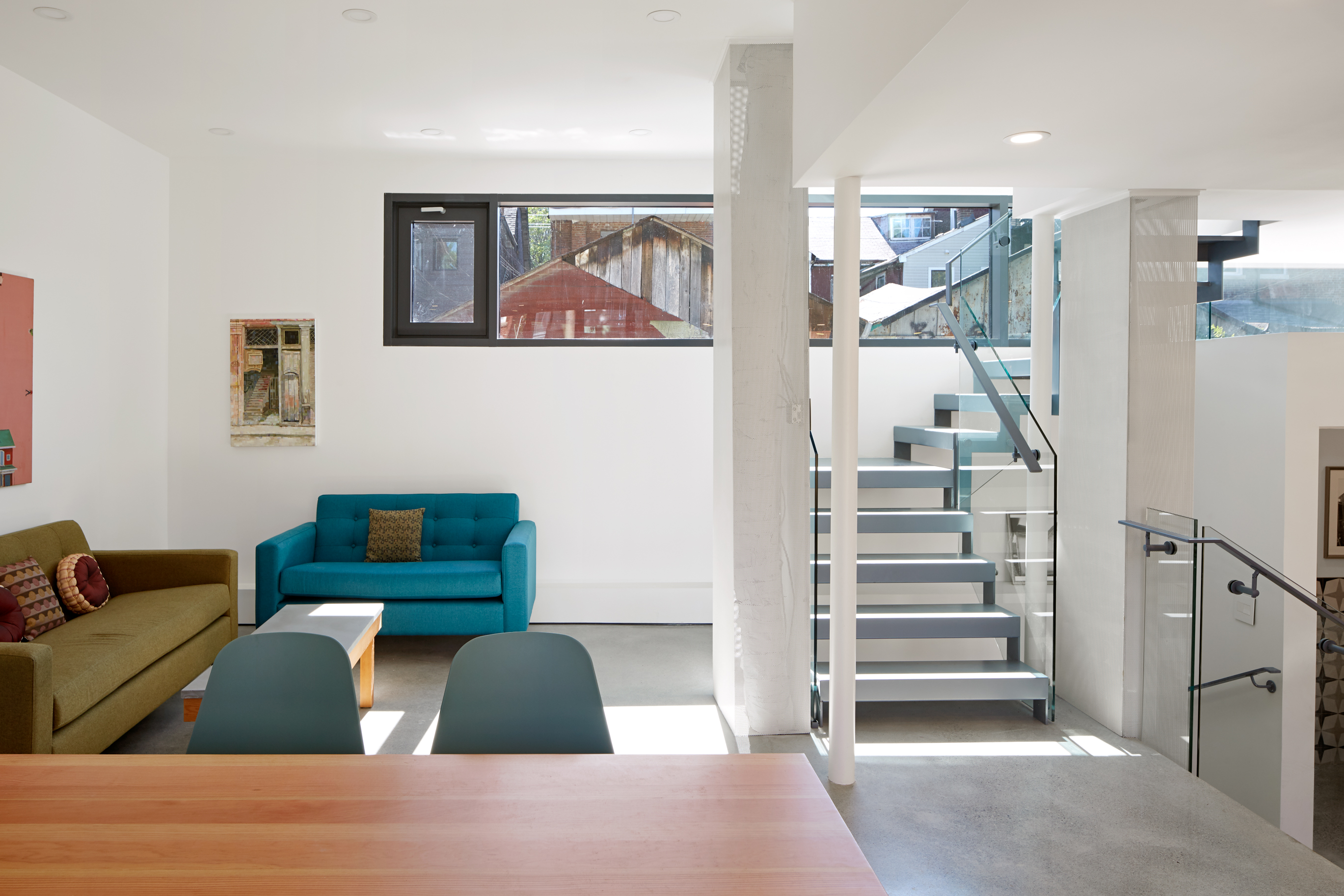 In March, I reached out to an Airbnb host, saying I was a health care worker in need of accommodation. They offered me the place—originally listed for more than $3,200 a month—for just $1,400. But they said the discount would only apply for month. After that, I would be expected to pay the full price, which I couldn’t afford. 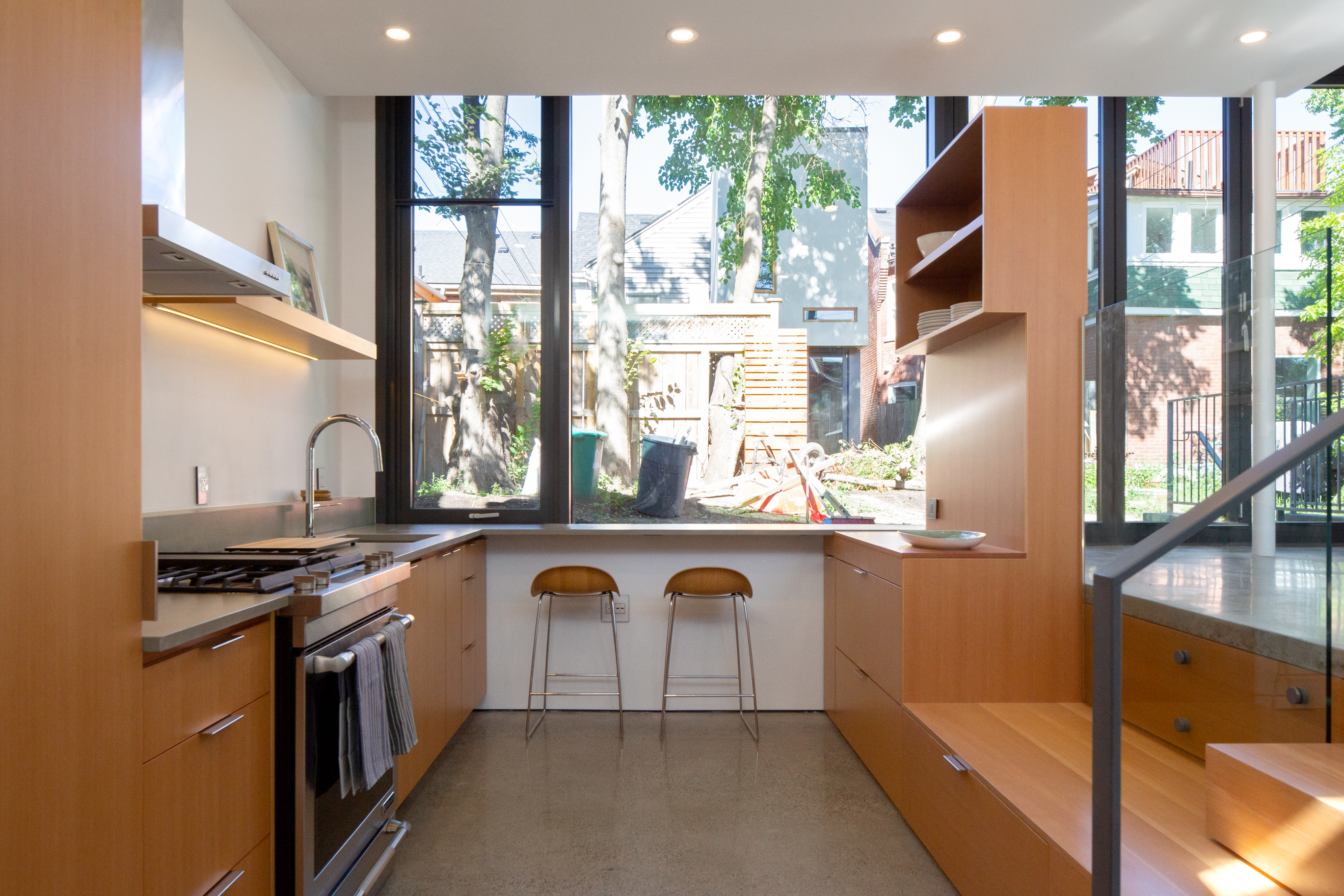 That’s when Dr. Ovens told me about Zeke’s property. I reached out to Zeke right away. I didn’t even know what a laneway house was at the time. I had no idea what to expect. On April 29, when I finally moved in, I was astonished. It was a beautiful place in an adorable little community near Harbord Village.

As expected, my hours at Mount Sinai increased. I was working early-morning shifts, for 10 to 12 hours, Monday to Friday. Some weekends, too. The laneway house made a huge difference. From a personal perspective, I had peace of mind knowing that I wasn’t putting my family at risk. And from a work perspective, I was more accessible. Even on my days off, I was available if needed and could pop in to the hospital at a moment’s notice, without worrying about the commute. There were reduced parking fees around the hospital if I wanted to drive, or I could walk there in about 20 minutes. 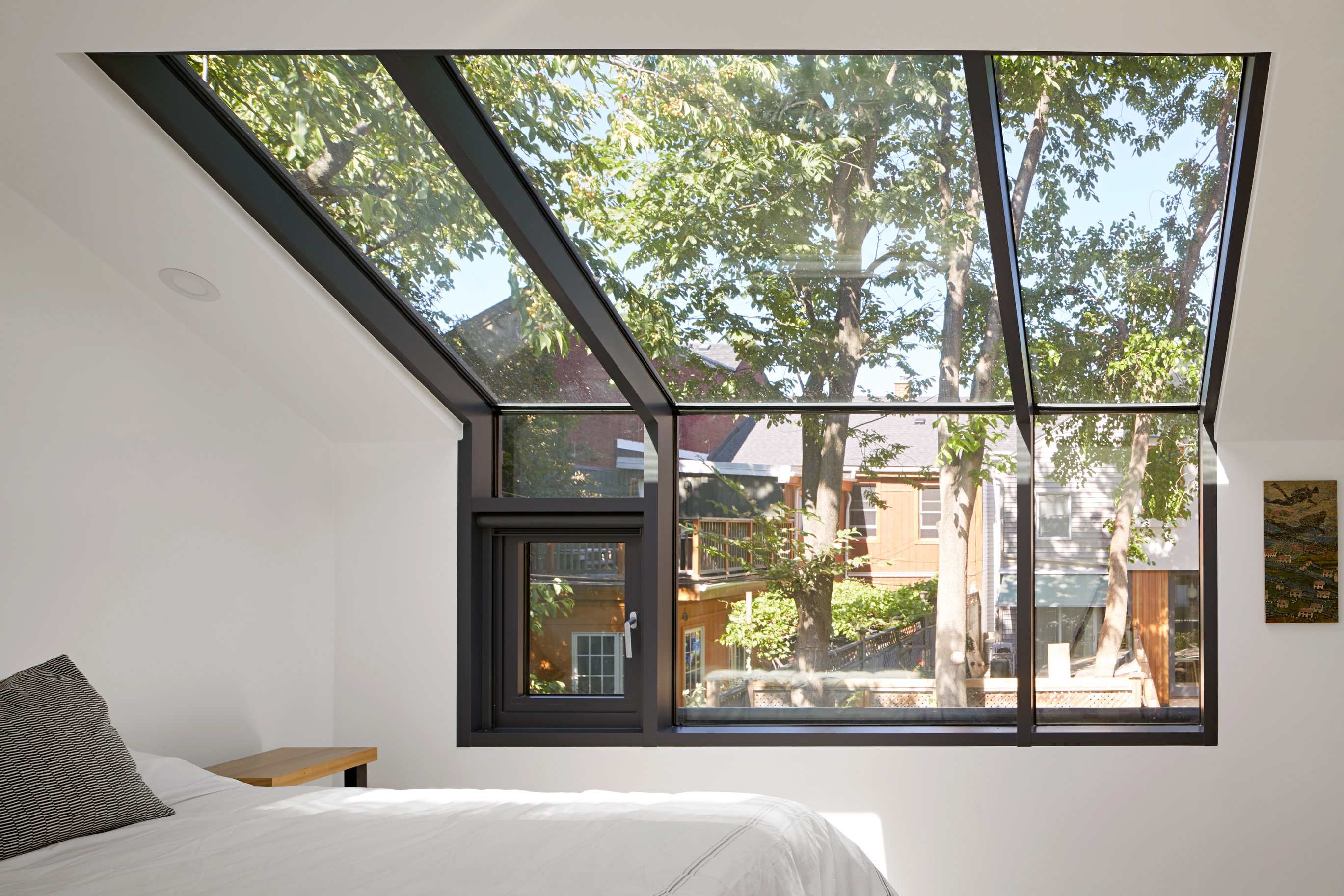 Most of the time, I was there by myself, sleeping in one of the upstairs bedrooms, but on three different occasions, other nurses who had been redeployed to the main hospital stayed in one of the other bedrooms. It was a tiring, crazy period, but we were able to socialize a bit and even ate dinners together while keeping our distance. The split-level floors provided some privacy. When one person used the kitchen, for instance, the other could hang out in the dining area.

When cases started to drop in July and staffing needs decreased, I moved back home for a few months. As the second wave gets larger, I’ll look at moving back downtown to reduce the commute and the risk to my family again. 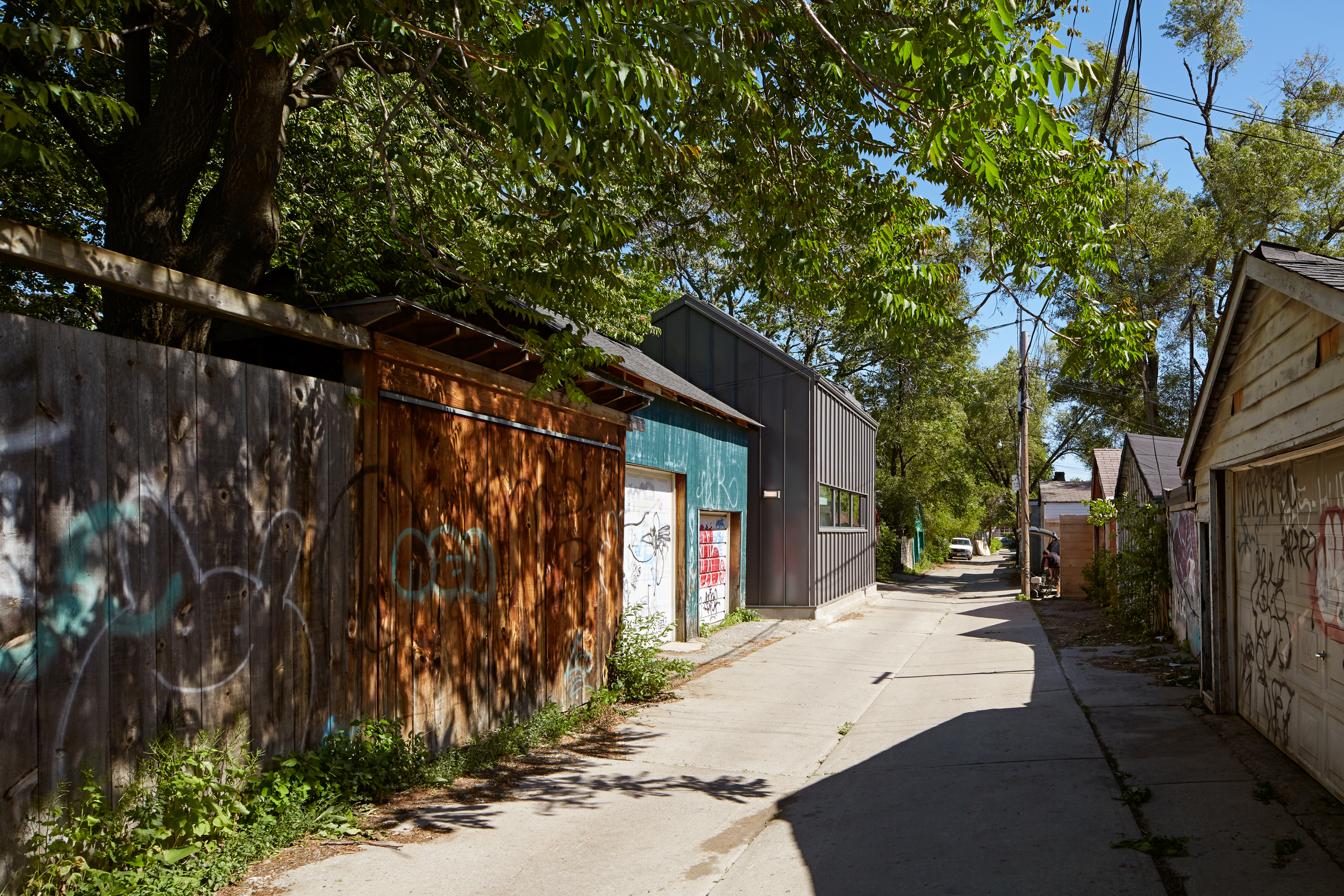 Zeke: After Seema moved out, we hired a cleaning company to sterilize the space and keep it empty for a five-day period. Five days was probably a bit much, but we wanted to err on the side of caution for our tenants’ safety. In mid-August, a couple who needed to be close to the hospital for family reasons moved in. We’re renting it out to them for about half what we’d normally charge.

Like everyone, we don’t know what the pandemic has in store for the winter. There’s no sign that the borders will reopen for our typical Hollywood tenants any time soon. For now, we’re just happy to provide space for someone who needs it.