Owning a private, landscaped backyard used to be an achievable goal for a great many people in Toronto. Today, many starting homebuyers with horticultural ambitions have to make do with whatever outdoor space is afforded to them by their condo balconies.

Balcony gardens often look a little sad compared to their counterparts at ground level, but it doesn’t have to be that way. Stanley Luk, a 41-year-old landscape architect who lives with his partner in a third-floor condo near Jarvis and Wellesley, has managed to turn his 300-square-foot terrace into a green, leafy retreat that would make any backyard gardener jealous.

Luk started gardening on his balcony five years ago. There was a significant up-front investment. He says he spent about $4,000 on pots and other startup materials during his first season. But upkeep has been relatively inexpensive: it costs him about $400 per year to buy all the annuals that bring the garden to life during the spring and summer. And he finds that there are some significant advantages to gardening on concrete, rather than on terra firma. “Because you’re working with pots,” he says, “you can customize the soil, and put together kinds of plants that you wouldn’t normally be able to mix together on the ground.” Plants that don’t play well together, or that fail to thrive in a particular spot, can be moved with ease. But there’s also a drawback: “Watering is an issue. I can’t go on holidays in the summertime.”

Luk says the secret to having a lush condo garden is using plants of different heights to create a continuous wall of green. Because his balcony gets plenty of morning light, he’s able to use a wide variety of different shrubs and flowers. Here, ferns and blue hydrangeas fill out the lower levels, while two trees, a birch and a Japanese maple, dominate the top of the arrangement. The trees have survived five winters on the balcony, both because the area is well protected from wind, and because Luk swaddles them in protective wrapping when the weather gets cold: 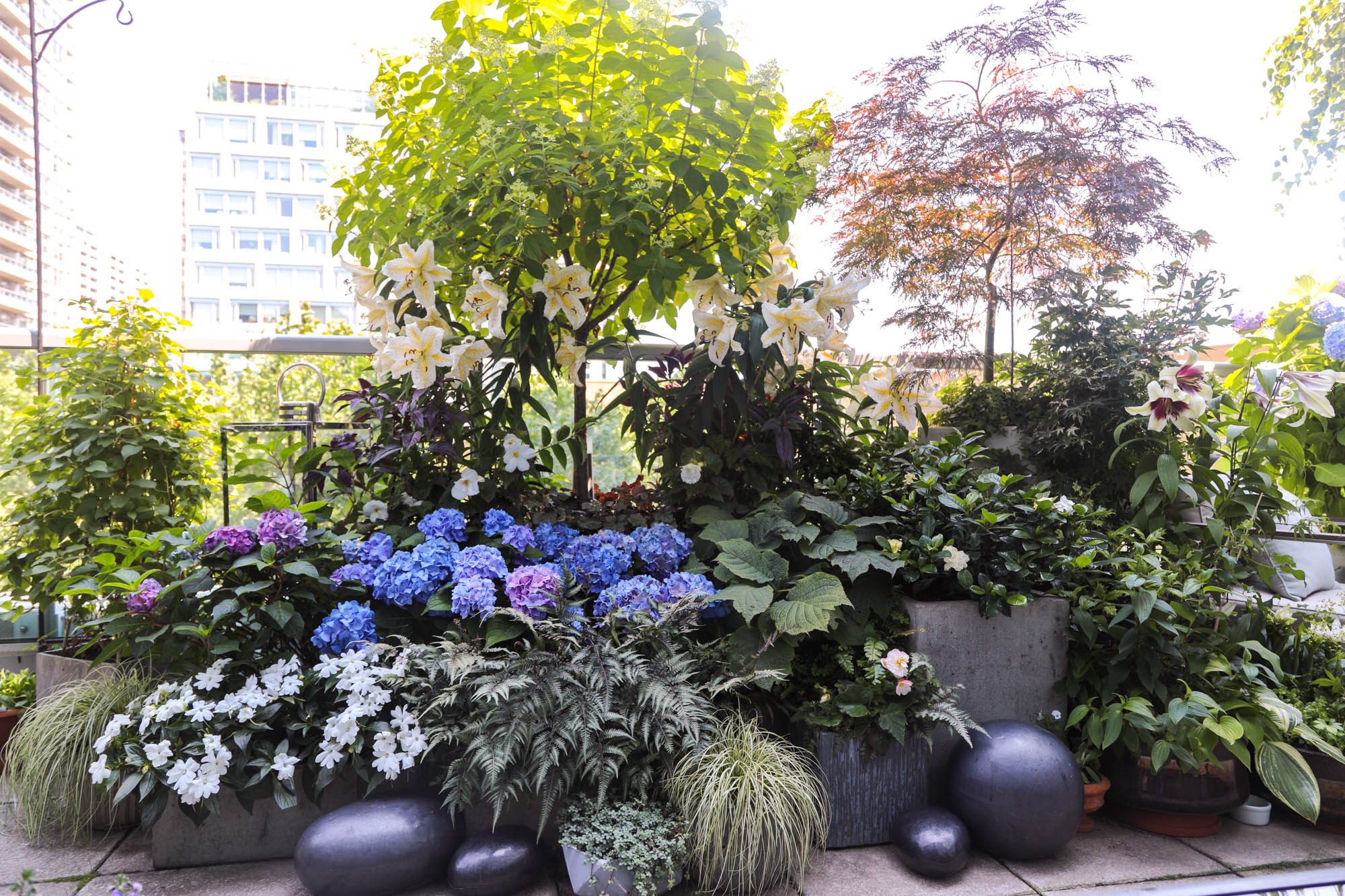 For mid-summer splashes of colour, Luk uses a few different varieties of lily, including these Oriental lilies: 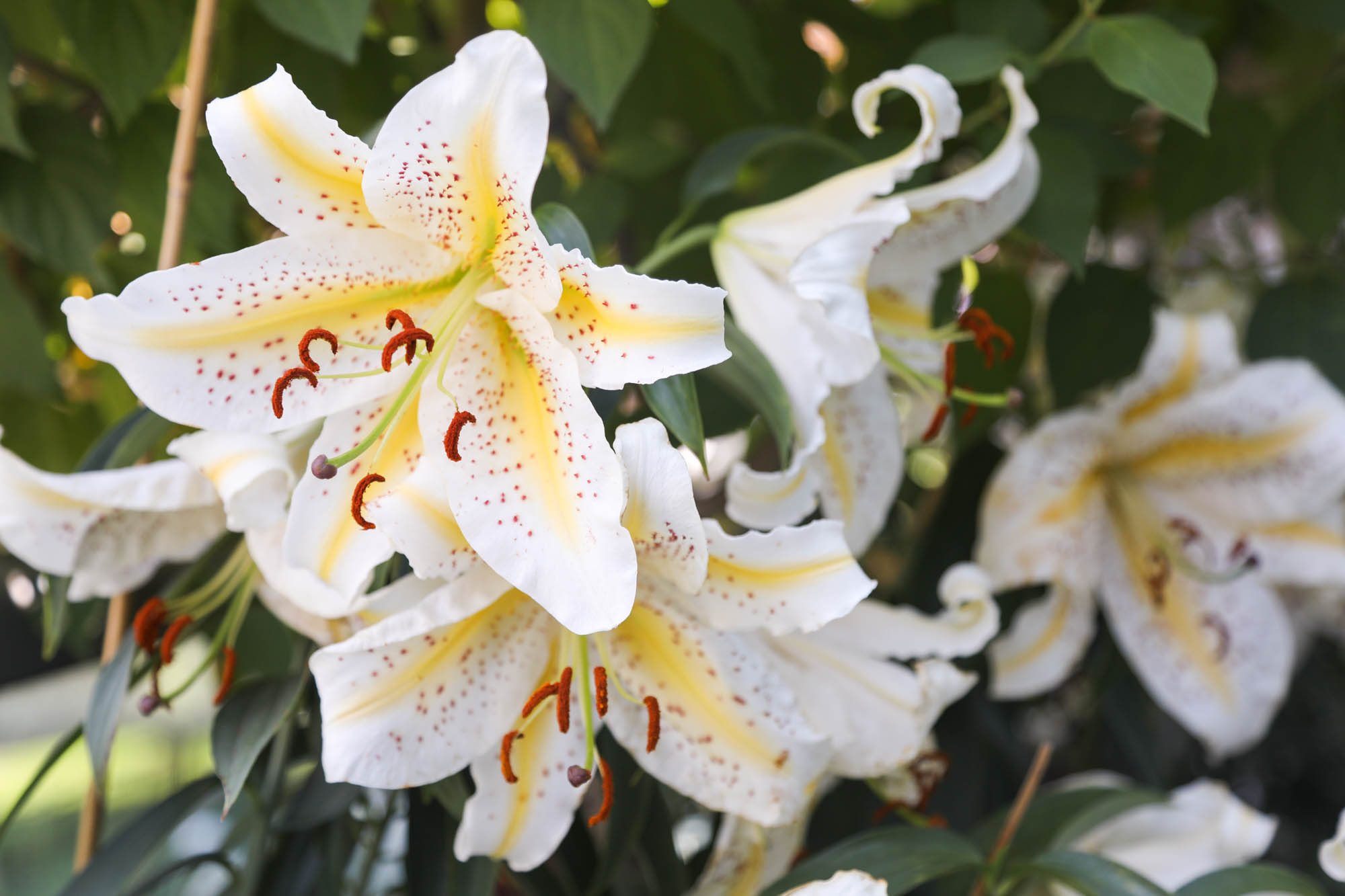 Small creeping plants, like this grey artillery, fill out the garden’s lowest level: 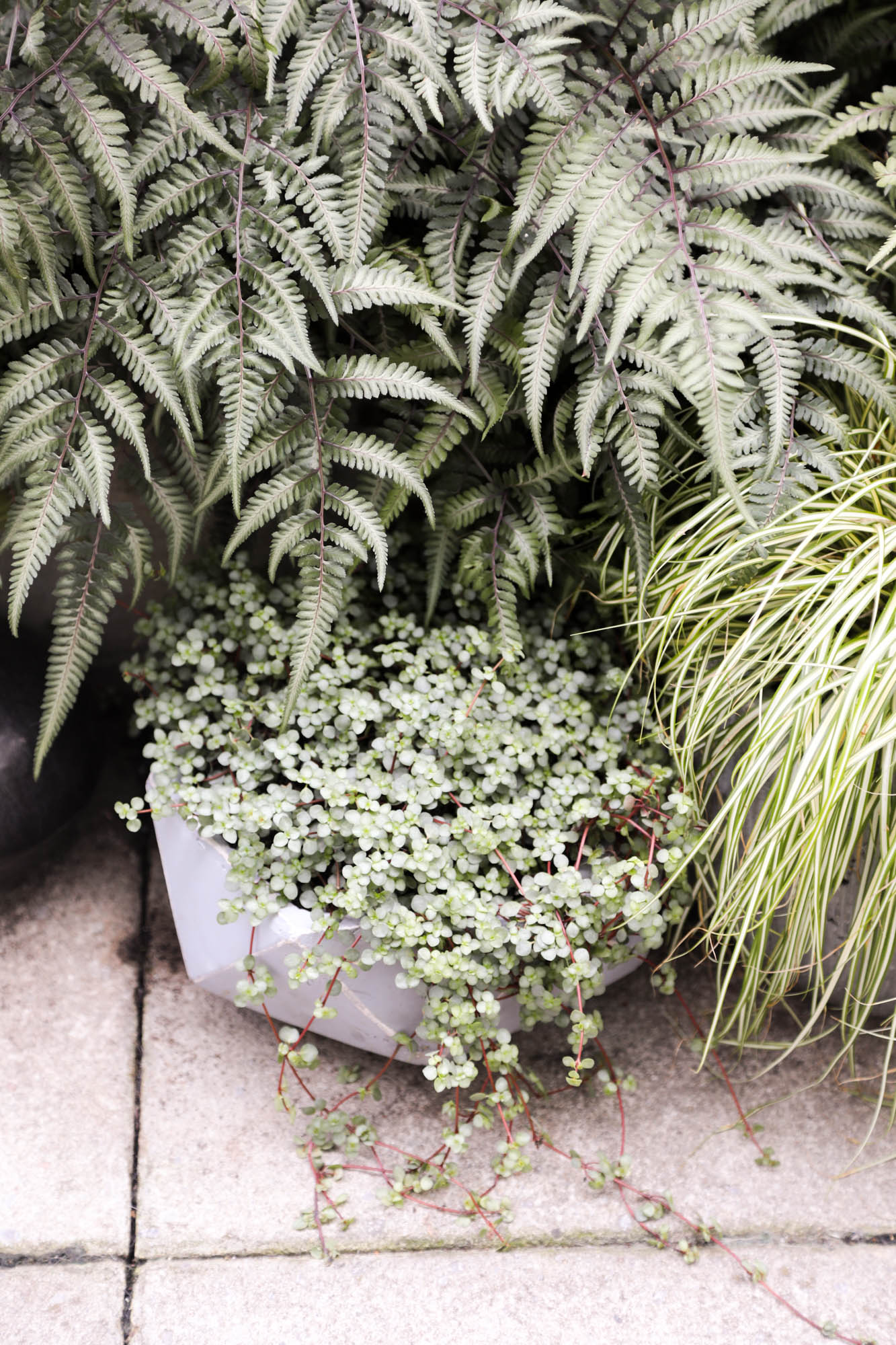 “I water every day. It’s my meditation. I go out there every day, and I just lose myself in the garden for an hour or so. And more on the weekends, of course,” says Luk: 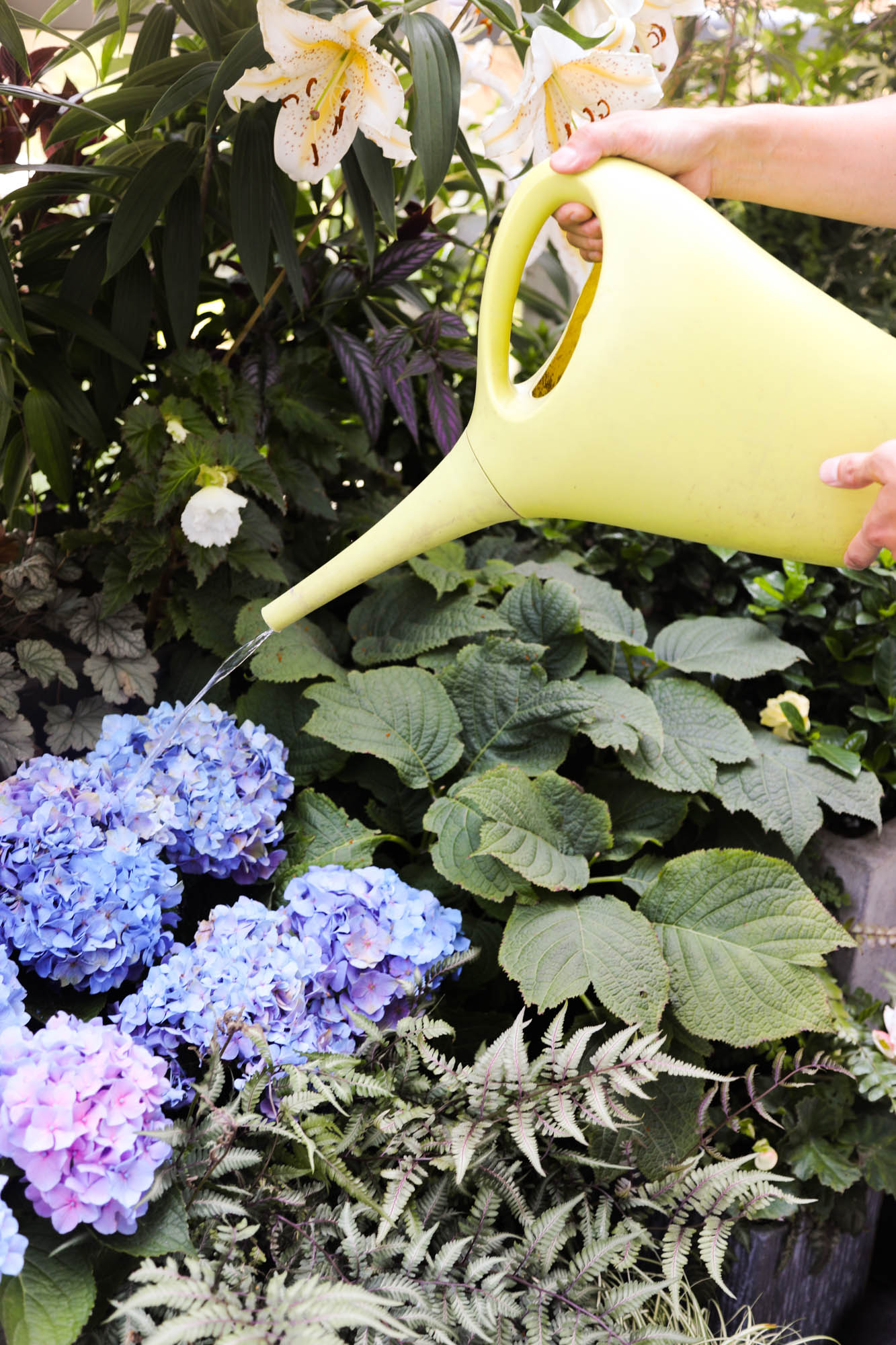 Luk says this year’s weather has been tough on his tomato plants, but in past years he’s been able to harvest plenty in July and August: 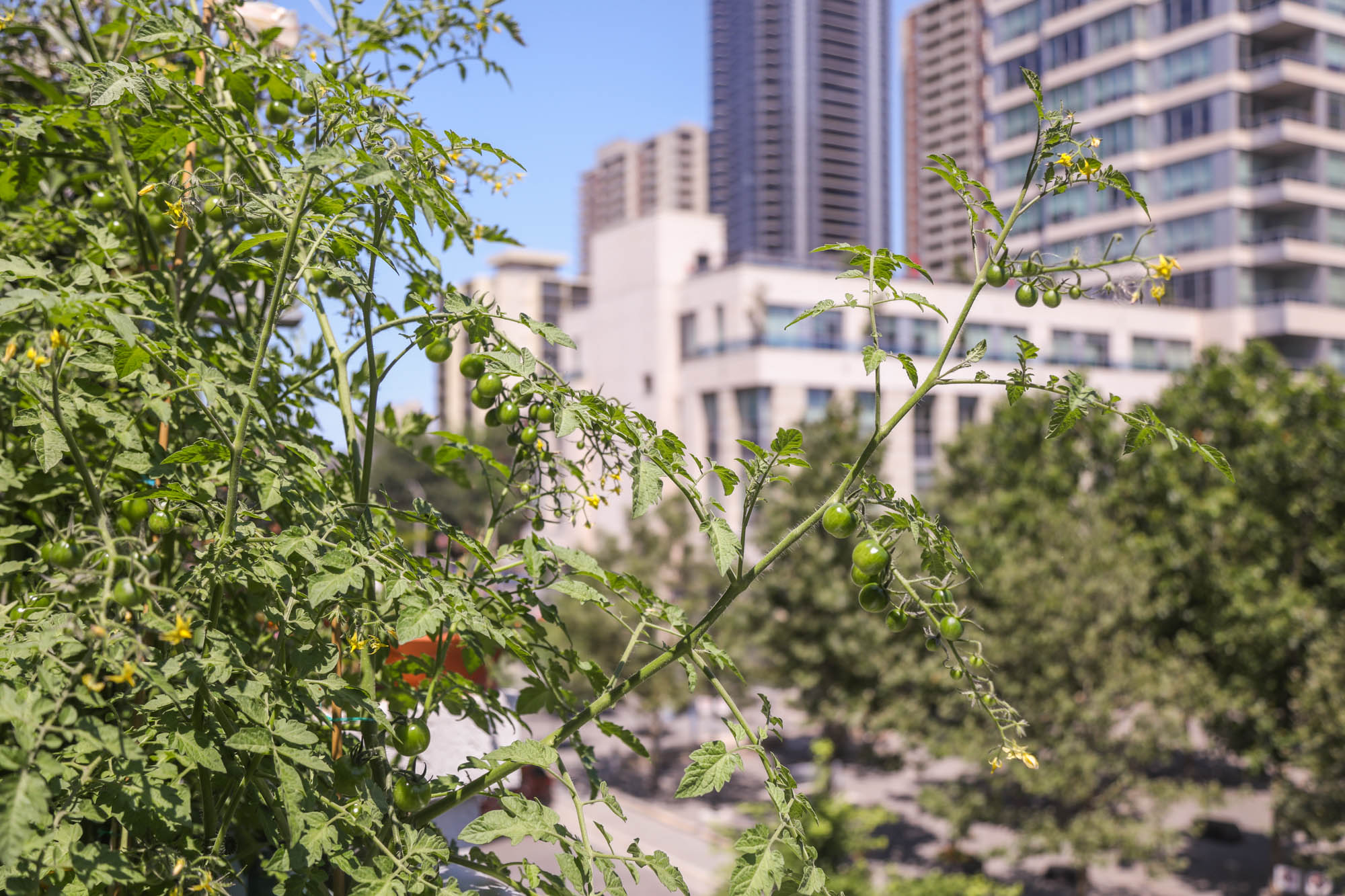 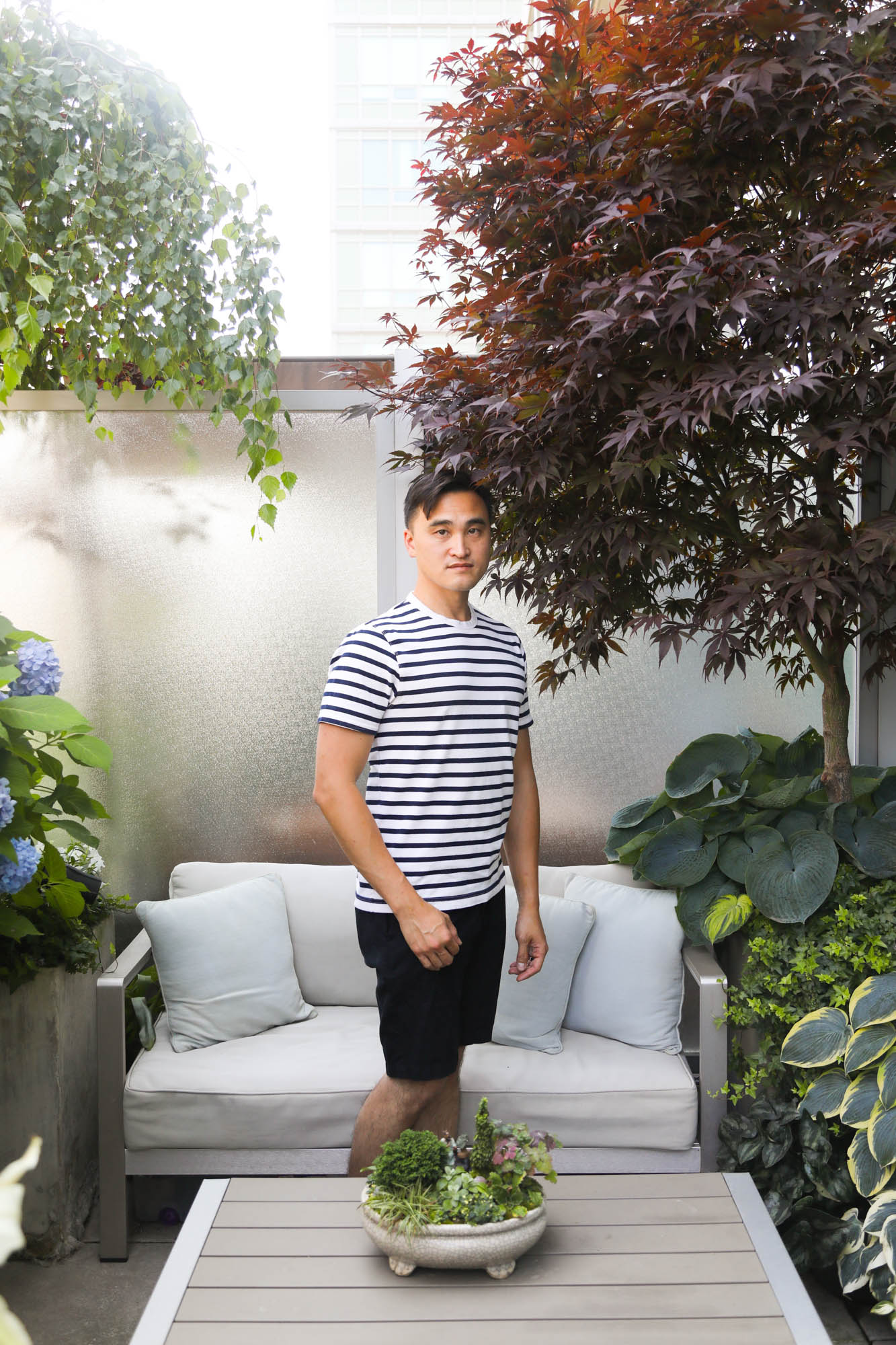 Do you have an amazing balcony garden? We want to talk to you.