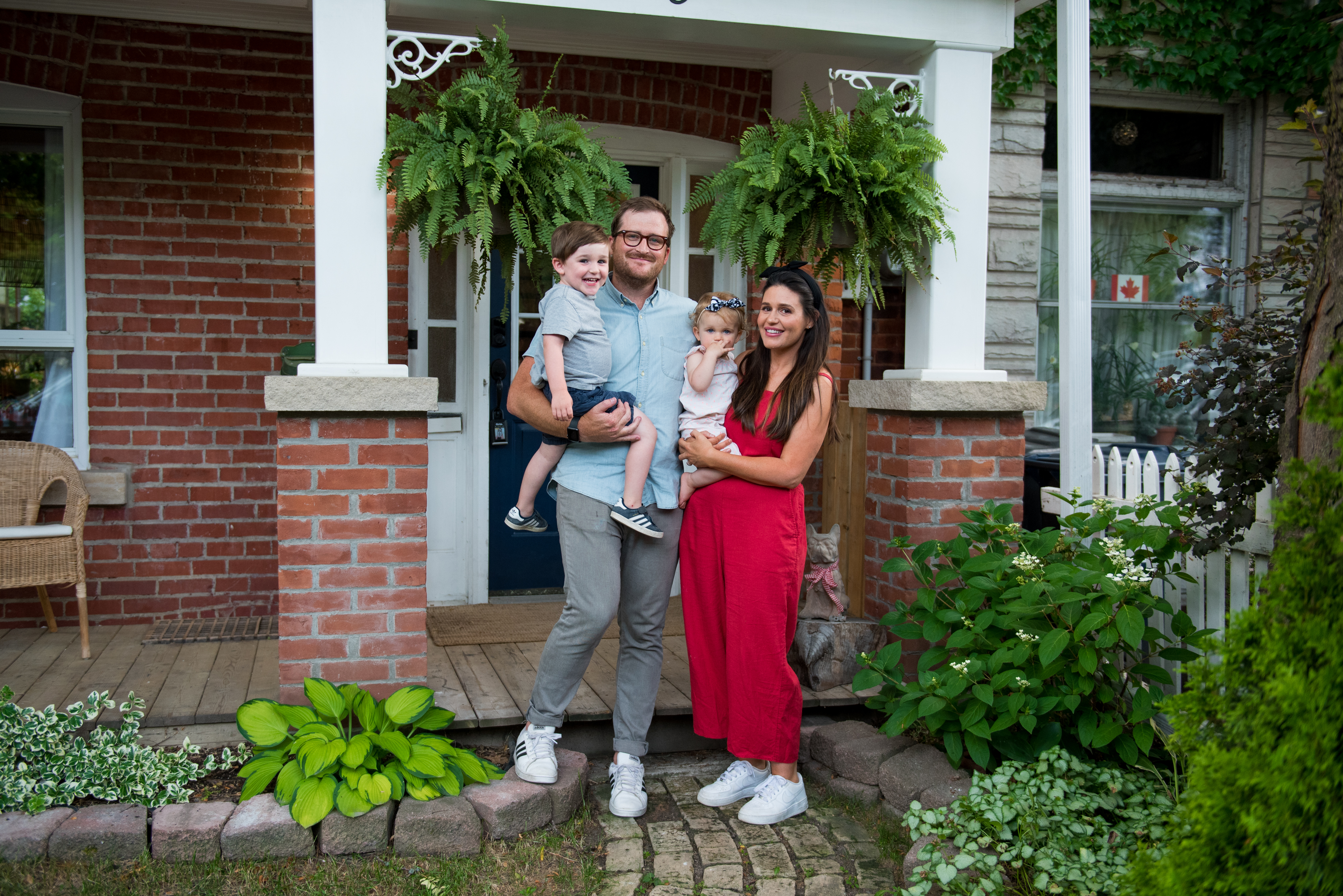 Ian: I grew up in Orangeville and came to Toronto in 2004 for business school at George Brown College. Back then, I lived with a friend from school named Cam Lillico. After I graduated, not knowing what I wanted to do for a career, I started a carpentry apprenticeship and made short films in my spare time. That transitioned into working full time in the film industry. Now I’m an executive producer and I help make high-budget commercials.

Alicia: I grew up in Barrie and moved to Toronto in 2009 because I wanted to live closer to one of my relatives. I started working for TouchBistro, a restaurant software company, where I met Ian’s friend Cam, who also worked there.

Ian: I met Alicia at a dress-up Halloween party at Cam’s house in 2015. I thought she was cute but we were both dating other people at the time. After we both got single, we began dating in early 2016. In August of that year, we decided to get a place together, and rented a one-bedroom loft at King and Niagara for $2,500. A month later, Alicia found out she was pregnant. I was actually filming something in Chicago at the time. She sent me a picture of the pregnancy test.

Alicia: We’d only been together for seven or eight months at that point. It was a bit of a surprise, but we were excited. We realized that as beautiful as the loft was, it was not going to work with a baby. So, in September 2016, we subletted that place and purchased a one-bedroom-plus-den condo at Parklawn and Lakeshore for $365,000.

Ian: It was 695 square feet with a massive living room. But we wanted a two-bedroom, so we built an additional bedroom in the living area, then upgraded the kitchen. We completed all the renovations ourselves for about $7,500.

Alicia: We had our son, Charlie, in May 2017. The condo worked great for us, but in late 2017, Ian asked if I thought it would be nice to live in a house. I thought to myself: We just moved in here. I was open to looking around, though. We met our realtor, Amy Gilmore, who suggested we sell before we buy. In January 2018, about a year after we’d bought the condo for $365,000, we sold it for $493,000. We quickly learned that with some creative reno ideas and a little bit of hard work, we could make substantial profits in the real estate market.

Ian:  The sale gave us a sizable down payment for a house. Plus, my career had really taken off by that point and I was earning more. So, in December 2017, we set our maximum budget at $900,000 and went house-hunting. At the same time, we moved out of our condo and stayed with my grandparents in Huttonville, near Brampton. Alicia, myself and our son Charlie lived in a bedroom for two months.

Alicia: We were looking everywhere in the west end: Corso Italia, Rockcliffe-Smythe. We looked at about 50 different houses and put in 10 offers, which sparked unwinnable bidding wars. We just kept losing out. Then, in early February 2018, we viewed a 2,000-square-foot detached in the Junction. It had two beds, two baths, beautiful 10-foot ceilings on the main floor and a loft attic. There were old tapestries hanging from the yellow walls and it had a bunch of old Victorian furniture. It was listed for $889,000—way out of our price range, but it was such a weird house I just had to check it out.

Ian: We knew it had some real fixer-upper potential. So, we put in an offer on February 1, the same day of the viewing, and eventually got the place for $906,000 with a closing date of April 11. We started renovating right after we moved in. First, we redid the flooring and insulated the attic. Then we renovated the kitchen, opened up the main floor and installed a built-in bookcase in the living room. Because of my carpentry background, we had all the tools and knowledge to do it ourselves, when we weren’t focusing on our regular jobs. 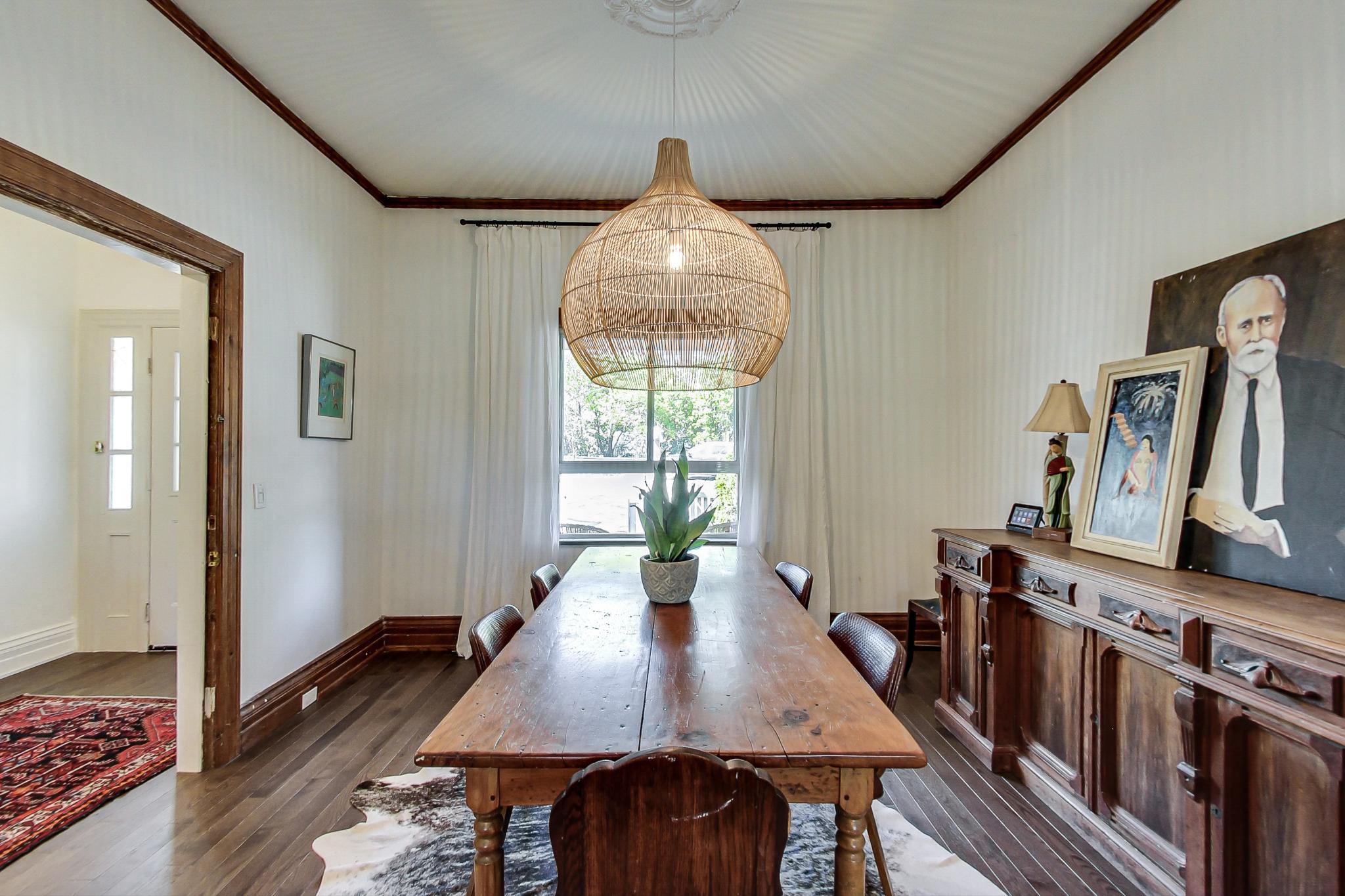 Alicia: During all of this, we had another baby. Winnie was born in March 2019. And in August 2019, we finished the bulk of those renovations, which cost about $65,000 in total.

Ian: All along, Alicia had continued looking for houses. She never deleted the real estate apps from her phone. So, every day, usually after the kids were sleeping, she would go, “Look at this place that just sold,” or, “This place is up for sale.” In April 2020, shortly after the pandemic put Toronto on lockdown, she found a four-bedroom house down the street that sold for $1.3 million. That made us think we might be able to get a similar price for our place. 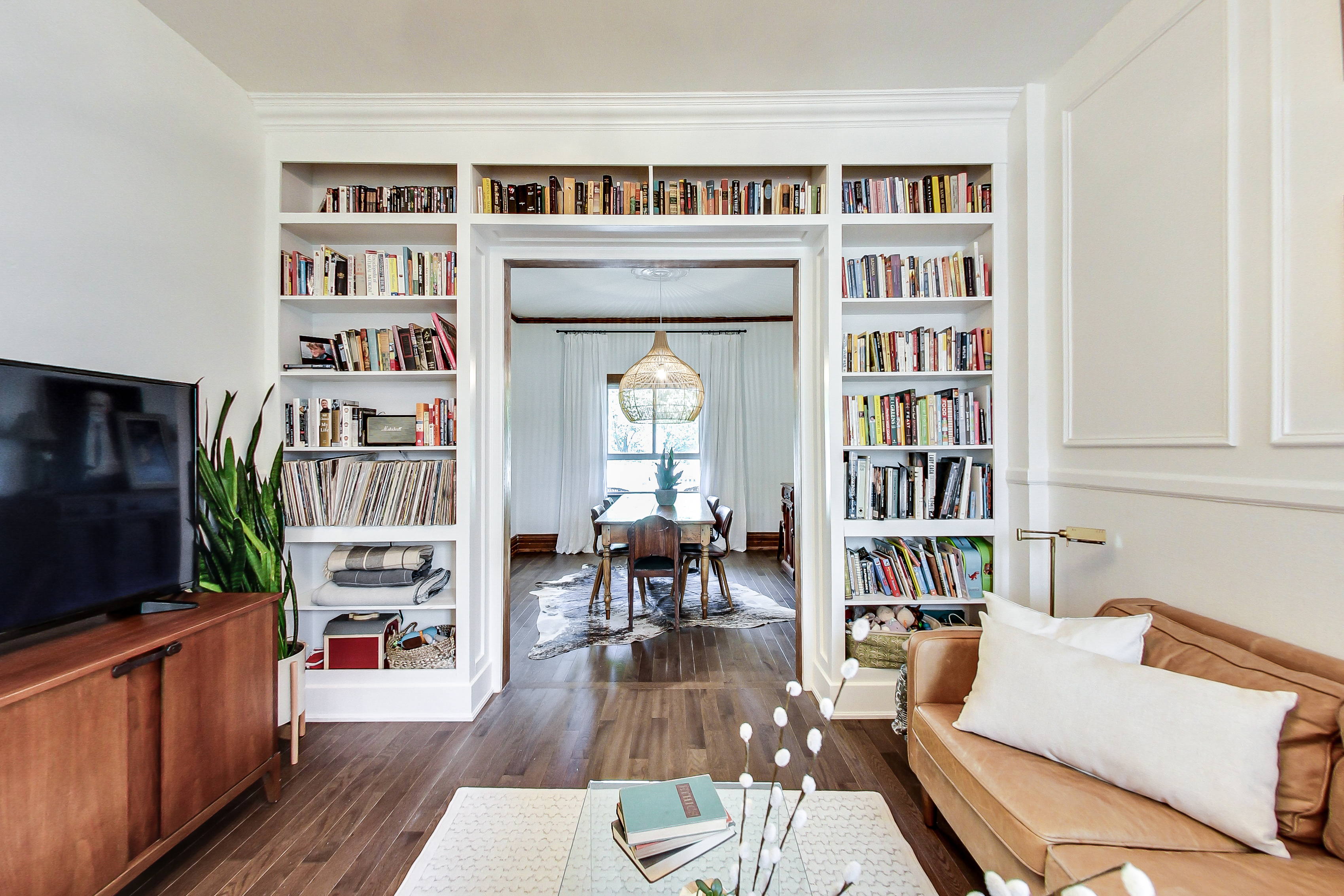 Ian: We had invested so much time, energy and money into the house, but we had to look at it as a financial opportunity. We wondered if the city would fall into a recession after the pandemic. Would we be able to get anywhere near $1.3 million if that happened? We looked at selling our home as a way to set up our family financially. So, in May, we decided to sell. 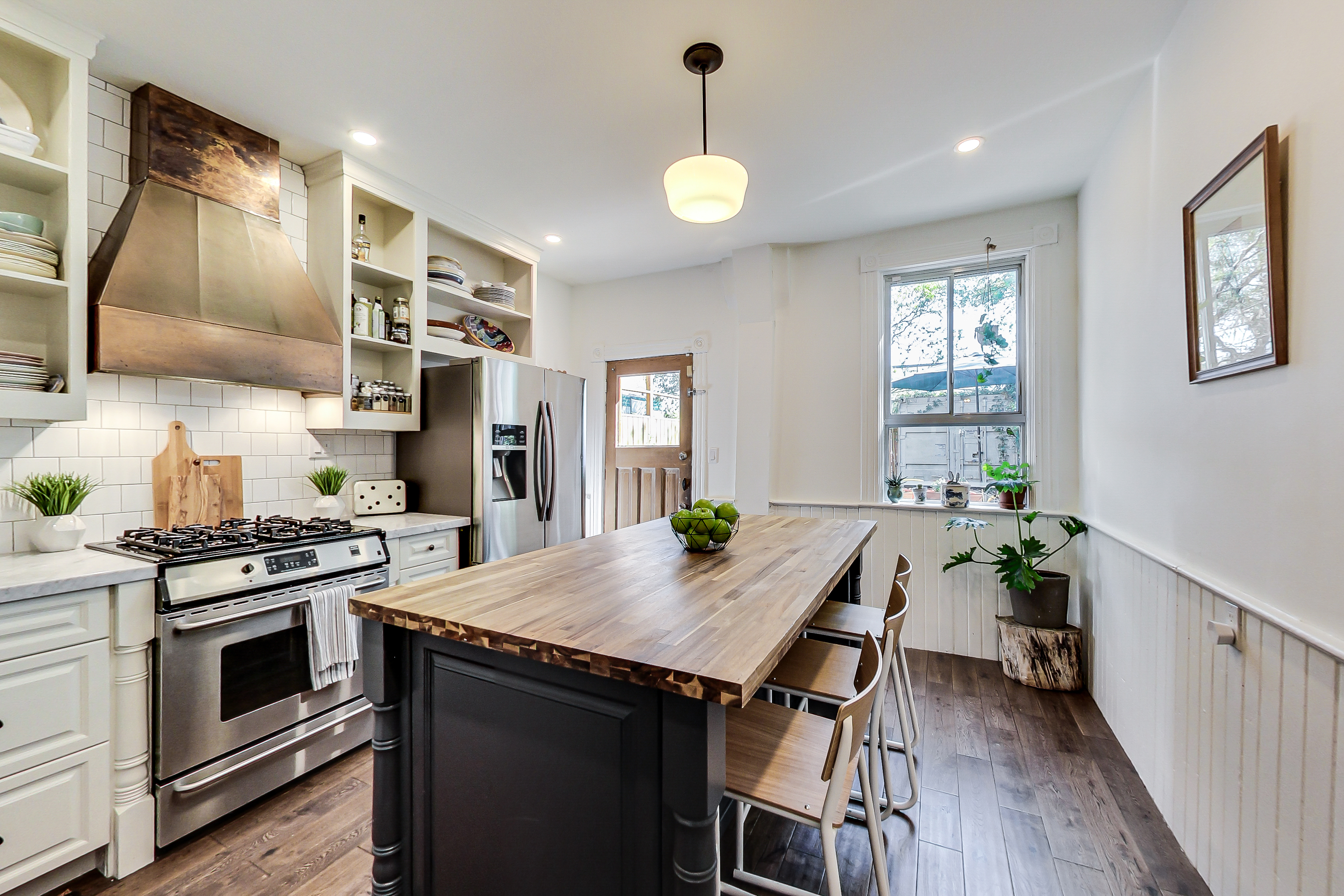 Alicia: It was a very quick decision. One day we weren’t going to sell the house. And two days later we had a stager come in.

Ian: There was a bit more work to do before listing. We had to finish the basement bathroom and flooring. We ripped out an extra kitchen at the back of the second floor. It took two solid weeks of work. I worked from home during the day, then, after the kids went to bed at 8 p.m., I focused on the renos into the early hours of the morning. 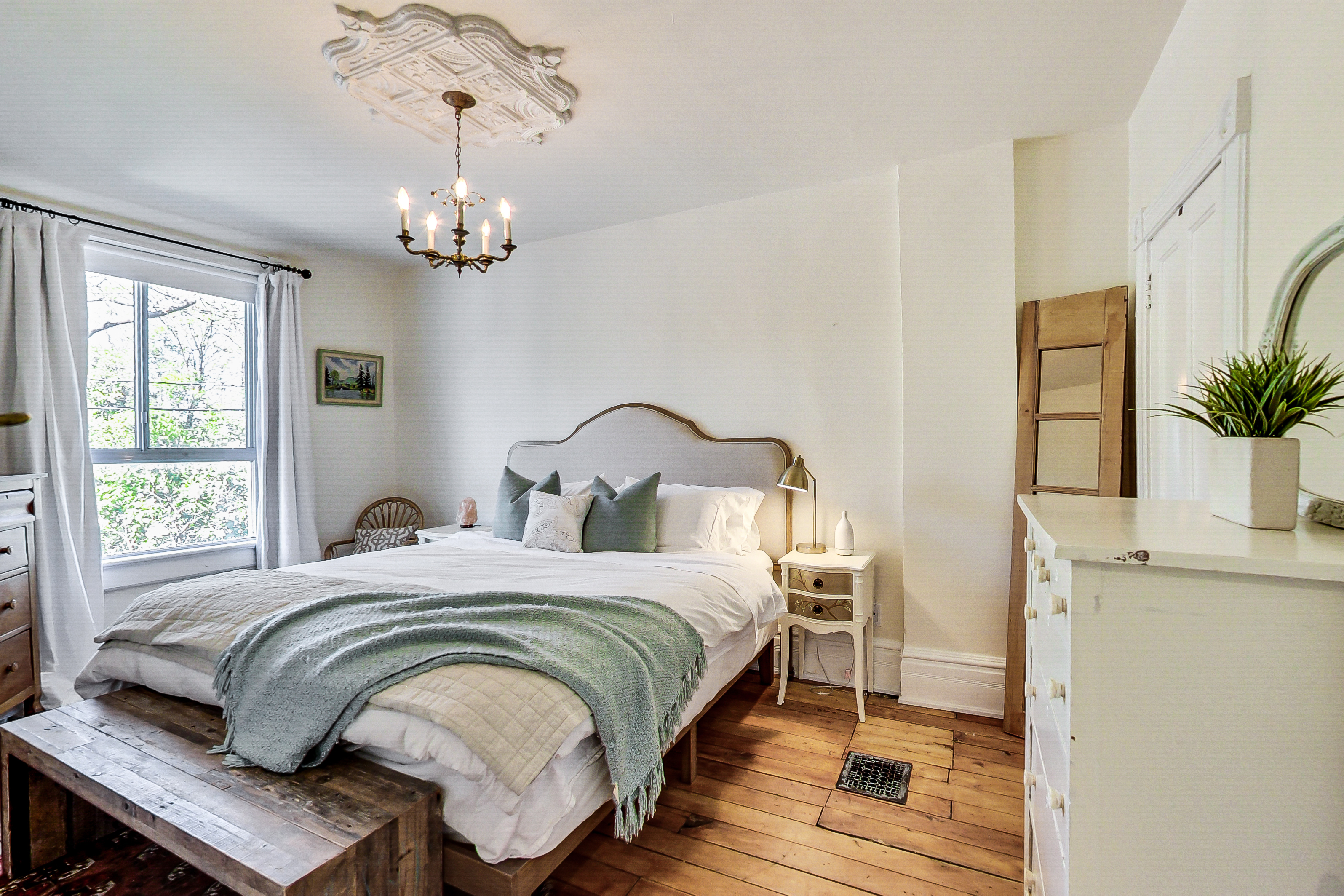 Alicia: About an hour after Ian went to bed, Winnie would wake up.

Ian: We didn’t want to expose our family to potential viruses and we didn’t want to put other people at risk or make them feel uncomfortable. So, as soon as the renovations were done, on May 26, we moved in with Alicia’s parents in Barrie and decided to stay there until the house sold. 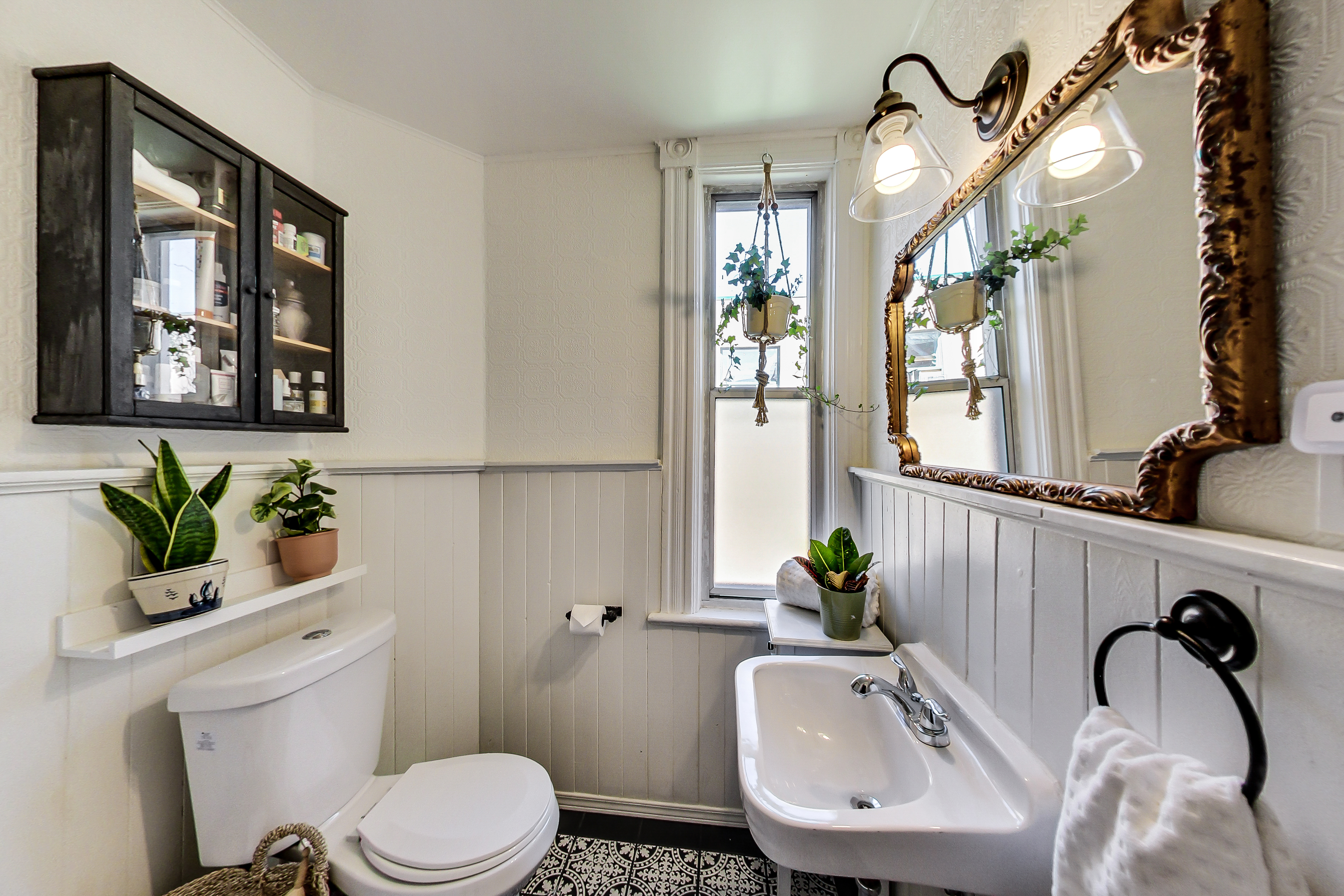 Alicia: We listed for $1,420,000 on May 29. We knew it was too much for this area, but we thought: Let’s see what happens. We only had three viewings in the first week. After 10 days, we had no offers, so we terminated that listing and relisted it for $1.1 million on June 5, hoping to increase the volume of showings. And it worked. We had 20 viewings and multiple offers within two days. 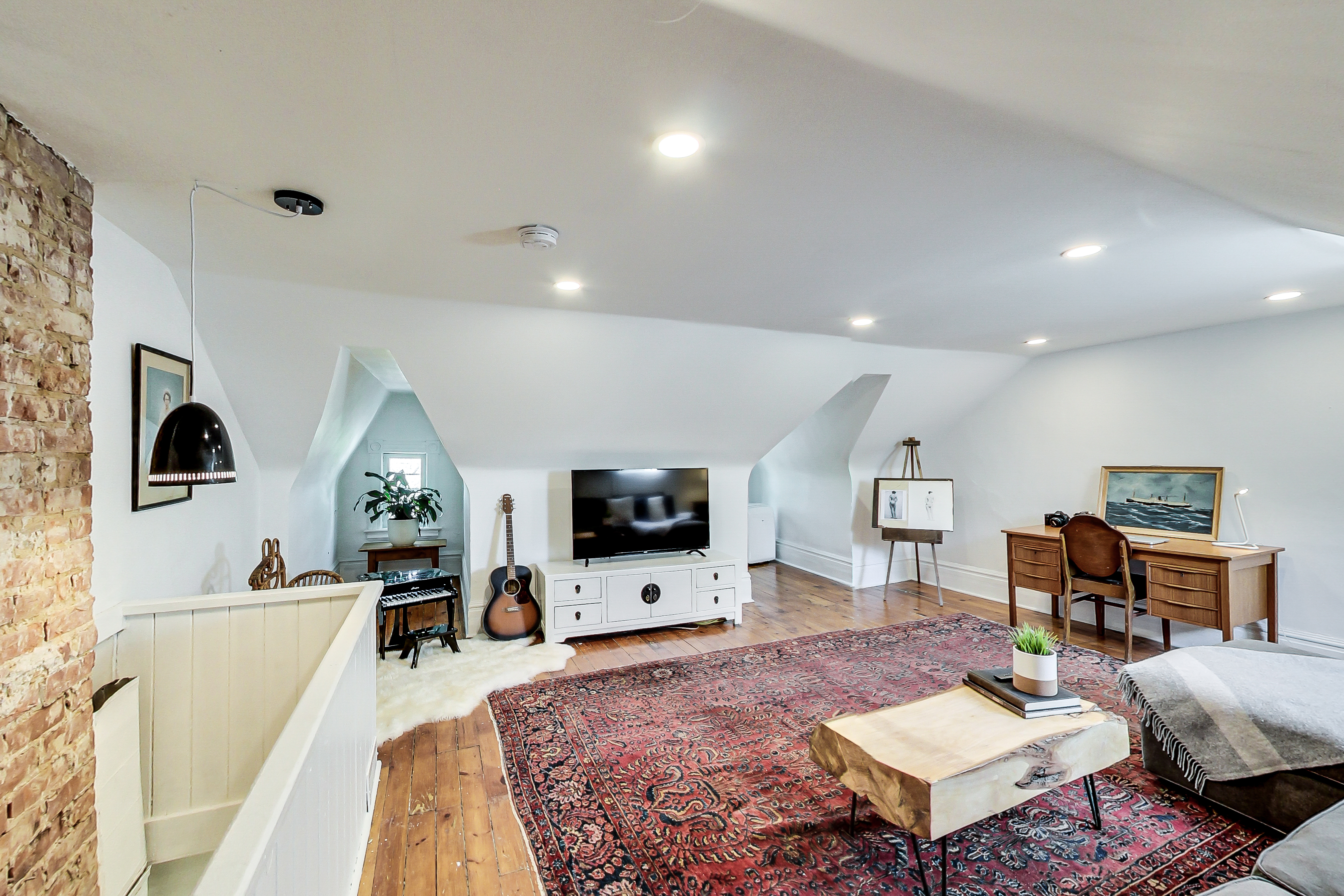 Alicia: The house turned out to be the best investment of our lives. We bought the place in 2018 for $906,000, renovated it for $65,000 and sold for $1,310,000. After it sold, we moved back in, and we plan to stay here until closing. Then we’ll probably find a rental in the city until we’re ready to buy again. We considered moving up north because we thought it might be nice to raise kids in the country. We love the Tiny area and we noticed some beautiful waterfront properties in Innisfil.

Ian: I’m excited thinking about where we’ll live next. But the scary part is that no one knows what the real estate market is going to look like a year from now. A worst-case scenario for us is house prices go up and we spend a year renting and lose all the equity we earned in the sale. 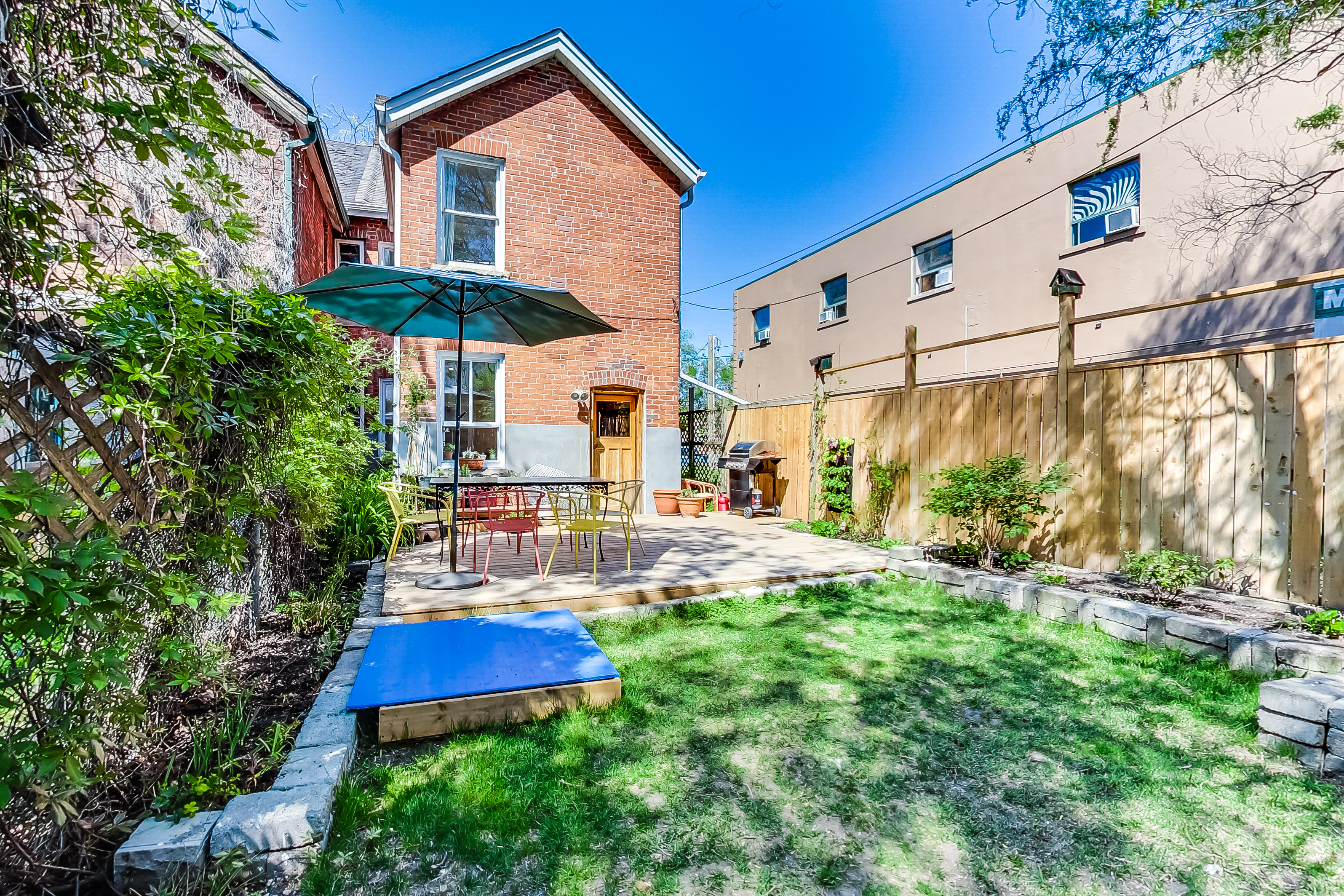 Alicia: On the flip side, house prices drop and we pick up another house for $900,000. There’s a lot of uncertainty in the market. And personally, I’m exhausted. We’ve got two kids and now we’ve got to pack up the house. But the thought of getting another place that needs renovations is so exciting to me. I think we have one more flip in us.