At the start of the pandemic, I was a cash-strapped 21-year-old journalist, living with my mother in Ottawa, dreaming of writing for national publications. Toronto seemed like the place to be. It had a robust media industry, and when the city (eventually) reopened, I could enjoy its nightlife, restaurants and lively arts and culture scene.

I knew moving to Toronto was a poor financial decision. I would be living in one of the world’s most expensive cities, pursuing a career in a notoriously competitive industry that tends to underpay its entry-level workers, during one of the worst job droughts of the century. And I had very little in savings, despite working odd jobs in cafés over the years. By all accounts, it made the most sense to continue living rent-free in Ottawa.

But I decided to take the risk.

In June 2020, I started scouring rental websites, looking for a downtown apartment for less than $1,100 a month. Ideally, it would be somewhat clean-looking and located near Trinity-Bellwoods. I thought all of that seemed reasonable, but I didn’t realize that it was nearly impossible to find an affordable, respectable spot in Toronto. The search was useless.

I messaged an old acquaintance from university, Tyler, who was now living in Toronto. I asked whether he might be looking for a roommate come September. “OMG king,” he wrote. “A room in my apartment is opening up for exactly September, and me and my other roommate are looking for a third.”

The place checked all my boxes. It was in Little Italy and cost $1,000 a month. The place was only 850-square-feet, but it had a living room and a balcony, giving us enough space to spread out. As a bonus, my new roommates had a white tabby named Cooper. I signed the lease.

I moved in, as planned, in September. At first, my tiny bedroom seemed charming. I was thrilled to be in a new city, primed for new adventures, ready to make my journalism dreams come true. For the first time in my life, I was living independently, albeit with a little help from the Canada Recovery Benefit.

Then winter came. Our deck became inaccessible, squeezing us into 850 square feet. It wasn’t enough space for three people and a cat to share comfortably. If there was no pandemic, the winter months might have been manageable—we could have gone to coffee shops on College Street or dined out in Chinatown. But we were stuck inside, with case counts rising and lockdown tightening. We felt trapped.

I also began to notice the apartment’s many flaws. There was mould under the sink, the fridge was extremely noisy, the walls were thin and dirty. Things would break randomly, like the sliding doors on my closet. When we spoke to our landlord about repairs, he grew ornery and accusatory, and refused to make any changes.

Tyler and I were fed up, and we decided that if this pandemic was going to continue indefinitely, we would need a more liveable space. In early 2021, we decided to start looking for a two-bedroom apartment.

Fortunately, the pandemic had turned Toronto into a renter’s market—people were ditching the city in droves, leaving landlords with vacant, unprofitable properties. Rental prices were dropping precipitously.

We eventually found a two-bedroom apartment in Roncesvalles, listed for just under $2,400 a month. We loved it. At about 1,000 square feet, it had two large bedrooms, a sizeable living room, two bathrooms and a swanky deck. Located across the street from the beautiful trees and winding walking paths of High Park, it was an upgrade from our place in Little Italy, though a bit more expensive.

We signed the lease and gave our old landlord 60 days’ notice, but he grew incensed at our departure, demanding a number of outgoing chores, including a rigorous deep clean, which went above and beyond the “ordinary cleanliness” mandate detailed in the Ontario Rental Tenancies Act. We dug into our lease and discovered our landlord had been illegally charging each of us $30 a month for cleaners.

By May, he had collected nearly $300 in total for a service he never provided. We asked for the money back, and he said he would return it if we completed the deep clean. We refused, and said we were legally entitled to the money regardless of whether or not we did the extra cleaning. He never gave in, and threatened to sue us. Eventually, we decided it was more trouble than it was worth and let him keep the money. We skipped the deep clean. (We later learned that he has appeared on numerous “Most Notorious Toronto Landlords” lists.)

After that little spat, my roommate and I moved into our new place in June. We pooled our money and treated ourselves to movers, who brought our belongings across town. As the movers dealt with our things, we took Cooper upstairs to our new home. It immediately felt right.

The high ceilings and cavernous rooms gave us the kind of space we didn’t have in Little Italy. And our new landlord was reasonable and accommodating, taking out the garbage for us and doing repairs as necessary. 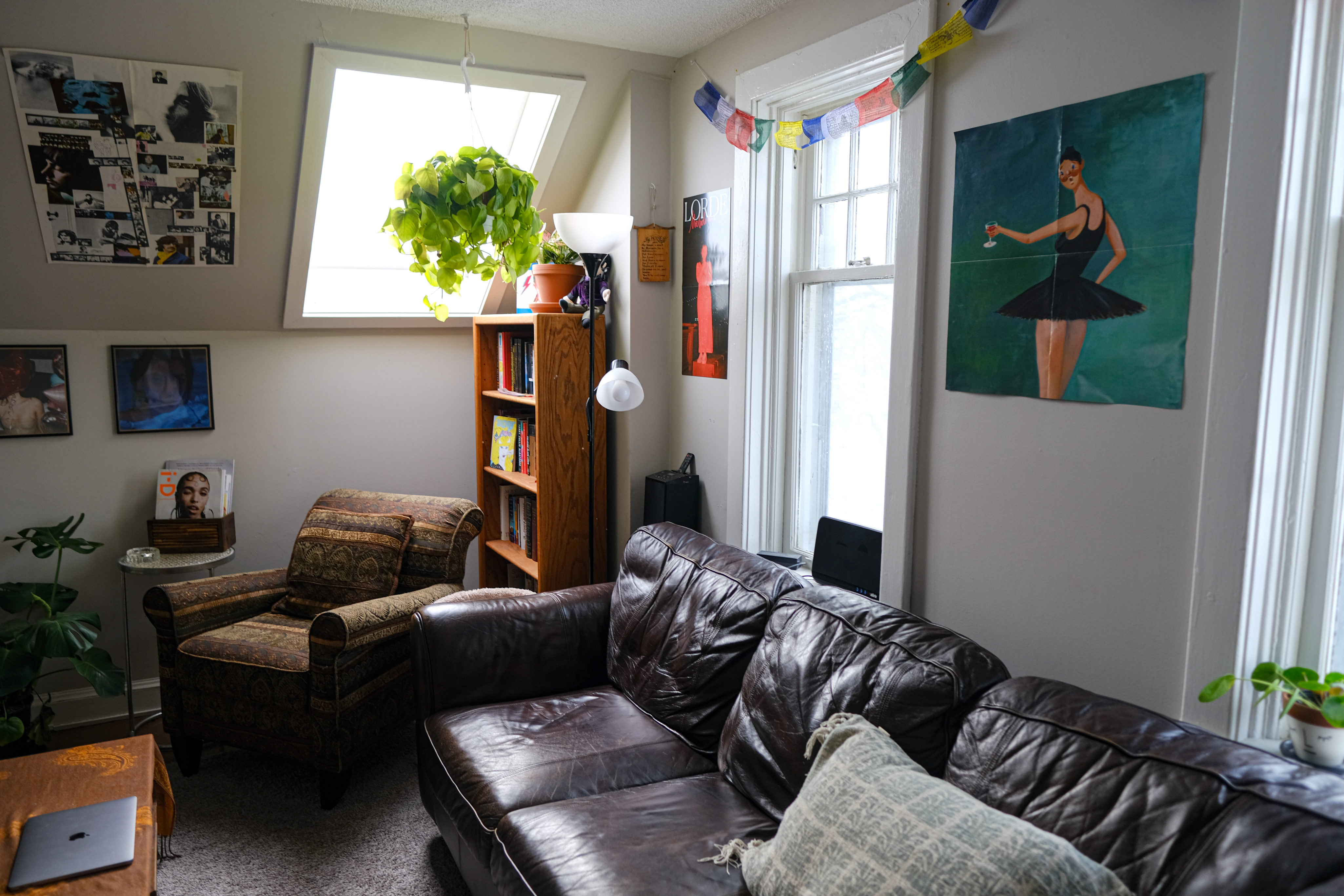 As the pandemic’s grip on the city has loosened, I’ve been able to enjoy the city for the first time. I’ve been able to go out dancing on Church Street, at Crews & Tangos, and eat inside at some of the best restaurants I’ve ever been to, like Sienna’s on Roncesvalles Avenue and Sabai Sabai on Bloor Street. 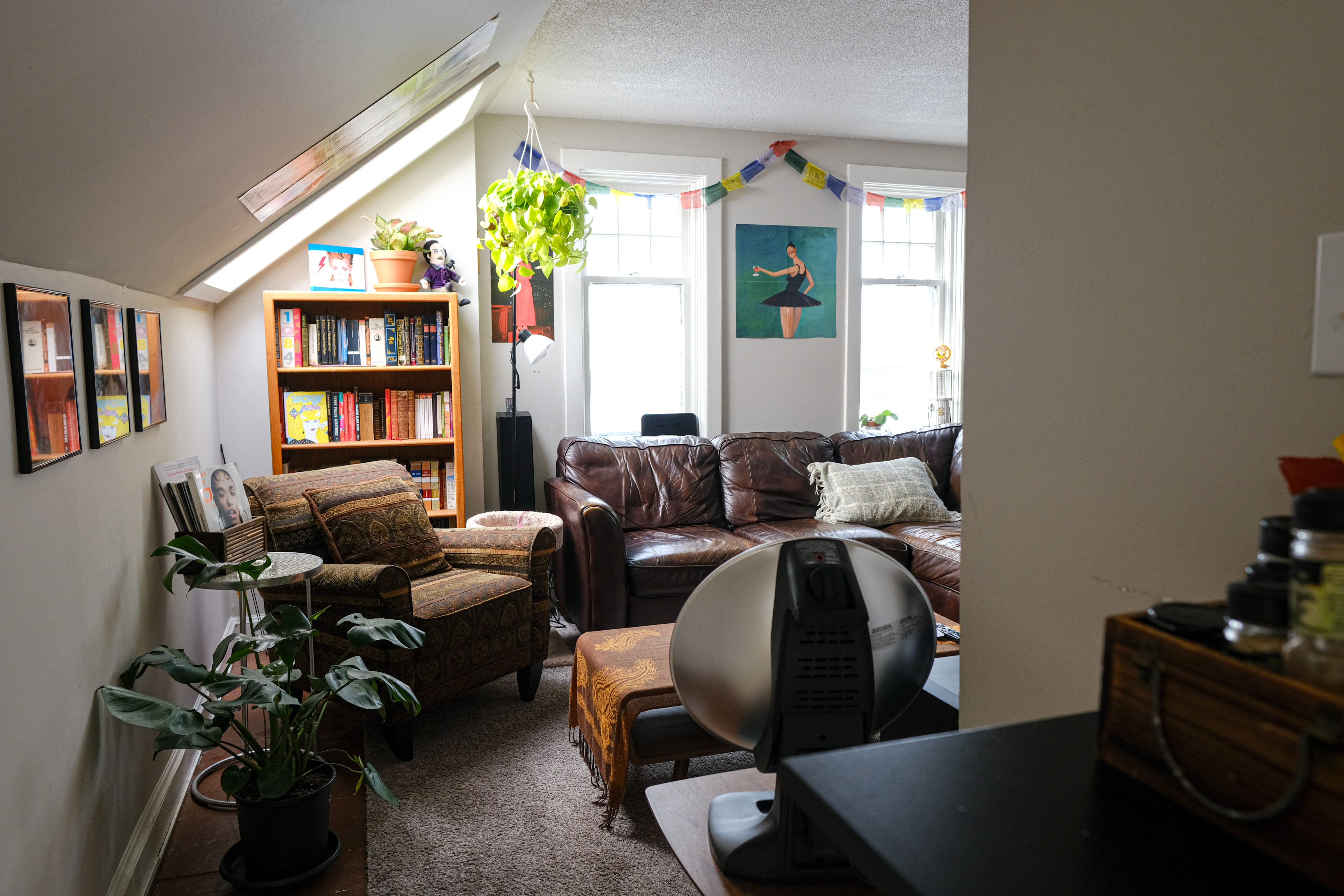 I’ve gone to house parties and fashion shows and local cafés, where I’ve met dozens of creative people who are trying to make it as artists and writers and musicians–the kind of people Toronto attracts and creates. I feel like I’ve become more enthusiastic and outgoing as a result. I get to take the subway to my partner’s place in the Village, and the trains arrive on time, a luxury I wasn’t afforded in Ottawa, a city with a notoriously unreliable transit system.

Rent is still very expensive relative to how much I’m making, and my experience with the old landlord was unpleasant, but through it all, I’ve made a cozy home for myself and I’m getting lots of opportunities to write. Besides, if I didn’t have to deal with high rents, a nightmarish landlord and a cramped apartment, I wouldn’t really be getting the full Toronto experience.

Did you move to Toronto during the pandemic? We’d love to hear about it: realestate@torontolife.com