Who she is: Gail Taylor, 62, associate investment advisor turned receptionist
Where she lived in Toronto: A one-bedroom condo near Yonge and Eglinton
Where she lives now: A two-storey, two-bedroom townhouse in Pelham, in the Niagara region 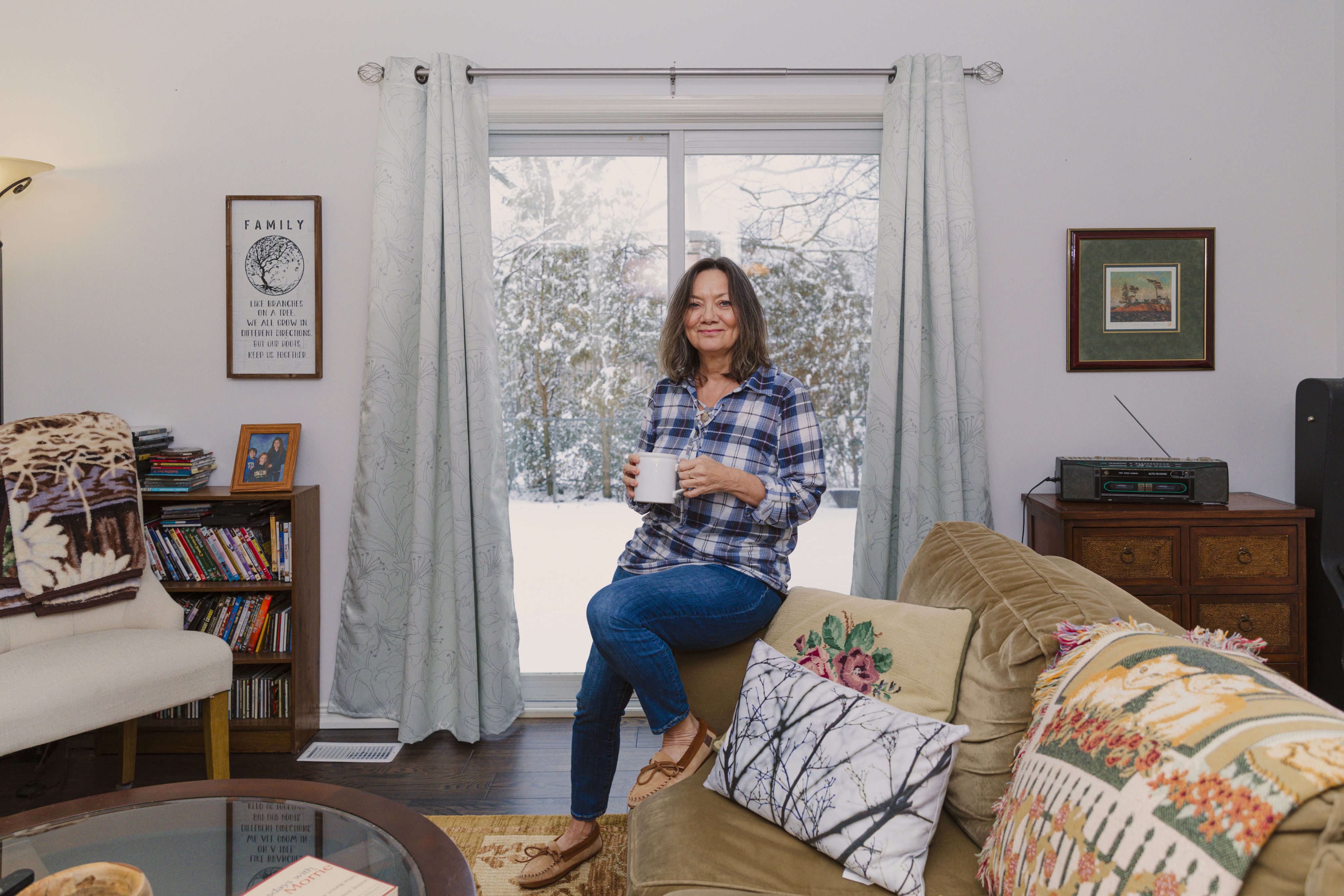 Gail: I grew up on a dairy farm in Clifford, Ontario, which is about an hour’s drive from Kitchener. At 15, I came to Toronto for the first time with a friend. My brother was studying at George Brown, so we went to visit him and to see Alice Cooper perform at Varsity Stadium. Coming from a small town, it was a bit of a shock—but I loved the excitement. Two years later, in 1974, I decided to move to the city. Shortly after, I met my future husband and, when I was 18, we got married in a small church during a bad blizzard. It was just before Christmas in 1975. Our daughter, Jenny, was born a couple years later.

In 1989, we bought a bungalow in Burlington for roughly $200,000. When Jenny was young, I took a job at a temp agency. I got an assignment with RBC and they eventually asked me to stay on, so I got my broker’s licence. That’s how I ended up becoming an associate investment adviser. My husband and I split up in 1996, but it was a friendly divorce. Around the same time, my daughter left to study psychology at Western University. I’d been taking the GO Train into Toronto for work, and I was sick of the commute, so I decided it was time to move back to the city. I rented a one-bedroom apartment at Yonge and Eglinton for roughly $650 a month. I really liked the area. It’s not the nitty-gritty of downtown, but it’s within walking distance. I enjoyed going to movies and grabbing food at Chick’N’Deli. 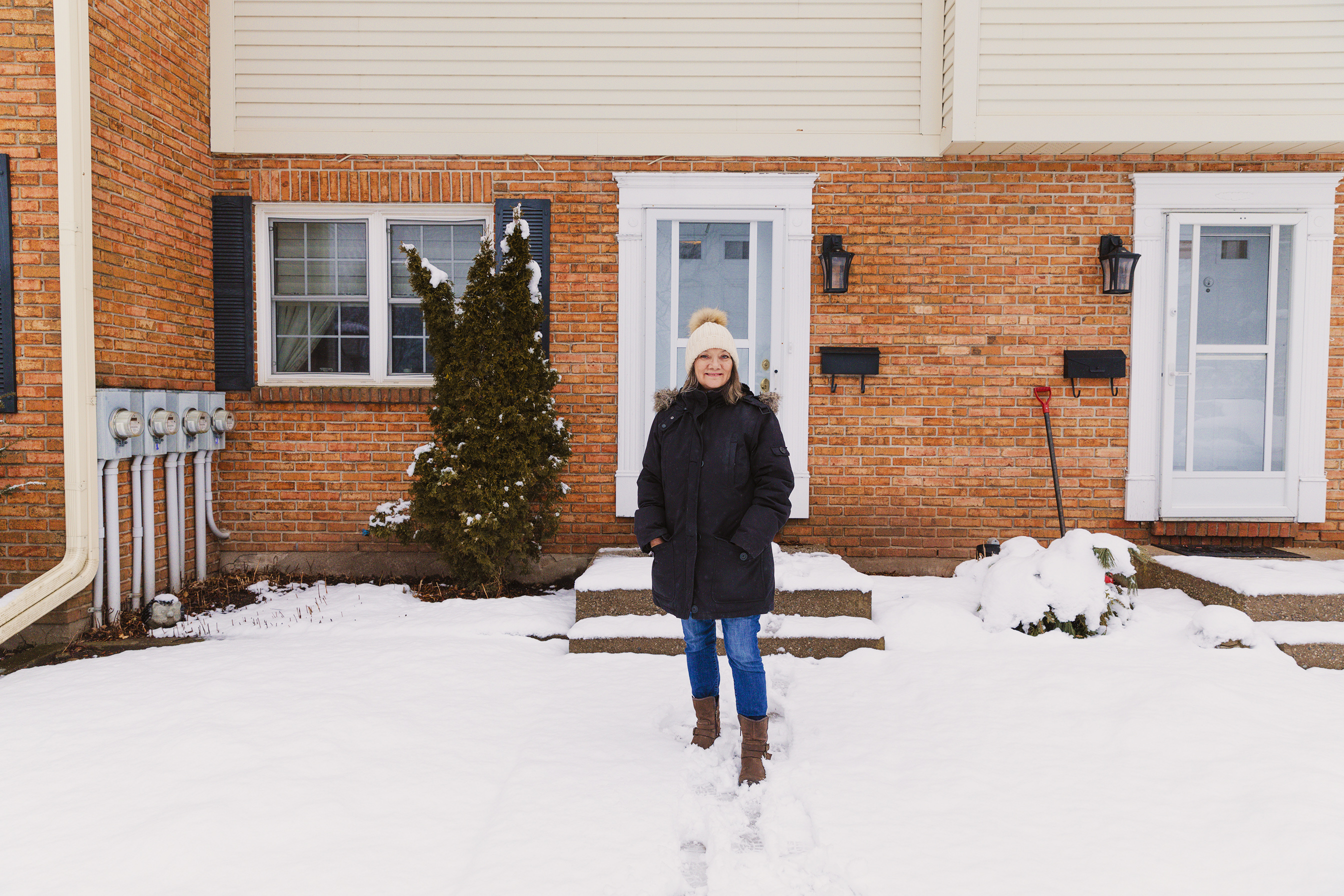 One day, in 2001, I was walking to yoga along Mount Pleasant, and I saw a sign for some condos. Before I knew it, I was in the showroom and I’d bought a pre-construction one-bedroom apartment for $187,000. In 2003, I finally moved in. It was a brick building with a gym and a party room. My unit was on the ground floor.

After university, Jenny got married and  moved to the Pelham area with her husband, and, in 2006, my granddaughter Olivia was born. Jenny had two more kids, Emma and Marco, shortly after. That’s when I started to get a twinge to be around my family. I would take the GO Train out to visit them, because I don’t have a car, and I’d always feel sad on the ride home. I had plenty of friends in Toronto, but after my sister passed away in 2016, I knew I needed to be closer to my loved ones. I wanted more balance, too. My life was basically rushing down to the subway, working, then going home. And while the street-level apartment was fine when I bought it, over the years, the road got much busier and noisier. 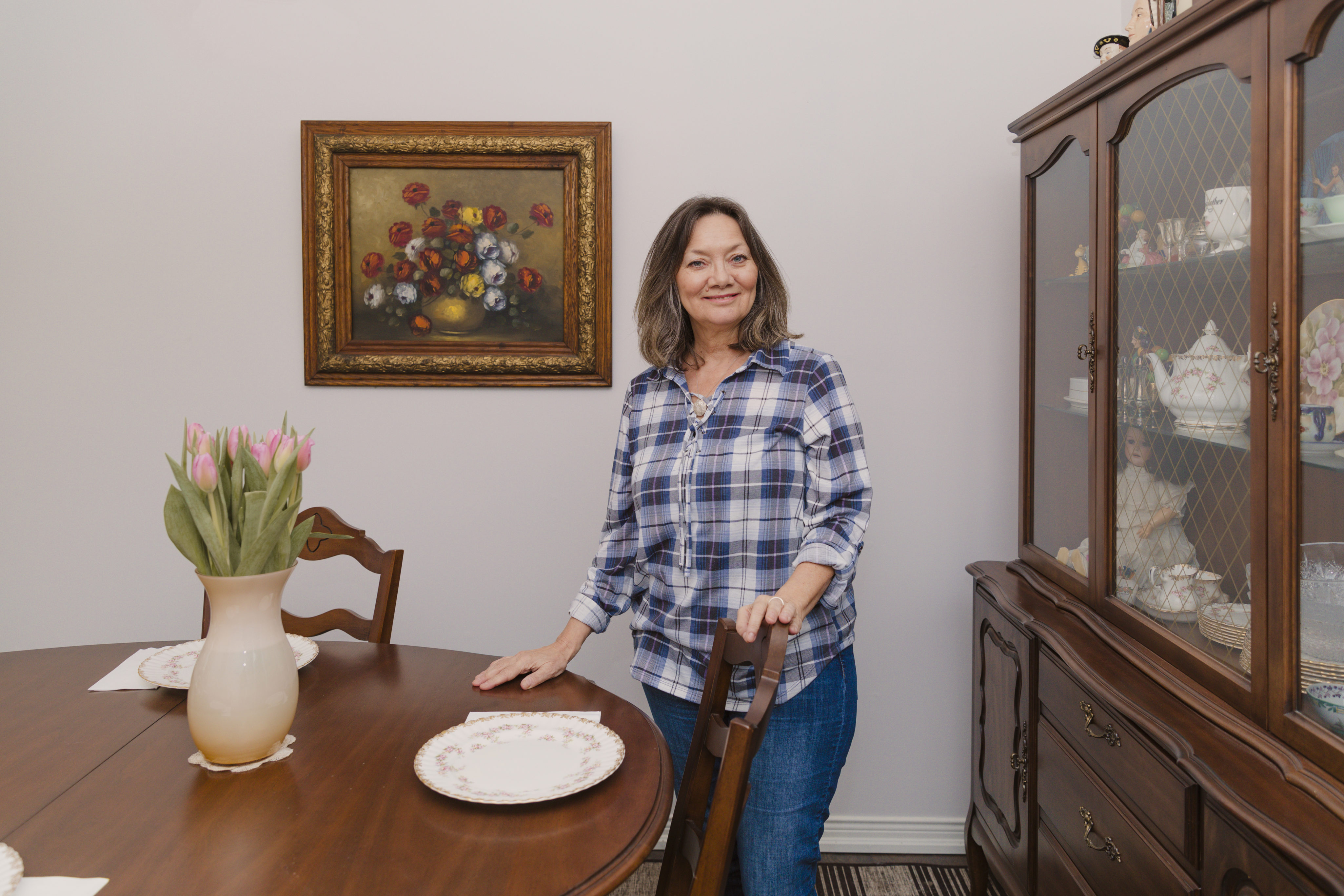 Then I got lucky. My daughter and her husband found me a two-storey, two-bedroom brick townhouse in Pelham for $220,000. They took care of the renovations while I stayed in Toronto. They put in new tiles and carpets, and replaced one of the ceilings. That cost me an additional $20,000. When I sold my Toronto apartment for more than $500,000, in early 2018, that helped cover the cost of the house, along with the renovations. The rest of the money went toward savings. After I moved out to Pelham, I still worked in the city a few days a week, either commuting on the Go Train or staying at a friend’s place. In late 2018, I got a part-time job at a retirement home near my place, mostly doing administrative stuff. I’ve gone from a full-time salary as an investment advisor to a part-time hourly wage, but it’s exactly what I wanted: very social, very nice, none of the hustle and bustle. I walk out of my house at 8:30 a.m and I’m at work in about 10 minutes.

Life is great. My neighbours are really nice. I like to hang out on my patio, where I can feed the chipmunks and squirrels, while the blue jays twitter in the trees. I even saw a bunny the other night. Back in Toronto, the most wildlife I got was a couple of racoons fighting. I haven’t been back in months. I do miss things, though, like taking a stroll on a long sidewalk. I’m a huge walker. My friends and family are always asking, “Where did you walk today?” It’s the perfect time to think and just observe nature. In Toronto, I particularly liked gawking at all of the old architecture. I also miss the hot dog vendors, the ROM, the AGO. I used to be able to step out the door to a small indie movie theatre. That kind of cultural experience is available in Pelham, but you have to work a little harder to find it. 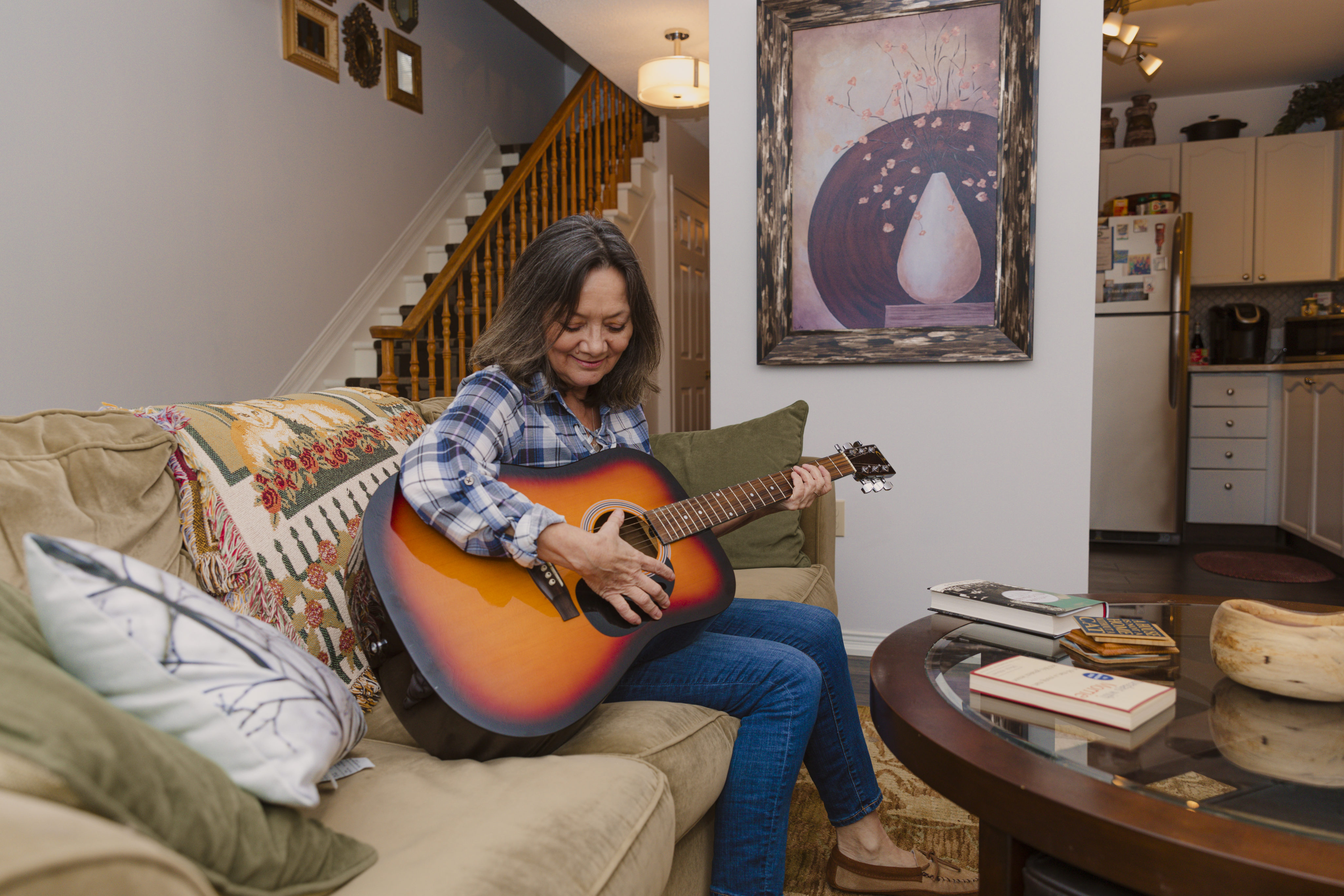 The best thing about living here is that I get to see my grandkids a few times a week. My daughter and her husband live on a farm just outside of town. I can watch Marco, who’s 9, play hockey. Or when Emma and Olivia, who are 12 and 13, have ballet or gymnastics, I can cheer them on. During the school strike days, I’ve been helping take care of the kids. I sometimes sleep over on weekends. It’s like I finally get to be a full-time grandma.