Who: Mark Henderson, an actor and model

Where: Yonge and College

In 1999, Mark’s one-bedroom rental at Yonge and College was barebones: it included a single couch and a TV propped up on a box. But after a revelatory viewing of the period drama Dangerous Liaisons, set in the 18th century, Mark was struck by the splendour of its costume and set design. “I sat bolt upright and said to myself, Why aren’t I living in rooms like that?”

Henderson decided to alter his living space after an incident on Halloween in 2001, when the serial killer Bruce McArthur attacked him with a pipe. “It was an epiphany,” says Henderson. “I could have retreated inward and stopped living my life. But whenever there’s an option of going into a hole and crying or being more fabulous, I go fabulous.”

“The theme is Cinderella meets Marie Antoinette meets Dumbledore,” says Henderson, who could probably pass for a younger version of Dumbledore, with his long white beard. “I feel like I live in a ballroom in Versailles. Everything is pink and gold.”

These days, while enduring the latest wave of Covid-19, Henderson enjoys posting videos on TikTok, where his 65,000 followers can watch him sitting at a tea trolley, wearing a bustled black ballgown and listening to Only Time by Enya. “My followers join me for tea,” says Henderson.

Marie Antoinette and a swarm of butterflies welcome guests at the front door. “I like butterflies. They’re a symbol of change. Nothing about a caterpillar tells you it’s going to be a butterfly,” says Henderson. 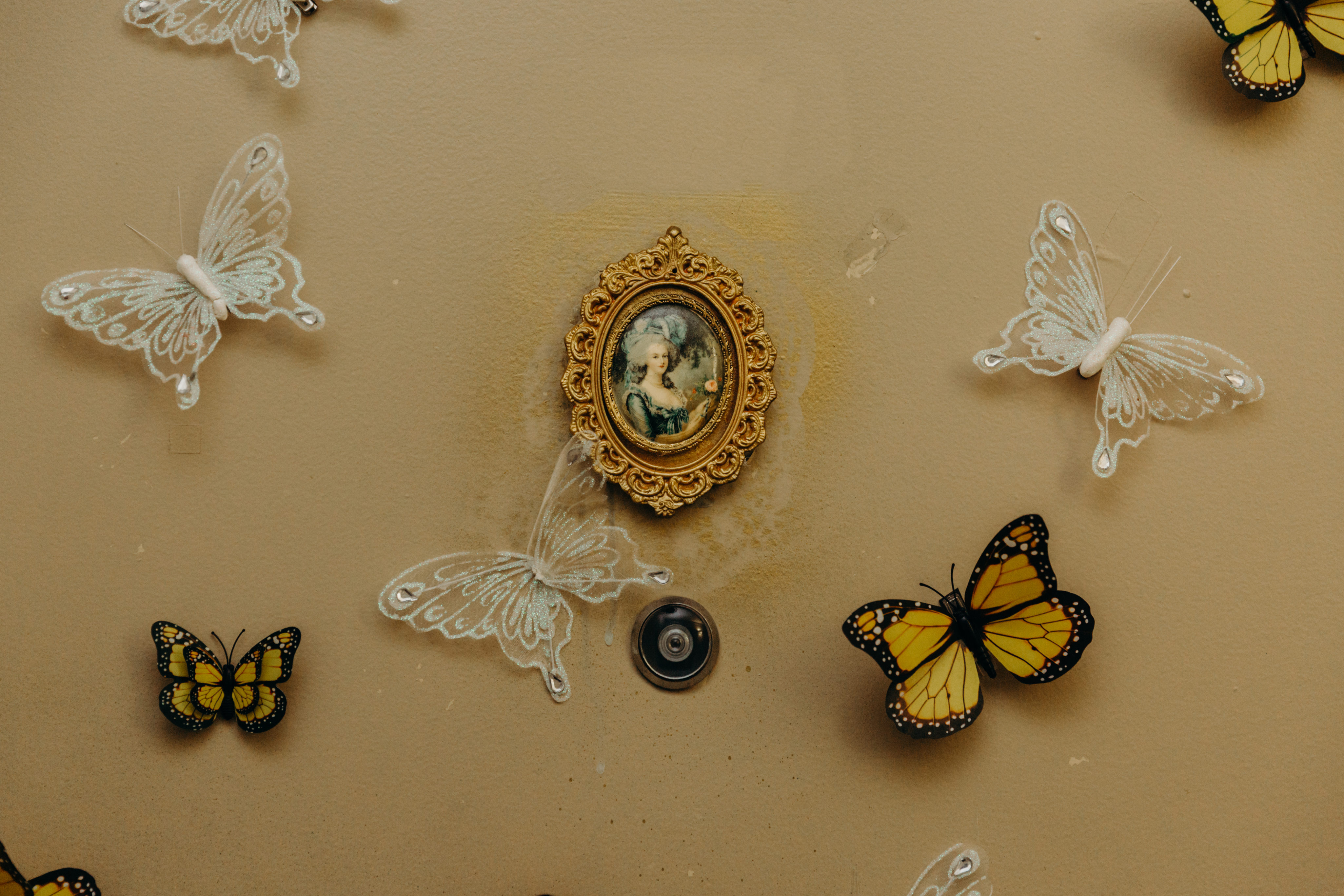 On the back of the front door, there’s a shelf with perfumes (he fills them with coloured water when they get low). Henderson likes to use Amarige by Givenchy. 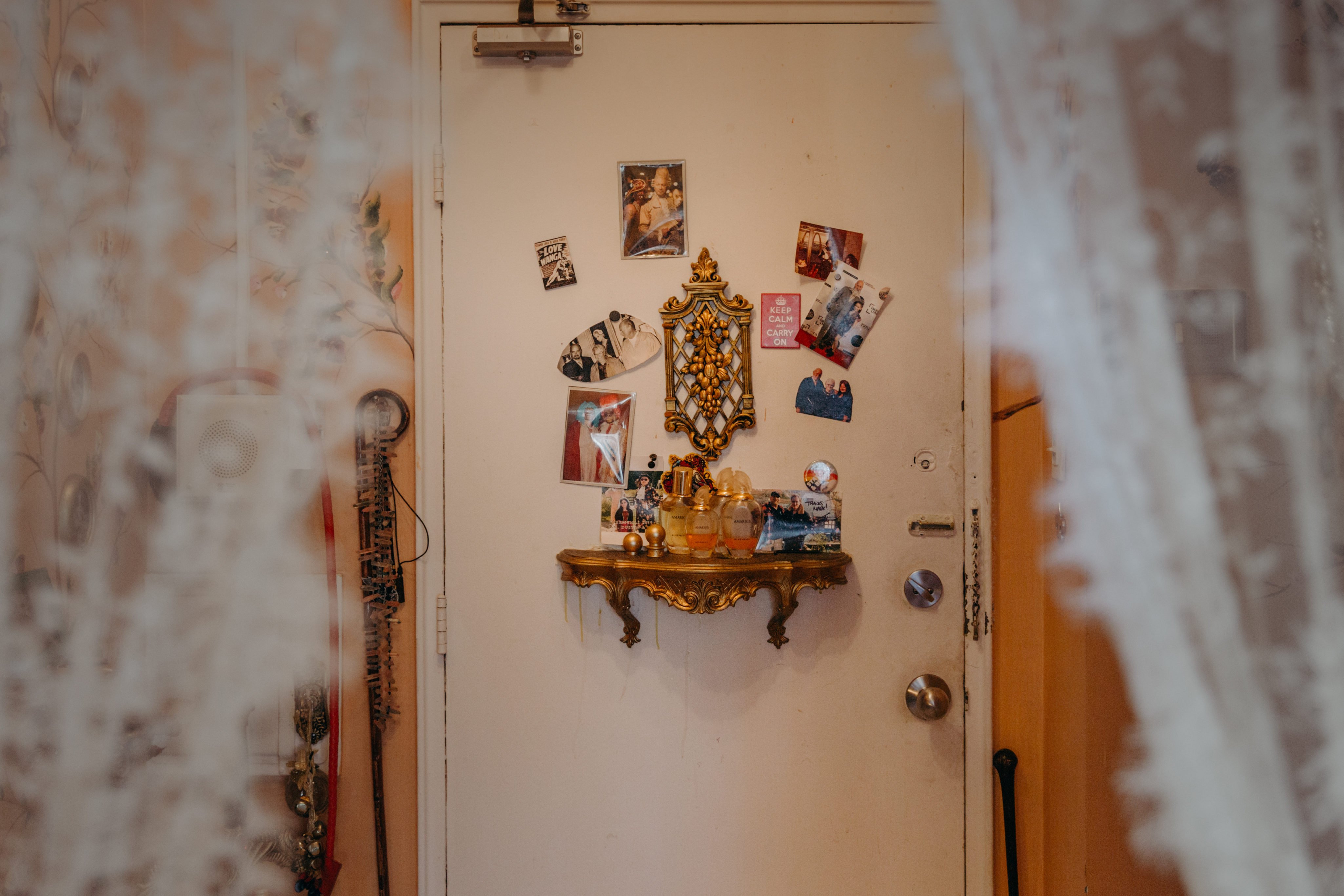 Mark got an uninscribed Oscar from an old friend in Los Angeles when a pallet of statues were stolen off a loading dock in 2000. “It weighs 14 pounds,” says Mark, who jokes he’ll probably be hearing from the Academy now. 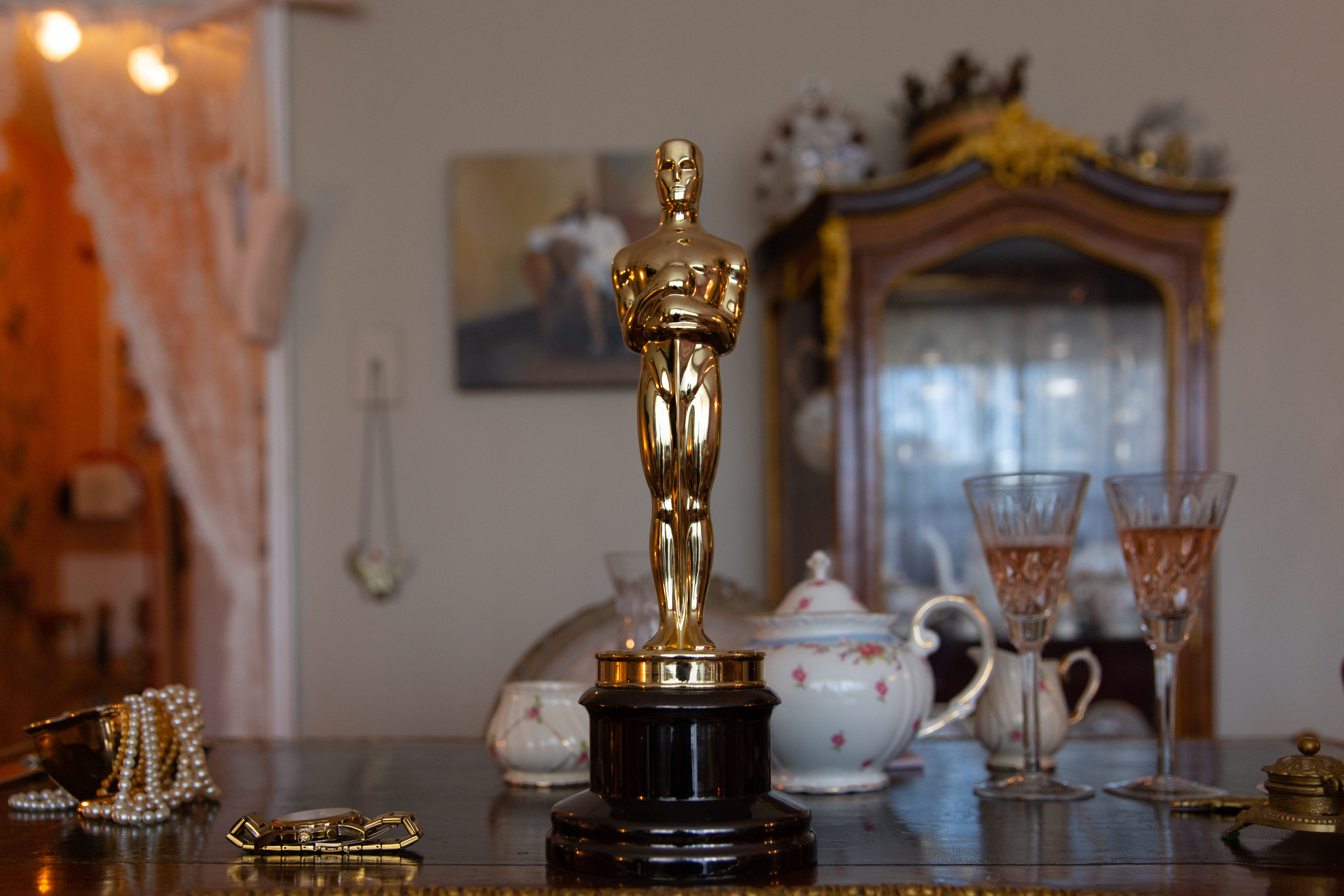 The artist Douglas Bond painted the portrait of Henderson located to the left of the cabinet. Henderson made the crowns atop the cabinet. 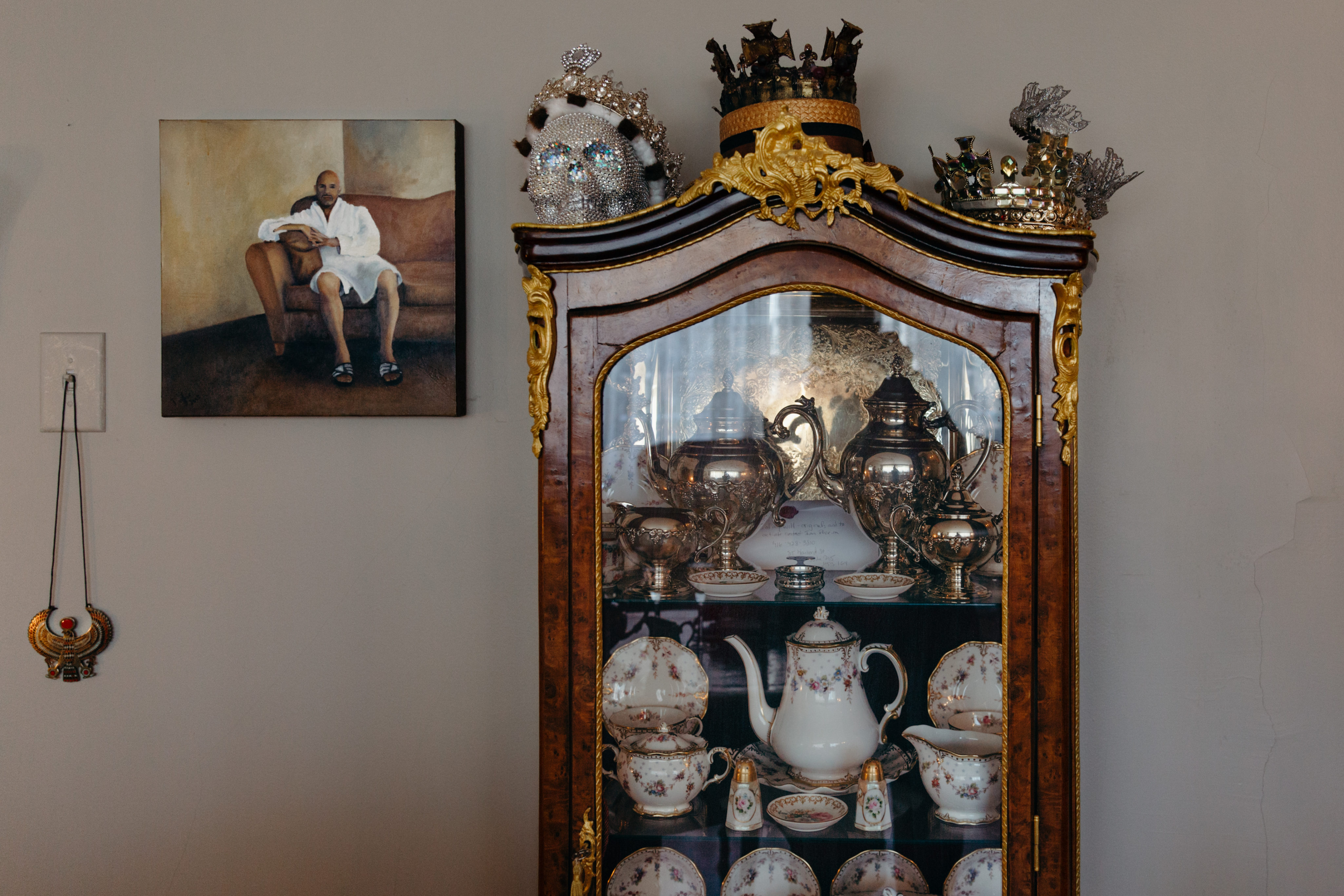 The Russian Imperial Crown is actually just a plastic roast chicken adorned with peel-and-stick rhinestones from the dollar store. “I did a fabulous photoshoot wearing it where I look like Czar Alexander,” says Henderson. 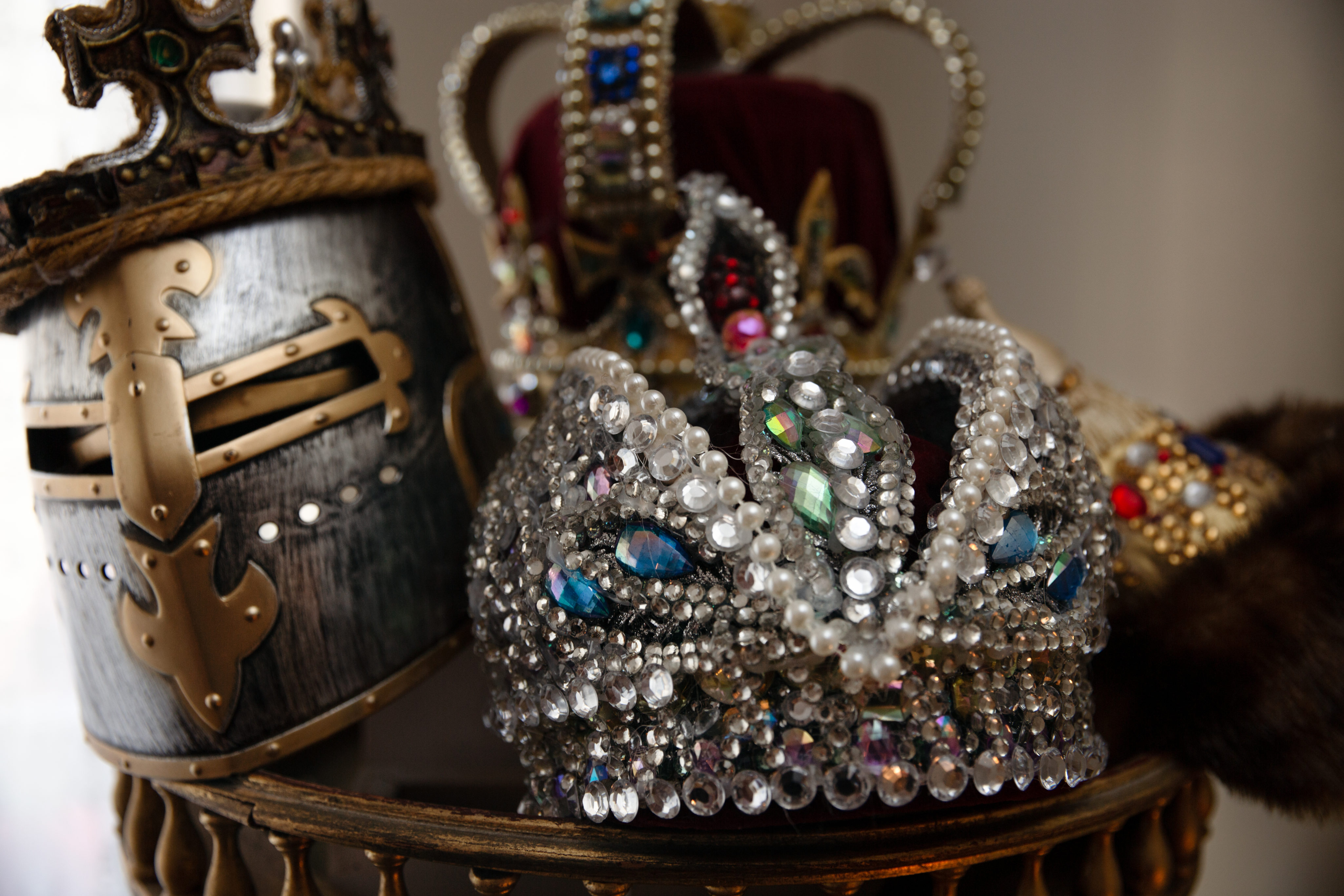 Henderson put a poster of Marie Antoinette into a frame from Value Village and hung it on the wall. 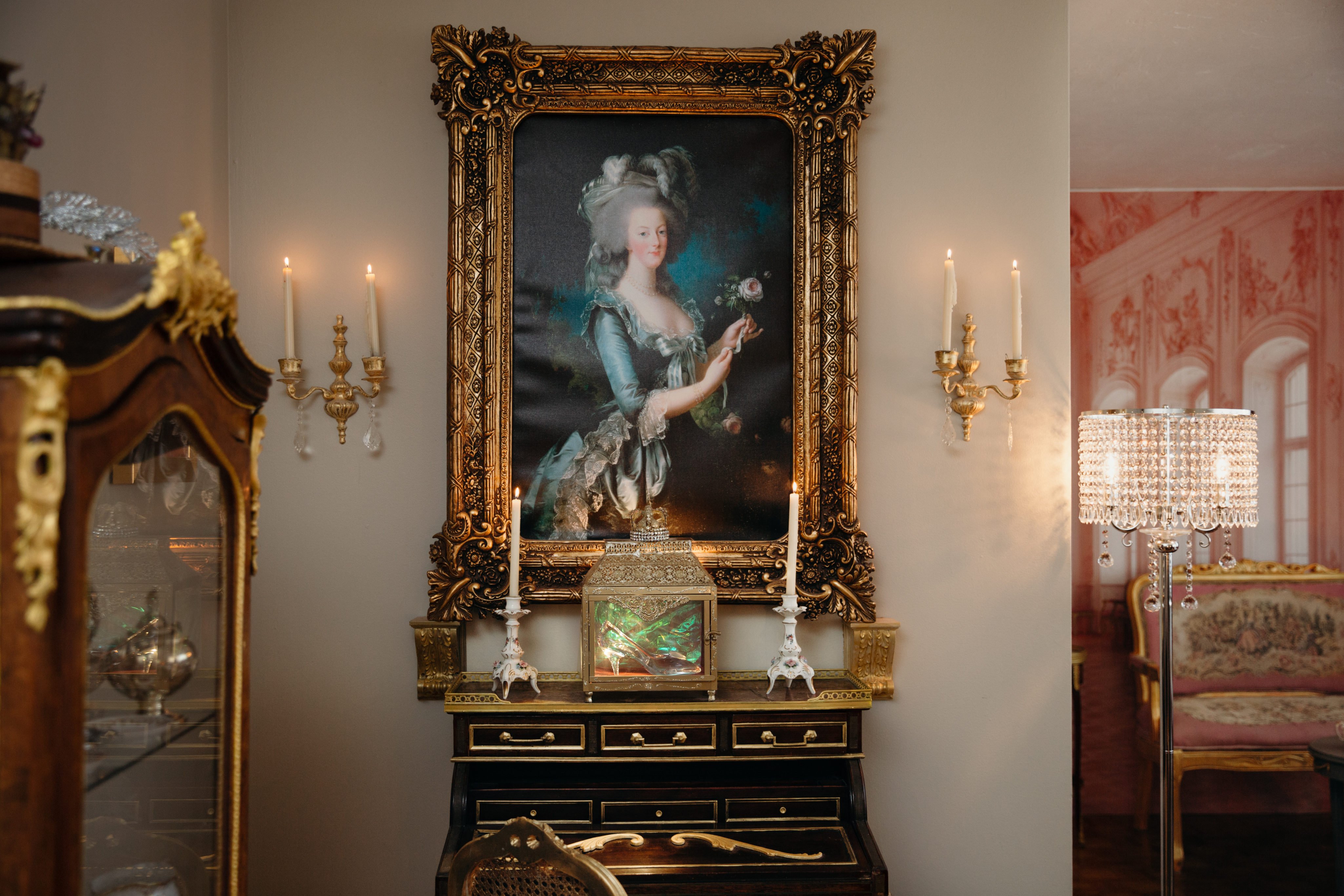 Below the painting, he keeps a miniature glass shoe, similar to the one he heard Lillian Disney kept on her desk. 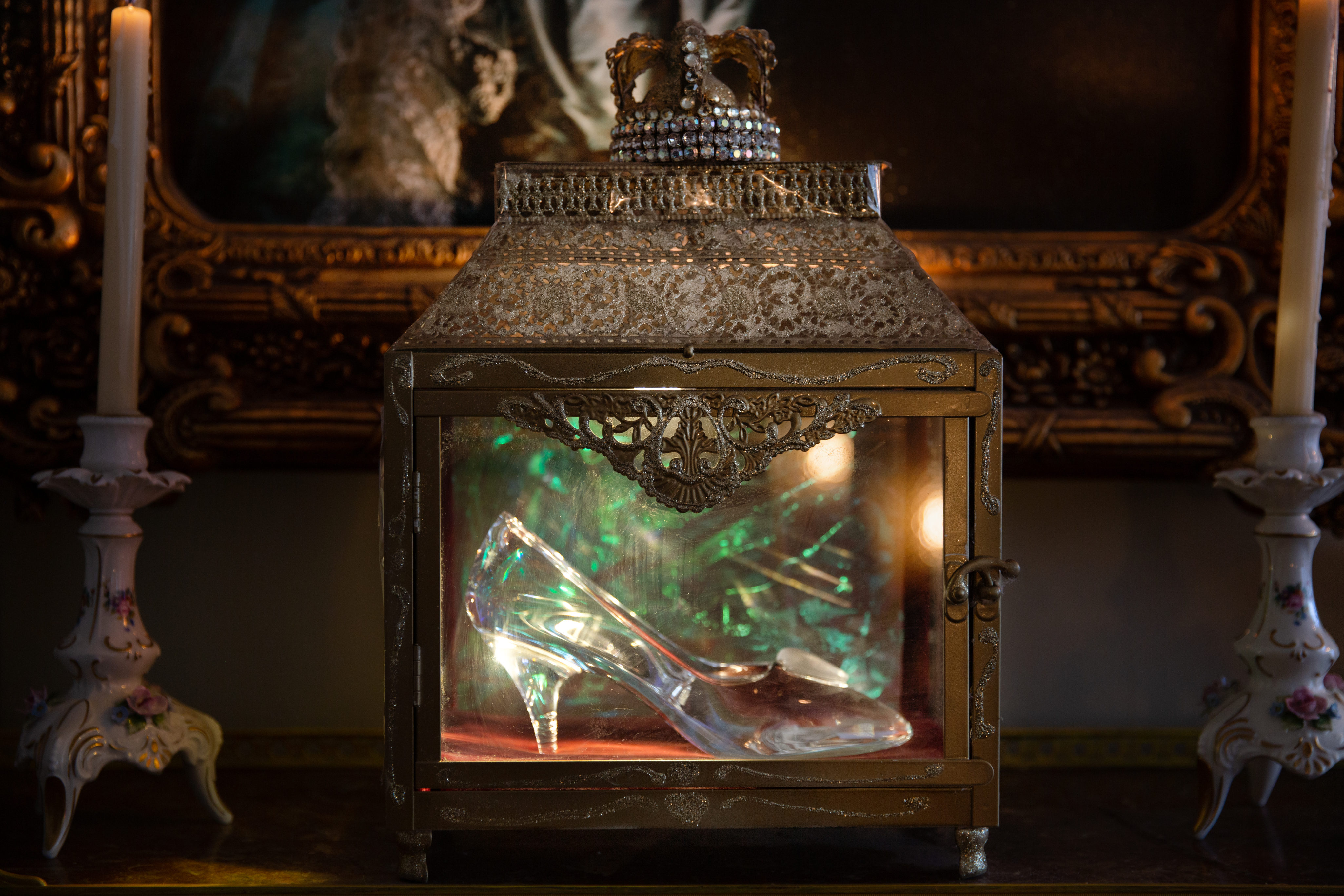 The tea trolley is from Marty Millionaire, the now-shuttered shop on Queen East known for its eclectic furniture. 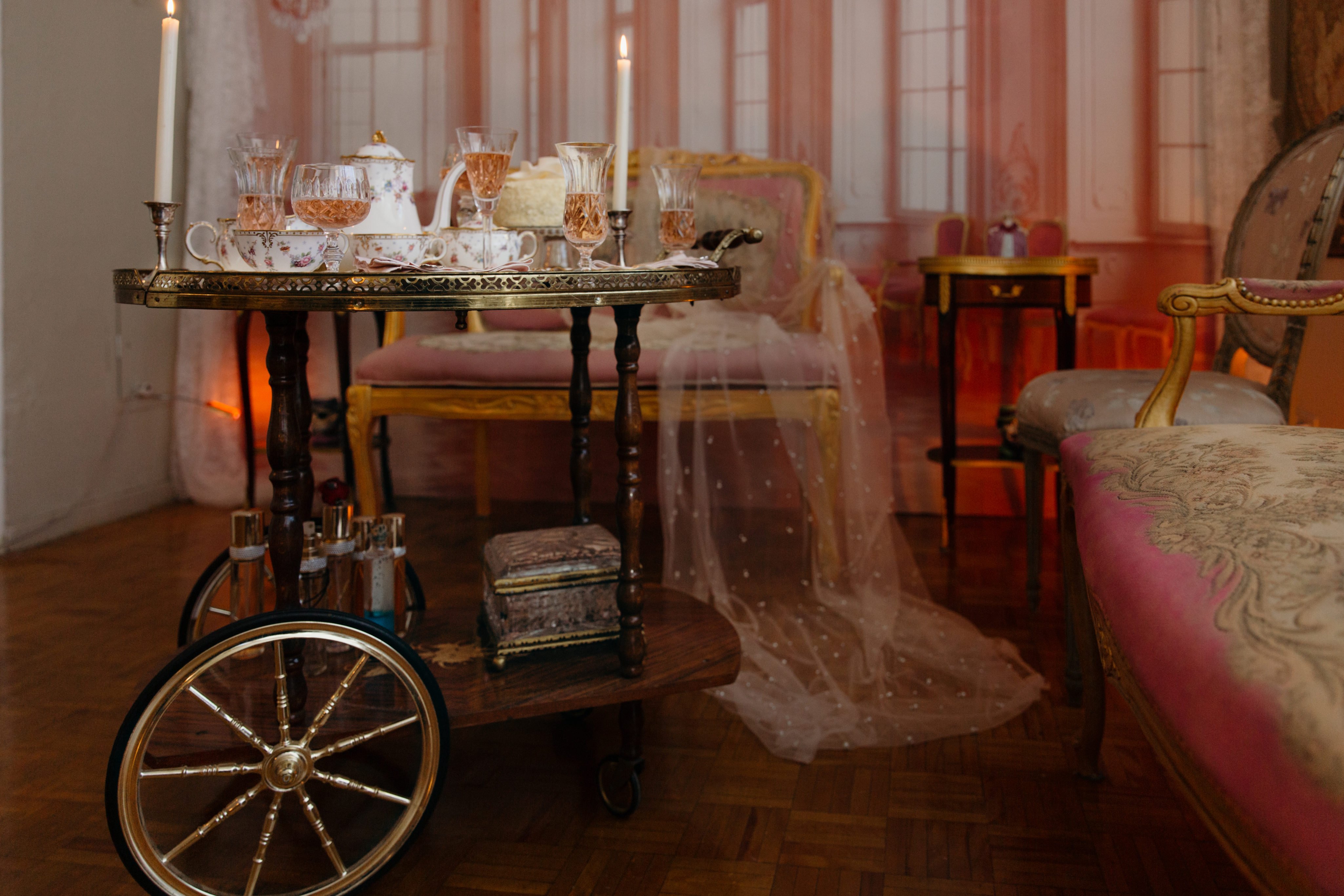 Henderson bought this Royal Antoinette tea set from the Singing Lady, a consignment shop on the Queensway. Total purchase price: $3,000. 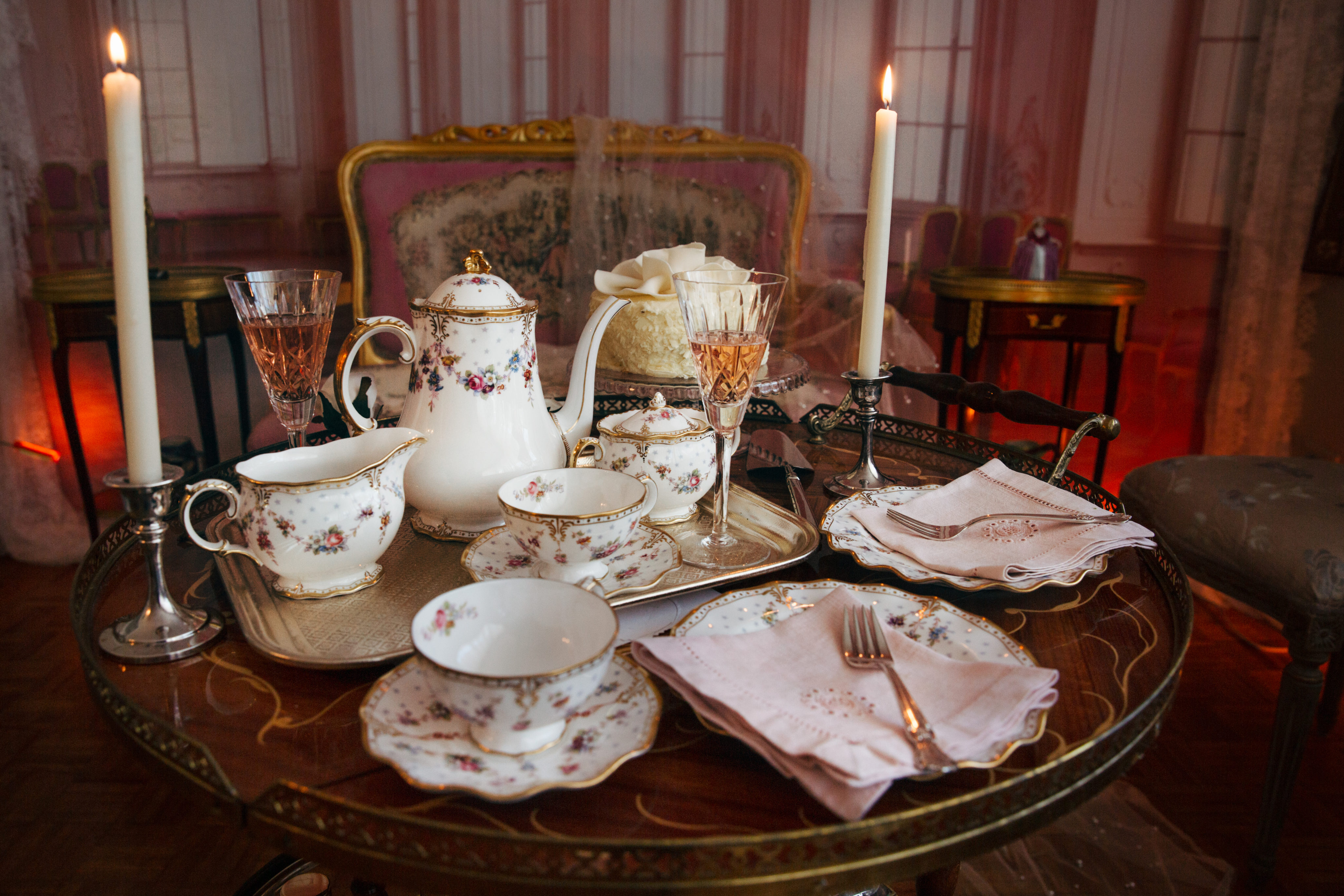 He picked up this settee and chair on Craigslist and Kijiji, then he painted the fabric in a watered-down pink and the trim in gold. Henderson loves the pastoral tapestry hanging in the background: “That’s a souvenir I imagine you would buy if you went to Paris or Versailles in 1904,” he says. “The copper thread looks like gold.” 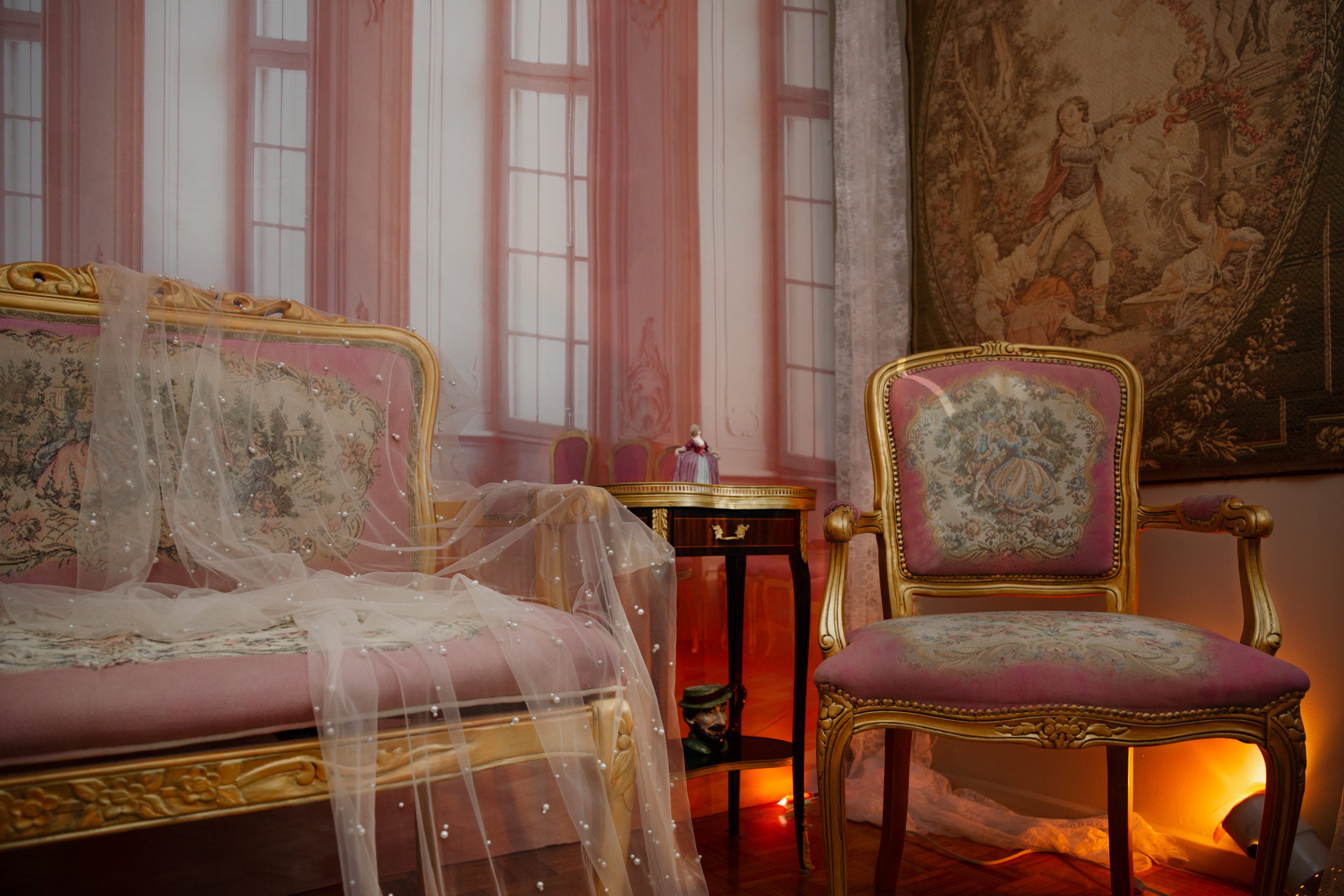 Henderson snagged this 1964 Jim Beam whiskey bottle in Los Angeles, where the actress Barbara Eden—who played the titular role in I Dream of Jeannie—was auctioning off genie bottles. 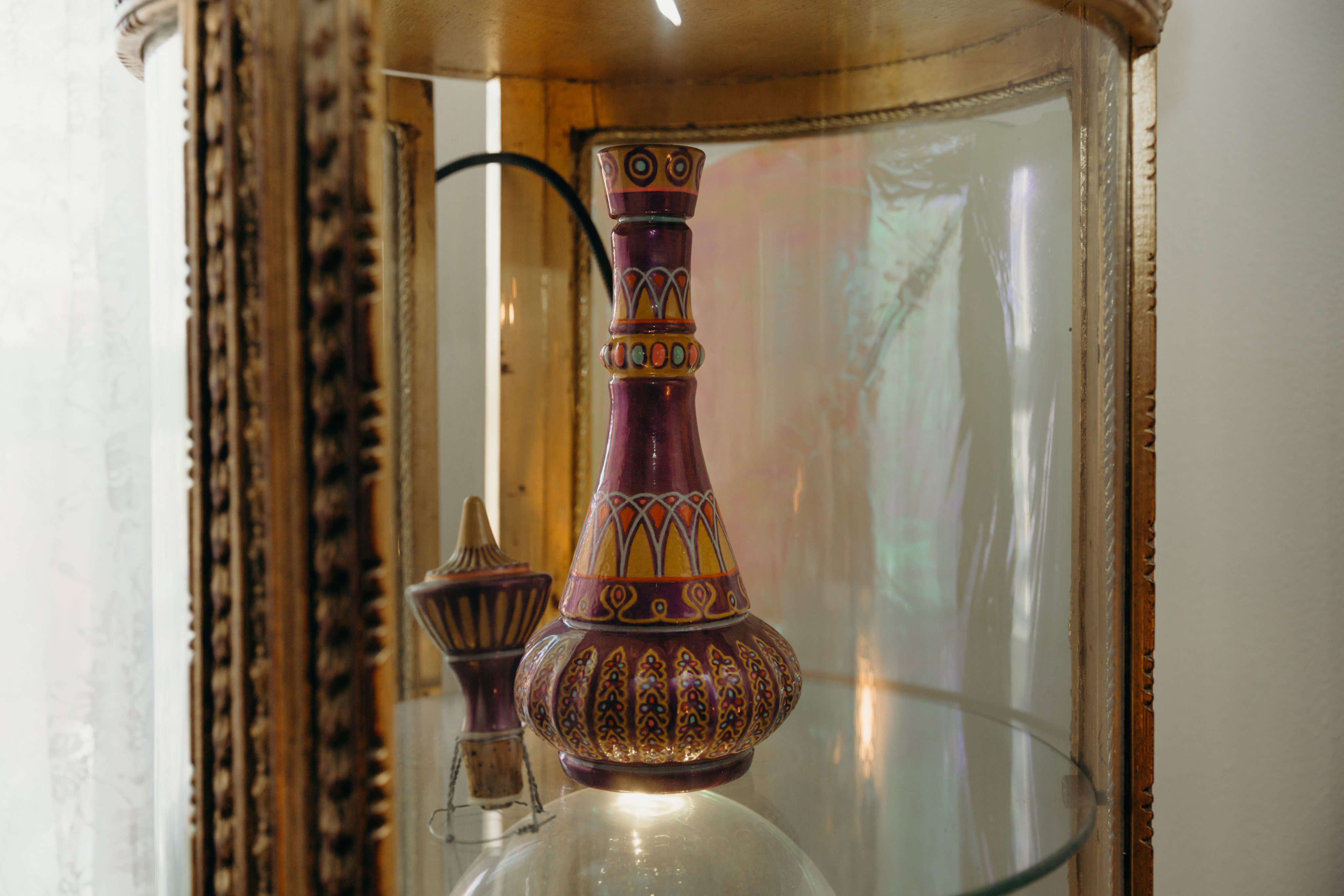 He writes letters to friends in his “enchanted corner.” Before sending, Henderson dabs the paper in Elizabeth Taylor White Diamond perfume and seals each missive in wax. 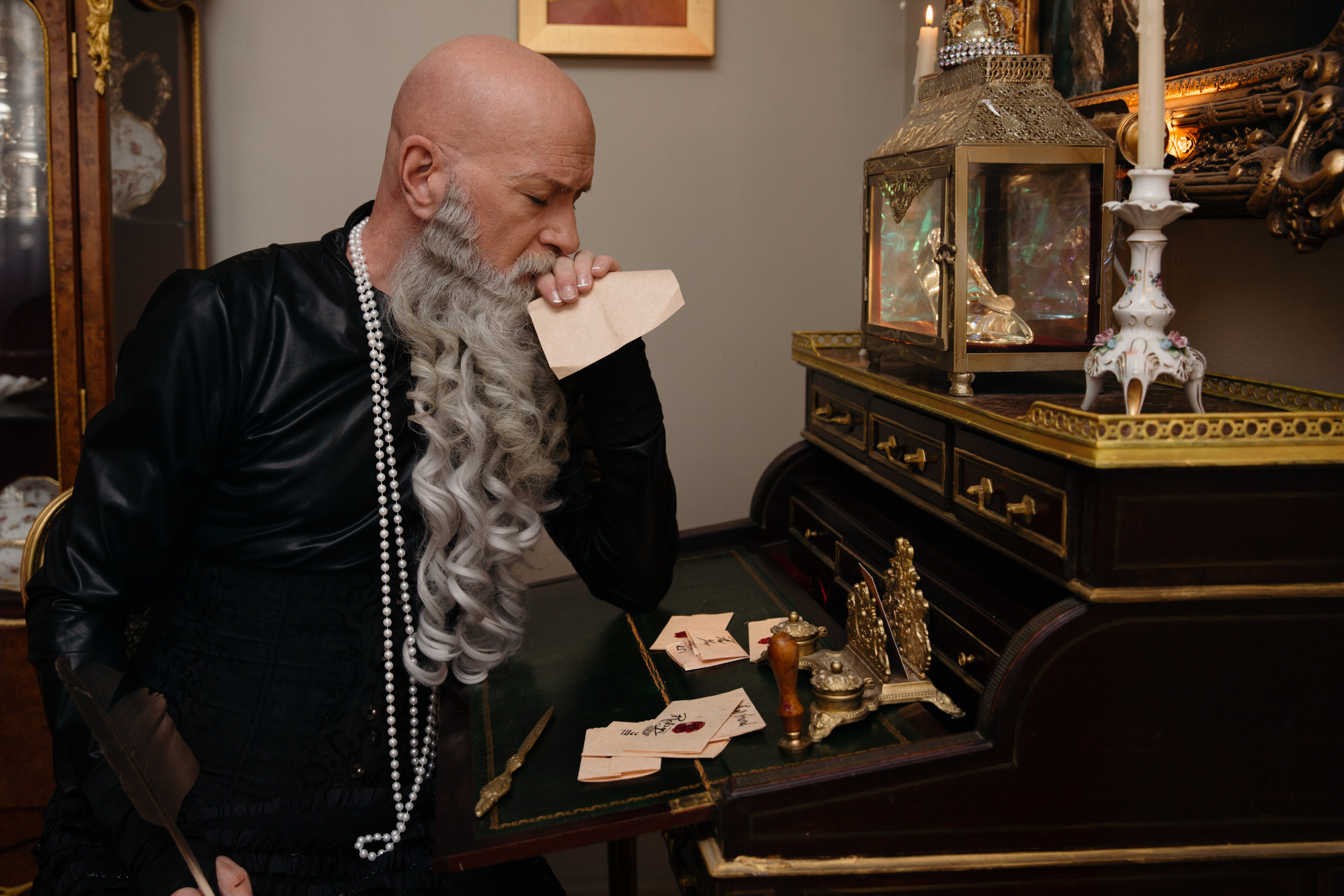 Henderson found the white-mantled fireplace in a dumpster and added the interior rotating logs afterward. He took the mirror above it from a guy who owed him $400. “I snatched it off the wall in his office,” he says. “I told him, ‘You’ll get this when I get the money.’ Then I came home and painted it.” 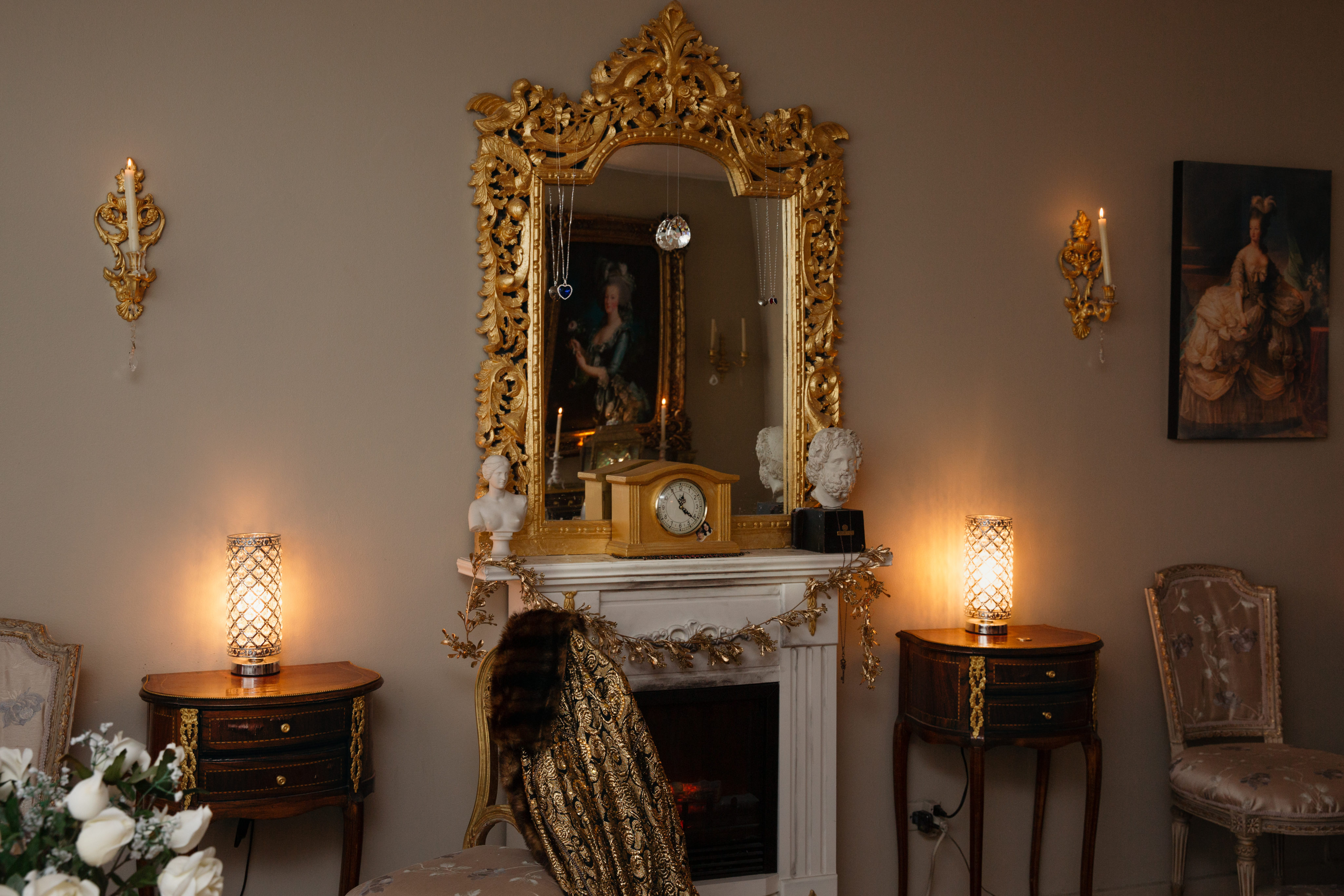 A letter from the office of Lady Diana hangs in the hallway. Henderson met the Princess of Wales in 1991, when he volunteered at Casey House. 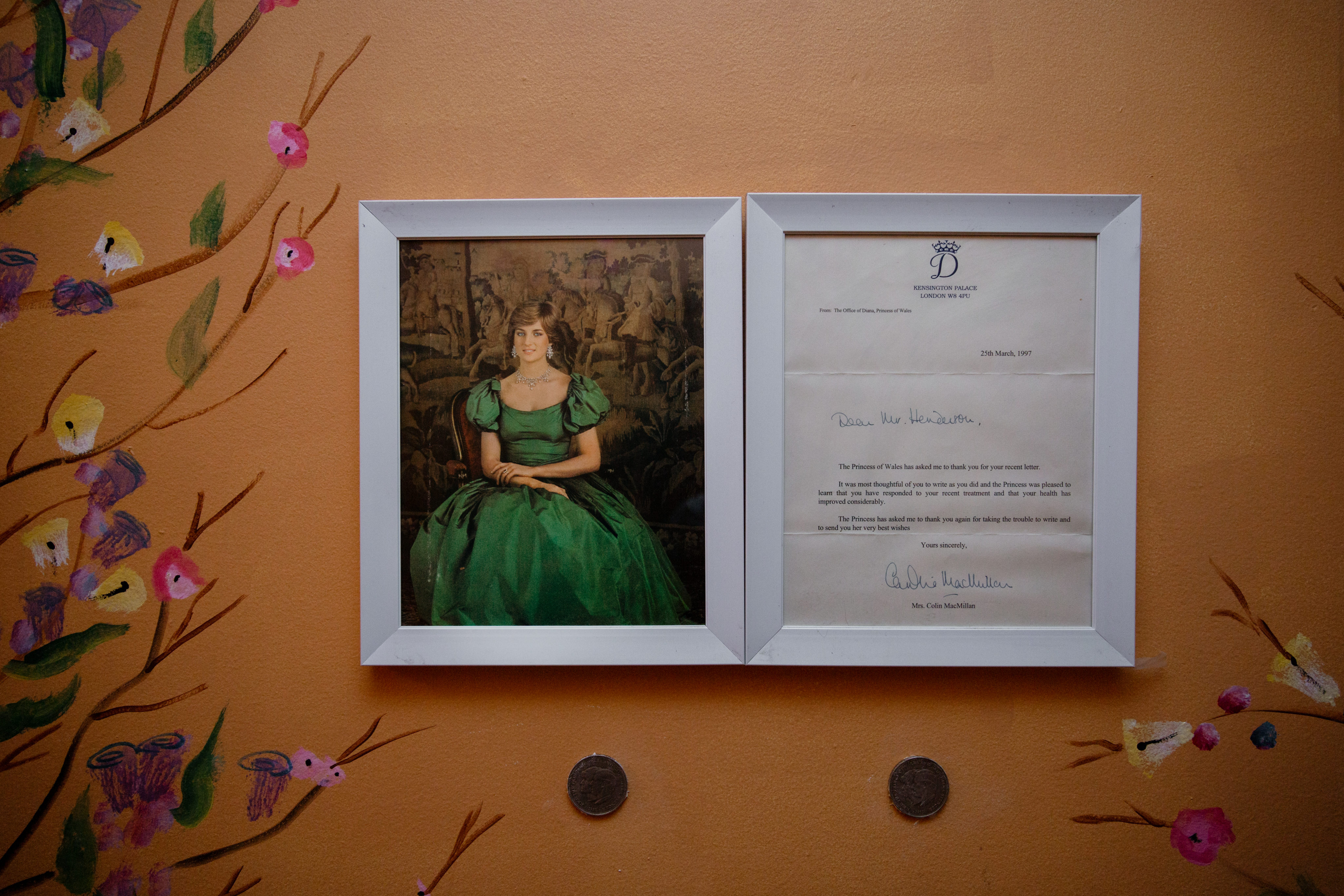 Henderson has had this six-foot single bed since he was a boy. He modelled it after Marie Antoinette’s bed; painting it gold; making the corona by gluing a stolen Taco Bell food tray to the ceiling and draping fabric from it; creating the bedspread from an $11 sequin tablecloth from Ali Express; distressing the roses and cherubs atop the footboard with metallic paint. “I sleep like Lily Munster,” says Henderson, referring to the vampiric Munster family matriarch, who slept with her palms resting on her chest. 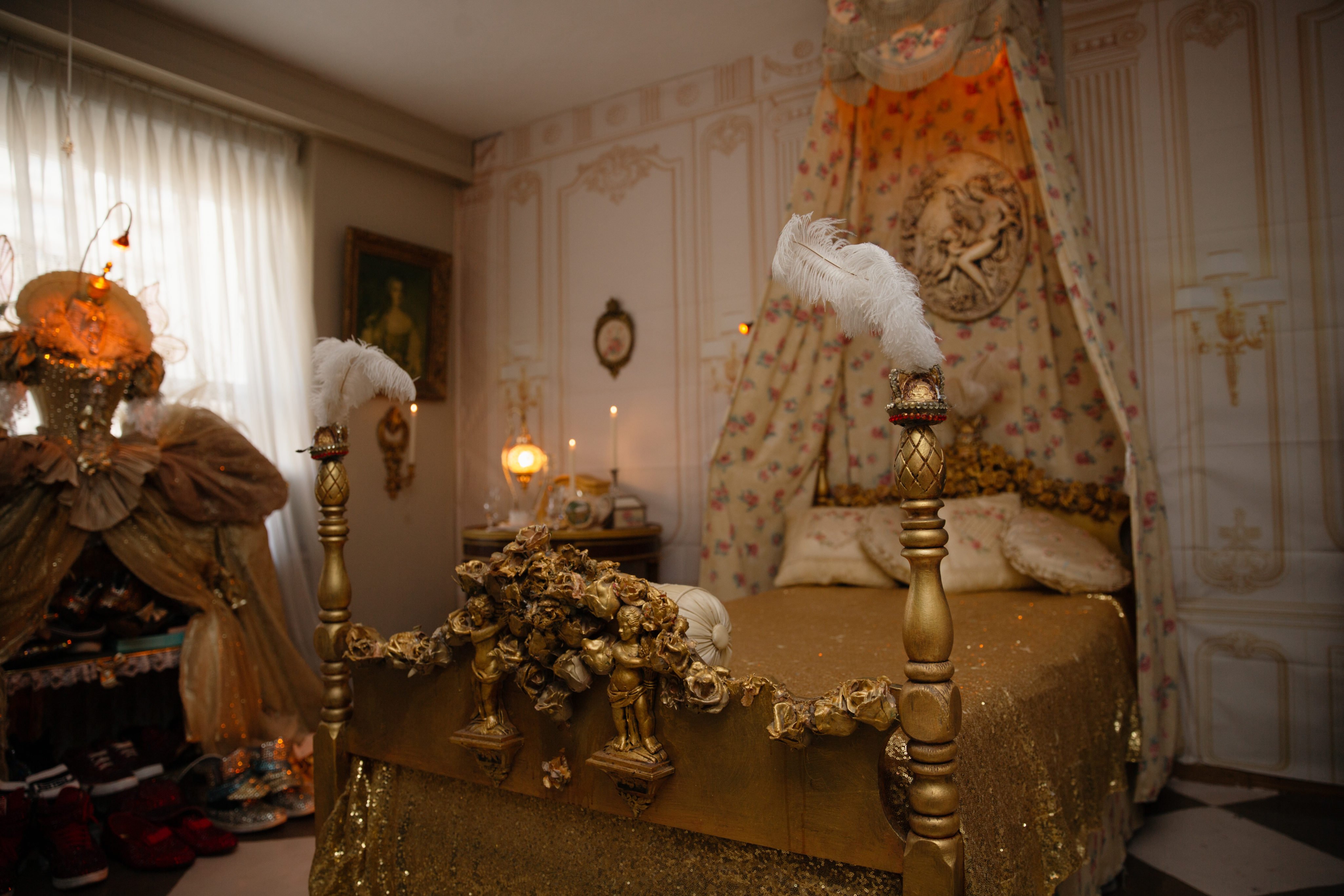 The beautiful hanging lamp is a gift from his sister. “I imagine a queen would have loved it,” he says. 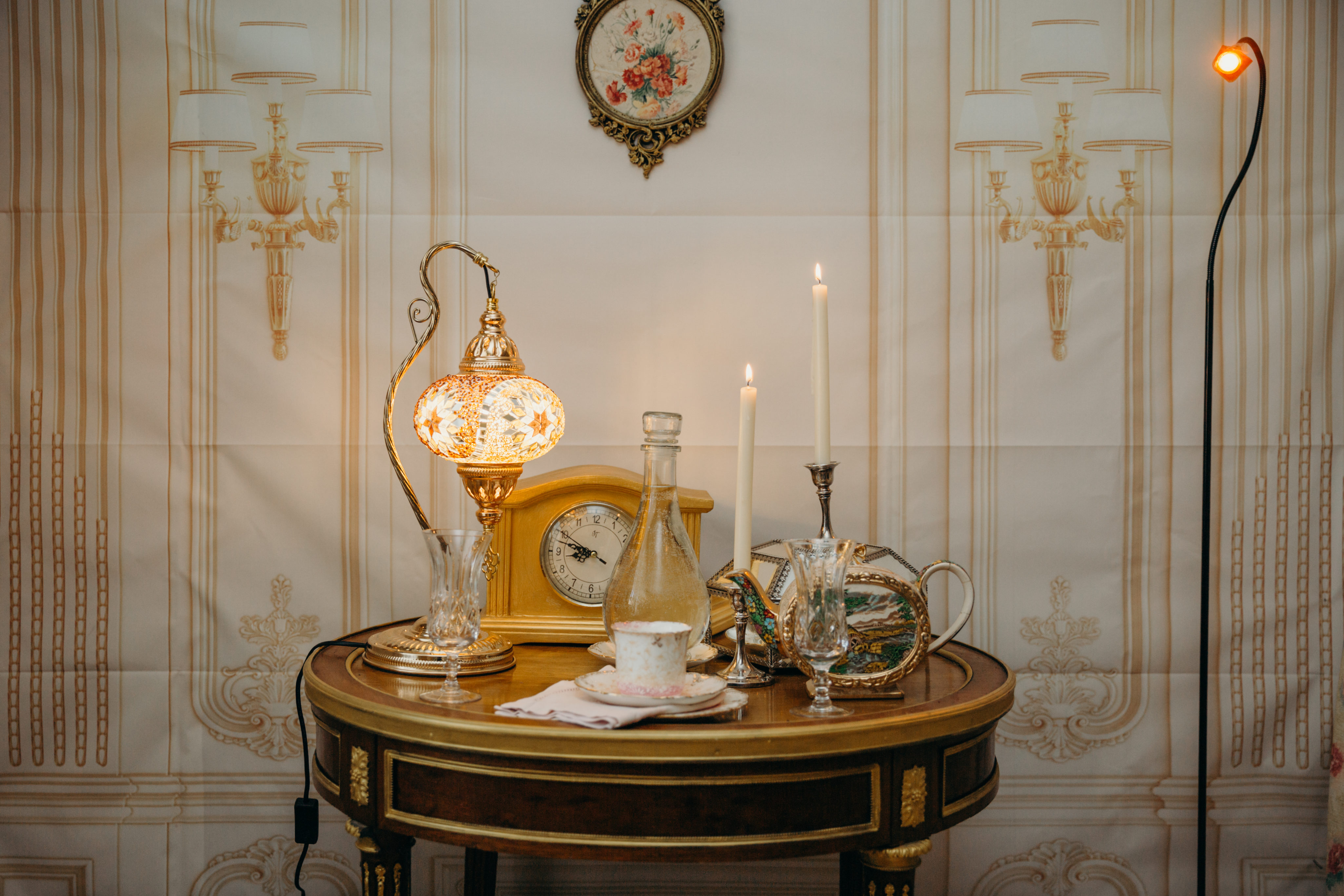 A vinyl mural from AliExpress gives the impression his bedroom wall has intricate moulding. Henderson used a carpet cutter to slice out the three doors. 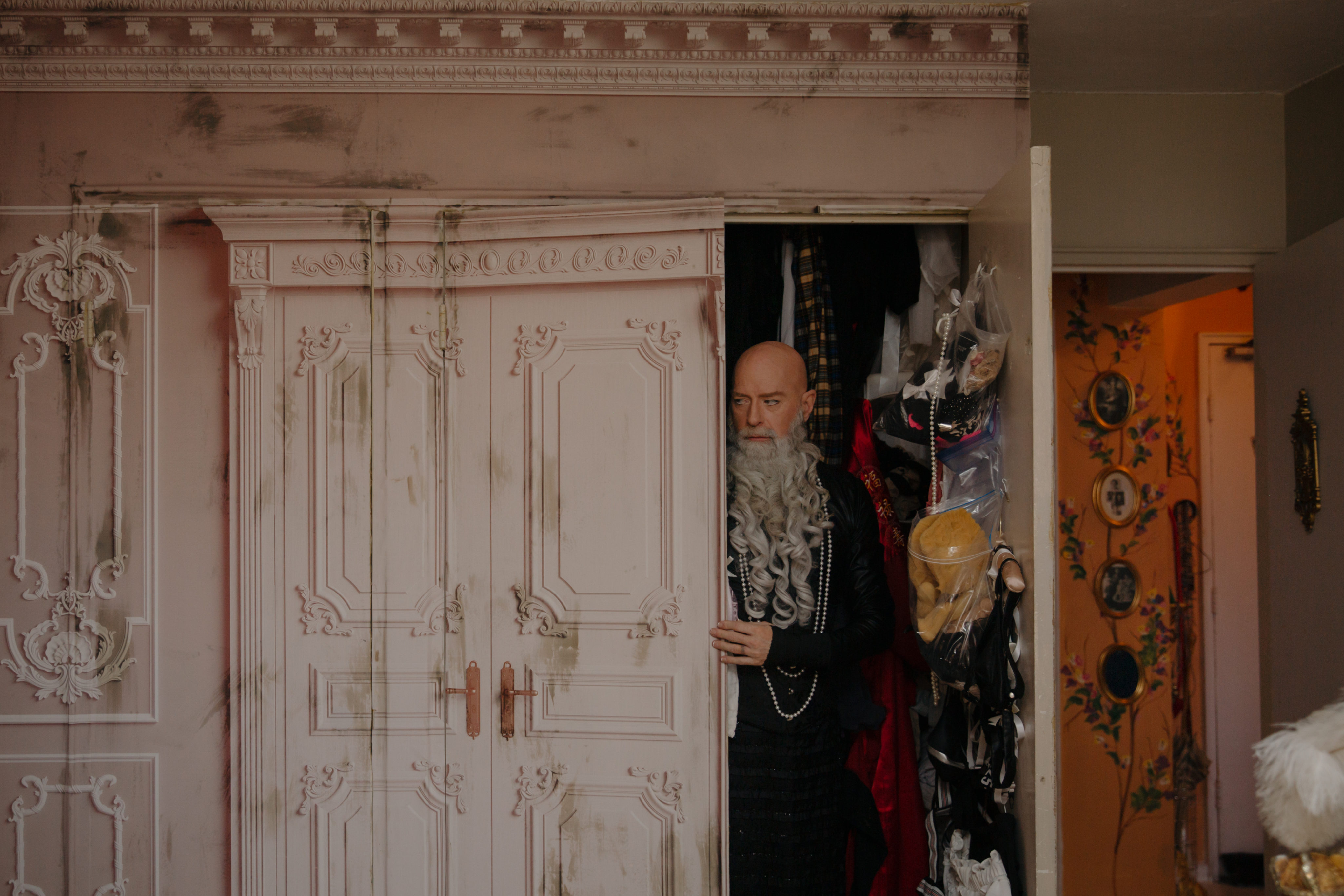 Henderson made the dress with fabric from Dollarama, then decorated it with lace, gold and Swarovski crystals. He got the wire form from a prop and costumes sale at the Canadian Opera Company, where he used to perform. 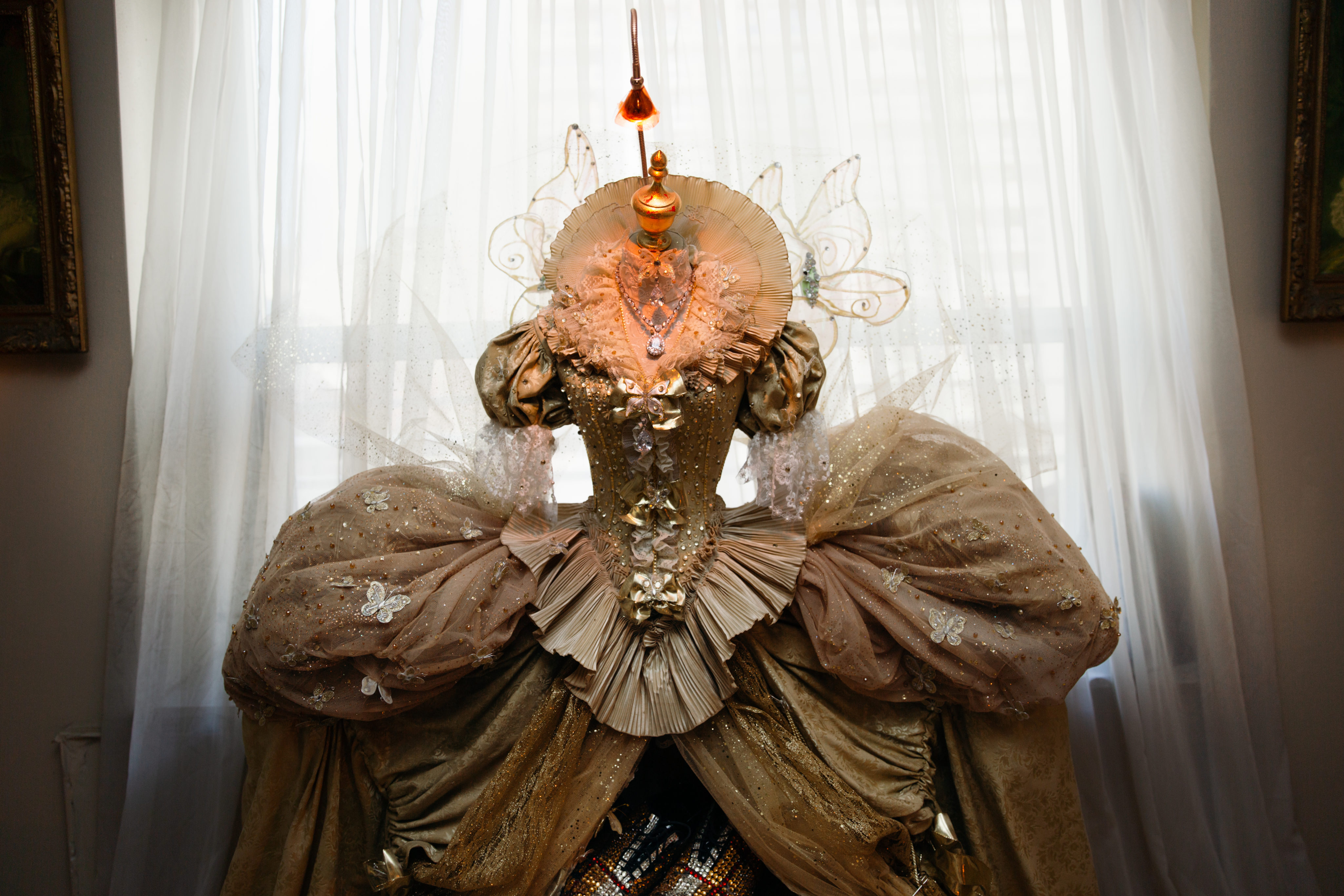 Mark likes to festoon his sneakers with twinkly things, too. 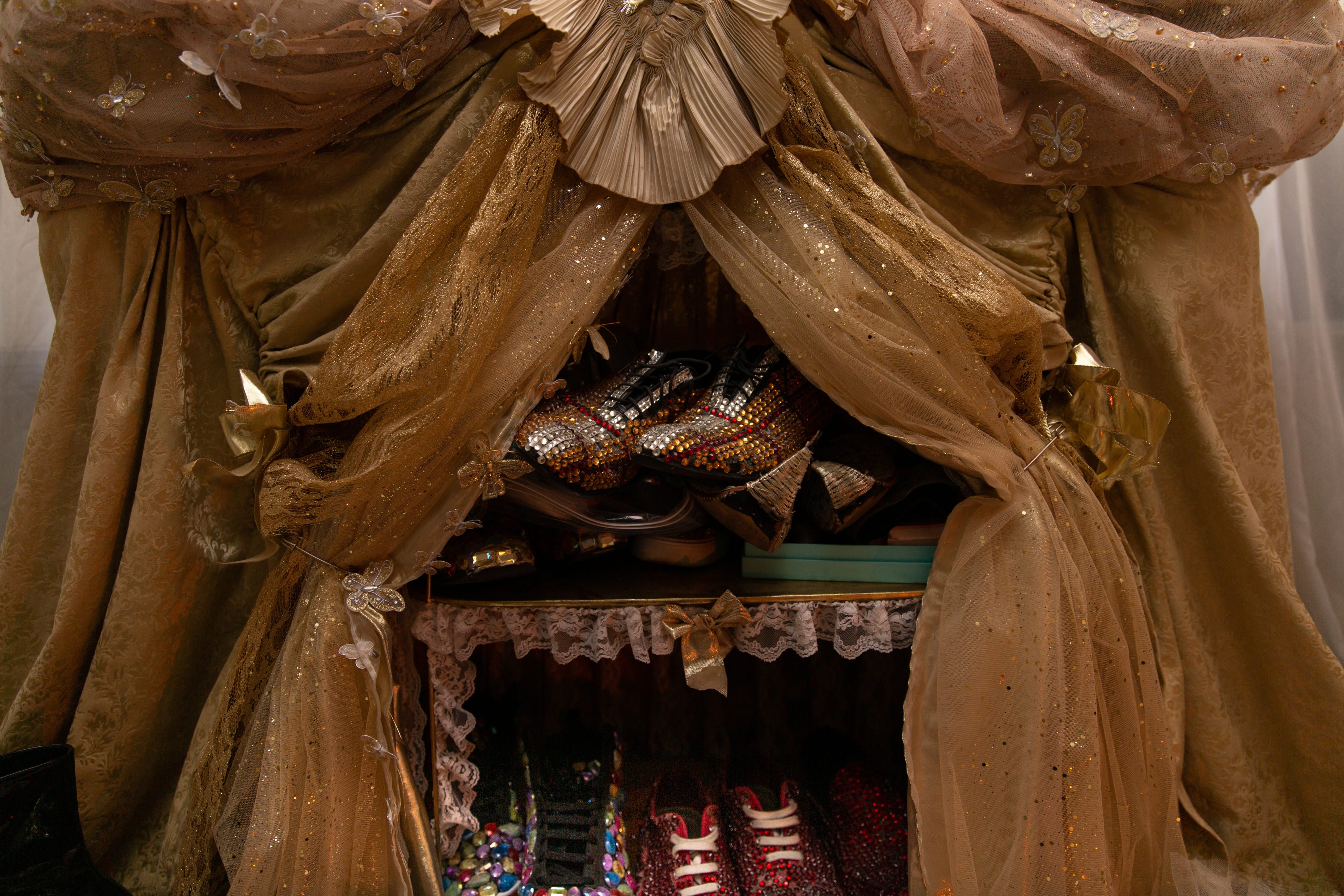 Do you know someone with a wicked apartment? We’d love to hear about it: realestate@torontolife.com