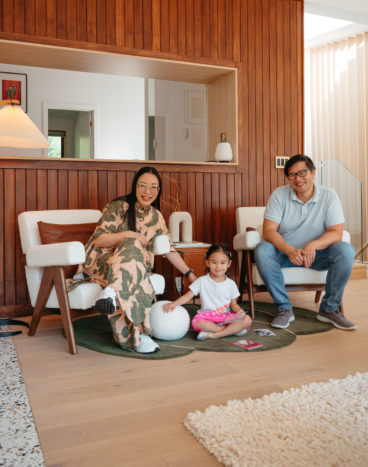 In 2010, Chris and Jane Ong bought a loft in Riverdale—they loved the open, airy layout and the walkable neighbourhood. For a decade, they lived there happily. Then, in 2019, they had their daughter, Madden, and a year later, like everyone on the planet, they were contending with a pandemic.

With no rooms to escape to for privacy, the couple found it impossible to work from home. Jane is a sales lead at a social media company, and Chris is a tech consultant. “I got tired of rolling my office chair into the washroom to take calls,” says Chris. They considered putting up walls and enlisted the aid of Claudia Bader and Timothy Mitanidis, founders of Creative Union Network, who drew up plans to that effect. But then they decided to explore the possibility of buying a detached home before committing to reconfiguring their loft.

They had a budget and a style in mind and looked beyond their preferred neighbourhoods to find something they could afford. They’re fans of mid-century modern design, and a 2,000-square-foot backsplit in Don Mills caught their eye. “The house had been lovingly maintained,” Jane says, “but it wasn’t exciting.”

Built in 1955, it had a chopped-up layout with four bedrooms, a low, dark basement and a concrete pool. “Rumour has it that the second owner was a pool contractor and built this one for his family in the 1960s,” says Jane. “You can imagine them hosting swinging Mad Men–style parties” 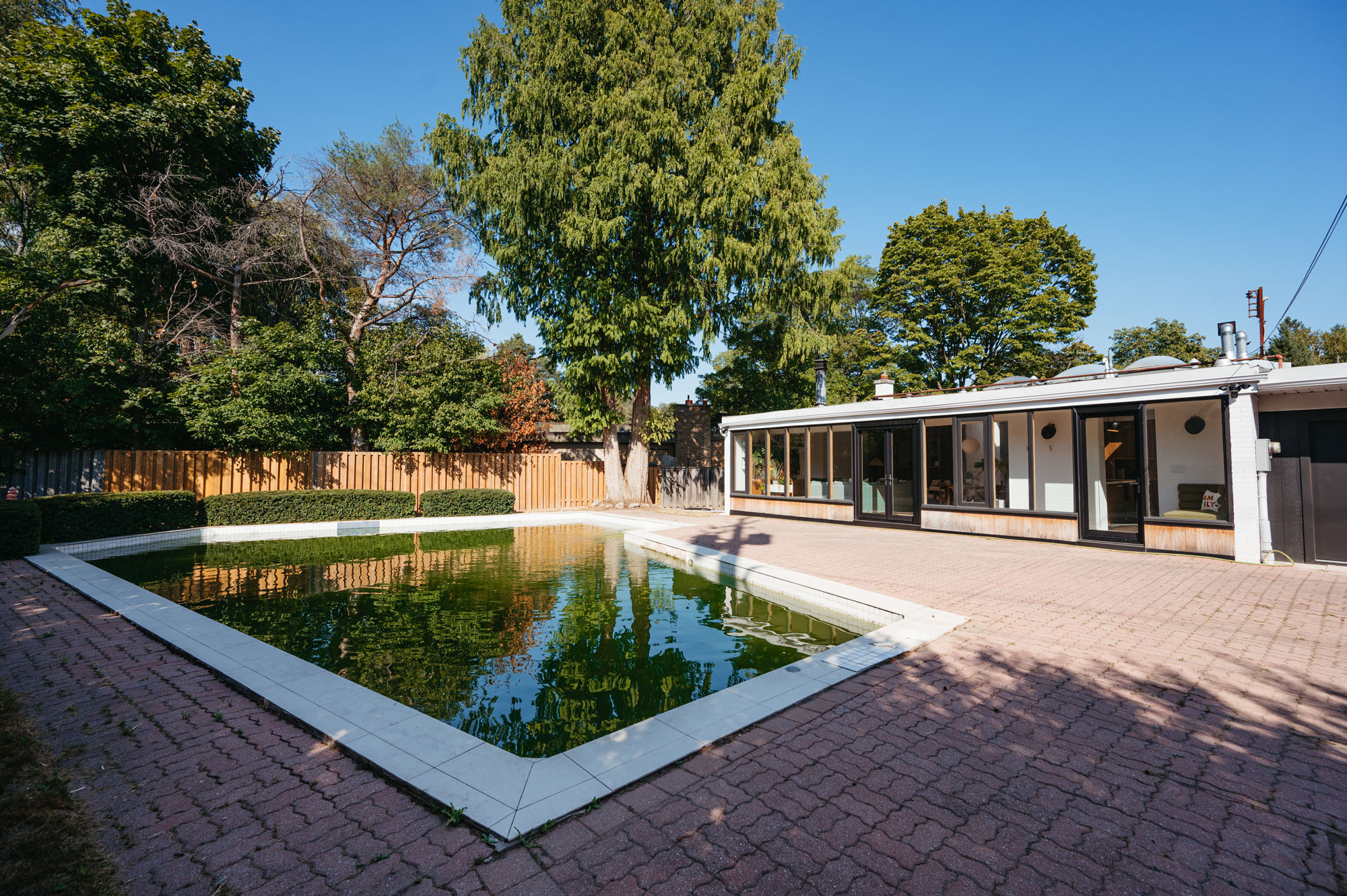 The Ongs wrote a letter to the owner explaining that they were a young family and they wanted to restore the house, not tear it down. The owner agreed to sell, and they finalized the deal in June of 2020.

Next, they began a year-long reno, with Evgenia Filipenko of Creative Union Network heading up the design and Archetype Construction gutting and overhauling the place, inside and out. They amped up the exterior with ash wood and black metal cladding. Inside, the kitchen, family and dining areas are now all one space, with the exception of one wall that was part of the old exterior.

In October of 2021, the family finally moved in, and they’re smitten with the results—though they admit they miss walking to Corktown Common. “Our house makes it easy to love it here,” says Jane, who adds that they haven’t fully abandoned downtown living. “Instead of selling our loft, we rented it out, and we held on to the design plans from Claudia and Tim.” In the future, it’ll be an ideal empty nester retreat.