A recently renovated two-bed, four-bath split-level home near St. Clair and Bathurst. It’s the former home of Canadian painter York Wilson, known for his large-scale murals. The glass façade is tucked behind the carport, making it seem like a private artist’s retreat. On the inside, there’s a combination of mid-century modern and minimalist features.

In 1955, architect J.B. Layng built this place for York Wilson. It stayed in the Wilson family for nearly 60 years and, in 1997, both the exterior and interior were designated under the Ontario Heritage Act.

In late 2013, a real estate agent bought the place from the artist’s nephew for $2,157,000, planning to renovate most of the interior and increase the square footage, while maintaining historical features like the exposed brick and split-level layout.

At the time, the place had scuffed-up concrete flooring, dated carpeting and a solarium at the back. The real estate agent lived in the unrenovated home for nearly two years before beginning the restoration process, which involved 18 months of planning and obtaining permits via Heritage Toronto.

The architect, Angela Tsementzis, made sure that the designs incorporated mid-century modern features that would have been in the home when Wilson lived and worked there. She maintained the split-level layout, enlarged the window and preserved the minimalist finishes of brick, stone and wood. Contractors also built a two-storey addition at the back of the house, with huge-floor-to-ceiling glass on the lower level to bring in plenty of natural light.

Renovations finished in 2019. The seller recently moved to Thornbury to be closer to Blue Mountain, where their daughter skis. Next, they’re looking for a reno project in Florida.

During the renovation, the seller had the original carport reinforced and added heated flagstone to the courtyard: 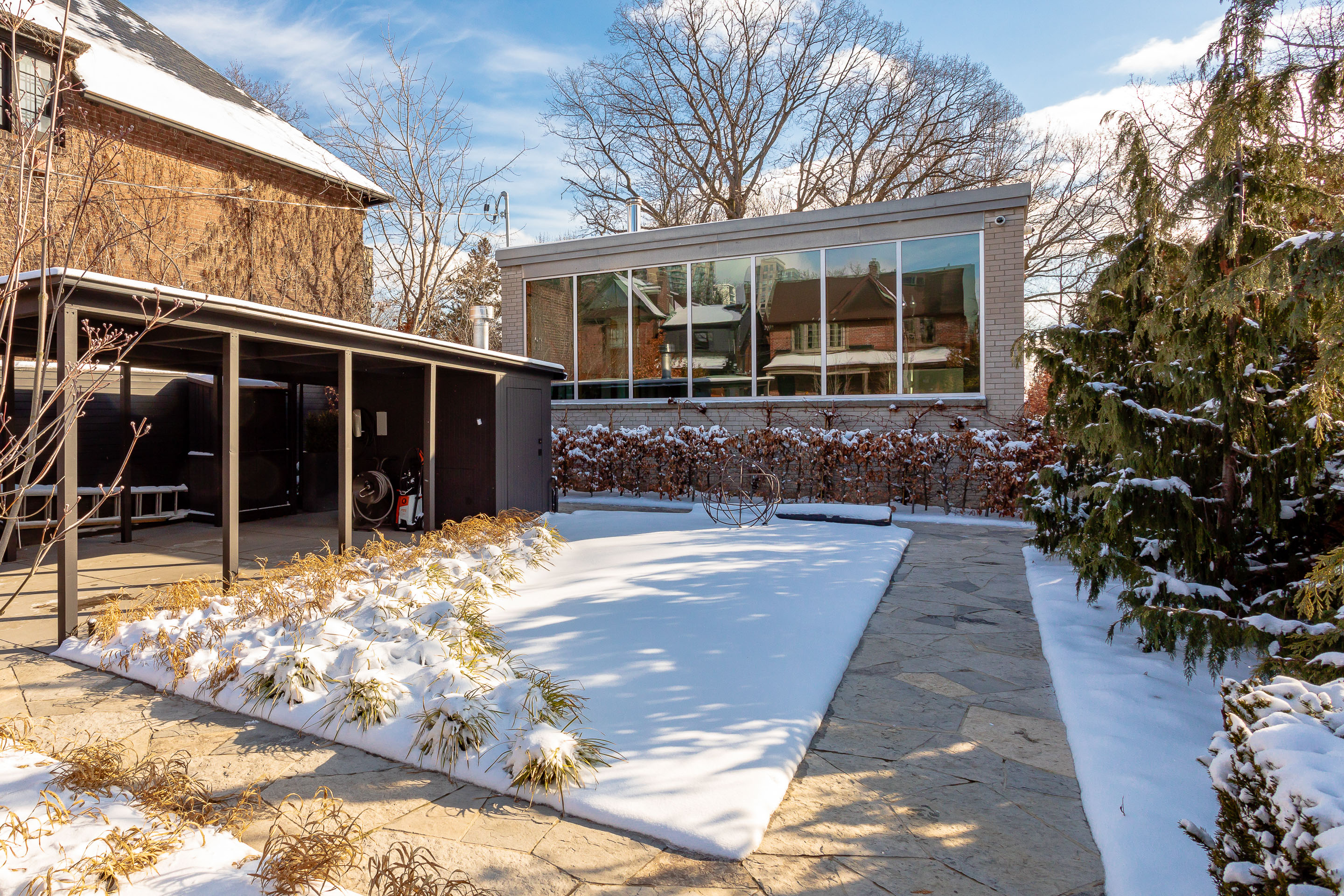 Inside, the polished concrete floors are outfitted with a radiant heating system. Along the wall, that’s the original exposed brick from the 1950s: 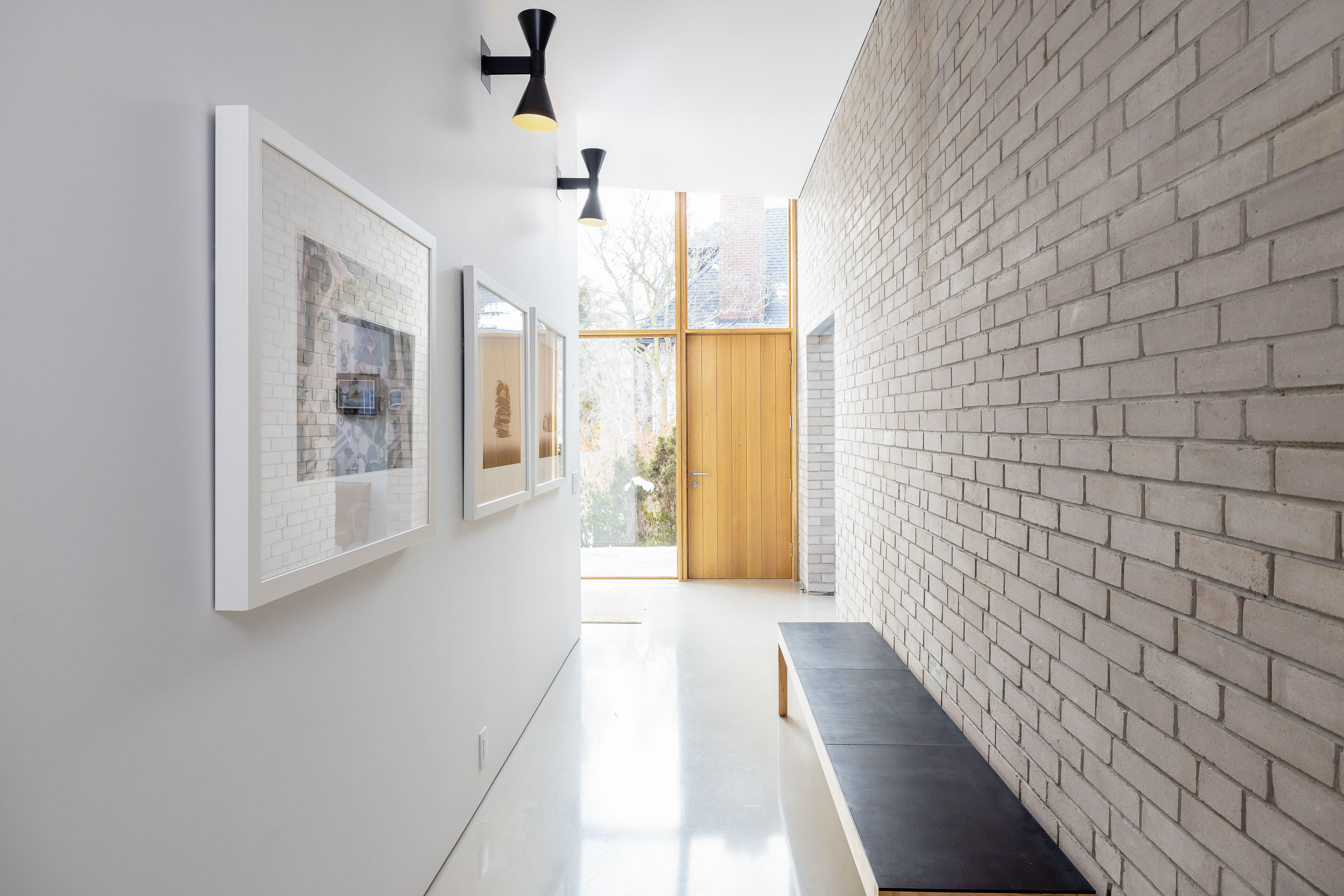 There are 15-foot ceilings in the den, where Wilson had his studio. The seller added the “Fireorb,” a suspended wood-burning fireplace: 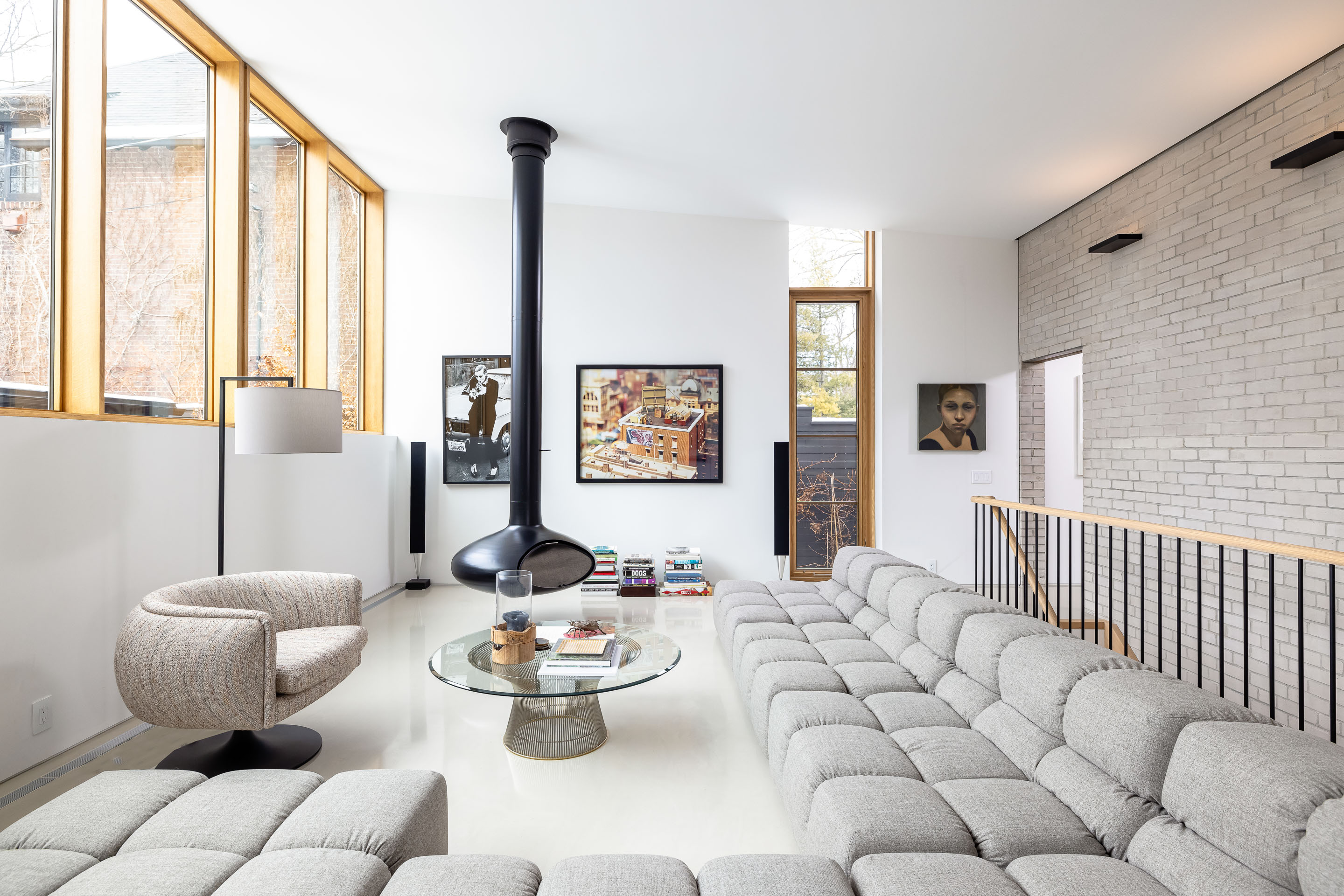 The wall-to-wall custom windows match the originals, but with new oak frames: 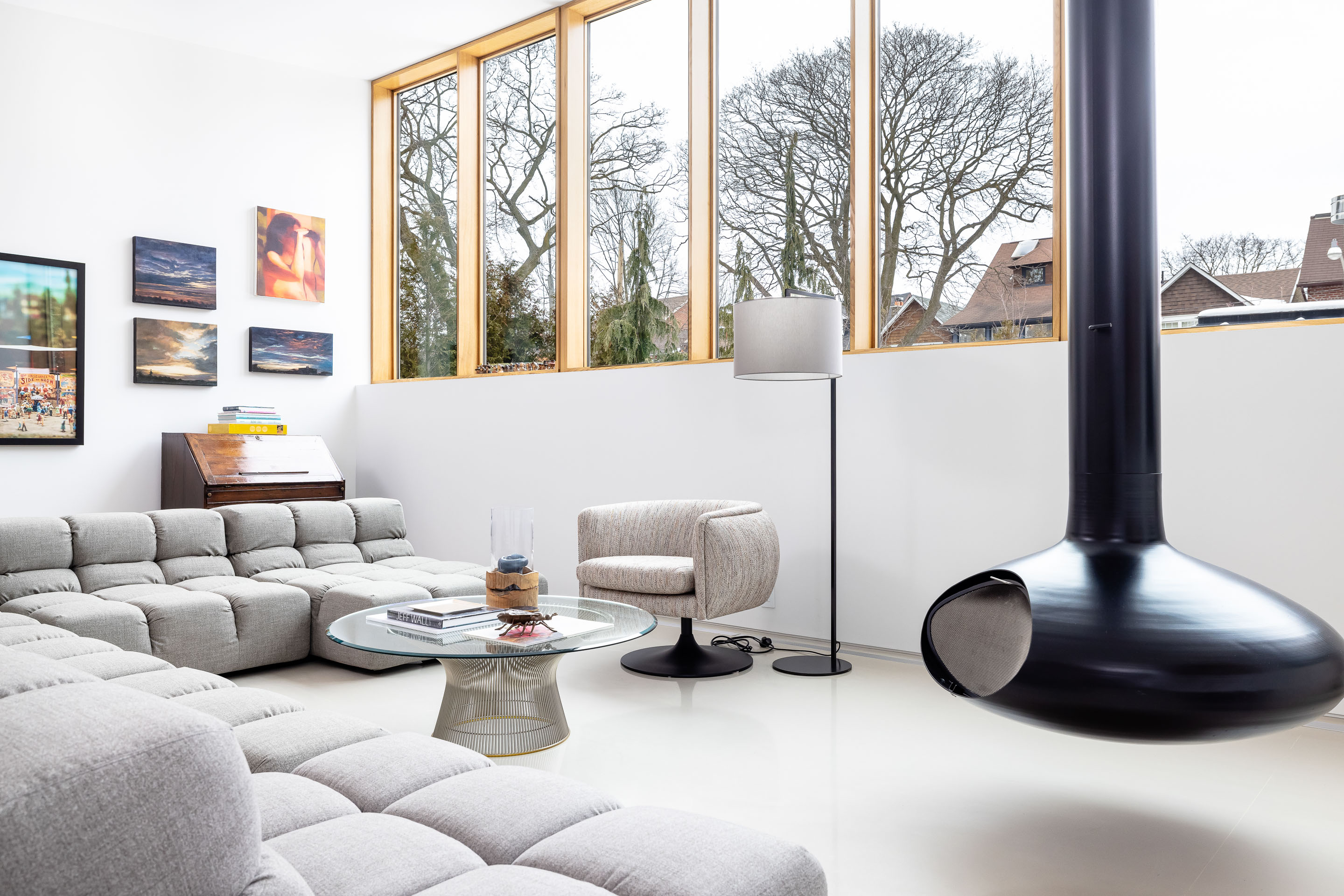 On the lower level of the main floor, there’s a 550-square-foot living room. That’s the original wood-burning fireplace: 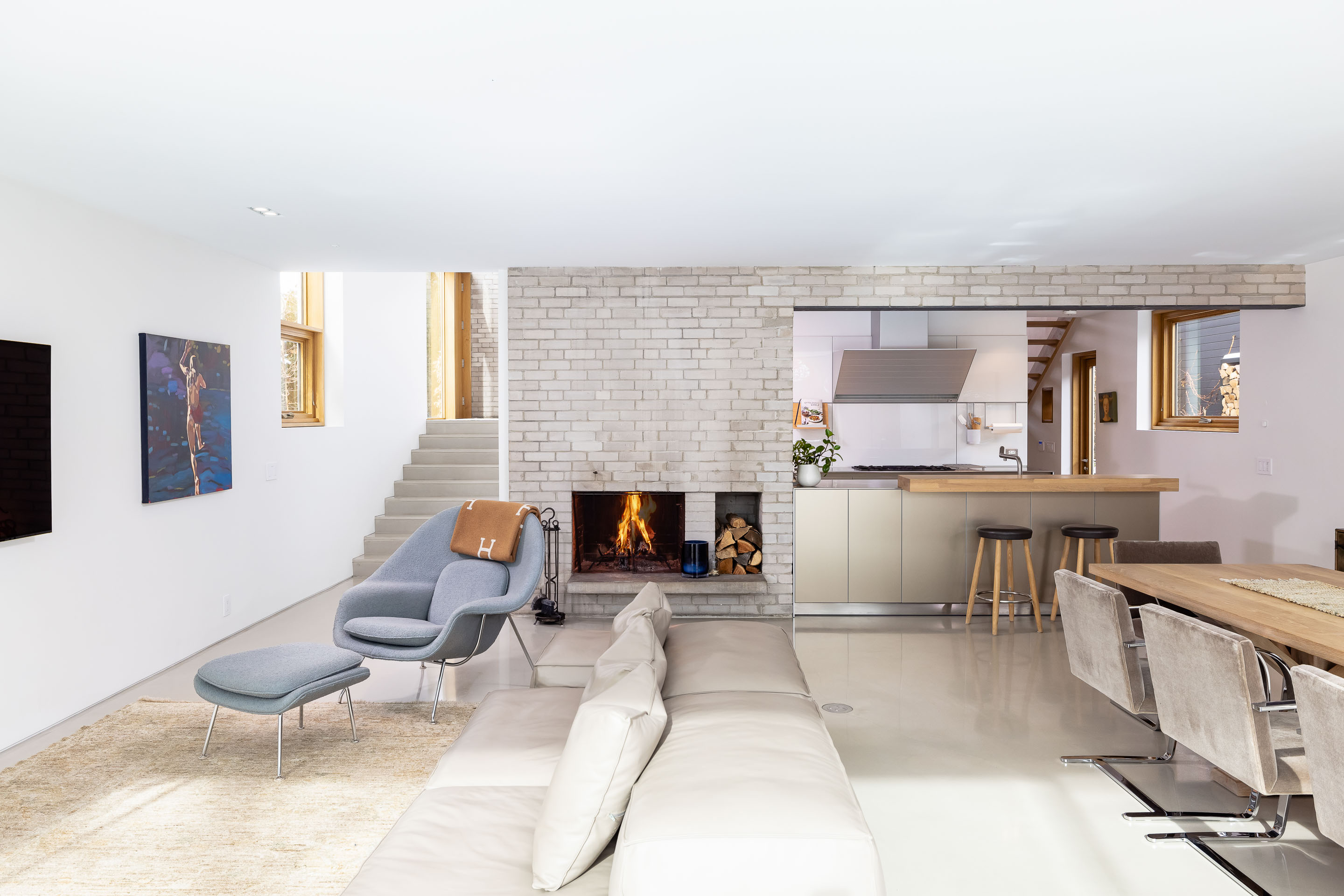 The floor-to-ceiling glass windows look out to the backyard: 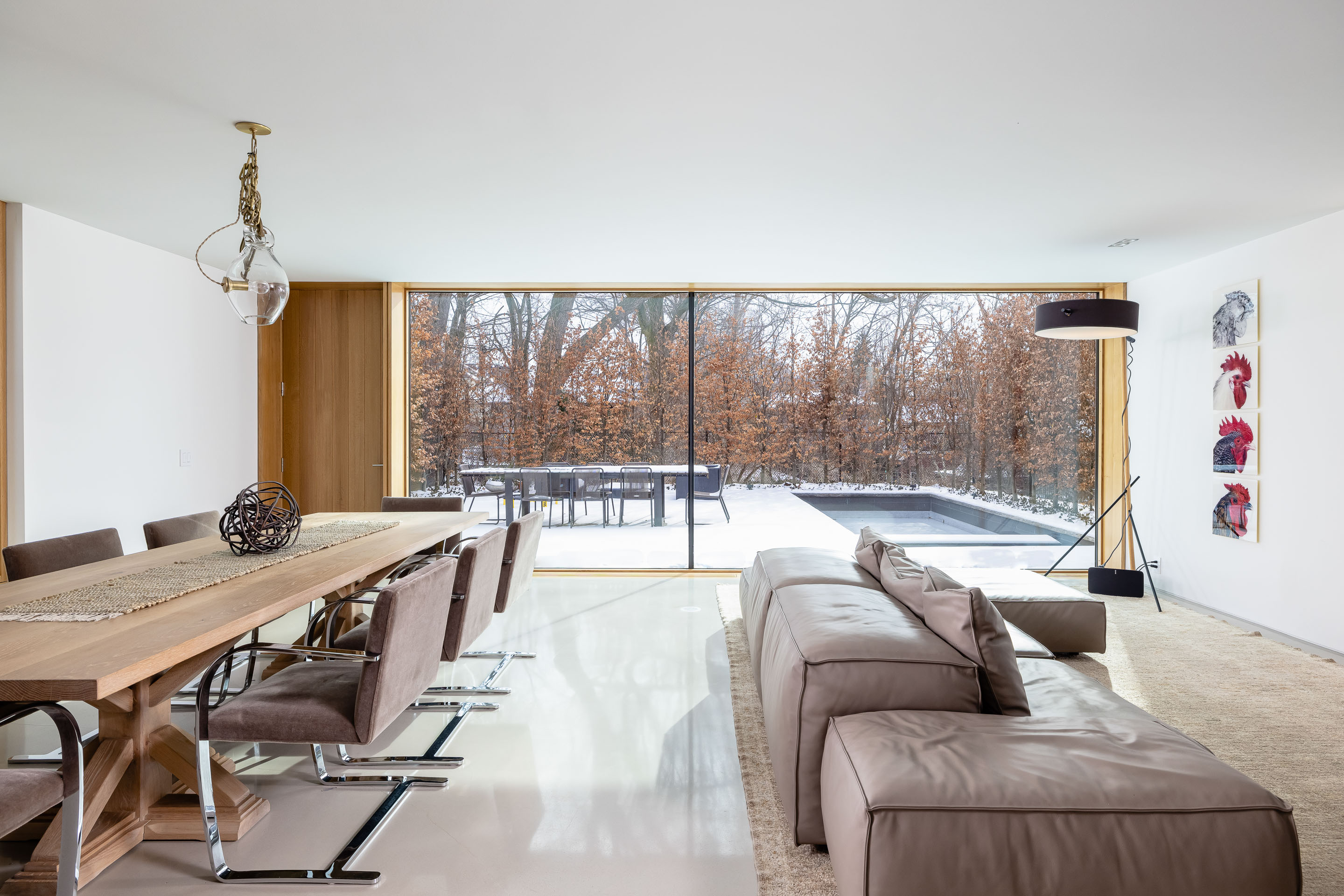 The architect chose this stainless steel and aluminum kitchen to complement the 1950s grey brick: 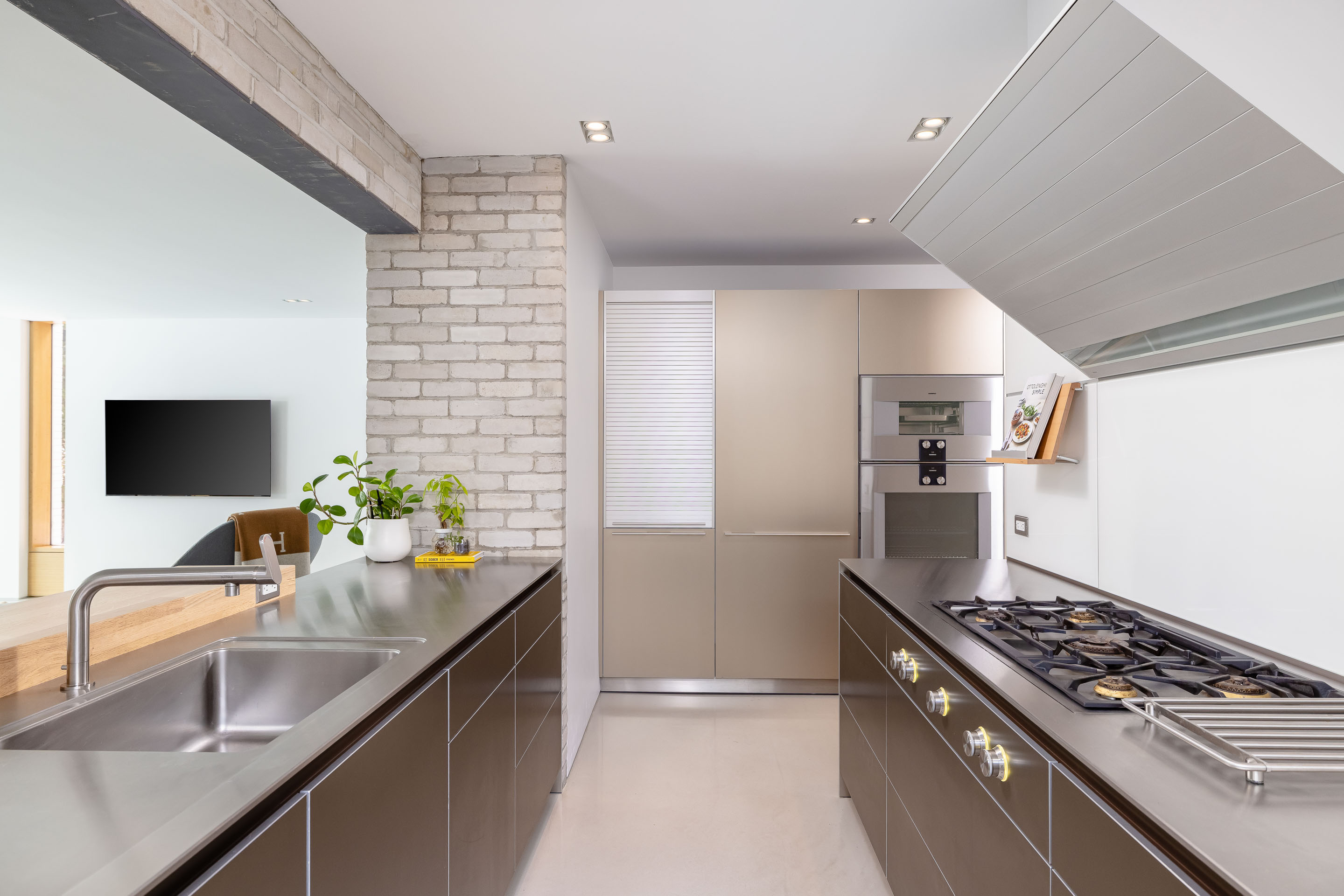 There’s black mosaic tile in the main-floor powder room. That circular captain’s mirror is hanging from a leather strap: 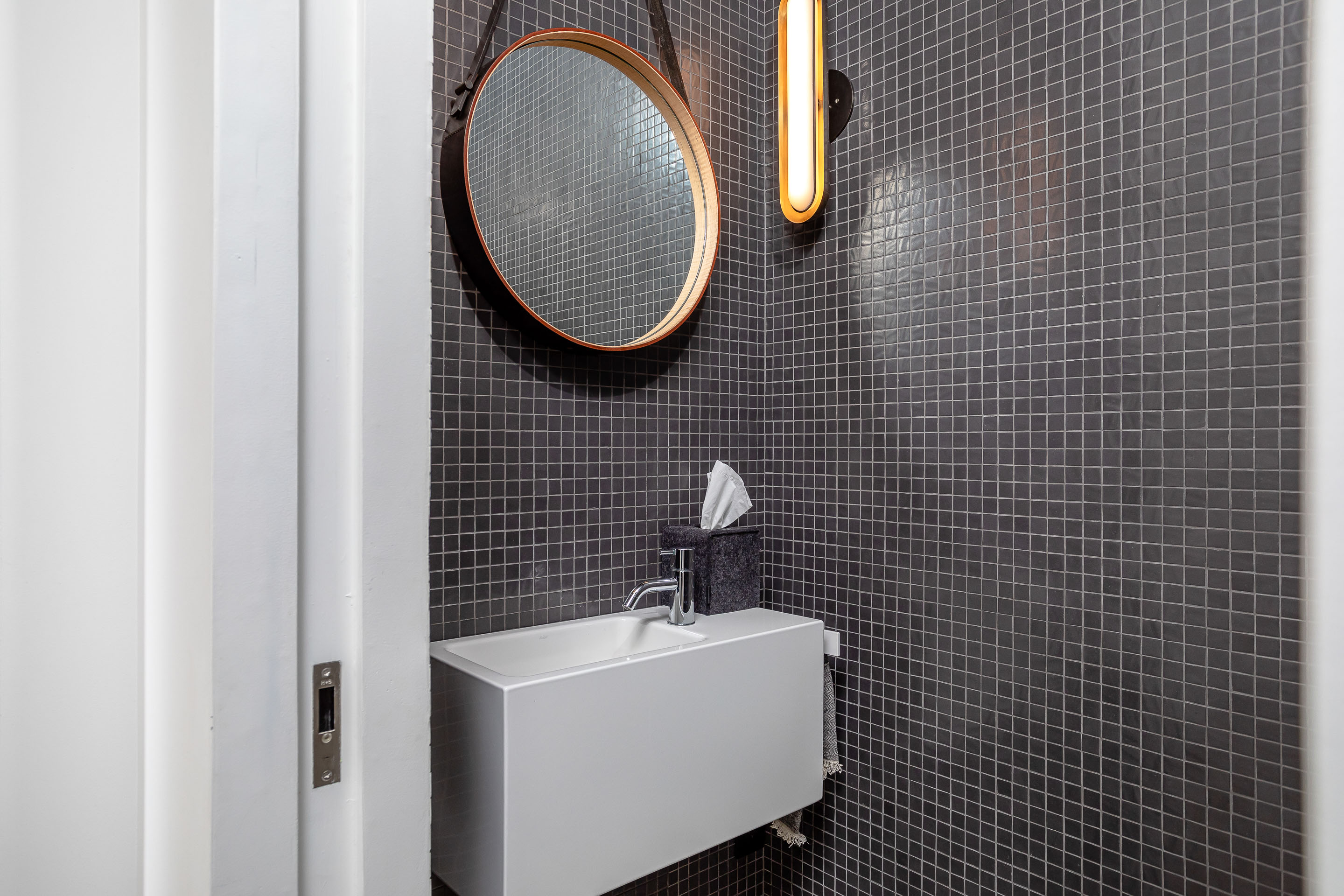 The open-riser staircases are also from the original home: 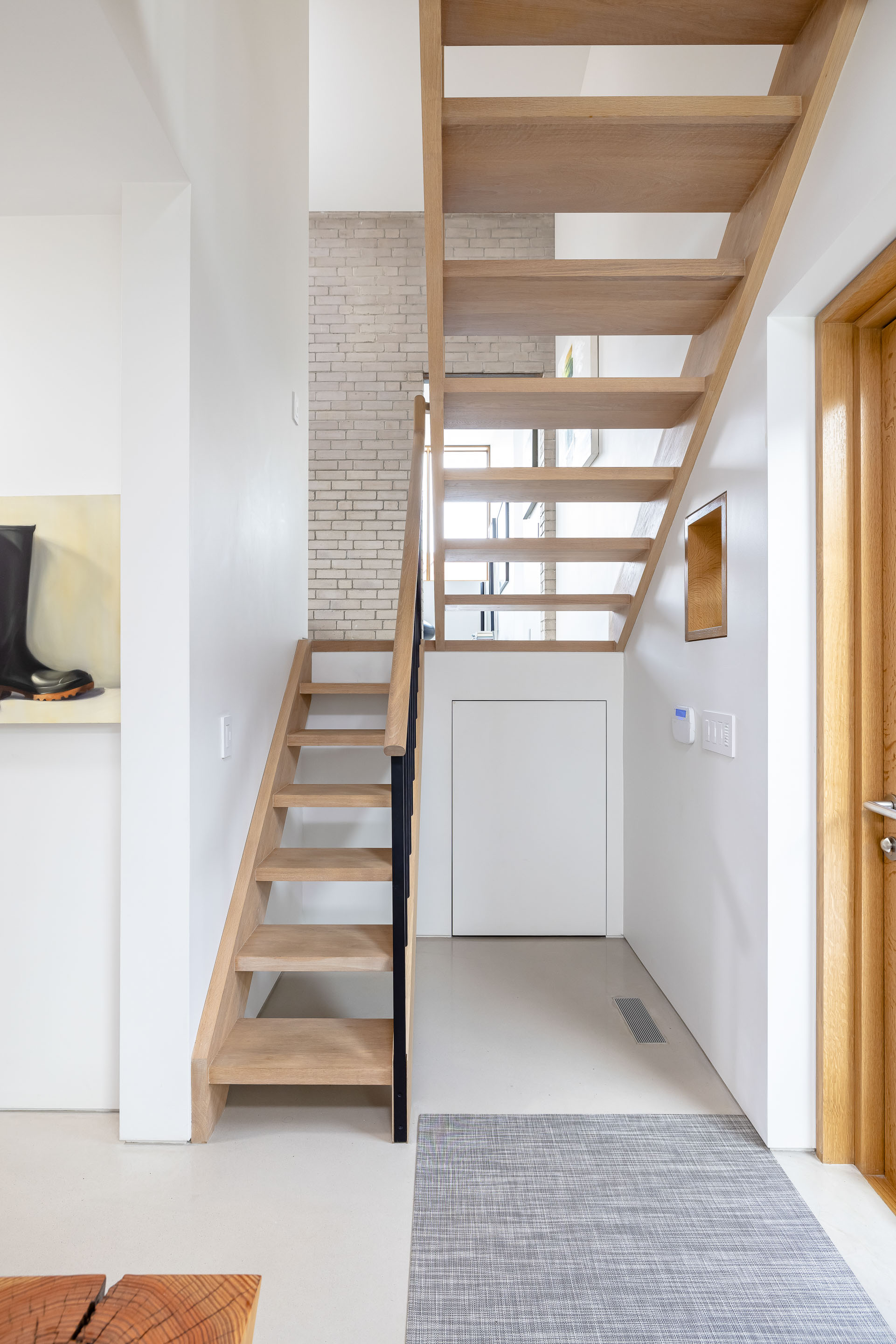 There are oak floors throughout the second floor. The first bedroom is 150 square feet: 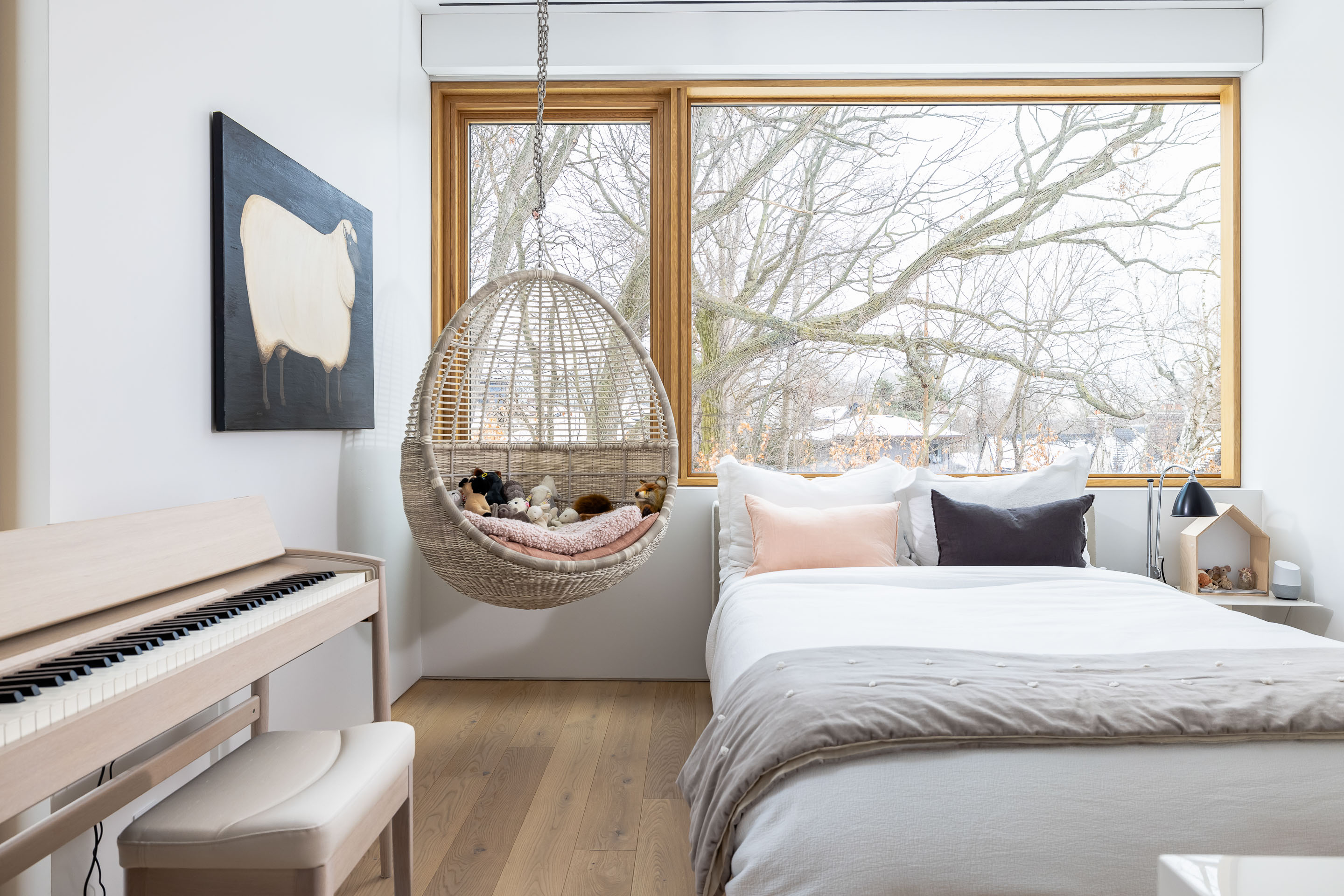 The ensuite bathroom has ceramic penny tiles on the walls: 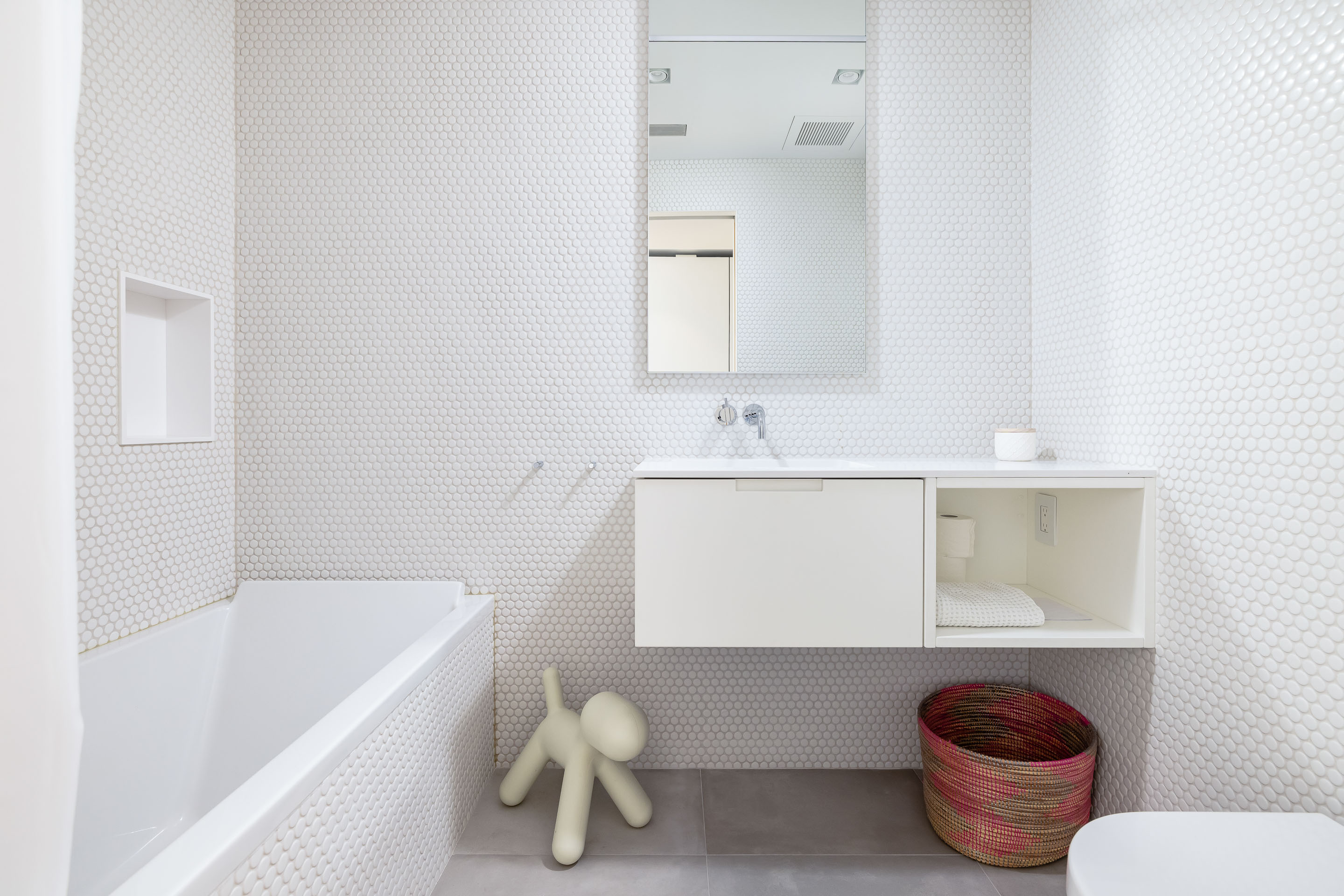 There’s a set of closets in the hallway between the rooms: 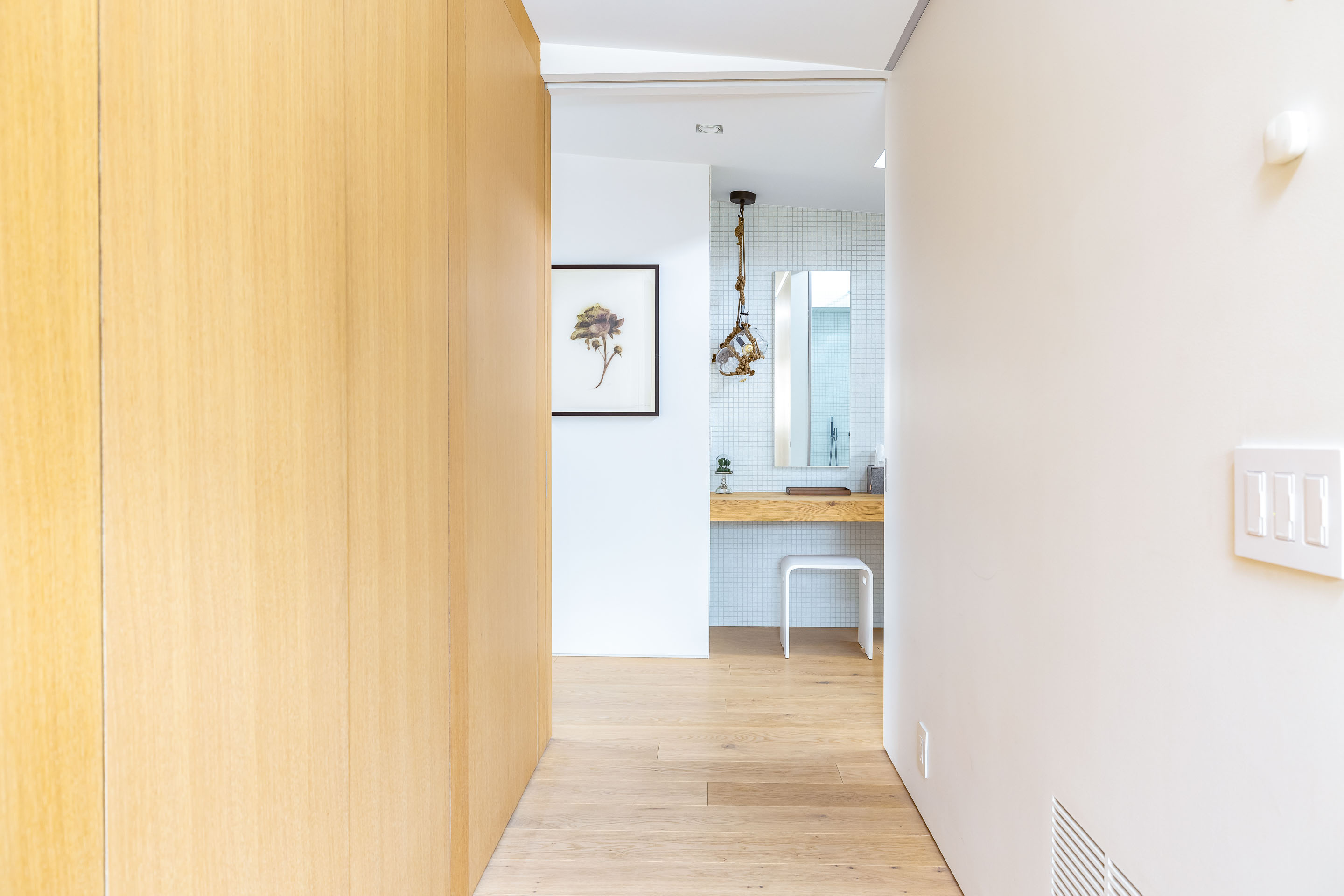 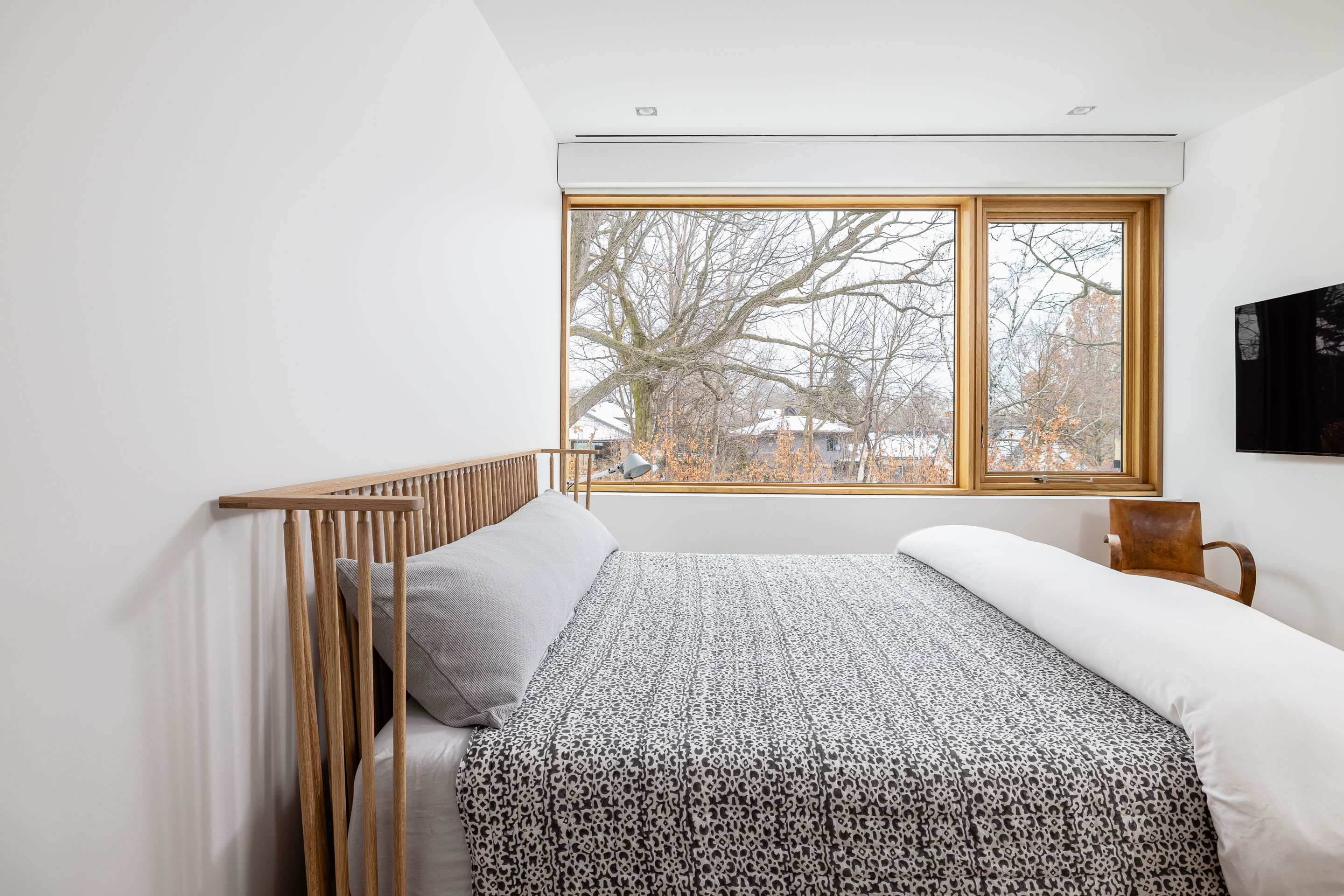 Heritage restrictions required a clear delineation of old and new. The architect added the slit window to mark the beginning of the back addition: 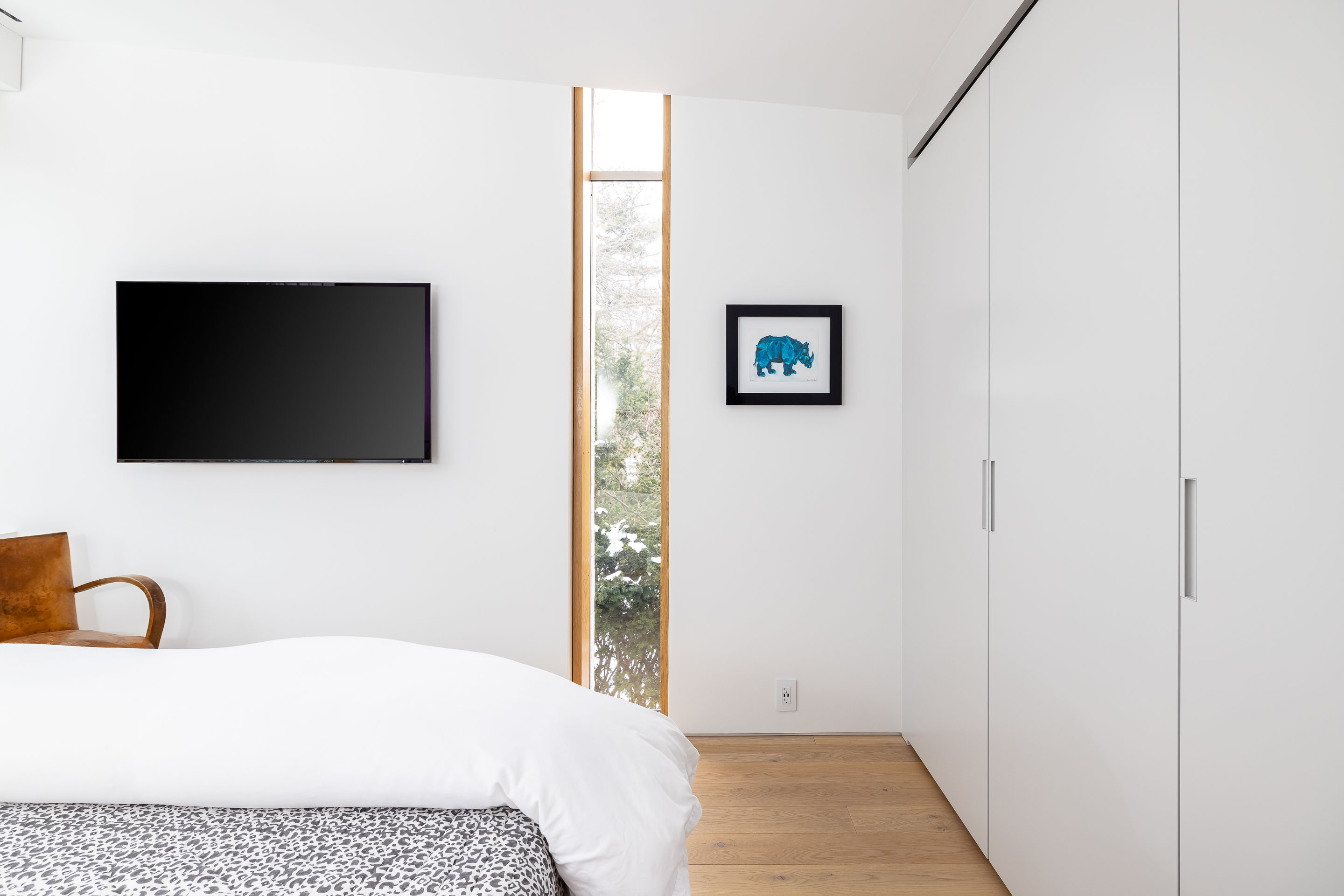 Here’s the main ensuite bathroom, which has mosaic glass all the way up to the original horizontal dormer window: 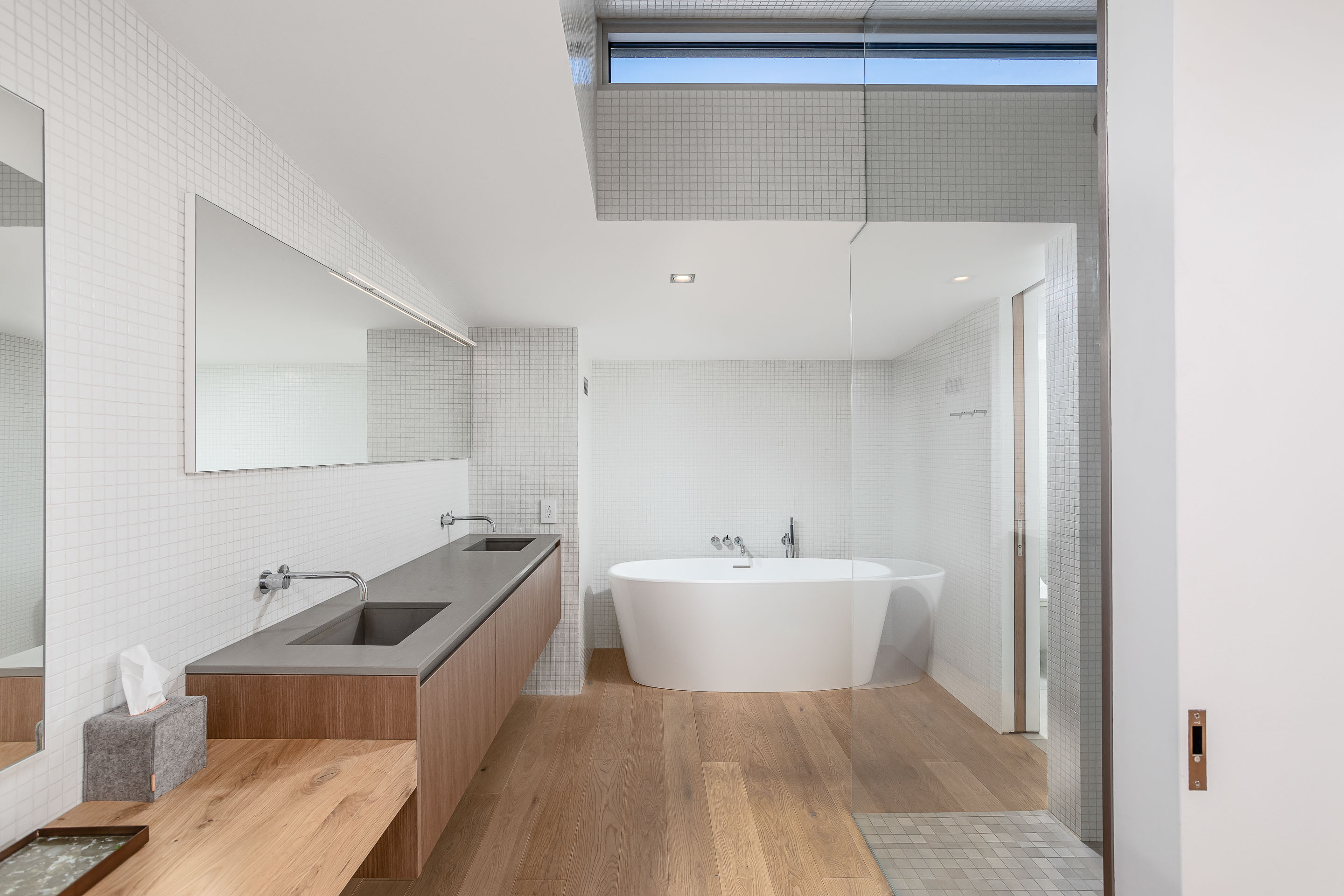 Downstairs, contractors lowered the floor by six feet to make space for a comfortable guest suite: 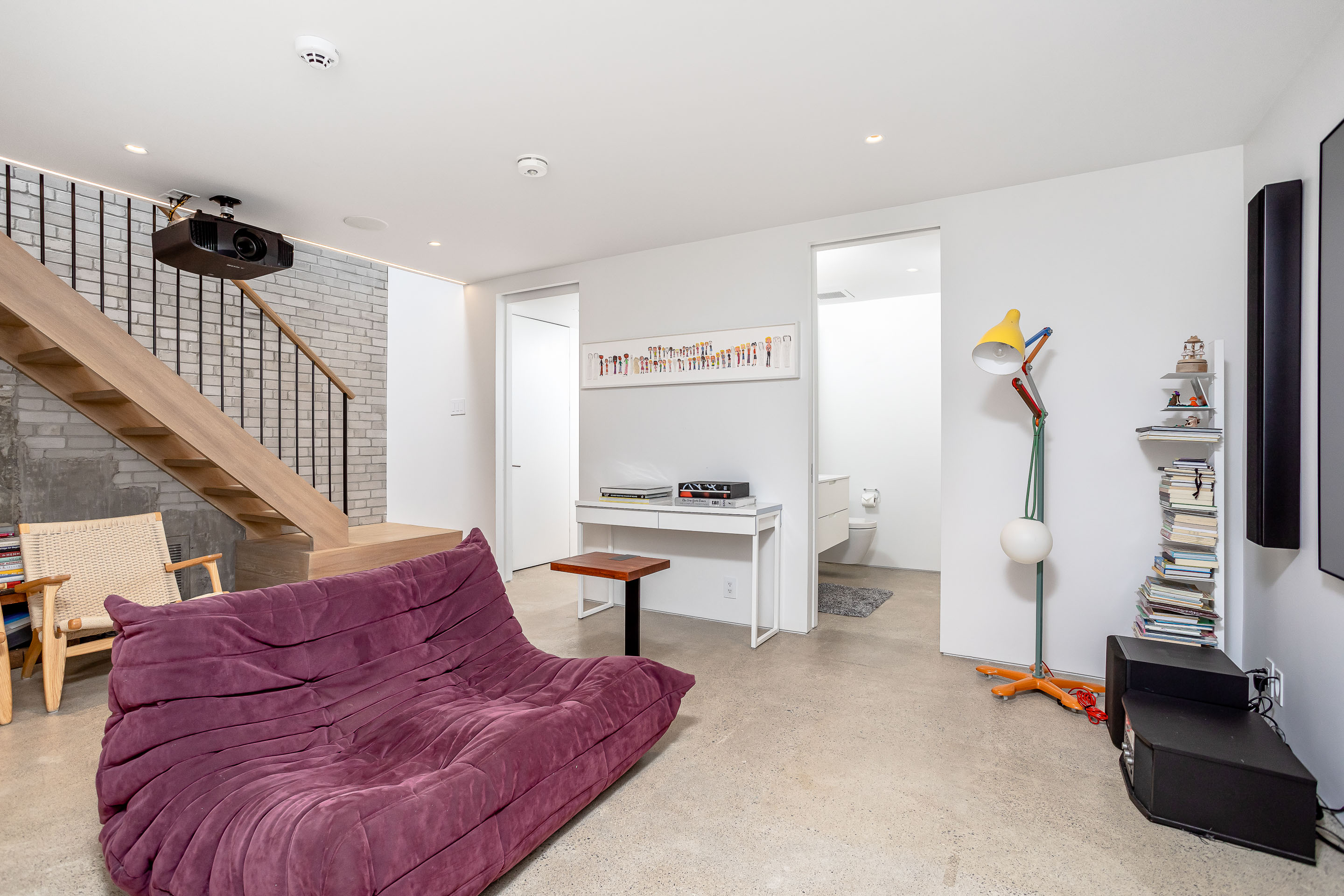 In the backyard, there’s an all-season pool and spa. The rear addition is made of white glazed brick to complement the grey brick elsewhere: 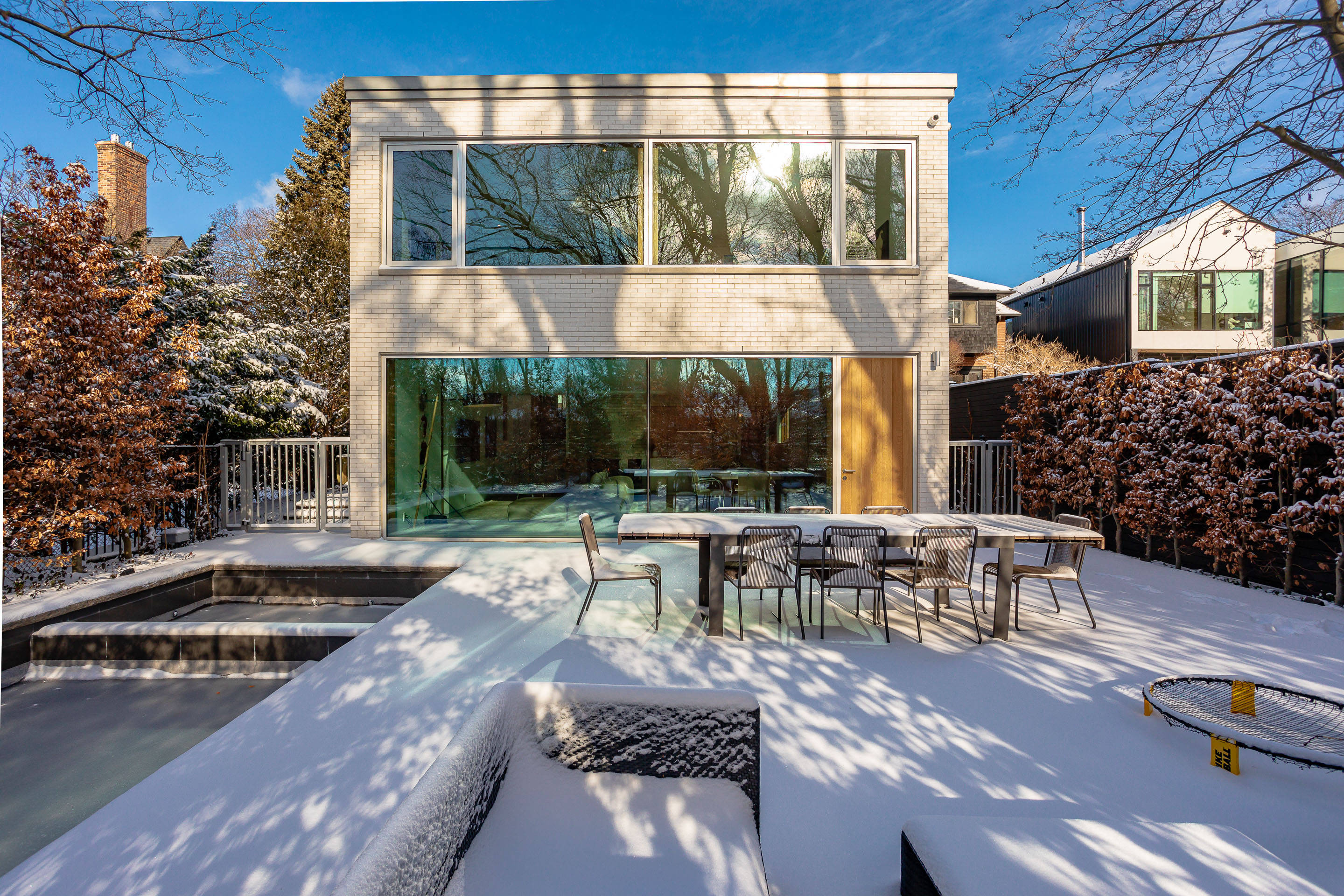 It’s pretty cool that a famous painter used to live in this place.