House of the Week: $6.8 million for a château in Oakville with a putting green and a bowling alley

House of the Week: $6.8 million for a château in Oakville with a putting green and a bowling alley 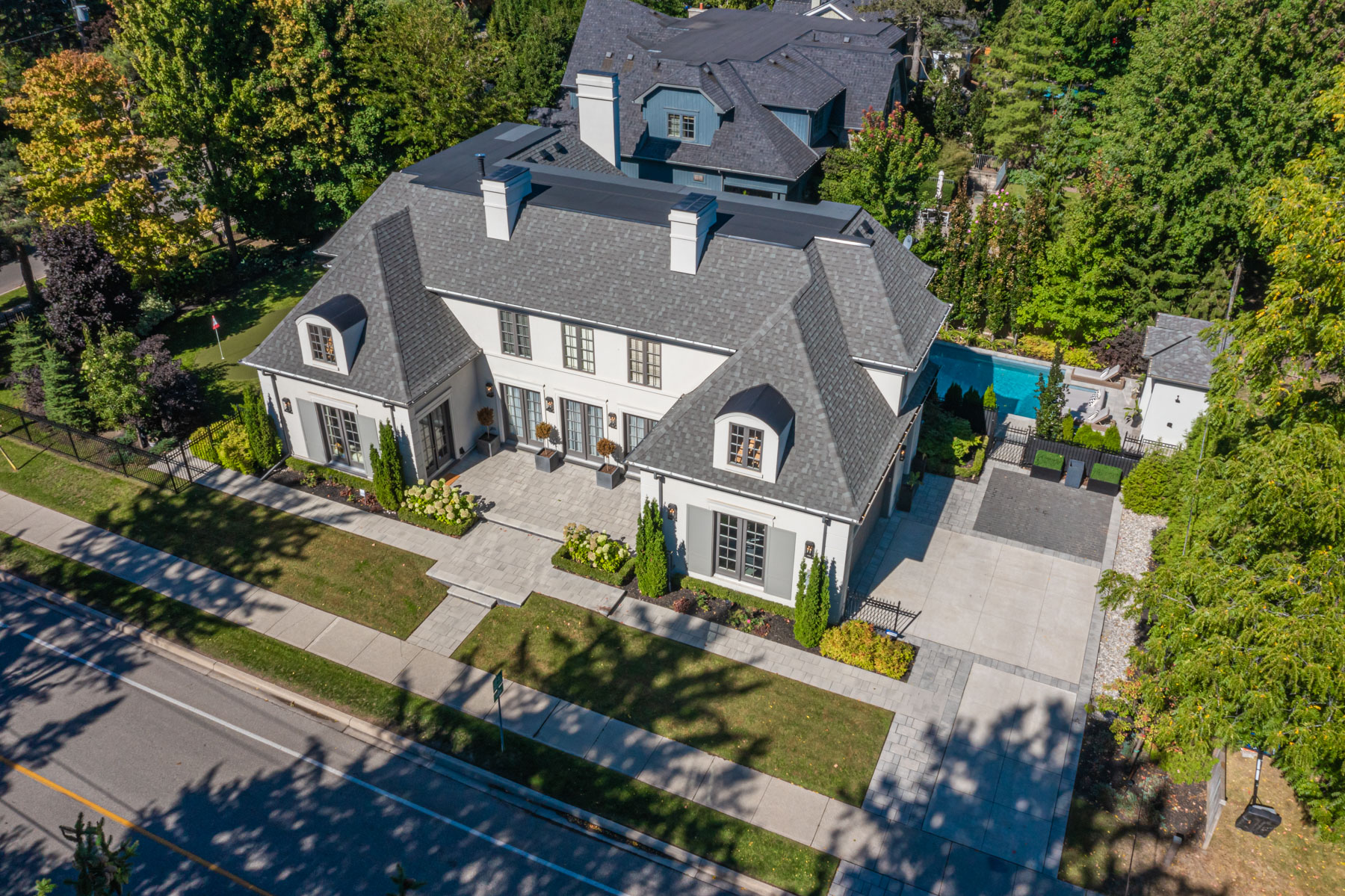 A mansion in South Oakville, built in 2018 and designed by Brian Gluckstein.

This stucco-and-stone castle on Maple Grove Road, within walking distance of the lake, was built in 2018 as a Princess Margaret Cancer Foundation lottery home, with its proceeds going toward cancer research. The lottery winners immediately chose to list their prize on the market instead of making it their own. It was then purchased by a new buyer who, along with his wife and two children, was looking to move close to the water. While he didn’t touch the interior, which was immaculate, he upgraded the exterior and landscaping soon after his family’s move in 2019. He also installed an in-ground pool and a hot tub as well as a cabana with an outdoor fireplace and TV.

Asphalt shingles and grey stucco dominate the understated façade. A three-car garage hides around back. 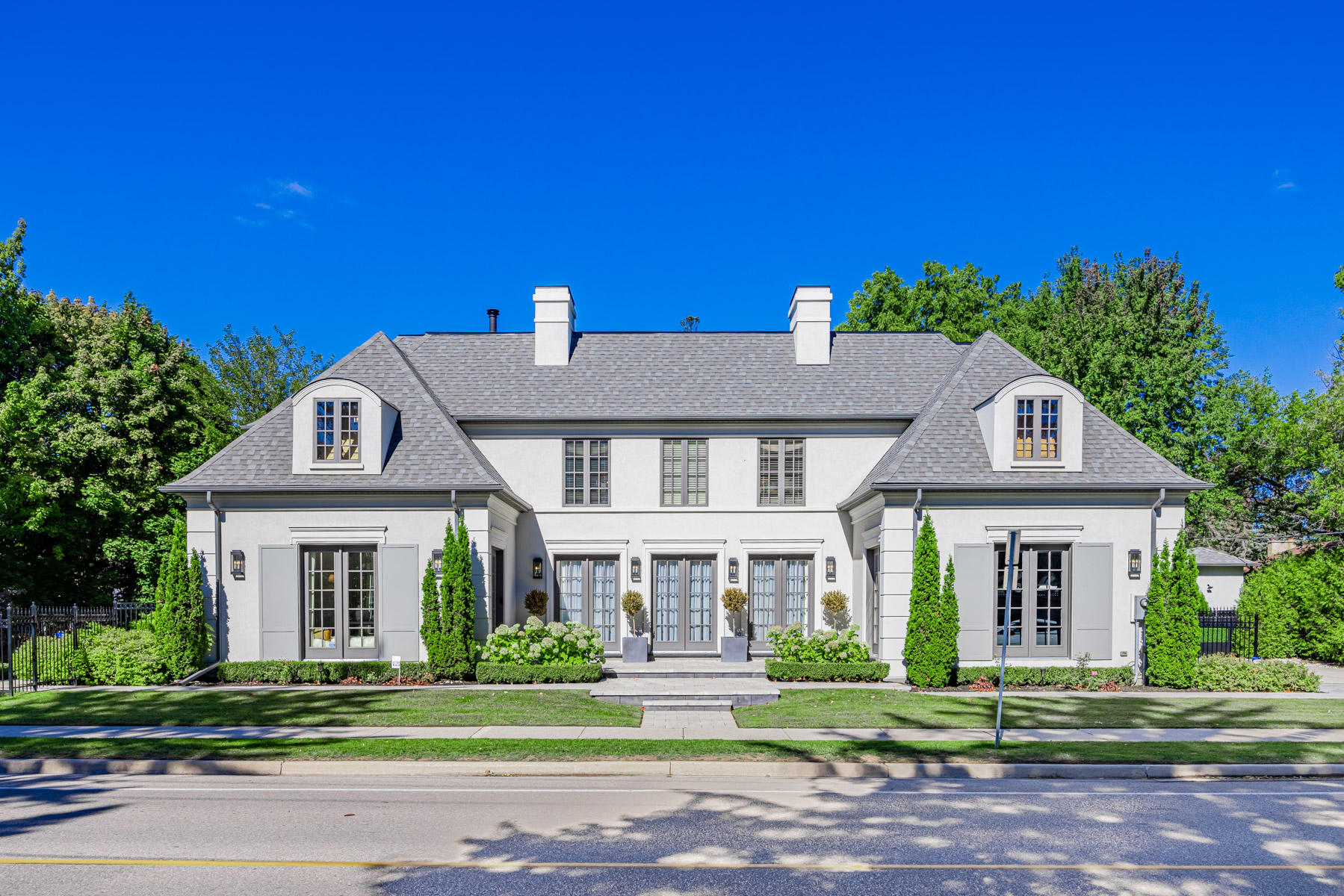 The main living room’s back wall displays an image of Versailles taken by travel photographer Tony Koukos and expanded into wallpaper. 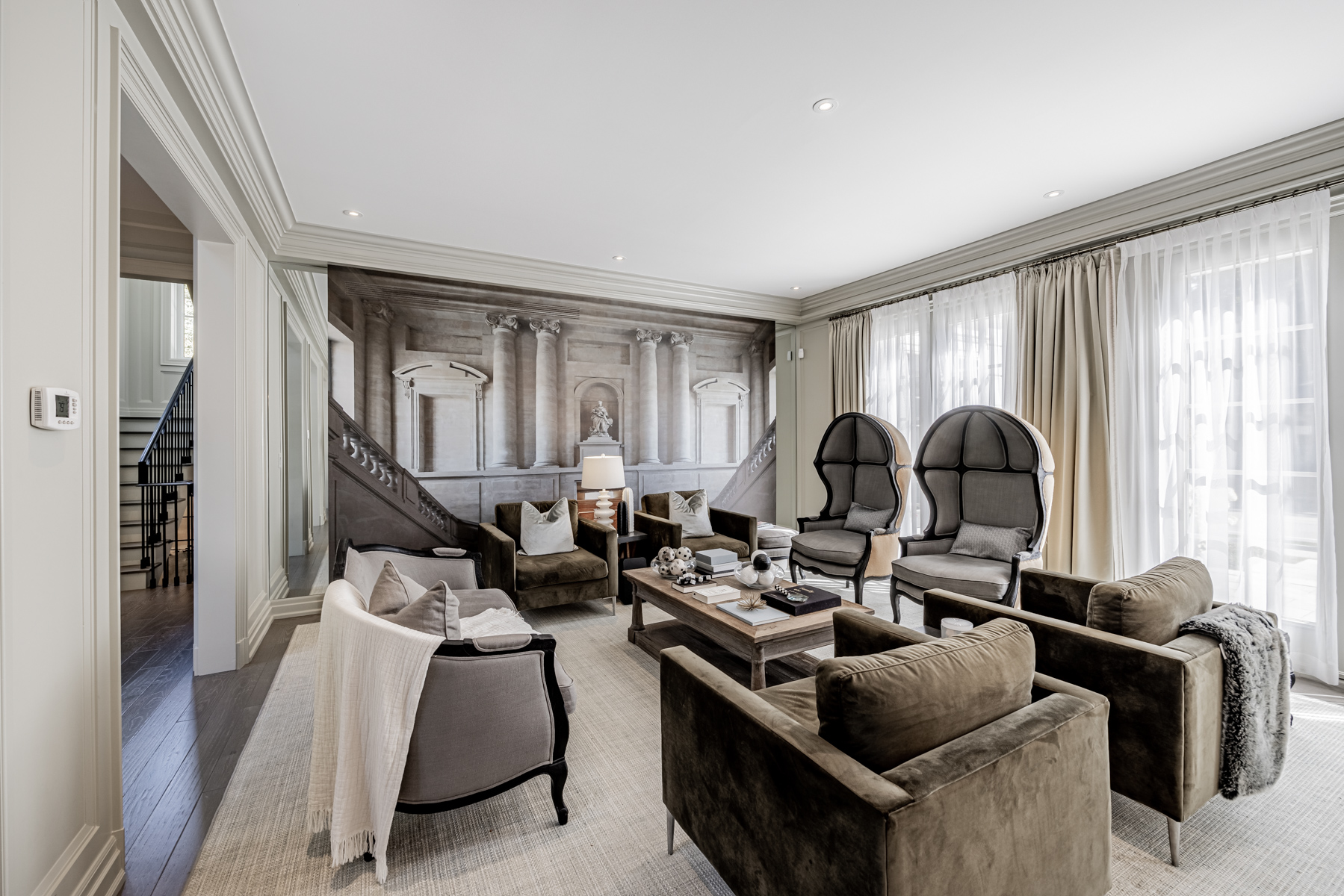 Large windows and doors illuminate the TV room and accentuate its white palette, which contrasts against the granite fireplace. 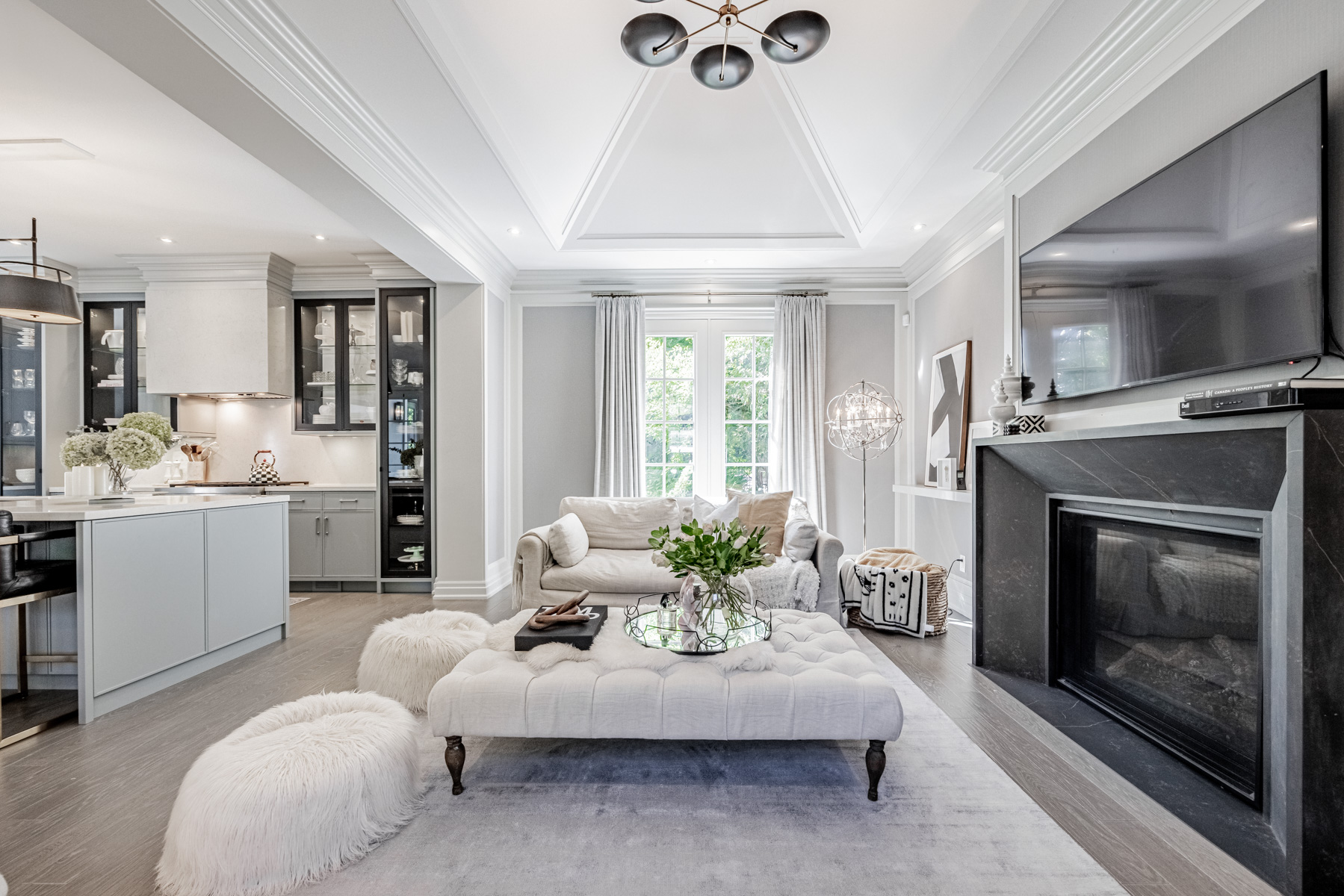 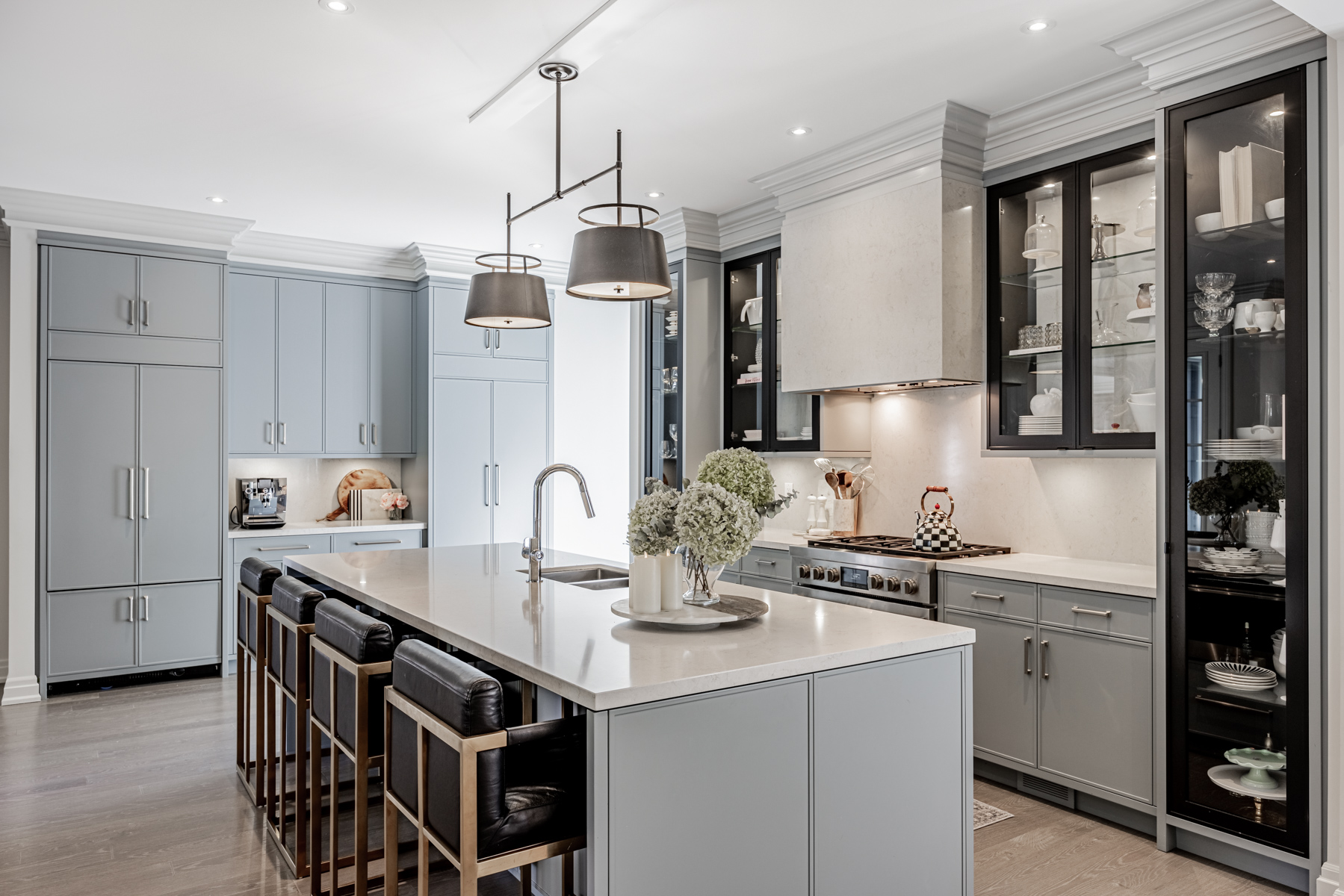 A quaint recess with a rounded bay window by the kitchen sets the tone for intimate dinners. 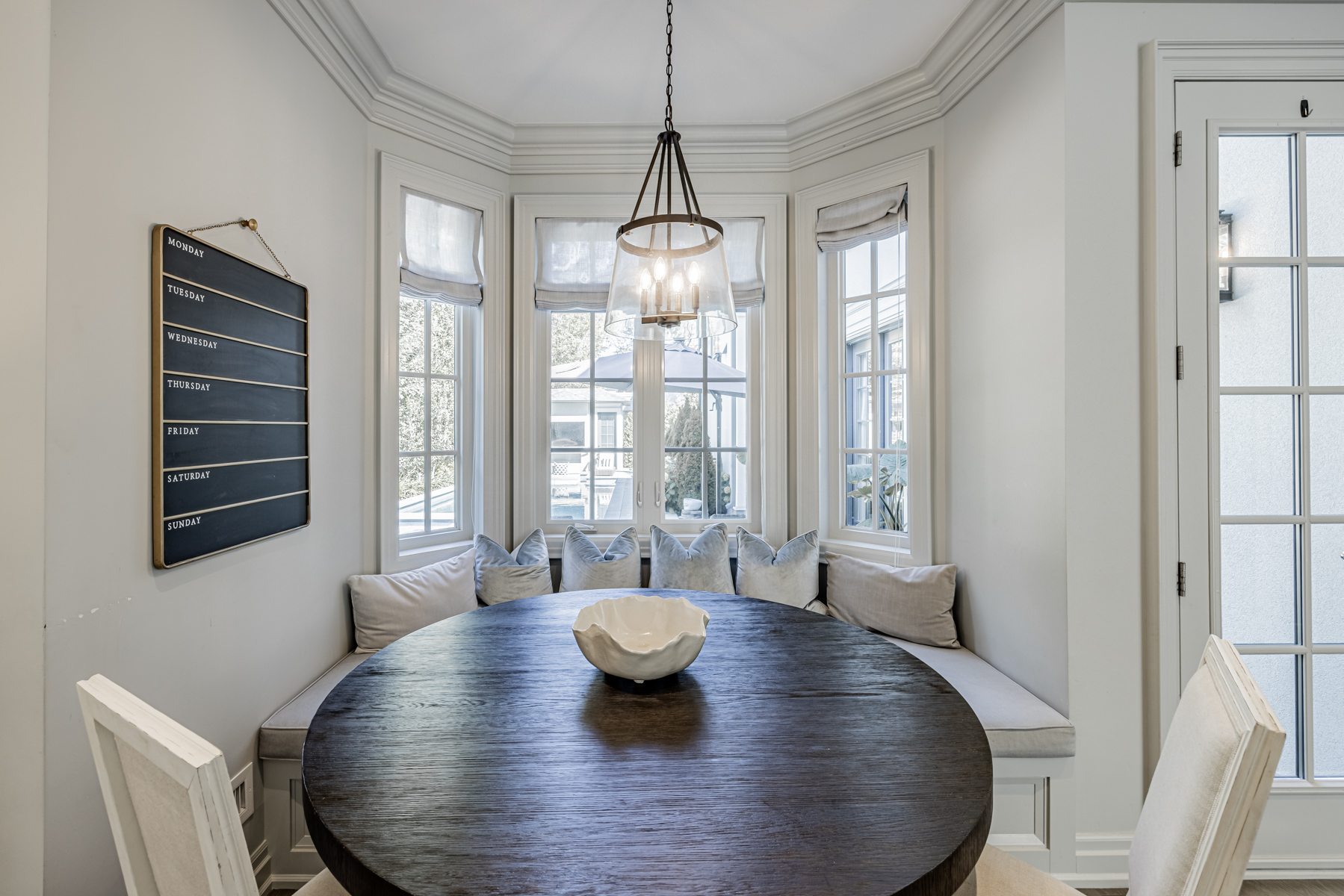 Several of the light fixtures in the home are original Gluckstein pieces. This one adds some chic to the office. 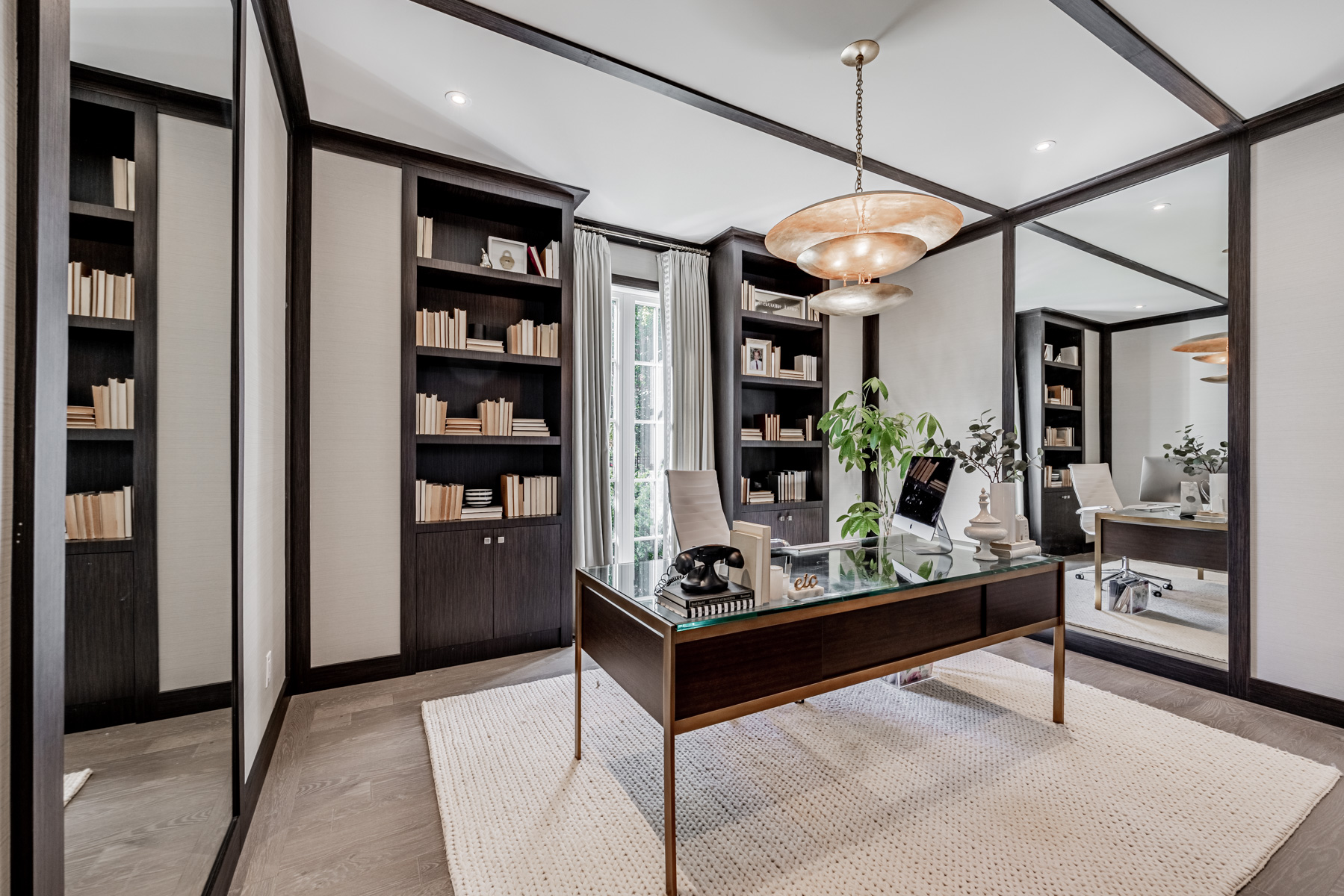 The main bedroom comes with a tufted headboard and vaulted ceiling. 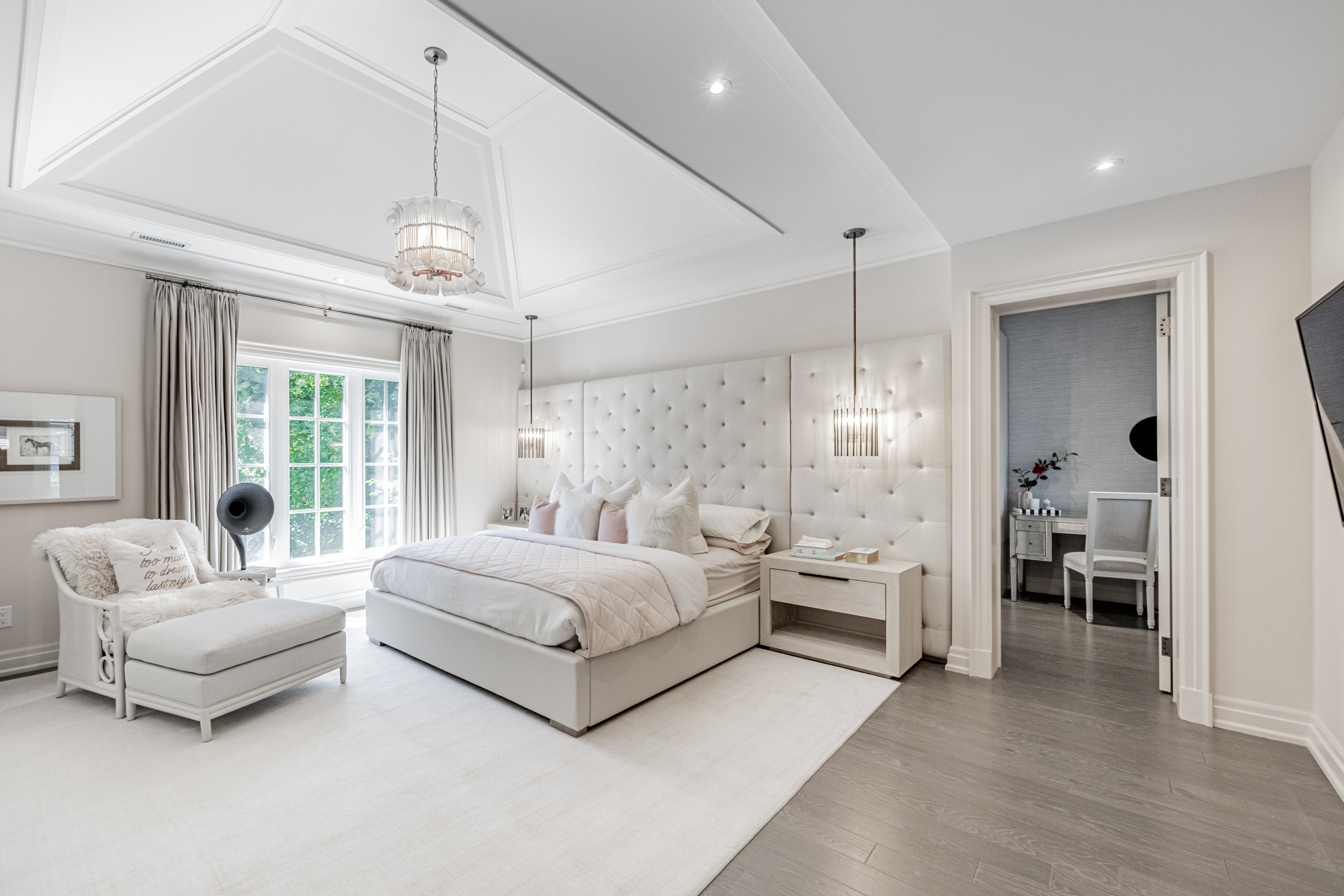 And attached to it is a 150-square-foot walk-in closet with a vanity. 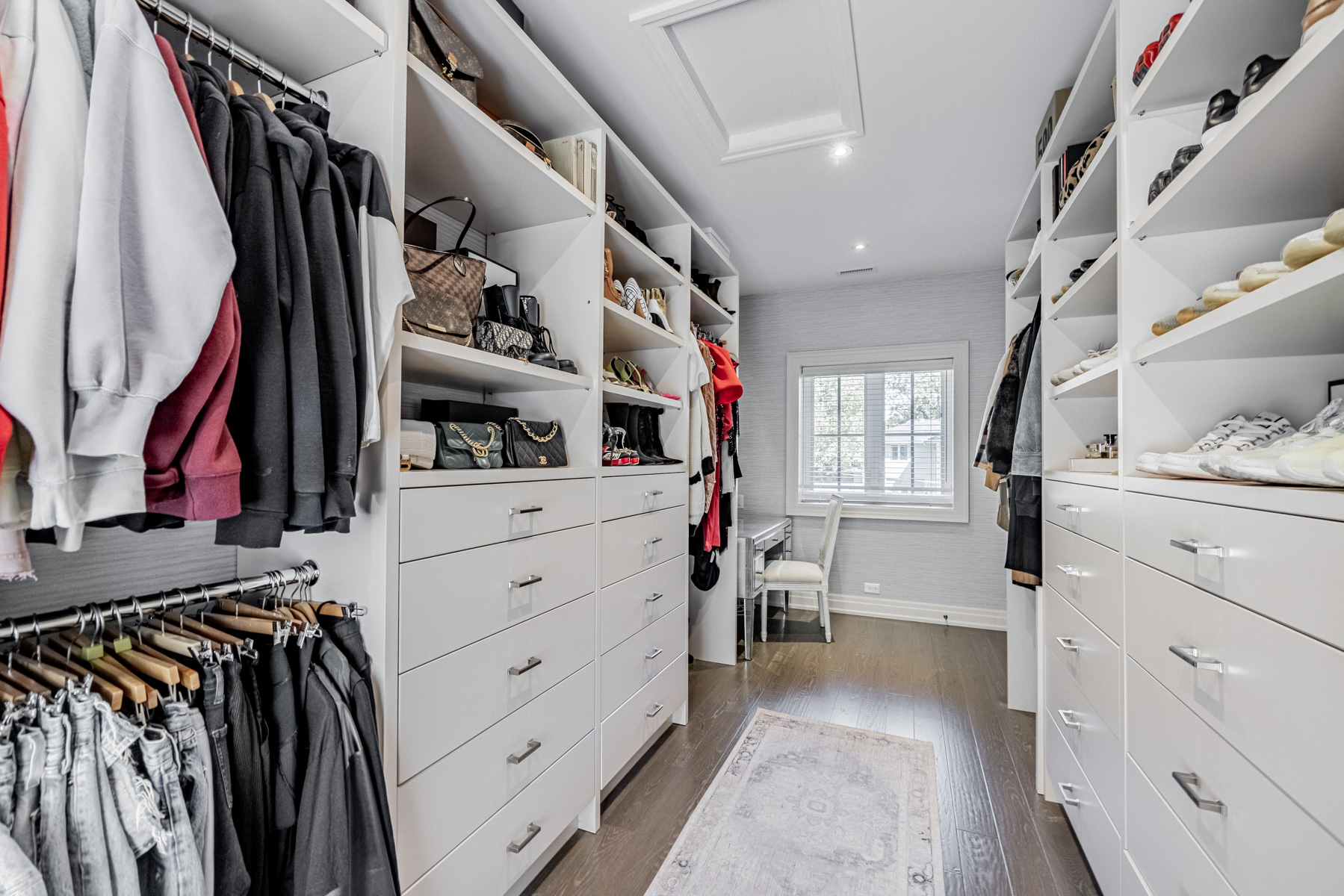 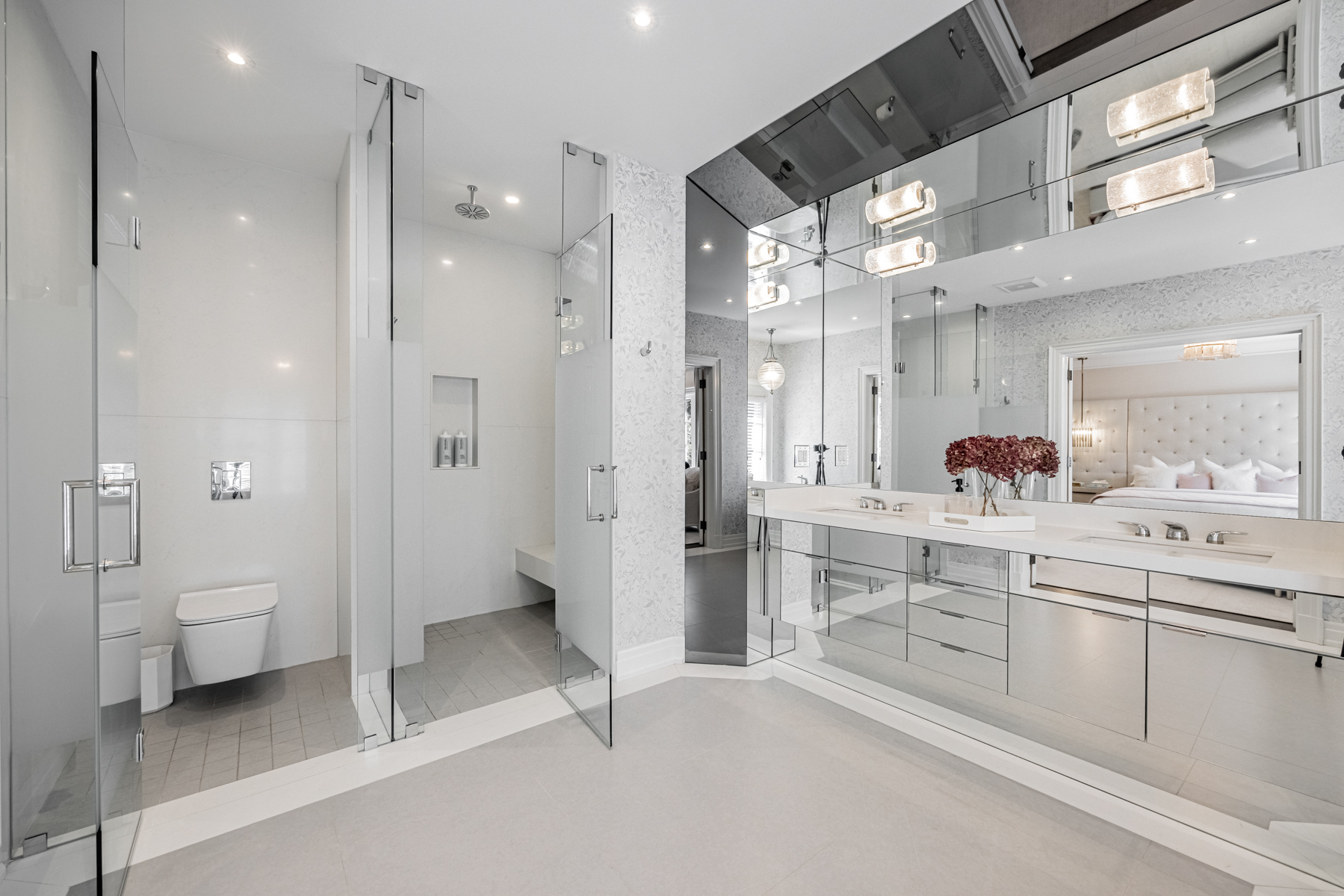 The 2,000-square-foot basement is equipped with a home entertainment studio. 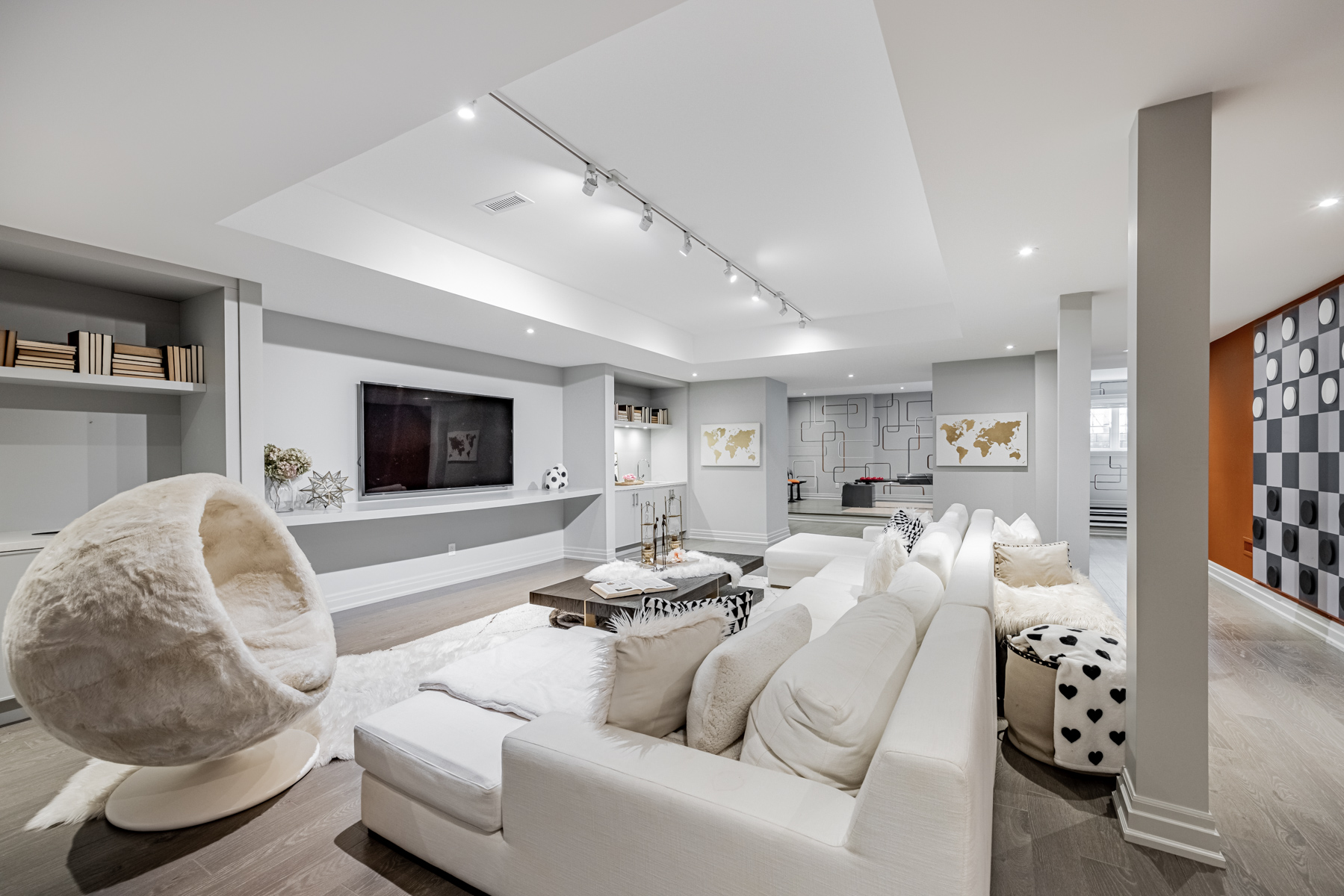 Walk farther down the hall and there’s a two-lane bowling alley, itself valued at approximately $200,000. 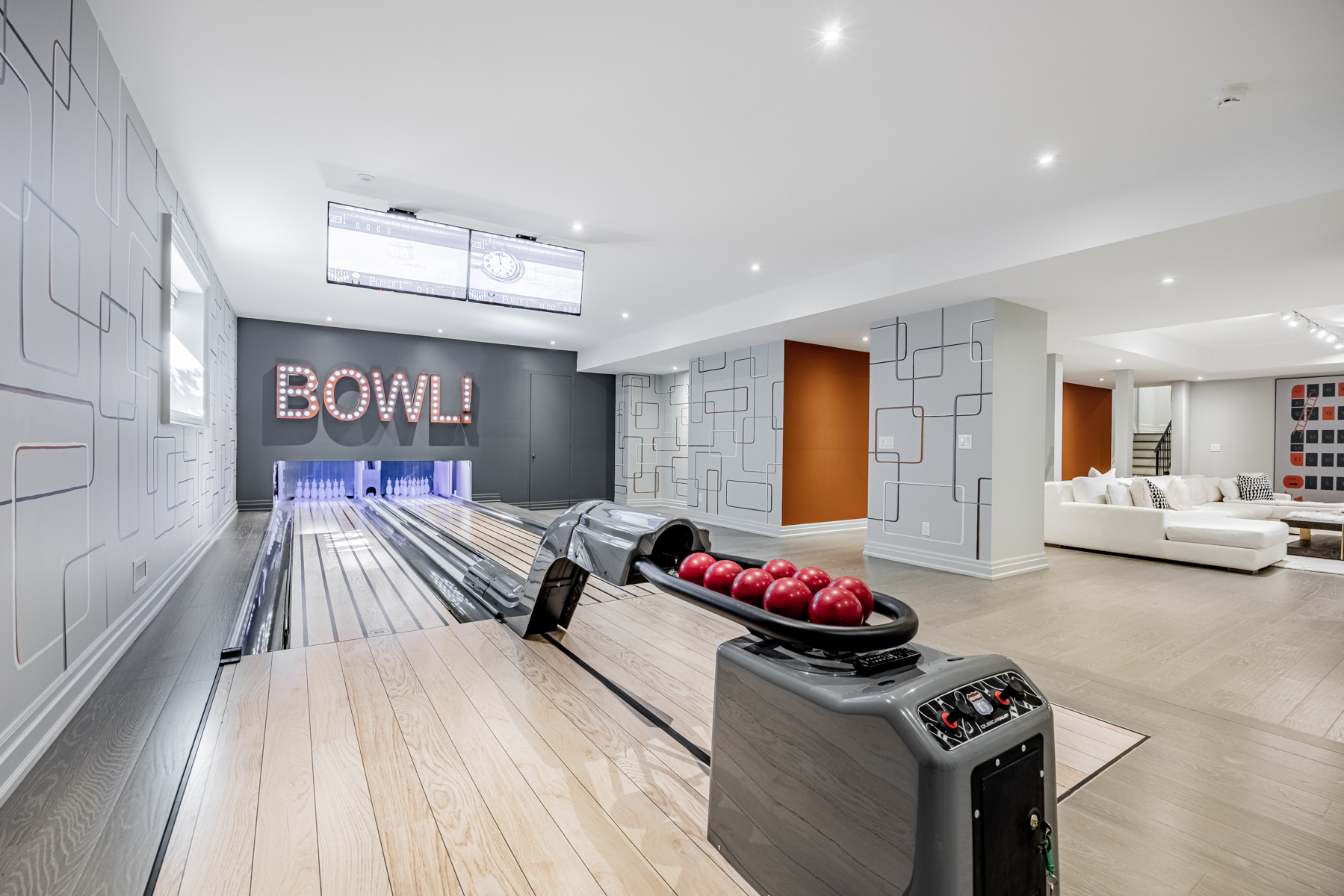 The current residents preserved the putting green, which becomes a hockey rink during the winter. 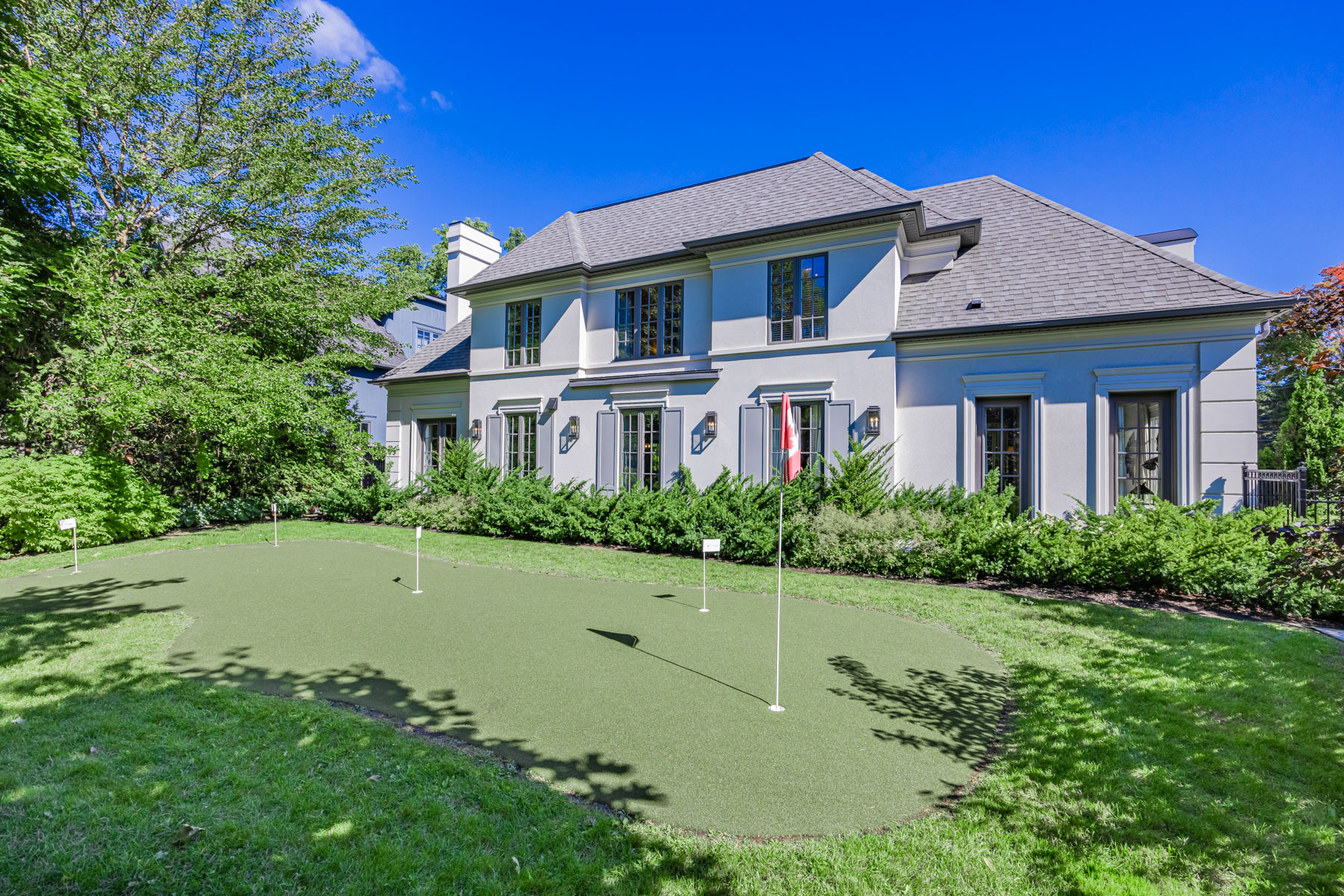 But, for the new owners, summers will likely be spent in and around the 18-by-40-foot in-ground swimming pool. 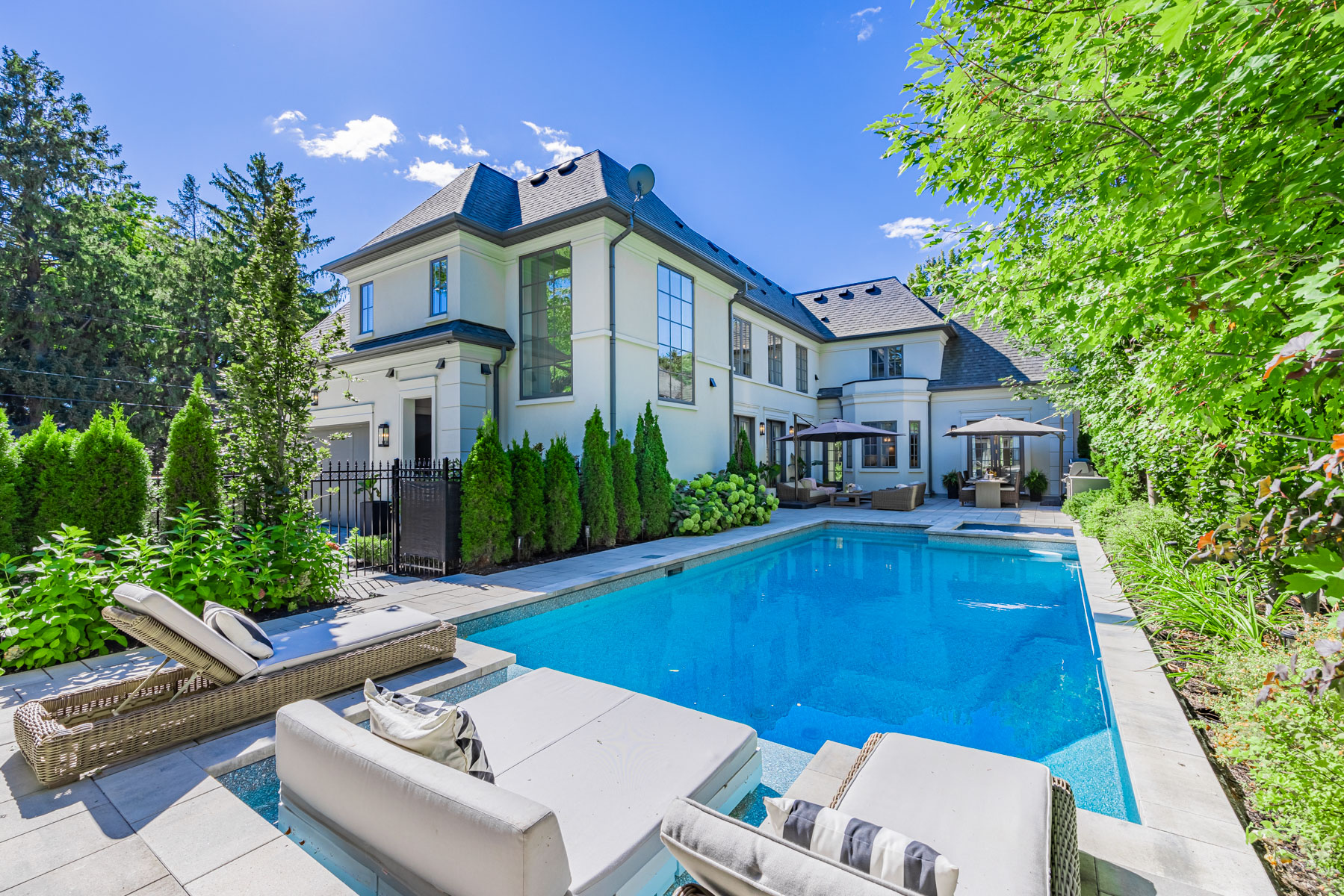