A 3,000-square-foot house near Bloor and Ossington. This four-bed, five-bath home has a modern façade.

In 2017, a group of three investors bought the property for $1.5 million, with plans to reno and flip the 103-year-old house that sat on the lot. They leased the place to a young family while they applied for building permits. Last spring, after those renters moved out, the sellers gutted the place, re-enforced the foundation and rebuilt the façade. Then they added one bedroom and four bathrooms, transformed the attic into a third-storey master retreat and converted the basement into a legal income suite. Since the façade got a contemporary makeover, the sellers wanted the interior to reflect the history of the original house, so they included herringbone patterns, marble slabs and wood floors instead of laminate.

The entrance has porcelain floors: 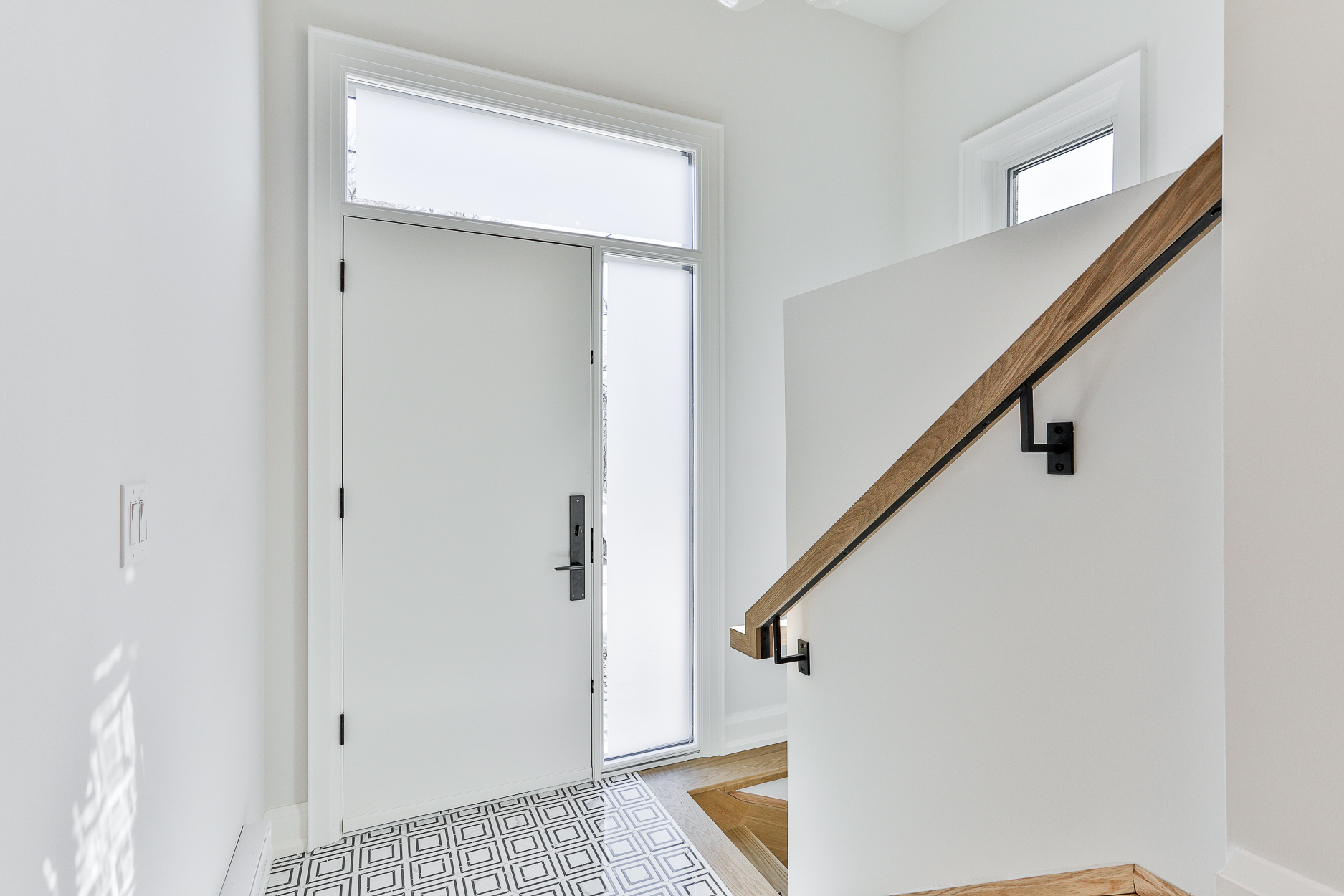 In the living room, there’s a gas fireplace with a marble mantel: 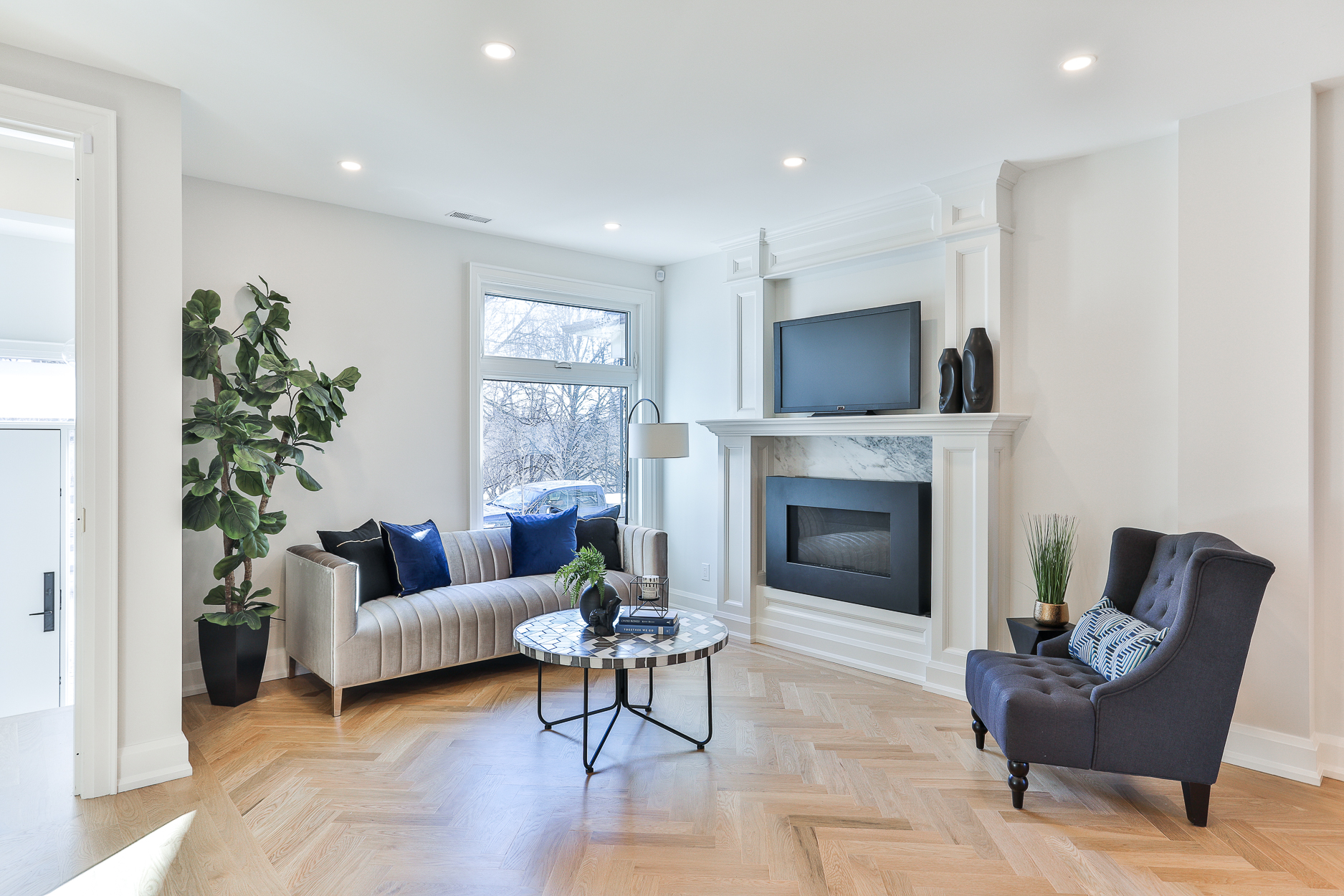 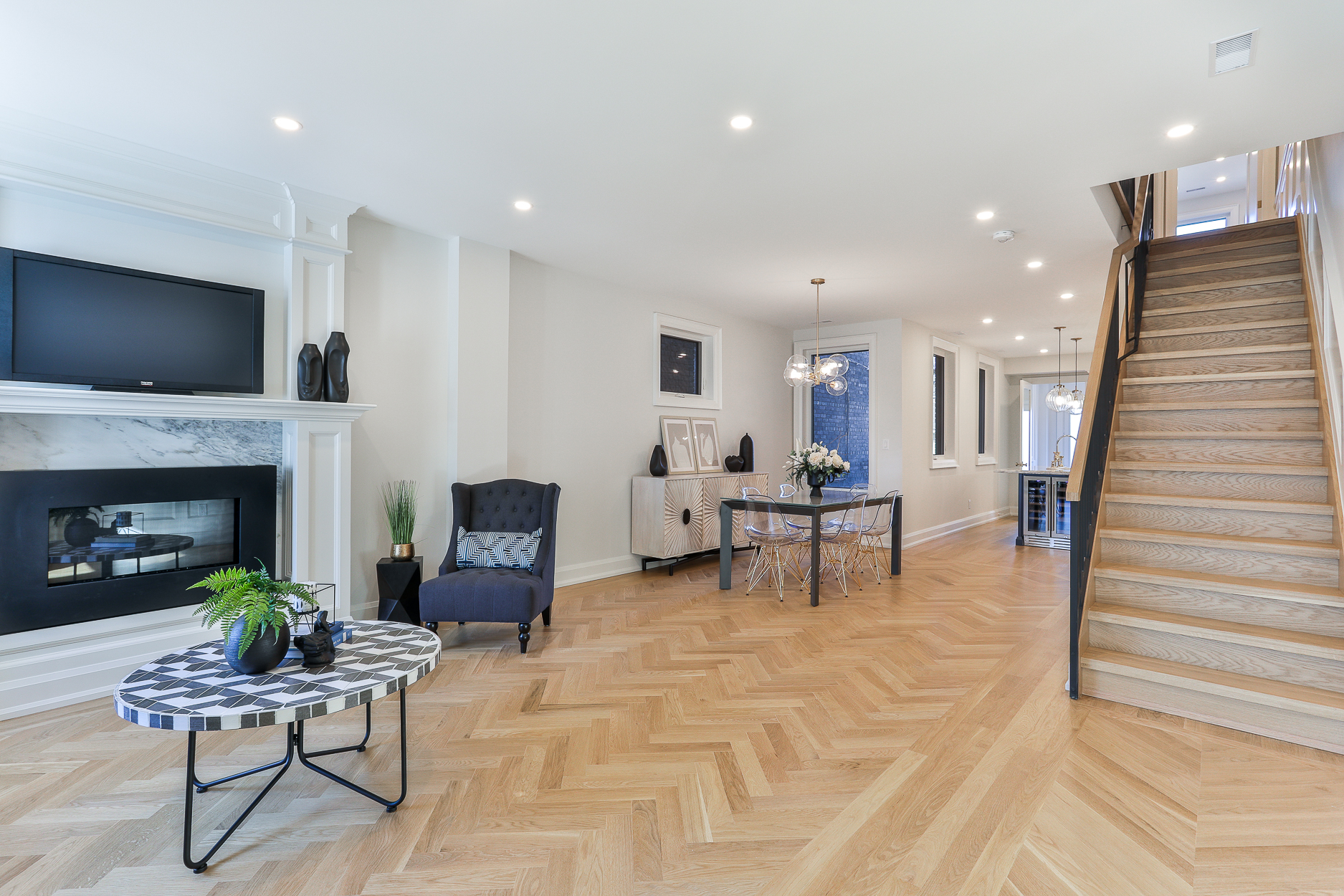 A brass chandelier hangs in the dining area: 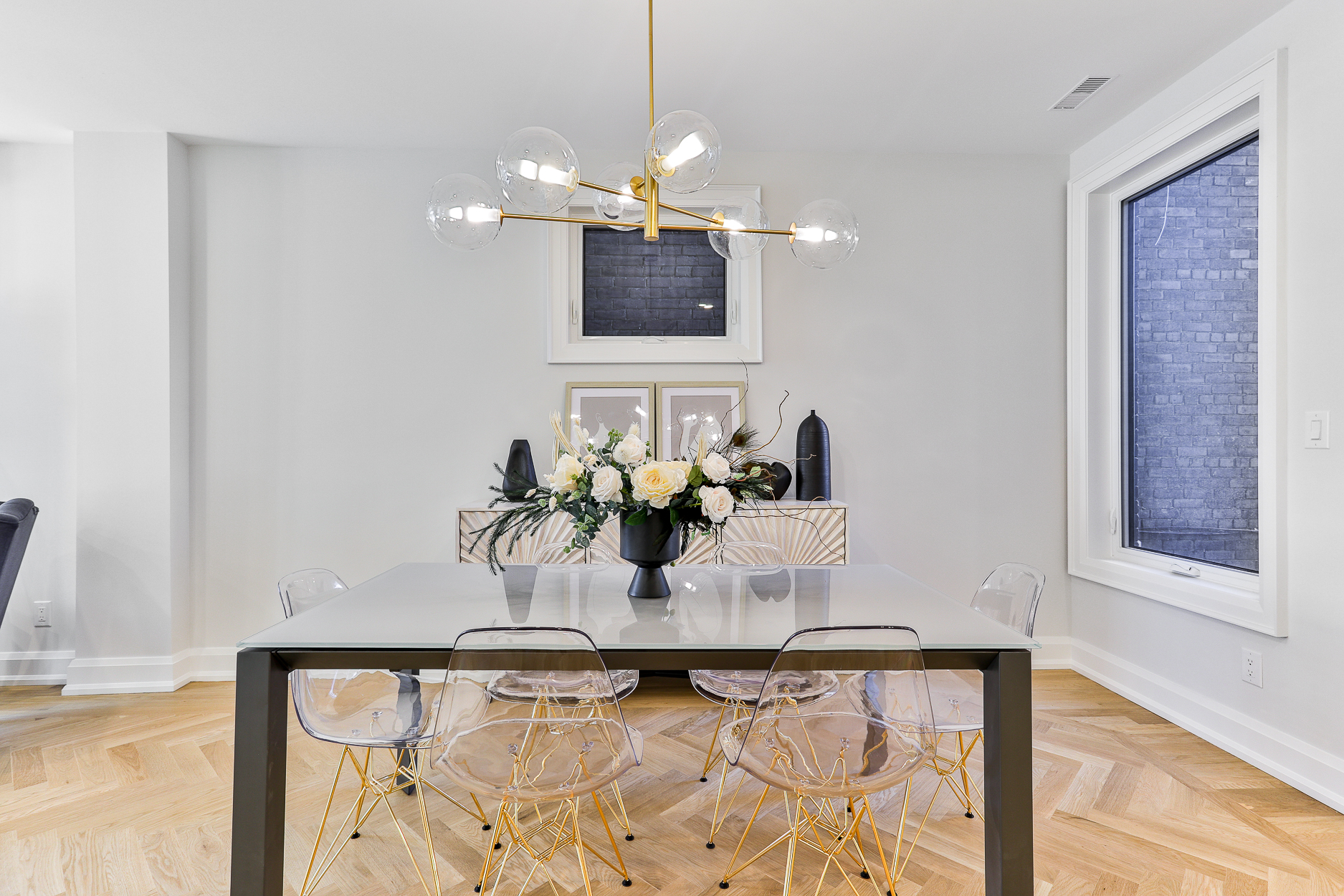 The kitchen has a marble island with a built-in wine fridge that holds nearly 40 bottles: 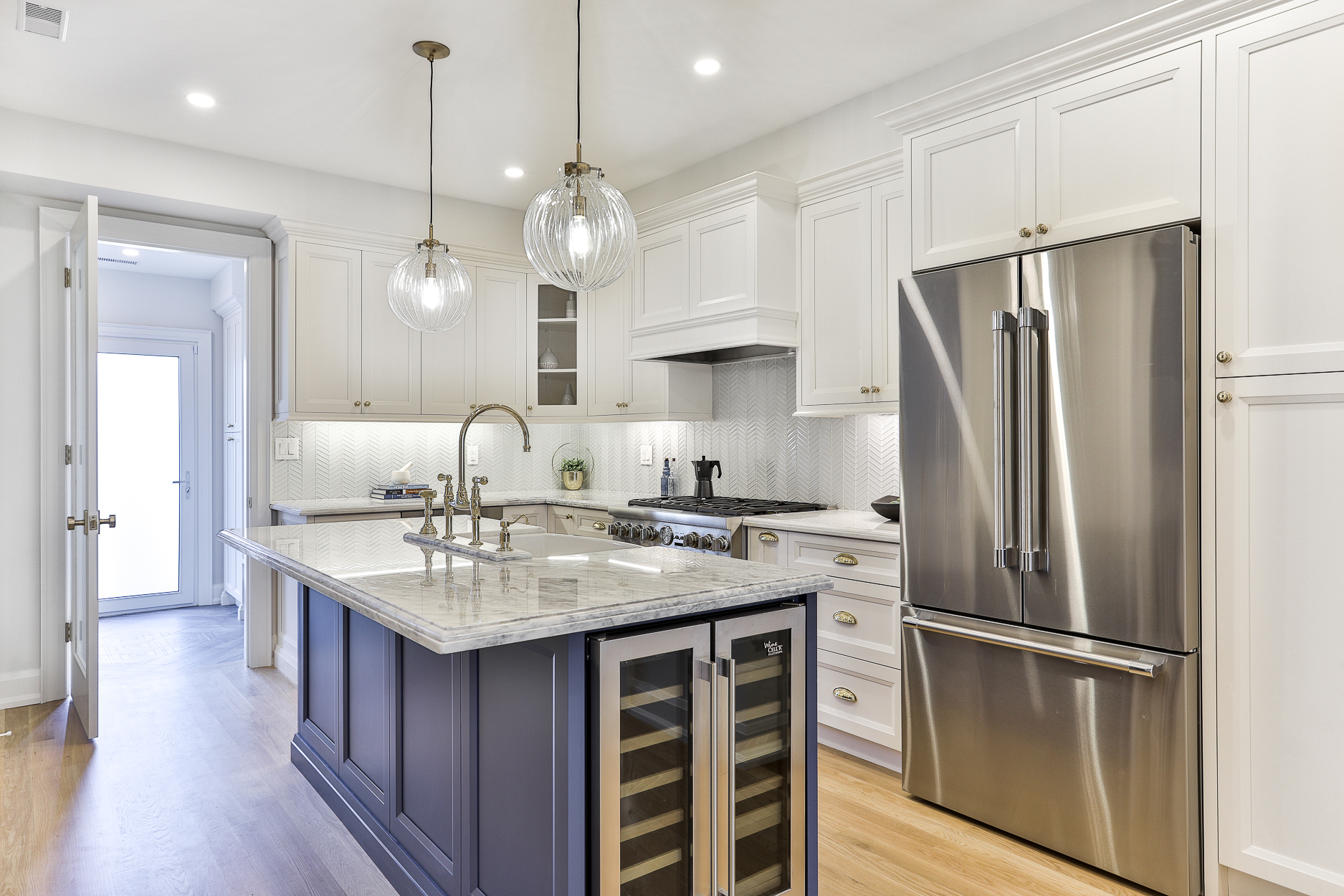 It also has a big ceramic sink with a gold faucet: 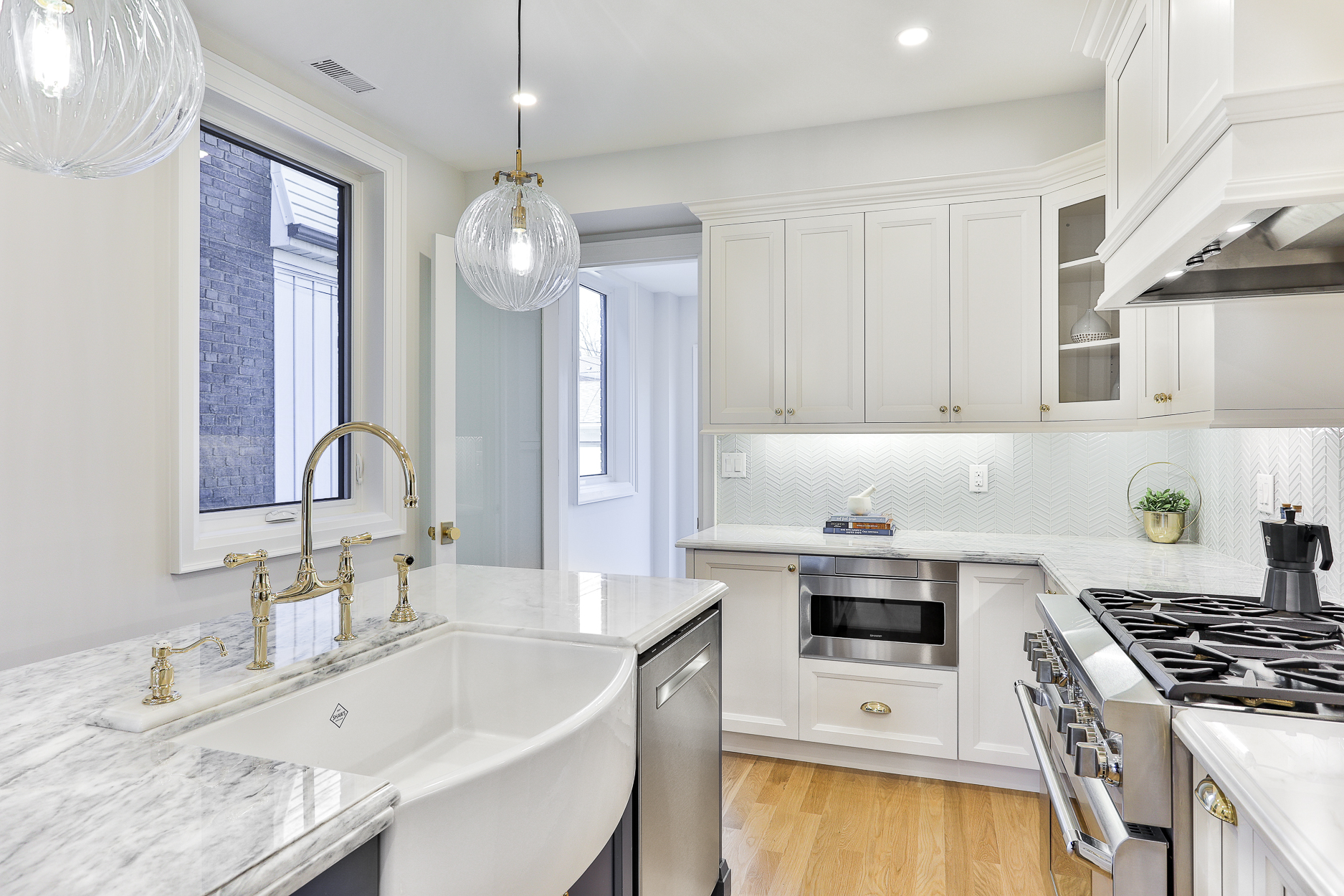 That herringbone backsplash is made of painted glass tiles: 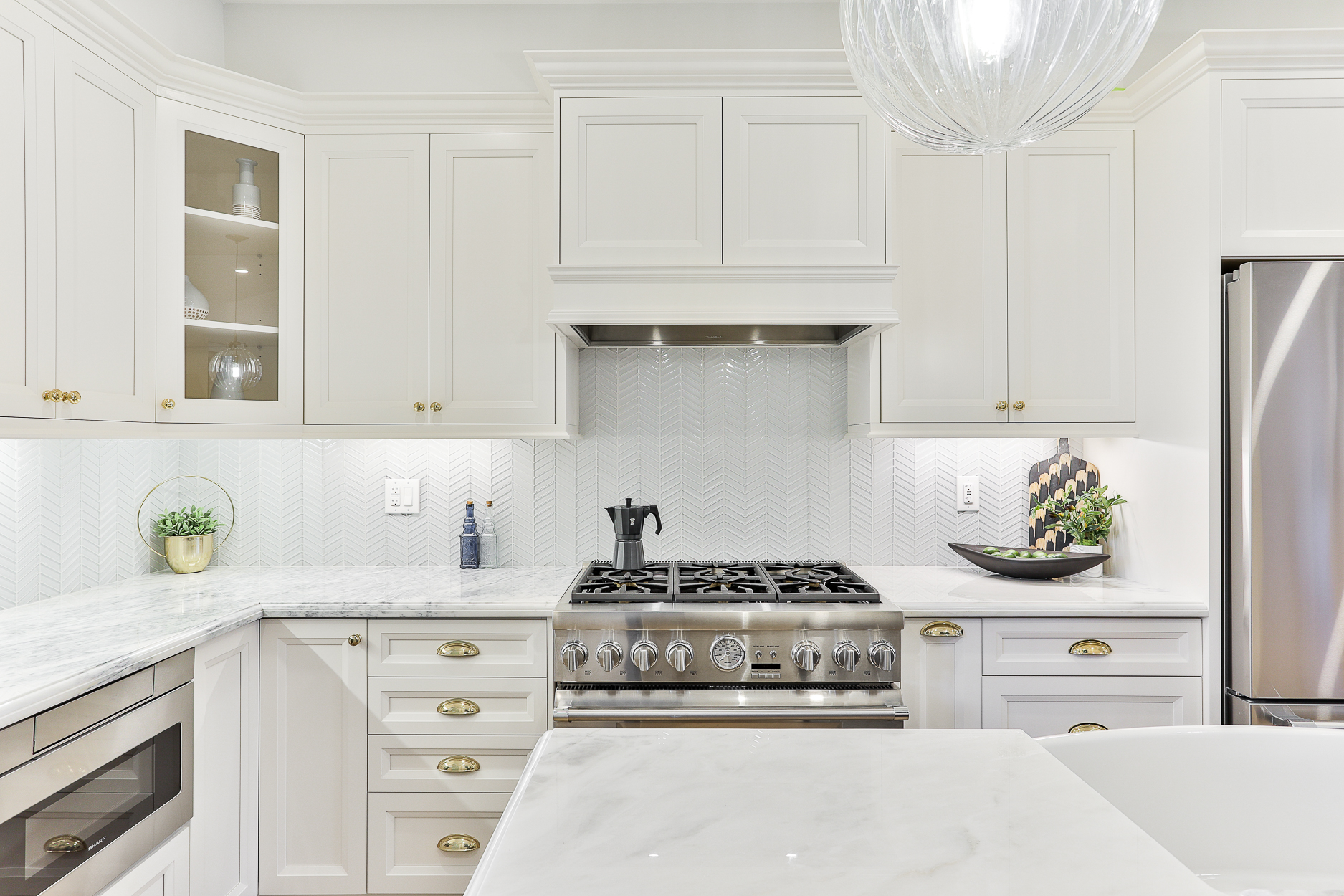 There’s an 86-square-foot sitting area on the second floor: 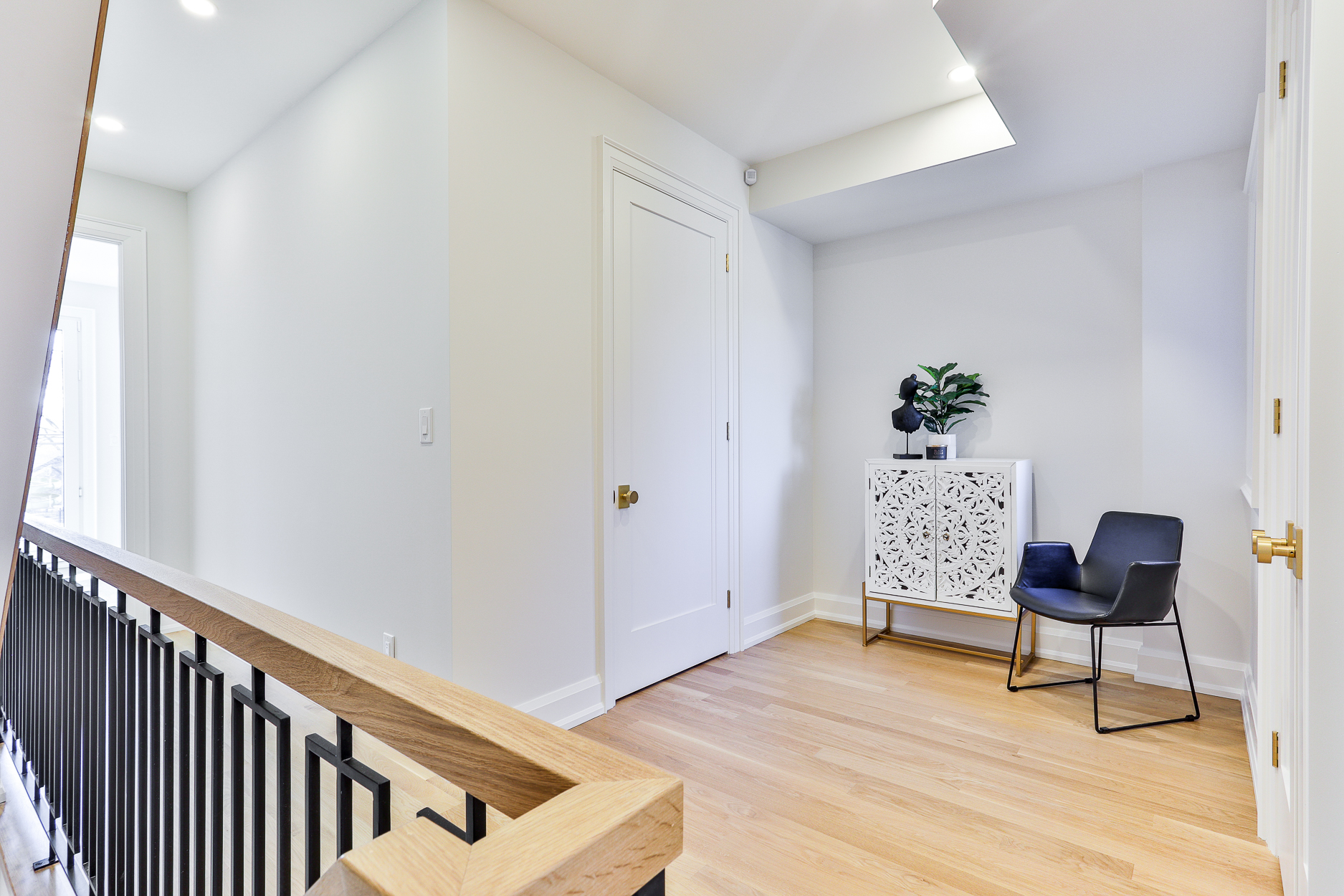 This second-floor bedroom is 145 square feet: 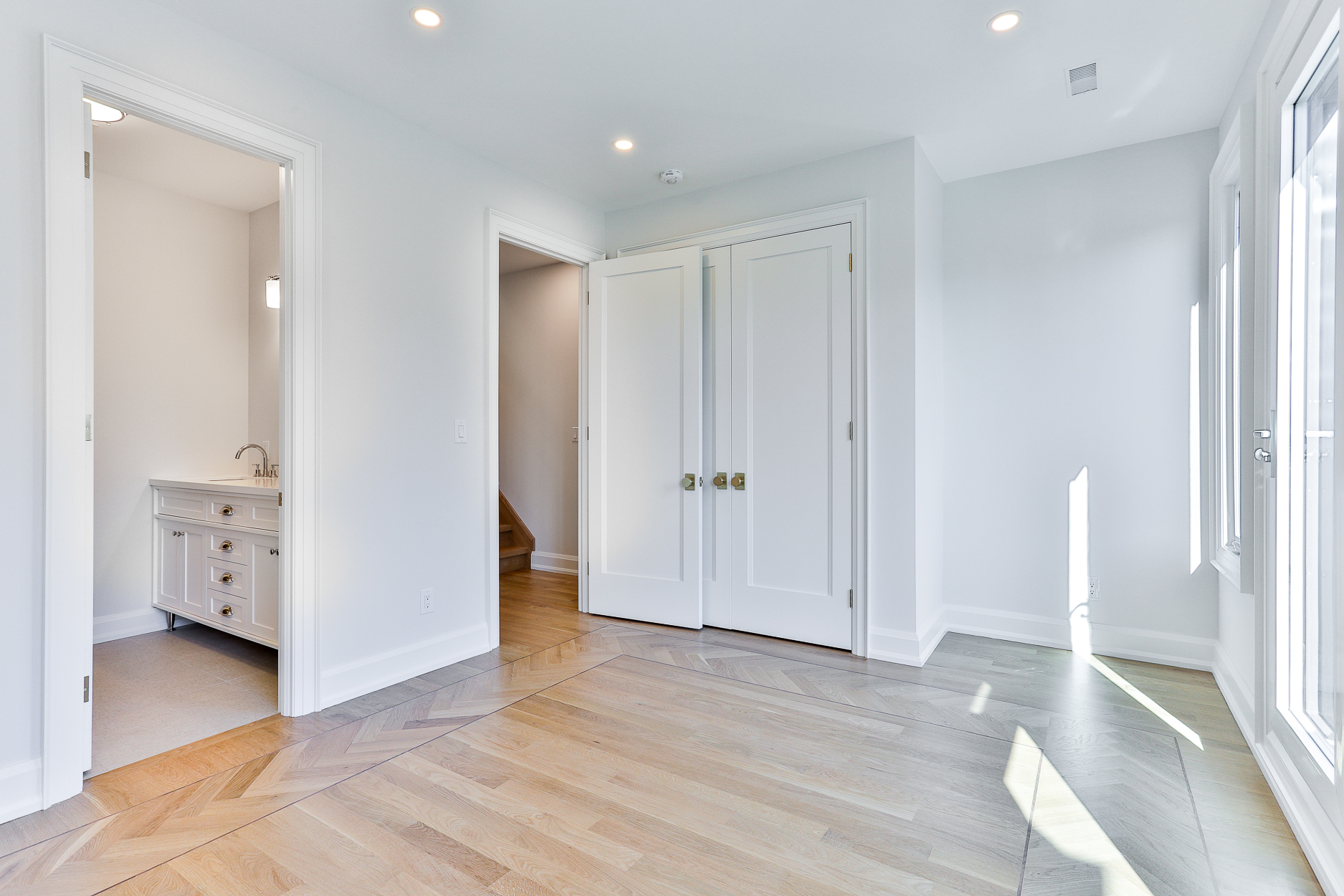 It has an ensuite bathroom with a porcelain-tile shower: 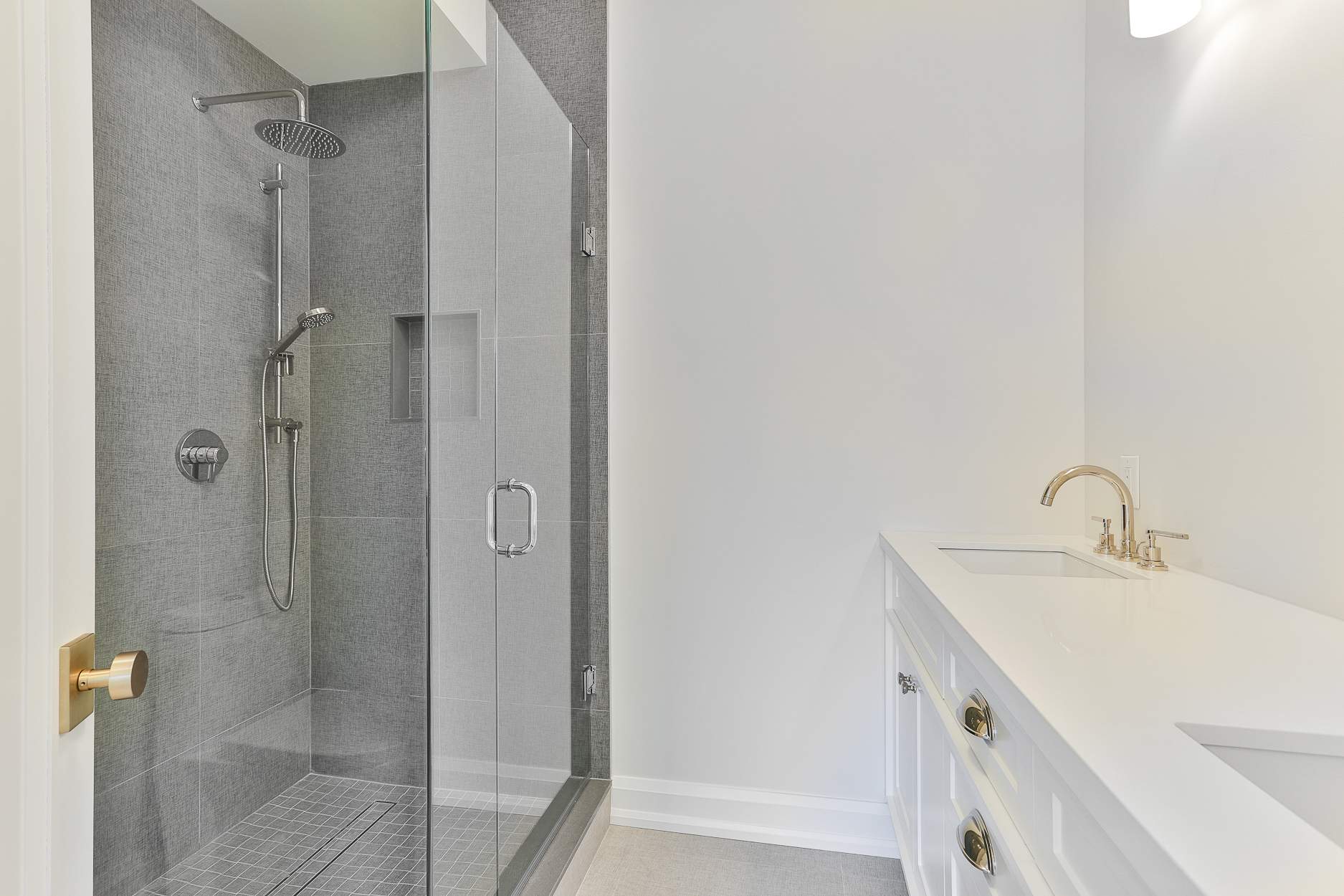 Here’s the second bedroom, which is 130 square feet: 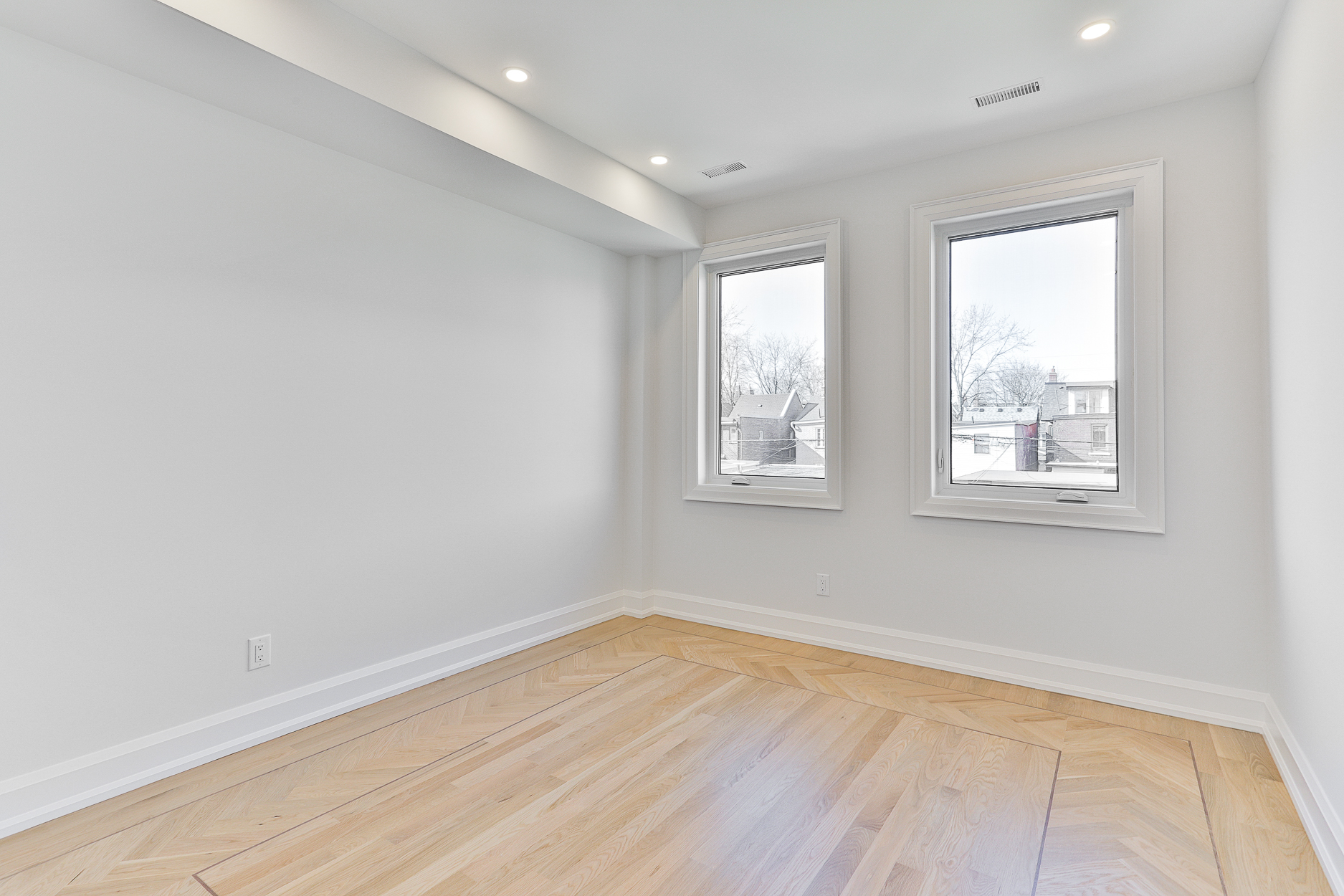 There’s another porcelain-tile shower in this second-floor bathroom: 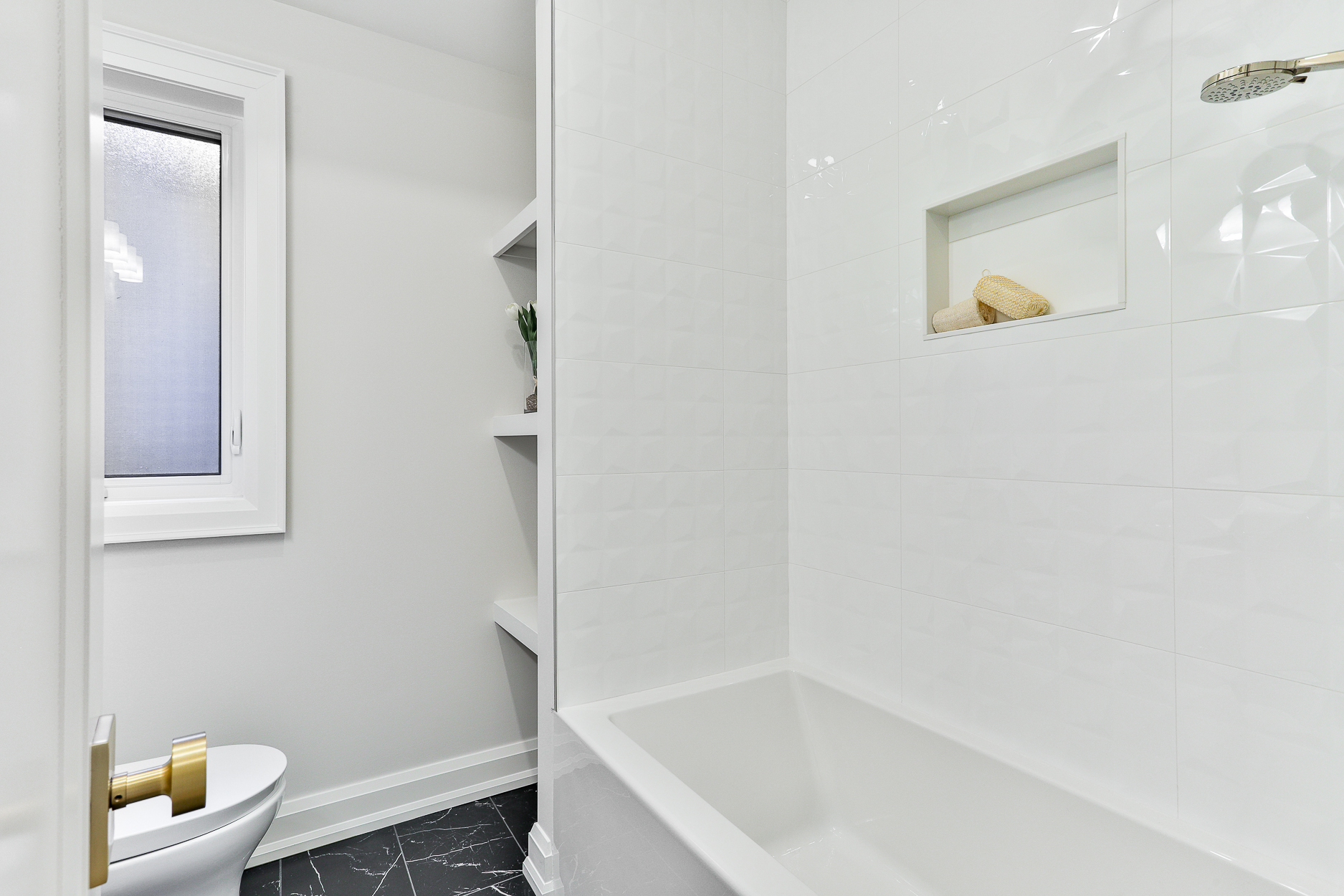 The third-floor master retreat has oak floors and a nine-foot ceiling: 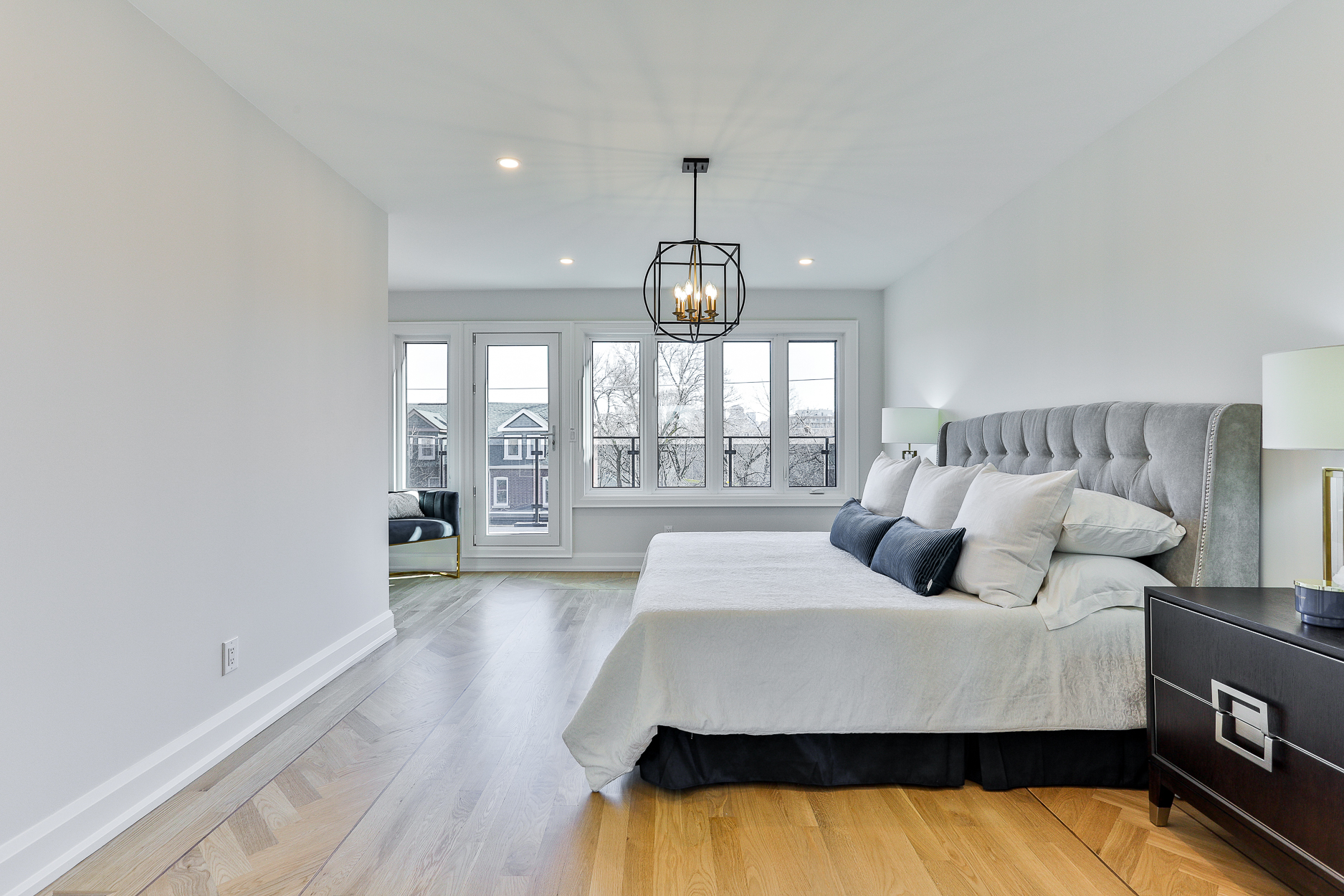 There’s a small reading nook next to the balcony: 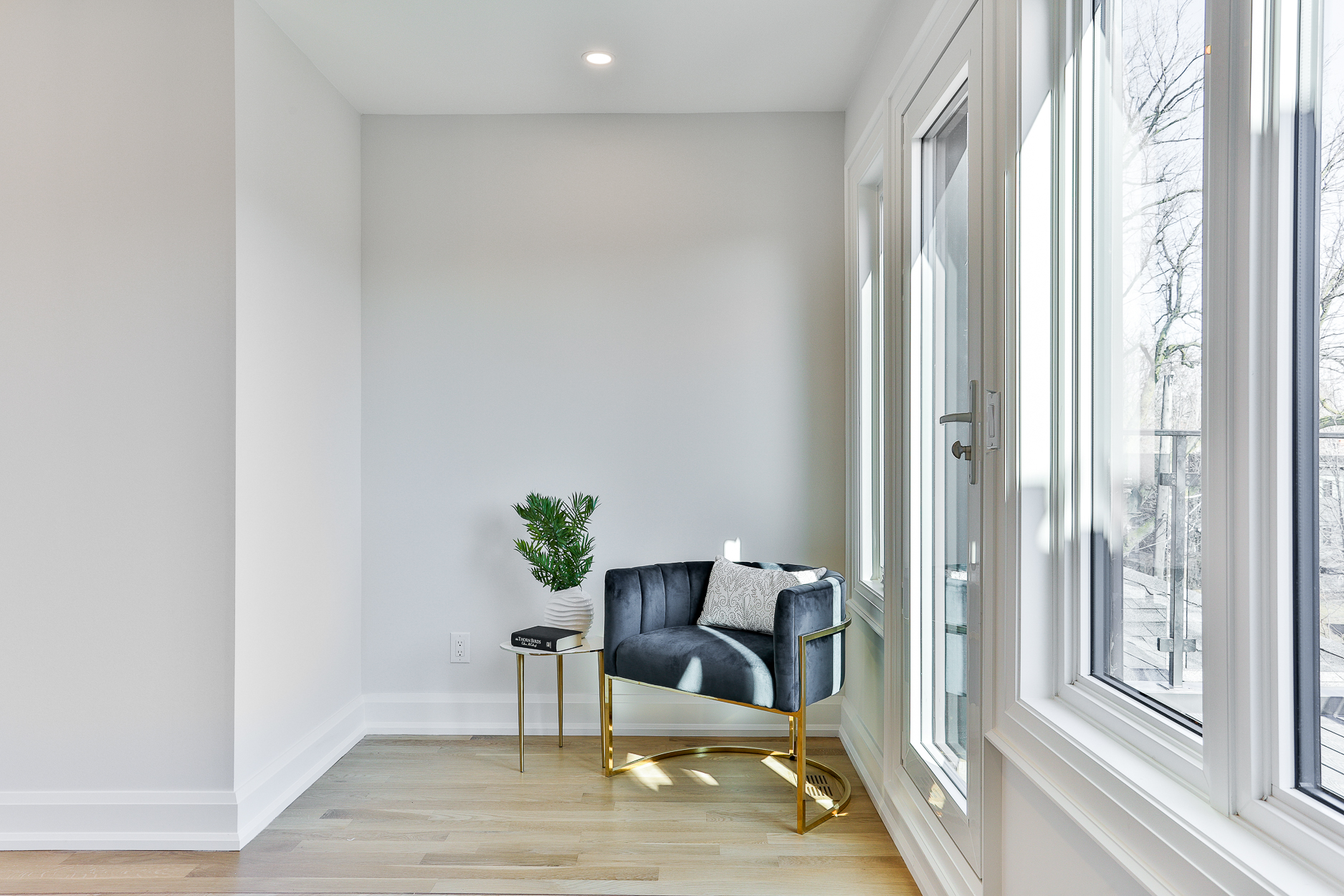 The master closet has built-in shelving: 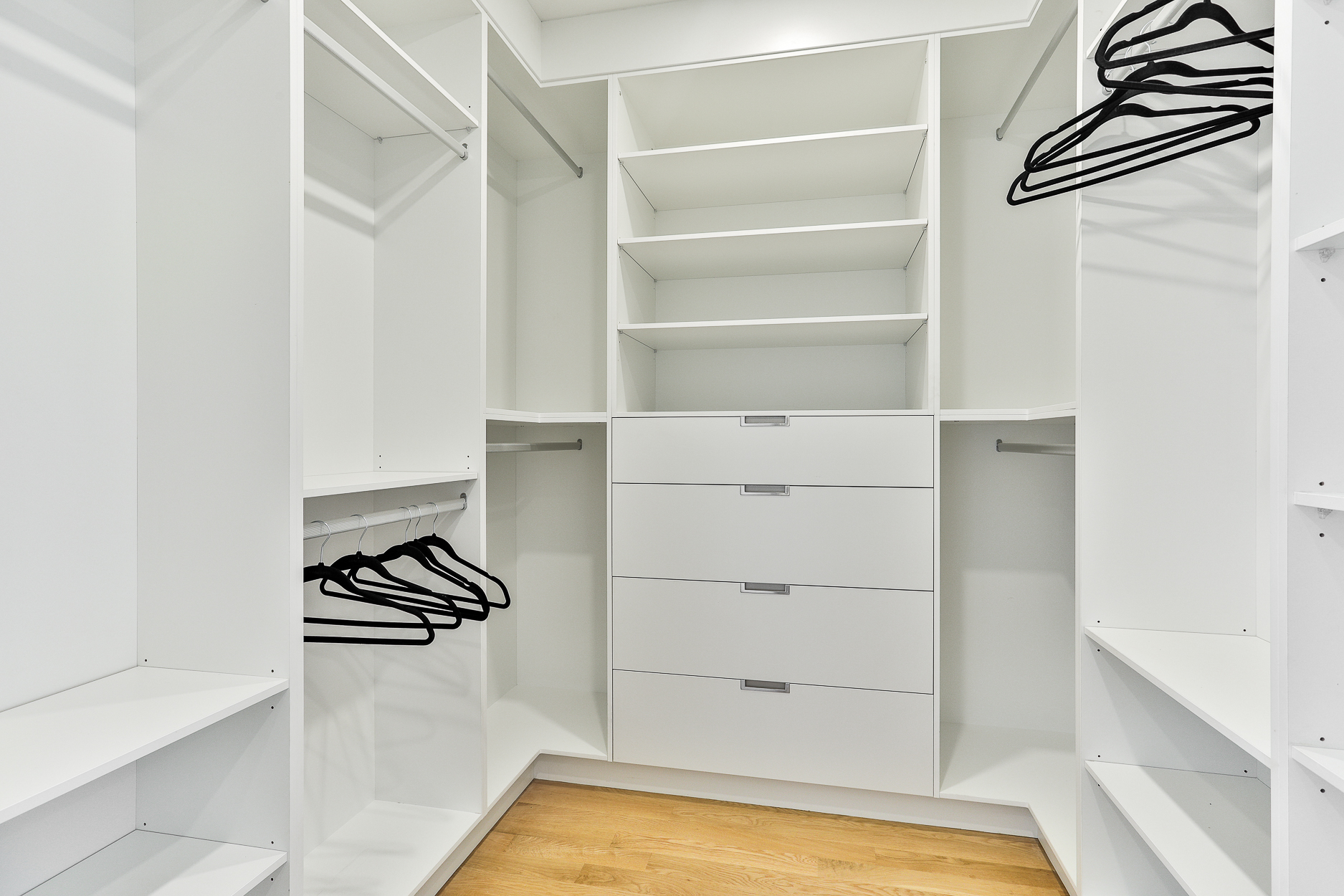 You can see Christie Pits Park from the bedroom’s 130-square-foot balcony: 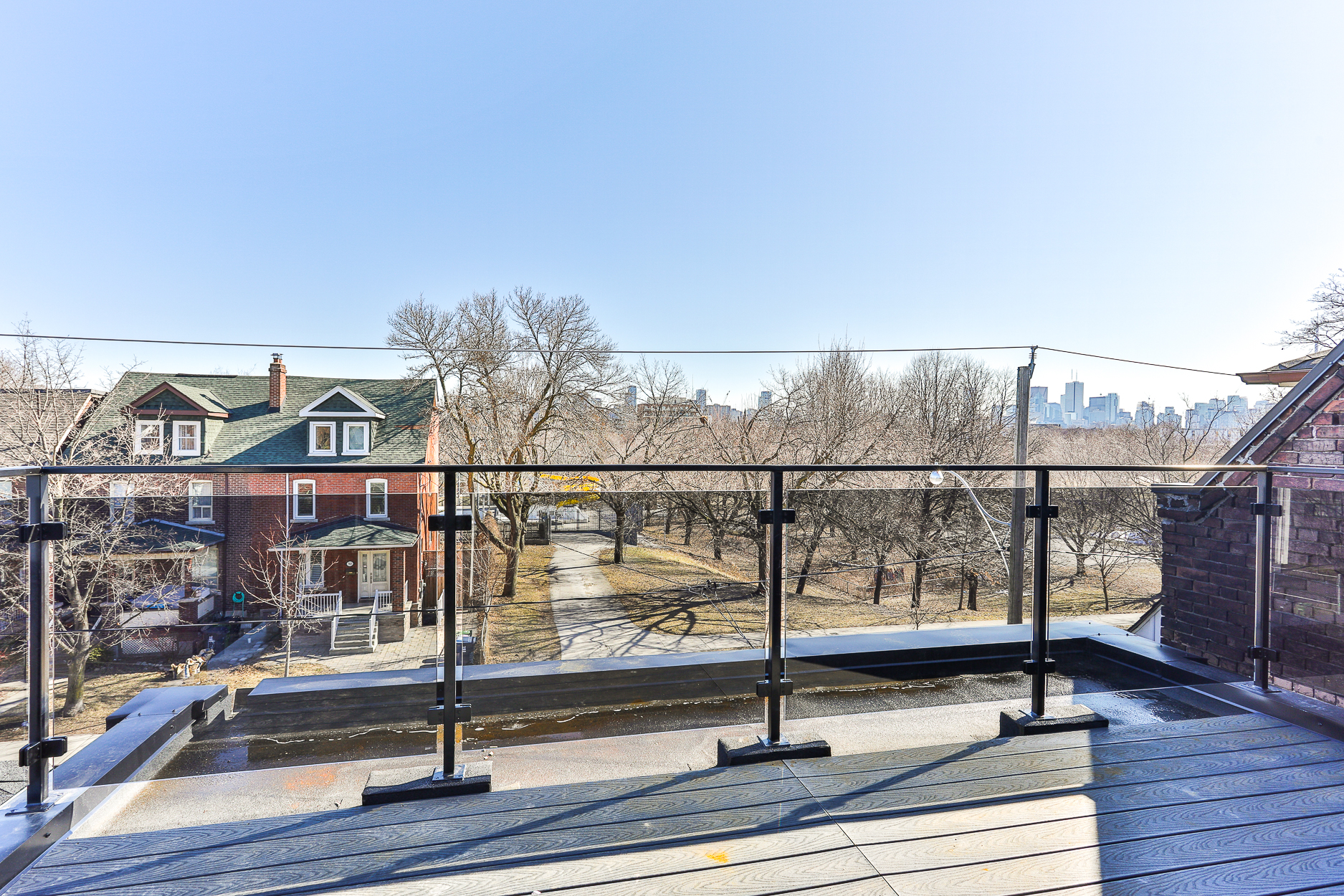 There are heated porcelain floors in the ensuite bathroom: 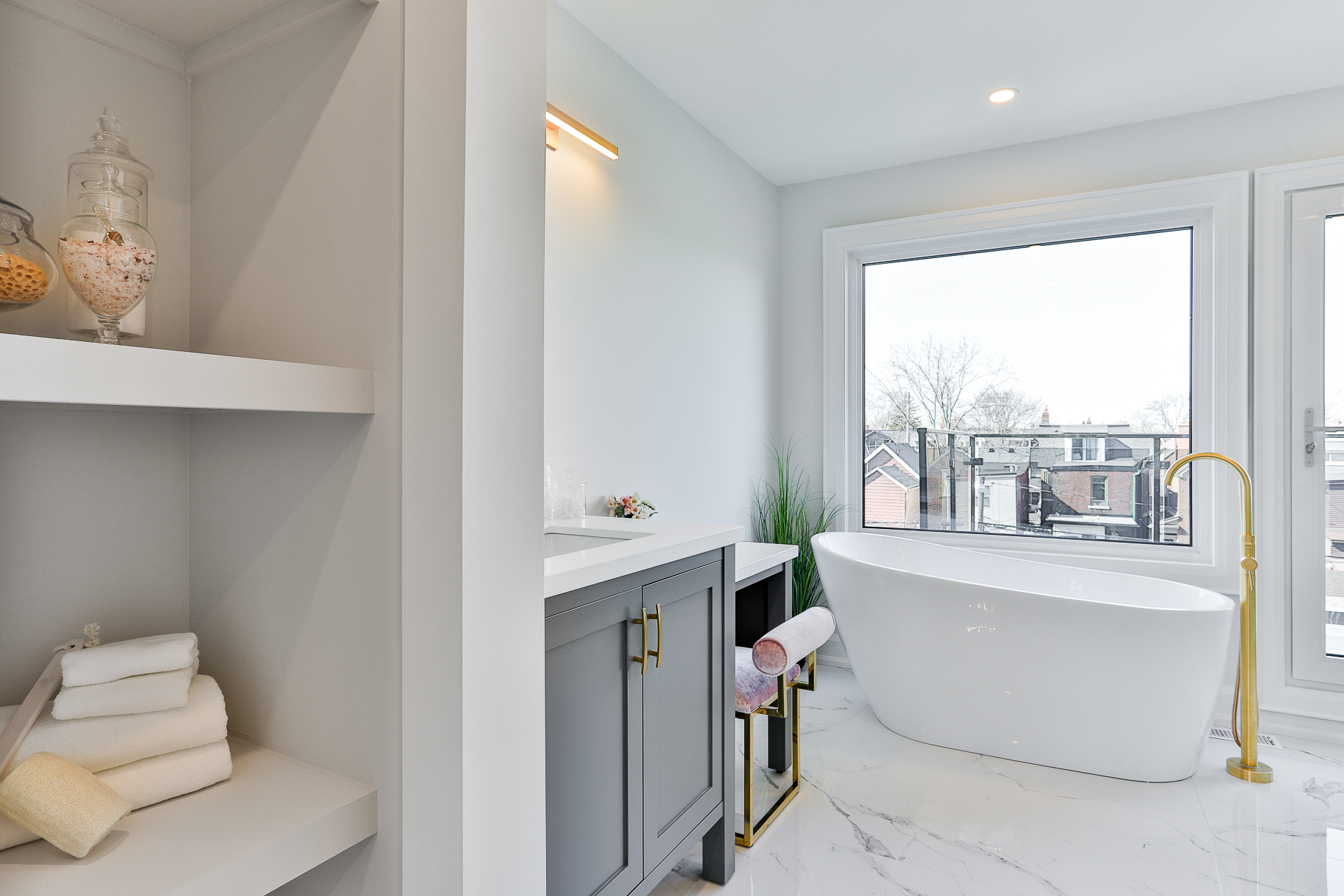 And a floor-to-ceiling glass shower with porcelain walls: 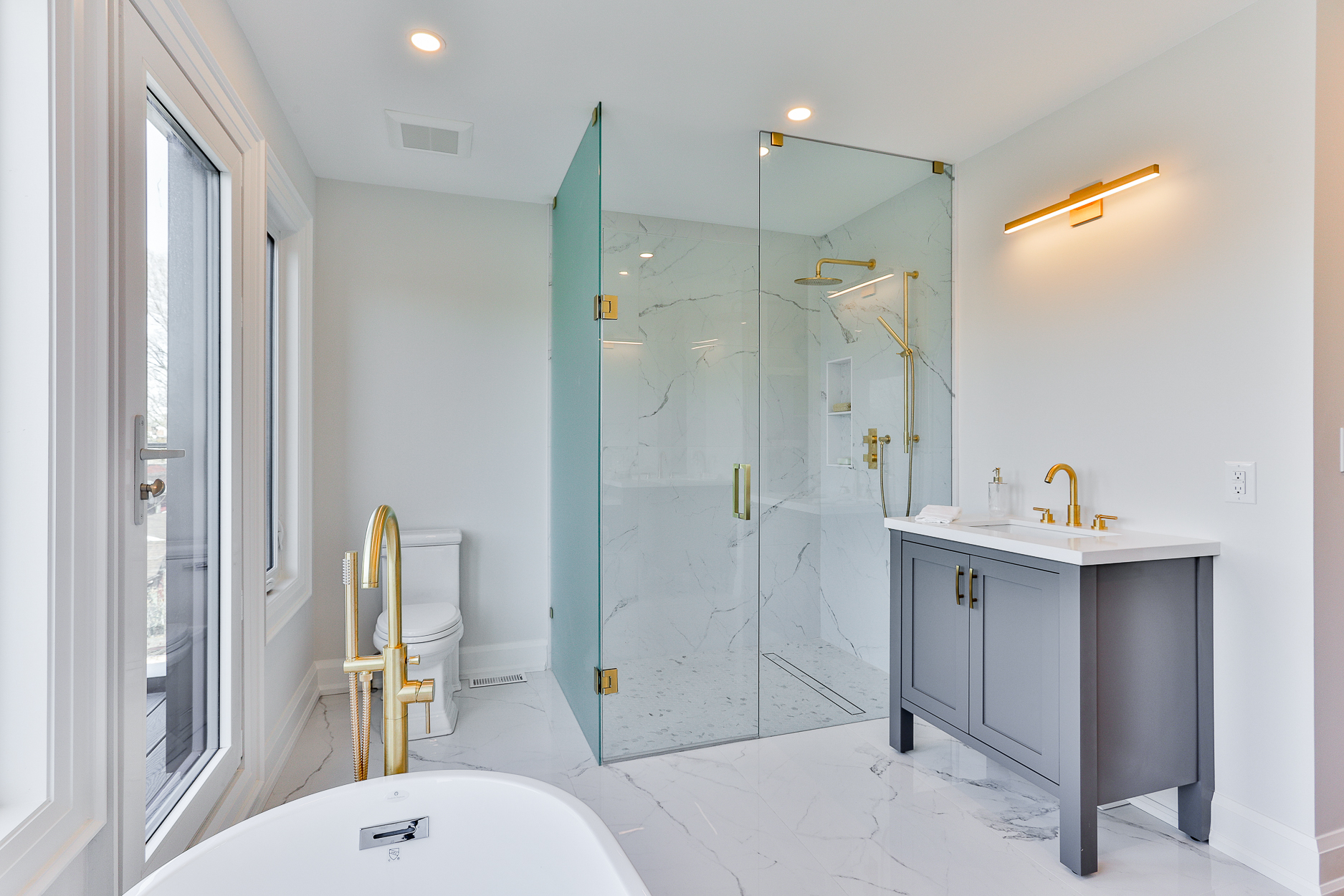 The bathroom has gold finishes: 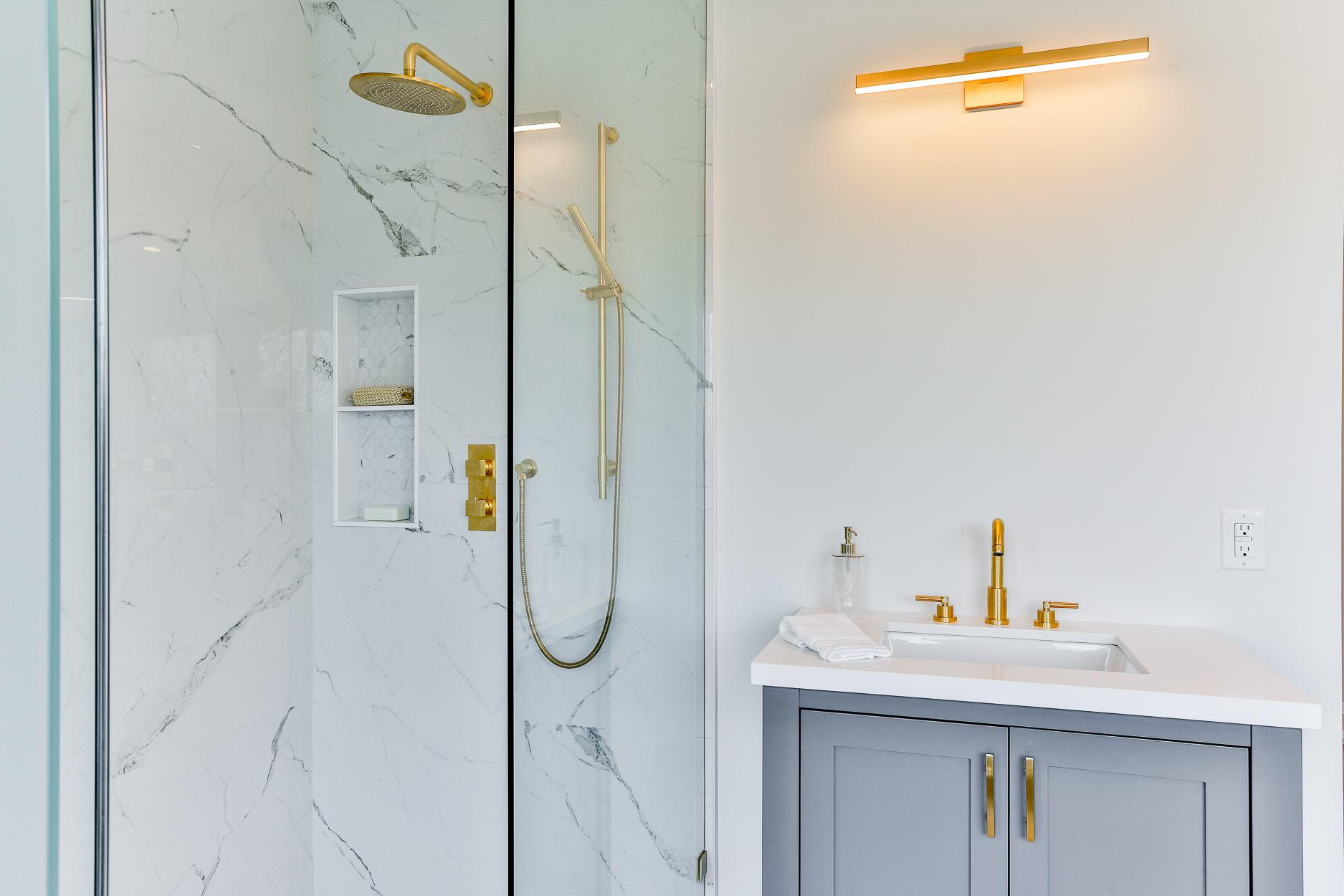 And a 65-square-foot balcony: 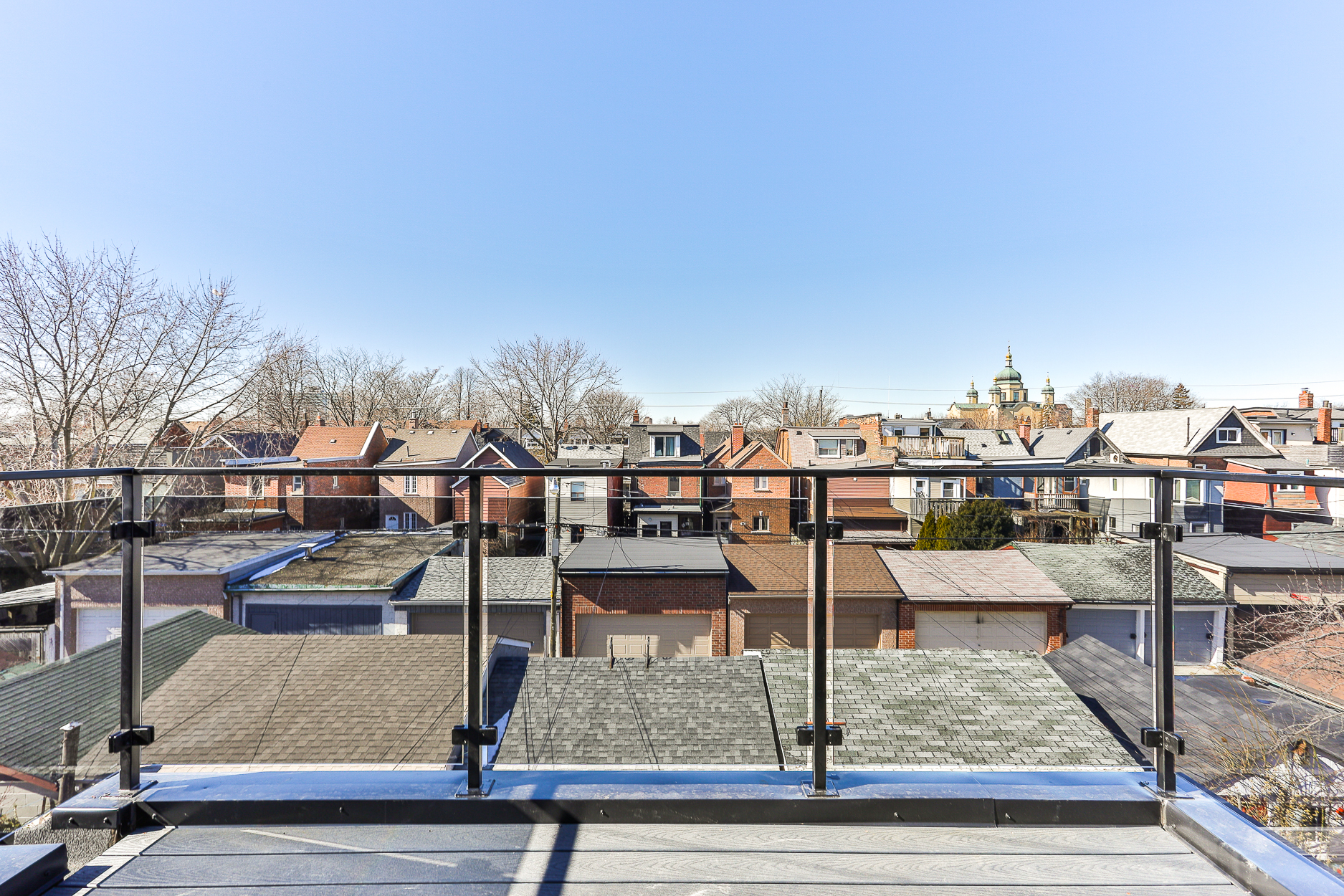 There are heated concrete floors and eight-foot ceilings in the basement suite: 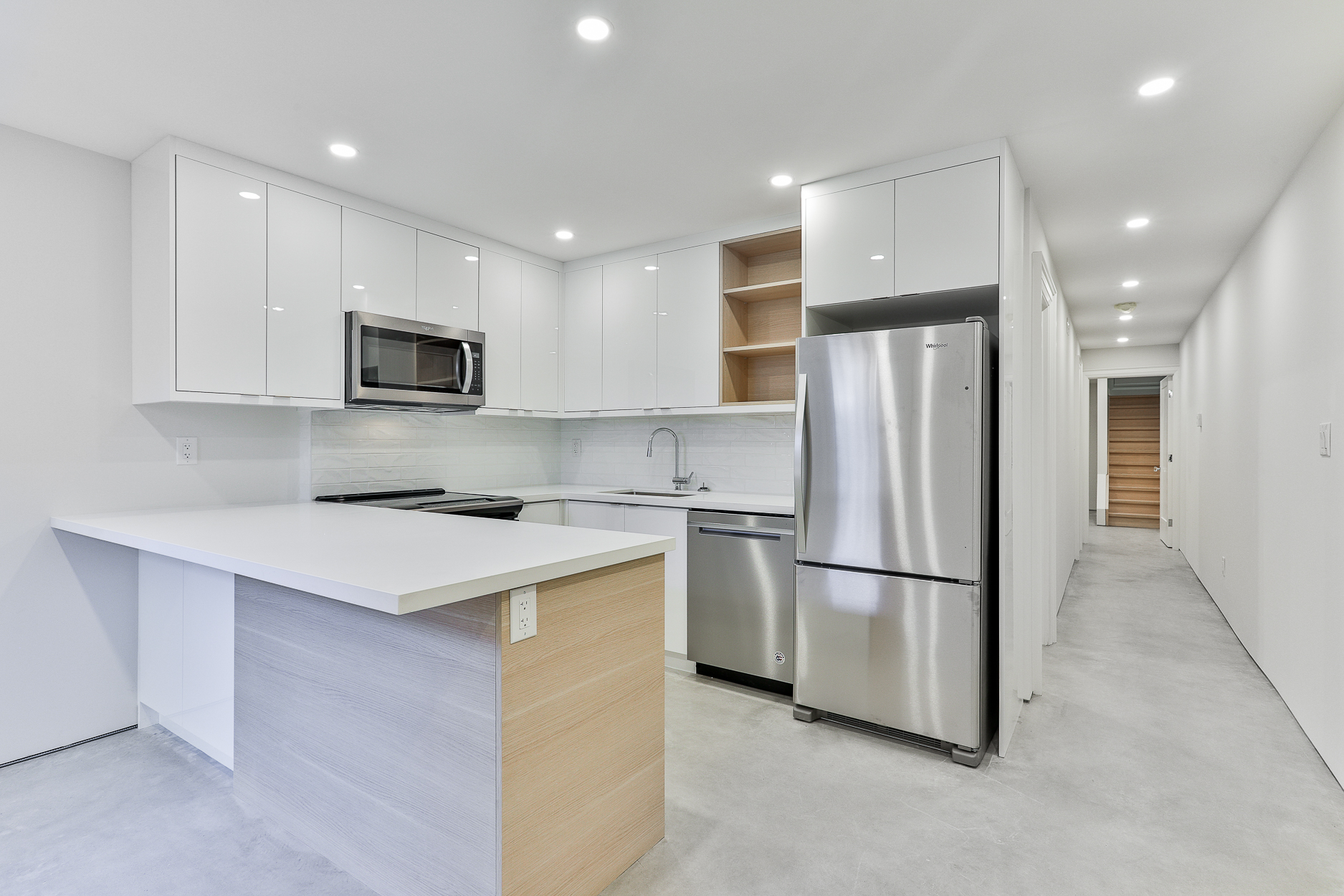 Here’s the back of the house, which has a grey brick exterior. That door on the left leads to the basement suite: 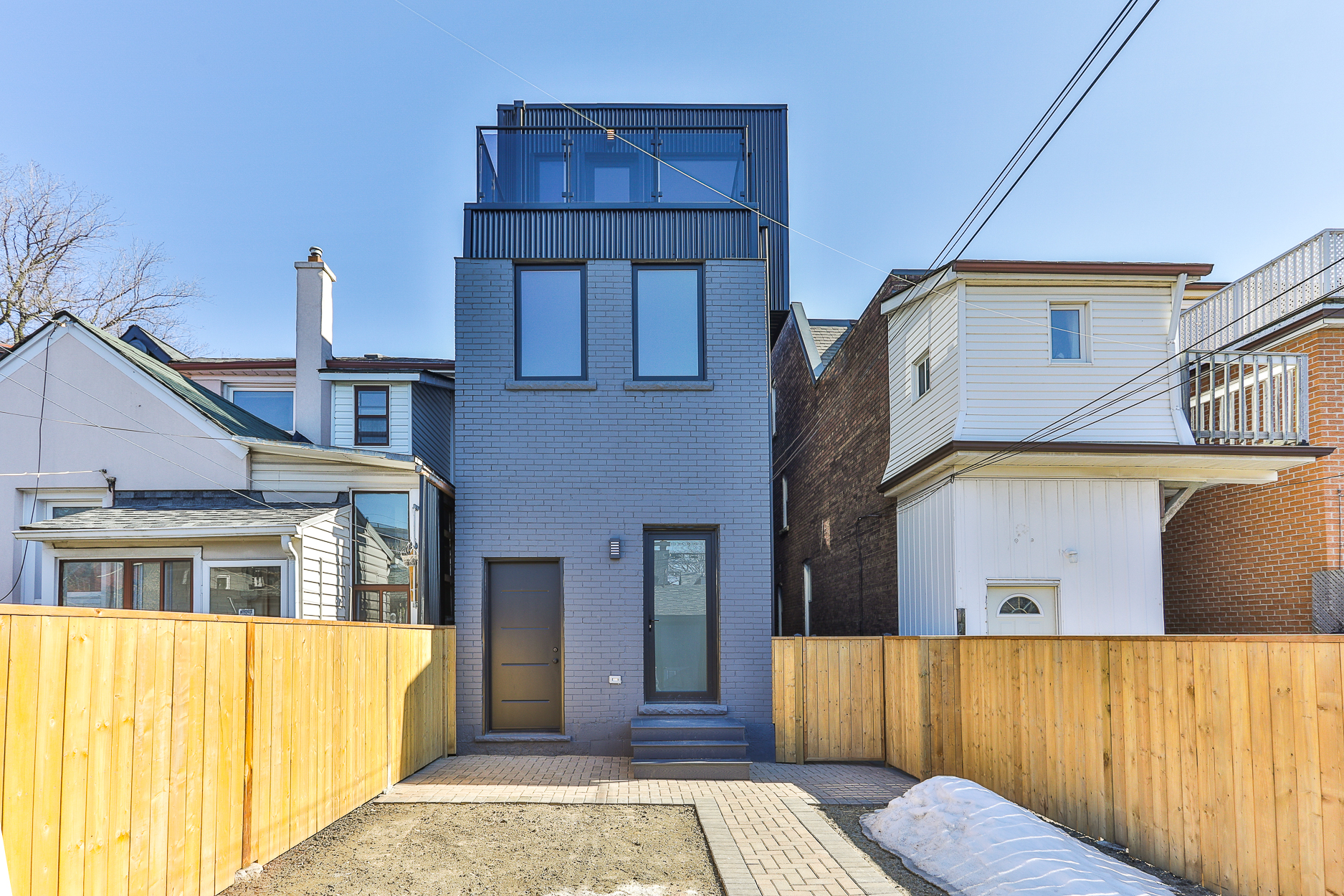 The sellers wanted to turn the garage into a laneway house, but the city denied their application: 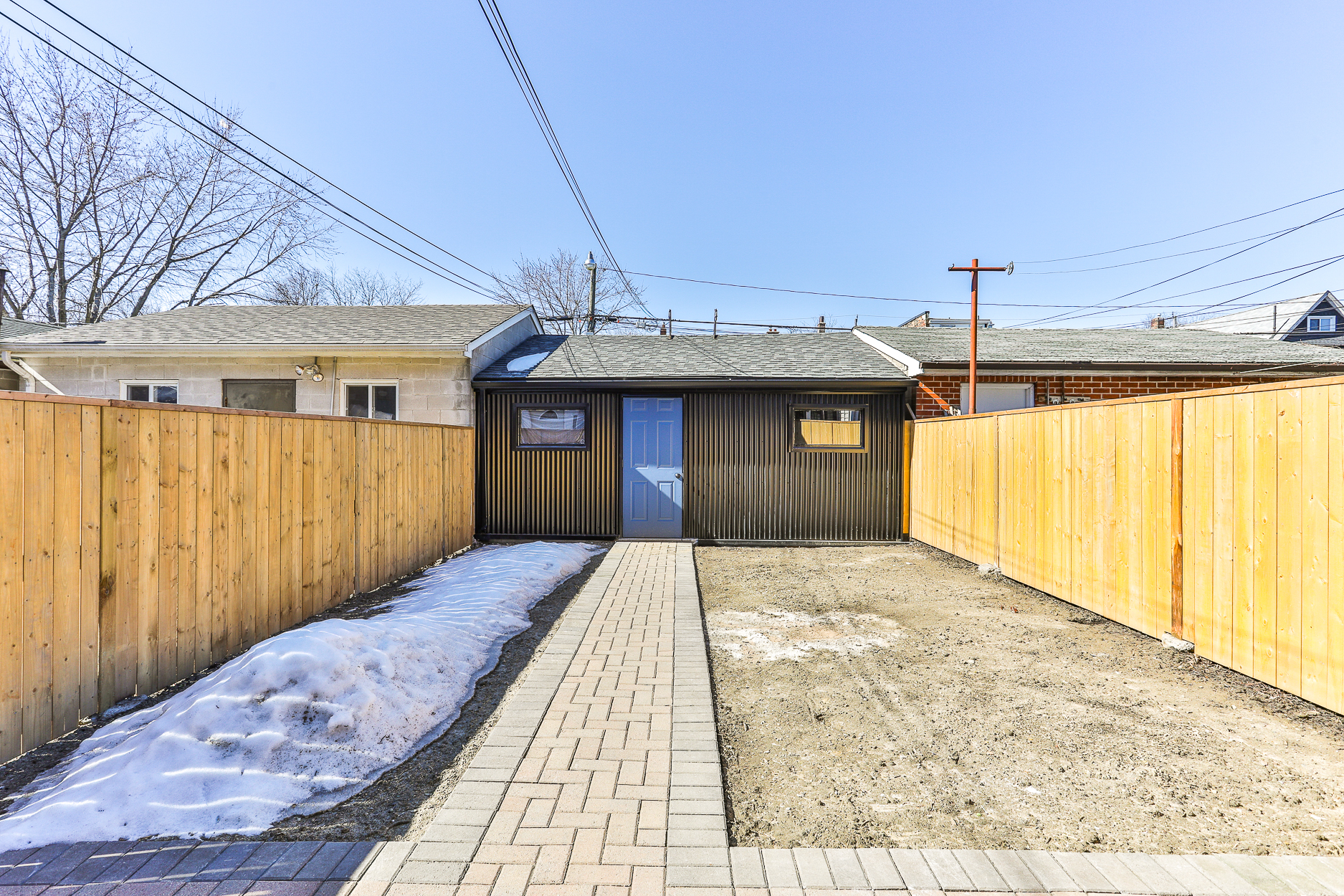 It’s across the street from one of the city’s most popular parks. Plus, the 900-square-foot basement unit has some serious money-making potential. Apartment listings in the area range from $1,500 to $2,000 a month.

The place is a mashup of old and new. That clash of aesthetics might upset the sensibilities of some buyers.