House of the Week: $1.9 million for a modern Parkdale home with a quirky design

House of the Week: $1.9 million for a modern Parkdale home with a quirky design

A modern 4,000-square-foot home near Roncesvalles. This three-bedroom, four-bathroom house has a distinct angular façade and a minimalist interior.

In 2016, the seller bought the property for $660,000, then tore down the two-bedroom bungalow that sat on the lot. In 2017, he enlisted local architect Reza Aliabadi of RZLBD to design and build a new home. The jagged shape of the façade and windows, along with the split-level interior, were inspired by the irregular shape of the lot, which is square in the front and angled in the backyard. The seller, a real estate agent, built the house with the intention of slapping it on the market. He originally listed it for nearly $2.9 million. When he didn’t get any viable offers, he switched brokerages and dropped the price by nearly $1 million.

The foyer has porcelain floors: 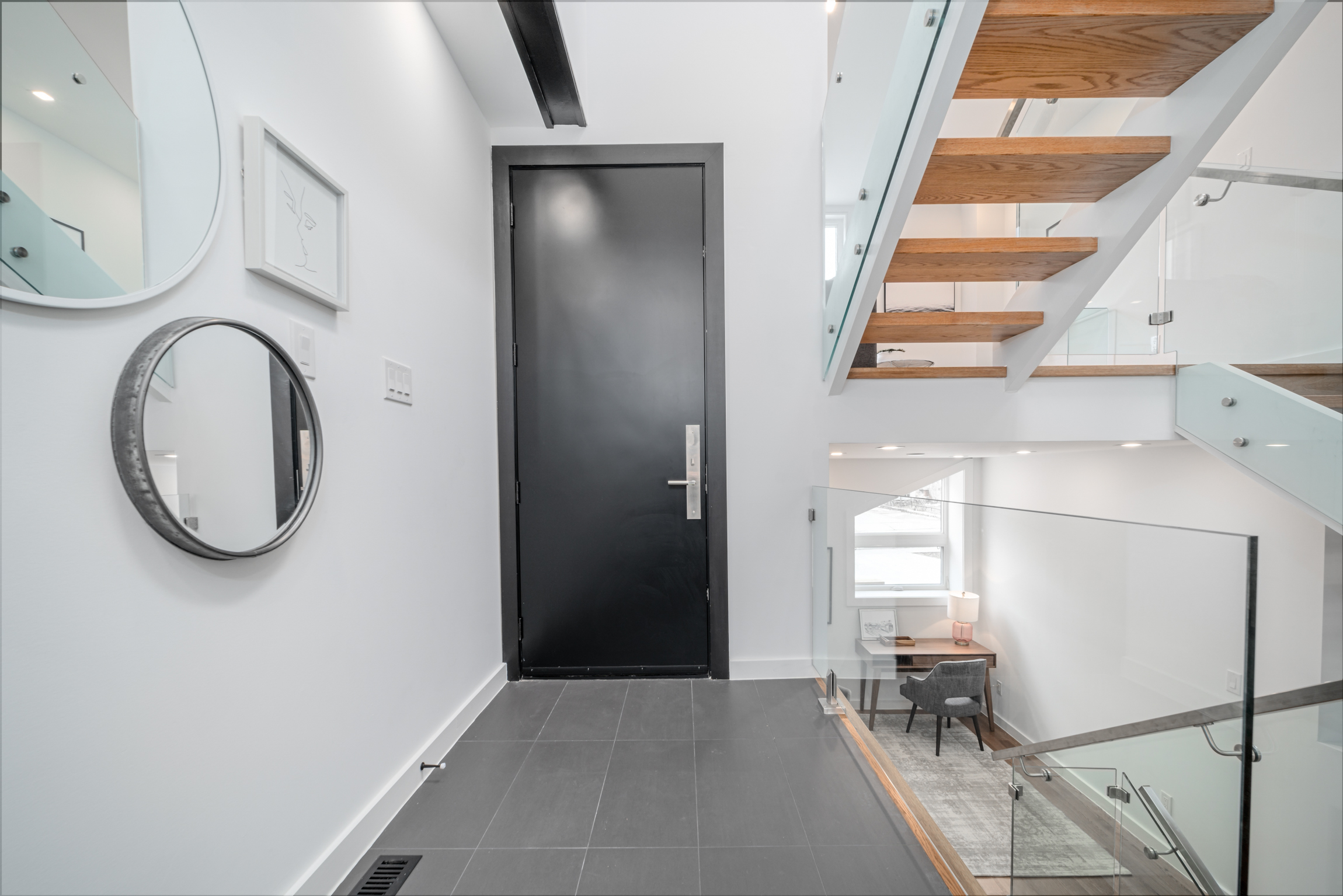 There’s an 11-foot-long quartz island in the kitchen: 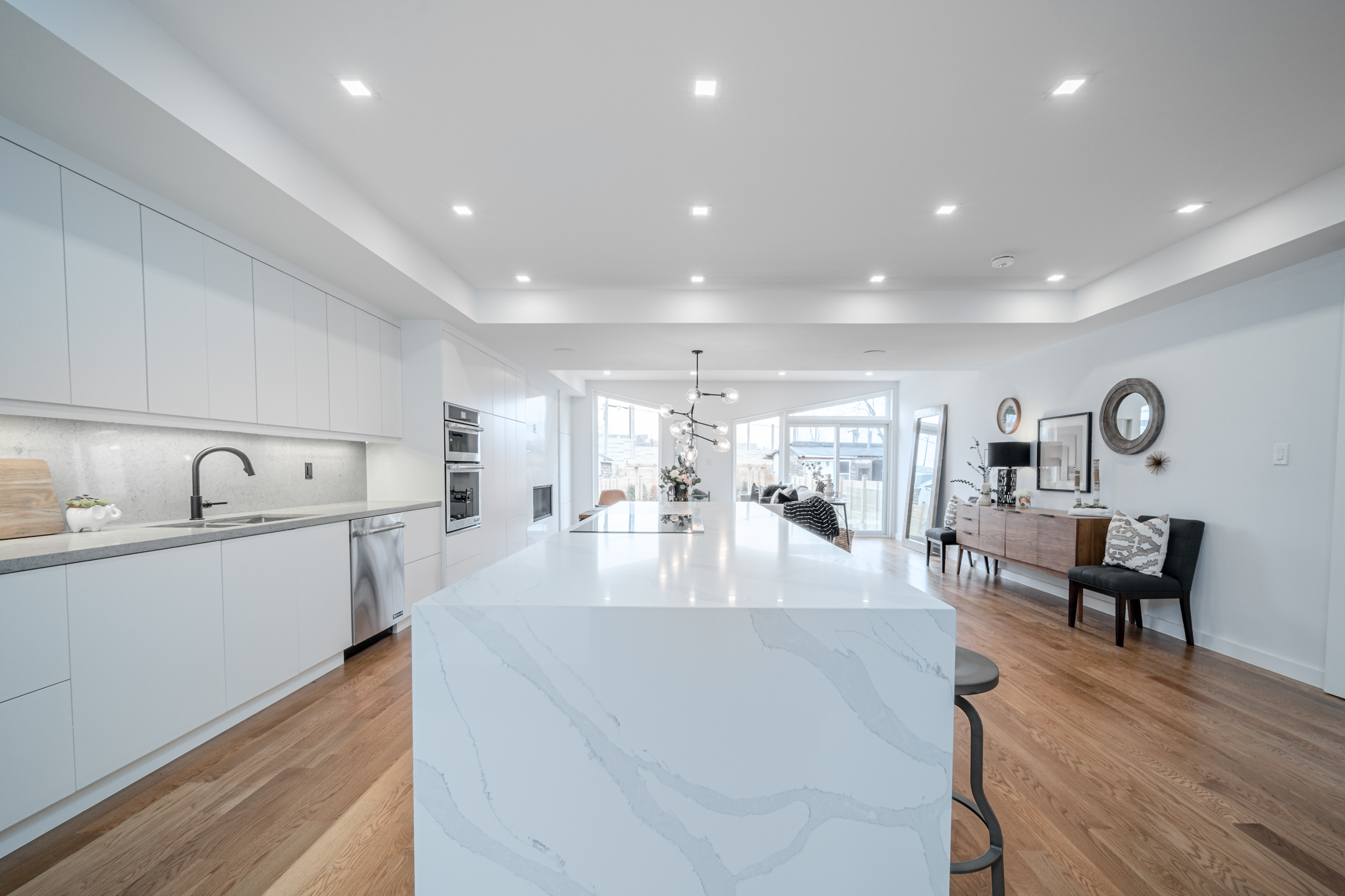 The open-concept living space has oak floors and eight-foot ceilings: 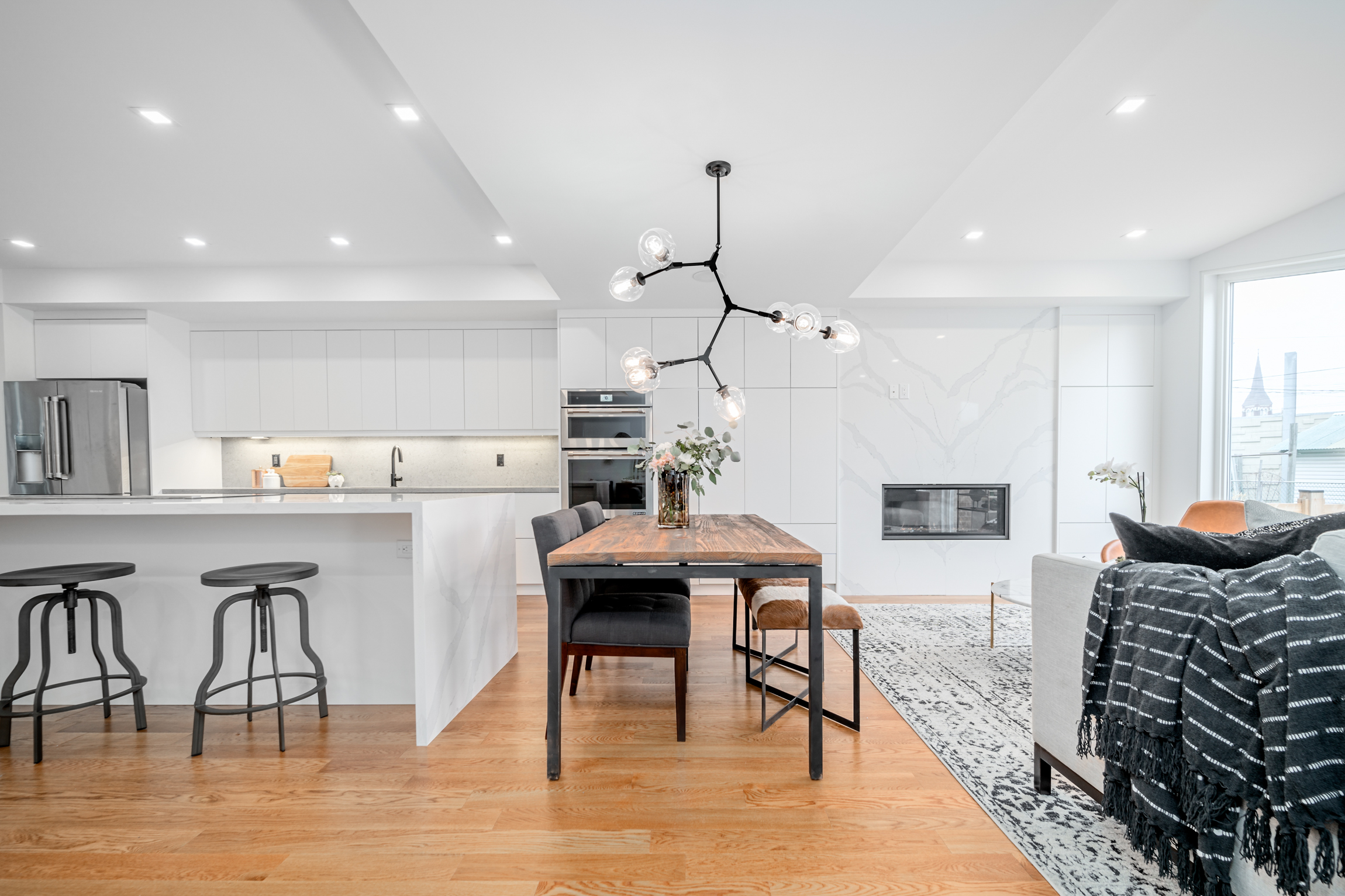 In the family room, there’s a gas fireplace with a large marble mantel: 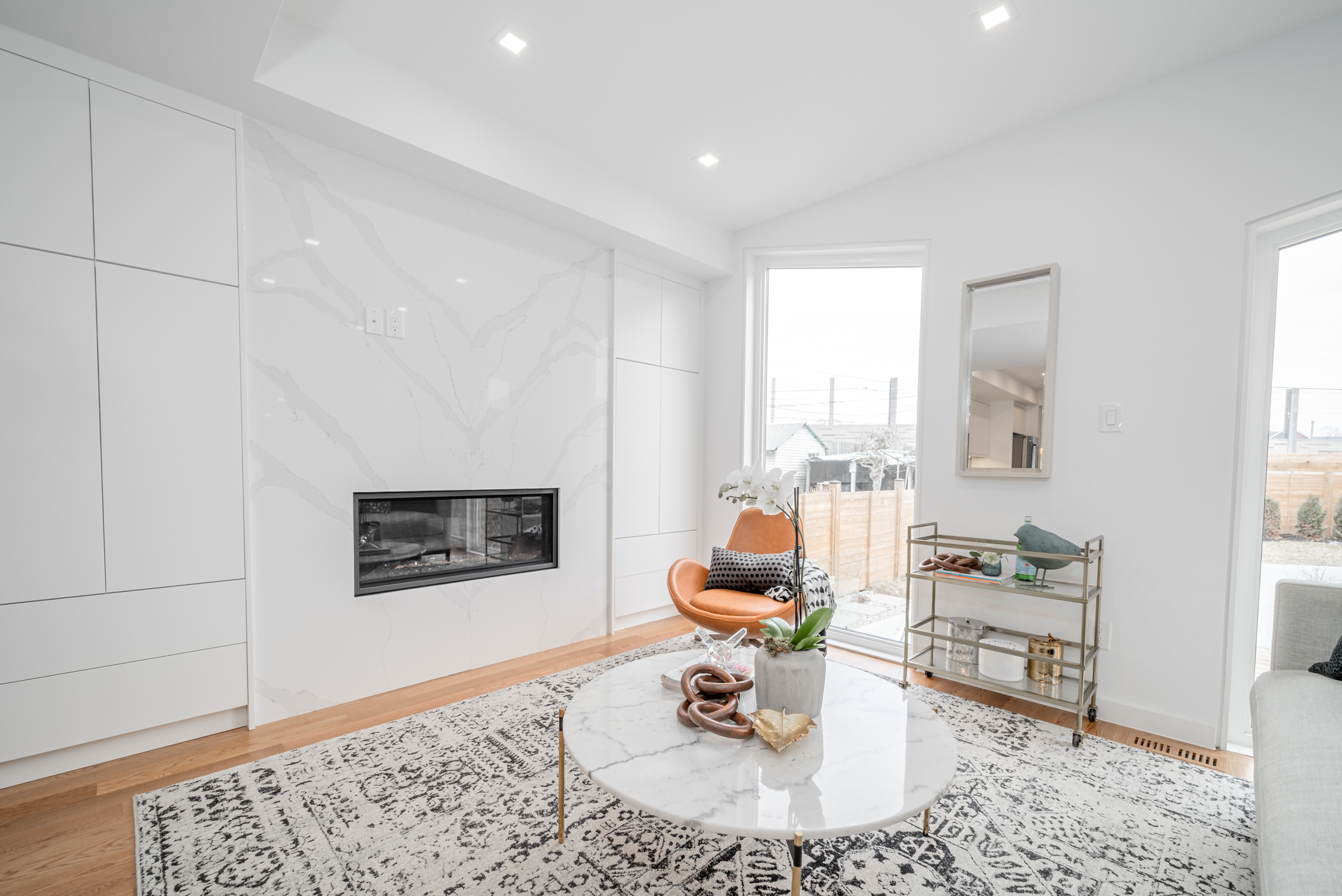 The seller staged this 100-square-foot landing as a sitting room: 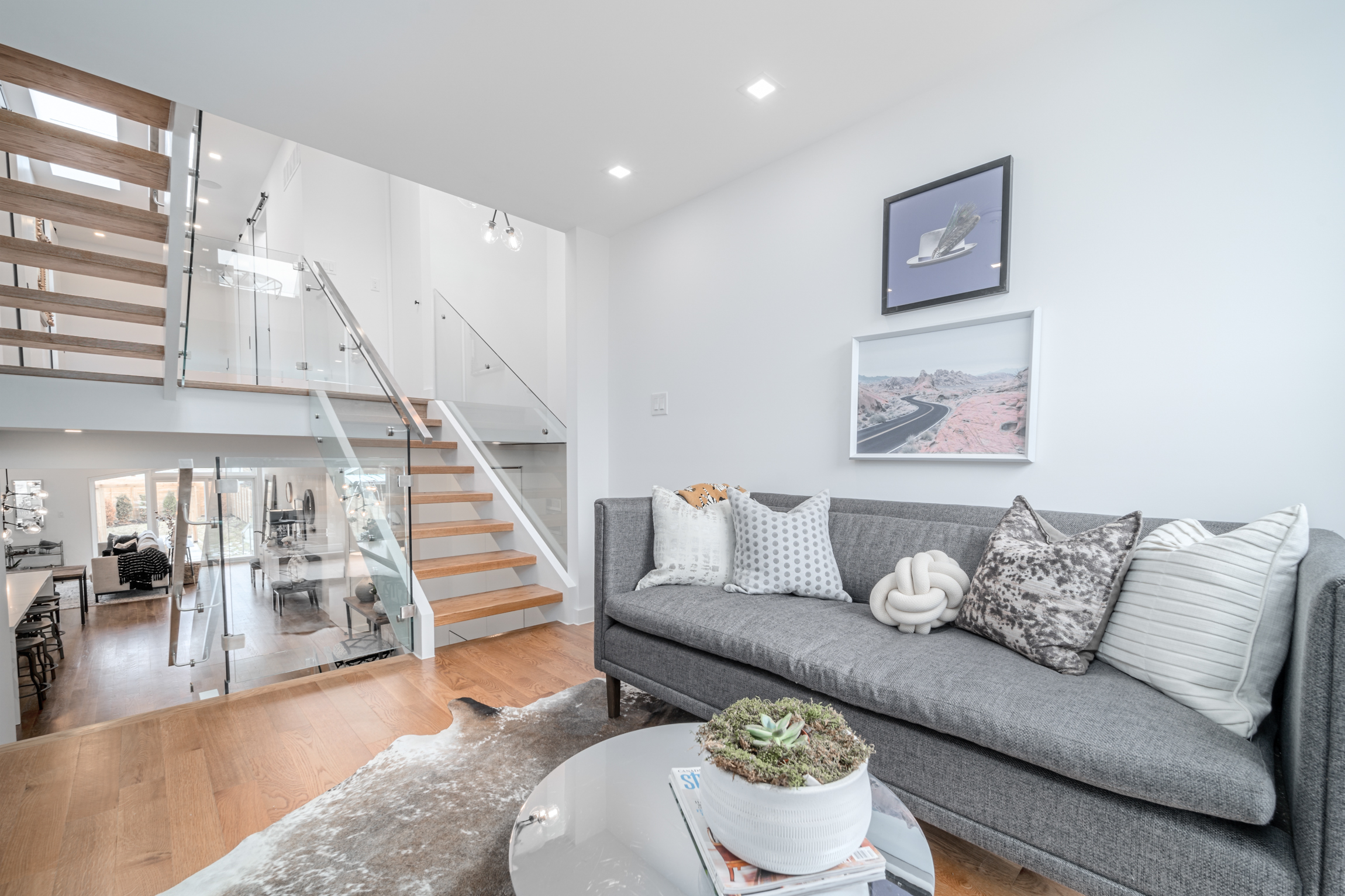 There’s another sitting room on the second floor: 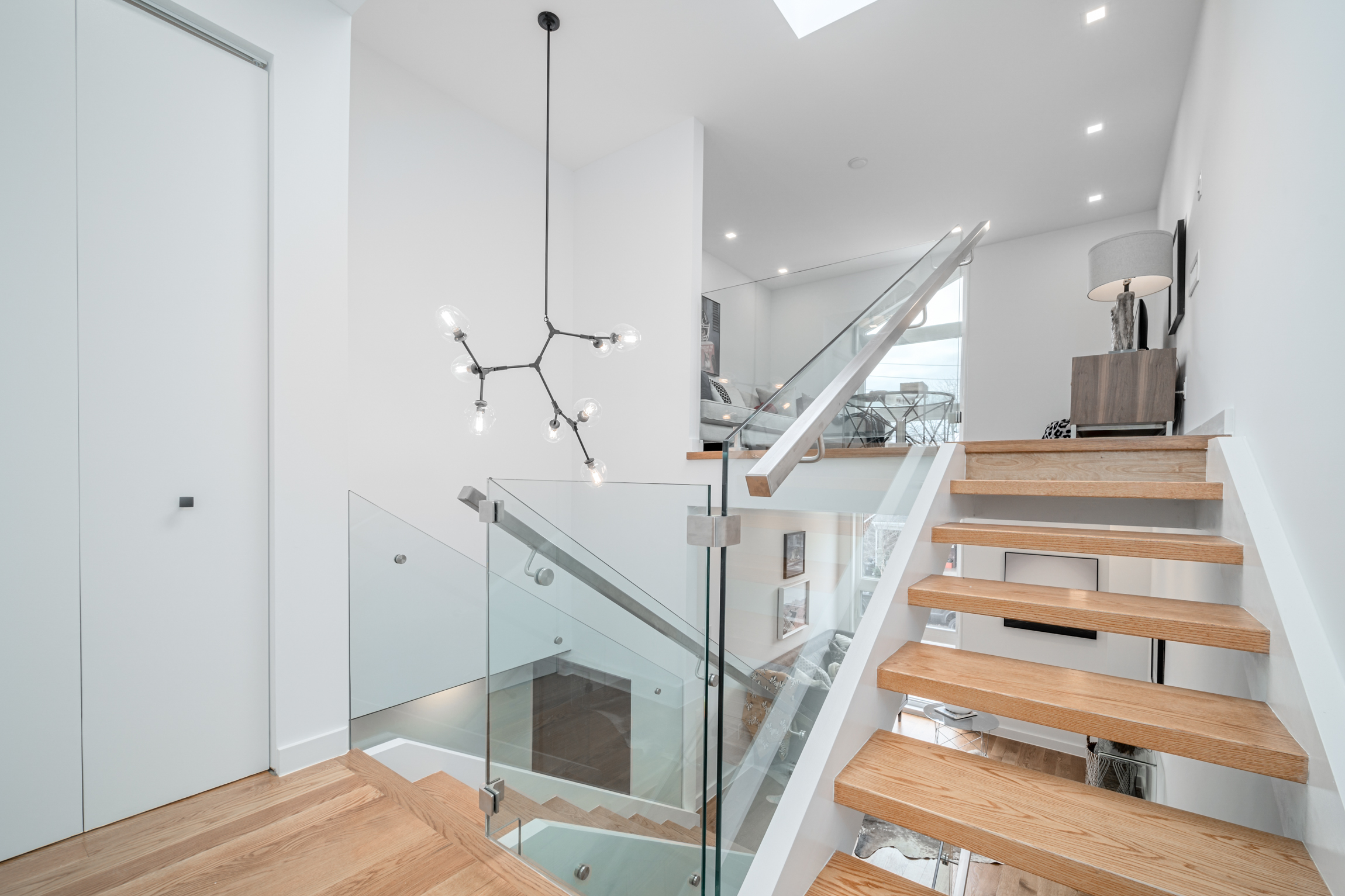 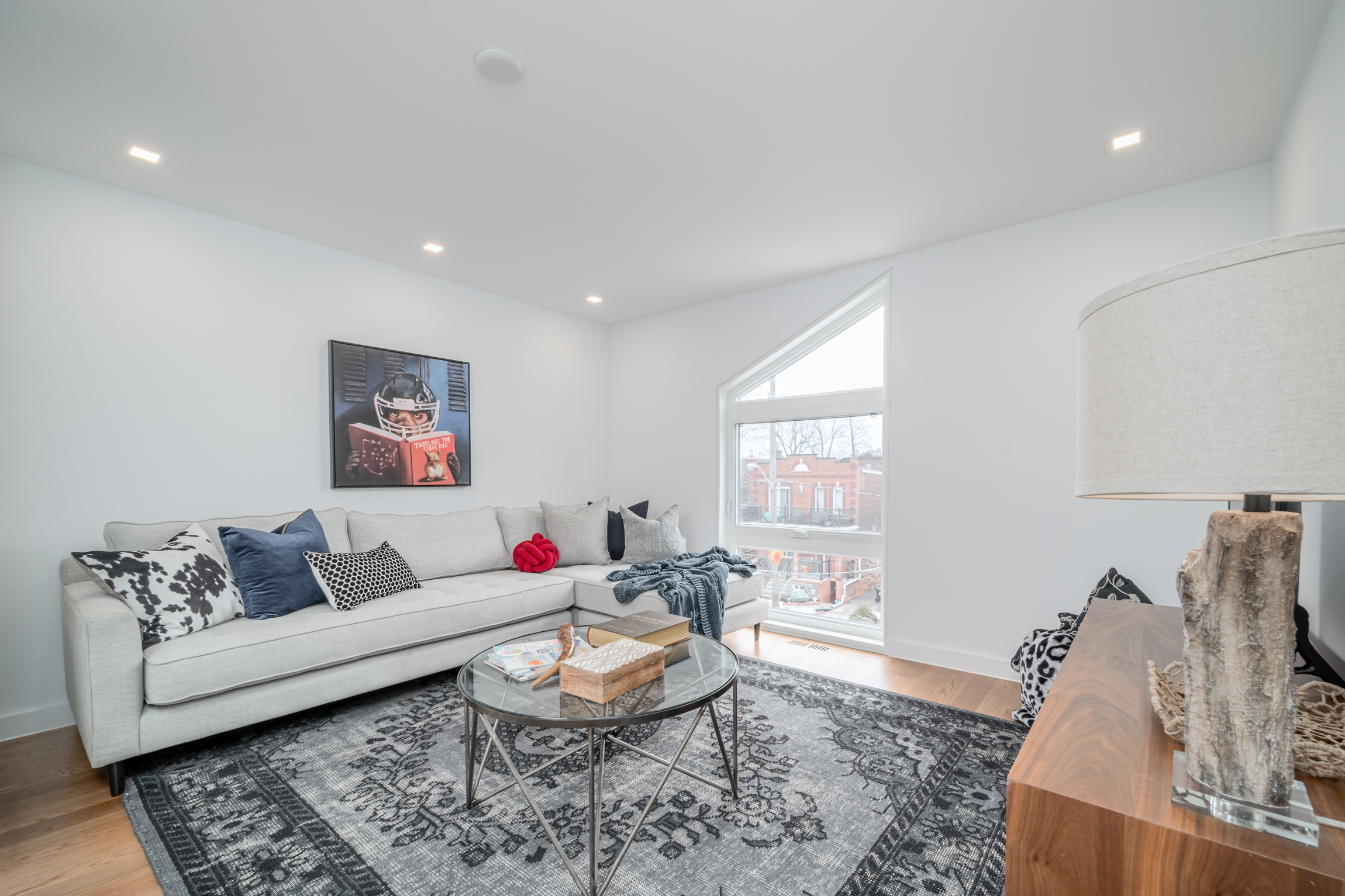 The master suite, located on the second floor, has a walk-through closet: 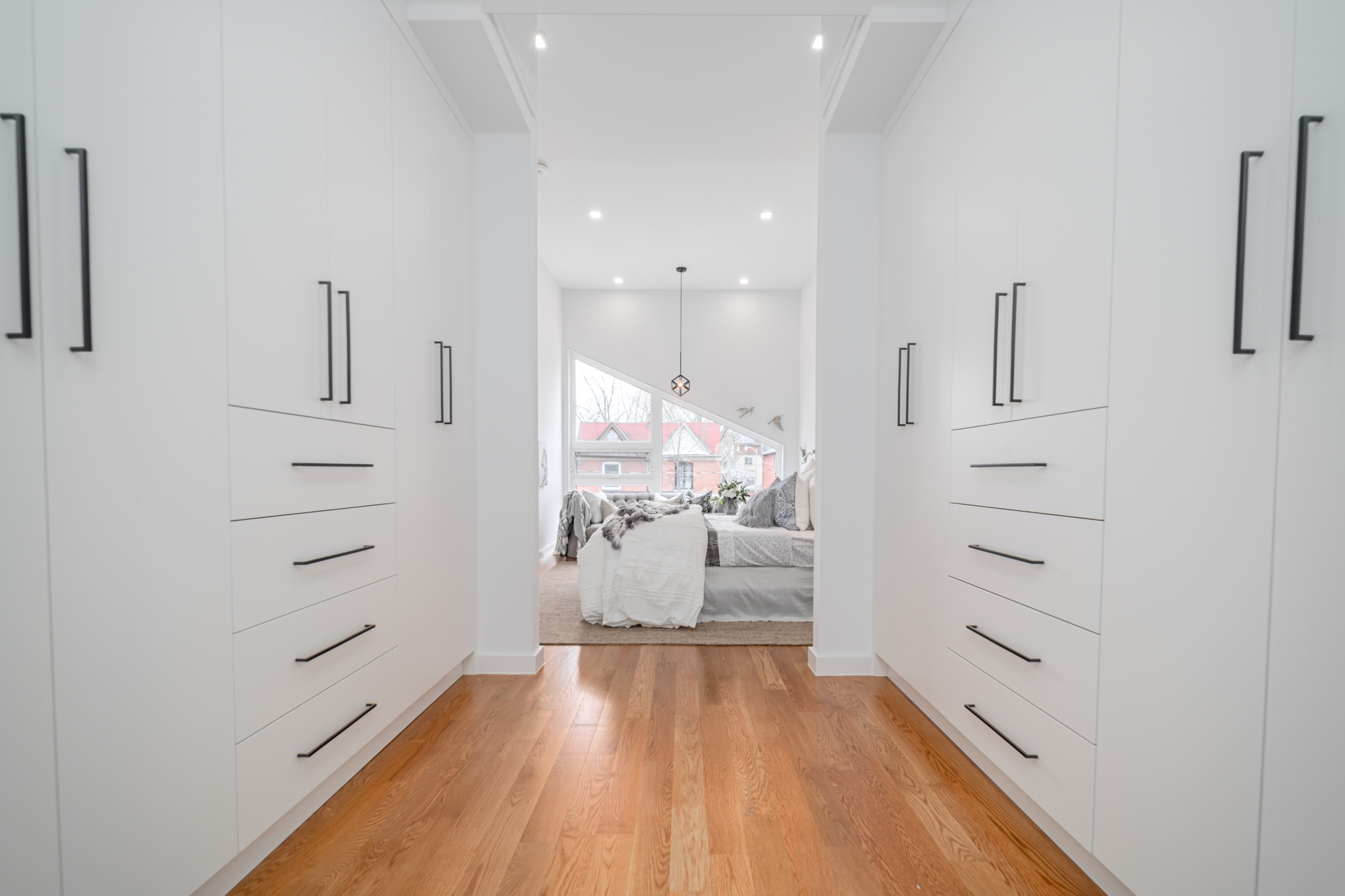 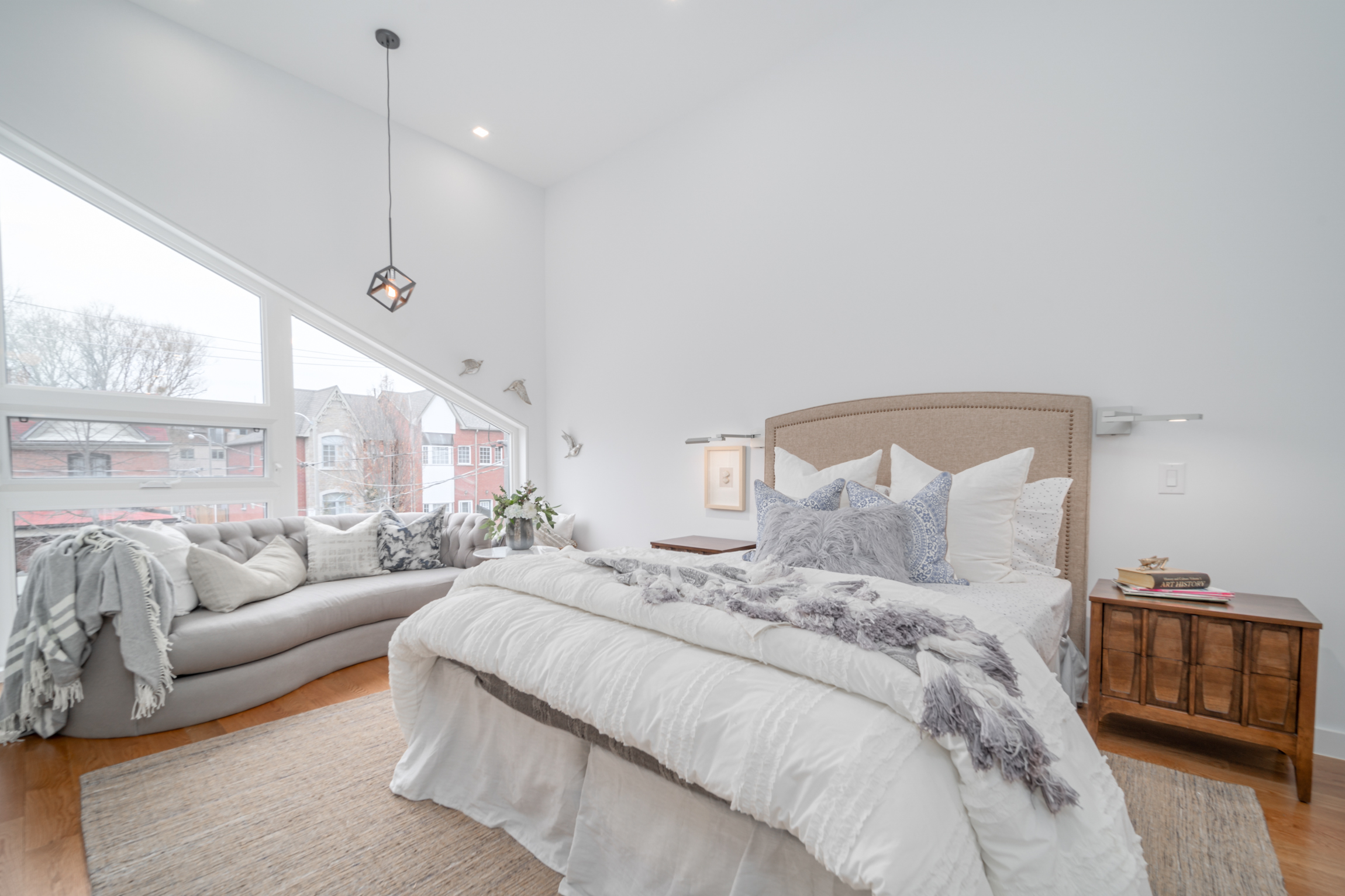 The master bathroom has porcelain floors and a skylight: 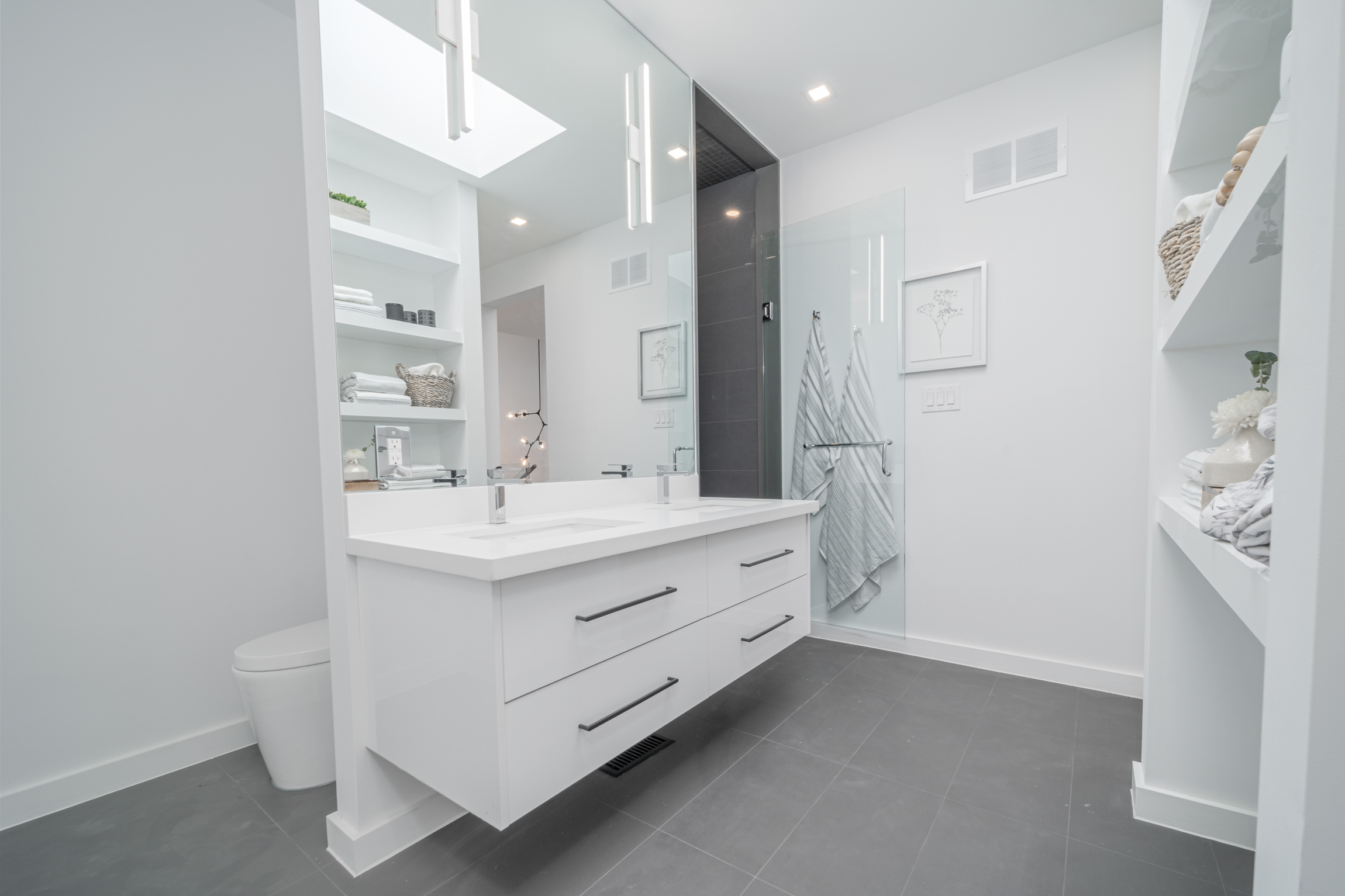 Here’s the second bedroom, which is 170 square feet and has a built-in desk: 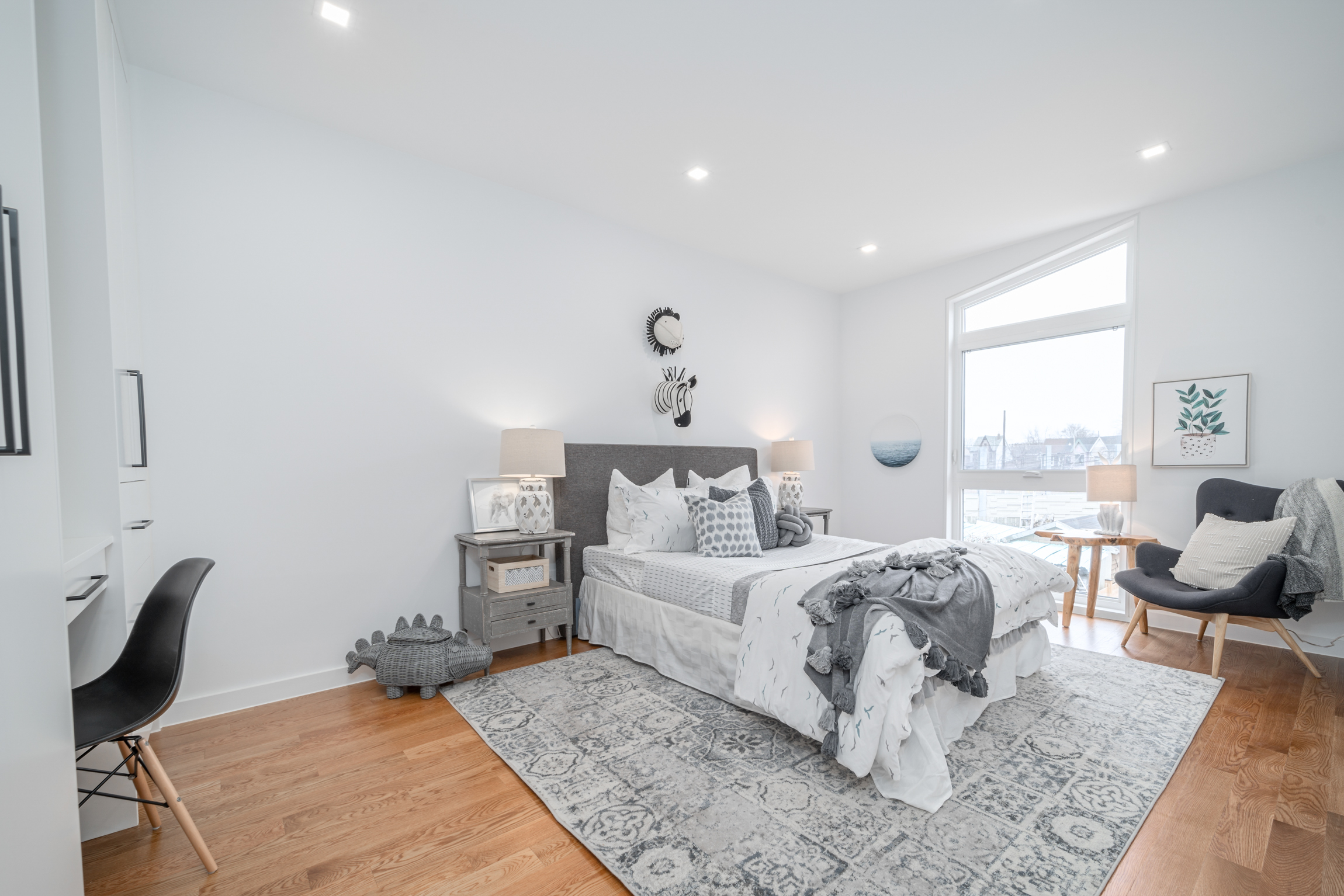 The third bedroom has even more of those geometric windows: 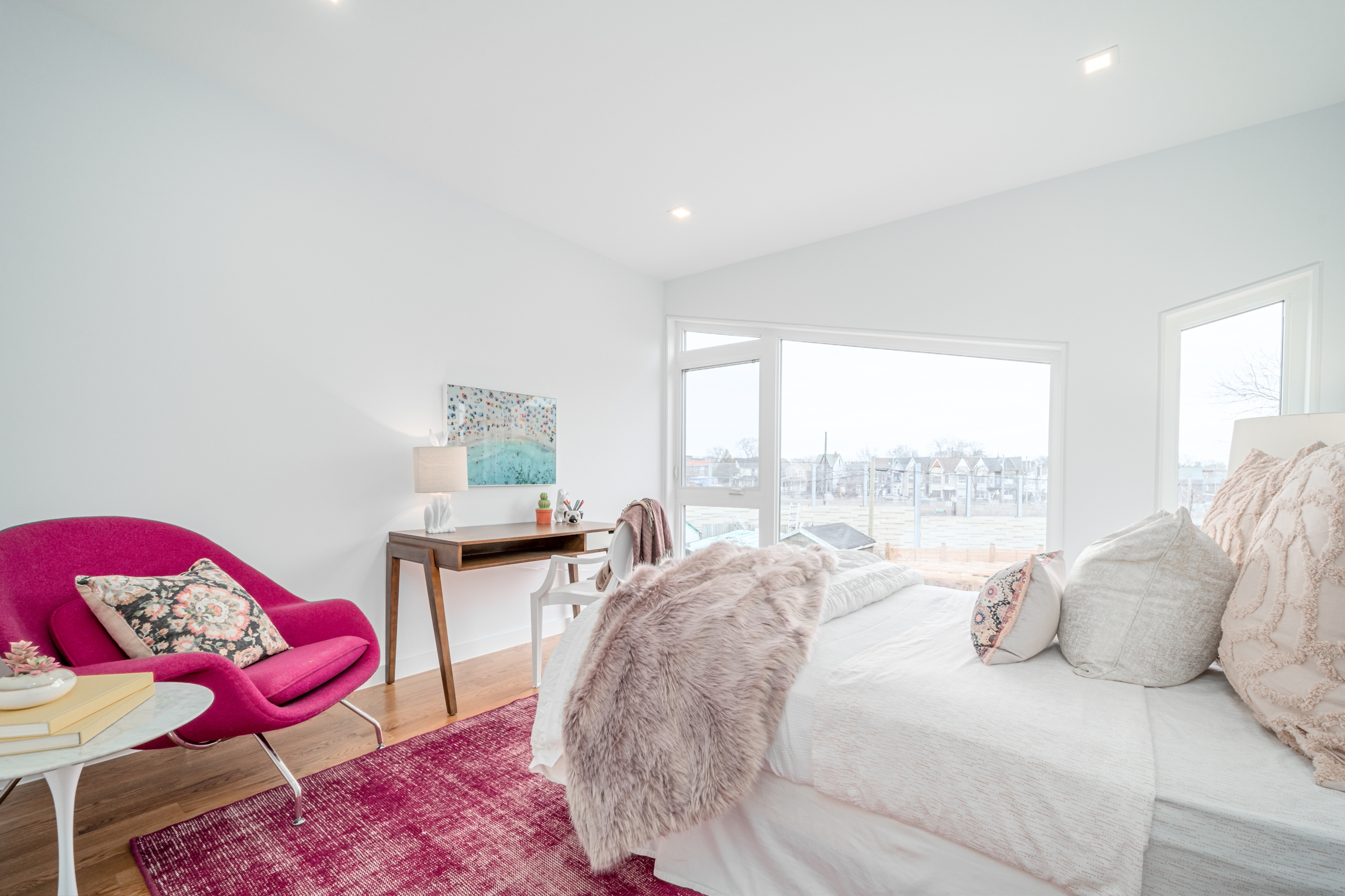 Here’s the other second-floor bathroom, which has quartz countertops: 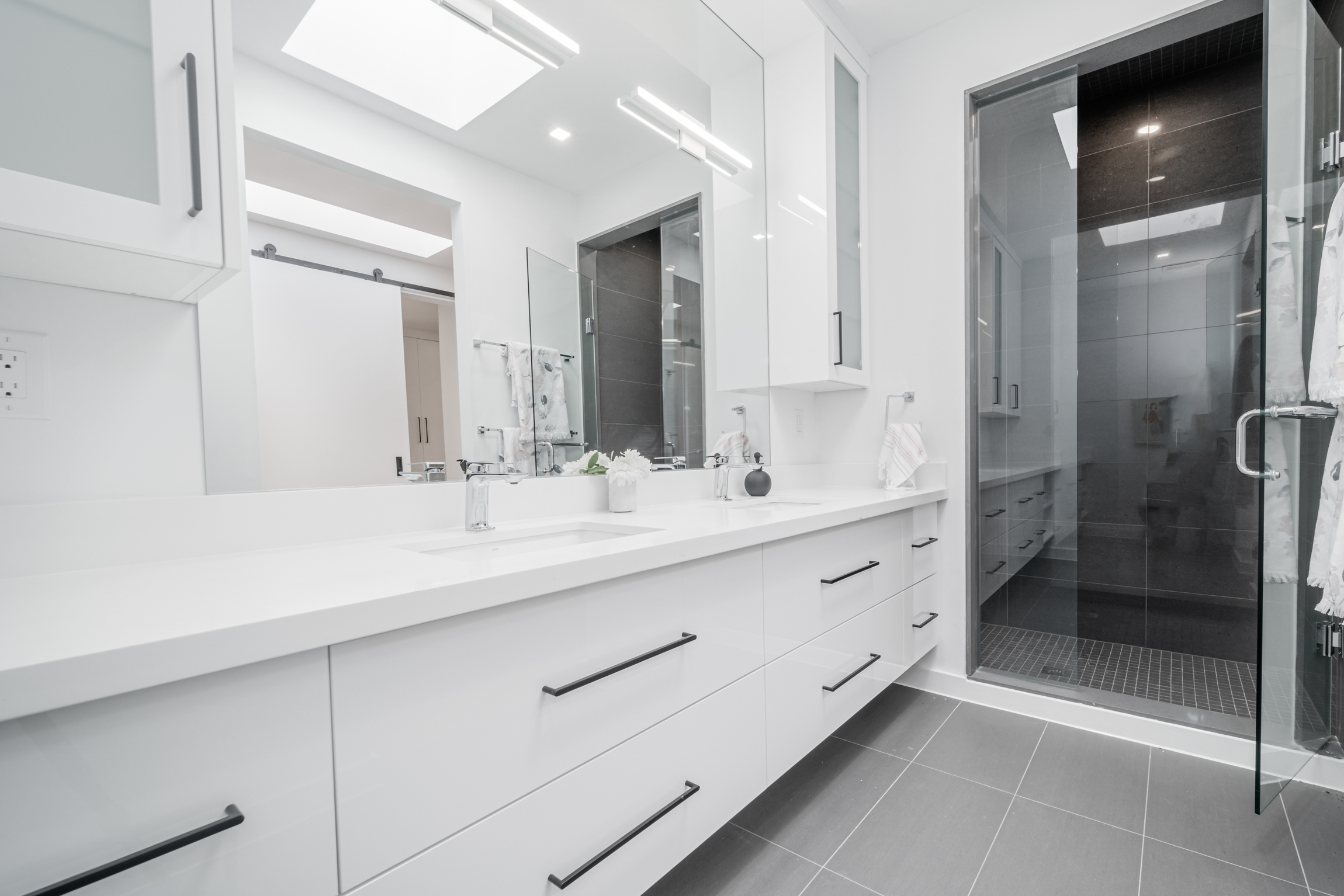 The basement rec room has laminate floors and nine-foot ceilings: 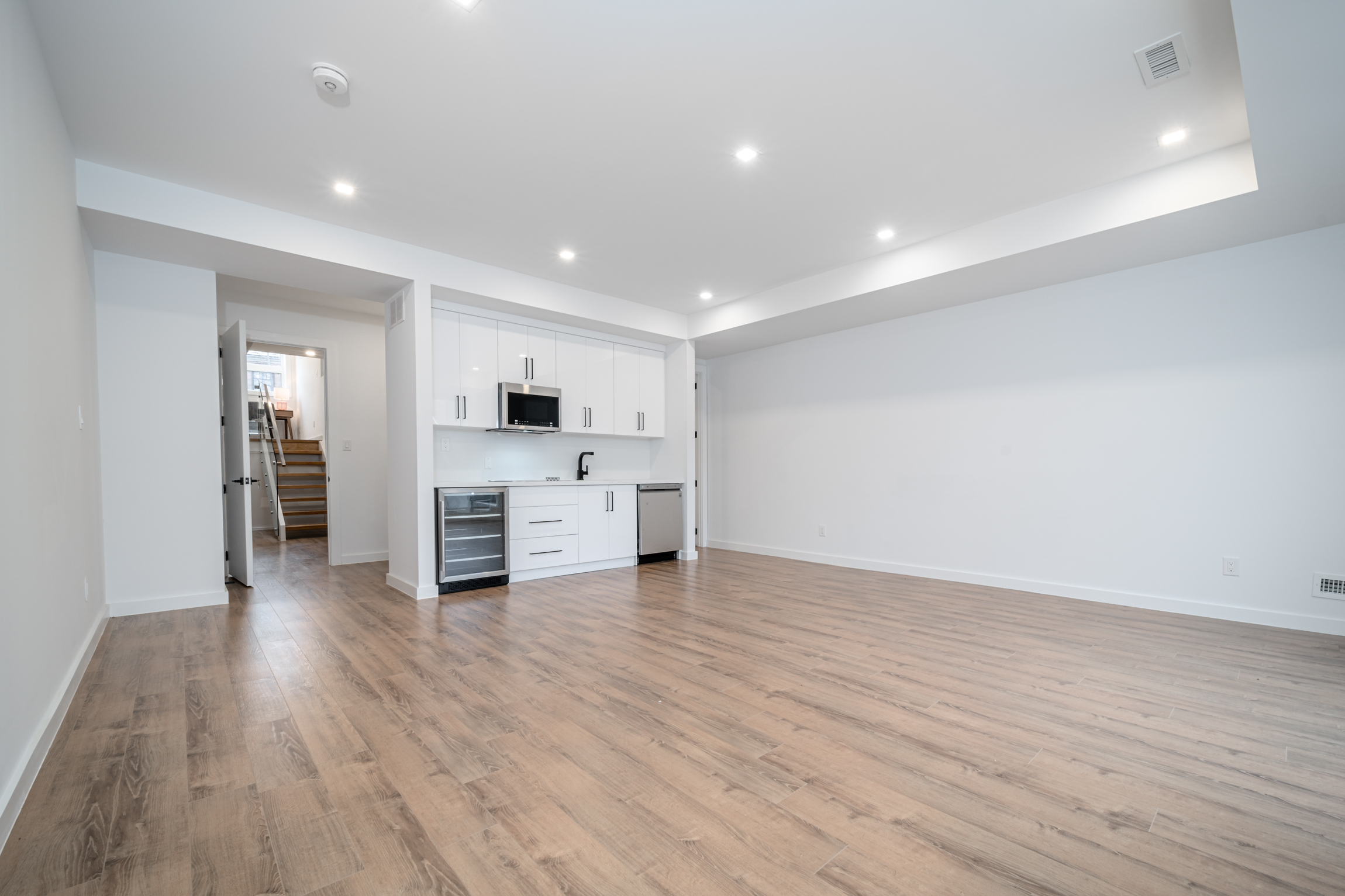 In the backyard, there’s a triangular stone patio and a wooden gazebo: 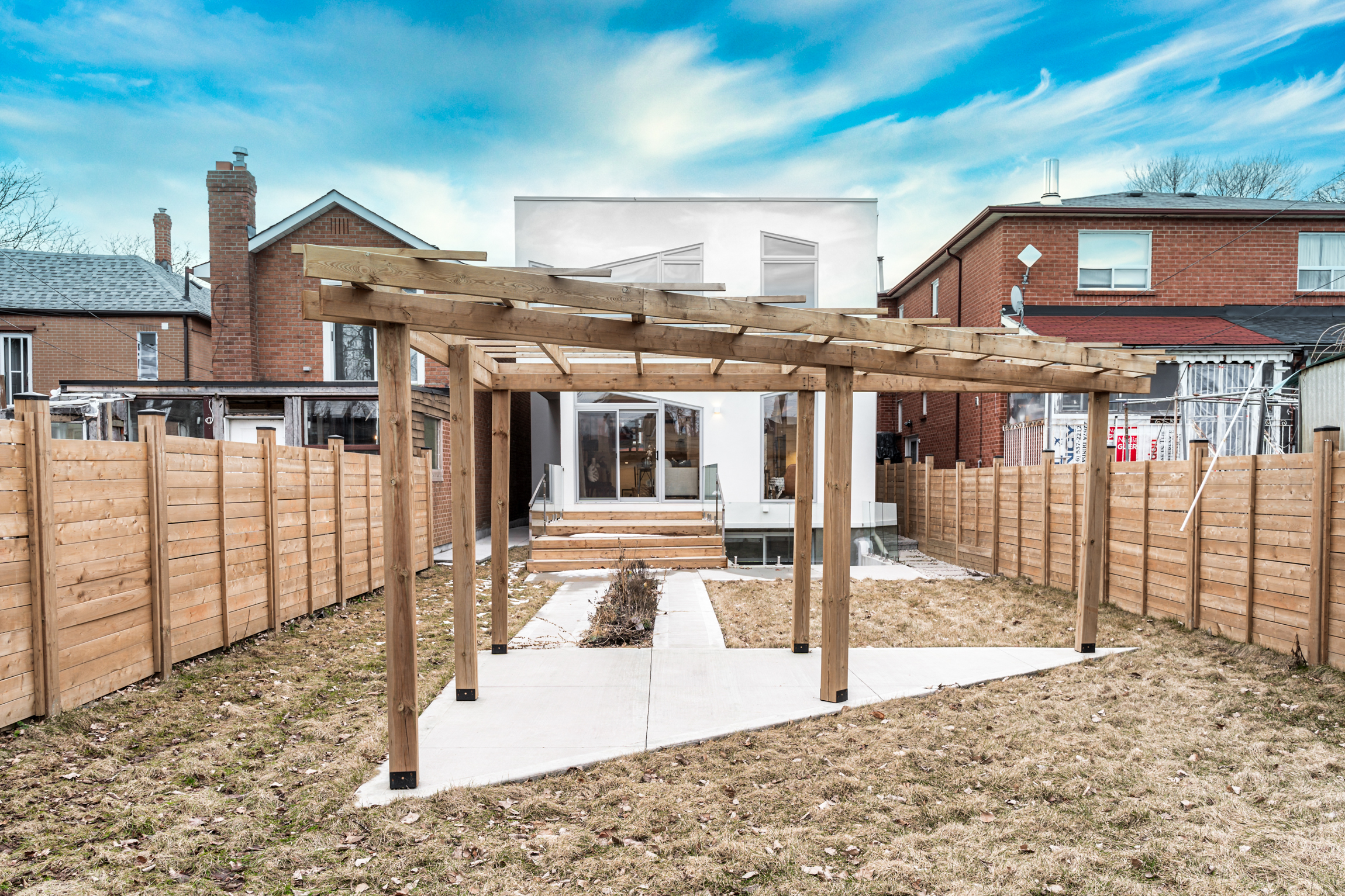 The lot backs onto the CP Rail line near Lansdowne and Dundas: 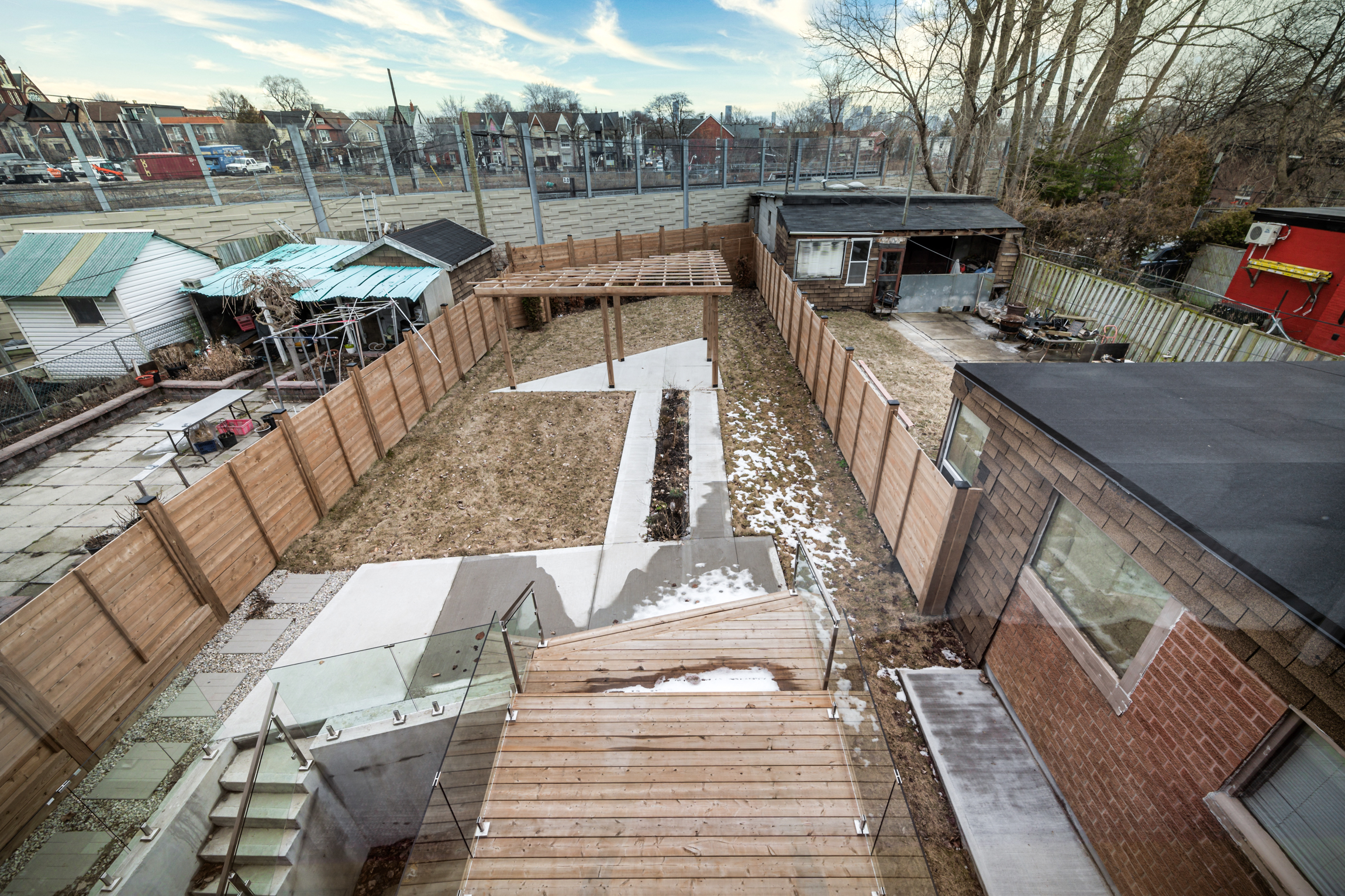 The architect specifically designed this house to reflect the irregular shape of the lot, with an angular façade, jagged windows and split-level interiors, making it a one-of-a-kind home.

The train tracks and sound barrier wall that abut the backyard could encourage some buyers to look elsewhere.