If your cellphone bill has gone down at all over the past decade, Anthony Lacavera may have had something to do with it. Through Globalive, his holding company, Lacavera started Wind Mobile, which offered contract-free wireless plans at prices that significantly undercut Bell, Rogers and Telus. But Wind’s network was plagued with reliability issues, and the company spent years in court defending itself against allegations that its owners and creditors, which included a rotating crew of offshore corporations, weren’t Canadian enough to clear federal requirements. Last year, Shaw Communications bought Wind and promptly renamed it Freedom Mobile, partly as a way of shedding the brand’s baggage.

Lacavera still chairs Globalive, and he still has a souvenir left over from his days as a combatant in the wireless wars: a two-bedroom corner suite on the 40th floor of the Shangri-La, on University Avenue. Earlier this month, he put the unit up for sale, with an asking price of $2,250,000. According to Lacavera, who spoke with Toronto Life on Monday, the condo has now sold. He wouldn’t disclose the price.

Lacavera closed on the condo in November 2014, for $1.31 million. Prices in the Shangri-La were depressed at the time, and he sensed a bargain. Beyond any financial considerations, though, he says he just liked the building. He had been renting a unit there before he decided to buy. “Throughout my career I’ve always had head offices of my businesses downtown,” Lacavera said. “So when Shang was built, it was in an excellent location for me, commute-wise.” He also liked the building’s proximity to Toronto’s theatre district.

With designer Paula Himmel, and some design vision from his girlfriend, Kimberly Underwood, he completely renovated the interior to suit his needs, revamping the kitchen and living spaces into a sleek expanse of white cabinetry and tile: 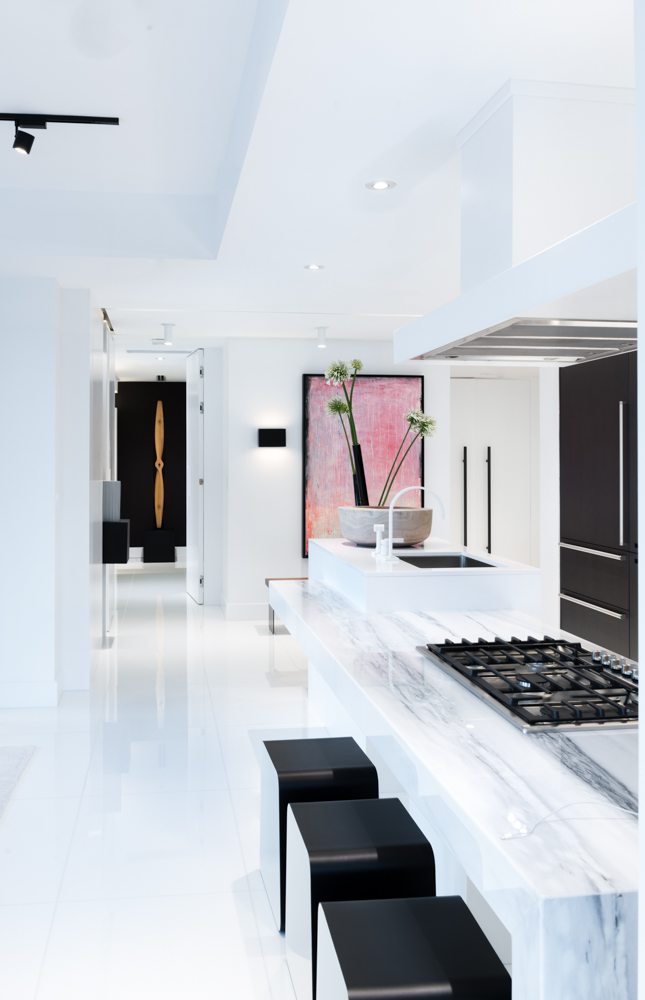 He added a built-in glass desk along one of the unit’s east-facing windows: 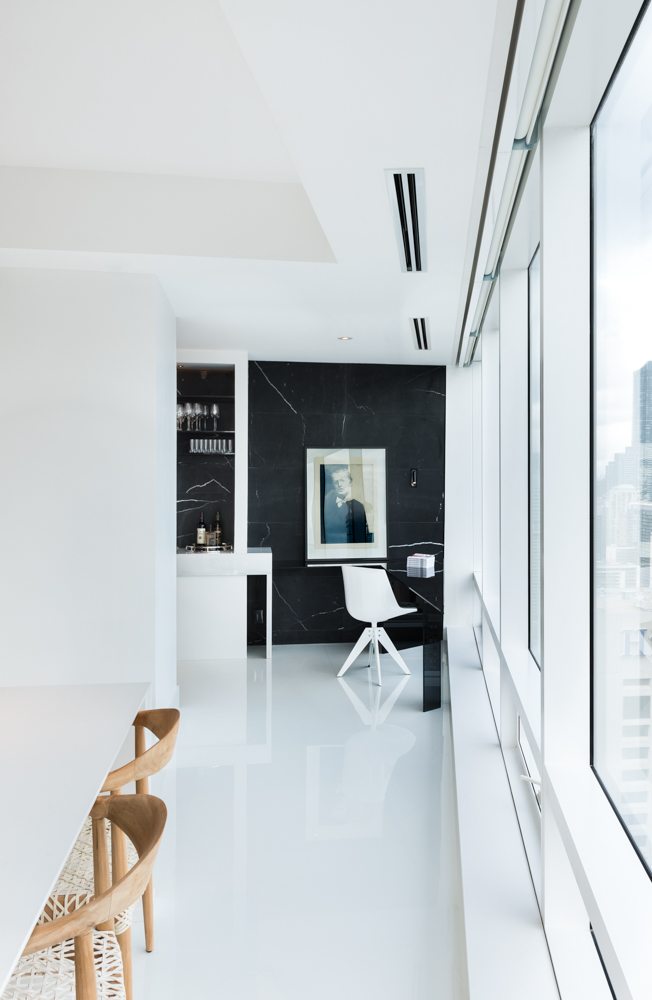 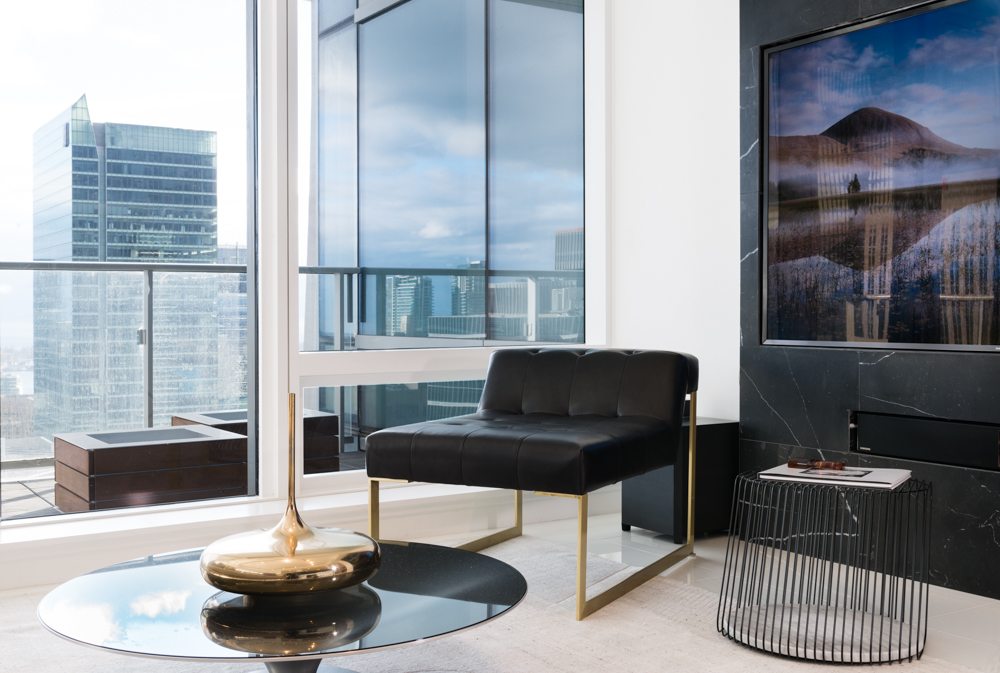 And the dining area: 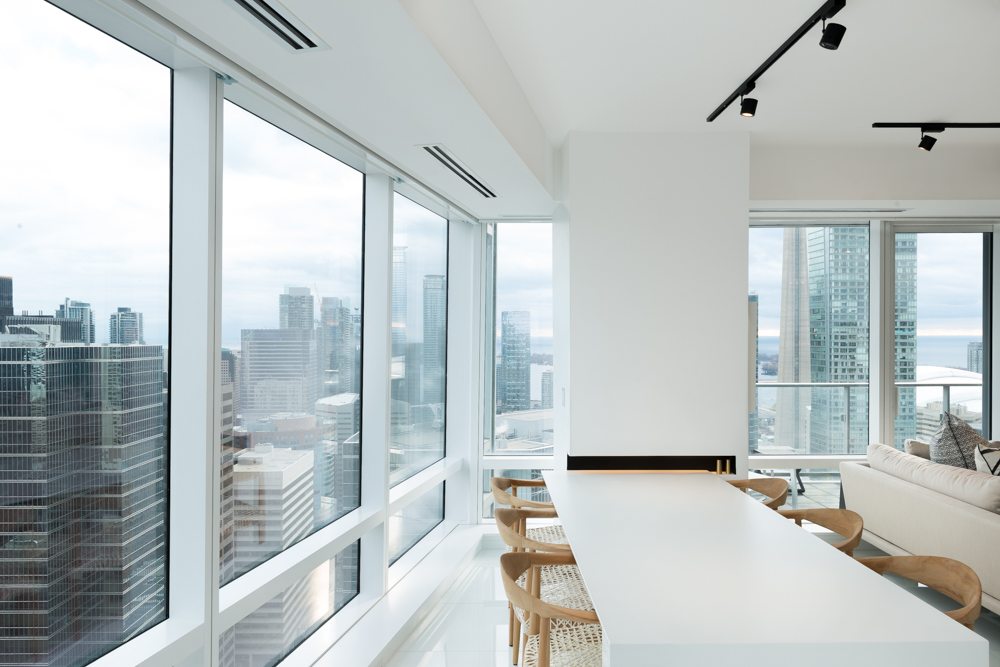 Lacavera also converted one of the two bedrooms into a giant walk-in closet.

Although he’s done with this particular condo, he says he won’t be leaving the Shangri-La behind. He has already bought himself a smaller unit on one of the higher floors.