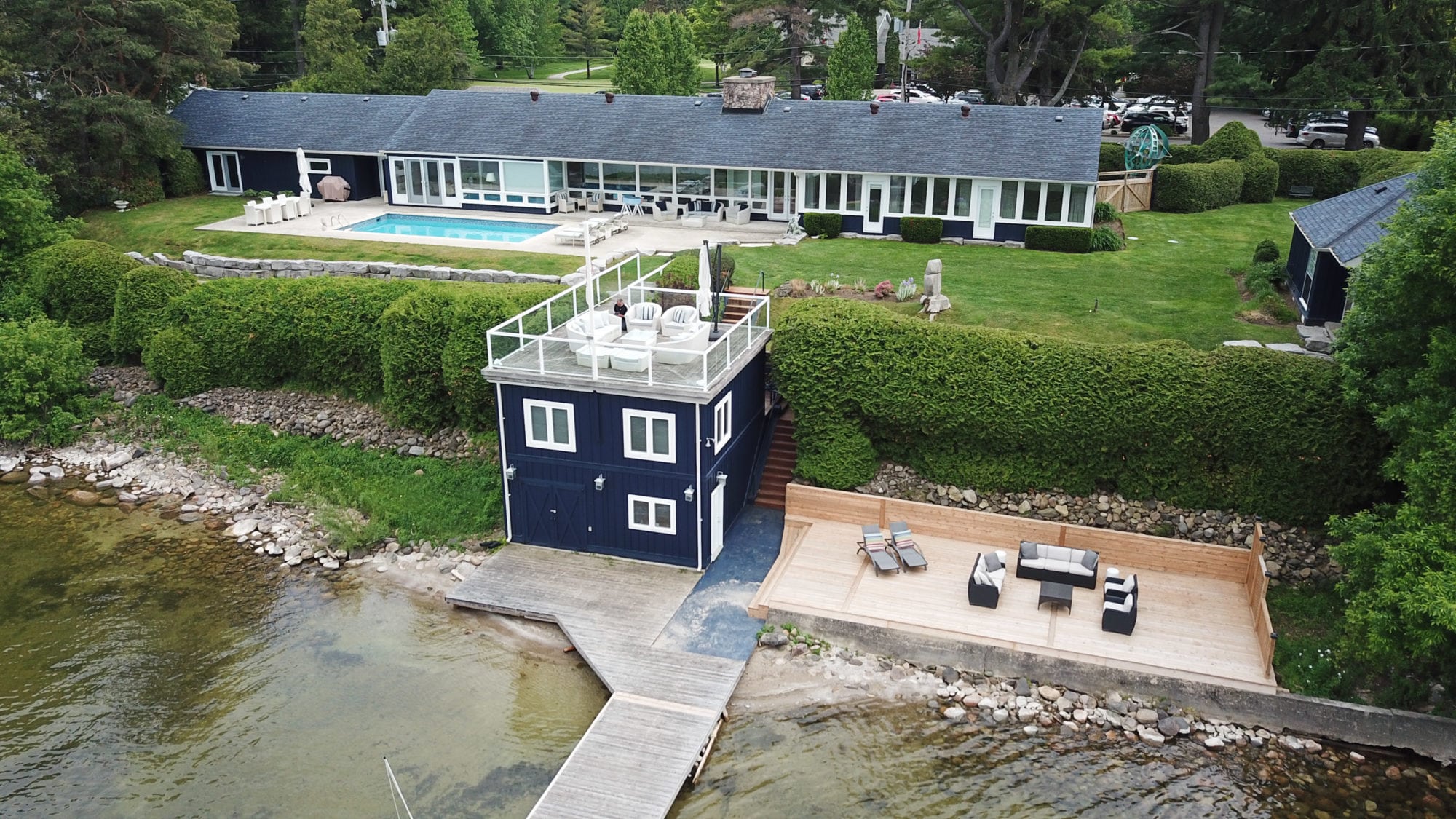 Mark Cohon, son of McDonalds Canada founder George Cohon, is best known for his time as commissioner of the Canadian Football League, a job he left in 2015. He’s now the chair of Toronto Global, a government agency charged with selling Toronto to the world. His wife, Suzanne Cohon, is the founder of ASC Public Relations (and one of Toronto Life’s most stylish Torontonians). The couple own a mansion in Rosedale, where they live with their daughter, but they spend their holidays at a sprawling cottage on Lake Simcoe. They’re now now selling the light-filled lakeside complex—which has five bedrooms, six bathrooms and an outdoor saltwater pool—for $2,795,000.

The Cohons bought the cottage for $1.1 million in 2008, partly because their best friends owned the cottage next door. The home was originally built in the 1950s, and it was falling apart. The couple kept the exterior walls and lake-facing picture windows, but gutted everything else. They enlisted designer Sarah Bellamy to help make the interior as family-friendly (and as easy to maintain) as possible. The clean, nautical decor earned the property a Style at Home cover in 2011.

Mark loves the relatively easy commute to Pearson airport, which was handy when he’d have to jet out of town for football engagements. Now he’s semi-retired, and the couple’s daughter is a teenager, so the Cohons are looking for more flexibility in their leisure travel. “It’s bittersweet,” Suzanne says. “I’ll miss the vista the most. It reminds me of where I grew up, on Long Island.”

The entrance from the road is discreet: 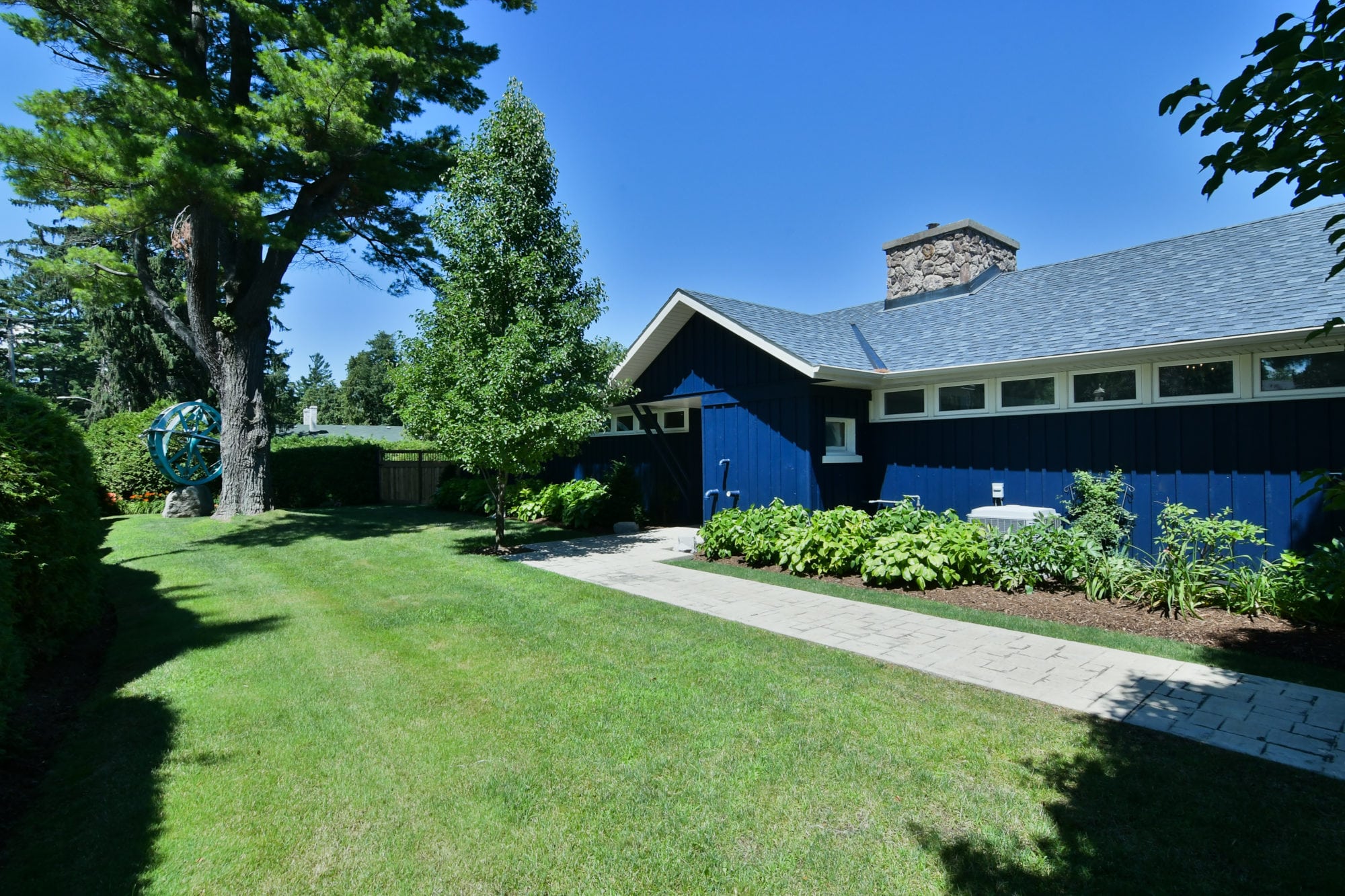 Inside the main cottage, they made the 2,700 square feet of living space as open as possible: 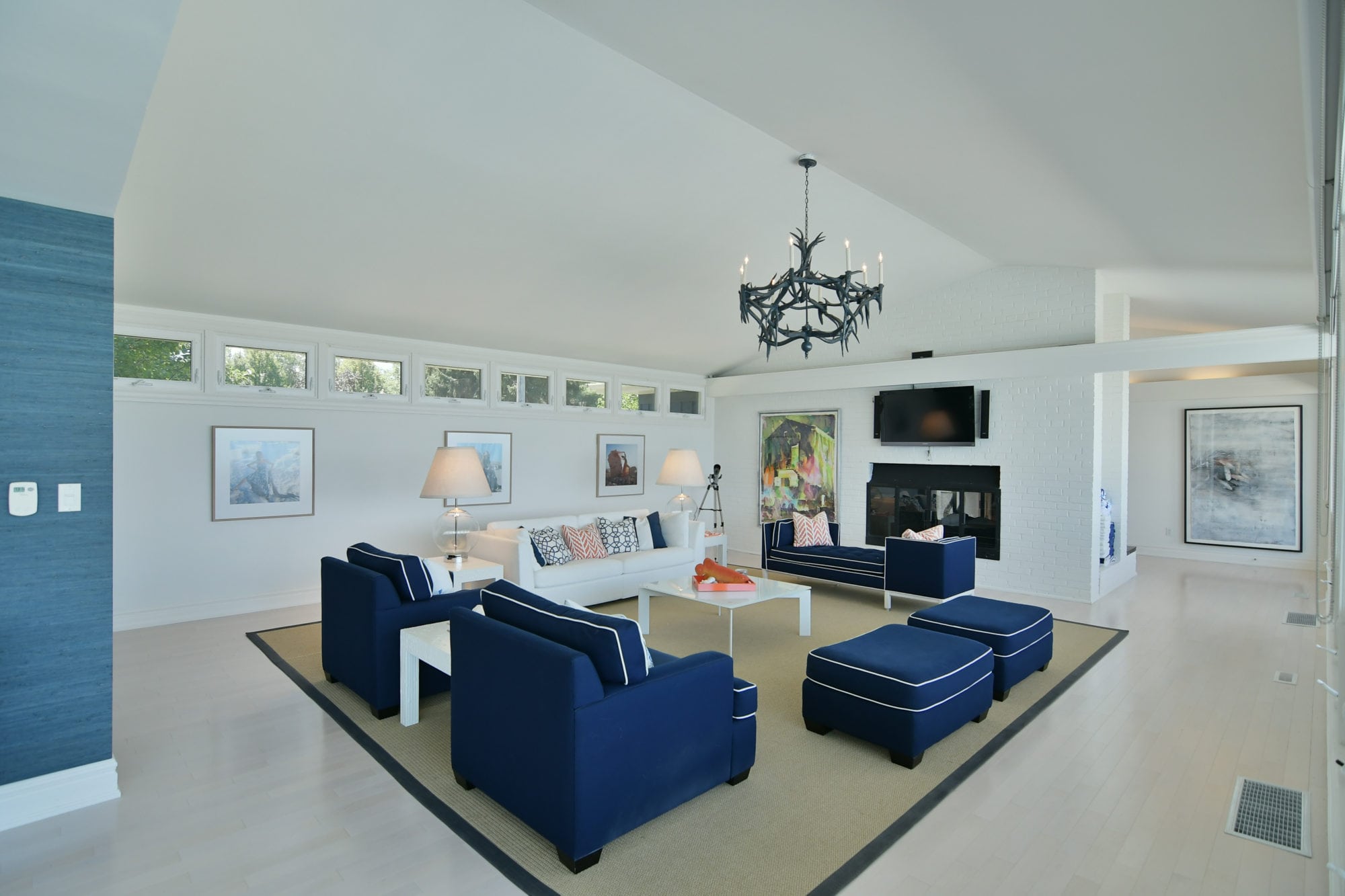 The kitchen still has a retro feel: 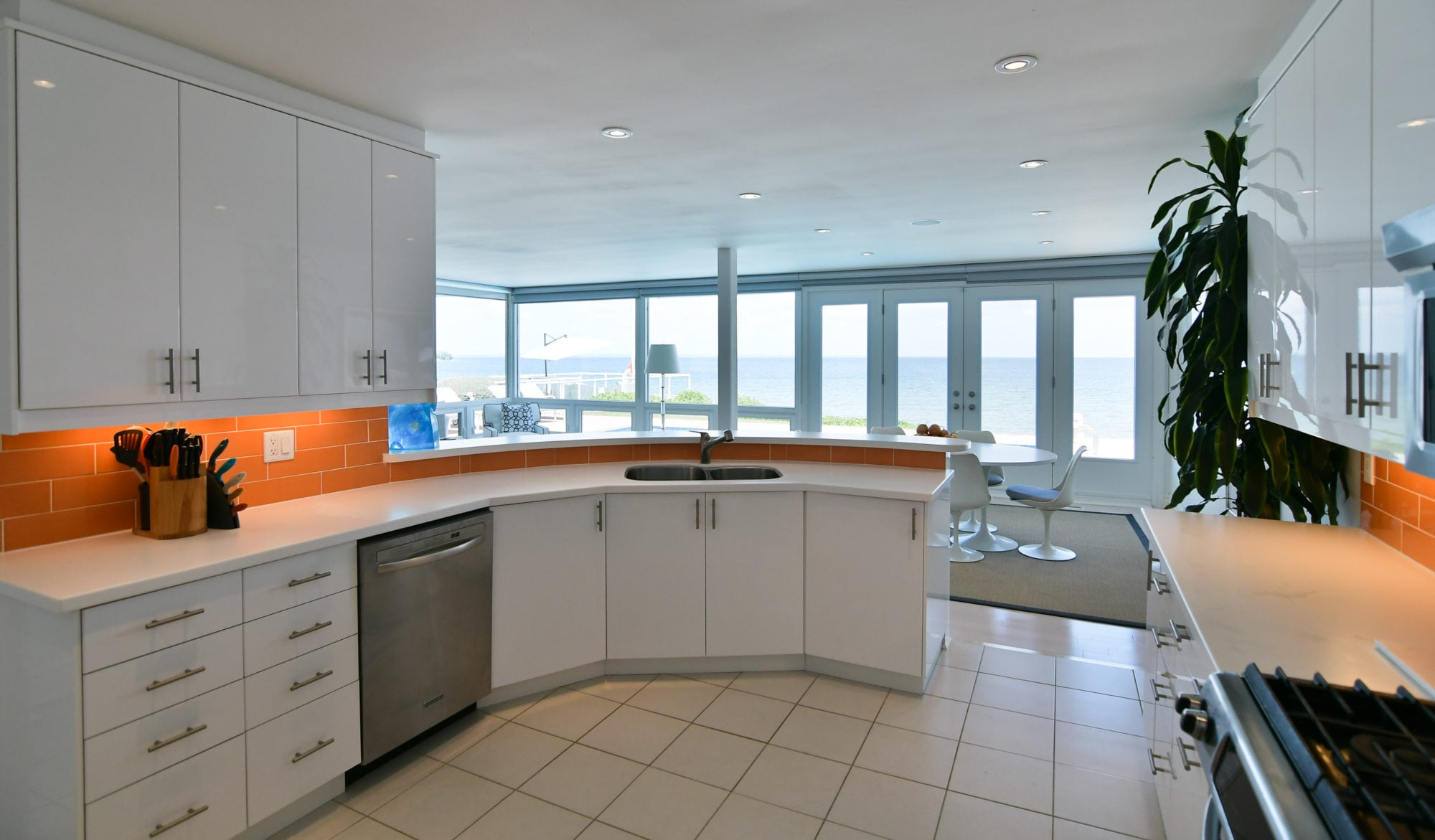 As does the dining area: 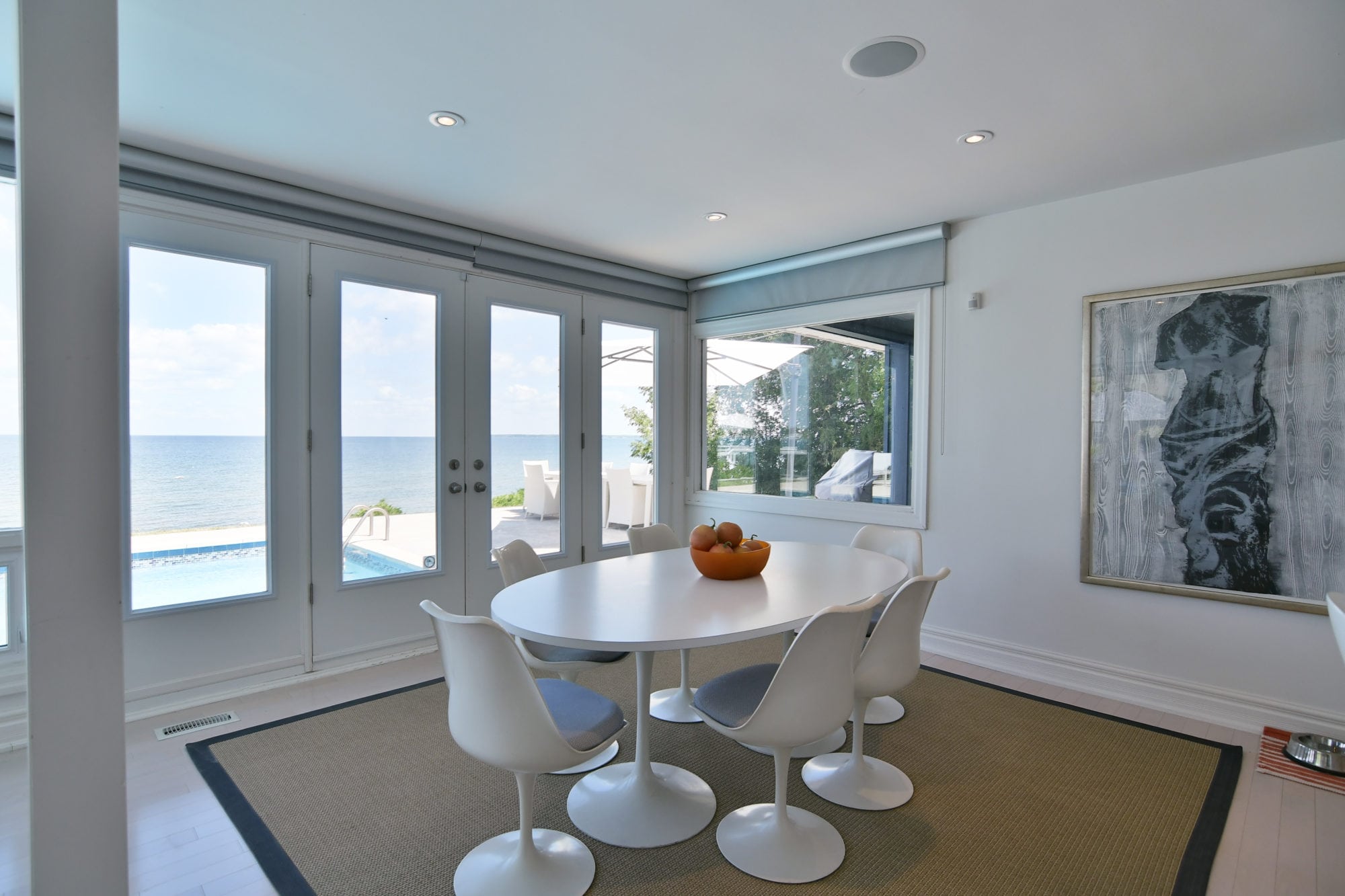 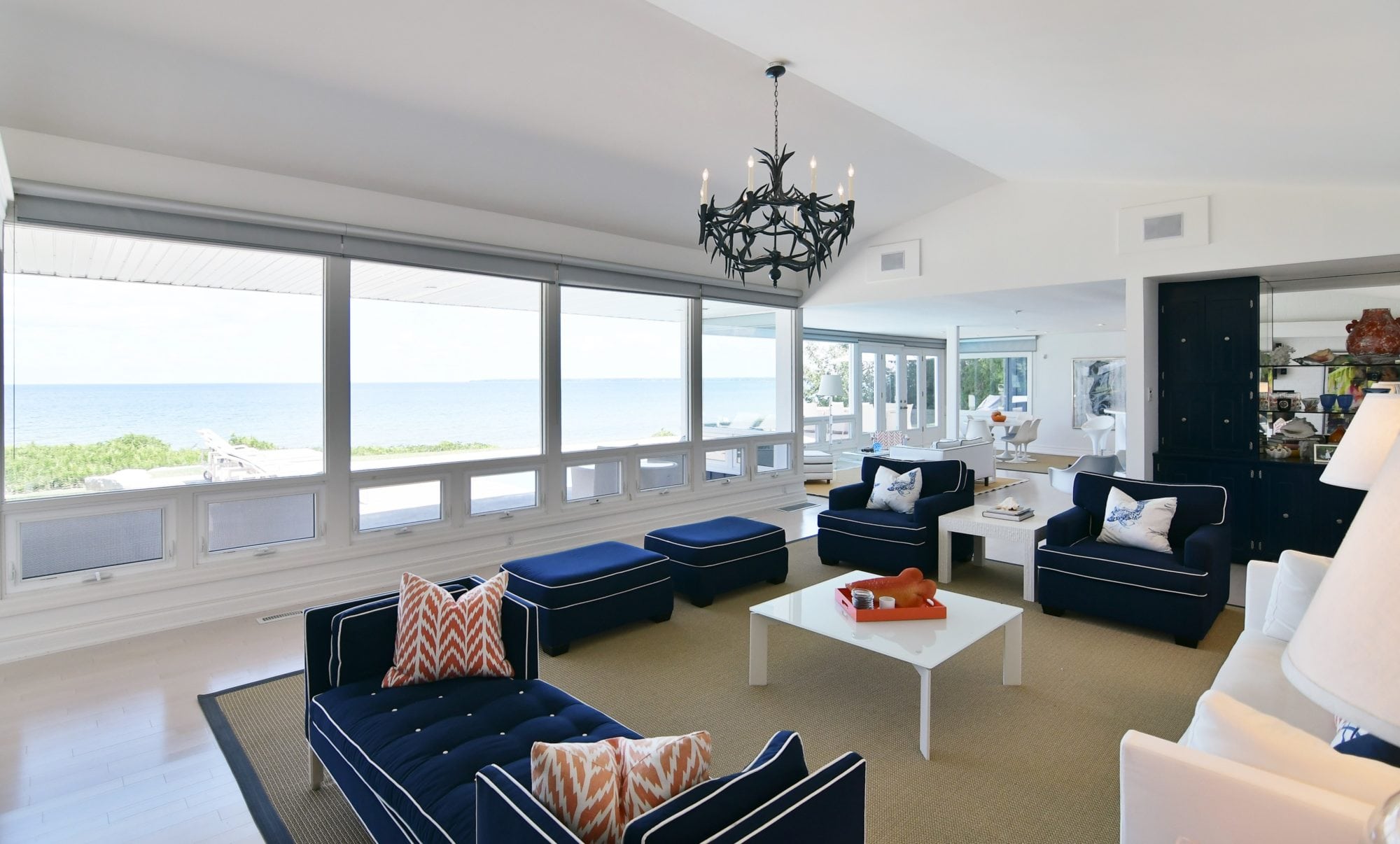 The main cottage has three bedrooms, and there are an additional two in the bunkie and the boathouse. Here’s the master: 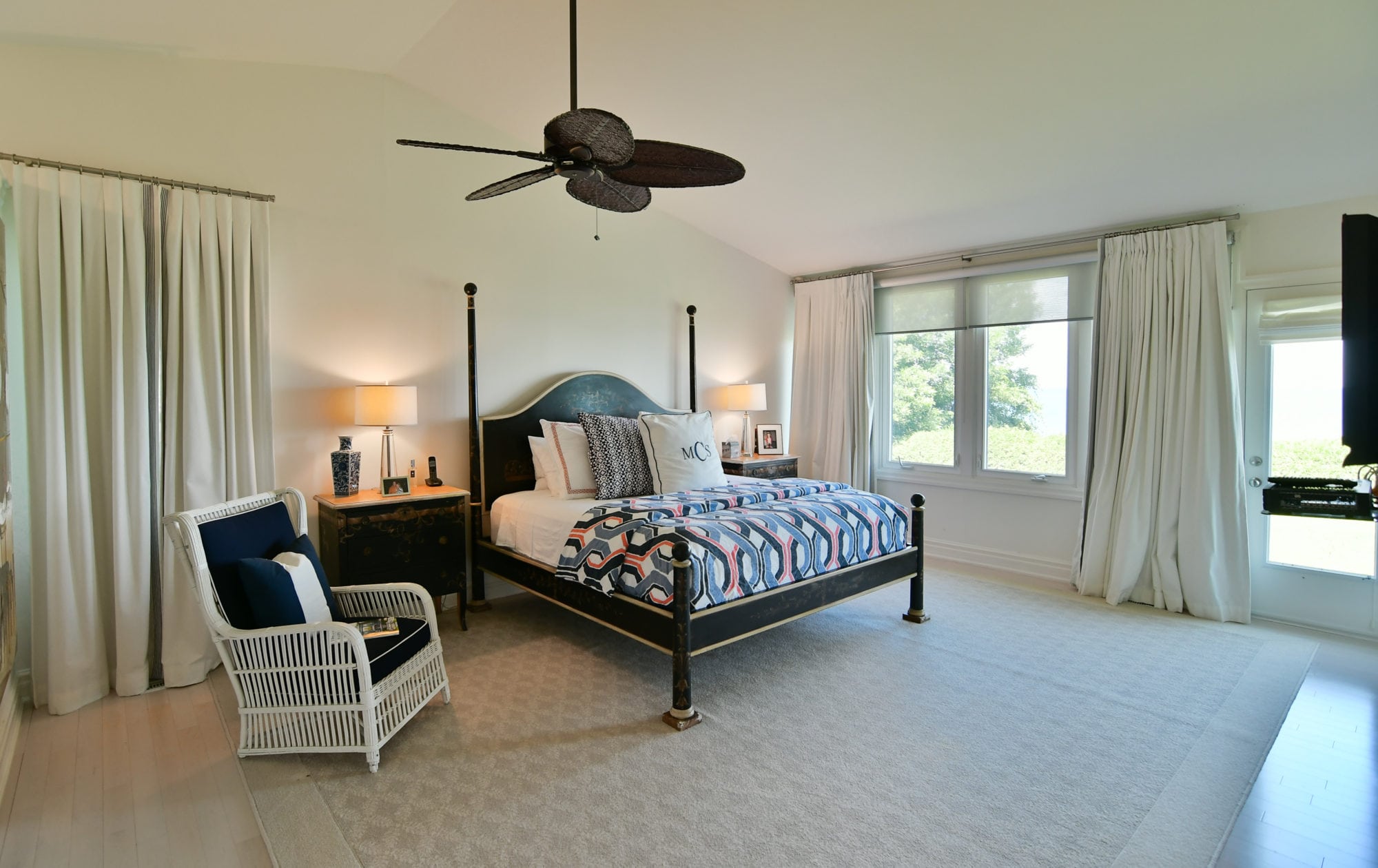 And one of the six bathrooms: 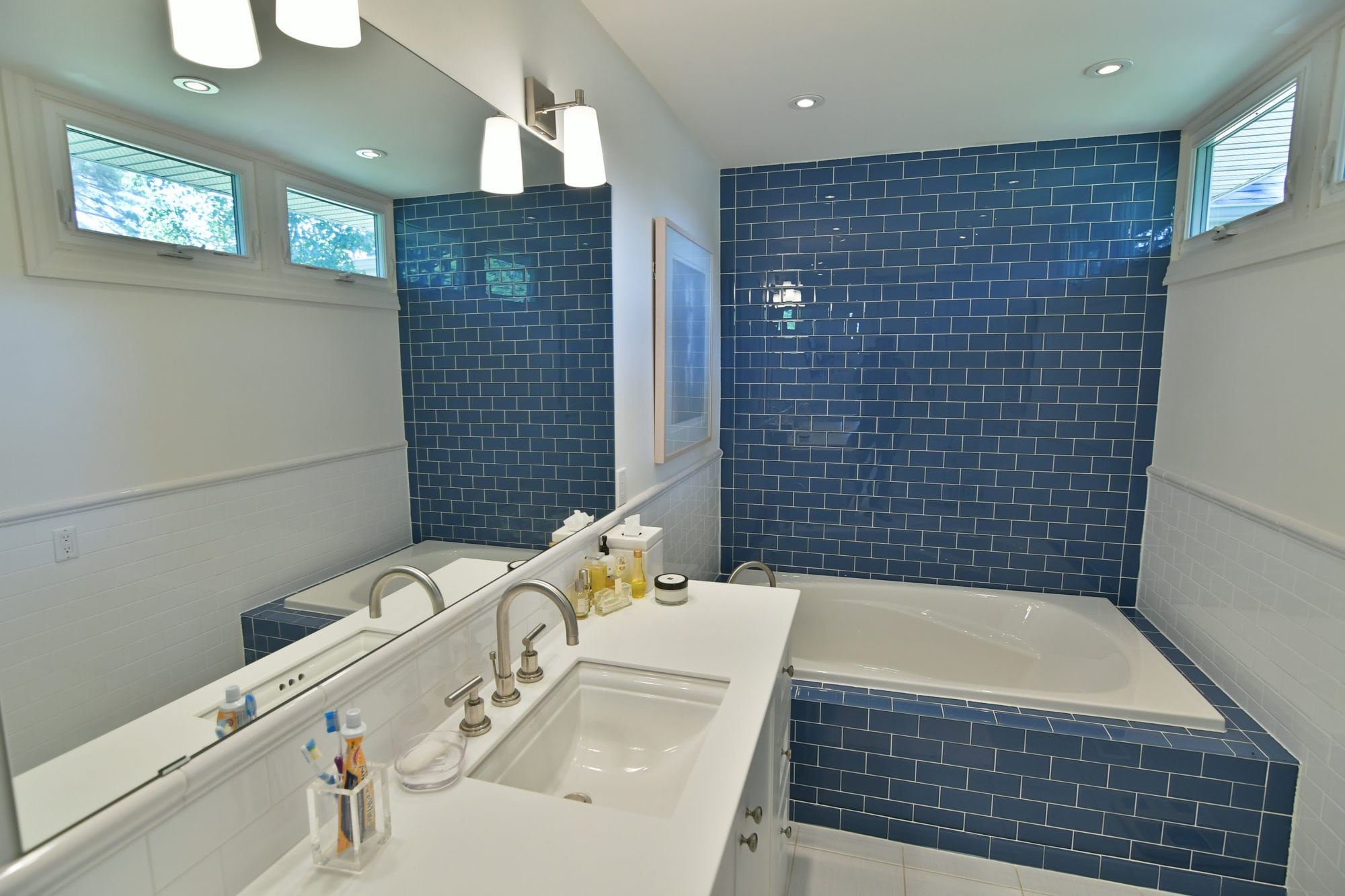 When they bought the property, the pool and the deck area were indoors. They tore down the outside walls: 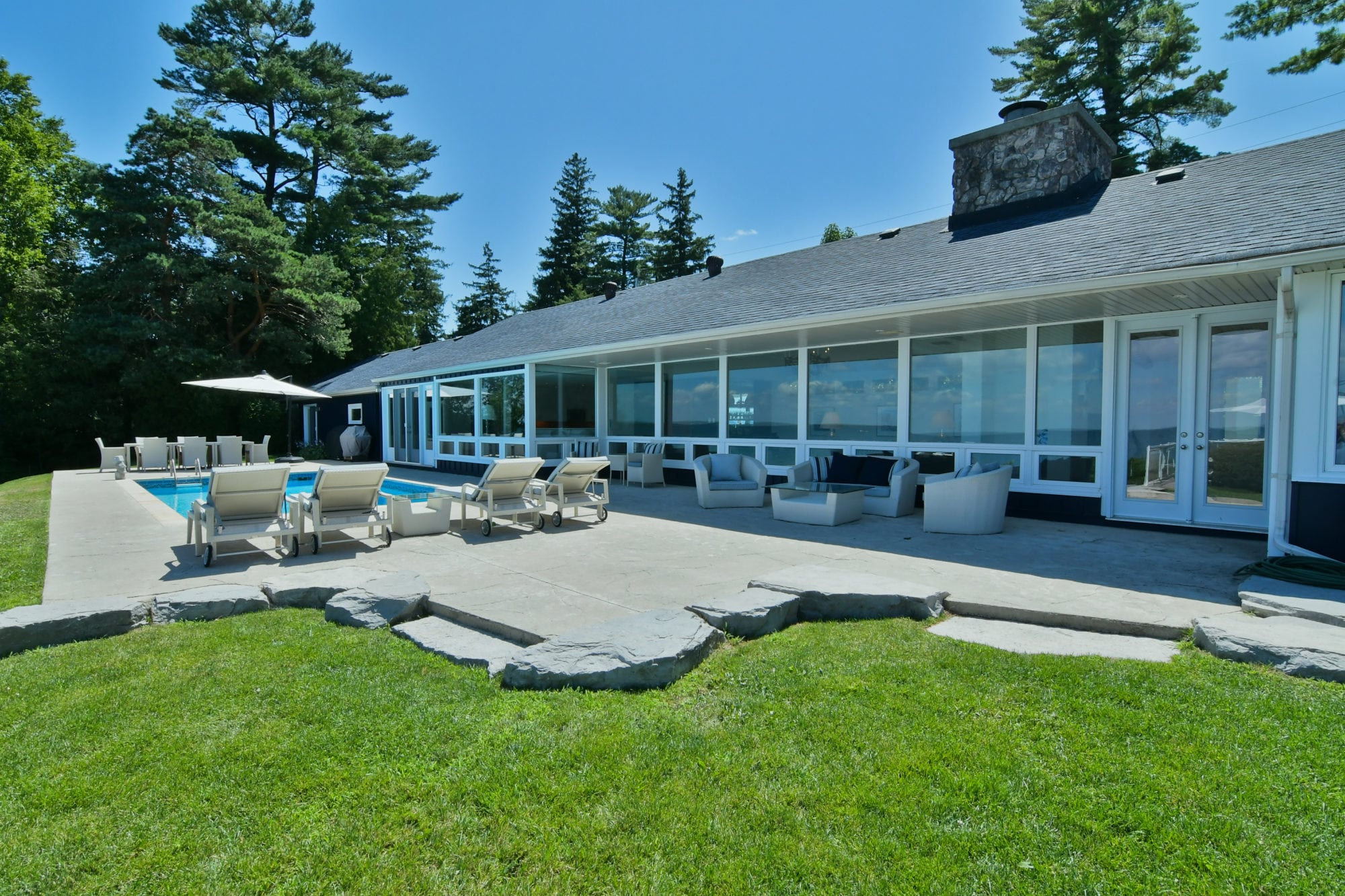 Now, the pool area is perfect for sunbathing: 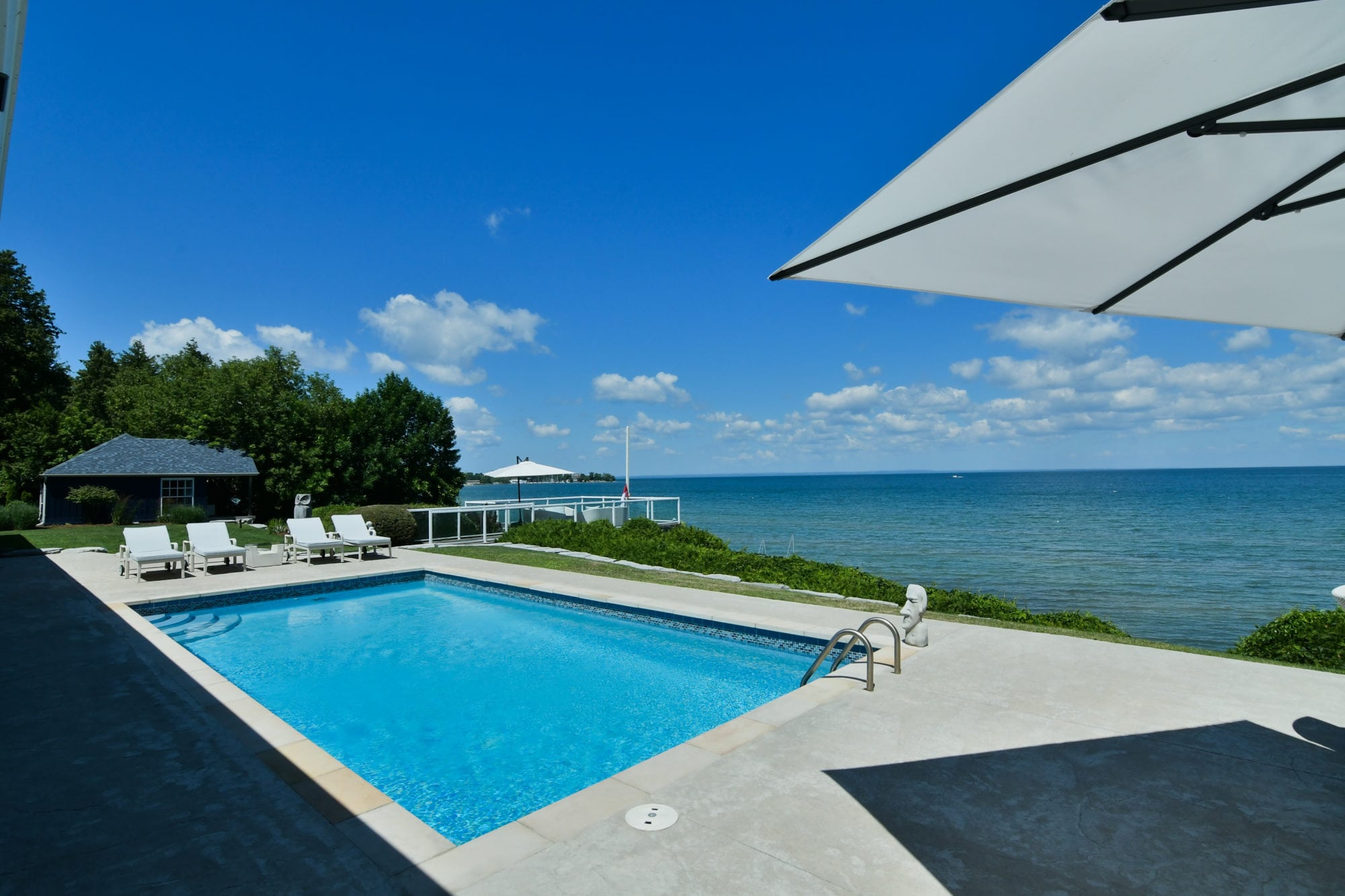 There’s a cozy sitting area above the boathouse. It would be difficult to build a secondary structure like this under today’s zoning bylaws, but this one is grandfathered: 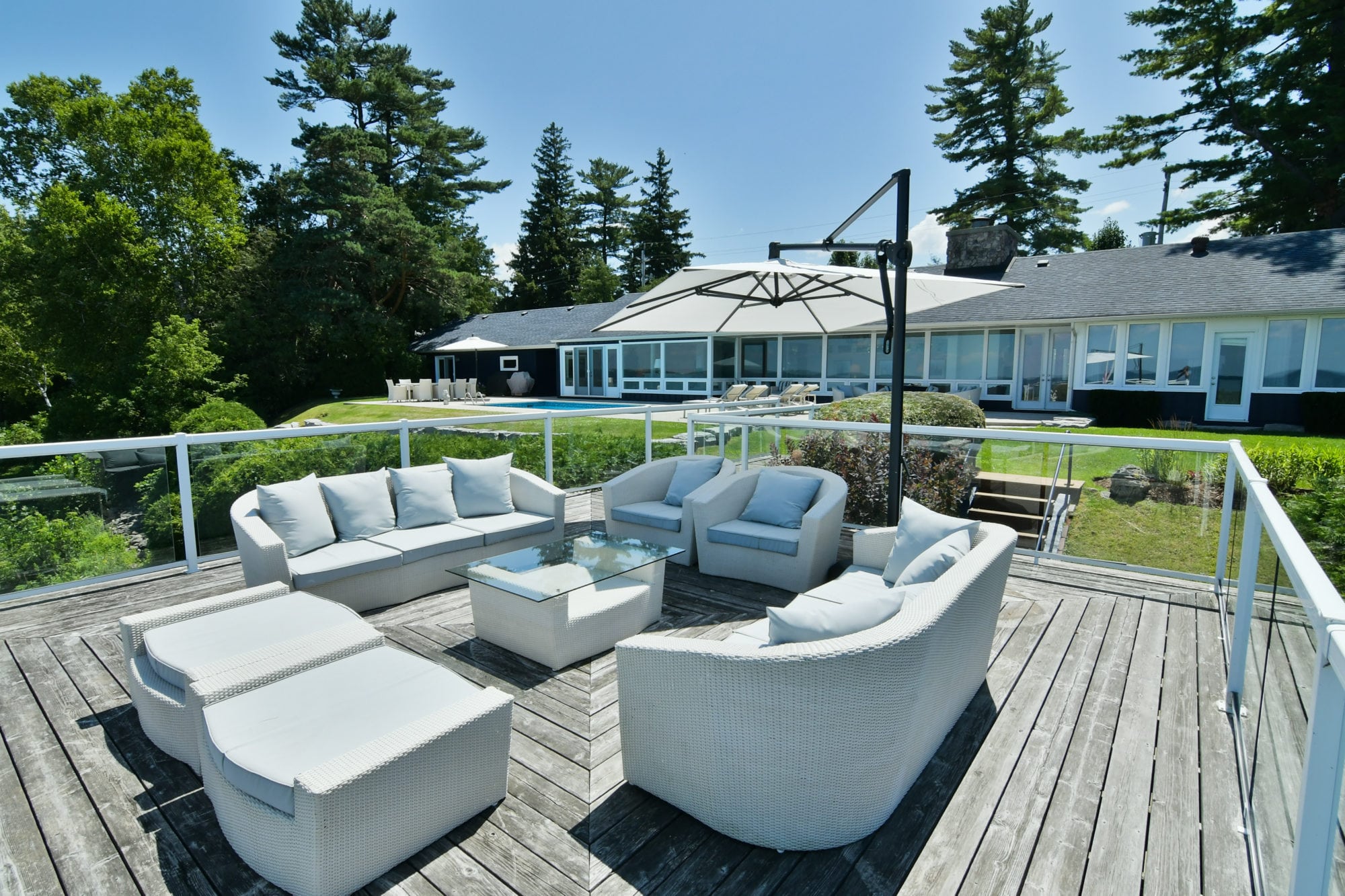 Here’s a view of the bunkie. The original owners carved the owl out of a tree that had been damaged by storms. It’s fully rooted into the ground (and will stay with the new owners, of course): 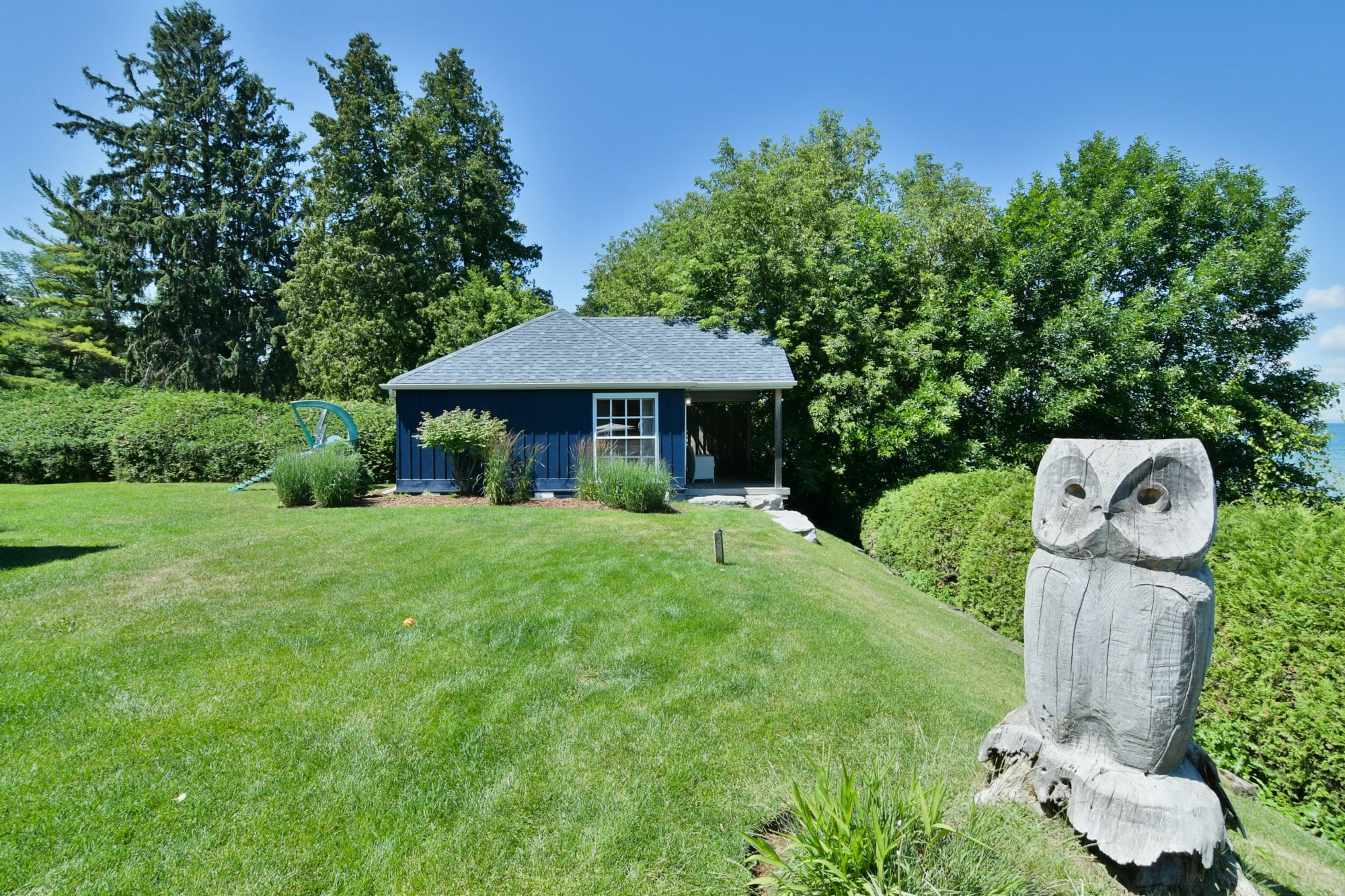 The family has enjoyed many a Georgian Bay gin smash on this dock (Mark and Suzanne are both investors in the beverage company): 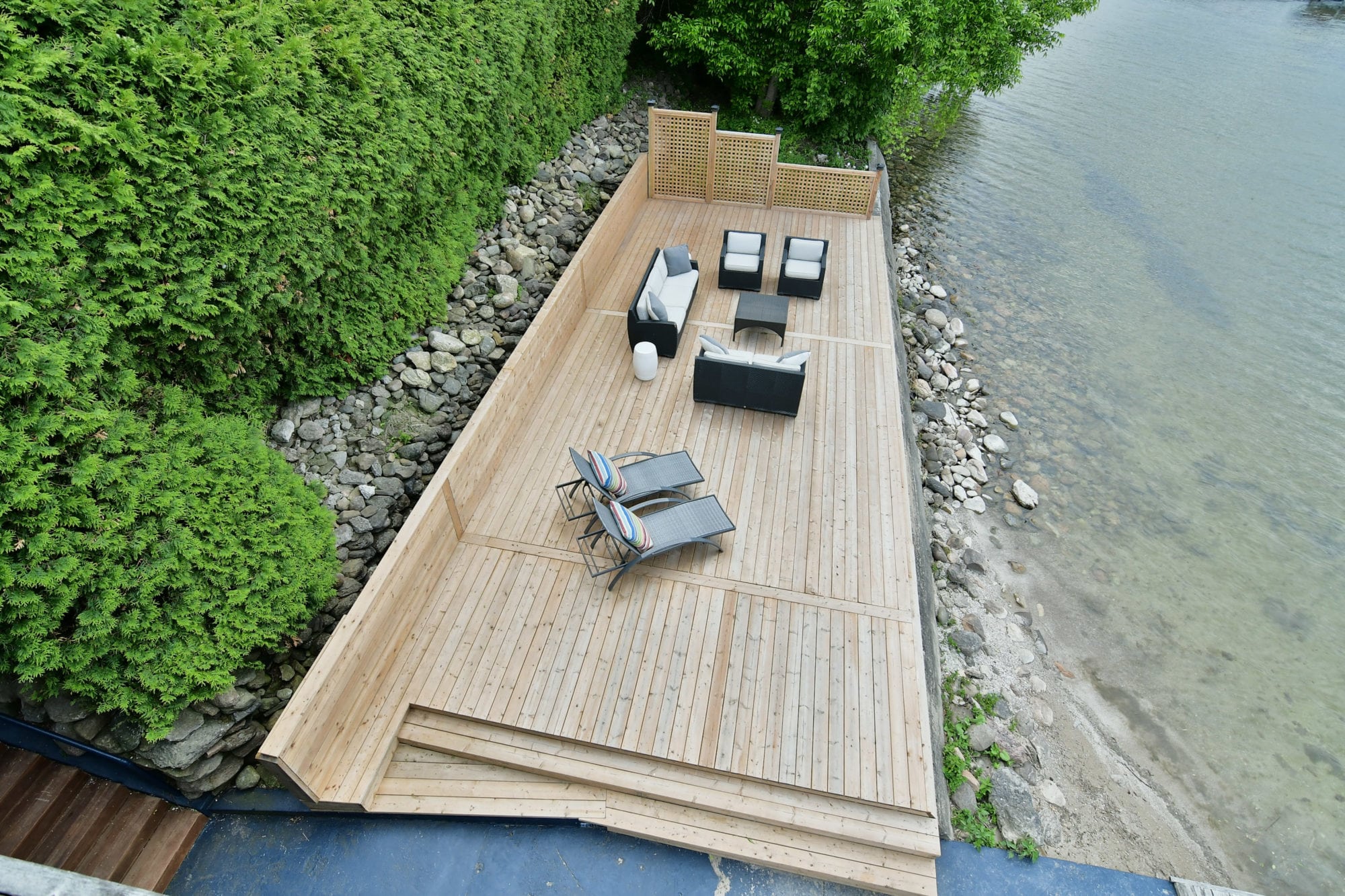 The Lake Simcoe waters are a rare shade of turquoise. The property has 200 feet of waterfront: 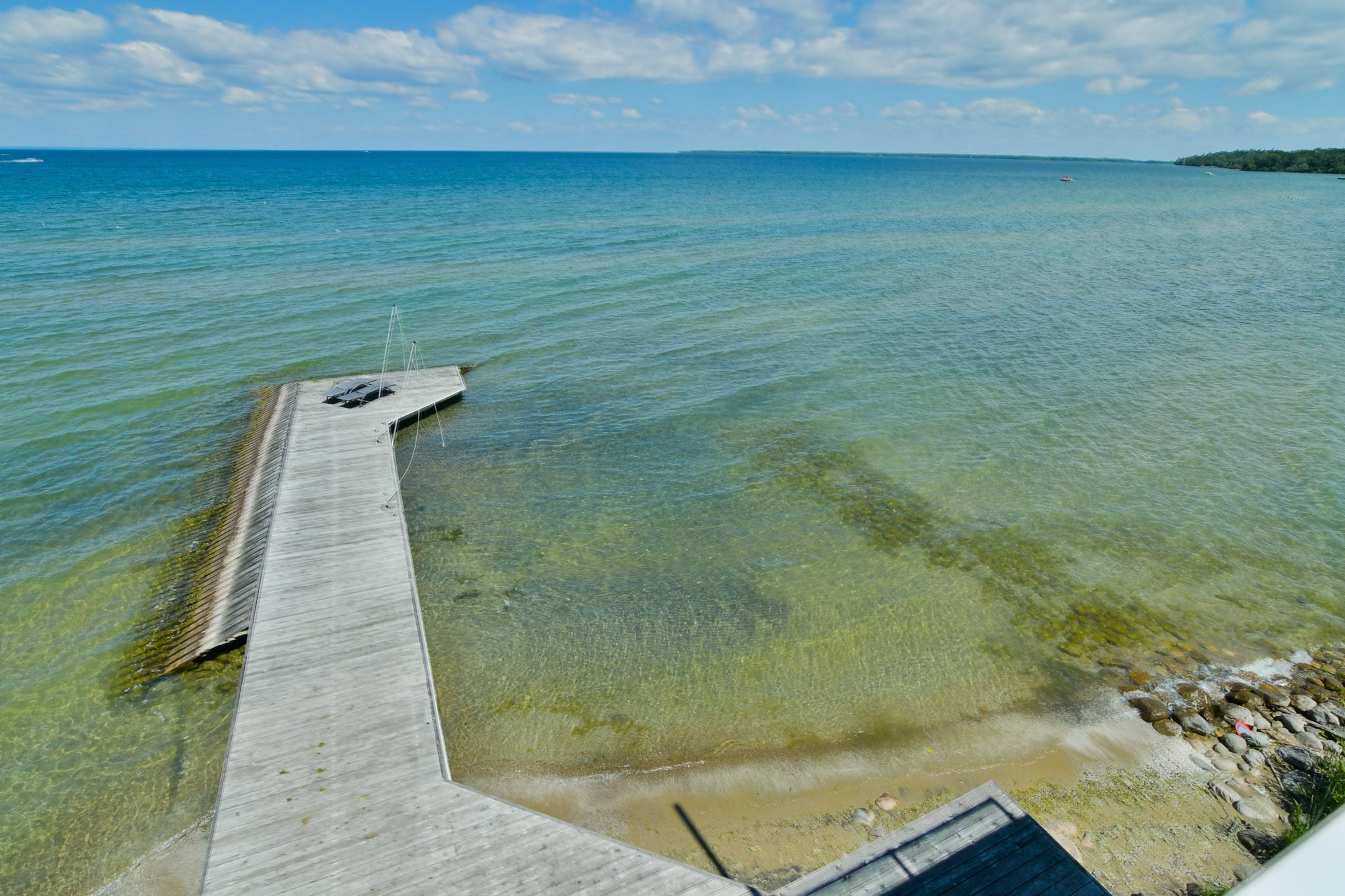