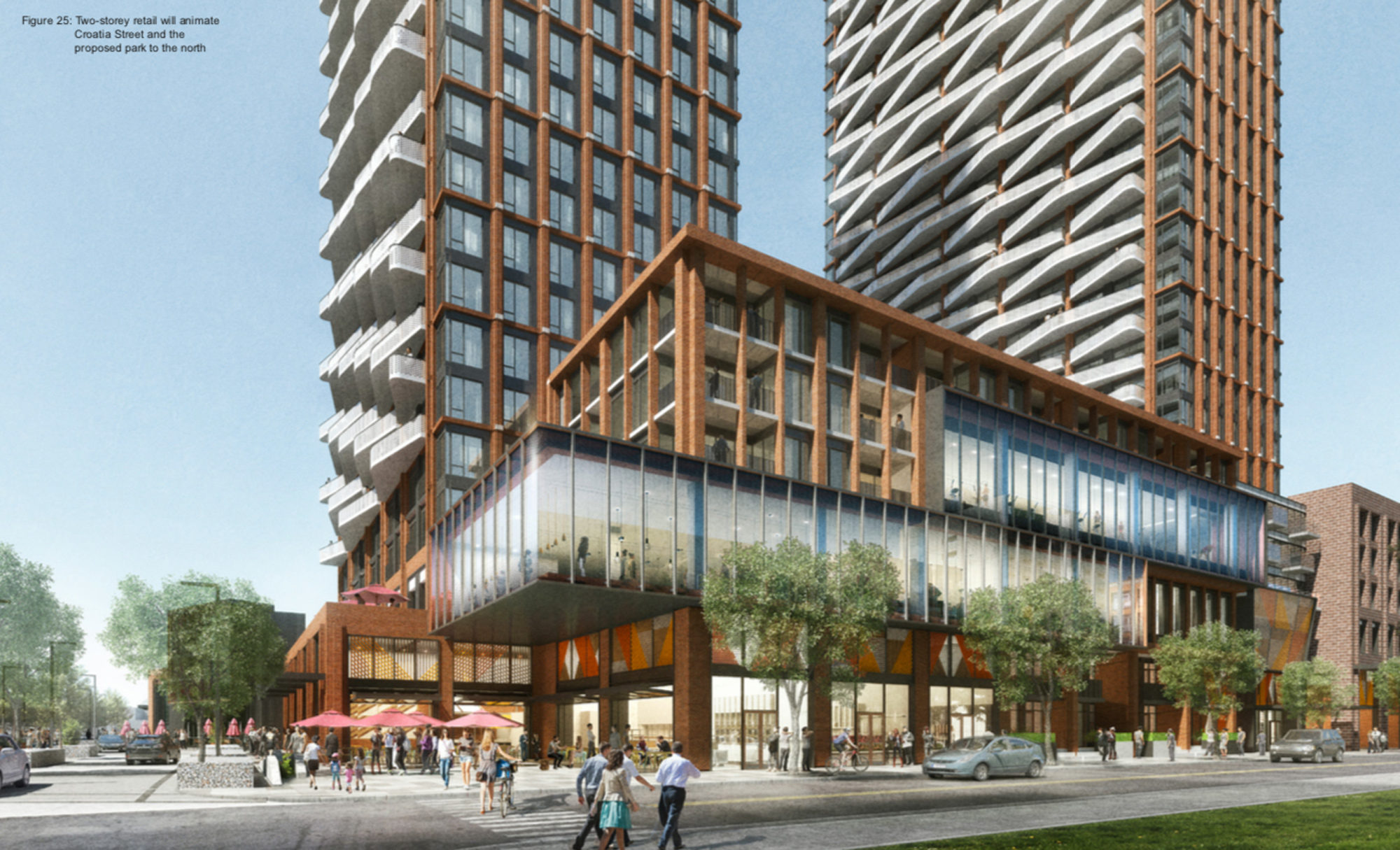 The Dufferin Mall is a life necessity for anyone who lives in the city’s west end (where else are you going to get lightbulbs, shoes and a club pack of hamburger meat at 10:30 p.m. on a Sunday?), but in a few years’ time it may be much more than just a shopping destination. Primaris Management, the mall’s owner, has just submitted a redevelopment application, which details plans for transforming part of the mall’s parking lot into a massive residential community.

The Primaris proposal, which was formally submitted to the city last week after several months of informal community consultation, would not affect the Dufferin Mall itself. The mall’s main structure would stay substantially the same, and there are no known plans to redevelop it. Instead, Primaris wants to tear up the northern half of the mall’s parking lot to make way for four towers, ranging from 14 to 39 storeys in height. There would be 1,135 new residential units, which Primaris currently intends to rent out, rather than sell. The company is promising that 50 per cent of those units would have at least two bedrooms. There would also be 11,639 square metres of new retail space and a landscaped public park facing Dufferin Street. Drivers, take note: the plan is to replace the lost surface parking with a new underground lot, so lugging cartloads of groceries home from No Frills shouldn’t end up being appreciably more difficult than it currently is.

Although the mall itself would be unscathed, there would be some victims: the KFC/Pizza Hut/Taco Bell structure, toward the northeast corner of the parking lot, would join the Colonel in fast-food heaven. And the Beer Store at the northwest end of the lot would also have to go.

All of this redevelopment will require the approval of either city council or a provincial tribunal before it can proceed. Obtaining that approval is a lengthy process that often takes years to complete. Regardless, with this proposal in the pipeline, and with a similarly ambitious redevelopment proposal underway on the Toronto District School Board lands immediately to the north, it’s unlikely that Bloor and Dufferin will stay the way it is for much longer. Here’s a look at what Primaris wants to build.

An overview of the proposal: 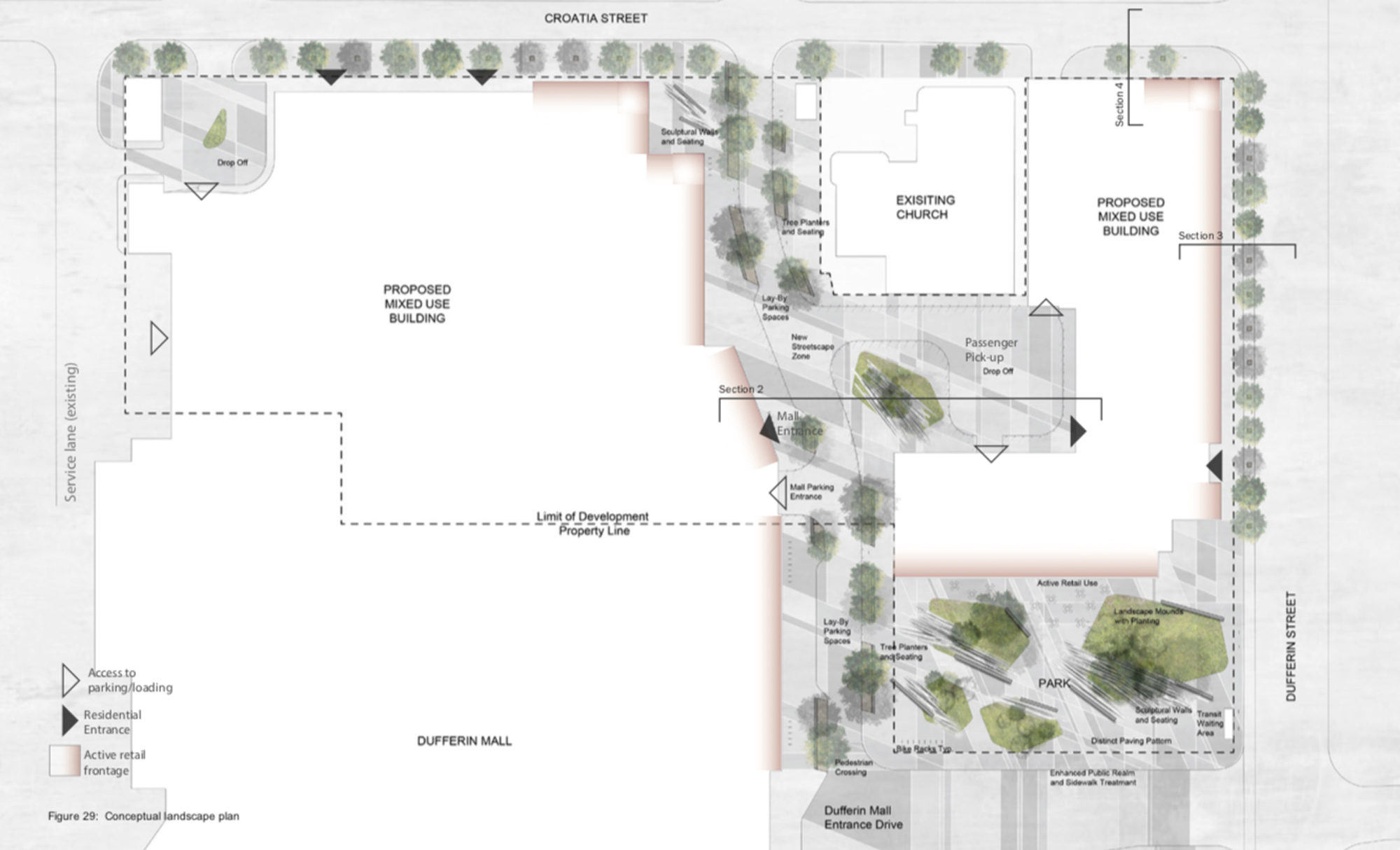 The redevelopment would include the construction of a new street, which would be lined with retail: 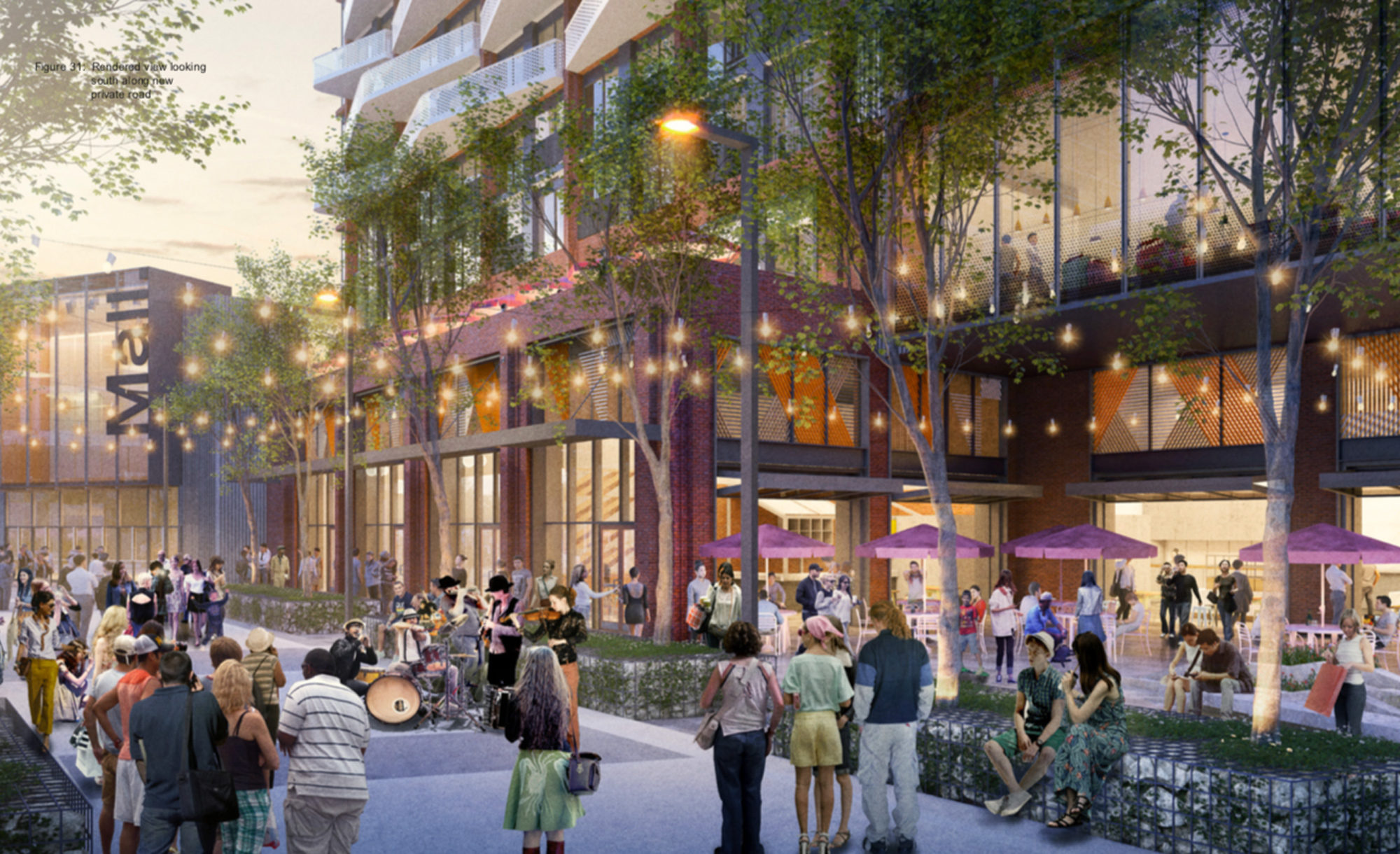 A rendering of a proposed new park, which would face Dufferin: 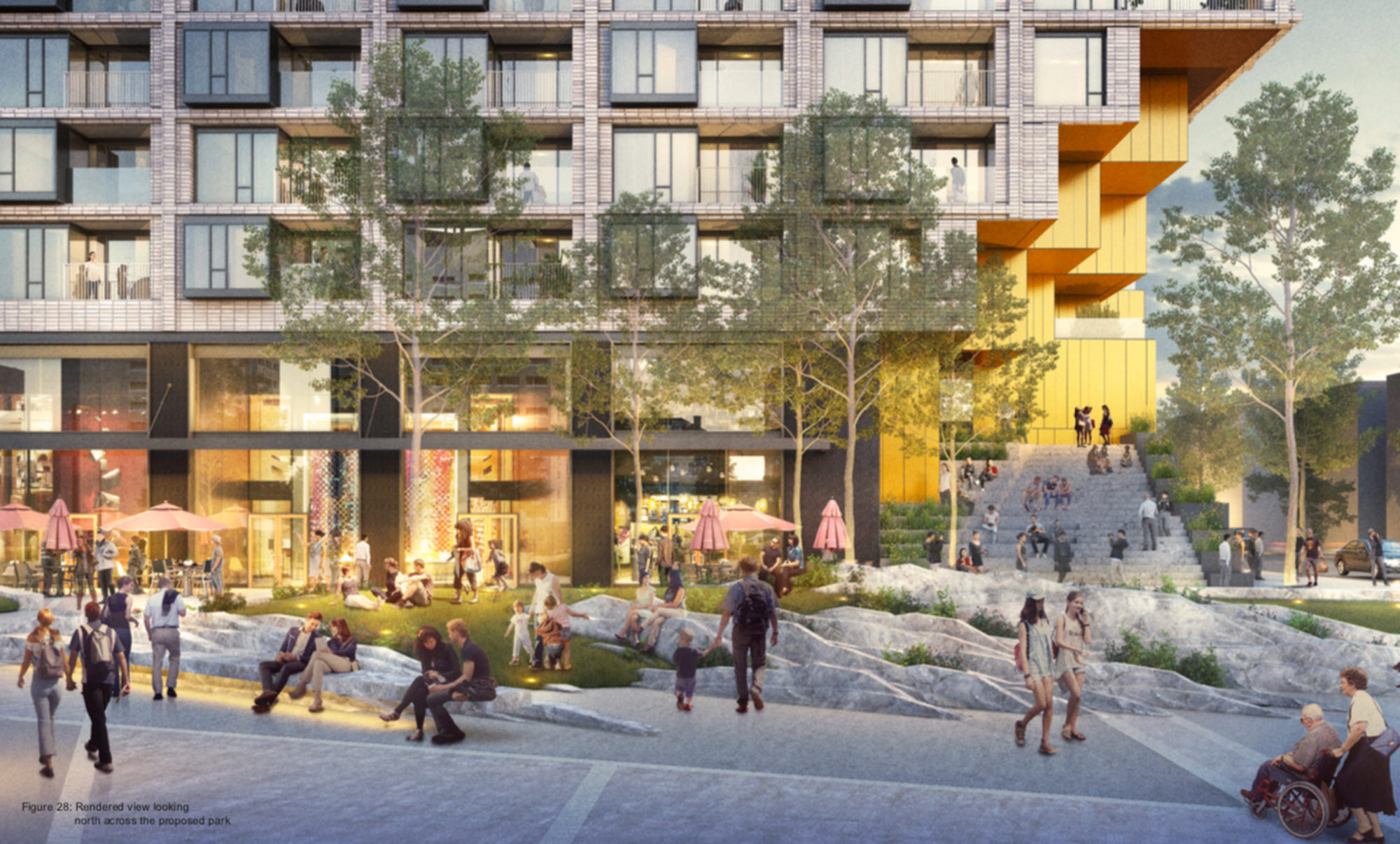