A bright, two-storey loft in the old Evening Telegram building. It’s less than 1,000 square feet, with one bedroom and one bathroom, but the 14-foot ceilings make it feel open and airy. The living area is particularly homey, with a pyramid skylight, exposed brick, and a gas fireplace. Oh, there’s also a private rooftop patio.

Built in 1932, the building was originally a garage for the Evening Telegram, an old Toronto newspaper. From 1950 until the 70s, it was occupied by Coca-Cola and a film distribution company, before eventually falling into the hands of an Estonian engineer turned artist named Lembit Soots, who mostly rented to people in the film and music industries. In 2001, the building was converted into 10 hard loft condominiums. The seller purchased the unit in 2008 and later pumped $25,000 into a new heating system.

Here’s a look at the front of the building: 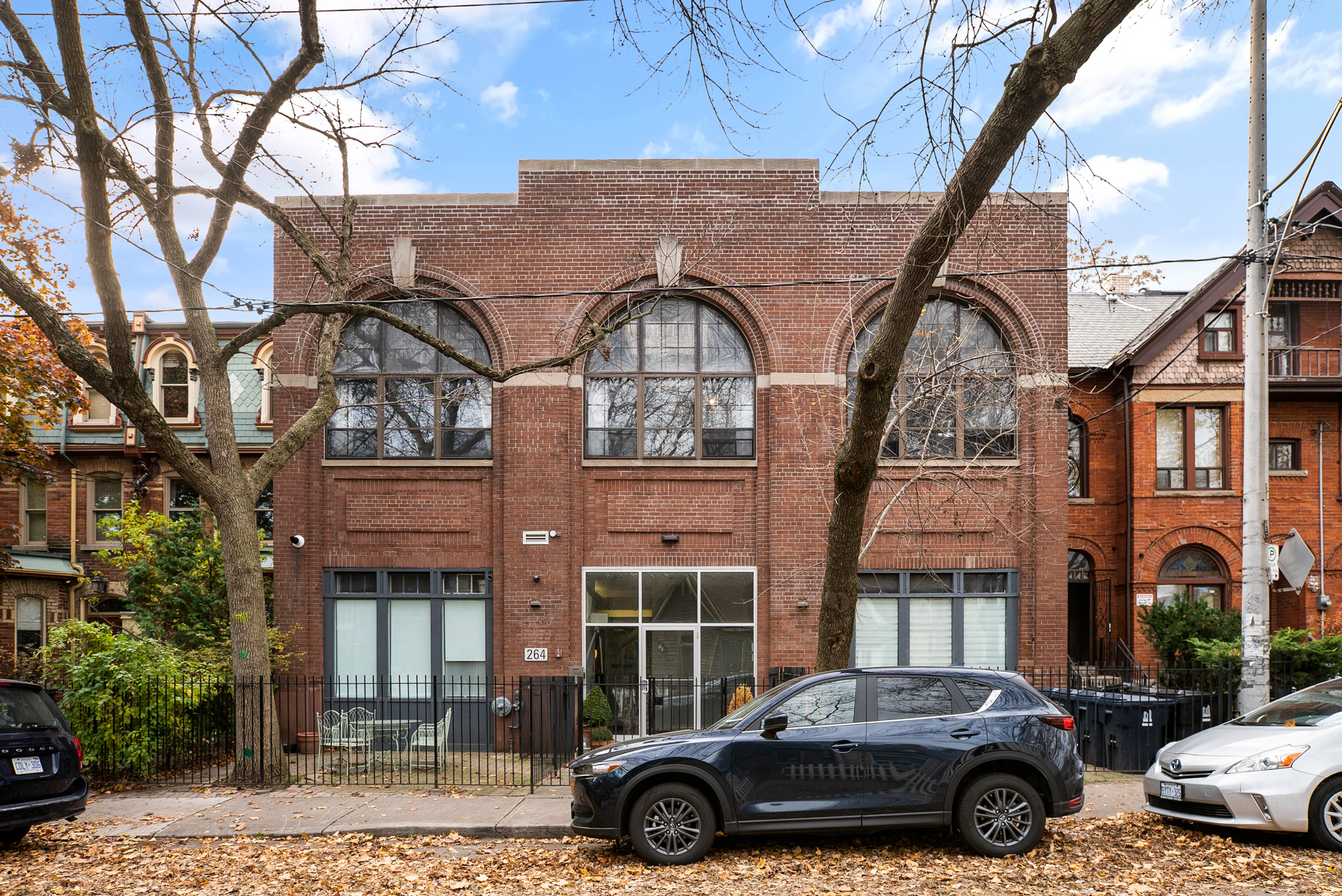 The front foyer is flanked by four closets: 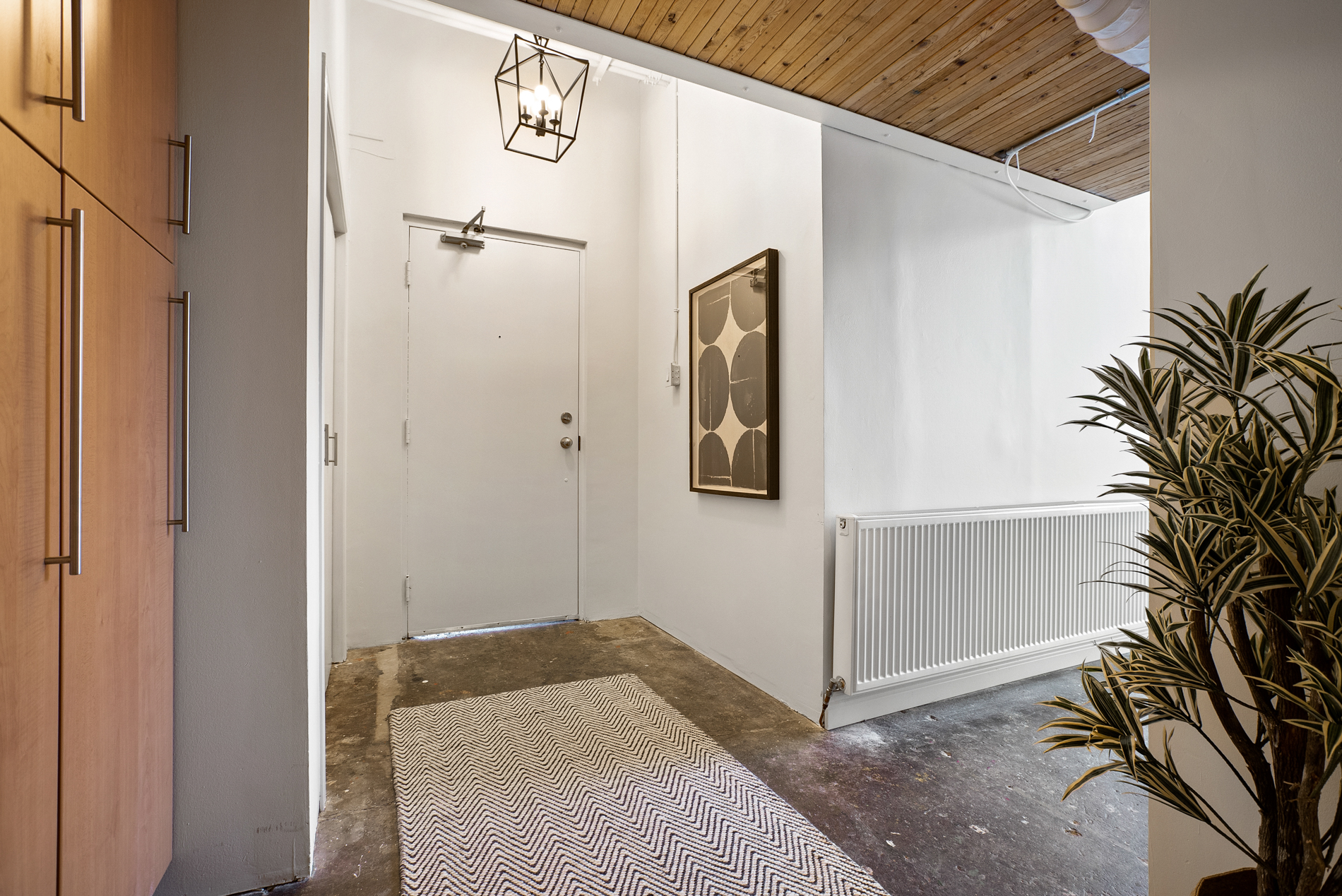 The picturesque living room, complete with a gas fireplace: 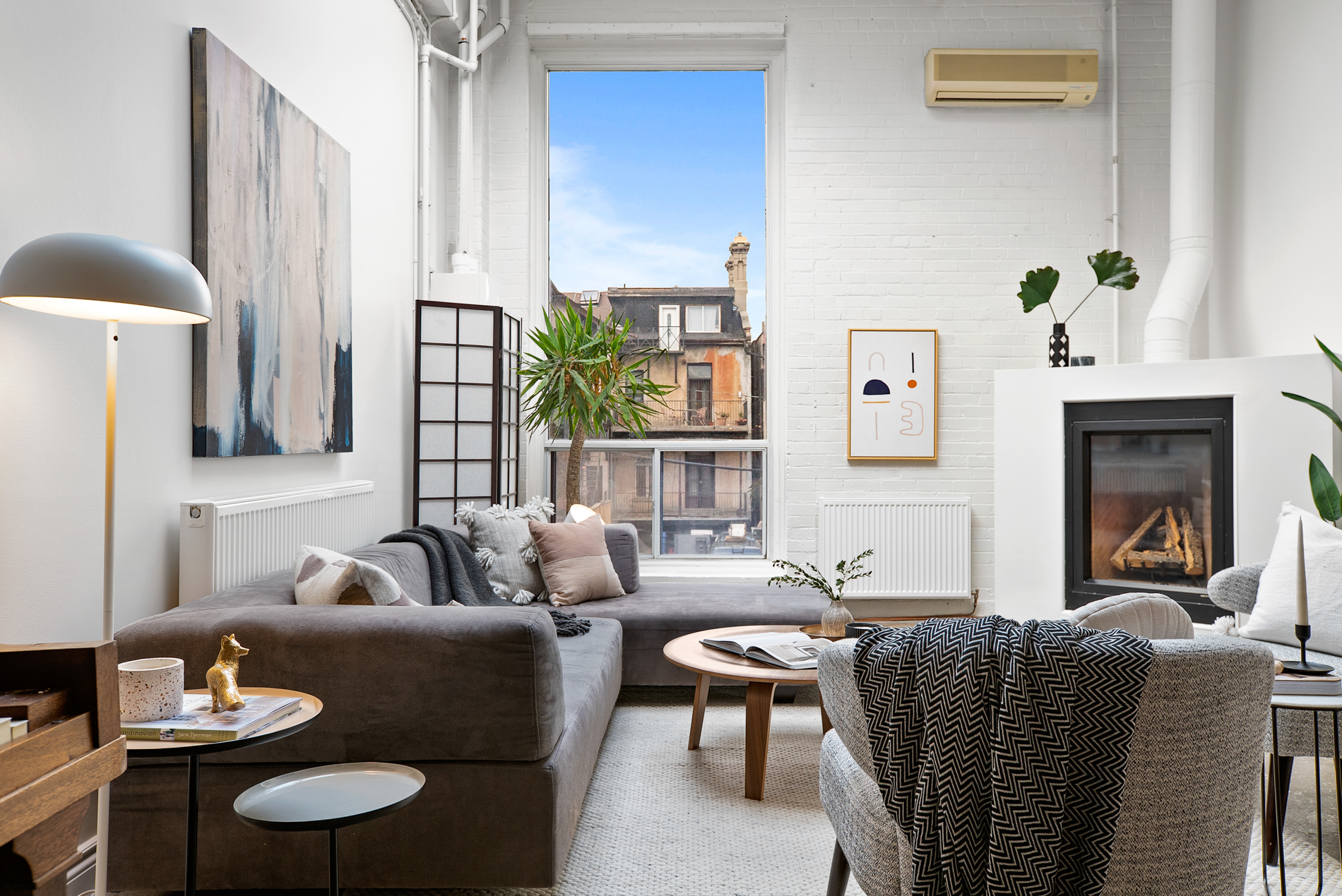 That’s exposed brick on the wall beside the fireplace: 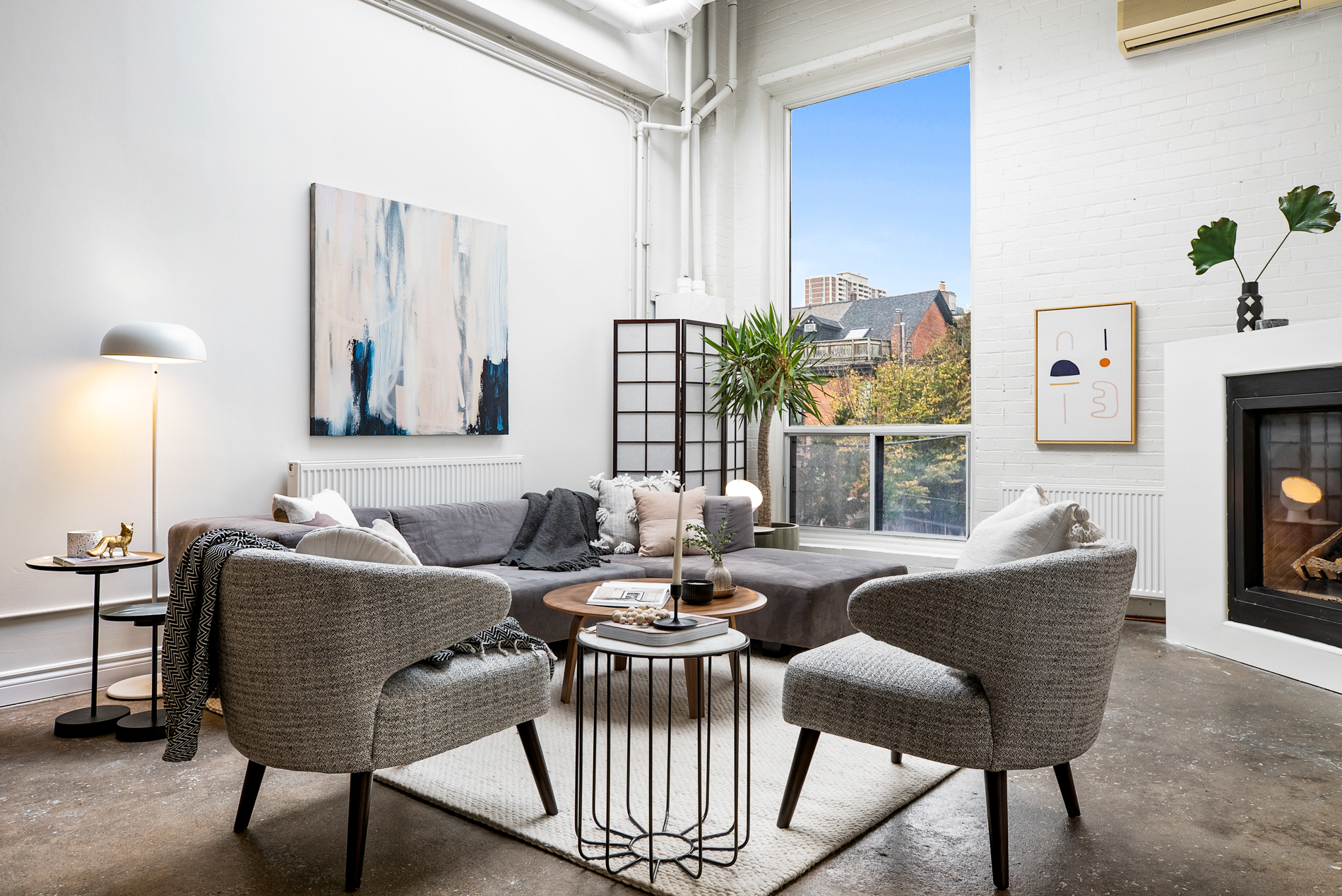 Yet another look at the living room: 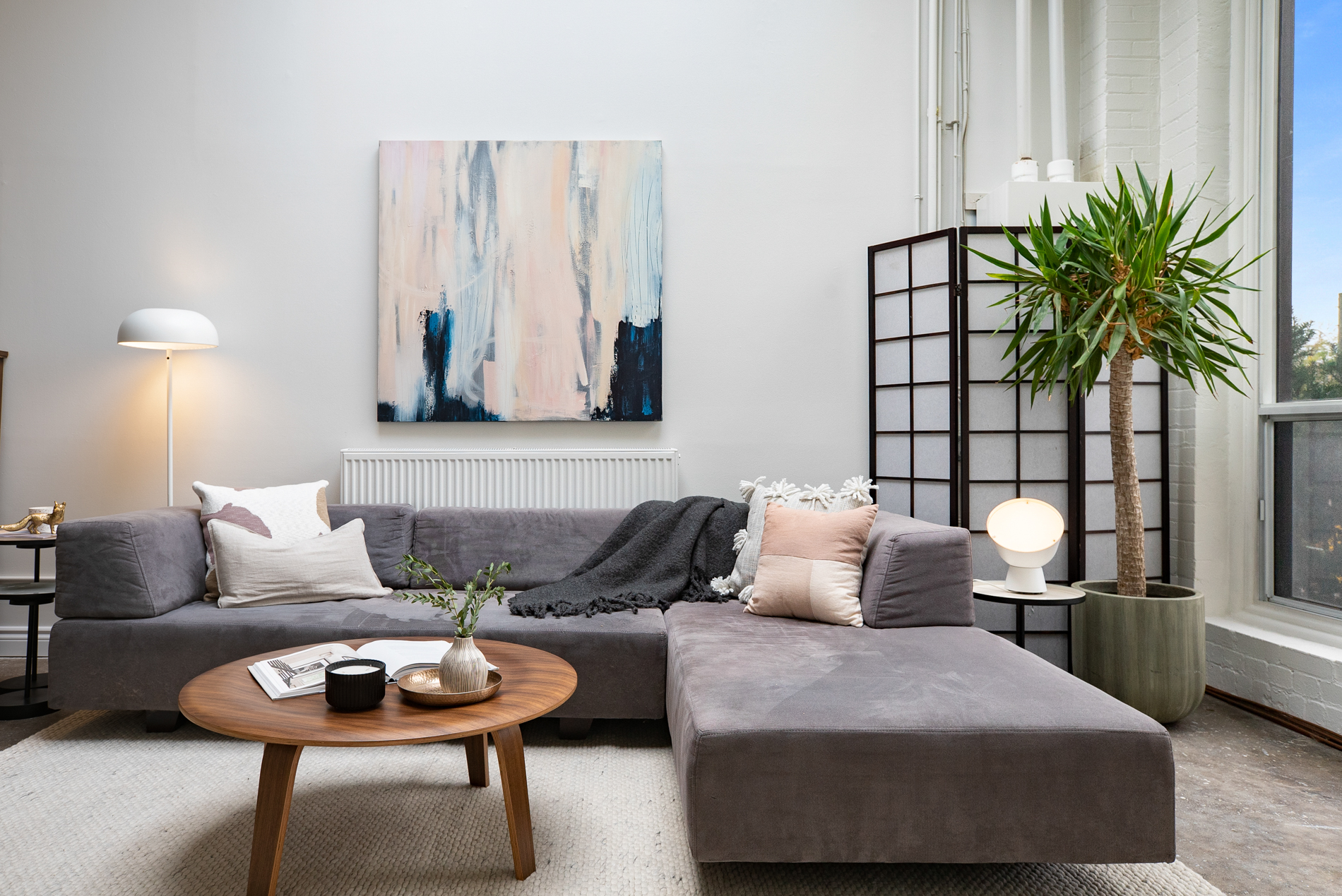 Those 14-foot ceilings make the unit feel big, despite its modest square footage: 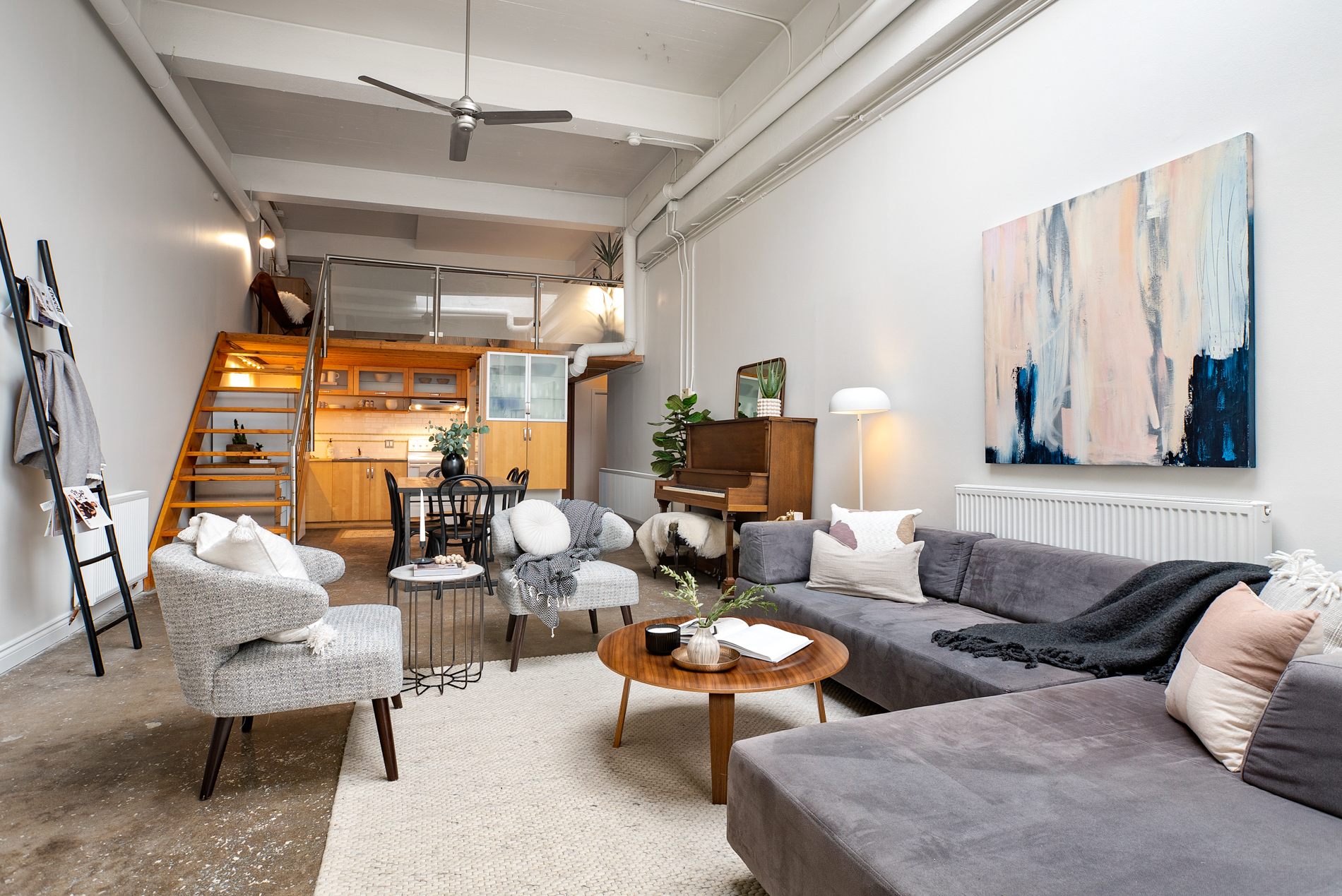 The kitchen is tucked underneath the loft: 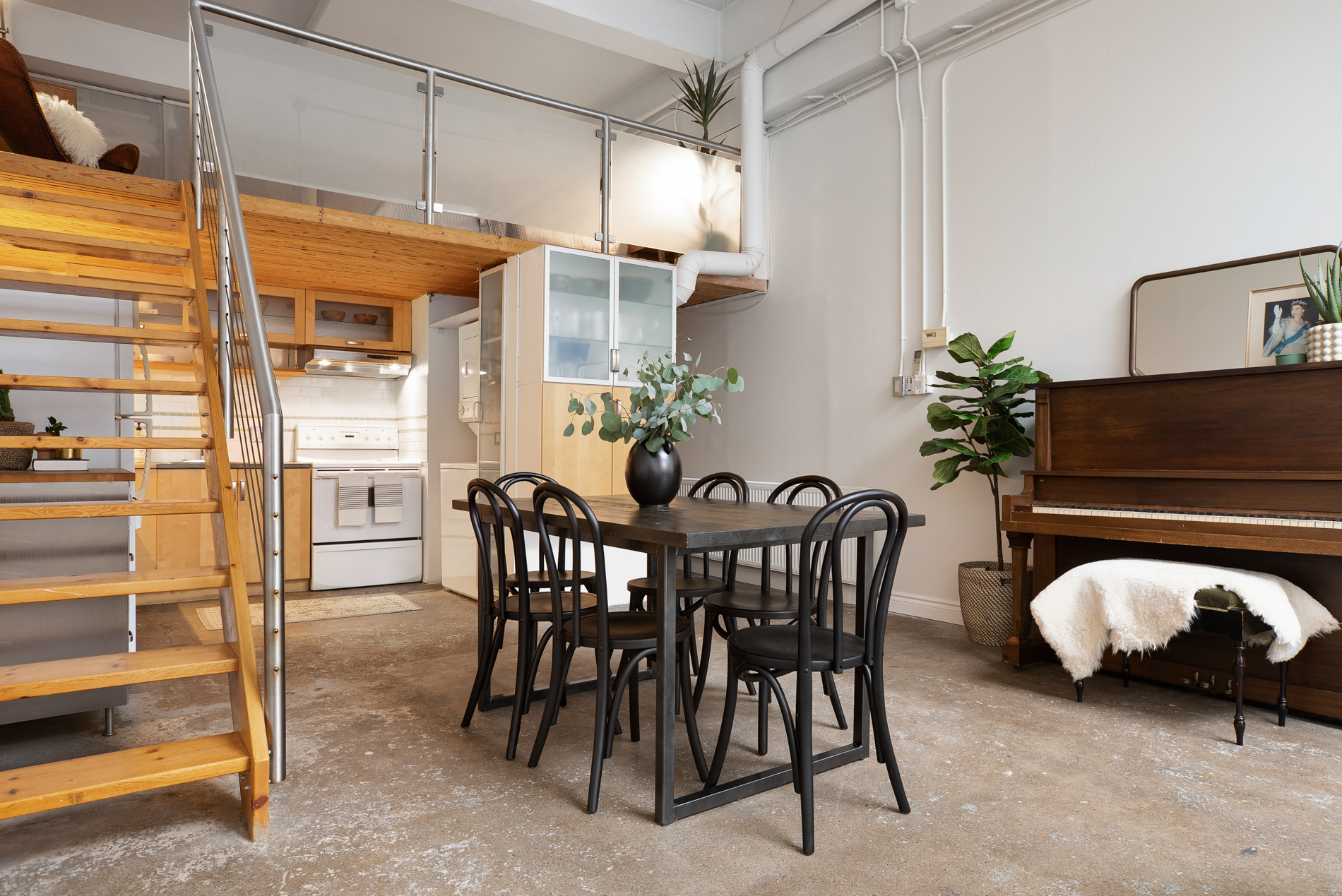 It doubles as a laundry room: 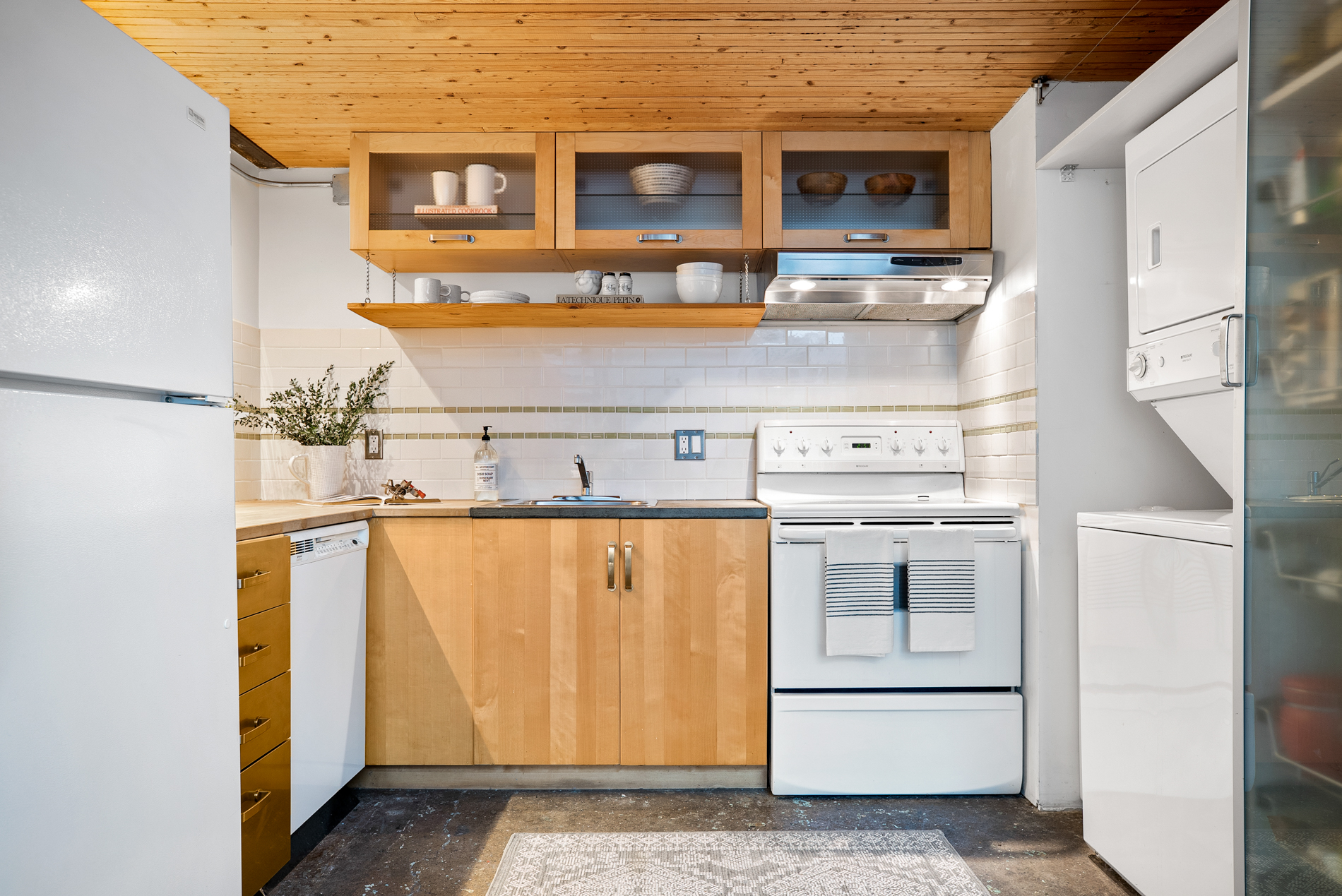 The staircase is made from pine: 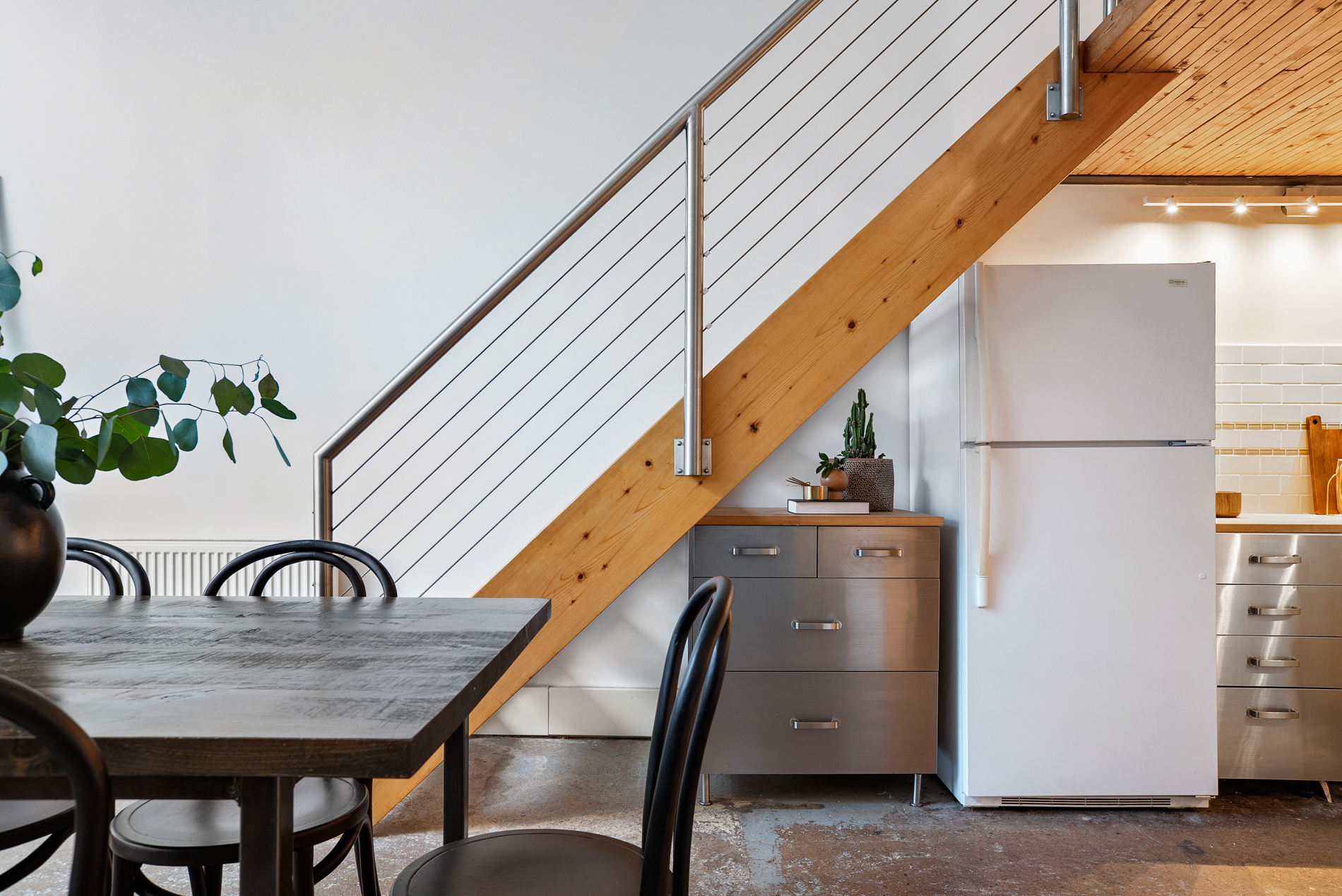 With its seven-foot ceilings and roughly 200 square feet of space, the loft is much less claustrophobic than some: 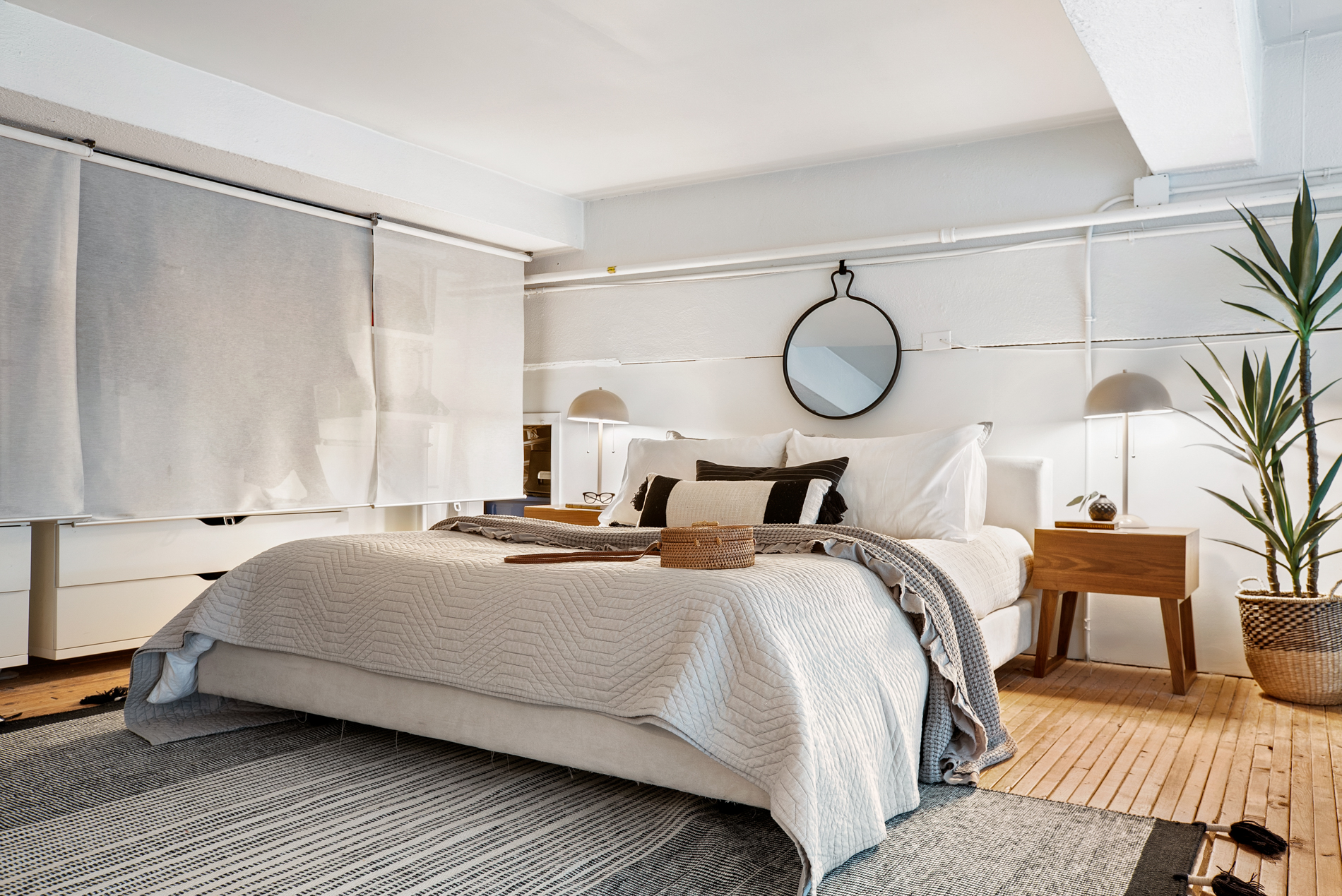 The floor of the loft is a bunch of two-by-fours smushed together: 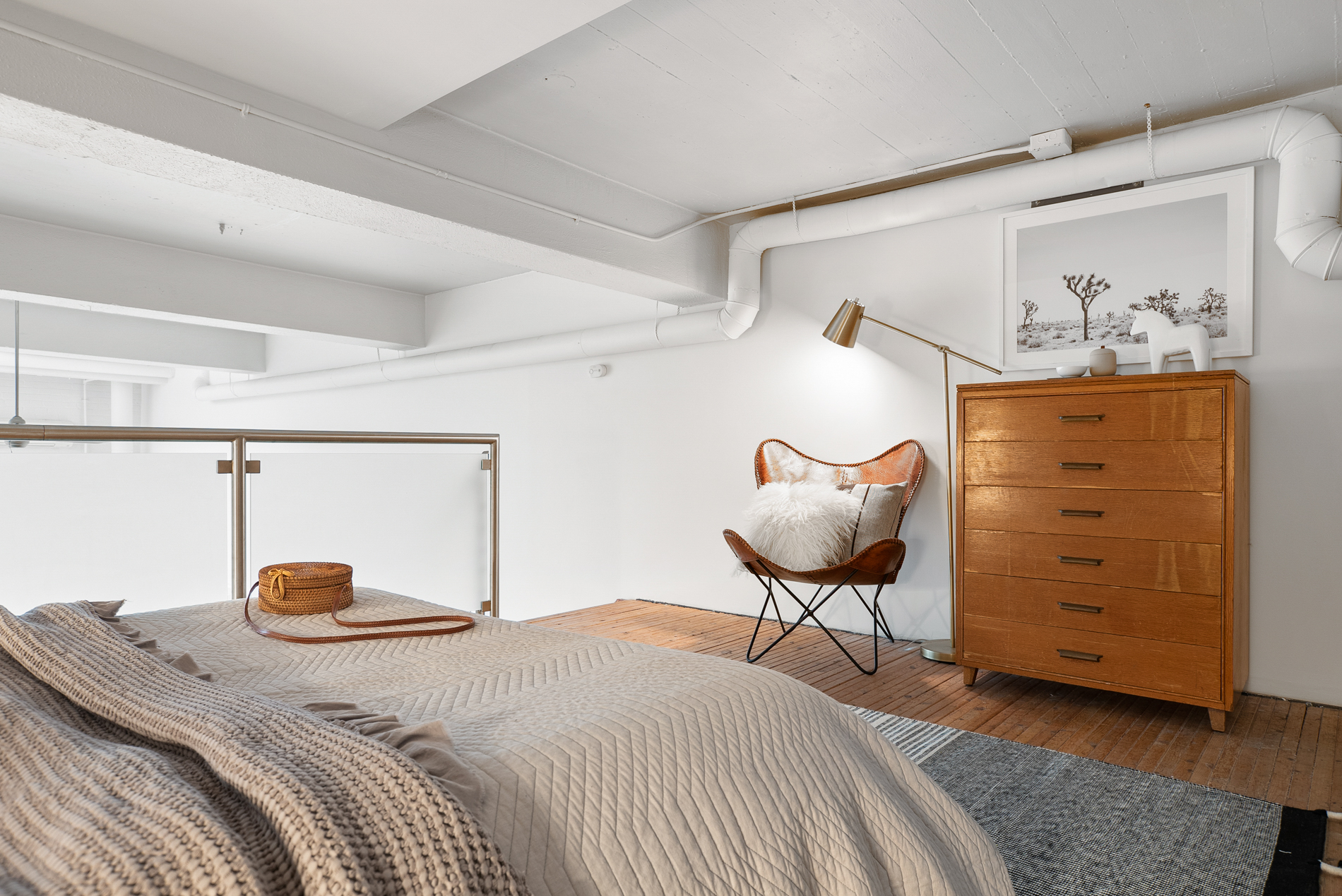 Here’s an overview of the living area: 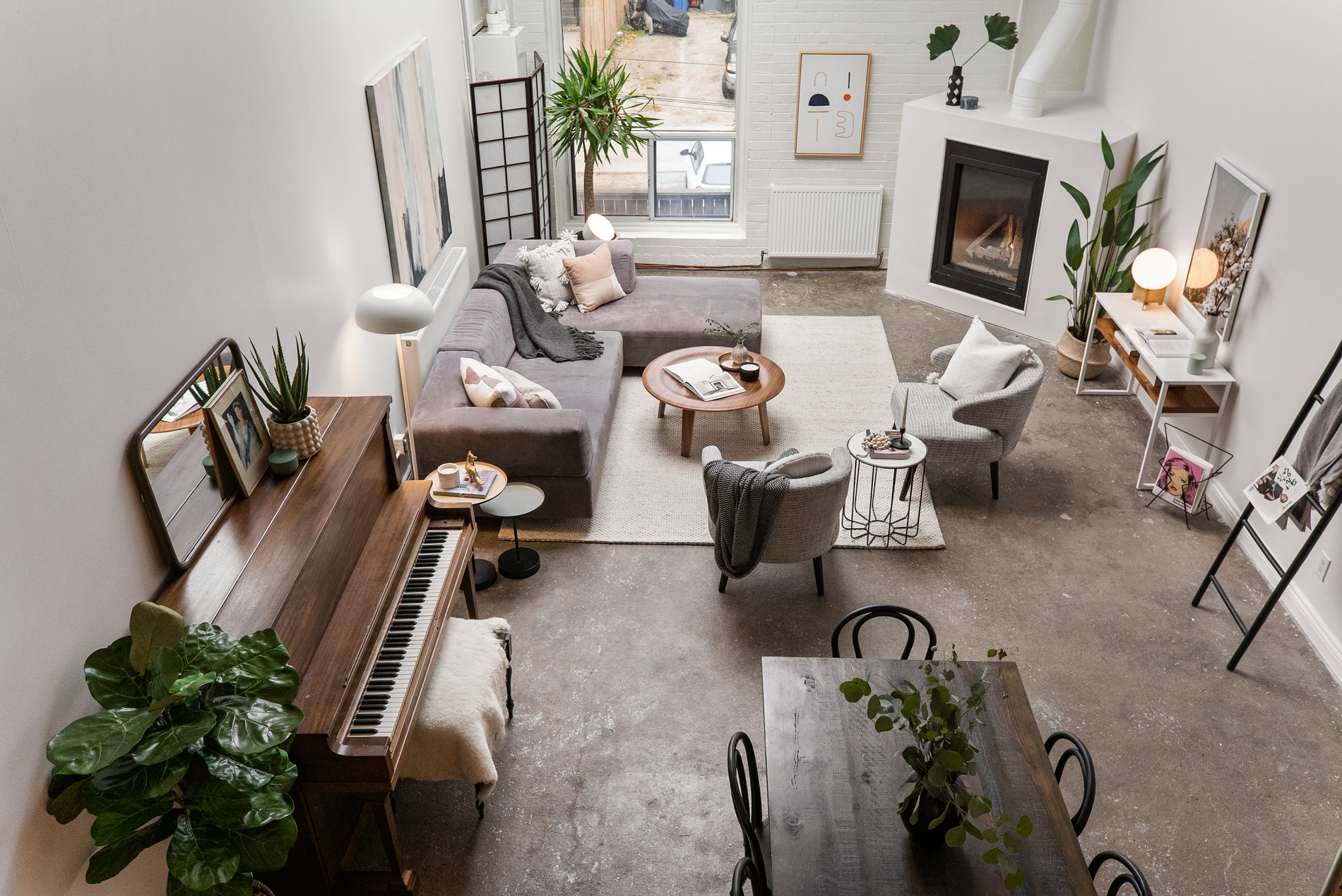 The front foyer connects to the bathroom: 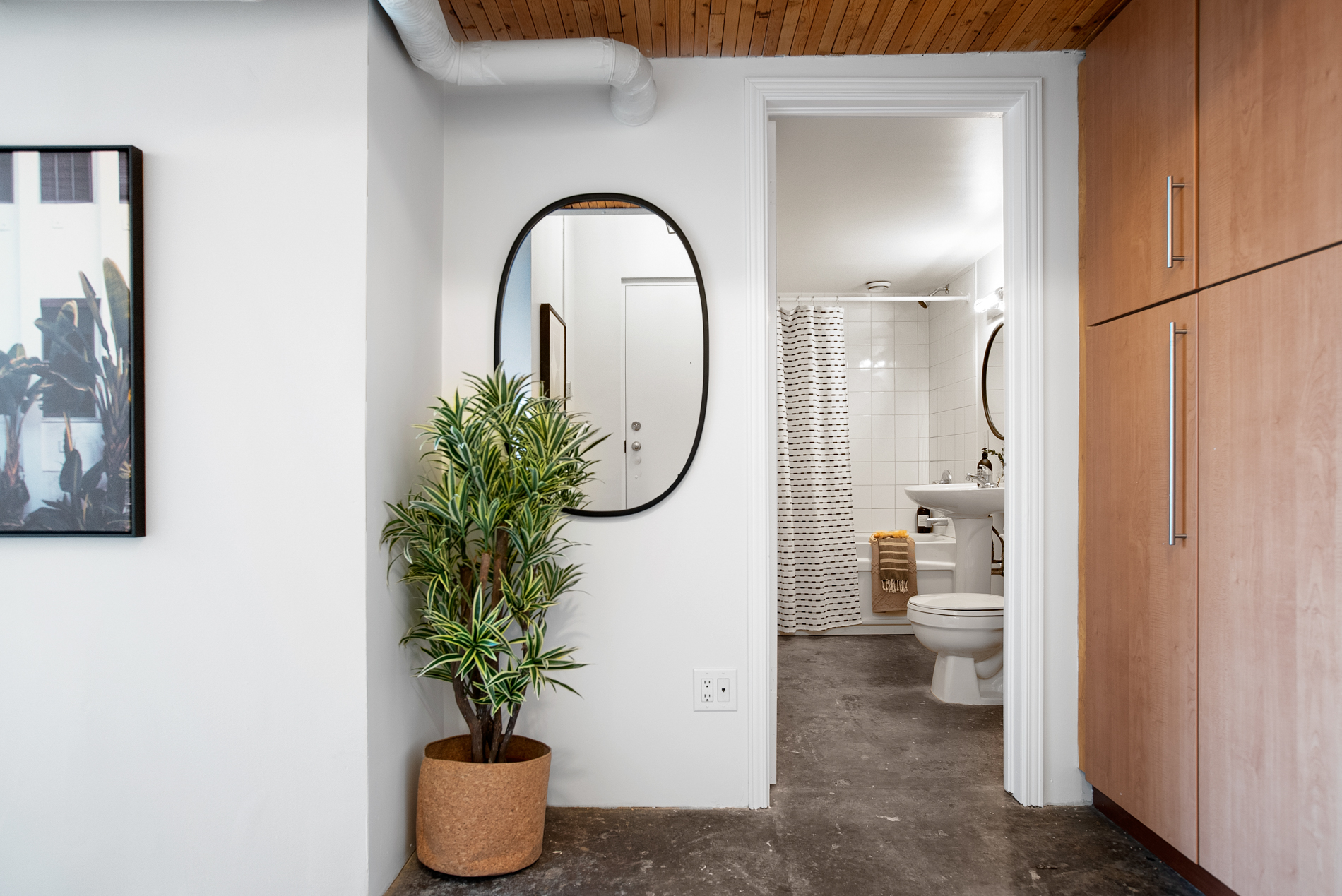 Which is simple but nicely appointed: 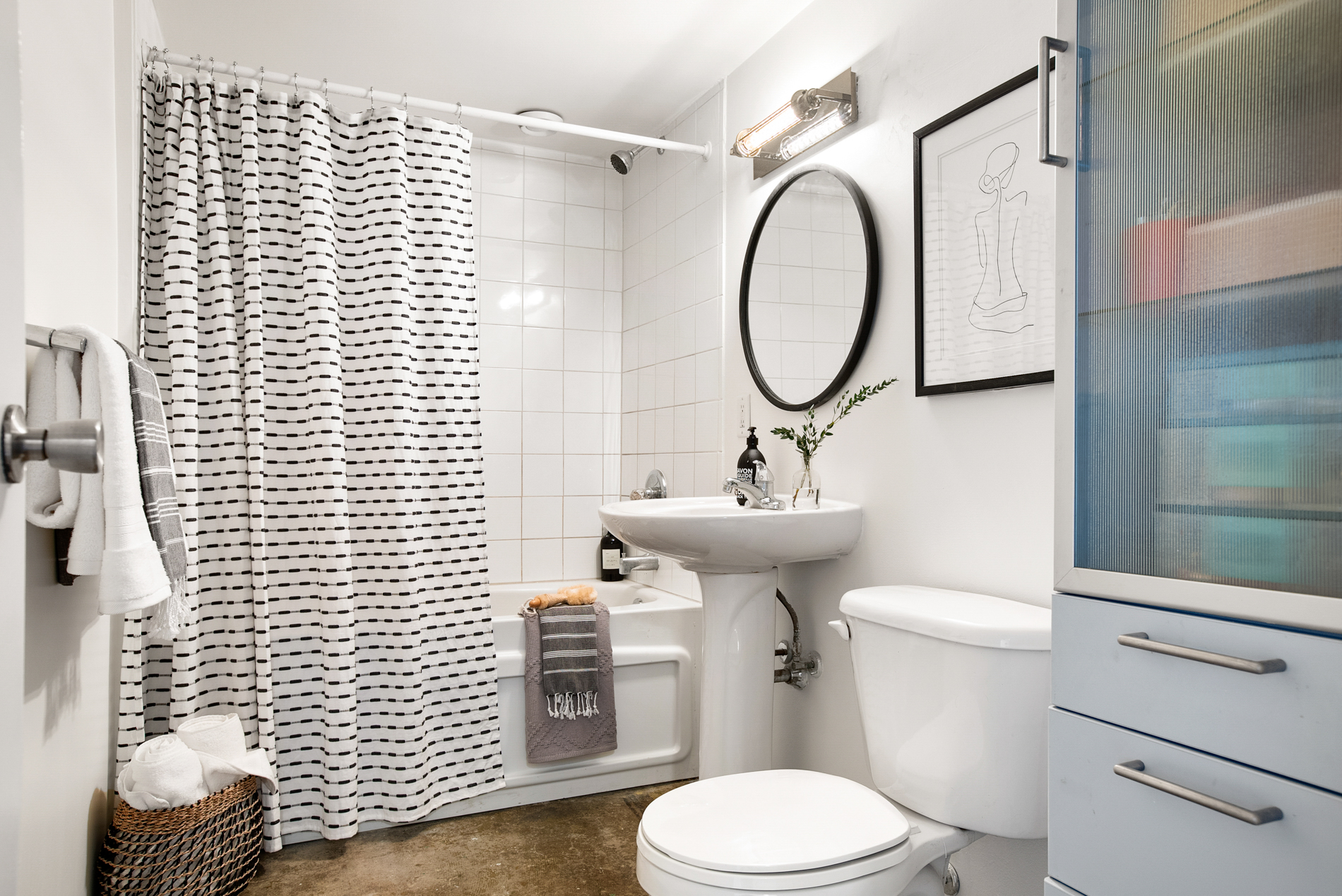 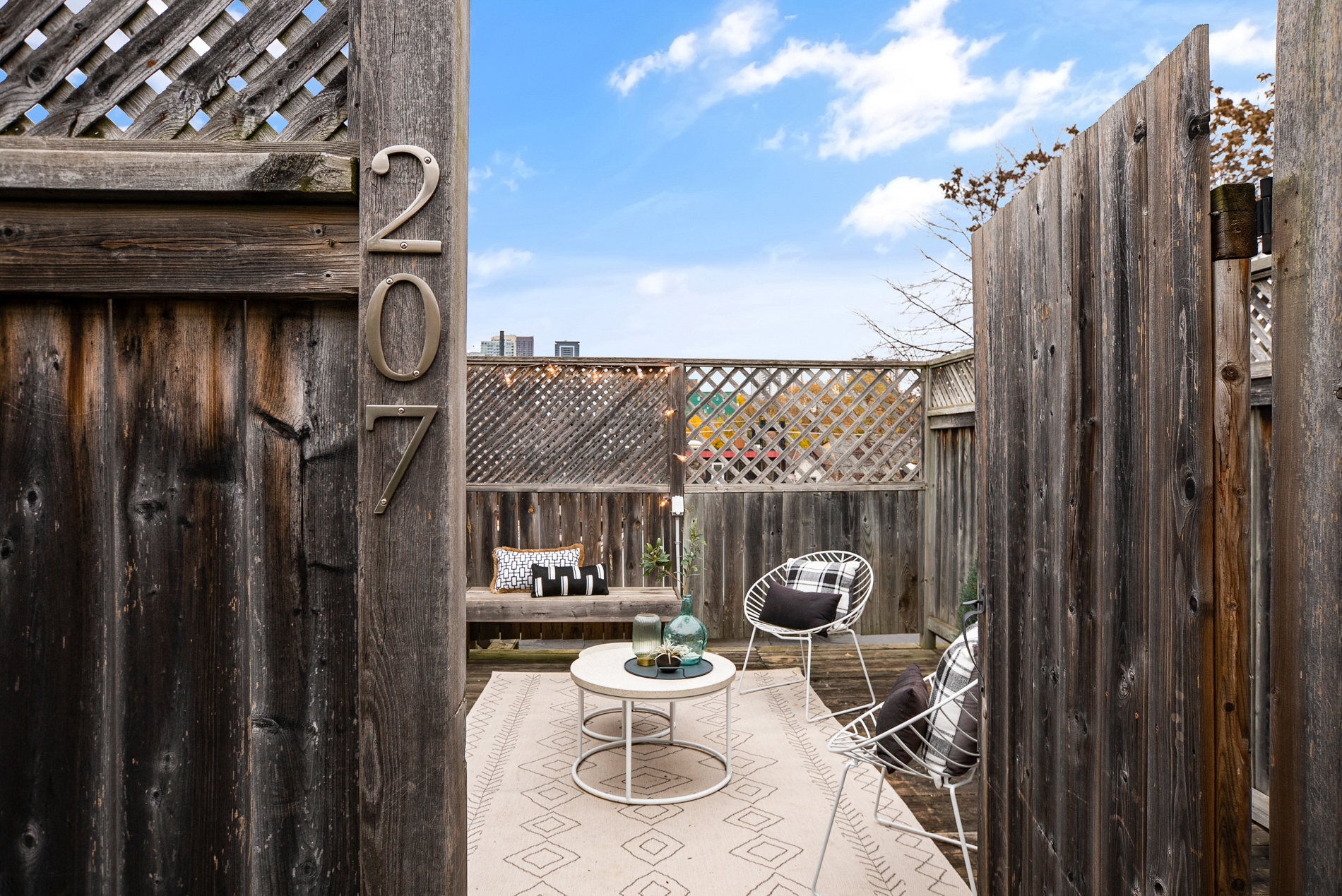 It’s only 167 square feet, but still looks like a sweet place to entertain: 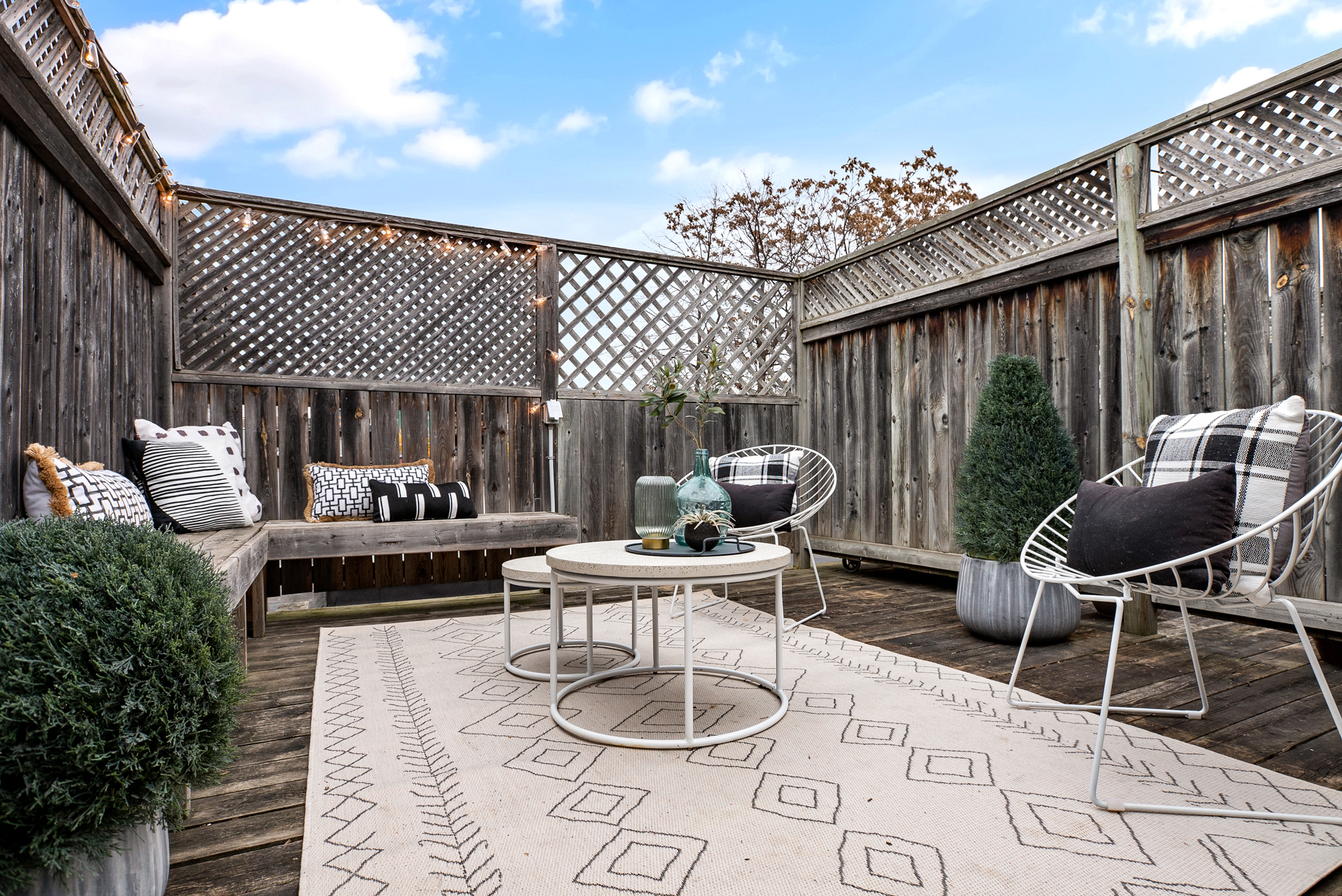 For a trendy-yet-historic building, $700,000 is a relatively low asking price, especially considering the downtown location. The rooftop patio is an added bonus.

The place is less than 1,000 square feet, so it’s best for a single person or a very close couple. Also, once you’re snuggled up in bed, it’s going to be a bit of a drag to wander down the stairs, past the kitchen and through the foyer to get to the bathroom—particularly in the middle of the night.