Condo of the Week: $1.2 million for a Riverside warehouse with serious heritage chops

Condo of the Week: $1.2 million for a Riverside warehouse with serious heritage chops 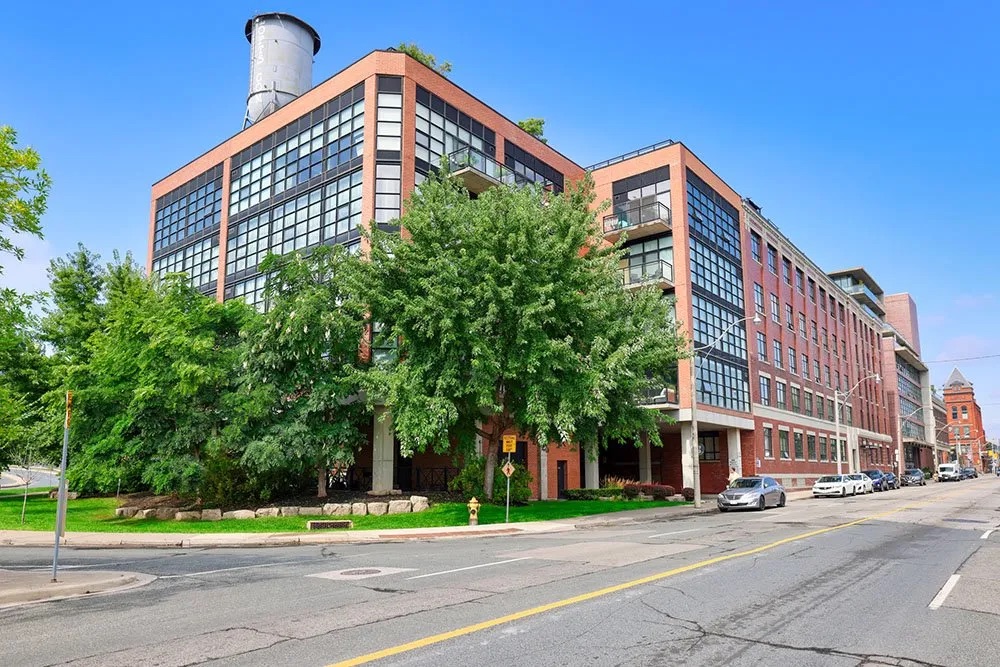 A former pharmaceutical warehouse at the corner of Broadview and Eastern that’s been transformed into a series of lofts, including this one-bedroom-plus-den hard loft.

The United Drug Company (later rebranded as Rexall) constructed this five-storey warehouse and factory in 1914 and operated a pharmacy and soda fountain on its ground floor until 1943. The building remained unchanged until 2006, when developers expanded the structure and created a collection of 160 lofts.

This second-floor unit, last bought and renovated in 2020, comes with a new kitchen, designer furnishings and retro-factory sliding doors and windows. Realtor Kerrie McNair says the owner had planned to live in the space until a career opportunity convinced her to relocate to the UK.

The building’s location is great for commuters: motorists are close to the Don Valley Parkway and Gardiner Expressway, and transit riders have easy access to the Queen and King streetcars as well as several bus routes. Residents are also a quick walk from the Don Valley trail system, Riverdale Park, the Distillery District and Riverside’s many shops and restaurants.

“It’s rare to find a place in Toronto with this much of the industrial feel preserved,” says McNair. Highlights include the Douglas fir ceilings, steel stairs, exposed brick walls and massive windows. 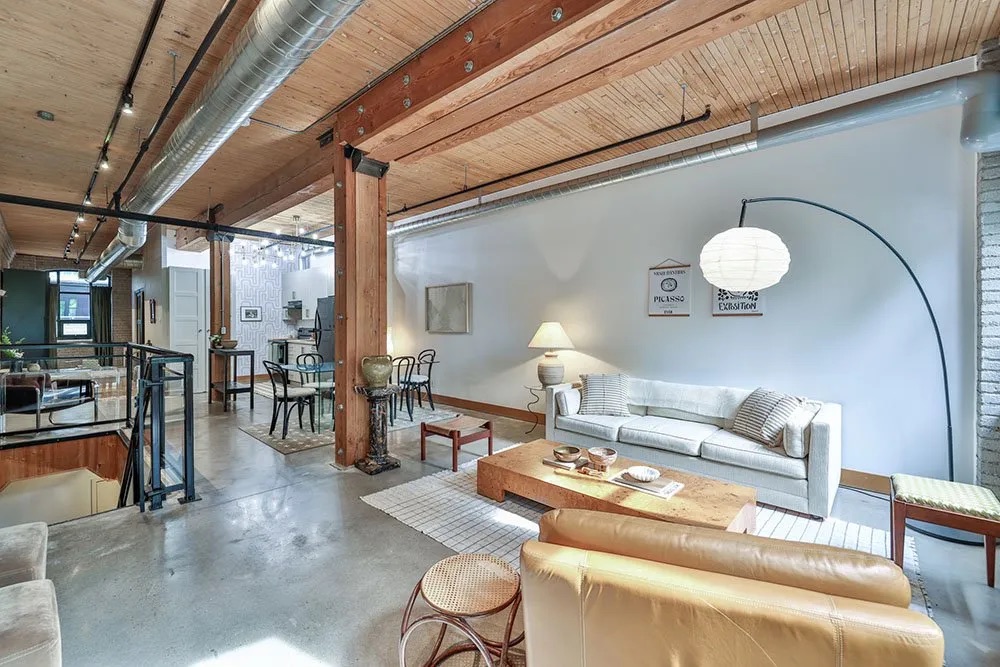 The elevated door on the living room wall is decorative, giving a quirky nod to the place’s original operations. 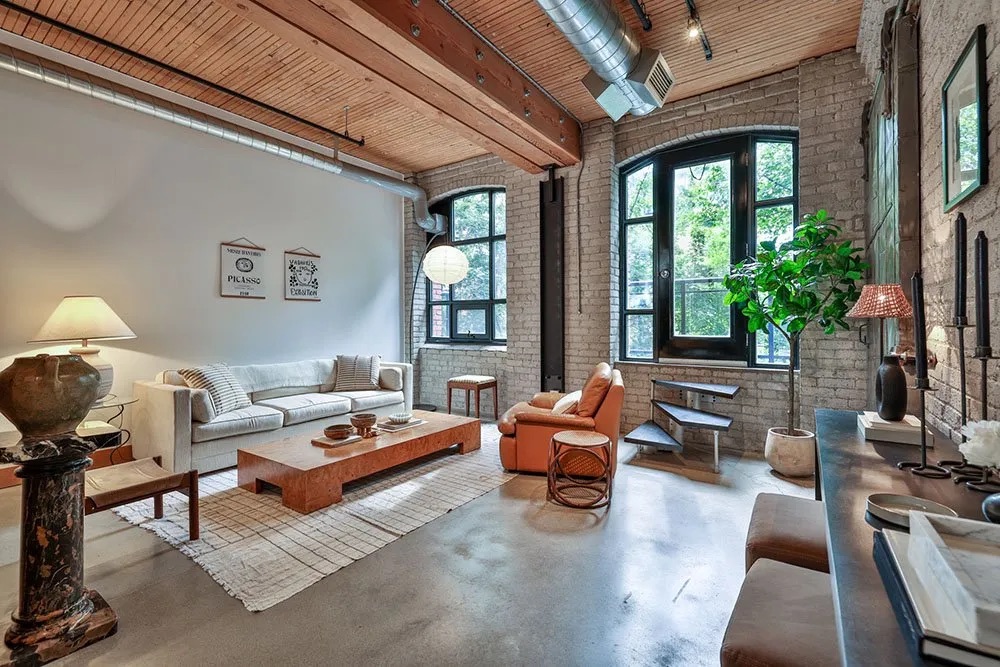 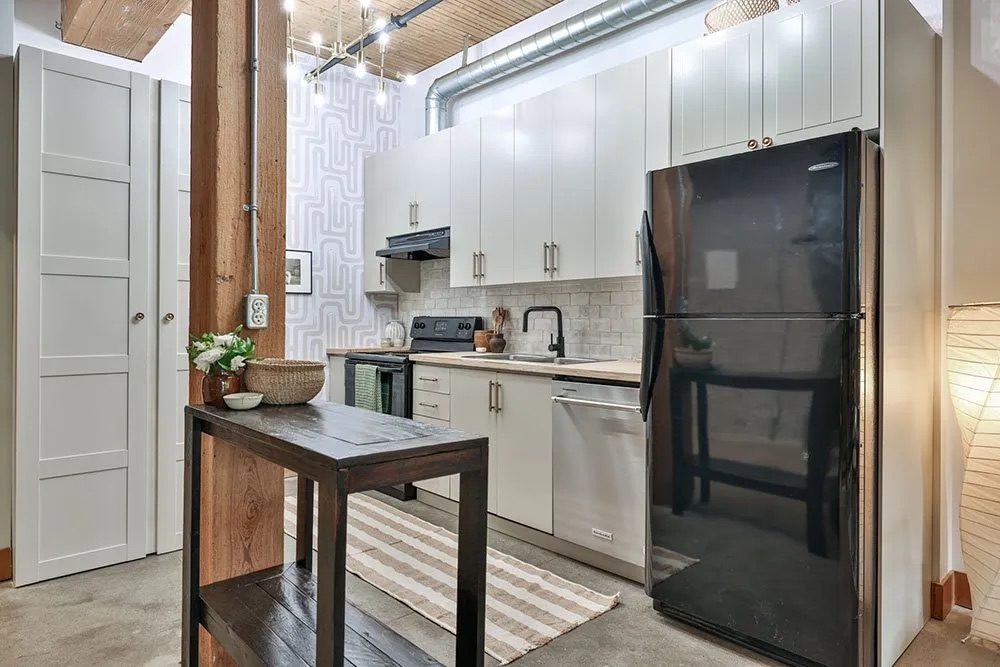 The place is staged with pieces from Toronto designers Montana Labelle Design Lifestyle, JKC Vintage Decor, Bettencourt Manor, and Frankies Home Goods, and their inclusion in the sale price is negotiable. 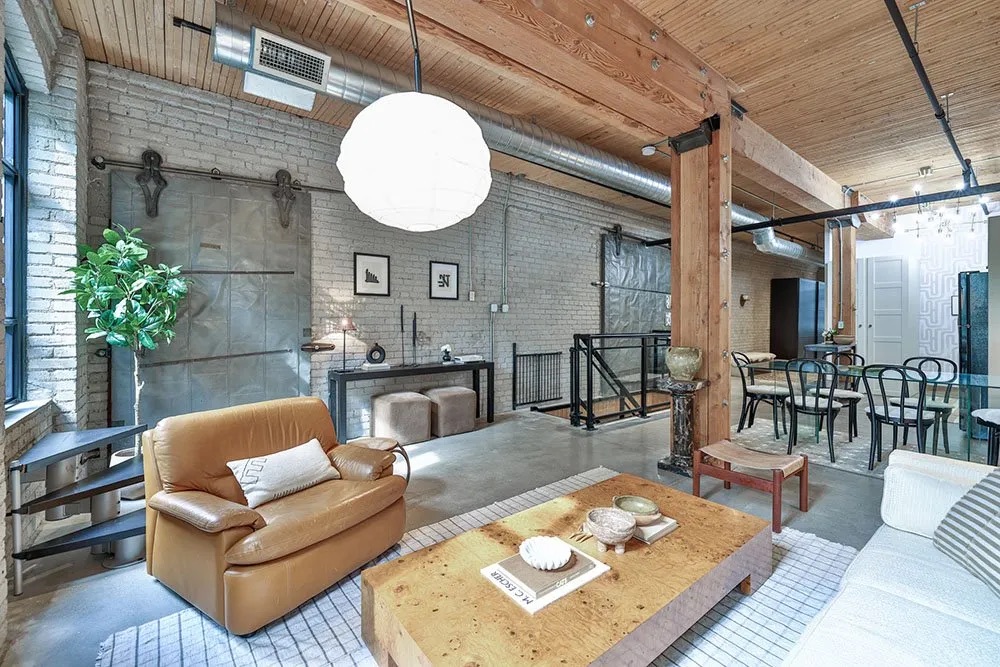 Given the space’s open layout, it’s ideal for singles and couples, but a wall could easily be installed to create a more private bedroom. 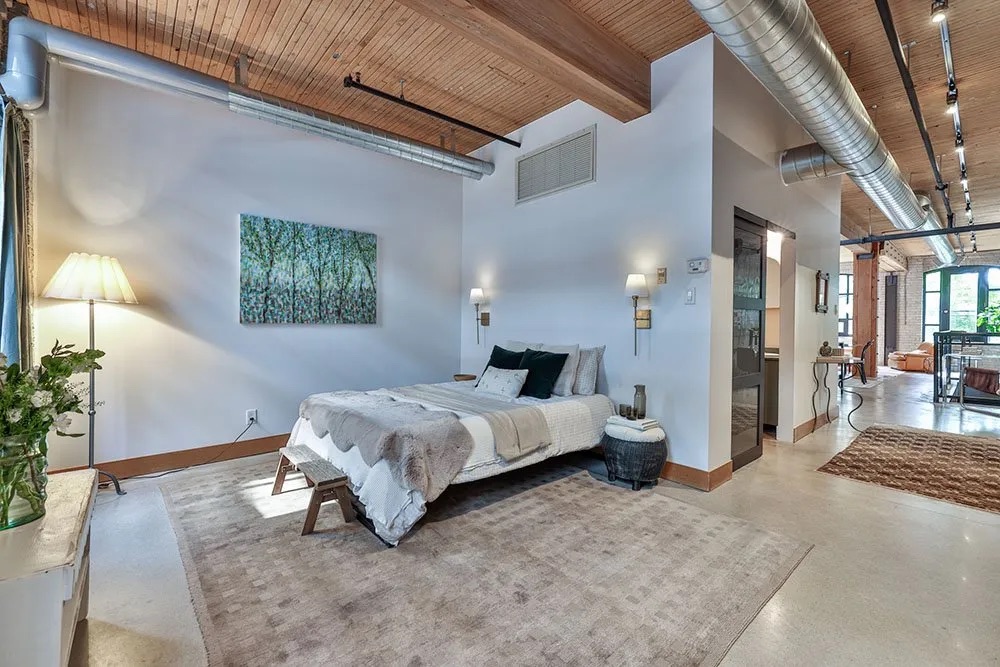 The loft also has a clutter-killing 8-by-10 mudroom at the entrance. 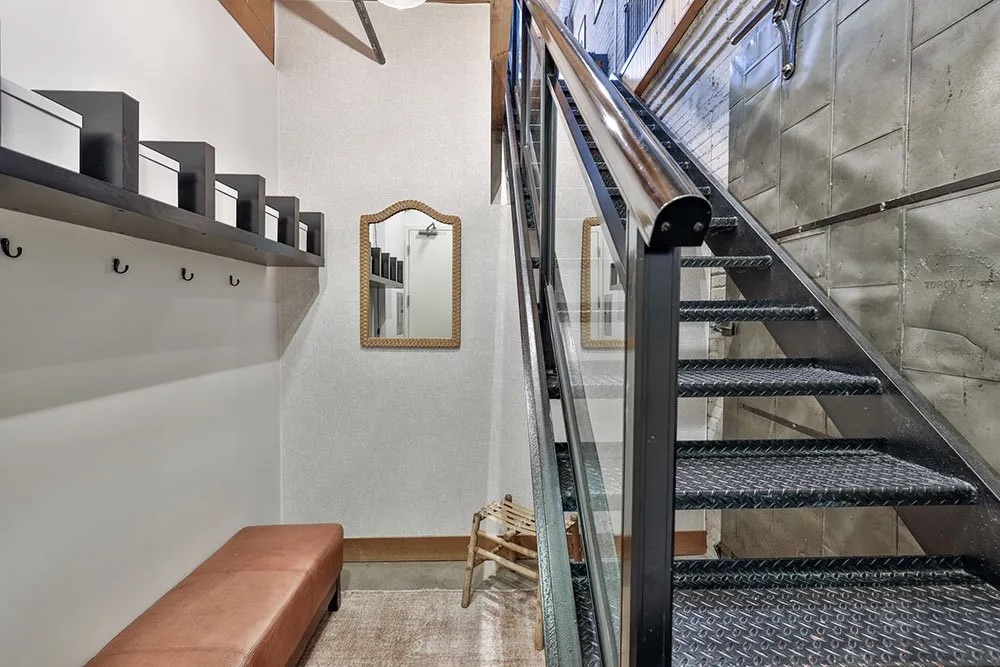 The balcony—which is big enough room for its own garden—overlooks the lush courtyard. 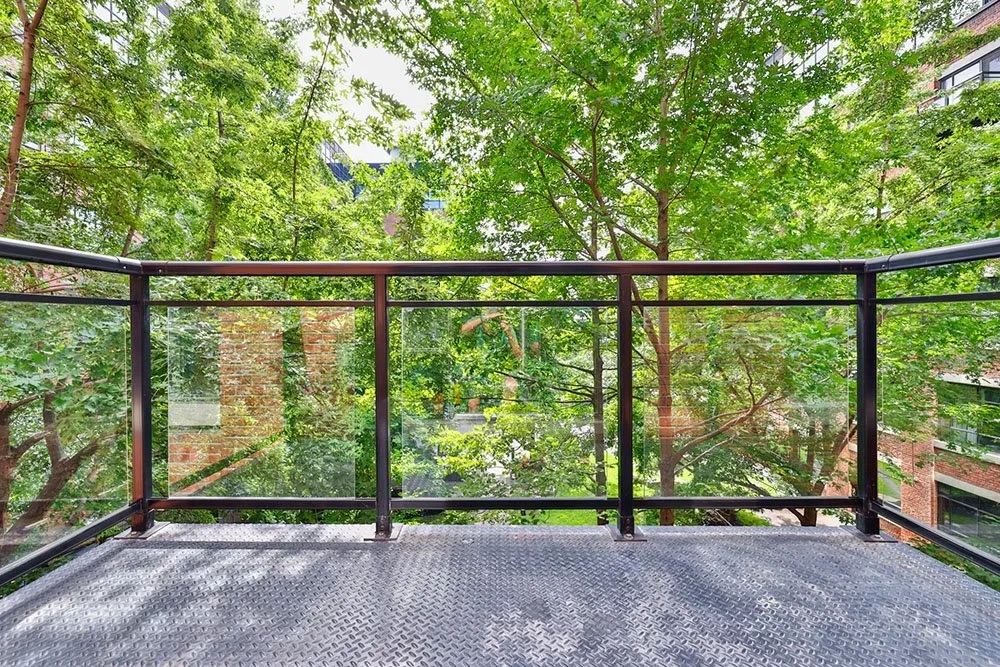