The Chase: They both had careers in medicine, but no mortgage pre-approval

The Chase: They both had careers in medicine, but no mortgage pre-approval

The buyers: Derek Tsang, a 32-year-old doctor at a downtown hospital, and Lori Wong, a 33-year-old medical radiation technologist.

The story: Derek and Lori got married in 2011 and had a son, Elliott, two years later. In 2016, they were living happily in an apartment near Avenue Road and St. Clair when Derek took a fellowship in Tennessee. When they returned the following summer, it was with a fourth family member, baby boy Avery. They began searching for a four-bedroom house in a good school district with subway access, but getting a mortgage was going to be tricky: Derek’s new hospital job didn’t start until October. Avenue and St. Clair seemed out of reach, so they focused their search on East York. 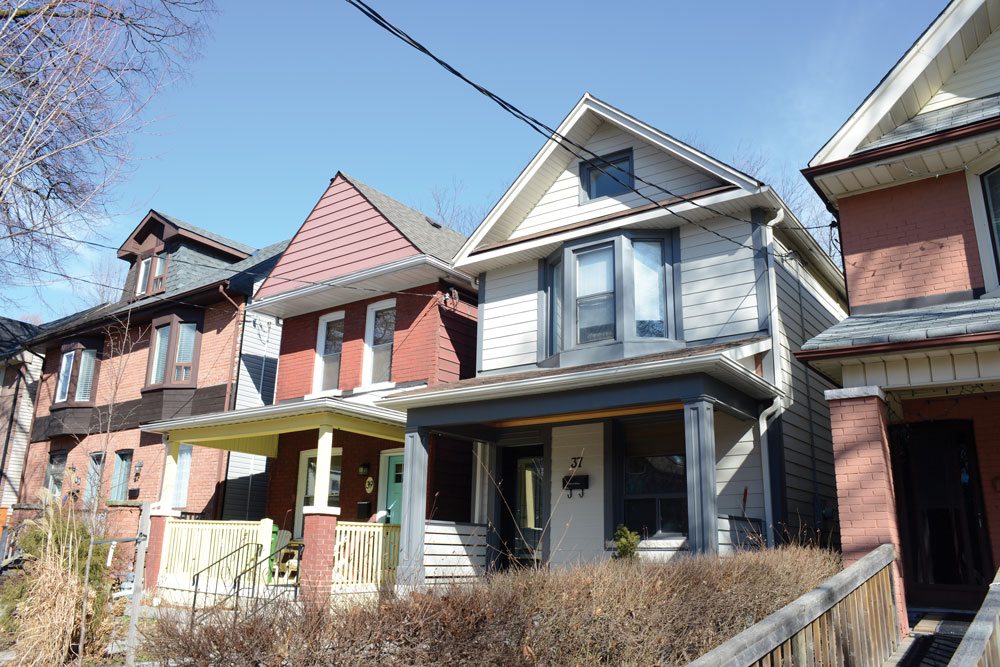 Condor Avenue (near Danforth and Greenwood). Listed at $1,200,000, sold for $1,375,000.
They liked the vaulted ceilings in the master bedroom, and they loved the kitchen’s marble countertops and the landscaped backyard. The property was close to the Danforth subway line, and the nearby schools were good. The only real flaw was the place’s proximity to the TTC’s Greenwood Yard, but neighbours told them it wasn’t too loud. They bid $1.23 million, conditional on financing. Without a mortgage pre-approval, they didn’t want to go much higher during the second round of offers. Their final bid of $1.28 million wasn’t even close. 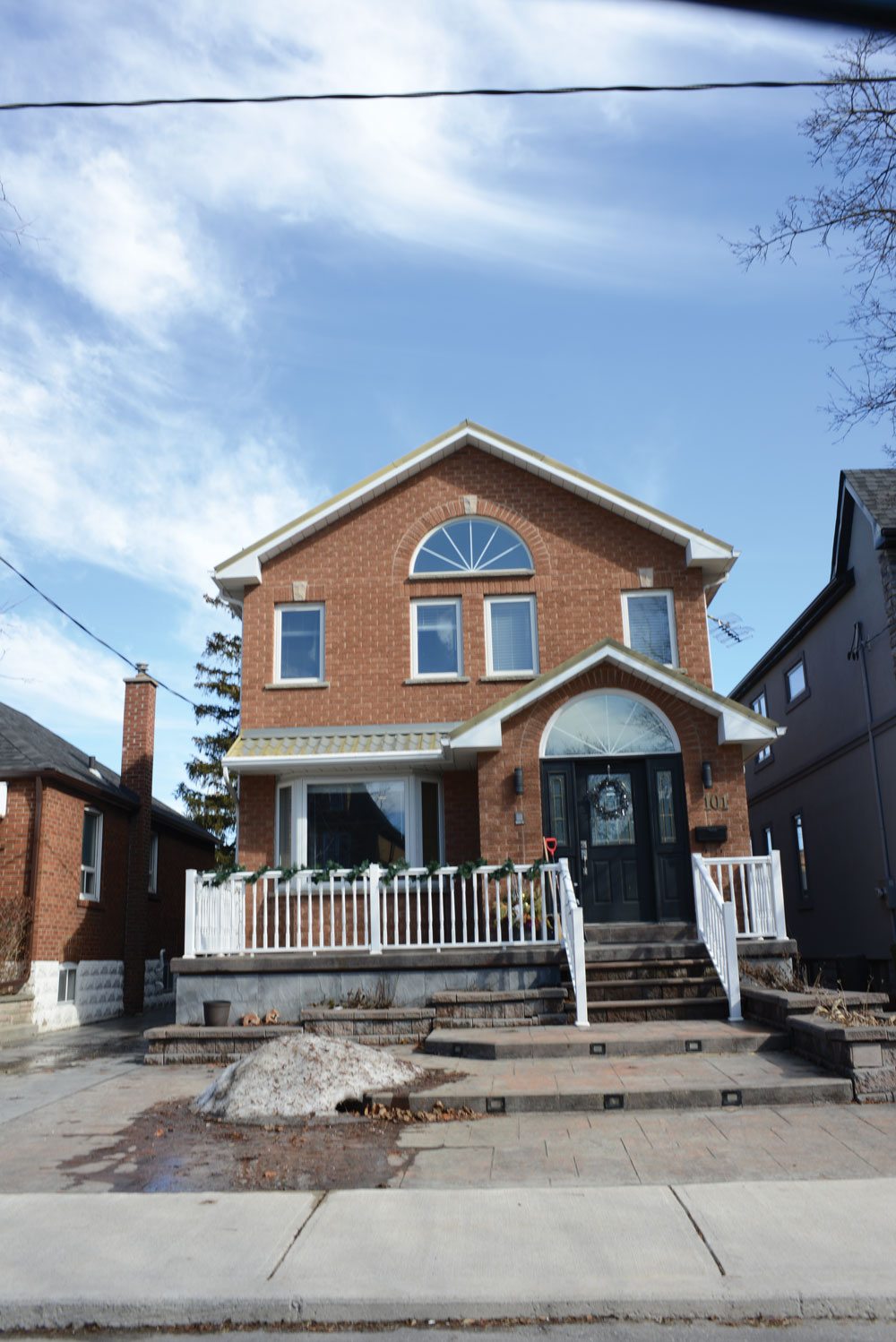 Cadorna Avenue (near O’Connor and Donlands). Listed at $1,290,000, sold for $1,220,000.
This four-bedroom East York home had a spacious master suite and an updated kitchen. Derek and Lori were also taken with the backyard, which had a fireplace and patio for entertaining. But the property had a few definite drawbacks. For one, it was far from the Danforth subway line, which Derek planned to take to work. Also, the house was fairly large, at 2,500 square feet—so big that Lori feared it would feel lonely if they happened to be living there when the kids grew up and moved out. They decided not to make an offer. 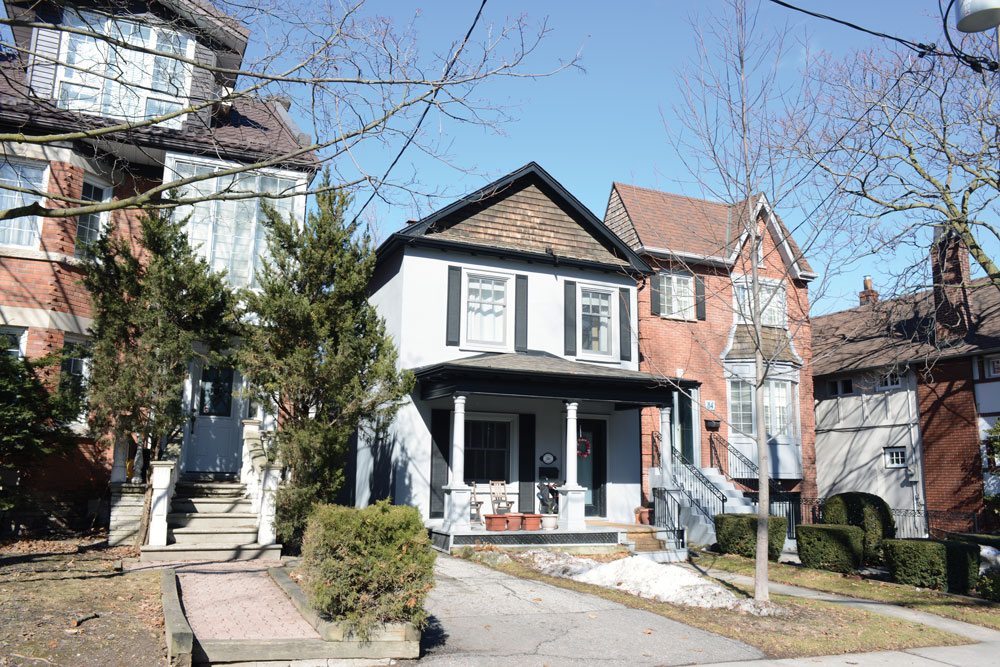 Walmsley Boulevard (near Yonge and St. Clair). Listed at $1,495,000, sold for $1,500,000.
By October, Derek had started his new job. They upped their online search filter to $1.5 million, and a house just blocks from Avenue and St. Clair popped up. They went to see it on the Saturday before Thanksgiving. It had only three bedrooms, but the third bedroom had a bunk bed, proving it could work in a pinch if they ever had another kid. The place had worn-out floors, ugly carpet and a crack in the fireplace, but the location was ideal. They made a conditional offer and a bank came through with just hours to spare. The sellers left them the bunk bed as a gift.