Charles Khabouth, the restaurateur and nightclub king, is planning to move house. His suite in Bisha, his self-branded luxury hotel and condo tower on Blue Jays Way, will be ready in December. As he gets ready to take up residence there, he has put his current home, a 1,700-square-foot, 12th-floor penthouse in a boutique condo building at 478 King Street West, on the market. His asking price is $2.6 million.

Khabouth bought his King Street condo pre-construction and closed on it in 2012, for $1,116,639. The location was a convenient one for him: two of his restaurants, Patria and Weslodge, are on the ground floor of the building. Plus, the building’s developer, Lifetime Developments, is Khabouth’s business partner on Bisha.

It’s normal for pre-construction condo buyers to make some alterations to their units before they move in, but Khabouth went far beyond basic upgrades at his King Street abode. He tore out some of the drywall and had new walls installed, to create a perfectly flat, gallery-like surface for his art collection. Instead of the hardwood typical in high-priced condos, he installed flooring with a surface made of black leather. “It really gives the whole apartment a beautiful kind of texture,” Khabouth said.

The bathrooms are decked out in marble that Khabouth hand-selected. The rooftop deck, at 1,500 square feet, is almost as large as the interior of the condo. It easily fits a 16-seat dining table, as well as an array of plush patio furniture and greenery. “There are unobstructed views, because there are nothing but historical buildings around me,” Khabouth said. “At night, it feels like you’re hanging in midair.” 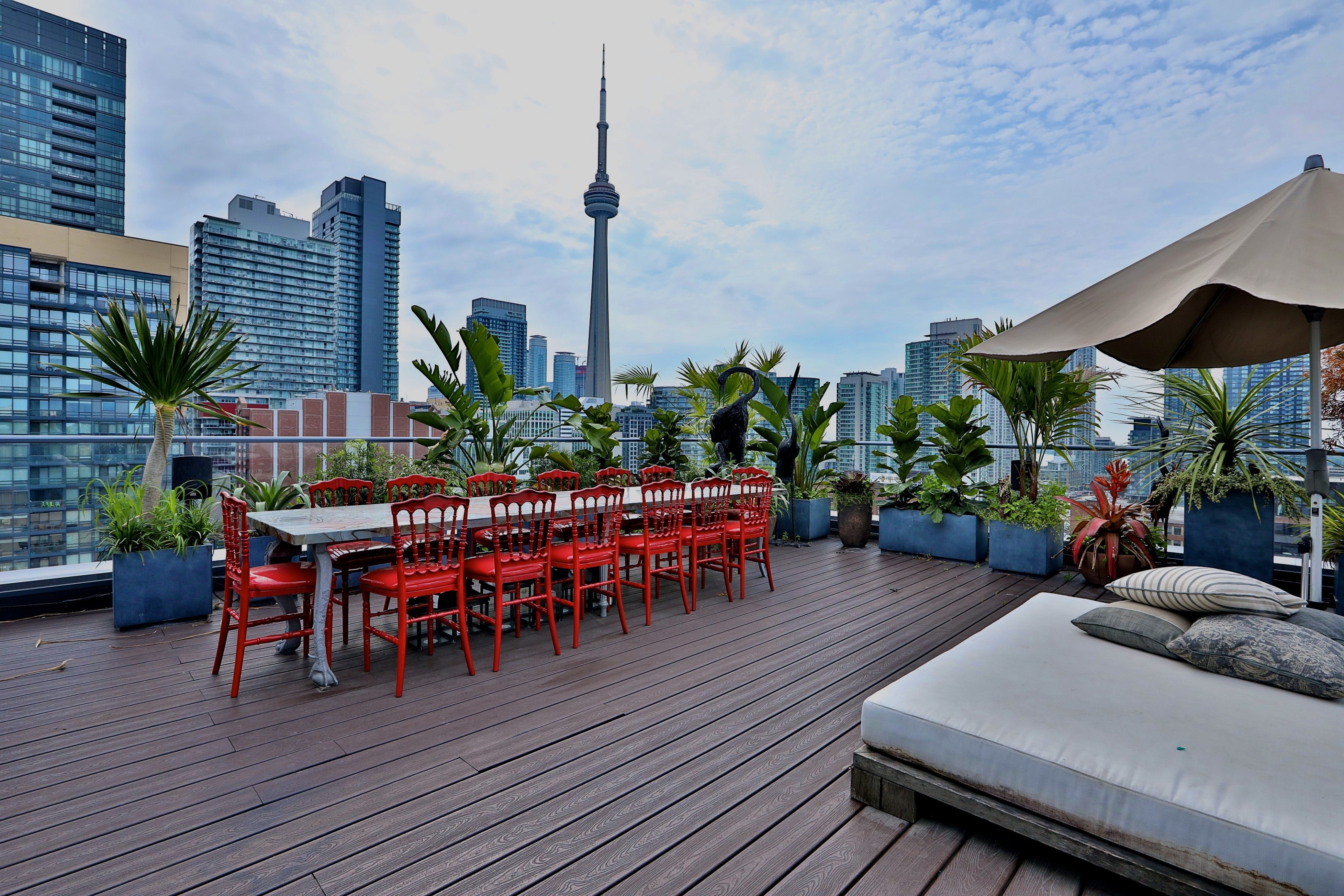 The interior design was done by Alessandro Munge, who has also designed many of Khabouth’s restaurants, including Weslodge and La Société. Munge’s company, Studio Munge, is also responsible for the interior design at Bisha.

Here’s a look at the interior of Khabouth’s penthouse. 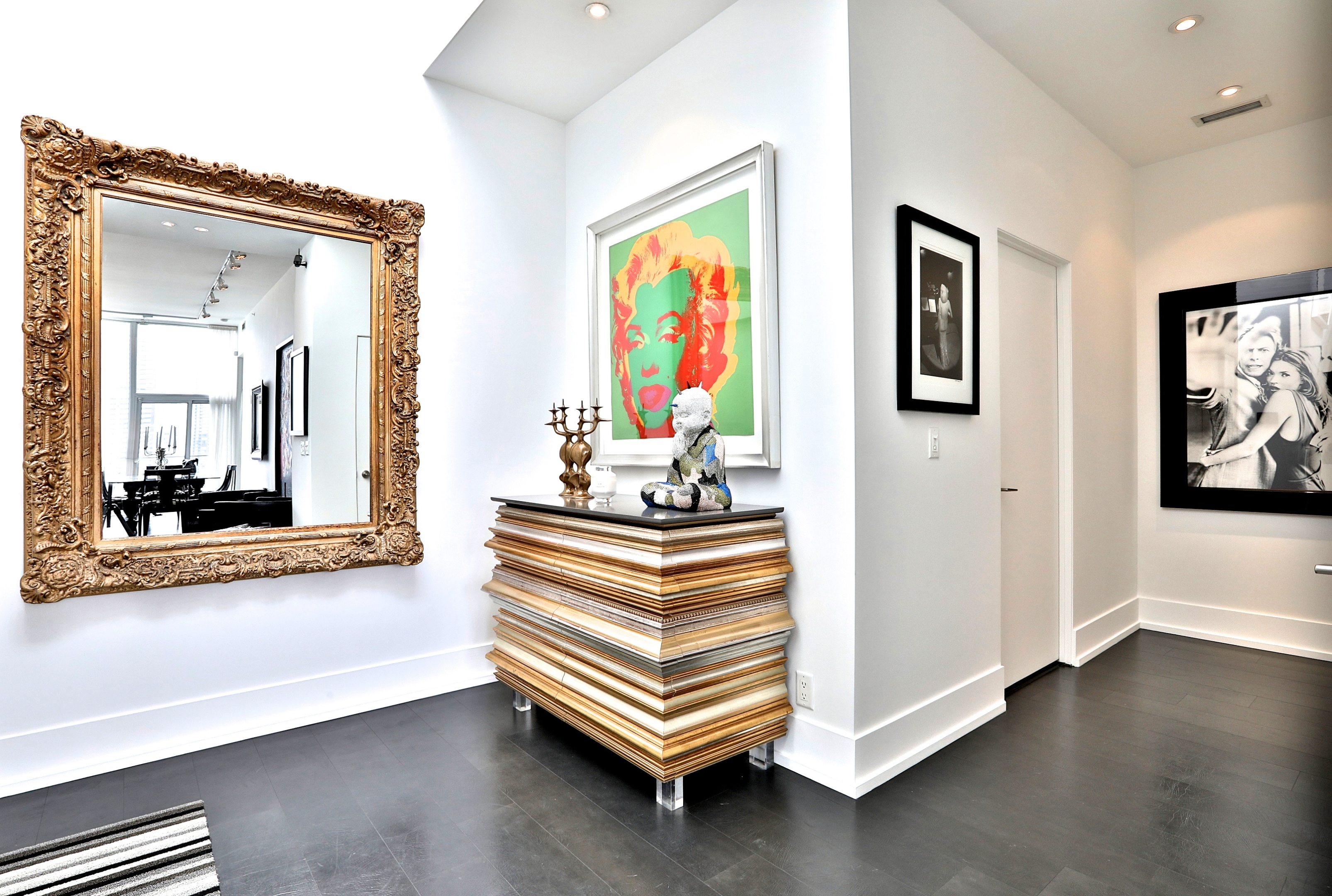 The living and dining area has black leather flooring: 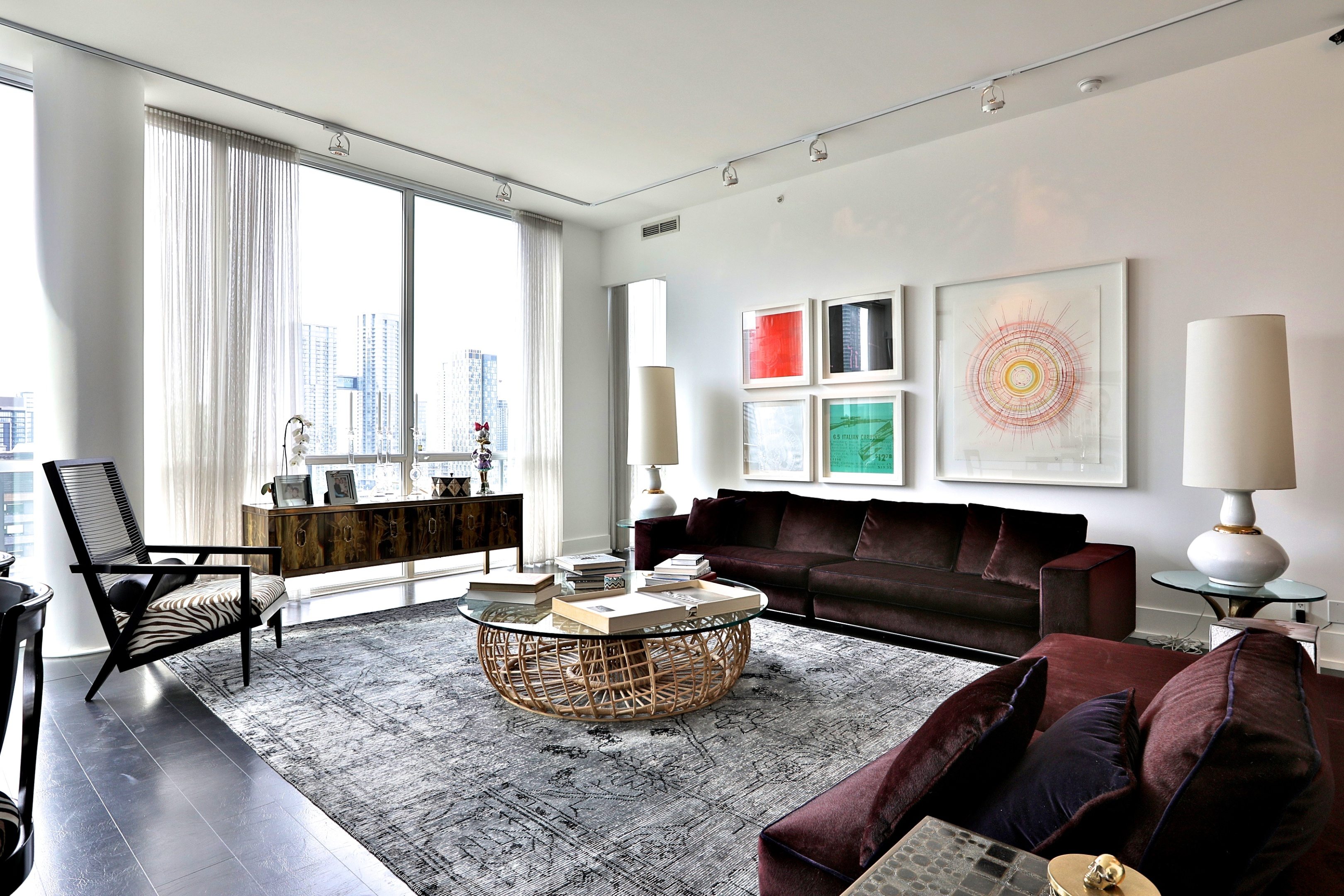 Khabouth says the leather flooring is “quite durable”: 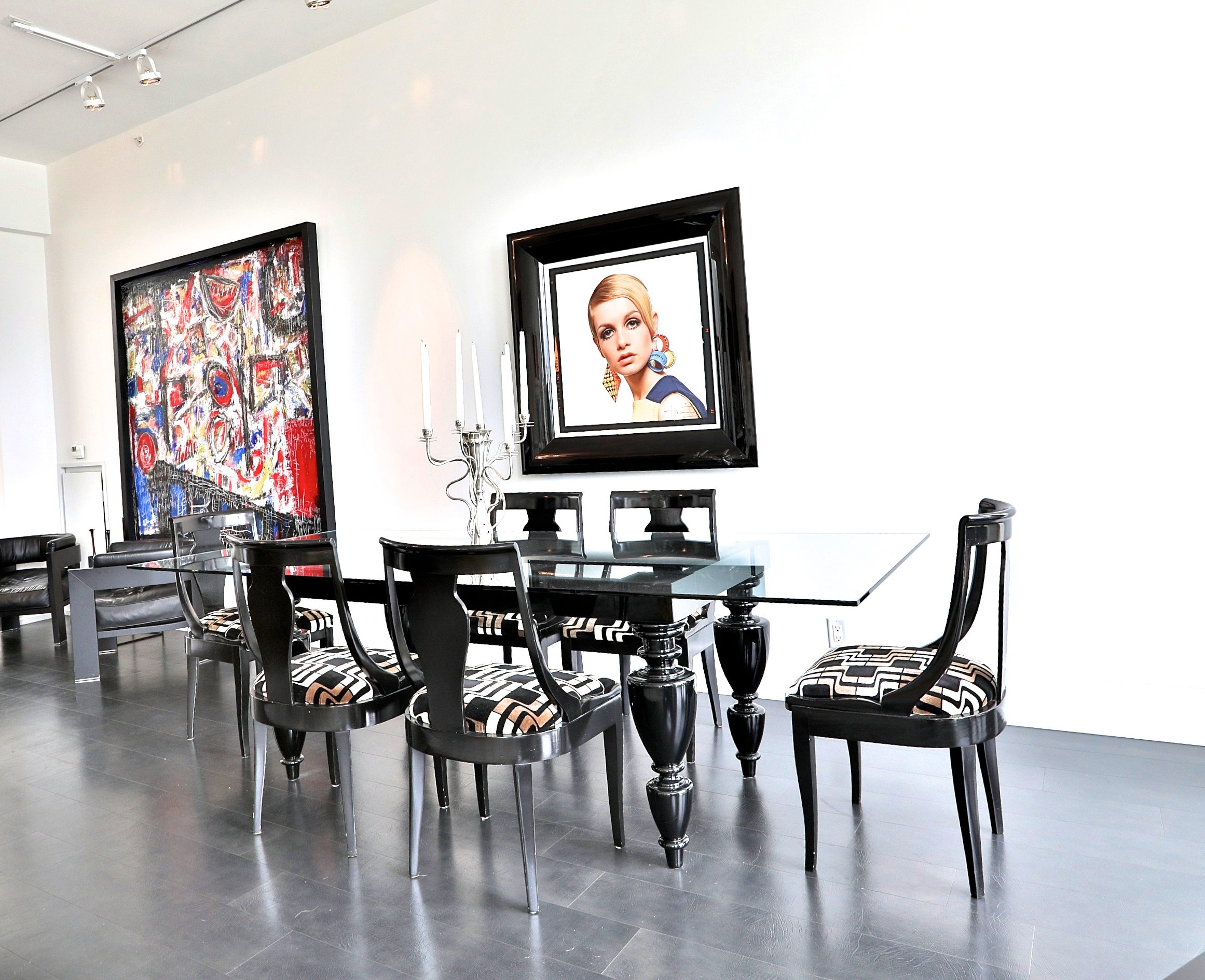 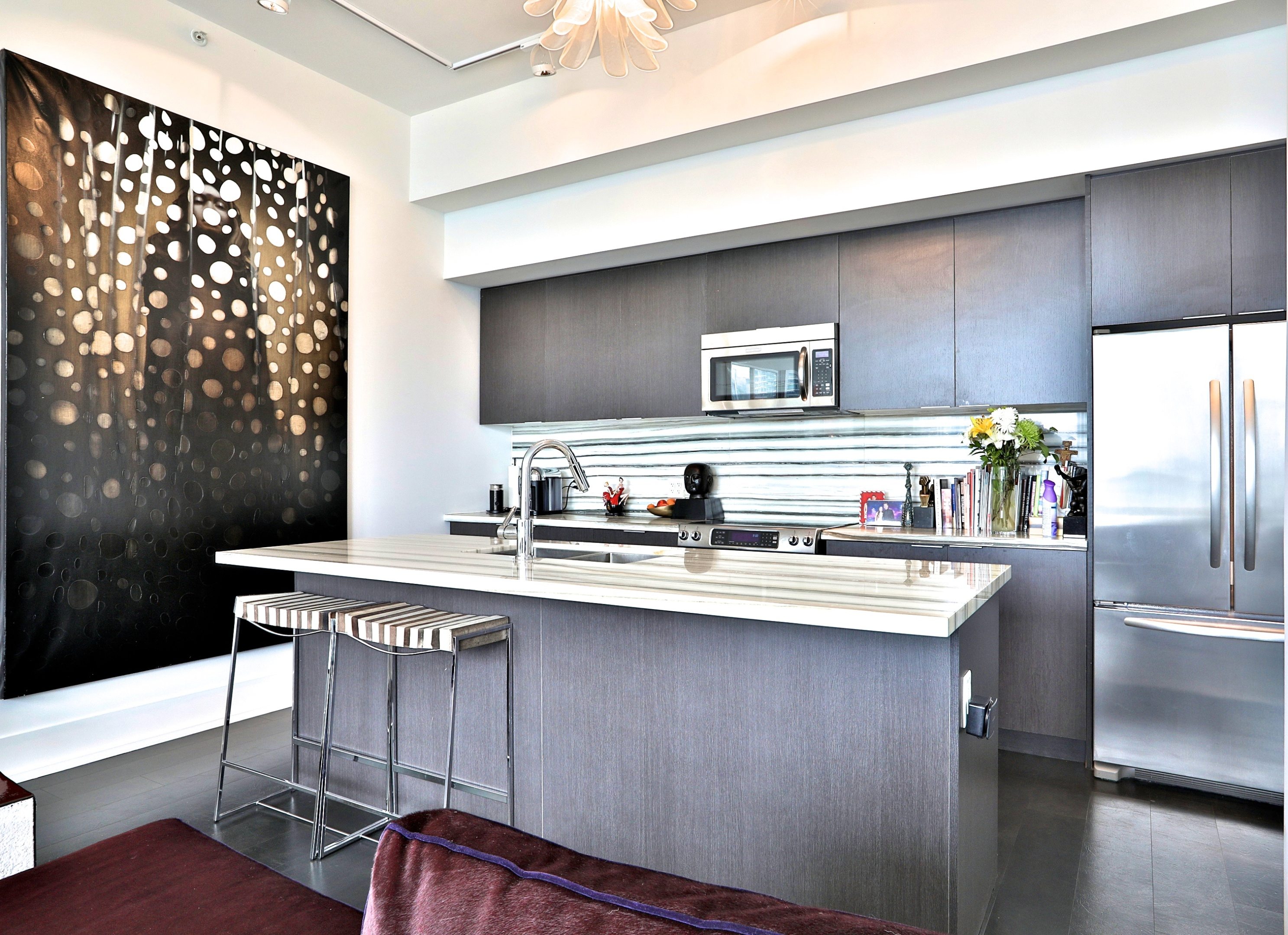 One of two bedrooms: 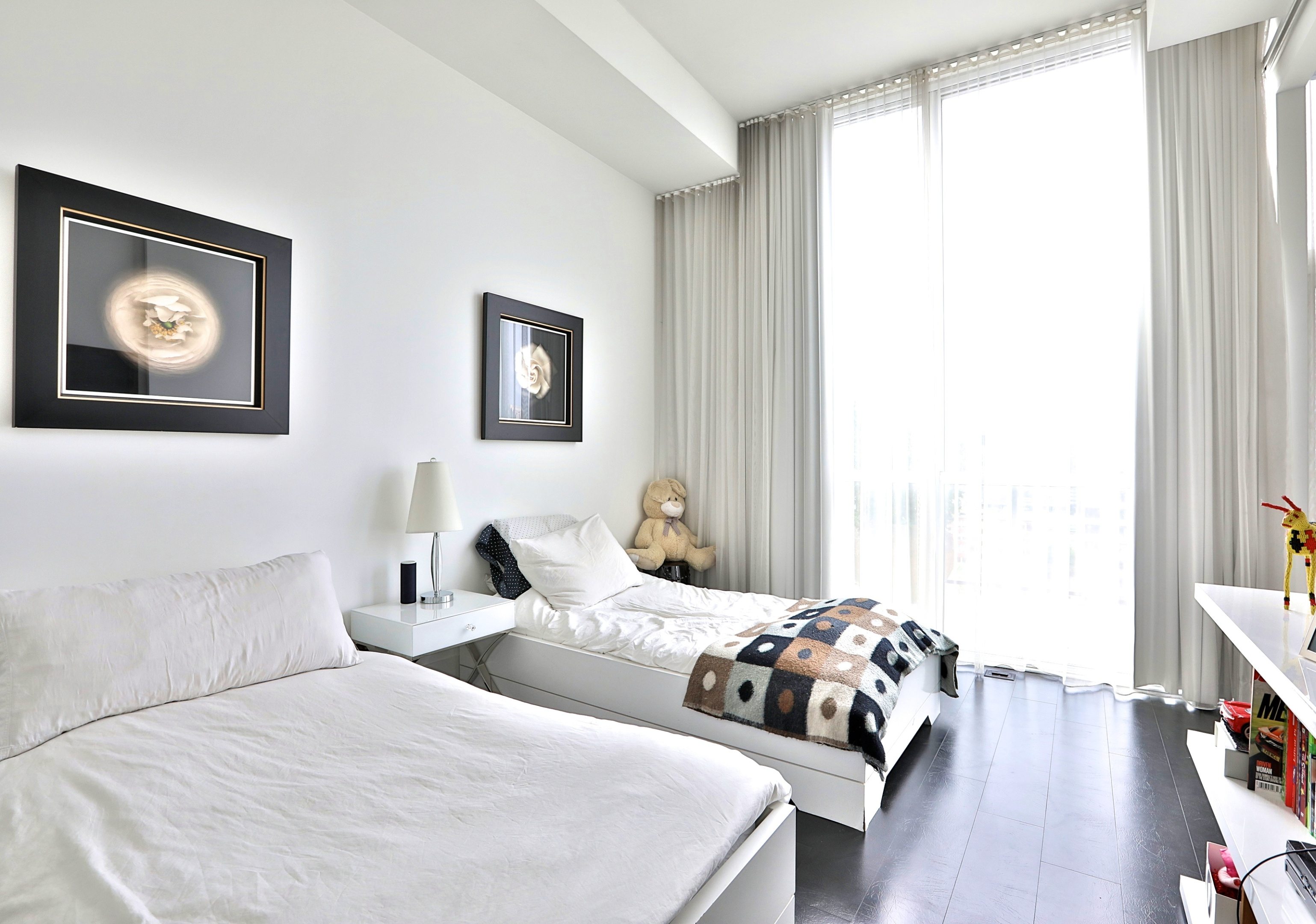 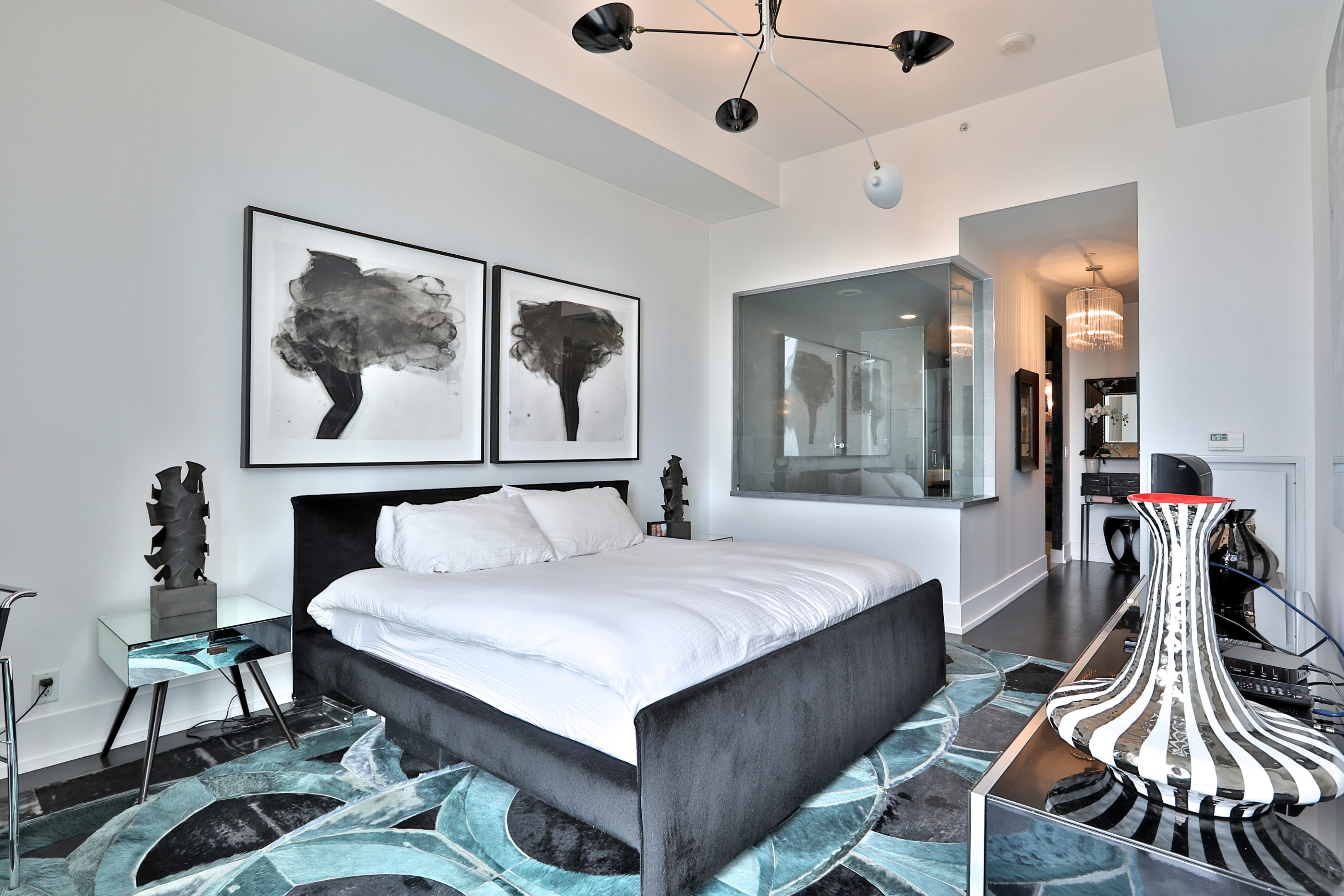 There are some Spencer Tunick photographs in the master bath: 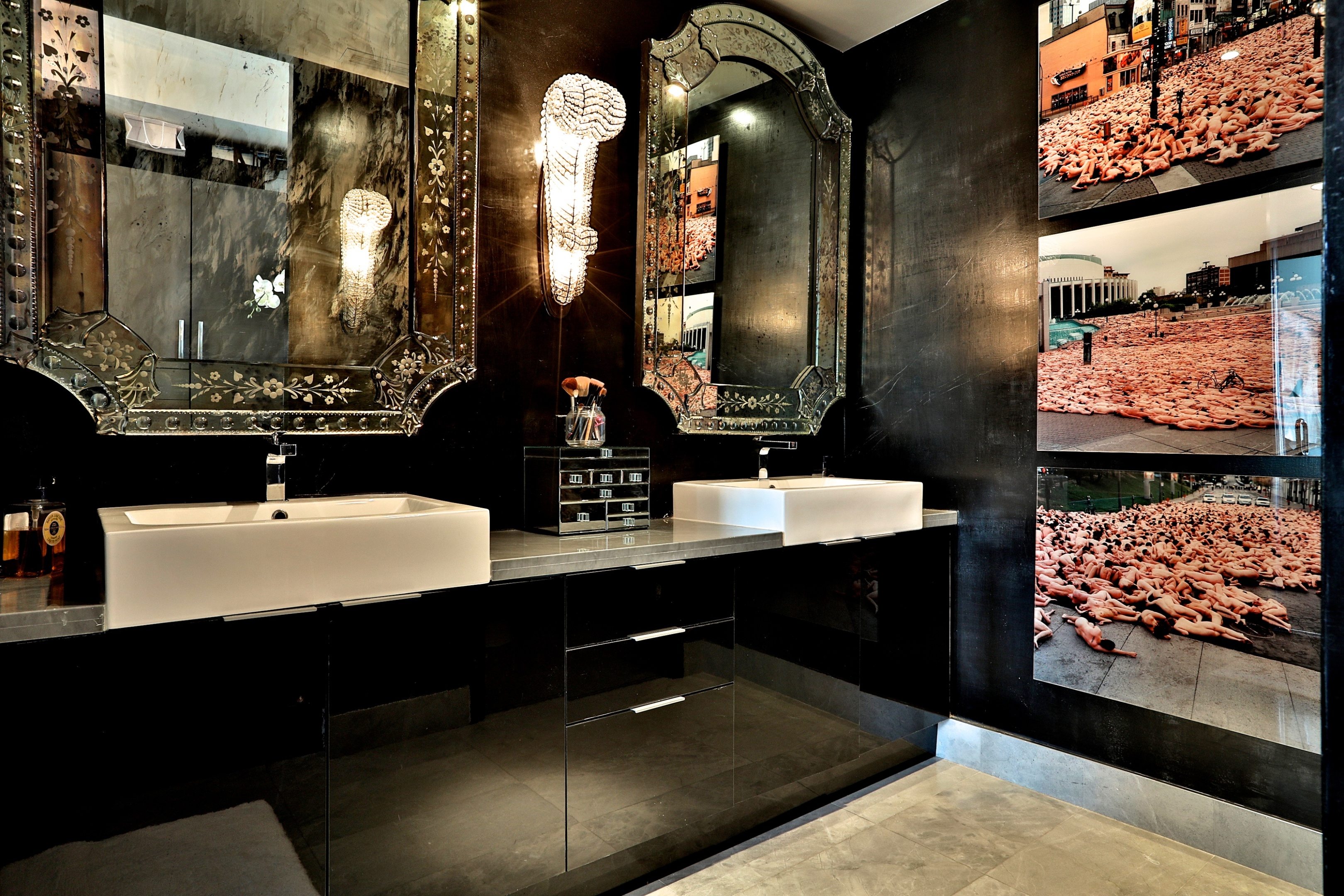 Here are the stairs to the rooftop deck. Khabouth added a stainless steel banister: 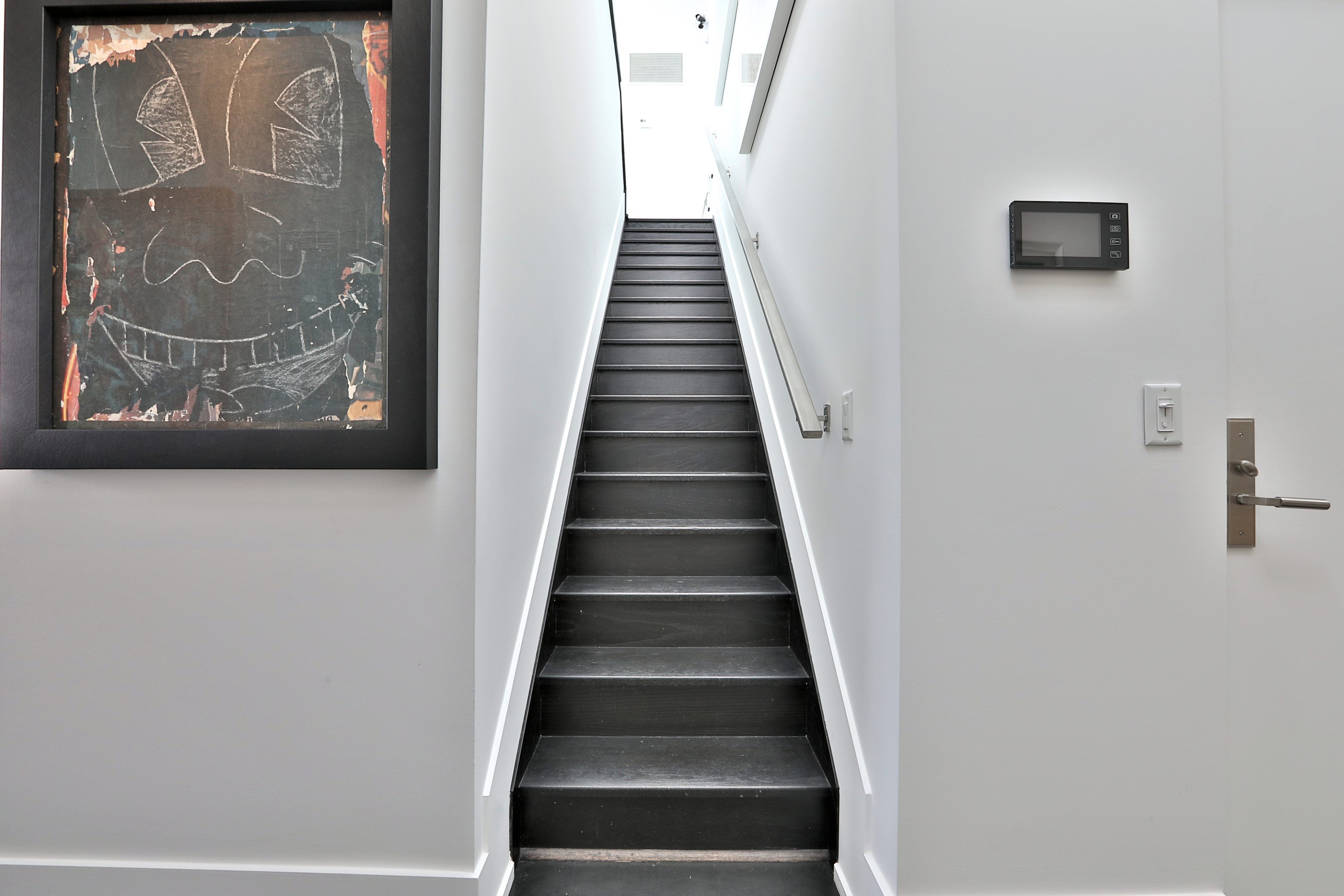