Airbnb of the Week: From $71 per night for an extremely eclectic home in Little Portugal

Airbnb of the Week: From $71 per night for an extremely eclectic home in Little Portugal A quirky laneway loft near Dundas and Dufferin inhabited by an artsy Toronto couple.

The decor is a mix of Ikea pieces, street finds, antiques and art. Most of the paintings are by the host or his mother, who also made the quilt on the couch. The massive red lantern was purchased in Chinatown in New York City: The piano was a recent gift from a CBC producer pal. They don’t know how to play, but plan to take lessons: Their painting studio is in an adjoining loft next door. They enter through a secret closet door: They brought the bed back from a trip to Buenos Aires: Here’s the kitchen. The couple’s goal is to fill every spare inch of wall with art (they’re certainly on their way): The bathroom has a bright red claw-foot tub: The host, a Toronto artist and co-founder of Lula Lounge, is a tenant here. He’s been renting the space since 2000. It used to function as his painting studio, gallery and performance space. But in 2004 he added a loft area and a bed, and now he lives here with his wife, a photographer. Just last year they painted the walls orange and red and wallpapered the bathroom. Though this place is their main residence, the creative pair travel frequently for work, often for a month or two at a time. They’re in New York for most of this summer and plan to spend the winter in Barcelona, so the loft will become available again in December.

The unconventional layout and homemade touches are unique. Guests may be reminded of childhood days spent building and playing in forts.

Privacy-loving couples will probably not be thrilled that neither the bedroom nor the bathroom have doors. 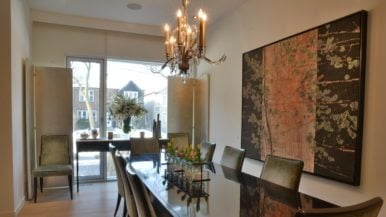 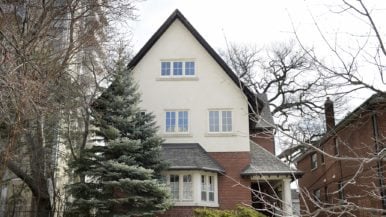 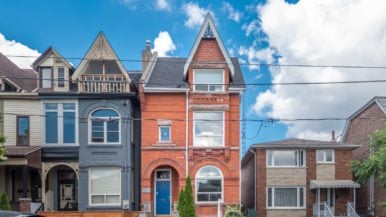 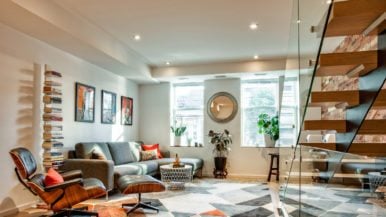 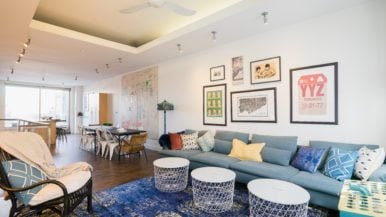 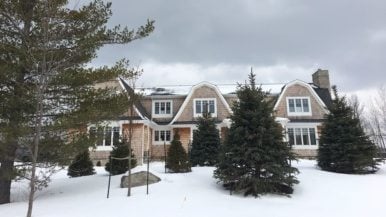