Airbnb of the Week: $75 per night for an urban cottage with a wood-burning stove

Airbnb of the Week: $75 per night for an urban cottage with a wood-burning stove 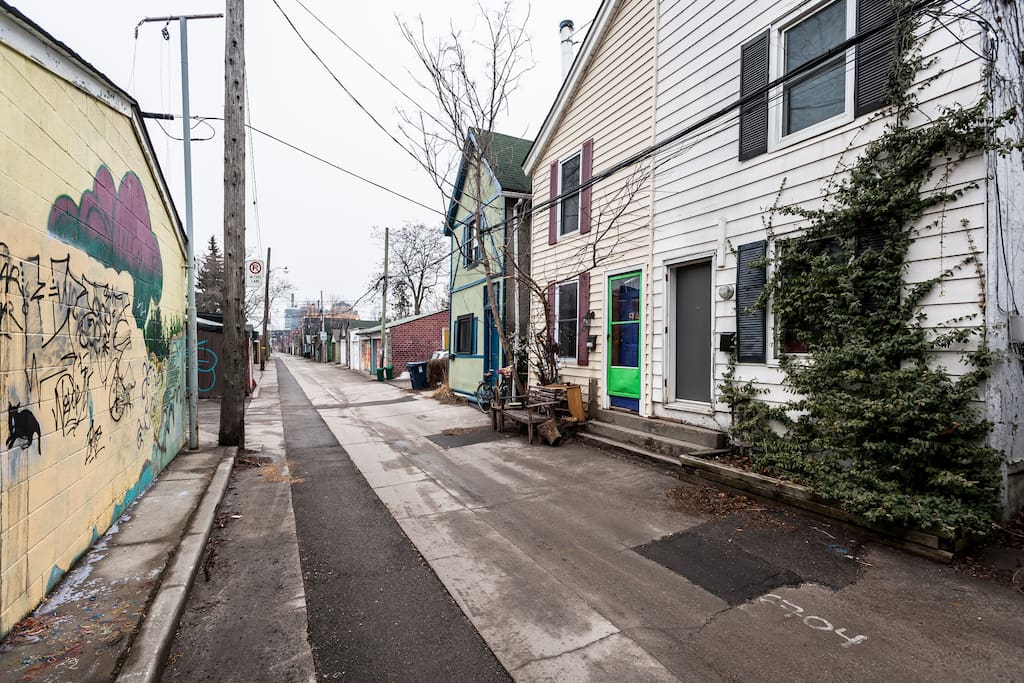 A rustic, homey laneway cottage with some fiery history.

The home was built at the turn of the century, originally as a “warm bed house,” in which migrant workers constructing the brick houses on Brunswick Avenue would sleep between shifts. The current owner, a yoga teacher, has been living here with her daughter for 23 years. They call it the “gnome home”. A previous owner in the 1980s built a rear addition.

Inside, the front door opens directly onto the living room: 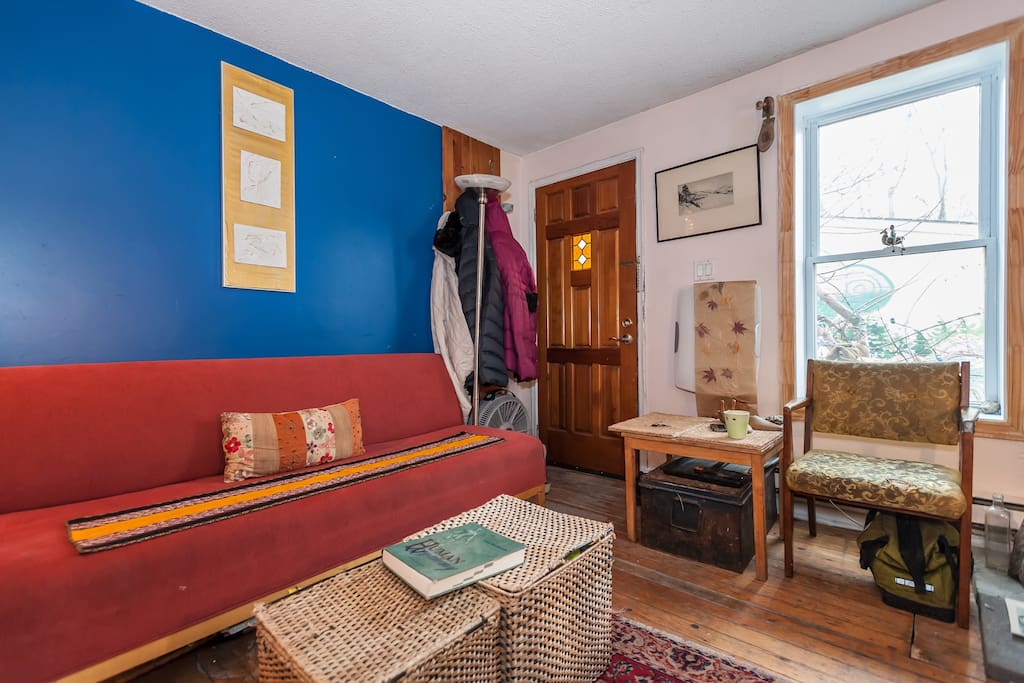 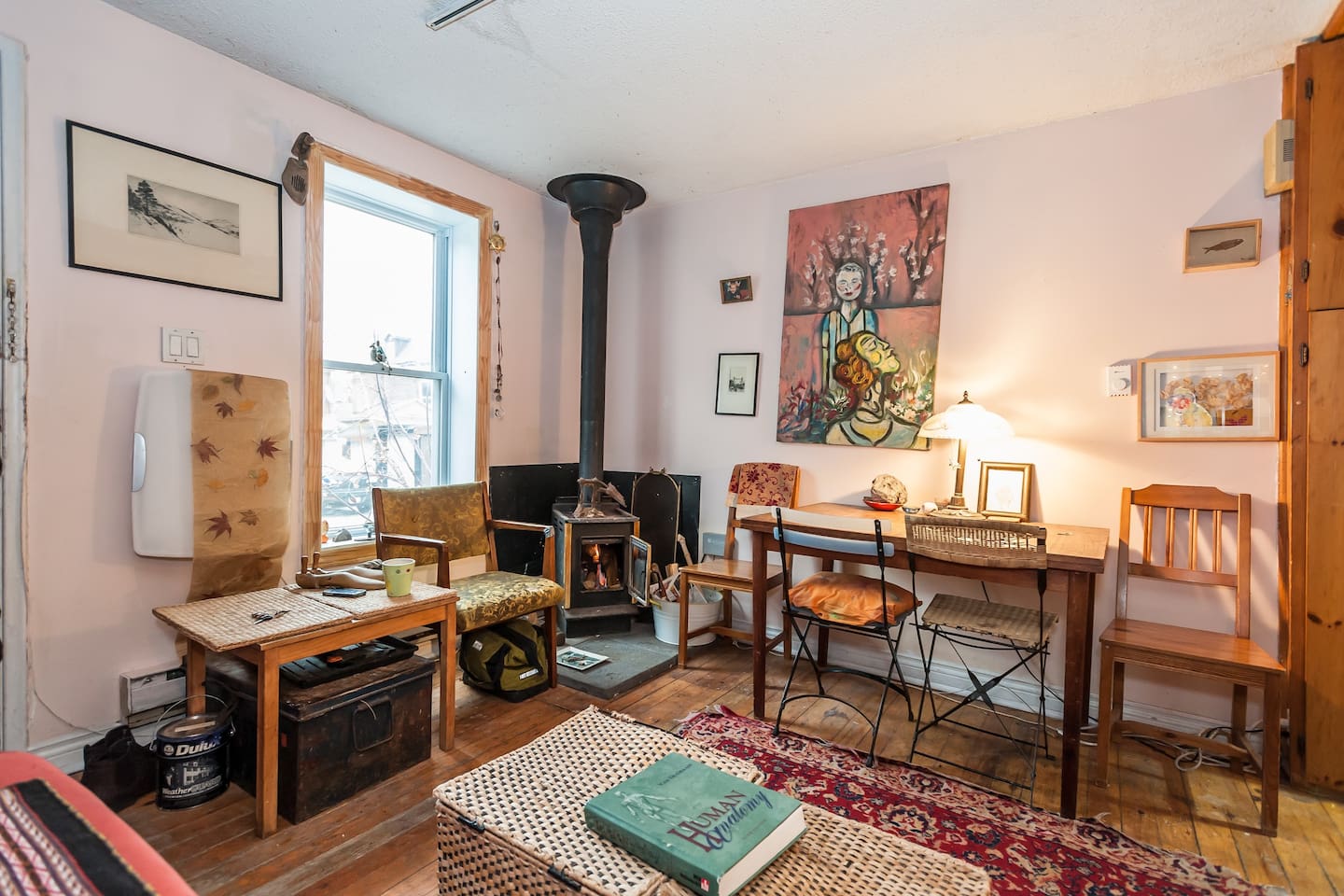 Up the stairs are two bedrooms and the bathroom. The floors are original: 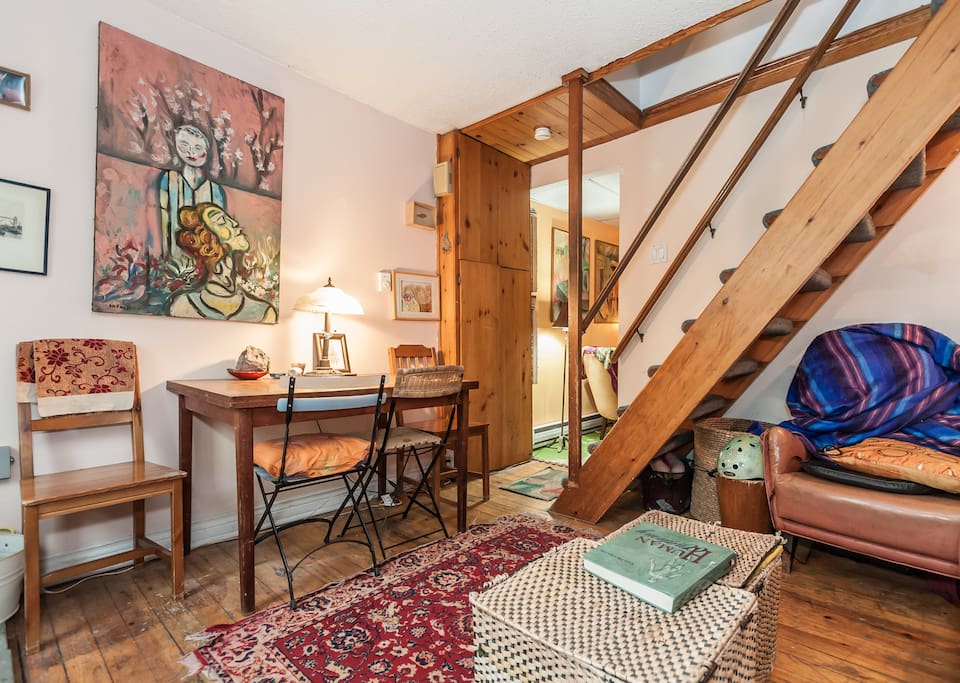 This bedroom has a loft that’s accessed by a ladder: 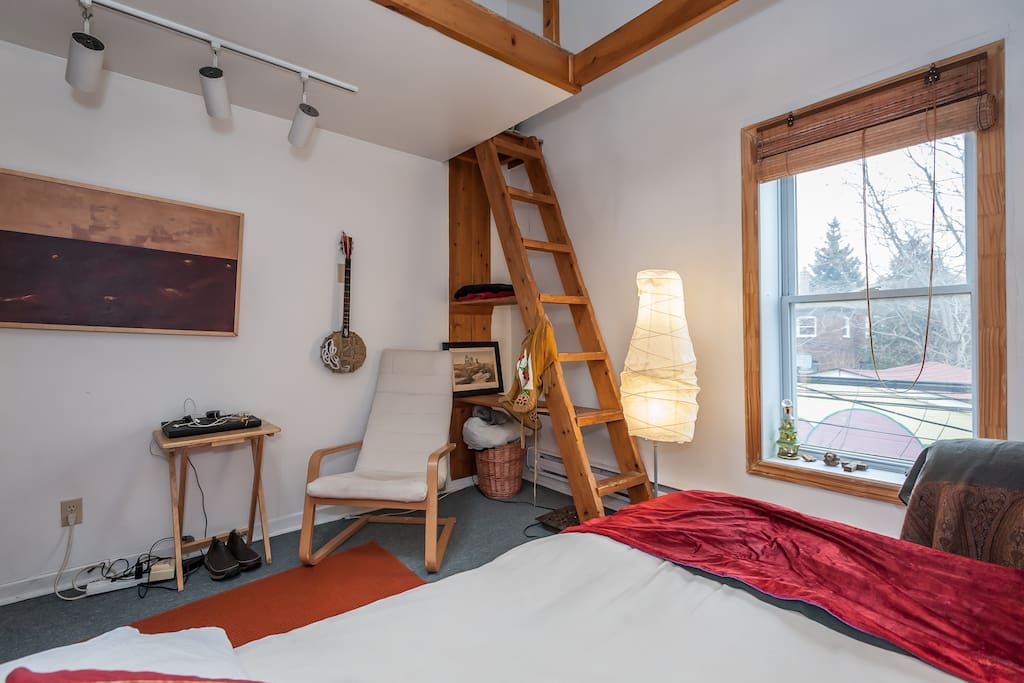 There’s a single bed up here, too (the host has fashioned a curtain to block the sun from the skylight): 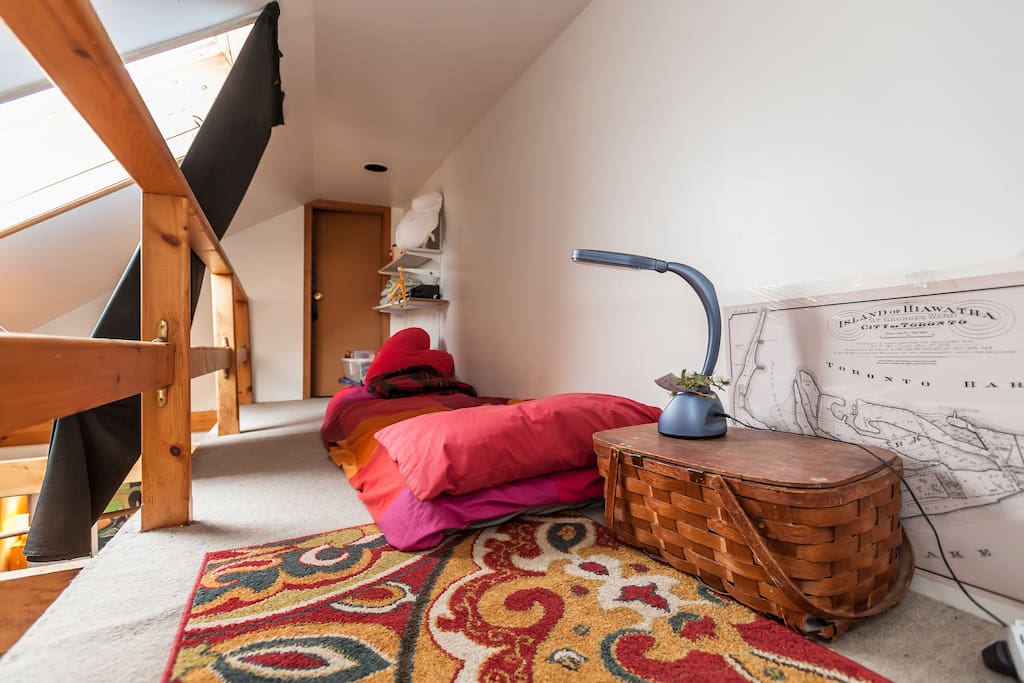 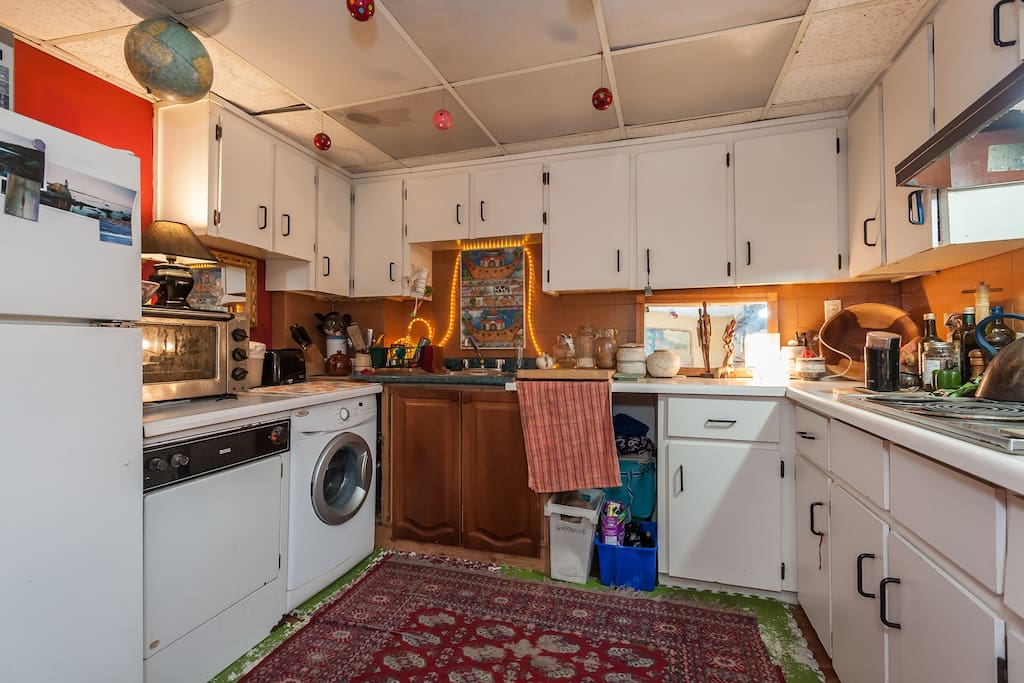 The second bedroom is currently being used as a yoga space (that’s a yoga swing), but also has a queen-sized Murphy bed: 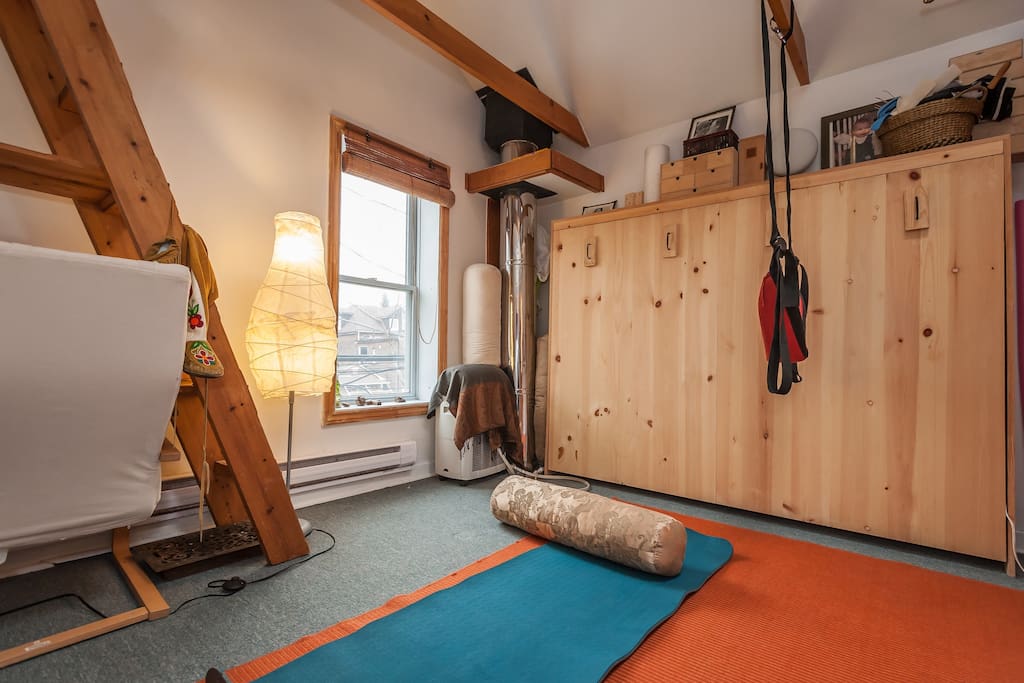 With rustic touches and loft space, the place is a little bit like camping in the city.

If you’re searching for “luxury accommodation,” this isn’t it.