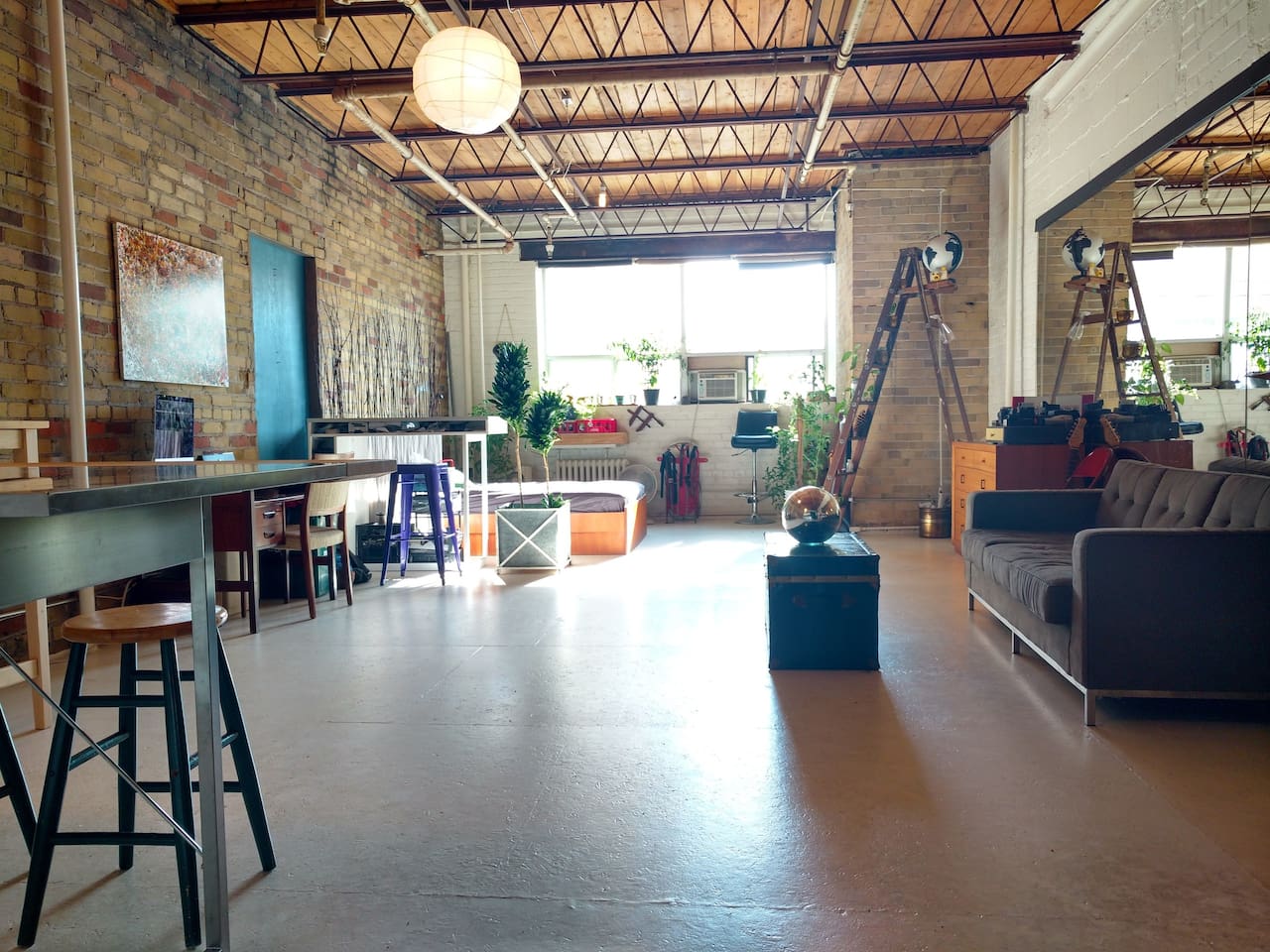 A roomy loft inside a historic building slated for demolition.

The building, over a century old, once belonged to the J.D. Carrier Shoe Factory. It was converted into lofts soon after the factory closed down, and this particular unit used to be a dance studio. The host, a freelance media producer who travels frequently, has been renting his ground floor unit for the past two years. The building may not be around for much longer: a developer has applied to rezone the entire block to permit the construction of a multi-tower residential community.

A wall of mirrors remains from the unit’s dance studio days: 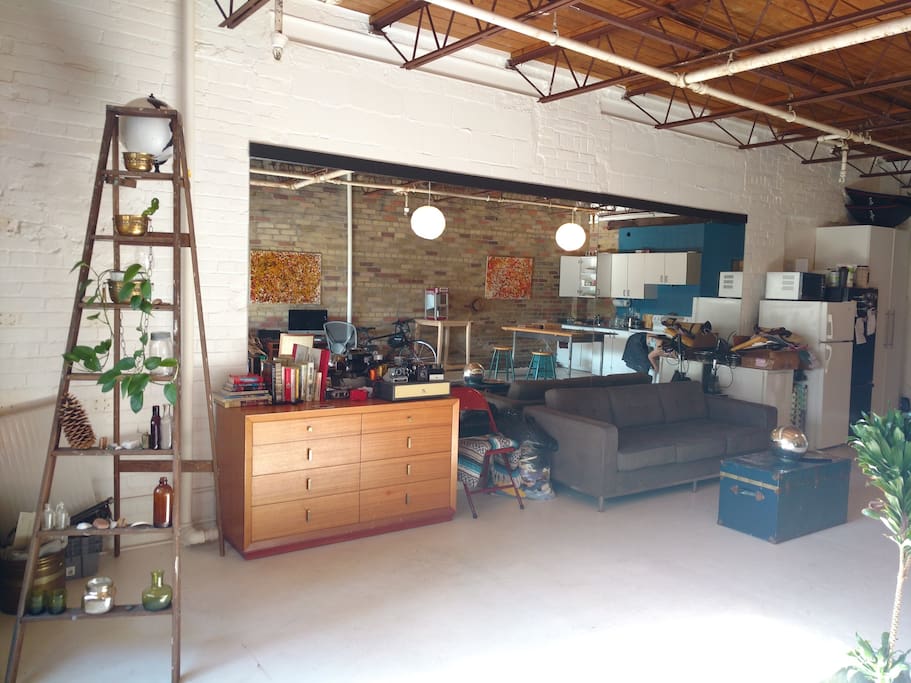 There’s no defined bedroom. The brick is original to the building:

The queen-sized bed gets some serious natural light: 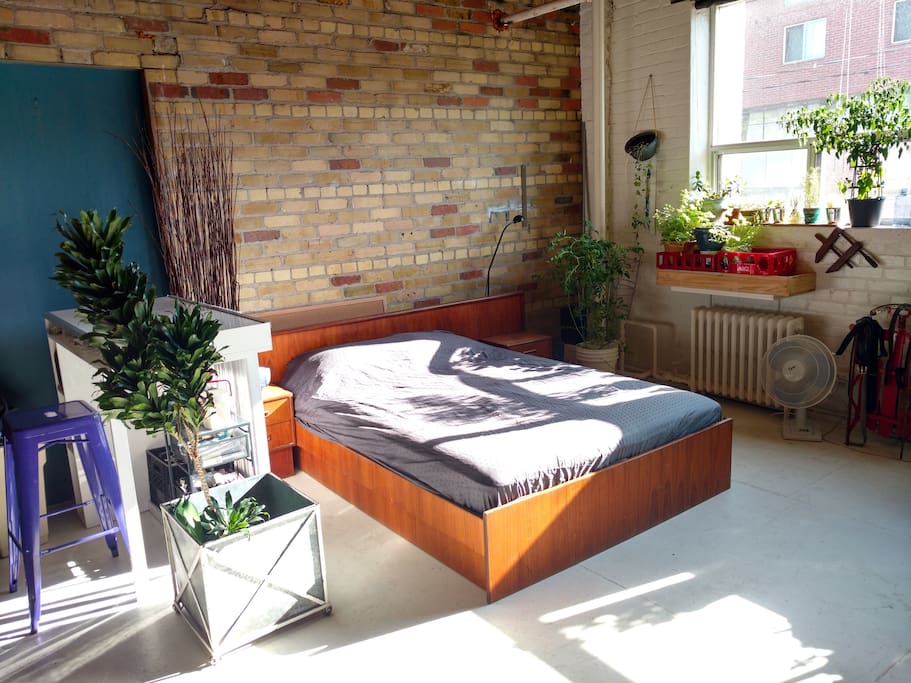 The host describes his decorating style as “eclectic”: 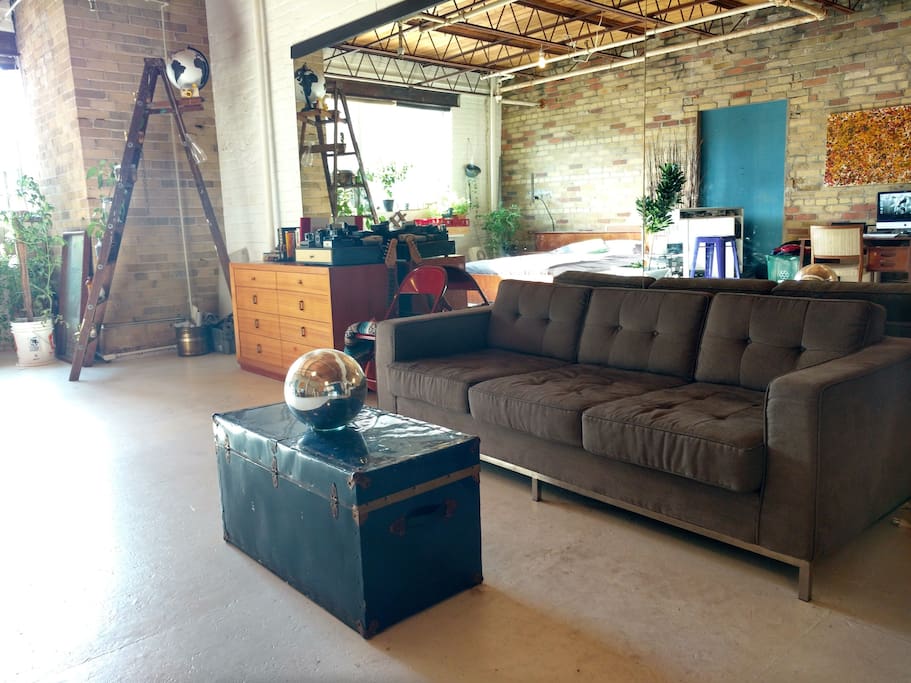 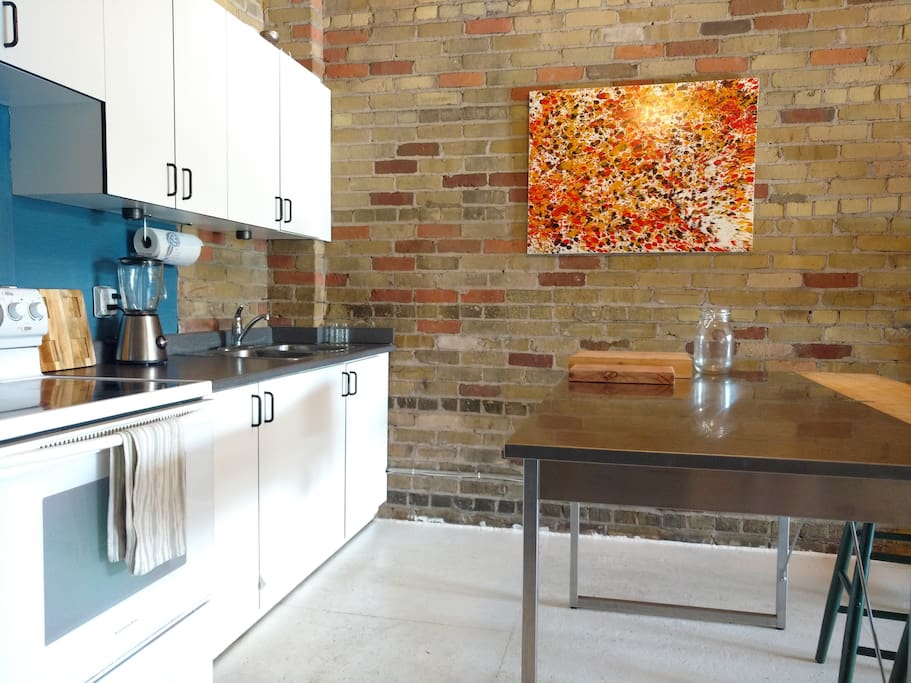 Guests love all the greenery and antique touches, like this ladder: 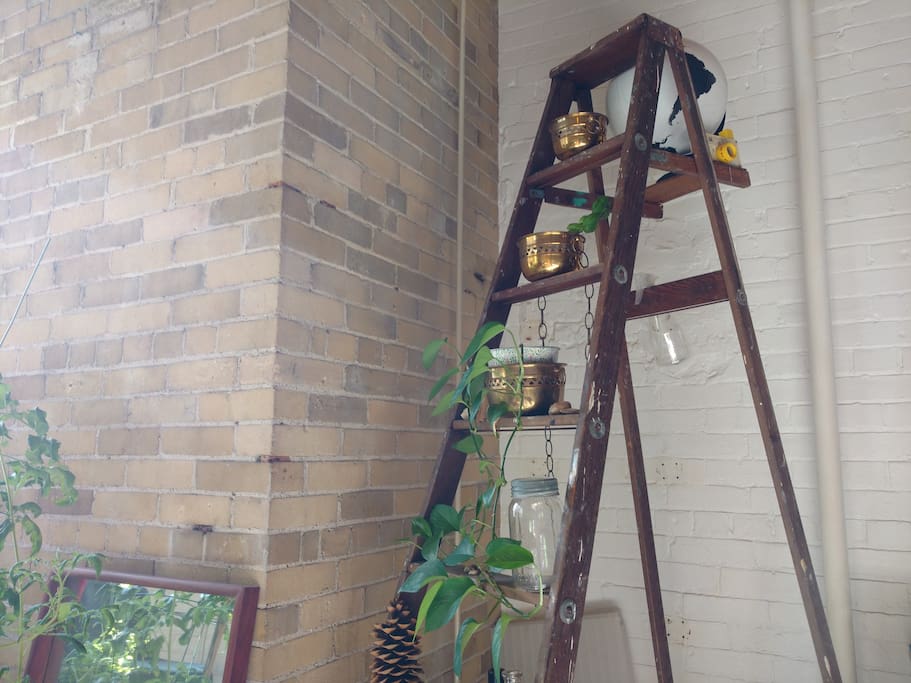 Since the unit is directly above the building’s boiler room, the floors feel like they’re heated. And if, for some reason, you’ve always dreamed about sleeping where they used to craft leather boots for World War Two, this may be your last chance to do so in Toronto.