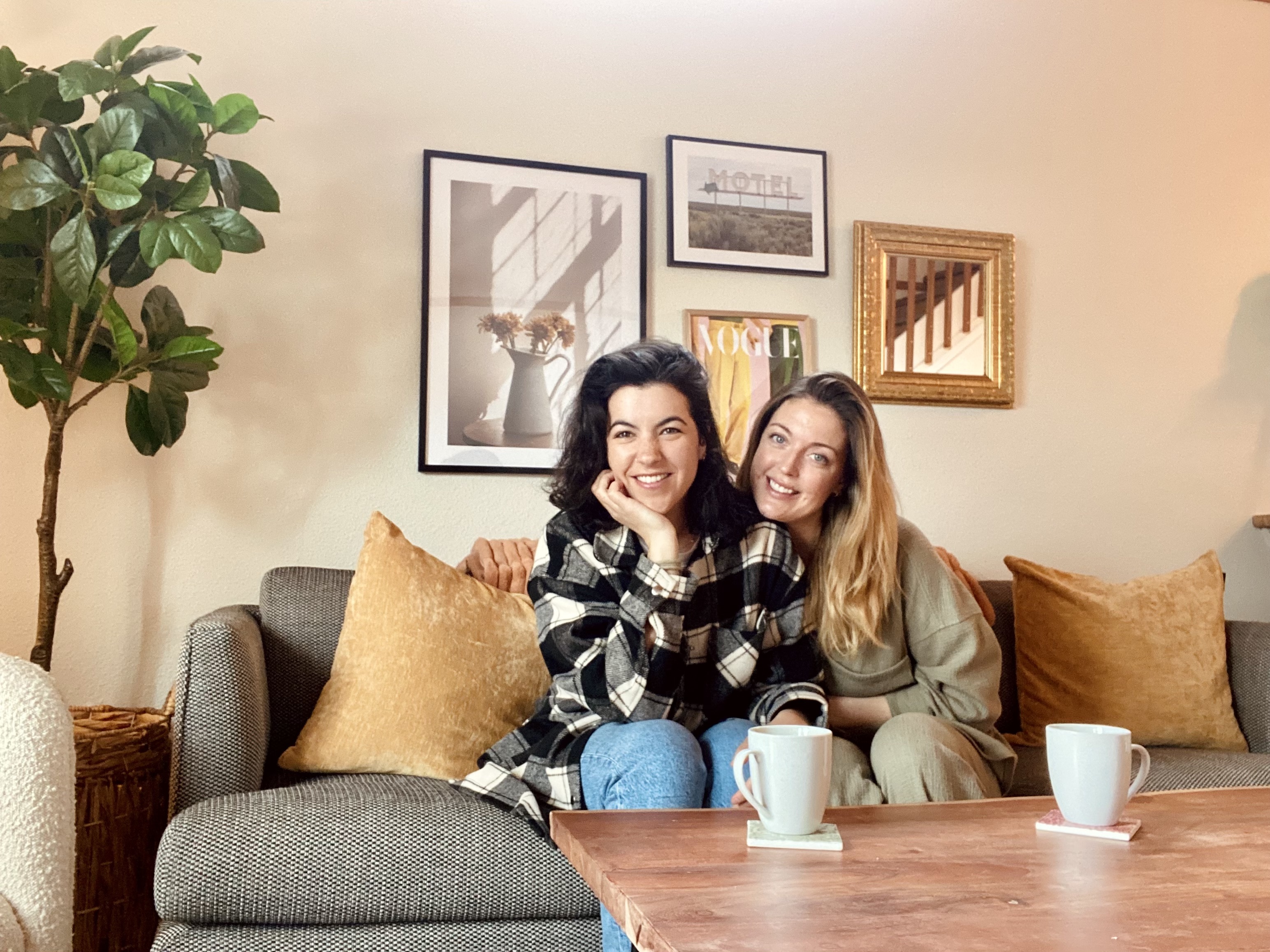 Who: Jessie Darroch, 32, director of talent acquisition at CrowdRiff; and Maya Shankman, 30, human resources at Sampler

Located on the third and fourth floor of a century-old Victorian home, Jessie and Maya’s condo has a fireplace, back patio and vaulted ceilings—and the couple has decorated it with a funky, eclectic vibe.

The couple loves everything about their neighbourhood—the food, the bars, the beer, the music, the people—and have no intention of leaving the city.

“We love Toronto,” said Maya. “Our roots are here, we were born in the surrounding areas or in the city, our friends and family are here. It’s a fantastic city. We don’t see ourselves leaving anytime soon.”

For the last few years, the couple have kept an eye on the housing market, but saw prices rise higher and higher. Ultimately, they decided that buying would prohibit them from doing the things they love, like travelling, going to live music shows and eating out for dinner.

“We felt like if we pulled the trigger and bought a $1-million home in Toronto, it would significantly impact our quality of life and we’d feel house poor,” said Jessie.

Then the pandemic hit and Maya lost her job. They knew that they wouldn’t be able to afford a place in Toronto that would be big enough, especially considering they had just gotten a dog and hope to have kids one day.

So the couple put buying on the back burner and planned a trip out west in April 2021. They visited a bunch of towns across British Columbia—Tofino, Euclid and Nelson—and couldn’t resist picturing what it would be like to buy property there.

Kimberley, a ski town of 8,000 people a few hours southwest of Banff—where Jessie has a cousin, aunt and uncle—was as beautiful as it was different from their lives in Toronto.

“I started waking up early. We’d go on hikes, we’d go explore lakes, we’d play multiple rounds of golf on Sundays, and then I’d be in bed by nine and that felt fantastic,” said Maya. “The stark difference in lifestyle felt really nice.”

Jessie and Maya decided to extend their stay but were shocked at how much it cost to rent a vacation home.

“It’s such a cute, quaint little town but you would expect to get an Airbnb for under $100 a night for sure,” said Jessie. “That was not the case.”

They ended up paying $4,000 for six weeks in an Airbnb. During the trip, a thought crossed their minds.

“This Airbnb host is raking it in because of us. We really liked Kimberley, and Jessie was curious about what the real estate scene was like there, so she started looking,” said Maya.

The hunt: The couple loved the area their Airbnb was in—it was ski-in and out, had great access to hiking trails in the summer—and checked out real estate prices in the area.

“I started to look into these condos and calculated how much we’d be paying for a mortgage per month if we bought one of these places. It was the same as what we were paying for two nights to stay at this Airbnb,’” said Jessie.

Jessie and Maya hired a real estate agent and started looking for condos that were dog-friendly and that allowed Airbnb rentals.

They visited a few places, but nothing stuck. Then, they visited a condominium built in a former motel and were smitten.

“We walked in and we were like, ‘The bones of this place remind us of our home in Toronto,’ ” said Maya. “It was a loft, it was open concept, but it was two-bed, two-bath, and facing the Rocky Mountains on a ski hill. So we were like, ‘This is the one.’ ”

The couple prepared their bid and entered into a bidding war.

“It’s probably the tip of the iceberg of what some people experience in Toronto, because the stakes are so much higher there, but it was still stressful,” said Maya.

The couple returned home dejected in June 2021. “We were like, ‘We will never find a place we love as much as that place,’ ” said Maya.

A day after returning home to Toronto, Jessie got a text message from her cousin in Kimberley, telling her to look at a new listing on Facebook Marketplace. Another two-bedroom condo in the condominium they visited was up for a private sale.

They immediately contacted the seller and got a tour via Zoom, though the woman giving them the tour struggled to show them much of the apartment beyond the inside of the fridge.

Despite not getting a great look at the condo, the couple put in a bid the next morning, without the help of a real estate agent. Jessie also made an emotional plea to the seller about how buying would help unite her family as her dad would be able to see his sister more often.

Their bid was accepted at $210,000, and they were thrilled. “We’ve never seen the place. We started thinking, What happens if all these things are wrong with it? So there was a bit of anxiety, but I’d say overall we were excited,” said Jessie.

The process was the same as buying a home in Toronto, though they weren’t eligible for the first-time home buyers rebate and had to pay for the land transfer tax.

The outcome: In October 2021, Jessie and Maya flew to Kimberley to see their condo for the first time—and weren’t overly impressed.

“It was carpeted. It was fully furnished, and there were a lot of old couches,” said Jessie. “We had a very large La-Z-Boy chair, things built in weird ways. And, oh, the walls were blue.”

The couple spent two weeks ripping out the carpet, cabinets, and a built-in desk, and throwing out all of the furniture.

Then they painted the walls white and added vinyl flooring. Finding furniture they liked was a challenge, but they managed to find items in nearby Cranbrook and on Facebook Marketplace, including a black and white tweed couch and a white swivel chair that Maya loves.

In all, they spent $21,000 on renovations, which included replacing the furnace. 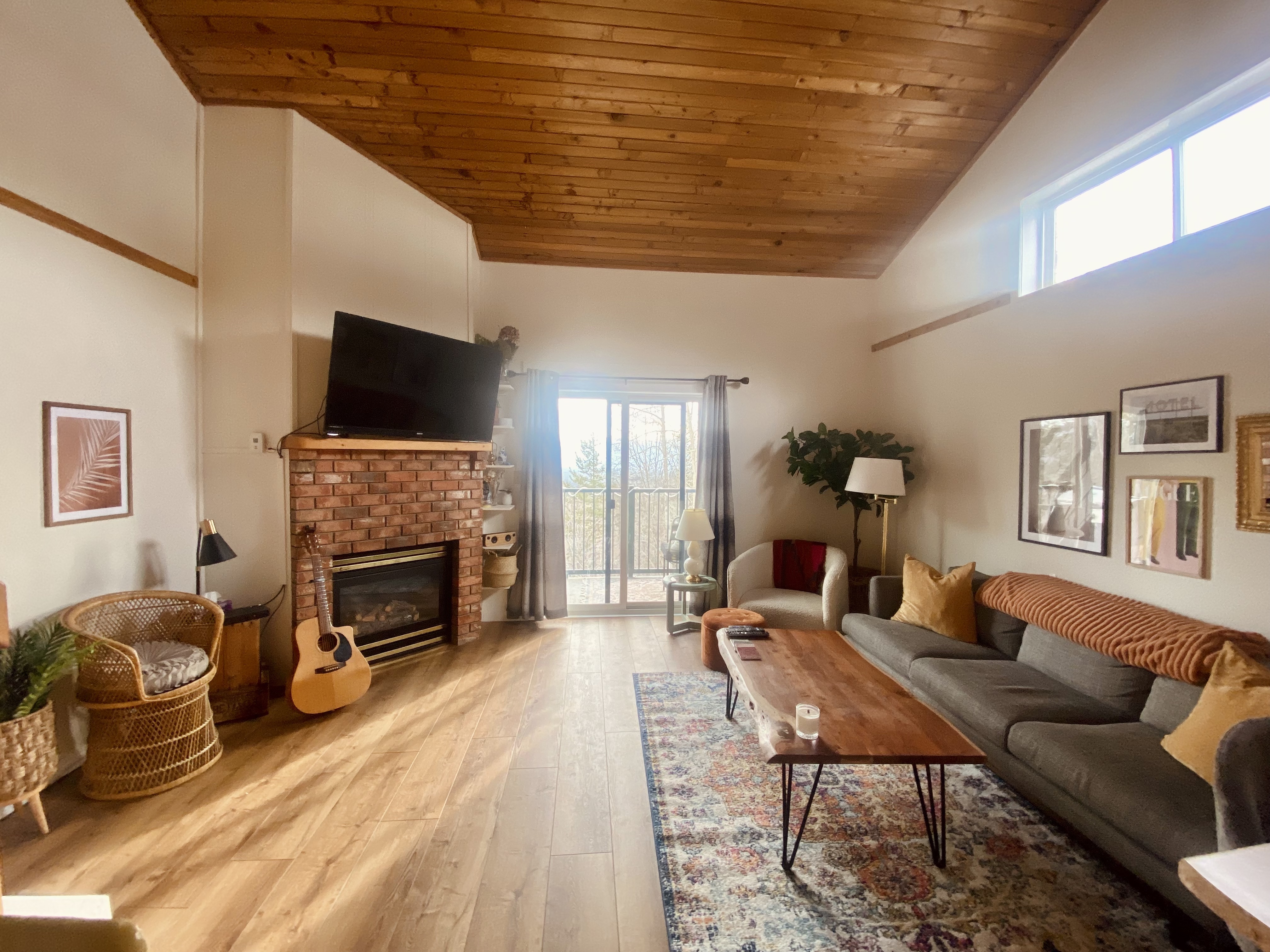 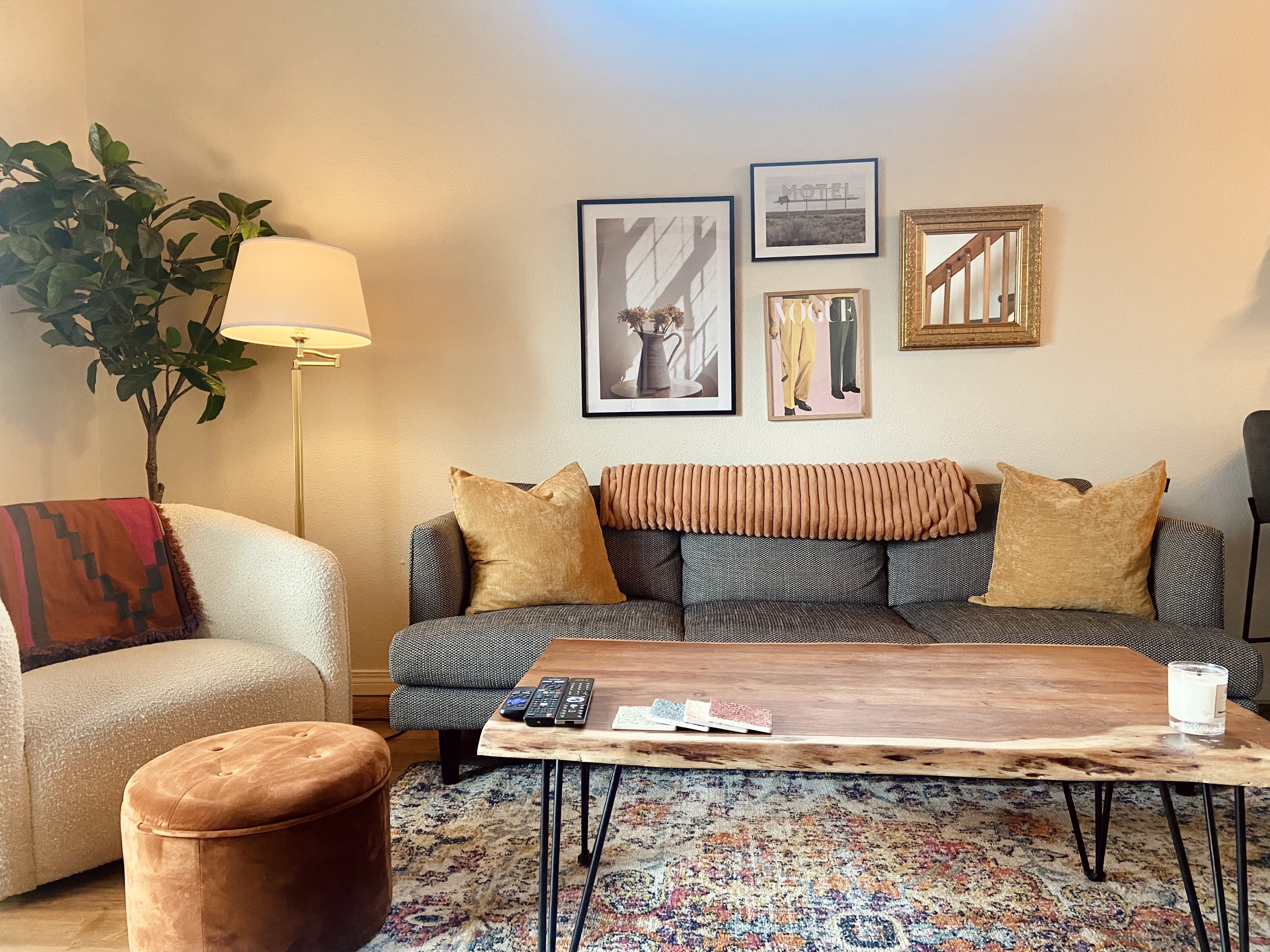 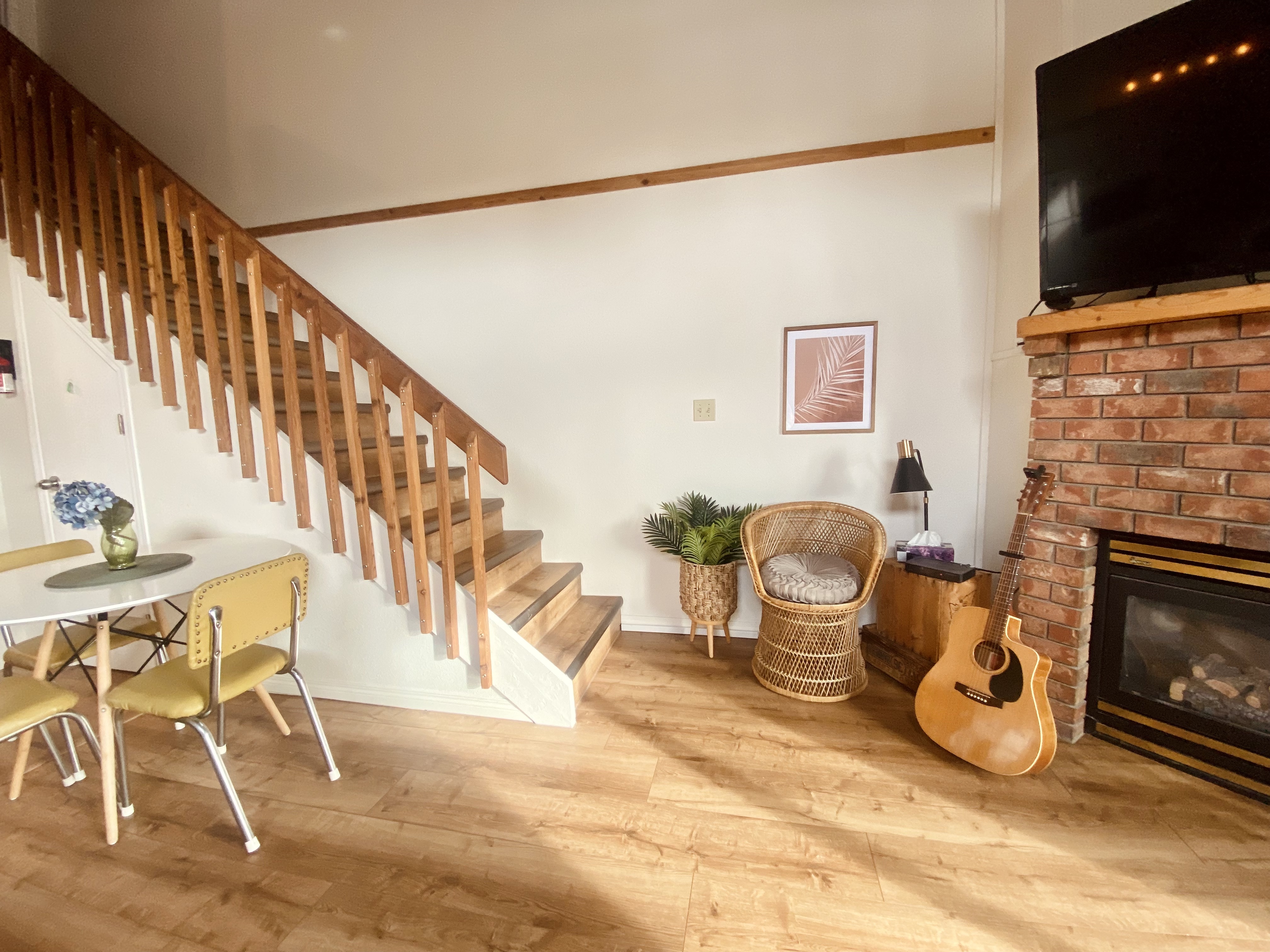 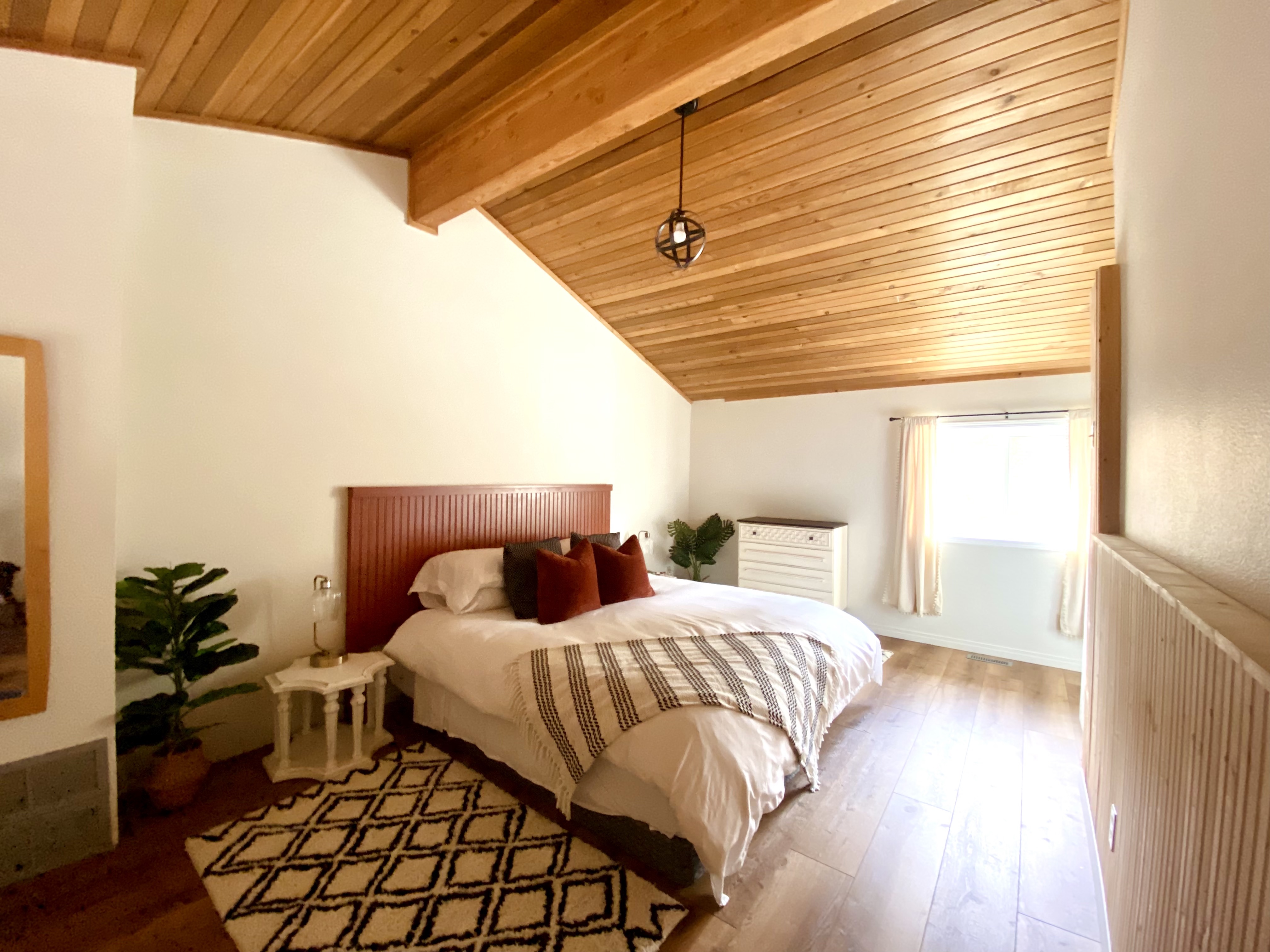 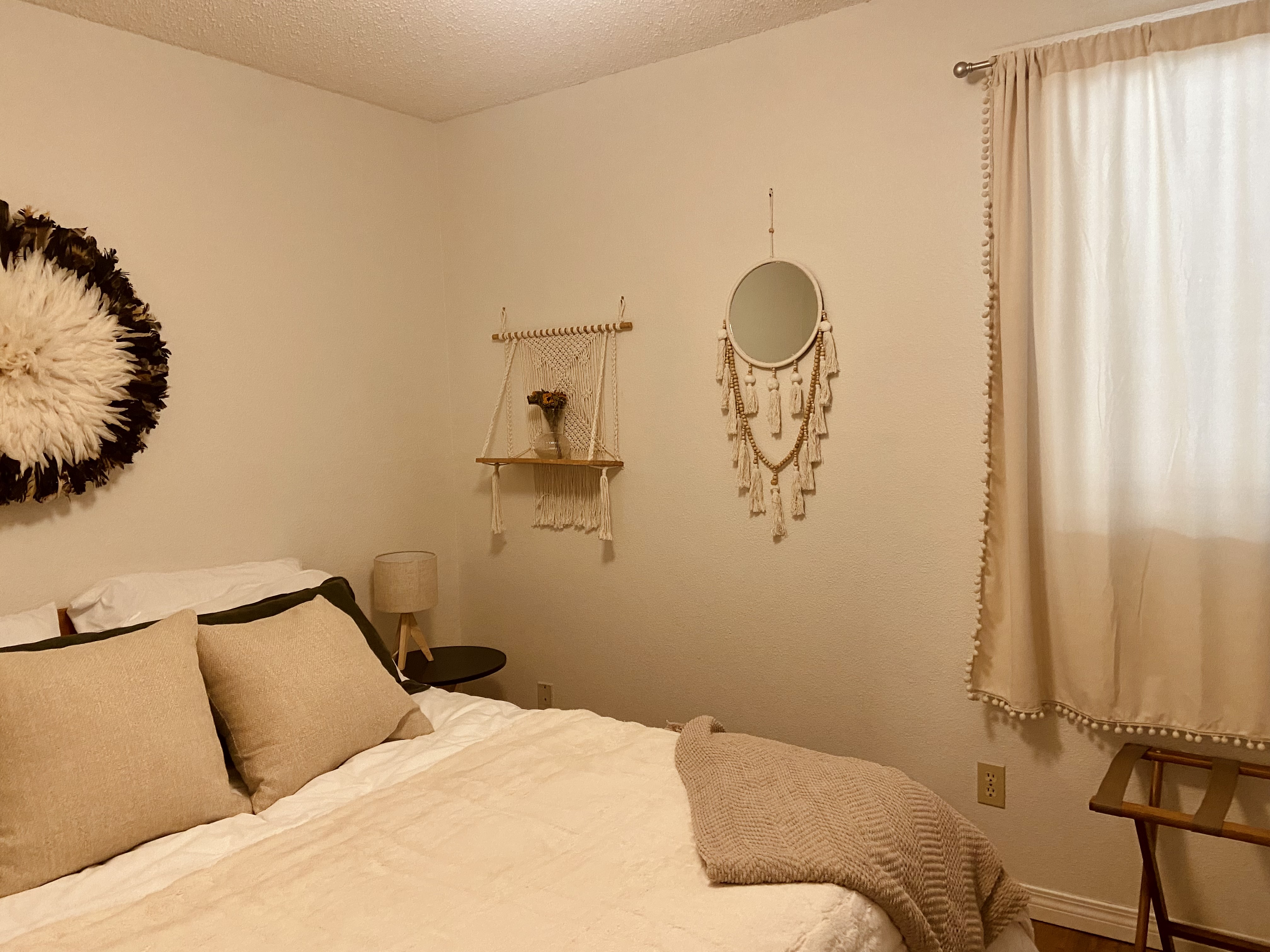 Their intention was to rent the apartment out for short-term and longer-term Airbnb stays during most of the year, to recoup what they spent on renovations and to pay for the mortgage and condo strata. To do that, they estimated they’d need to rent it out for 13 days a month, at $140 per night.

Since starting to rent it out in November, they’ve become Airbnb “Superhosts” and exceeded their financial expectations.

As of April, they’ve already had enough bookings in 2022 to cover their mortgage and strata payments for the year, despite blocking off six months to stay there themselves. However, they aren’t yet making any profit as they continue to pay off their renovation costs.

Back at their rental in Toronto, the couple is thinking about buying something else. They still feel that a house in Toronto would make them house poor, but want to find somewhere in Ontario to raise a family.

​​“Right now we’re just looking for our Kimberley, but in Ontario,” said Maya.