A Toronto couple wanted more space during lockdown. They bought this Grimsby bungalow for $690,000

A Toronto couple wanted more space during lockdown. They bought this Grimsby bungalow for $690,000

The buy: A four-bed, three-bath bungalow in Grimsby, a small town outside of Hamilton 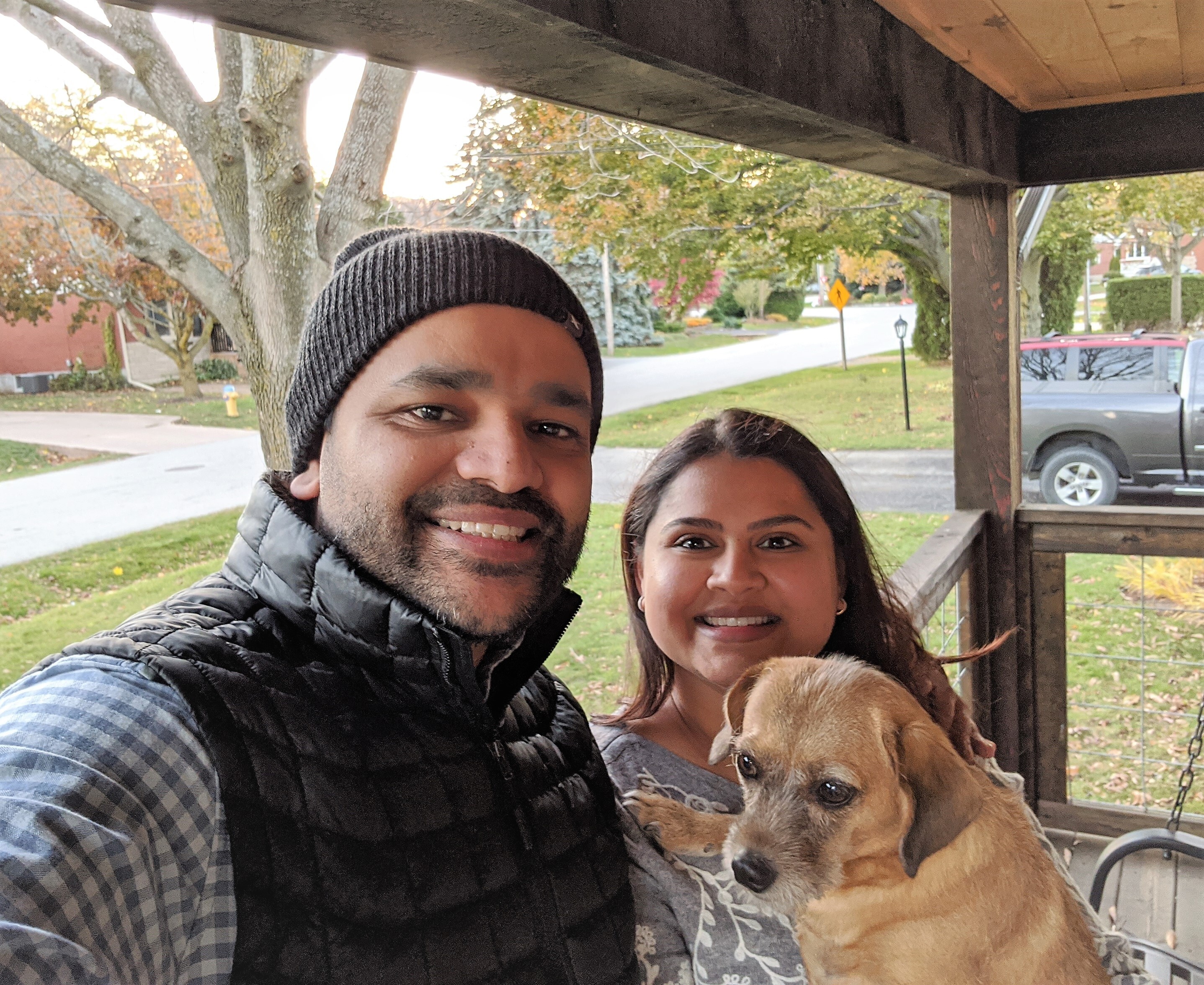 Surabhi and Vishwesh met online in 2015. The couple lived together in Kentucky for two years, but in late 2018, feeling dismayed by the American political situation, they decided to immigrate to Canada, where they qualified for permanent residency. Surabhi and Vishwesh moved to Toronto and rented a two-bedroom condo in Humber Bay Shores for $2,640 a month, with the help of a realtor Surabhi found on Reddit. Vishwesh, who worked as a product manager for an engineering company in the U.S., switched to a sales role so he could work remotely in Canada, while Surabhi got a job in the pastry department of a grocery store in the Financial District.

The Shauches loved living Toronto, particularly being so close to Lake Ontario and the downtown core. (The relatively subdued political situation in Canada was a nice change, too.) A few months after arriving, they made plans to buy a house within a couple of years, eager to put down roots in their new country. They also realized how expensive rent was in the GTA and wanted to build equity by paying a mortgage. Eventually, the pandemic sped up their timeline.

Vishwesh, who travelled quite frequently to meet with clients before the shutdown, started conducting his meetings virtually from their apartment, while Surabhi was working reduced hours at the grocery store. While their 1,400-square-foot condo might be deemed spacious by downtown standards, they were itching for more outdoor space for their dog, Maggie. In June 2020, they sorted out their finances in order to purchase their first home.

To get a better understanding of how much they could afford, Surabhi and Vishwesh reached out to their bank for a mortgage pre-approval. While the bank was willing to lend them enough to afford an $800,000 home, the couple set their limit at $750,000, since they didn’t want to stretch their finances. They focused their search west of the city, where they could still have a view of the lake and be close to Vishwesh’s clients in Burlington and Mississauga. Moving westward would require Surabhi to switch jobs, but she felt confident she’d find work at a grocery store near their new place.

The Shauches contacted the same real estate agent who helped them find their Humber Bay Shores rental. They wanted a move-in ready detached, with enough bedrooms and bathrooms for a future family, plus a front and backyard where Maggie could muck about. Also on their wish list: a place with a bit of character and a cottage-like feel.

In early July, their search brought them to Hamilton, where Surabhi and Vishwesh viewed a dozen properties over two weekends. They spent the day with their realtor, then drove around the city afterwards to explore different areas. One weekend, they travelled east of the city on the QEW to Grimsby, a 27,000-person town on Lake Ontario. The Shauches thought Grimsby felt calm and quiet, especially compared to Hamilton and Toronto.

They viewed a four-bed, three-bath bungalow listed at $699,000. In the front yard, it had a sprawling tree with a swing set, which made Surabhi and Vishwesh smile when they pulled up in their car. It also had a pretty front porch, where they imagined sipping tea and watching Maggie play in the front yard. The bungalow was also well-maintained and move-in ready, with warm interior features that gave it a rustic character.

There was a gas range in the kitchen. An added bonus, because the Shauches like to cook at home. It had their desired number of bedrooms and bathrooms. The couple envisioned spending lots of time unwinding on the screened-in back deck, which had ample room for lounging and dining. The garage was previously used as a daycare, so the area was fully insulated with heating and cooling units, meaning it could be used as an additional living space. And, to top it off, it had a finished basement suite.

All things considered, the Shauches thought they’d found their future home. Since they weren’t aware of other potential buyers, the couple submitted an offer of $675,000, hoping to take advantage of a lack of competition. The sellers countered with $690,000. The Shauches, worried that further negotiations could leave an opening for another buyer, decided to accept at $690,000. Given the uncertainty of the pandemic, Surabhi and Vishwesh were happy to have come in well under their maximum budget.

The Shauches officially moved in mid-August. Surabhi left her job in the financial district and found a similar role at a grocery store just south of Grimsby, while Vishwesh continued to work remotely. Some of their neighbours, a mix of older retirees and younger families, have already welcomed them to the neighbourhood by inviting them over for coffee.

The living room is everyone’s favourite spot in the house. Surabhi and Vishwesh, who have taken up birding, look out the living room window at the Niagara Escarpment, using Google Lens to identify different species of birds. Maggie prefers to lie on the window seat and bask in the sunlight throughout the day. Downtown Grimsby is only a few minutes away, but the couple have yet to try out any bars or restaurants. They look forward to exploring everything post-Covid.