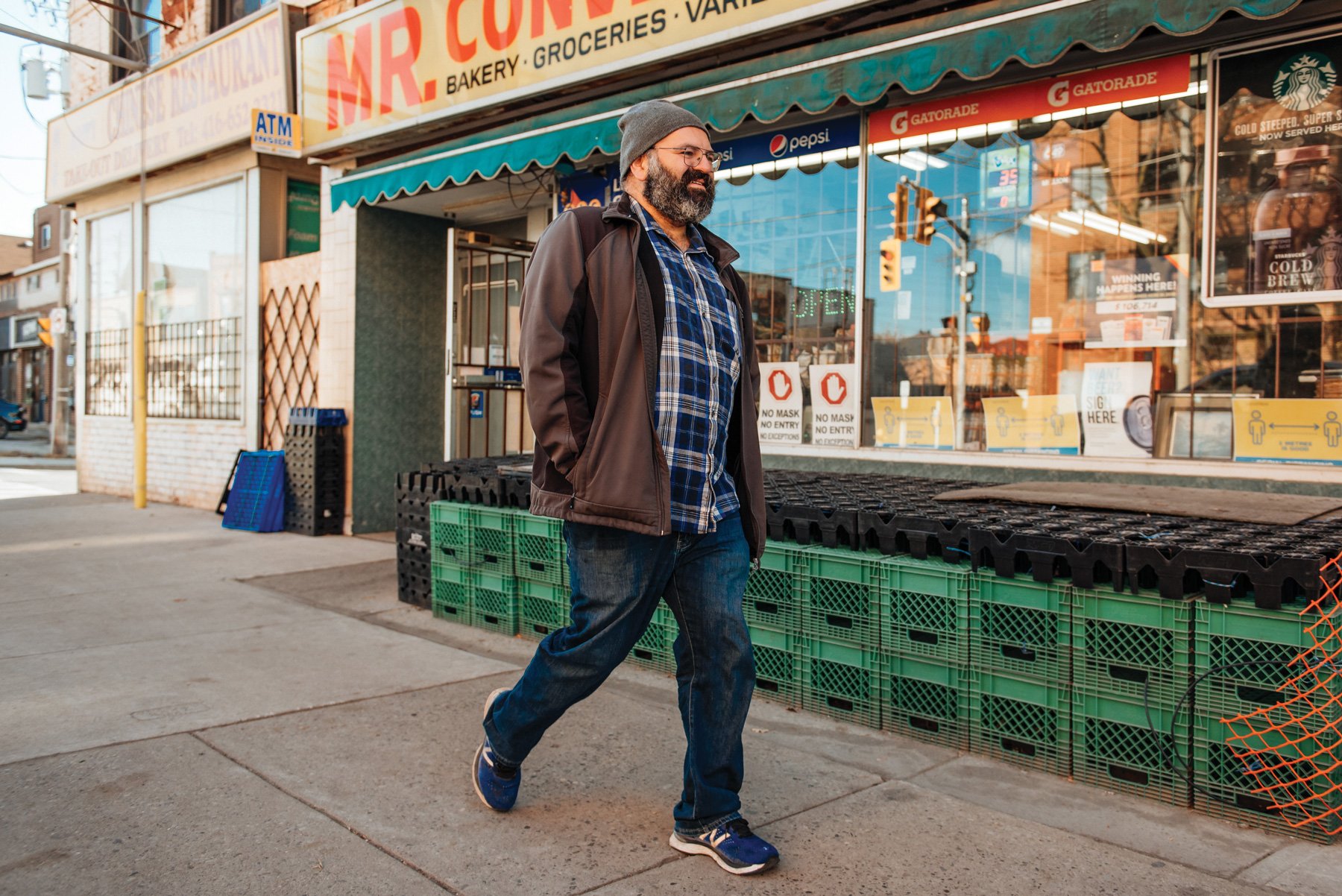 At the beginning of the pandemic, software engineer Ibrahim Abed started exploring his neighbourhood—and some days, he just keeps walking. Here, he describes how his marathon strolls are keeping him grounded during the second wave. 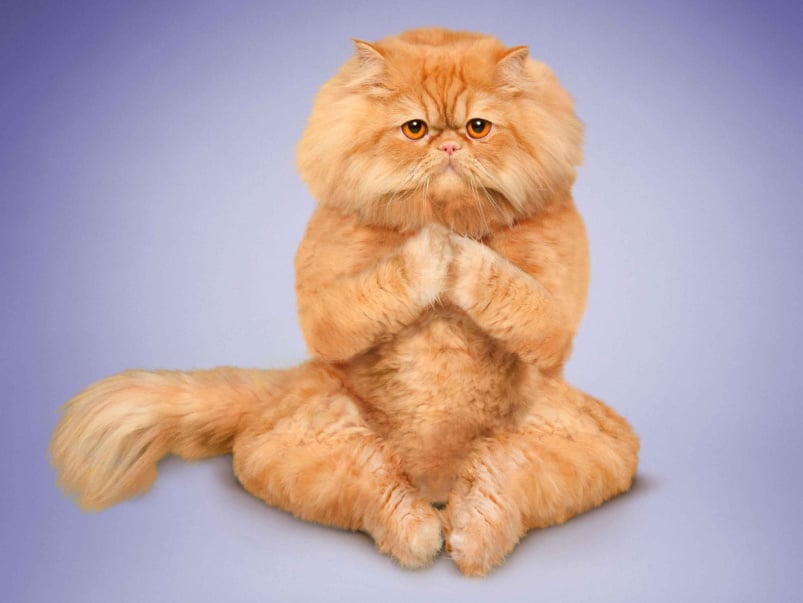 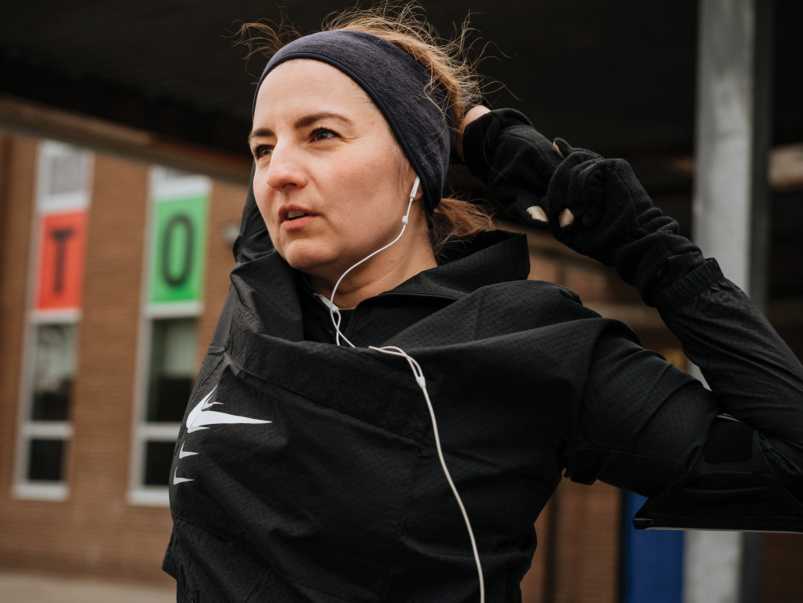 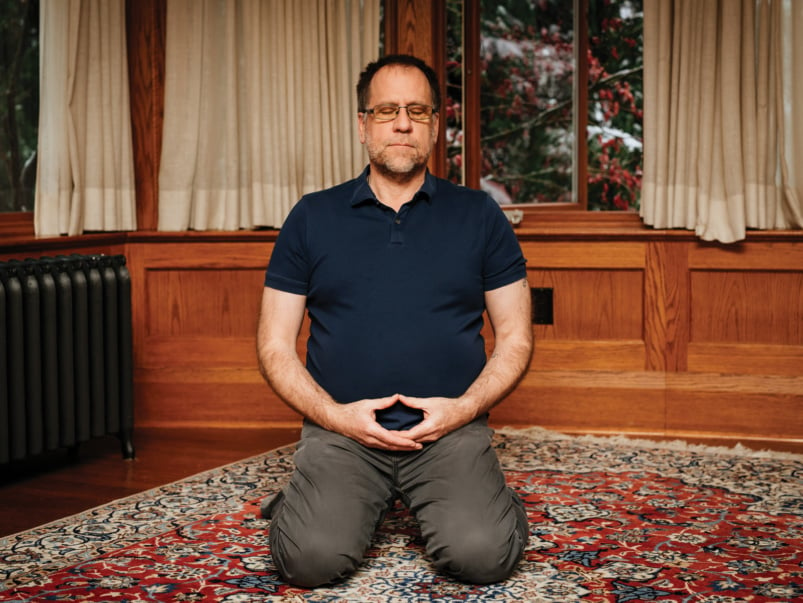 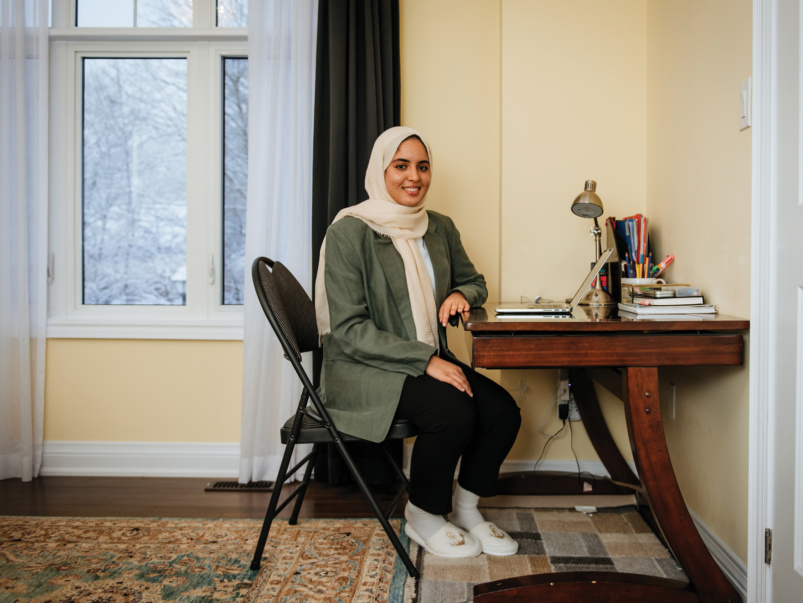 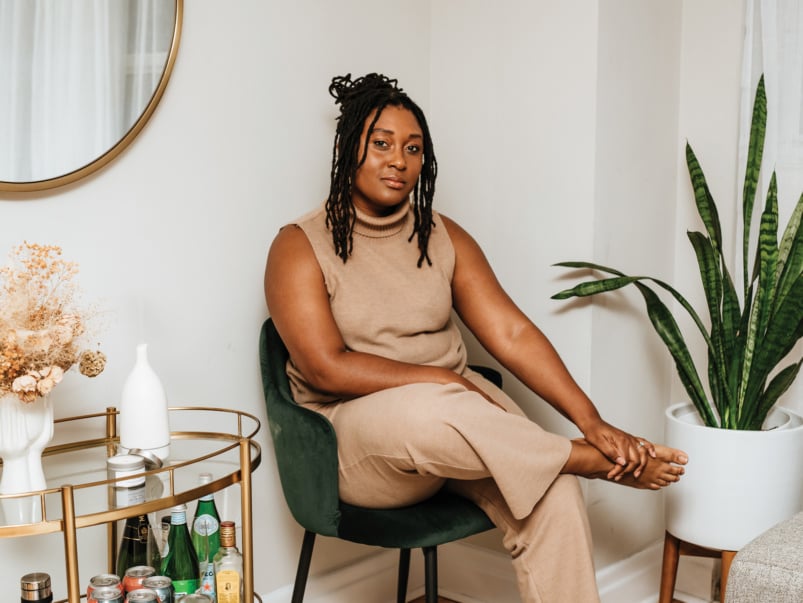 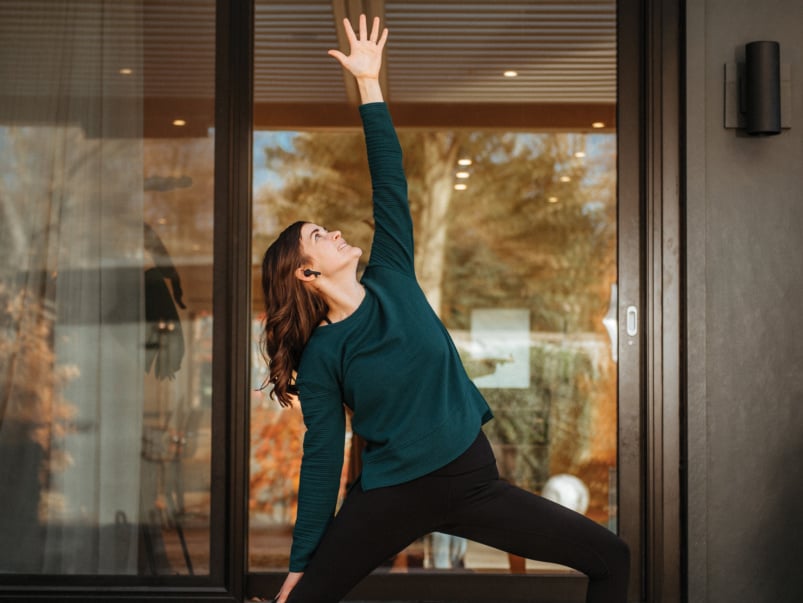 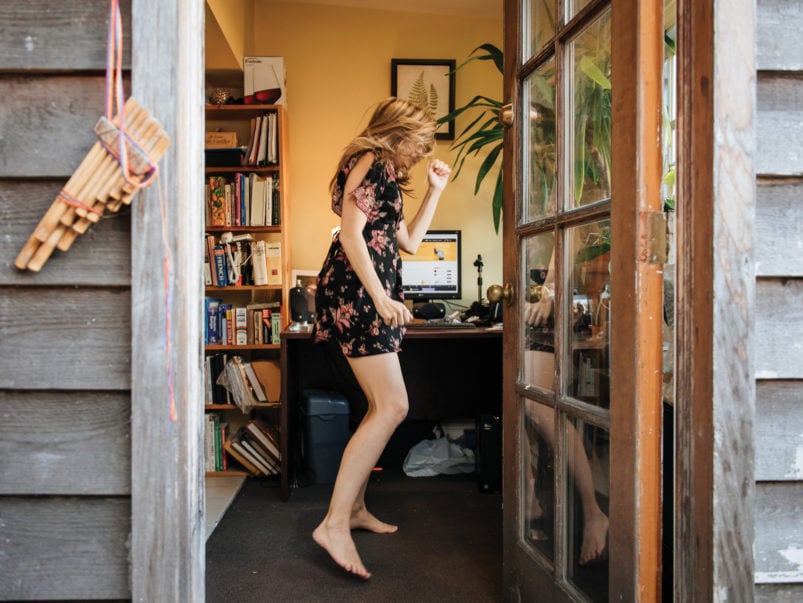 “I’ve always struggled to lose weight. Before Covid, I weighed 290 pounds. In June 2019, when I started my current job as a cloud engineer for a software company, my benefits included a fitness spending account. So I signed up for a year-long membership at a gym near my house in the Stockyards, for $45 a month. I would go three or four days a week after work and spend an hour or so doing some weight training and cardio on the elliptical. But it was hard to keep up a consistent routine. I would go for a few weeks, then stop going for a few weeks. I’d only lose a few pounds at a time, and they’d quickly return.

“At the beginning of the pandemic, I read that Covid was more dangerous for people who are overweight. That was motivation enough to keep me exercising. Once gyms closed in April, I went to a fitness store and bought a 40-pound kettlebell to use at home. I was lucky that I got it then because a few days later, gym equipment was sold out everywhere. With the kettlebell, I could do strength training at home, but I was still missing the cardio component. So I decided to start going on walks. It was May, and the days were getting longer. Plus, I was stuck at home in my basement apartment staring at the same wall all day while I worked from home. I wear a Fitbit, so I was eager to get outside and get in my 15,000 steps.

“On my first walk, I went south down the West Toronto Railpath to Dundas, then kept on walking down Roncesvalles to Sunnyside Park. Then I turned around and went back home. That took me about two hours. A few days later, I did the same route and walked a little bit further. I made it to Ontario Place, then to Liberty Village, then to Yonge and Queens Quay, which is close to my old office. Eventually, I was walking up to 10 hours, or 30 kilometres, most Saturdays and Sundays. 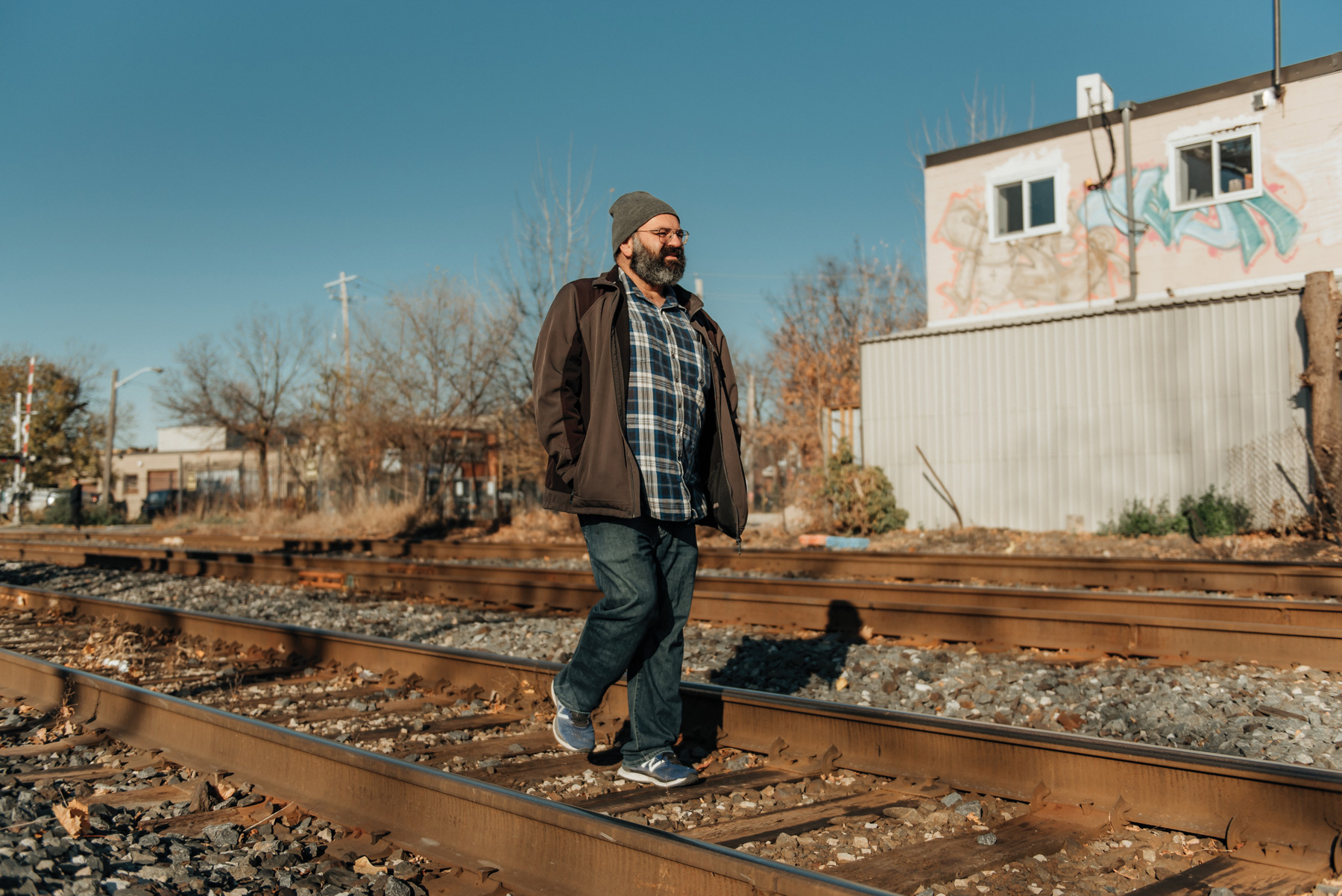 “The longest walk I did was from my home in the Stockyards over to Corktown, up the Don Valley to Bloor, then west toward home. I’ve also walked to Leslieville. I take breaks to get a bite to eat or use the washroom. I don’t wear anything fancy. Just my New Balance sneakers and a pair of shorts or jeans, depending on the weather. I usually queue up a few of my favourite podcasts, like Motley Fool or Hardcore History.

“I prefer taking the quieter roads. In the summer, I couldn’t believe how serene the waterfront was near Exhibition Place and Ontario Place. I never spent much time there before. I’m not actively observing anything when I’m walking. It feels more like a kind of passive meditation. I have a hard time sitting still, so a walk helps clear my head. And now that my office is my home, it creates some much-needed work-life balance.

“Around June, a month into my new walking routine, I noticed my clothes started to feel looser. I went a notch tighter when fastening my belt. At my peak, I had lost 20 pounds. I was eating healthier and keeping fewer snacks in the house. I’ve gained and lost a bit of weight since then, but it feels good to see progress. I was motivated when I saw those numbers. 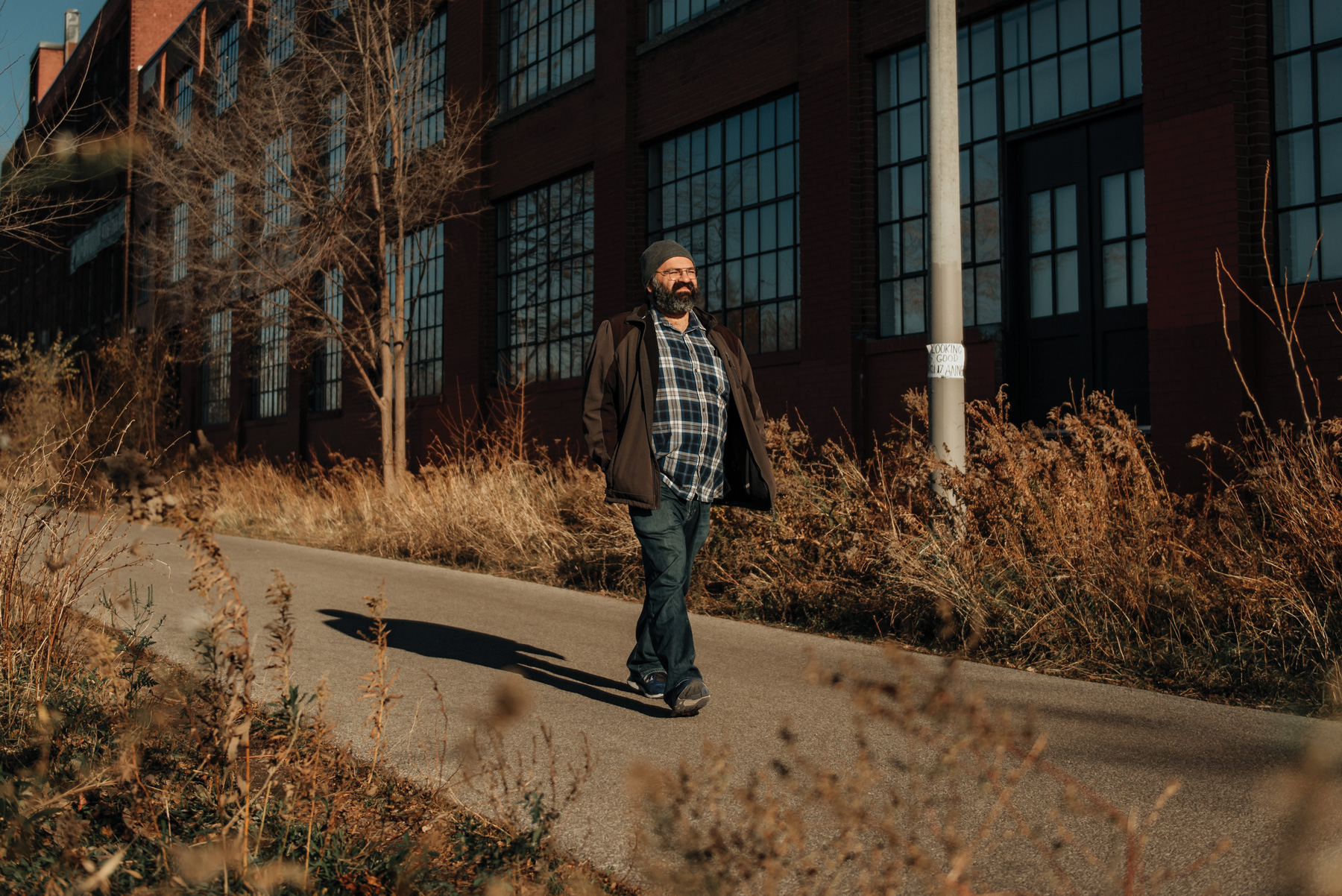 “I want to start exploring more. I’m thinking of going west to Etobicoke, or even all the way to Mississauga, then taking the GO train back home. My legs start hurting at the end of a long walk, but I usually stop not when I’m physically tired, but when I feel like I’ve done enough. With enough food and water, I feel like I could keep walking forever.

“I’m still planning to walk after work in the winter months, even though it’ll be dark. I want to get my 15,000 steps in. I’m going for weekend walks too, as long as it’s dry out and not too cold. I have a pretty heavy winter jacket and I can handle the cold, even if I’m just in my jeans. But the lower the temperature, the shorter the walks: usually five or six hours instead of nine or 10.

“If it weren’t for Covid, I probably would have stayed in the same cycle of working out at the gym for a couple of weeks and then quitting. I’d encourage anyone who’s physically able to give distance walking a try. It’s easy to do: just leave your home, go as far you can and then turn around. The next time, walk a little farther.”