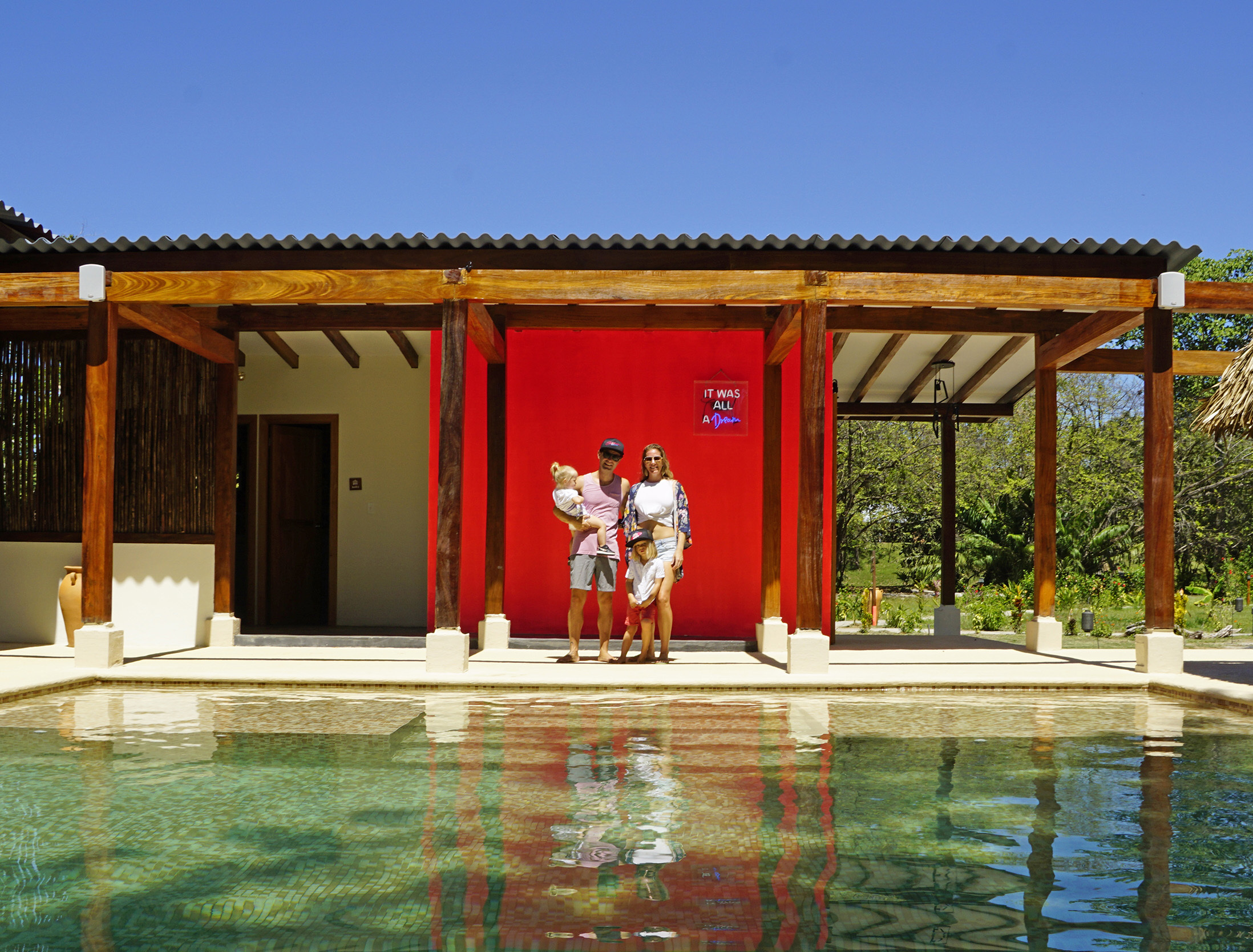 A few months before the pandemic, Ryan Somes and Anthea Stanley left their jobs on Bay Street, sold their Toronto home and moved their family to Panama to open a boutique hotel. After delays due to Covid, they opened the doors of Catalina’s Hideaway last December. Here’s how they made it happen.

—As told to Tatum Dooley

Anthea: Eleven years ago, we went surfing in Bali for our honeymoon and had an amazing time. Ever since that trip, we’ve planned every vacation around surf destinations, travelling through Costa Rica and Nicaragua and Central America. Living in the tropics was always an idea we’d throw around. We used to joke about the fact that winter wasn’t for us.

Ryan: I was a portfolio manager at TD. I was happy there. My job was flexible and I was growing. But I’d lost my love for the business.

Anthea: I worked at RBC Capital Markets on the institutional equity trading desk. I loved trading. It was a work-hard, play-hard lifestyle. I would always say, “We’ve got these great careers, we’re making great money. Let’s work for 10 more years. Then we can come up with a plan to move somewhere tropical.

Ryan: In 2011, before we had kids, we went to Nicaragua on a surf trip and ended up in this cool hostel in San Juan Del Sur called Maderas Village. It was a tight-knit community—all the food was served family style.

Anthea: One of the owners happened to be from Toronto. We kept asking him, “How does it all work? How did you do this?” I remember we were sitting on the beach, having a beer, looking at the ocean. He told us the first thing we had to do was buy property. We had a little bit of money saved, and we were thinking of buying an investment property. We thought, do we buy a condo in Toronto? A 500-square-foot condo that stares at a parking lot? Or do we buy a beach?

Ryan: As travellers, we’d stayed at some funky, off-the-beaten-path places and always met the most interesting people. We would always talk about what we could have done differently at hotels we’d stayed at throughout the years and what would make a place a little more special. From there, a vision slowly grew: we wanted to develop our own hotel. We researched some surf towns—we didn’t want anything overdeveloped. In 2013, we found a town called Santa Catalina in Panama and booked a surf trip. It’s full of cool, interesting people and untouched land.

Anthea: All of our parents visited and agreed that the land value was there. The town was just waiting to explode as a tourism destination.

Ryan: The first time we came down, we ended up putting down a $10,000 (U.S.) deposit on a property; the total sale price was $360,000 (U.S.). It’s six acres of empty land near Santa Catalina, right on the beach, with a freshwater pond that divides the property in half. We headed back to Toronto, but booked a return trip right away. Then, in 2016 our first child, Brody, was born. We were going to travel to Panama to start the planning, but Zika was new on the map. We cancelled the trip, just to be safe.

Anthea: Instead, Ryan’s parents went down alone and spent about three weeks. They’re the ones who found our contractor, Mike Shogren. He’d built one of the first little hotels in Santa Catalina, as well as a number of homes. 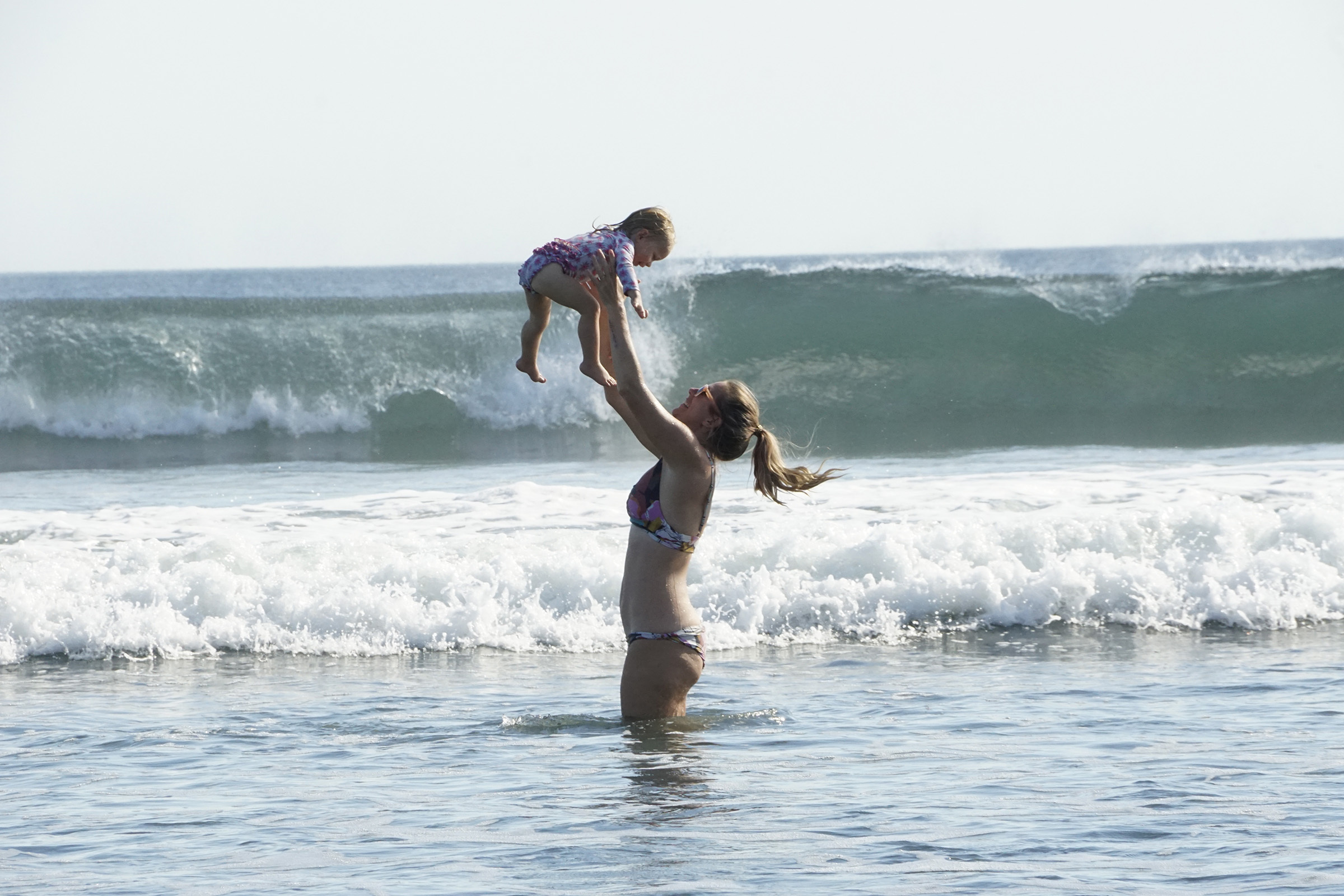 Ryan: We sectioned off 2.5 acres for our hotel—which we’d call Catalina’s Hideaway—plus one acre for our private property, leaving another 2.5 acres to expand. We wanted our own road and water and electricity. So we started by building an access road, then we dug a well. Over the next two or three years we would send a bit more money down to our contractor.

Anthea: I was working these 12-hour days. When I left in the morning, the baby was asleep. Then, I’d come back at 6:30 and see him for half an hour and put him to bed. So I was kind of like, Why did I have kids if I’m not even around? All the while, we were planning our project in Panama and growing disenchanted with our Toronto lifestyle. That continued when our second child, Smyth, was born in 2018.

Ryan: So in 2018, we gave Mike the go-ahead to start building. Our project cost, including fully developing the land with a road, electricity and water, staff housing, the hotel, restaurant, yoga deck, permits and landscaping, was between $2.2 and $2.3 million (U.S.).

Anthea: Finally, in October 2019, we left Toronto and moved to Panama for good. We came down with the dream of opening our hotel the following autumn. Once we got here, it was an adventure. We were learning a new language, absorbing a new culture. We loved it. We’re definitely getting by with our Spanish, and we took some classes as well. 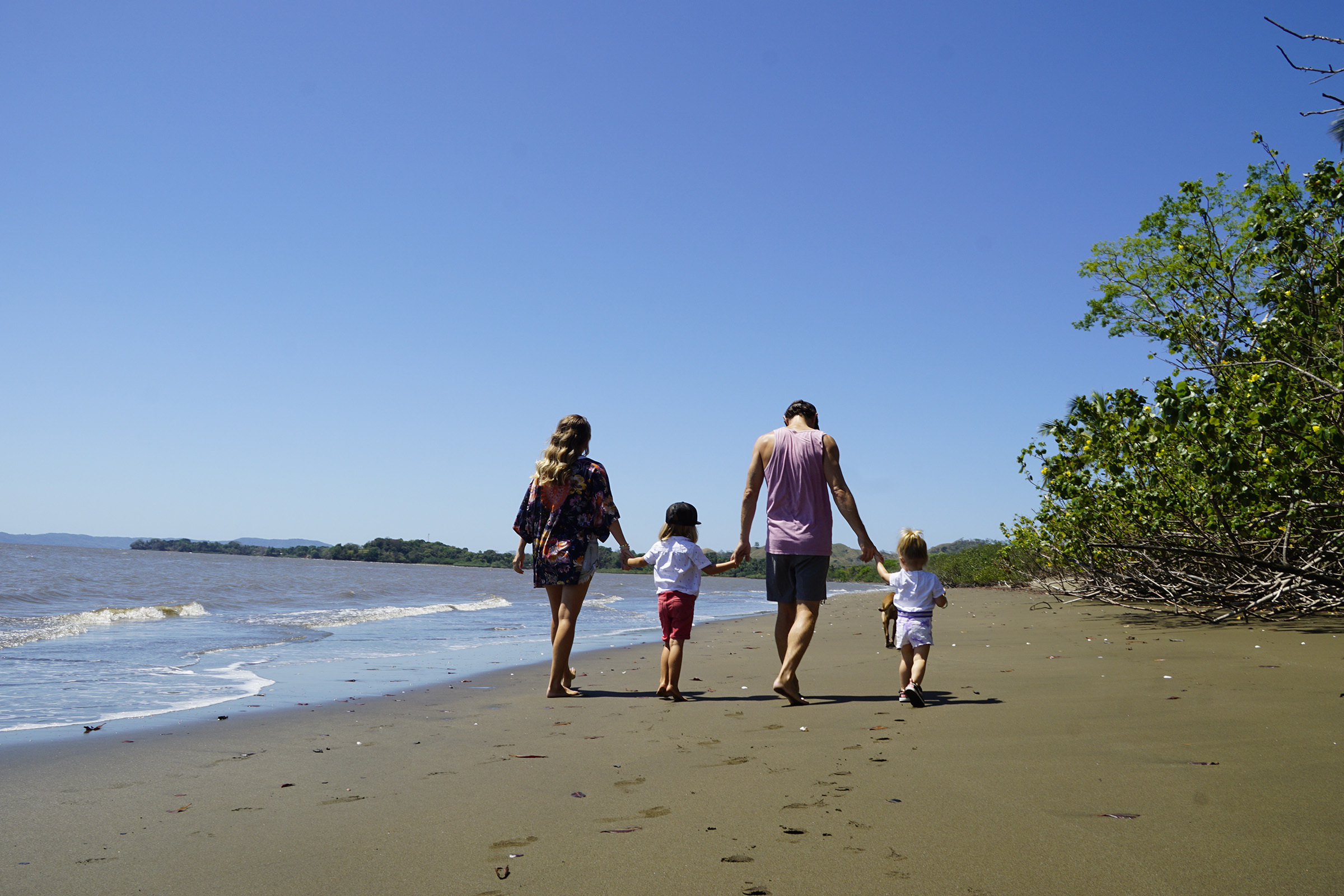 Ryan: We’d been reaching out to friends and family to help with fundraising, and we had a 10-year business plan. But obviously everything changed as soon as Covid started. We lost some investors. There were a lot of times we asked, “What are we going to do?” And every time that happened, we tweaked the plan and did things differently. We were hoping to fund at least half of our project with investor money. Since the pandemic, we’ve managed to raise about a third.

Anthea: Originally, we planned to do three beachfront casitas, three garden casitas and three treehouses. A total of nine rooms, all individual and luxurious. Ultimately, we didn’t have the money for all that. Instead, we ended up with two beachfront rooms, two garden rooms, one treehouse on the freshwater pond, and then we have what we call the “Bellwoods Inn,” which has four more-affordable rooms. We figured we could attract a more diverse clientele. Rooms go from $180 (U.S.) to $440 for a two-night stay. The hotel is also eco-friendly: we have more than 60 solar panels. We’re connected to the grid, but the panels run the bulk of the operation. We also have solar hot water and a special septic system that repurposes all our water to irrigate our gardens.

Ryan: This is a great place to be stuck in a pandemic. We were so far away from everything. We got to surf and swim and enjoy our six acres. Our construction got delayed for two months because of Covid, but that was fine since tourism wasn’t happening. At first, there were a lot of restrictions on travel, and a lot of confusion. Now, restaurants have reopened and small group gatherings are allowed. Recently, the beaches and national parks reopened, but all areas still have curfews in place.

Anthea: Now, everybody who’s flying internationally into Panama has to have a negative Covid test within 48 hours of arriving. There are police blockades checking everyone’s documentation. You can’t enter a store without getting your temperature checked and washing your hands and wearing a mask. Unfortunately, the Covid numbers have been bad in Panama—more than 300,000 cases so far. They’re doing 20,000 tests a day with a population of four million.

Ryan: There are great testing sites, including drive-through sites you can go to. They’re very serious about it here. Now, numbers are way down and hopefully we’re in the last chapter.

Anthea: We have no choice other than to stay positive and keep trucking along with our plan. When you’re investing this much money, you just keep going. We ended up opening the doors to Catalina’s Hideaway in December. We were full over the holidays. That was followed by a big lull, but now we’re consistently busy and sold out most weekends.

We’re lucky because our hotel is on a large piece of property, which allows for lots of safe distancing. Our casitas are spread across two and a half acres. Our bar, swimming pool and restaurant cover 6,000 square feet of open airspace. There are no enclosed spaces. And, of course, we have strict Covid protocols. We all wear masks. We take everyone’s temperature on check-in. And we sanitize all the tables and chairs after every use. We had one guy who came in for a three-week stay. Now he’s been here for five, and he’s probably staying for another month.

Ryan: Pre-Covid, the tourists were mainly European. They’re all gone now. Right now we’re getting a lot of local and a little bit of international tourism.

Anthea: I think everyone’s waiting for the vaccine. In the future, we want to host yoga retreats, surf retreats and diving retreats. We’re lucky—we only have nine rooms, so it takes just 18 guests to sell us out. As a small boutique hotel, we can market ourselves to groups who want to rent us out for their own purposes. It might be a group of music producers. It could be a writers’ group. It could be a yoga retreat. We could do weddings, birthday parties, whatever comes our way.

Ryan: Currently, we’re getting a lot of families coming in for dinner from the smaller towns around us. And our kids are becoming good friends with some of the local kids. We’ve realized that we can live with much less and be happier than we’ve ever been. We love that our kids are experiencing happiness that isn’t based on material things.

Anthea: We met a Canadian family that was planning on sailing around the world for five years but got stuck in Panama and ended up in Santa Catalina for six months. They came to us for Christmas, and we’ve all become great friends. Last week they invited us to go sailing off the grid with them to Coiba Island, a dive site nearby.

Ryan: It was white sand and turquoise water, with unbelievable snorkelling right off the boat. Our four-year-old swam with turtles. He loved it.

Anthea: One night, there was phosphorescence in the water. It was glowing, and we brought our son into the water. It looked like we were making snow angels in warm water. I was like, I swam in the universe today. 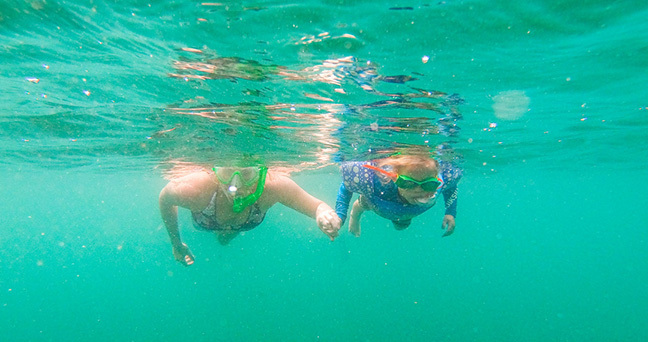