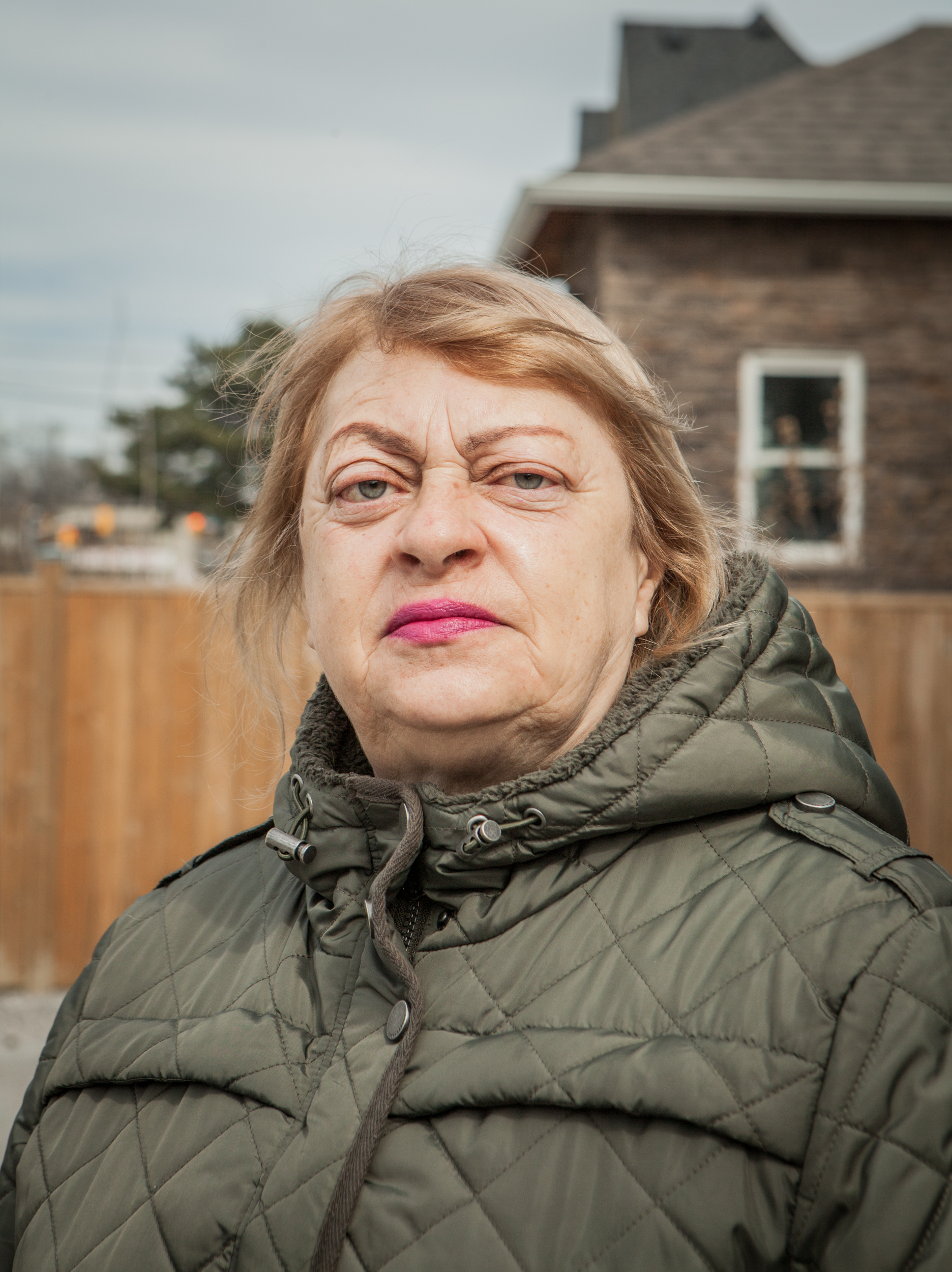 Tetyana Ryabchenko planned to spend her retirement in Vinnytsia, the city her family has called home for generations. Instead, the Russian invasion forced her to flee the only home she’s ever known. Through a translator, she recalled her four-day journey to Toronto.

—As told to Jared Lindzon

“I was born in Vinnytsia, a beautiful city of 370,000 in the centre of Ukraine that my family has called home for at least four generations. It was such a pleasure to live there. The streets were always very clean, and the city recently built gorgeous new fountains that lit up in different colours and danced to music.

“Earlier in my life, I worked as an accountant at a local community centre. Around the time that the Soviet Union fell in 1992, I started to have problems with my vision and could no longer work, so I began living on disability benefits and my pension. I’m not exactly sure what caused the problems with my eyesight, but it’s likely hereditary—my grandmother was blind, and my mother, who died from cancer when I was 12, also had poor vision.

“I’ve been married and divorced twice, and I have two daughters from my first marriage. One of them, Tzivy, left Vinnytsia to study in the United States about 20 years ago and eventually settled with her husband in his hometown, Toronto. She’s come back to see me many times, and I’ve visited her in Toronto as well, including longer stays to babysit her children when they were newborns. I’m very happy to be a grandmother.

“Tzivy became concerned about me when the Russian army invaded Ukraine in late February. Every time the air raid sirens sounded, everyone in my building would leave their apartments and take the stairs to the basement. I’m 65 years old, so it was difficult for me to walk all the way down from my apartment on the fifth floor, and even harder to get back up. Because of my vision problems, I had to depend on my neighbours to help me. As time went on, the sirens got more frequent. After about 10 trips to the basement, I stopped going altogether. I just went into the bathroom and waited.

“I don’t have a smartphone, but Tzivy called me often on my landline and would sometimes speak to me over video calls on a phone that I borrowed from my neighbour. She told me that she was up all night worrying about me. Eventually, she told me I needed to leave. Until then, I hadn’t even considered it. I’d lived in Vinnytsia my whole life. It was the only place I knew. With my vision problems, going somewhere new seemed almost impossible, particularly if I didn’t speak the language—like many Ukrainians, I speak only Russian and Ukrainian.

“At 4 a.m. on February 28, Tzivy called to tell me that she had spoken to my rabbi and arranged transportation out of Ukraine. I’d be driven to Moldova and then Romania; from there, I’d fly to Istanbul and, finally, to Toronto. She told me I had half an hour to gather whatever I could carry and meet a volunteer driver downstairs.

“Just then, another air raid siren went off. The city had imposed blackout restrictions to accompany the sirens, so I had to gather my things—I took only a few important documents—and walk downstairs in the dark of night. Outside, I met a middle-aged man from my synagogue who had volunteered to take people from our community to the border. There were seven or eight people, mostly women and children from my synagogue, stuffed into the car.

“We drove south for four hours, stopping at checkpoints along the way, until we reached a lineup of cars near the border. It took about an hour and a half to cross, plus another hour or so to be processed. Compared to the massive lineups that would form over the next few days, that was relatively quick.

“At the border, our volunteer driver turned around, and a taxi took me to Chișinău, the capital of Moldova. My synagogue worked with volunteers to find me a hotel room there. Two days later, I got on a bus with a group of people from Vinnytsia and travelled to the nearest international airport, in Romania. They helped me get a Covid test and present my documents, but once we got through security, they all boarded flights for elsewhere in Europe. I would be alone for the remainder of my journey.

“That was the most difficult part. When I landed in Istanbul, I had no idea where to go or what to do. I could hardly see, and I couldn’t speak the local language. I was incredibly lucky to find a Russian speaker who connected me with an airline worker who also spoke Russian. They brought me to my gate and escorted me onto the airplane.

“When I landed in Toronto on March 2, I was lost again. I managed to find my way off the plane and into the airport lobby. Suddenly, someone ran over and hugged me. I couldn’t see who it was. I was frightened at first, but then I realized it was my daughter. We both started crying. We were so happy to see each other—and so relieved that I had made it to Canada safely.

“For now, I am living with Tzivy, her husband and seven children in their home in North York. It’s very difficult because there isn’t enough room for everyone in the house. I’m staying in a spare room in the basement for now, but when the entire family comes home for Passover, I’m not sure where I will sleep.

“My daughter connected me with a few local resettlement agencies, including the Jewish Immigrant Aid Services. They were able to provide me with health insurance for a few months while we wait for the government to provide more assistance to Ukrainian refugees. JIAS is also trying to help me find housing. I would very much like to have a place of my own, because there isn’t enough room for me here, and I enjoy living by myself. But I’ll need help making it happen. I came here with no money or belongings; there was no time to sell the things I had, and I can’t access my bank account in Ukraine.

“I don’t know if I’ll ever return to Ukraine. With my health issues, it won’t be easy to go back. I’m hoping the war will end soon, that there will be peace, that I will be able to one day go back to my apartment. I’ve kept in touch with neighbours and friends back in Vinnytsia, and they tell me not to come back—at least not yet.

“For now, I’m very thankful for all the people who helped me find my way to Toronto. It’s quiet and peaceful here. I’m happy to be together with my daughter and her family, and I’m relieved there are no more sirens.”