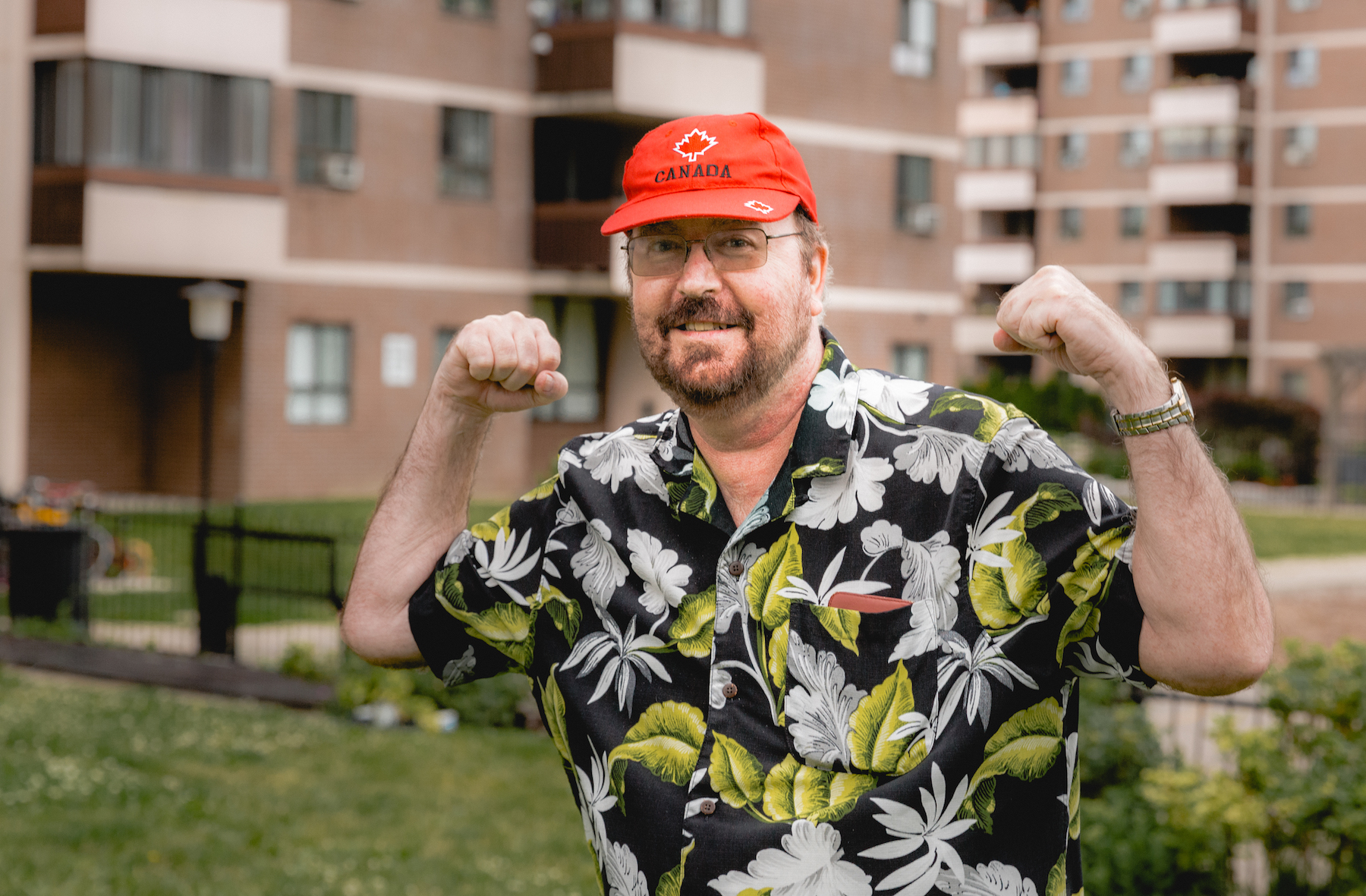 One evening last December, about two weeks before Christmas, I ordered a hamburger at a fast-food restaurant. I figured there must be something wrong with the meat—it had no taste—but I ate it anyway, then headed to work for a graveyard shift. When I got home at 7:30 a.m., I brushed my teeth, reached for a towel and lost consciousness for a few seconds. I fell back and hit the wall. At the time, I was living with my partner, Julie; my 24-year-old stepson, Tyler; and my 79-year-old father-in-law, Juanito, in a three-bedroom condo in Mississauga. I thought, Oh no, I hope I didn’t wake up the house.

When I woke up later that day, I felt dizzy, like I was about to black out, so I called in sick. Within a few days, I couldn’t get out of bed. My breath was completely gone. I went with my family to get a Covid test at Brampton Civic Hospital, and while we were waiting in line, I felt so faint that I thought I was going to collapse. Two days later, I found out I’d tested positive; so had Tyler and Juanito. By that point, I was in rough shape. When my temperature hit 101, Julie called paramedics, who whisked me away to the Trillium hospital in Mississauga. Later that afternoon, Juanito collapsed on the floor next to his bed. A second ambulance took him to hospital, where he was immediately sent to the ICU.

The Trillium doctors told me I had pneumonia in both of my lungs. A week later, they discovered that the pneumonia had turned into pulmonary fibrosis, a disease where the lung tissue becomes so scarred that the lungs stop working. The doctors were upfront with me: my chance of survival was minuscule. Within a few days, I was admitted to the ICU and put on 100 per cent oxygen. I couldn’t move at all. I was like a baby. Nurses had to feed me with a spoon, and when I couldn’t eat that way anymore, they fed me through a tube.

I kept thinking about all the things I wouldn’t get to do. I was only 61. For the last few years, I’d been trying to write a horror screenplay in my spare time. It was about two-thirds done when I got Covid. Now I’d never get to finish it. My father-in-law, meanwhile, couldn’t be saved. He died after six weeks in the hospital. The day we lost him was the saddest day of my life. He’d been so strong, with a black belt in karate, and Covid destroyed him.

I was at Trillium for two months, bucking the odds and staying alive. In early February, my doctors told me they were going to see if I was a candidate for a double lung transplant. I was eligible because I was awake and strong enough to withstand the operation: most severely ill Covid patients are unconscious, so doctors can’t discuss transplantation with them. If it all worked out, I would be the first Covid patient in Canada to get the surgery.

They transferred me to Toronto General to play the waiting game. Nearly a week passed and I didn’t hear anything. I was getting discouraged: my doctors were considering taking me off the transplant list because they had a responsibility to other patients with a higher chance of survival. It’s all over, I thought. My time’s up. It was right around then that I fell unconscious.

And that’s when things started moving. While I was out, my doctors found a donor. Within 24 hours, I was in the OR. The operation took eight hours. Surgeons cranked open my rib cage, removed my Covid-ravaged lungs and inserted a healthy pair. First, they reconnected the airways, then the pulmonary arteries, then the pulmonary veins. I’m told my new lungs started working in the first 10 minutes.

Twelve hours later, I woke up to discover I’d had the transplant. The oxygen mask was gone. It felt like a dream. I spent the next three weeks slipping in and out of consciousness. About a month and a half after my operation, I was admitted to the Bickle Centre, a rehab facility at UHN. I was determined to get to the point where I could walk through my front door by myself.

You don’t really get any rest when you’re in rehab. Every day, I saw a physiatrist, a physiotherapist, a respiratory therapist and a dietitian. In the beginning, I would do little exercises in bed, like trying to raise my legs. When I got a bit better, I started doing exercises in a seated position, like marching on the spot. My strength would literally double overnight. One day I couldn’t get out of bed. The next day I could. On the third day, I could get in the wheelchair. And I could see my body change. The muscles started coming back in my legs. 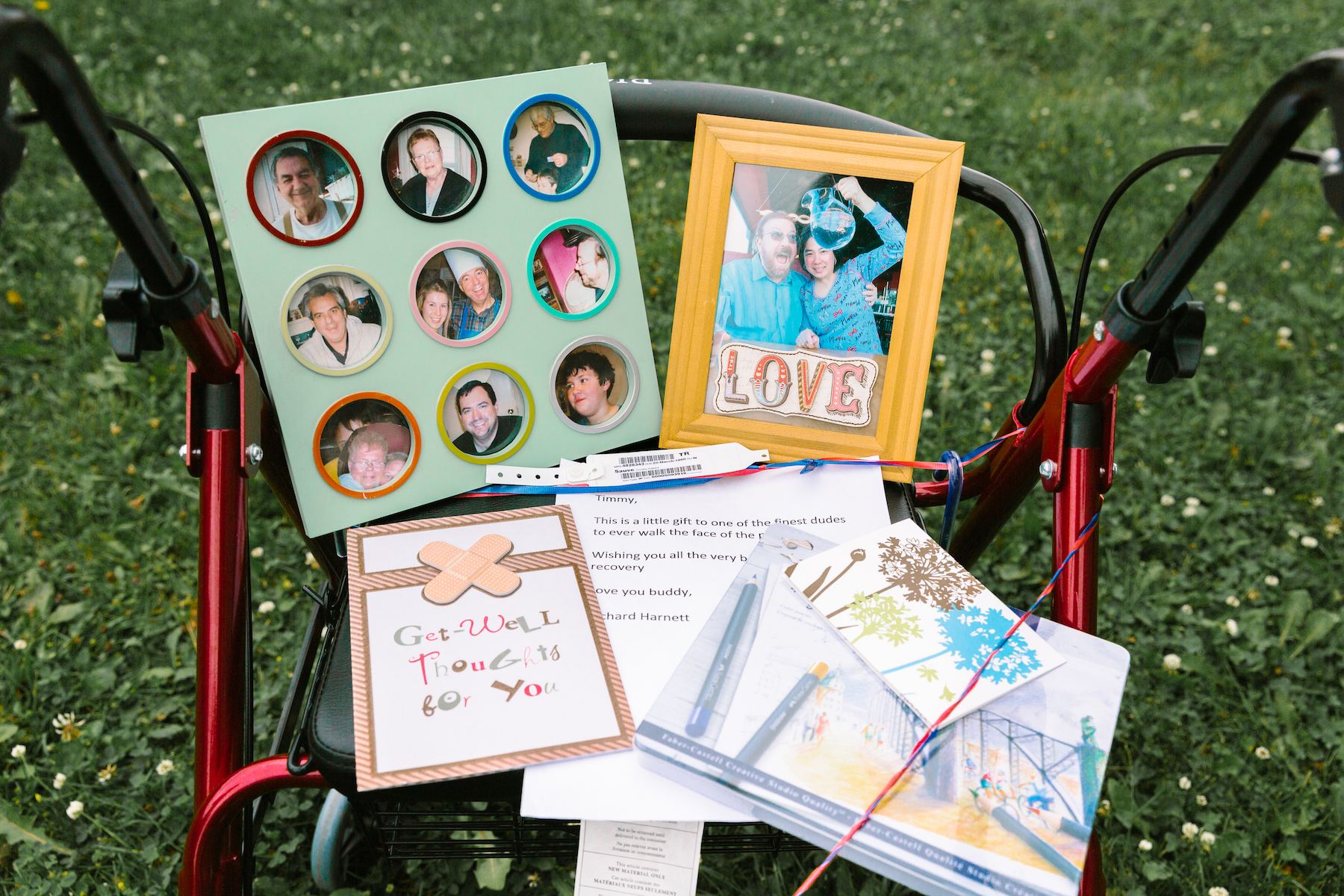 At the end of June, after a month in rehab, I finally went home. When we arrived, and Julie opened the front door, I was so focused on walking through it on my own that I kept my head down. Finally I looked up, and the whole living room was flooded with balloons and presents from my family and friends.

On the advice of my family doctor, I decided not to return to work after the surgery. During my time in rehab, I’d finally finished the one thing I desperately wanted to do before I died: my script. Now, my ultimate dream is to visit Italy with Julie. We’re saving our pennies to make it come true.

My life is just beginning again. I know every day is going to be a challenge, but I’m optimistic. For the first time in more than six months, I’ve been able to take deep breaths. Every time I inhale, it feels so good. It reminds me that I still have a long life to live.