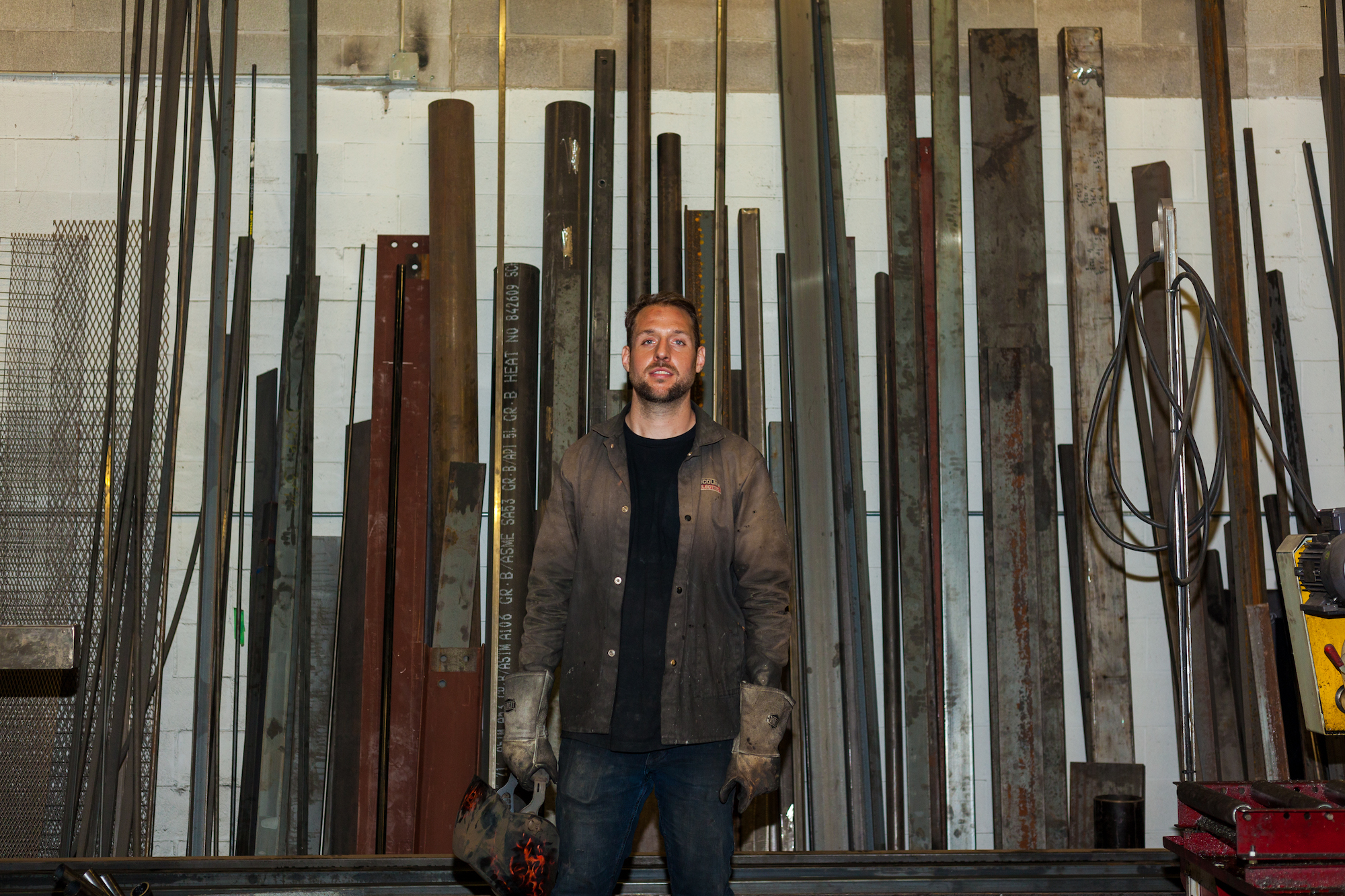 When non-essential construction sites closed at the start of the pandemic, welder Mike Kaufmann was unsure of his next move. A fitness buff, he didn’t want to miss out on workouts, and with extra time on his hands, he put his welding skills to use and built heavy-duty fitness equipment for his condo. Soon after, he began making squat racks to peddle on Kijiji and now sells them across Canada through his website, Squat6Stands. Here’s how he got his business started.

“My dad has owned a metal fabrication business in Vaughan called Concise Custom Metal for 20 years, and I started working with him on weekends when I was 14. After high school, I wanted to become a teacher, so I went to the University of Guelph to study history. I graduated in 2012, but the job market was competitive, and my dad’s work was picking up, so I joined his business full time instead. I went to night classes at Seneca in 2012 and 2013 and became a certified welder and weld inspector. My dad and I work in the towers downtown, like First Canadian Place and Scotia Plaza. We do custom fabrication and installation—that means everything from building metal staircases and railings to reinforcing cement slabs with structural steel. 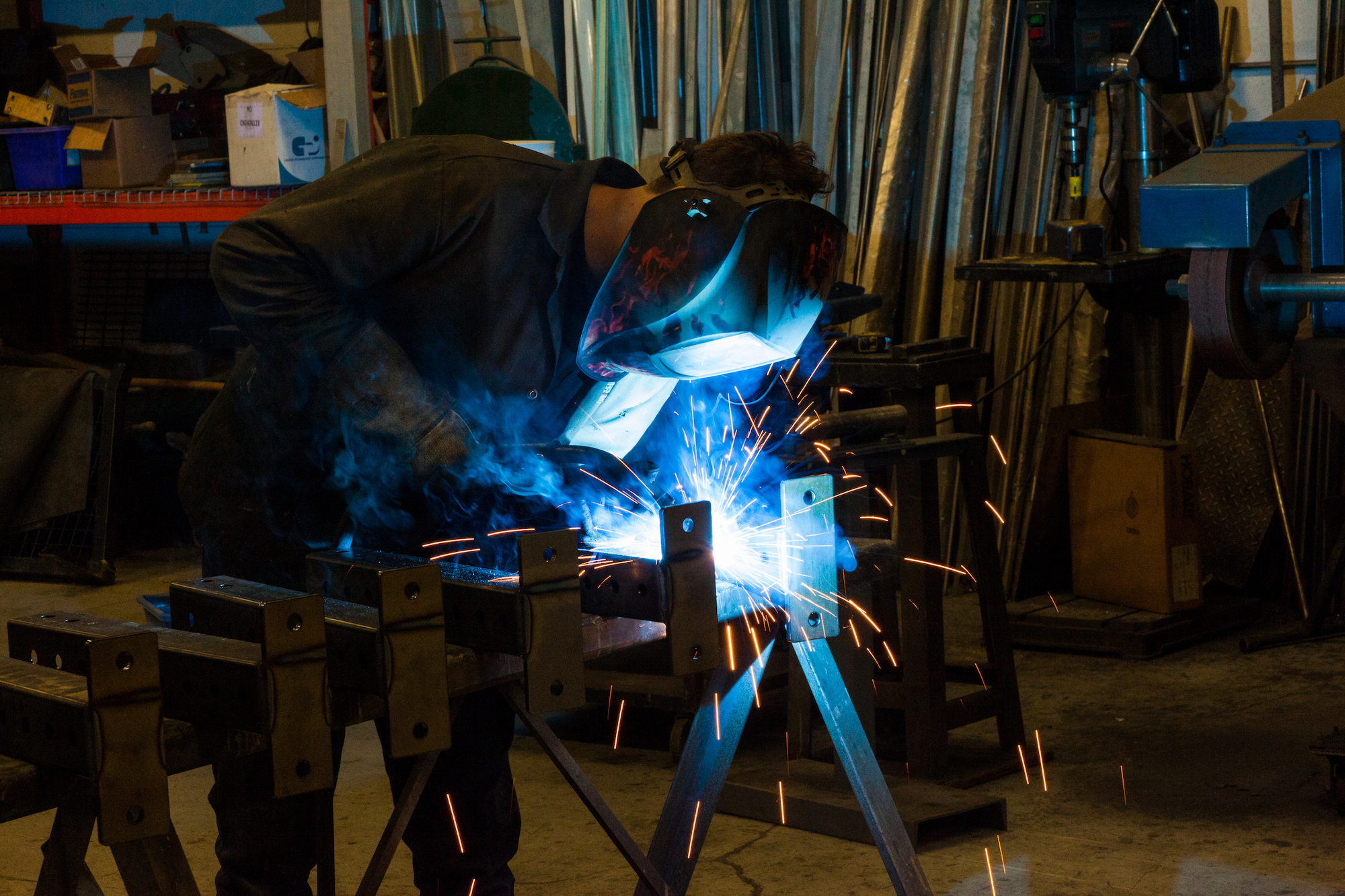 “I loved how active my job was. I’m into fitness, so I joined a strength and conditioning gym in Vaughan and went five or six times a week to train. I also played rugby in a men’s league a few times a week. In 2015, I met my wife Hailey, a registered kinesiologist and holistic nutritionist—we were both members at the gym—and in 2017, we moved into a condo together in Vaughan.

“When the pandemic happened, our metal fabrication business slowed down—we mostly worked on commercial construction contracts, and they weren’t deemed essential. At the same time, our gym closed down. Hailey and I bought some dumbbells and tried to train the best we could in our condo, but it wasn’t quite the same as squatting, bench pressing and circuit training with heavy equipment. In late March, a weightlifting friend suggested I build my own squat rack at home. I thought, that’s genius. I was teaching myself to use a construction and engineering design program called AutoCAD at the time, so I sat down at the computer for eight or nine hours right after our conversation and stayed up late sketching plans. I designed a stand made of two pieces that I could disassemble and store so it would fit on our small condo balcony. 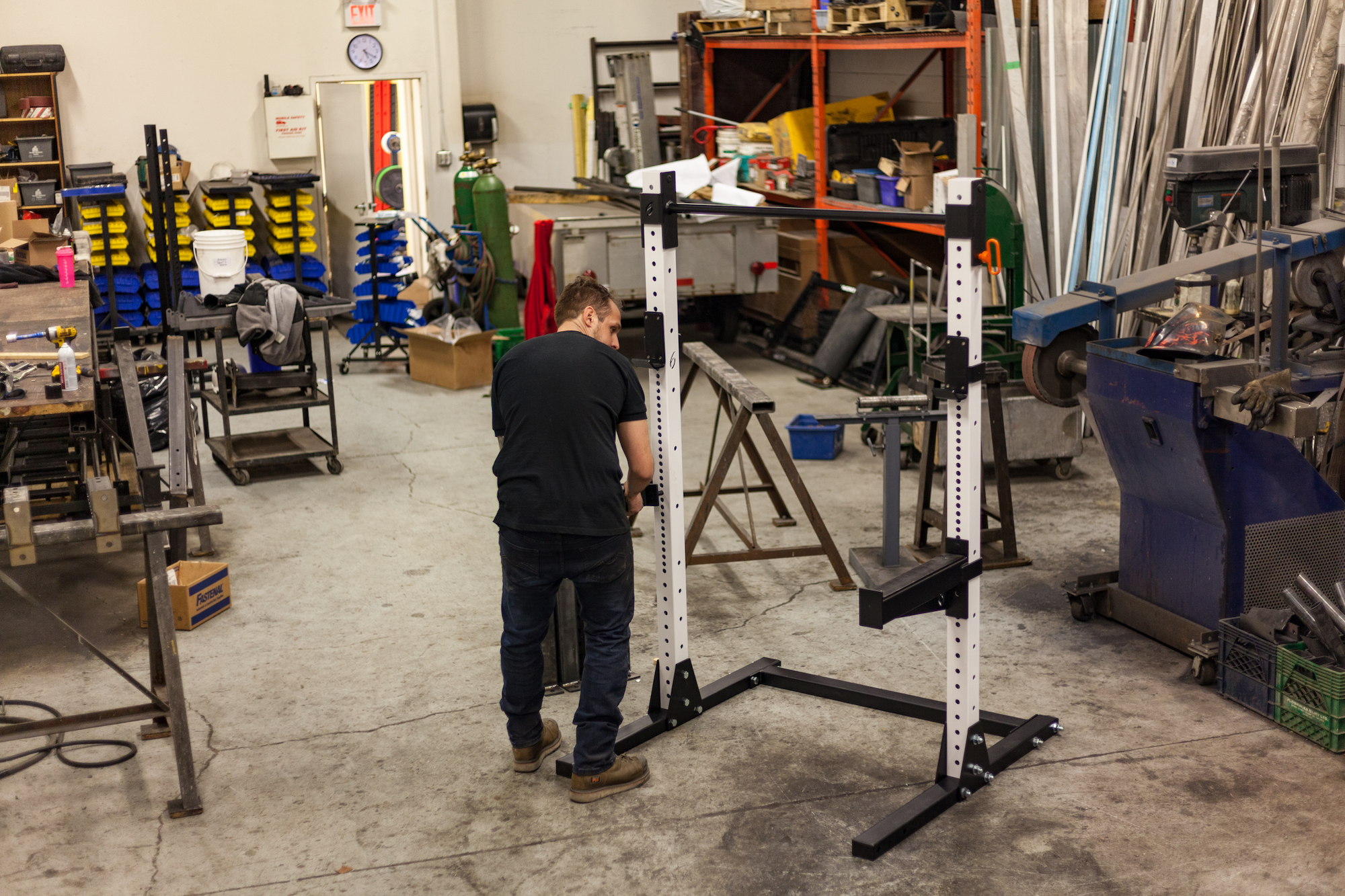 “A few days later, I went to one of my company’s metal suppliers in North York and picked up some steel. Then I drove back to my shop in Vaughan and started building it out. I spent about 25 hours over two days on the first rack, drilling a lot of holes by hand—since it needs to adjust to the user’s height and the exercise they’re doing. When it was done, I spray-painted it black and tested it out in the shop—and it worked. I felt accomplished and proud. At the same time, I instantly started thinking of ways to improve the design.

“I immediately got to work on a second design and asked Paolo, an engineer I know through my dad’s company, to look at my work. He verified the weight capacity, which was 800 pounds, and cross-checked that there weren’t any faults before giving it his stamp of approval. The second rack took a bit less time to finish. I was much happier with the new version and took it home to the condo. Hailey was the one who came up with the idea of making more of them: at the time, gym equipment had become scarce, and whoever had equipment was selling it at outrageous prices. We put the squat rack up on Kijiji for $550 and a week later, someone from the west end reached out asking to buy it. 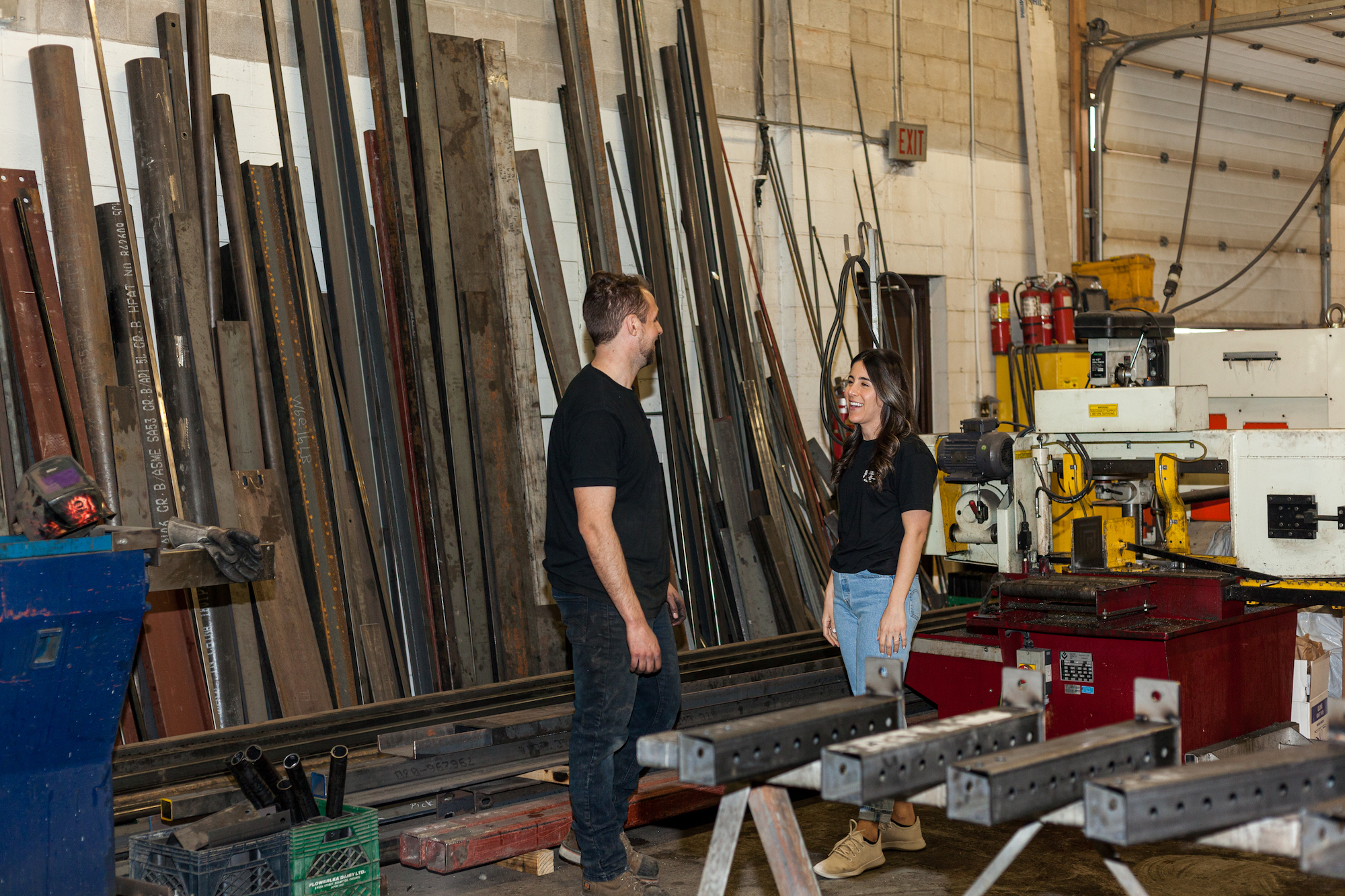 “From there, I built the racks on demand whenever someone reached out through Kijiji or Facebook Marketplace and wanted to buy one. That first rack turned into two, and two turned into eight. By June, I had reached out to a friend to help out a couple of days a week in the shop. Drilling the holes took a really long time, and I was getting more and more orders. I spent 12 hours in the shop, from around 6 a.m. to 6 p.m., seven days a week. In June, Hailey started an Instagram account, and the following month, she built me a website on Shopify. 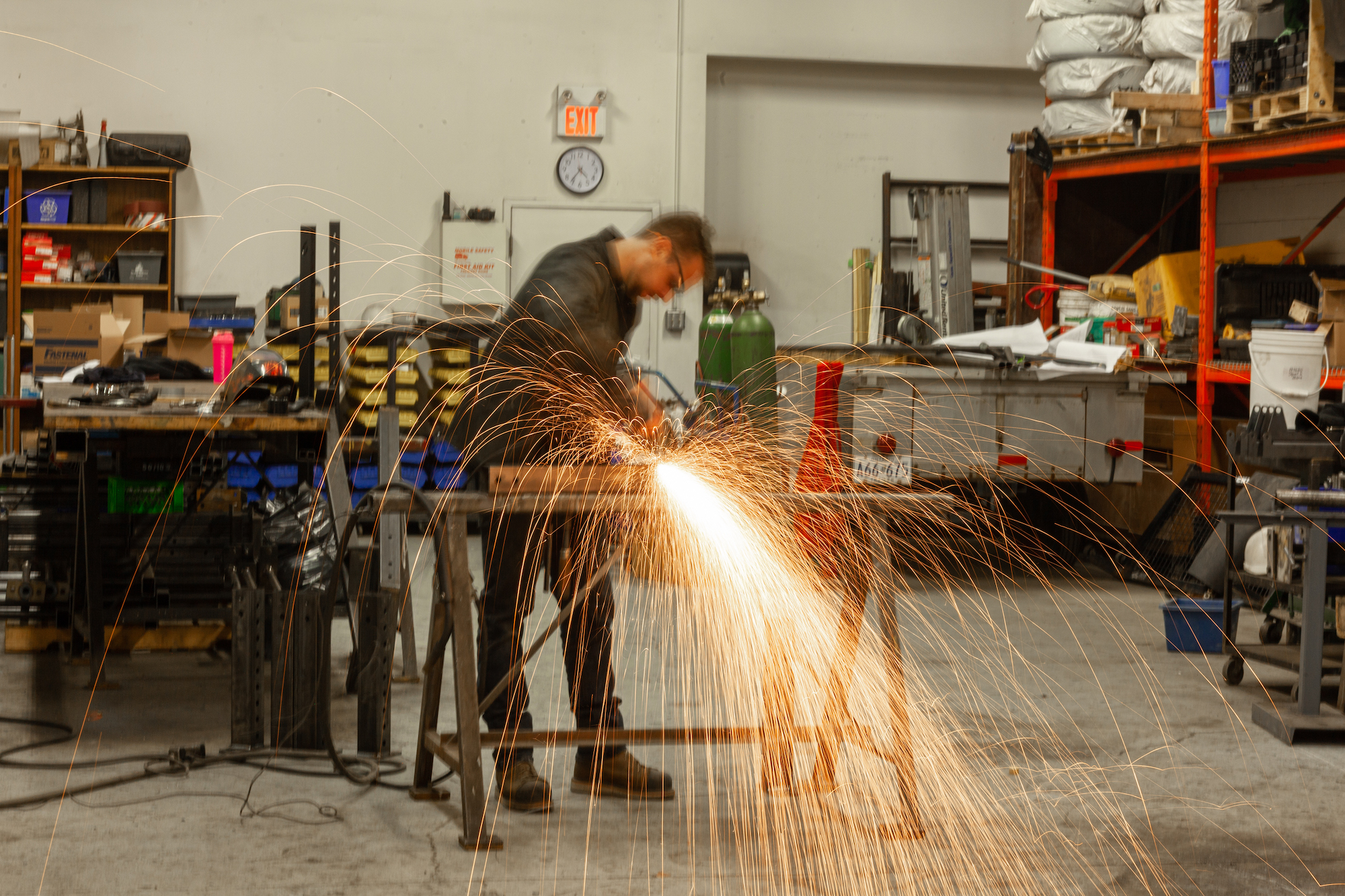 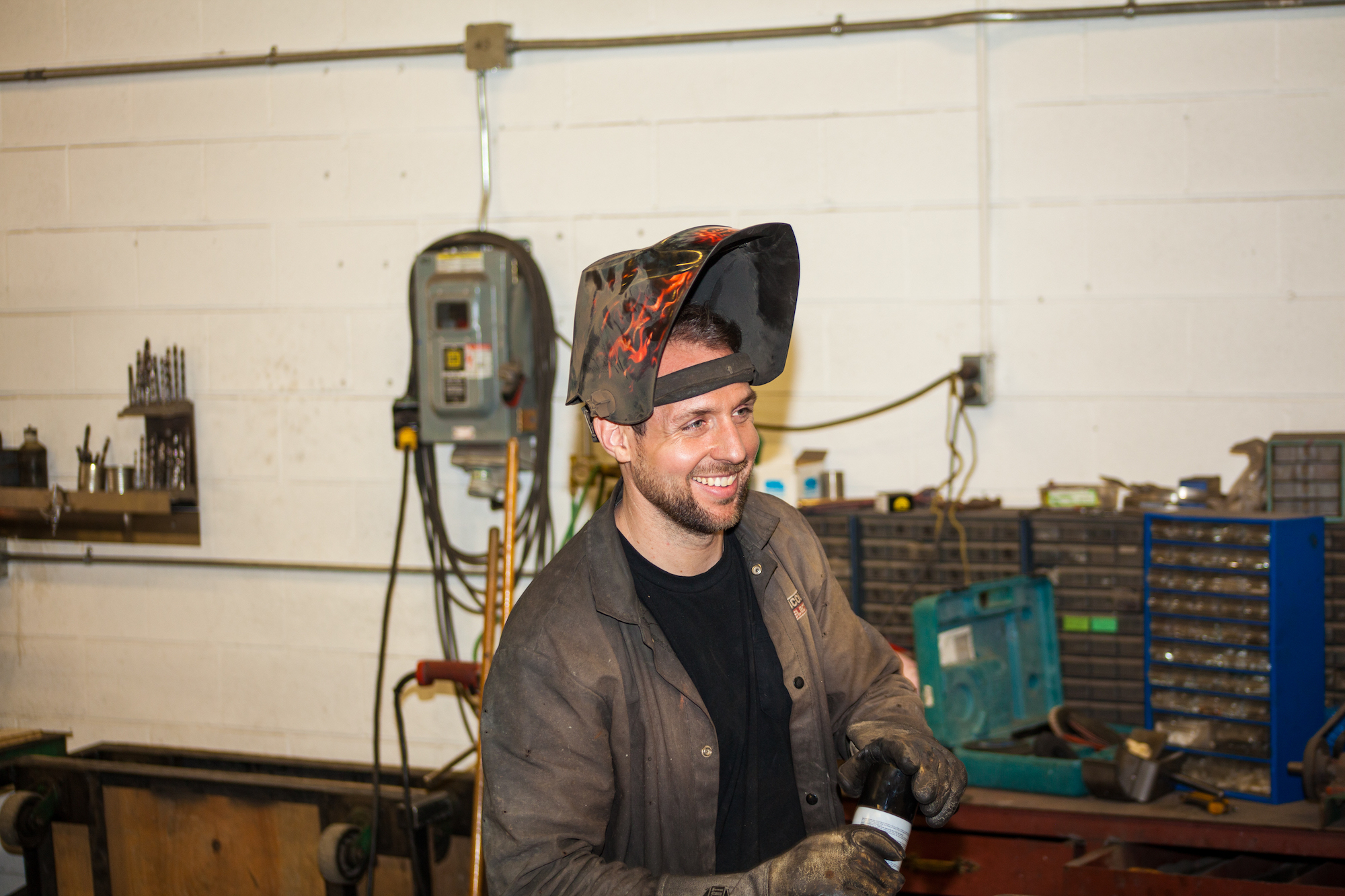 “Soon I introduced a second design, which was larger and more robust. I also started designing accessories like spotter arms—because a lot of people don’t have somebody there to spot them when they’re working out from home—plus a pull-up bar and a dip bar.

“I kept thinking of ways to streamline my production process. For example, I began using a laser-cutting service near my shop in Vaughan to speed up fabrication. By August, I was selling four or five squat stands a week. I was usually in production for one week a month, building about 16 stands. Then I spent the rest of the time managing the business and answering customer emails. Some of our commercial business started to come back in the fall, so I began working on projects with my dad from Monday to Thursday, then I’d spend Friday to Sunday working on squat racks. I also started offering shipping across Canada, although the majority of my customers are in the GTA and do curbside pickup from my shop. 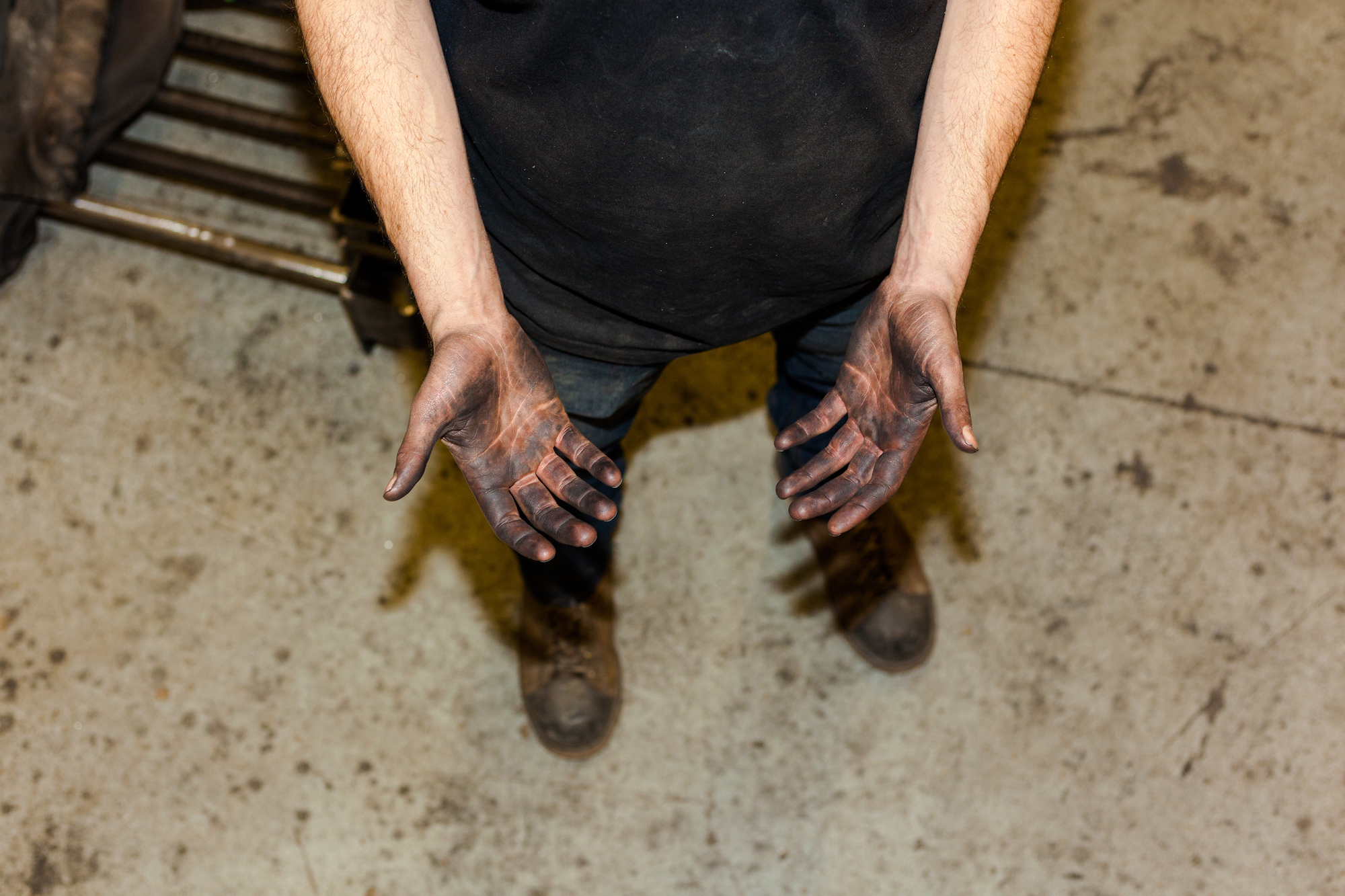 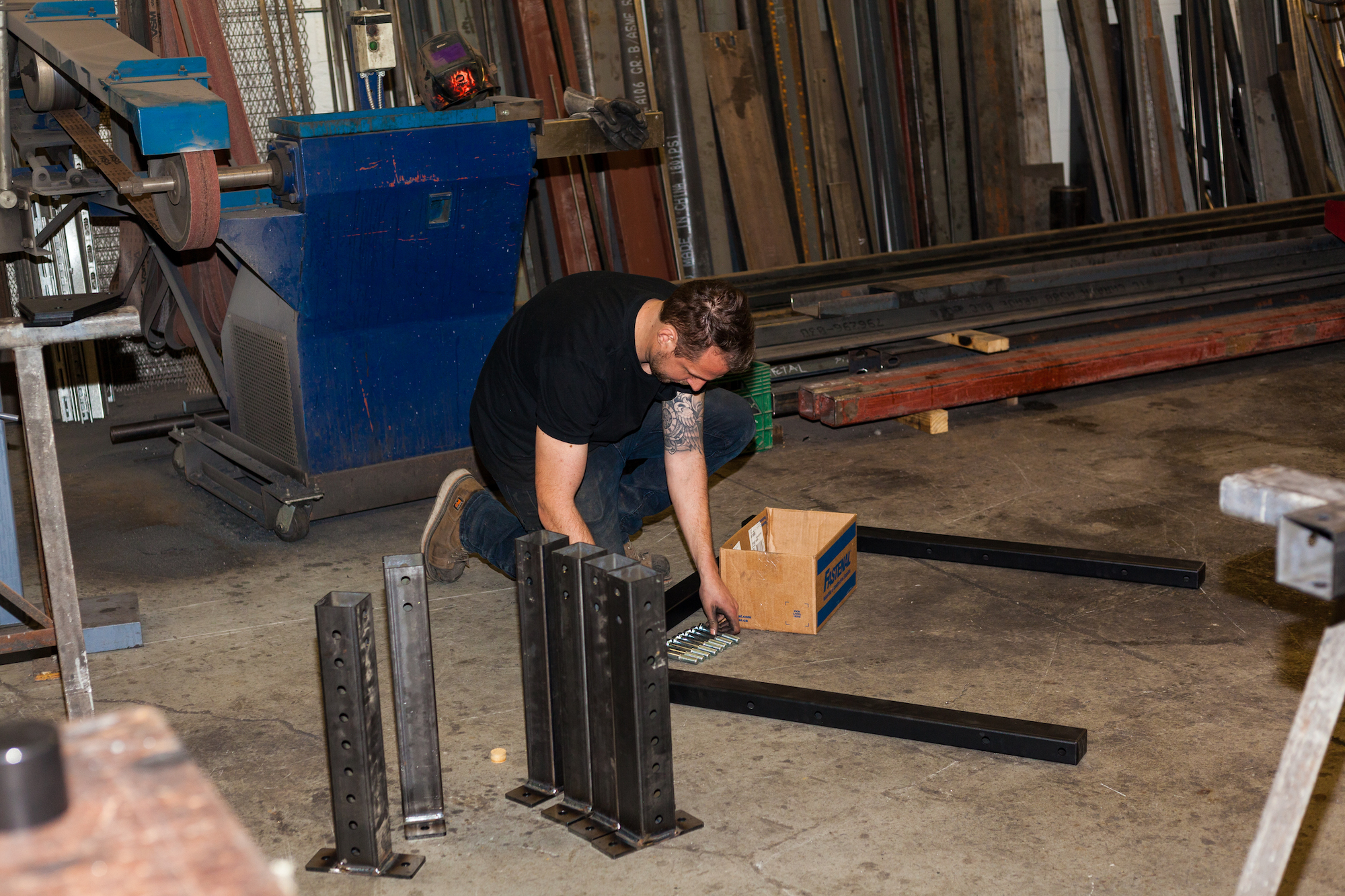 “A lot of my business has been word-of-mouth. Customers are really happy with their squat racks and accessories and leave me great reviews on Google. People tell me this is the heaviest-duty and highest-quality equipment they’ve owned. I still miss going to the gym, and I’m planning on going back to a gym once they’re allowed to open again. It’s just nice to hang out with your buddies. But at the same time, people like the convenience of a home gym. I love what I do, and I’m not planning on stopping production once gyms reopen.

“It’s been such a rewarding experience. I’m proud to say that I have a product that’s produced locally, and it’s cool to have my own business alongside my father’s. Metal fabrication is in my blood, and I love working out—now I get to put those two passions together.” 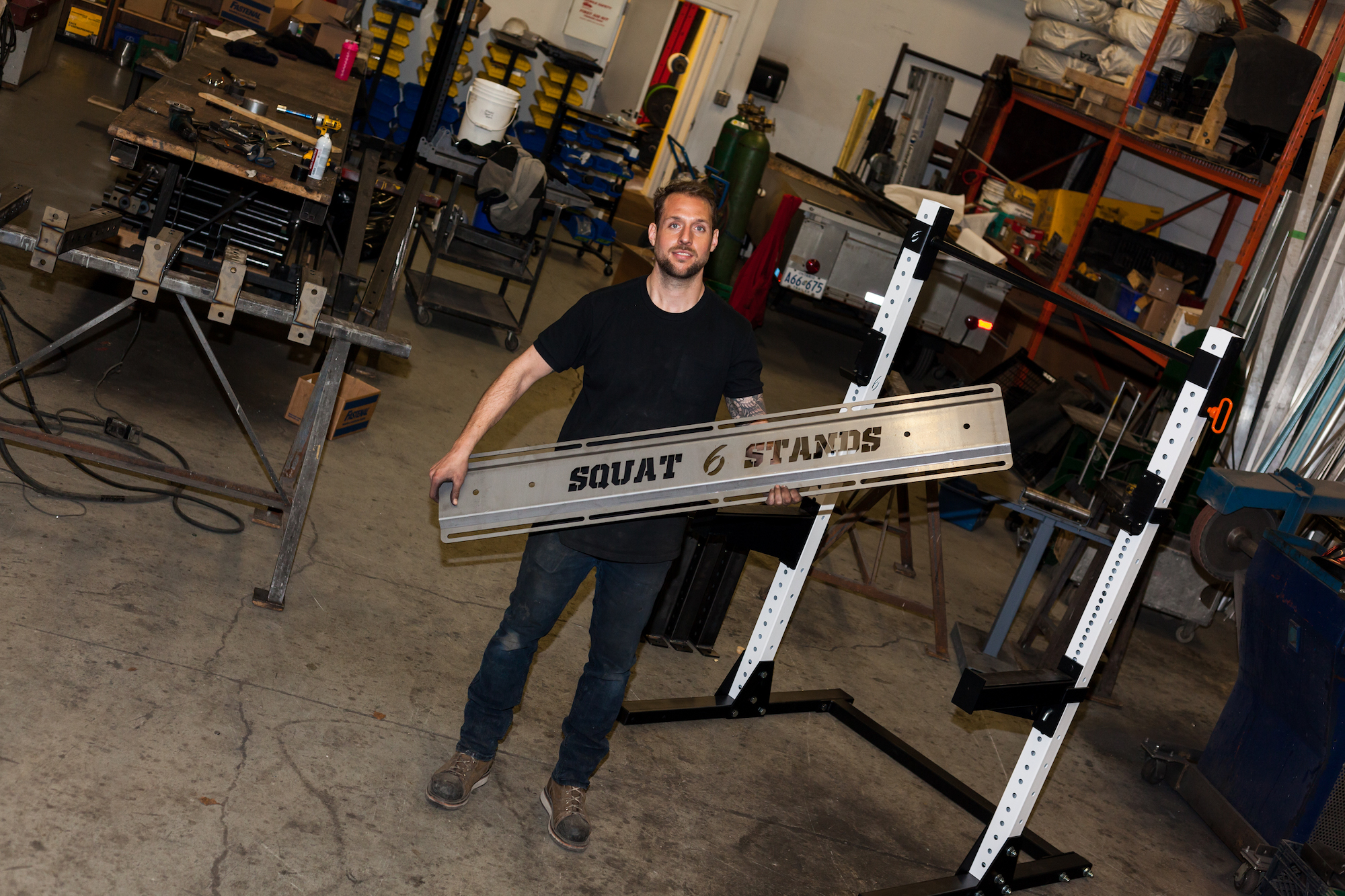