I went to college when I was 11

I went to college when I was 11

On my first day, the other students thought I was looking for the daycare 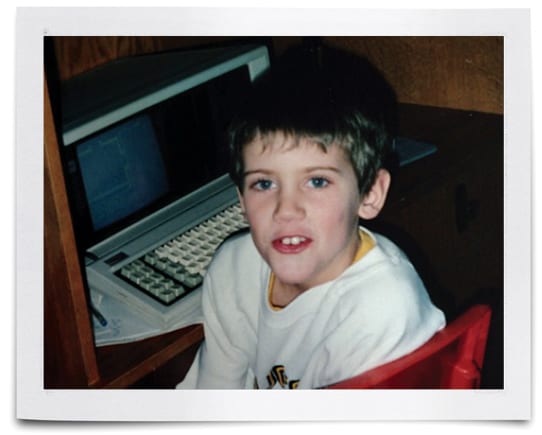 Our computer at home looked like a big, brown briefcase. My mom worked as an IT consultant and had her own IBM XT machine. I’d perch on a chair behind her, watching her code and tabulate, orange text glowing on the monochrome monitor, her speedy, arrhythmic hands clacking on the keyboard.

I wanted one and I let it be known. Santa took his sweet time, but on Christmas Day 1989, he delivered. I was four and a half, and I had my own machine, a lightly used Compaq Portable. My mother loaded it with educational games. I practised spelling with rabbits. I charged a laser by solving equations and used it to vaporize apple cores and milk jugs. Games captivated me, and that sufficed for a couple of years.

One day, cooped up and bored, I opened one of my games with a text-editing program. A stream of mystifying code loaded. The data looked intelligent but alien—a new, spellbinding world of semi-structured numbers, letters and symbols. My mom chuckled when I showed her, explaining that the games could be altered, but that it was too complex for me. I tried anyway. The game crashed. I reinstalled it and tried a second time. It crashed again. Eventually, I carefully changed some variables and booted the program once more. It worked.

I was still fiddling around with games by age 10, but I was frustrated. I wanted to create my own programs and didn’t know where to start. My parents enrolled me in computer camp, where the instructors taught stuff I already knew. My mom bought me a book on the C++ programming language, but it was indecipherable and vexing. The book was aimed at intermediate programmers, and C++ was a difficult language, known for its ubiquity, power and speed—never for its comprehensibility. I kept trying, though, and made a bit of progress each time. My mom saw my determination, and something clicked: what about college? 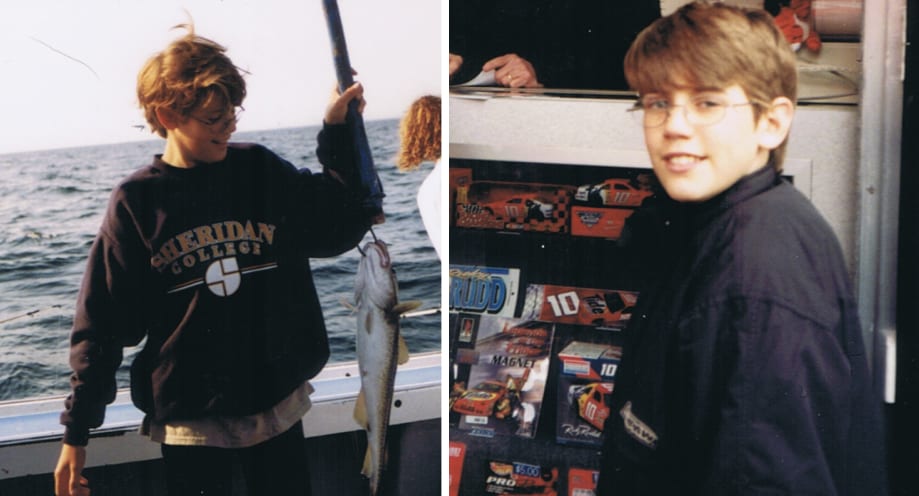 She asked me what I thought about taking night and weekend courses at Sheridan while still attending elementary school during the day. She explained that most subjects in college require knowledge gained in high school, like calculus or chemistry. But software was more like music, beautiful and learnable at any age. Together, we filled out the application form. We left one box unchecked—the one that indicated I was a high school graduate. Amazingly, I was admitted, no questions asked.

While I waited for classes to begin, I worried quietly to myself. I struggled in elementary school. I could never focus in class. My grades were erratic, but everyone seemed to think I was smarter than I believed I was. I feared I might fail miserably and finally prove how wrong they were about me. I didn’t know it at the time, but decades later I’d learn that I had ADHD, which often comes with a kind of hyperfocus, enabling hours of unimpeded concentration when a subject is especially interesting. With computers, the world melted away.

One Saturday afternoon in January 1997, I started college. I was 11 years old. I didn’t want my mom walking me in, and I also didn’t want to get lost looking for the classroom, so we went an hour early to scope out the campus. When I walked into my first college computer programming class, the adults around me figured I was someone’s kid looking for the daycare centre. “Oh, wow! You’re in the class!” my instructor said, realizing I was his newest student. He led us to the campus bookstore to buy the course text. I panicked when I realized it cost $120—about 20 weeks of allowance for me. “I forgot my wallet at home. I’ll buy it before the next class,” I lied.

As I got into the college rhythm, I found learning with mature classmates delightful. There was no teasing. No fighting over group work. No one hassled me if I got bored and looked at StarCraft websites. Many of my classmates were new to Canada, and I quickly befriended them. Sometimes they’d forget I was there and talk about sex during breaks. I’d blush.

I never nailed the theoretical sections on assignments, and I struggled with the complex vocabulary, but I loved class and wrote software day and night. I started programming for fun, creating quirky little games and apps that told jokes. By the end of my second course, I no longer needed my mom’s help with the technical jargon. I’d found my niche.

During one particularly tricky midterm, I barely finished before time was up. The next week, I walked into class and saw the instructor holding our graded tests. He announced that the class had averaged 30 per cent, so he would grade the tests on a curve to keep people from dropping out. He then announced the top three scores. In third place was the only woman in our class, who got 80 per cent. The class clapped begrudgingly. Second place, at 90 per cent, garnered cheers and high-fives. Then the instructor announced mine: a perfect 100 per cent. The room fell into astonished silence. I grasped the exam, beaming triumphantly. A moment later, I noticed my classmates’ reaction and burned with embarrassment.

Through it all, I continued my regular schooling. By the time I started Grade 9, my priorities had shifted. I wanted to earn some money. All told, I finished four courses at Sheridan—not a full degree, but enough to get me a part-time job in the tech industry. It was the dot-com bubble, and soon I was spending my after-school hours working on software for the phone industry and the U.S. government. I never did graduate from Sheridan, but I went on to earn a bachelor of applied sciences from the University of Waterloo. Today, I work as a software developer.

Learning programming at a young age equipped me with more than technical skills. It gave me confidence and made me realize that some rules are better broken. I’ll always be grateful to my parents for giving me the courage to try.