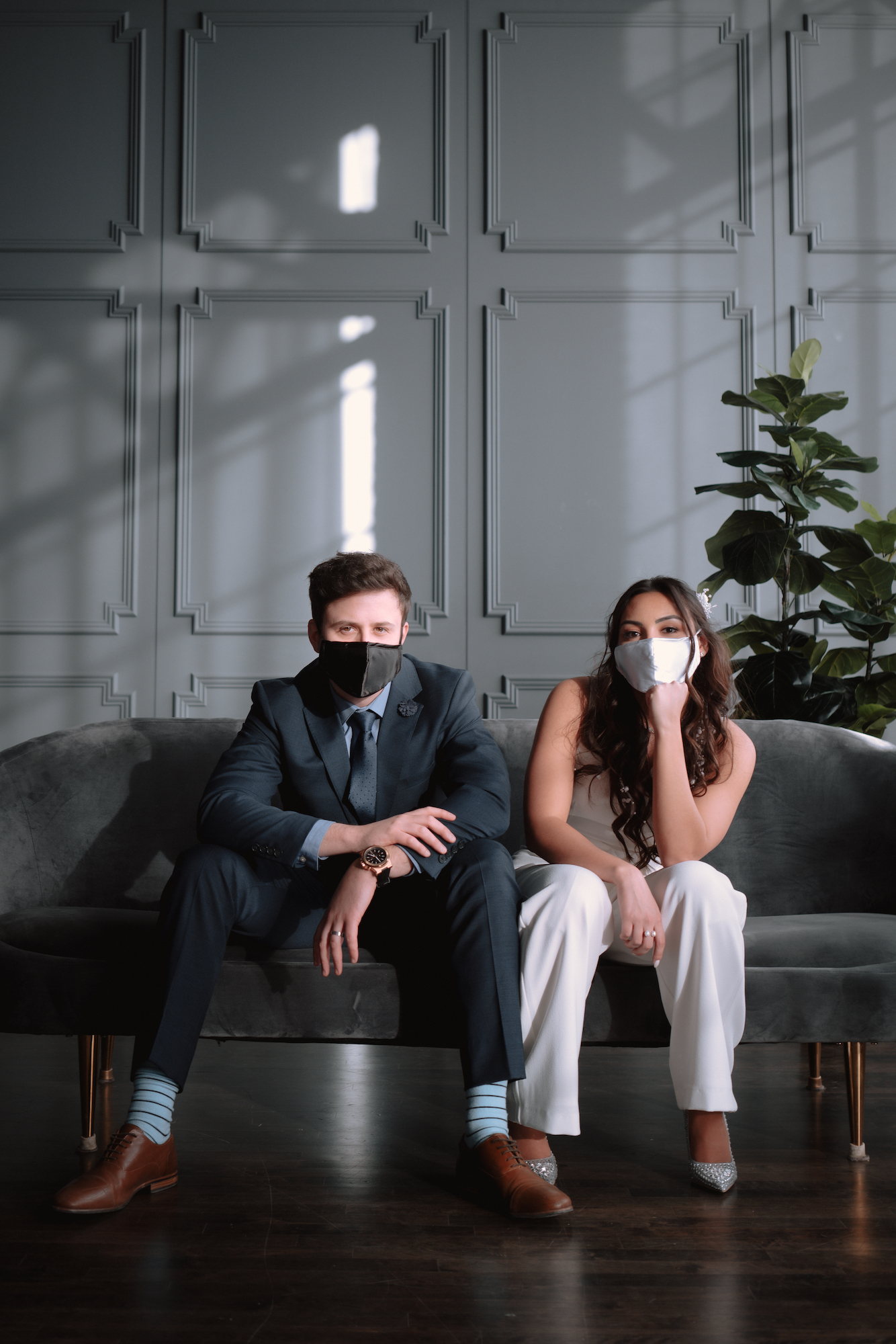 Anthony, a registered nurse, and Alexandra, a senior research officer for CUPE, got engaged in November 2020. Two months later, they were married at city hall. Here’s what went down.

Alexandra: In 2015, I was finishing a degree in women and gender studies at U of T when I joined Plenty of Fish and met Anthony.

Anthony: Alex seemed really cool. Her profile had photos from music festivals and her travels to the Caribbean and China. I thought to myself, I really want to go on a date with her. At the time, I was living with my parents in the west end, and I was also in my last year at U of T, finishing my bachelor of science.

Alexandra: I was drawn to Anthony: he was attractive, well-travelled and also attended U of T. We messaged back and forth for a bit, then he asked me out on a first date at some crappy U of T bar. And he was 45 minutes late. I was pissed off.

Anthony: I had just finished a class and lost track of time. When I finally got there, the conversation was really awkward. We had just one drink each and left.

Alexandra: I wrote him off after the first date, but he called me a few days later, which I wasn’t used to. People my age don’t call each other out of the blue when they’re first dating. My best friend thought it was a good sign that he was being persistent, so she said, “Why don’t you just give him a second chance?”

Anthony: I knew I had to redeem myself after that awful first date. I had to give it one more shot. 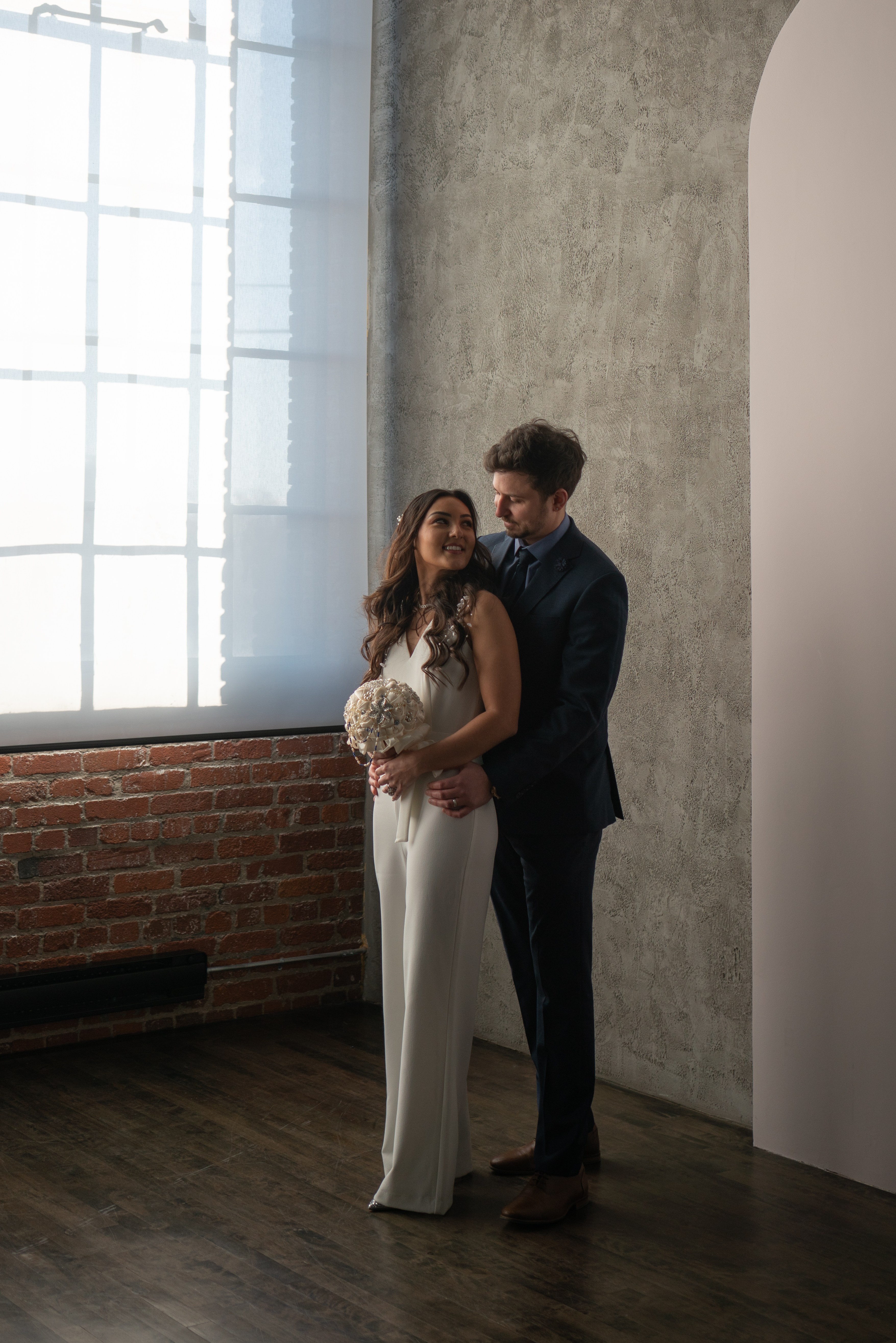 Alexandra: We went out for pho. Anthony was on time, and the second date went a lot better. Then a few weeks later, he invited me to a cottage weekend near Wasaga Beach. It was a really easy-going, fun time. We had such great conversations about our interests and our post-graduation plans. After that weekend, I thought, I think I love this person. I’m probably going to marry him.

Anthony: We share a lot of the same values. I love that Alex is so close to her family and determined to achieve her goals. She works really hard, which is what I admire the most about her.

Alexandra: About three months later, we went on a road trip to Florida, and then another to California. After that, we were pretty much joined at the hip.

Anthony: Alex would spend a few days with me at my parents’ house, and then go back to her parents’ house for a few days. She got along really well with my family. We didn’t want to get our own place because we are to saving up to buy a house. 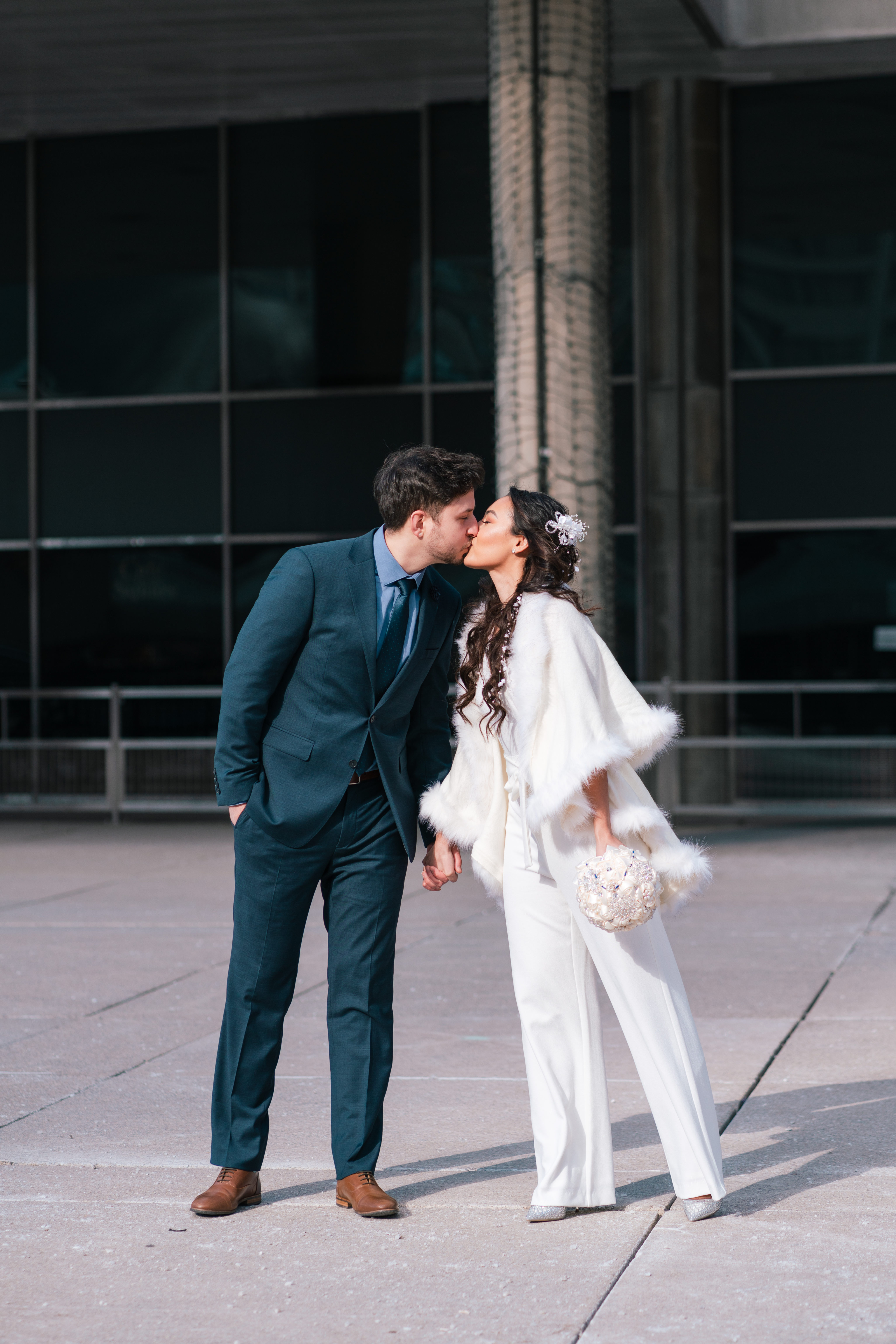 Alexandra: By 2019, we were ready to get married, have kids and start a family. Our families were supportive of our plans too. We were just waiting for Anthony to finish up nursing school and pass his nursing exam. I didn’t want him to be distracted with wedding planning.

Anthony: I graduated in January 2020 and started studying for my licensing test. During Covid, Alex has been able to work from home. Our families decided to bubble together since she was still going back and forth. By early winter, we were both at a good point in our lives. I’d found a job as a registered nurse in a surgical unit, and Alex was promoted to a permanent employee at the CUPE. Alex was sending me Instagram photos of the type of ring she wanted: a two-carat solitaire with a white gold band. I bought the ring and planned a proposal for around her birthday, on November 13. 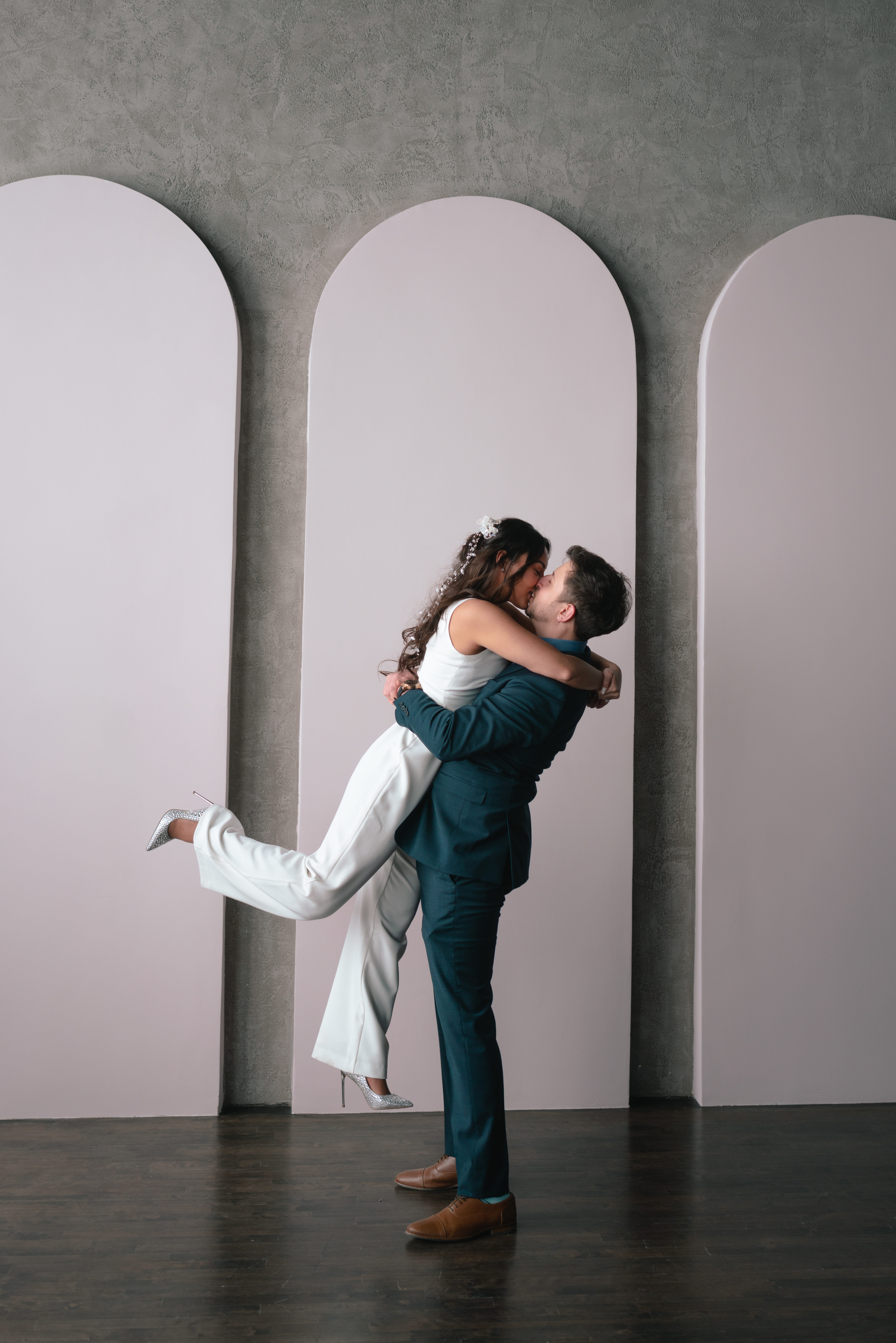 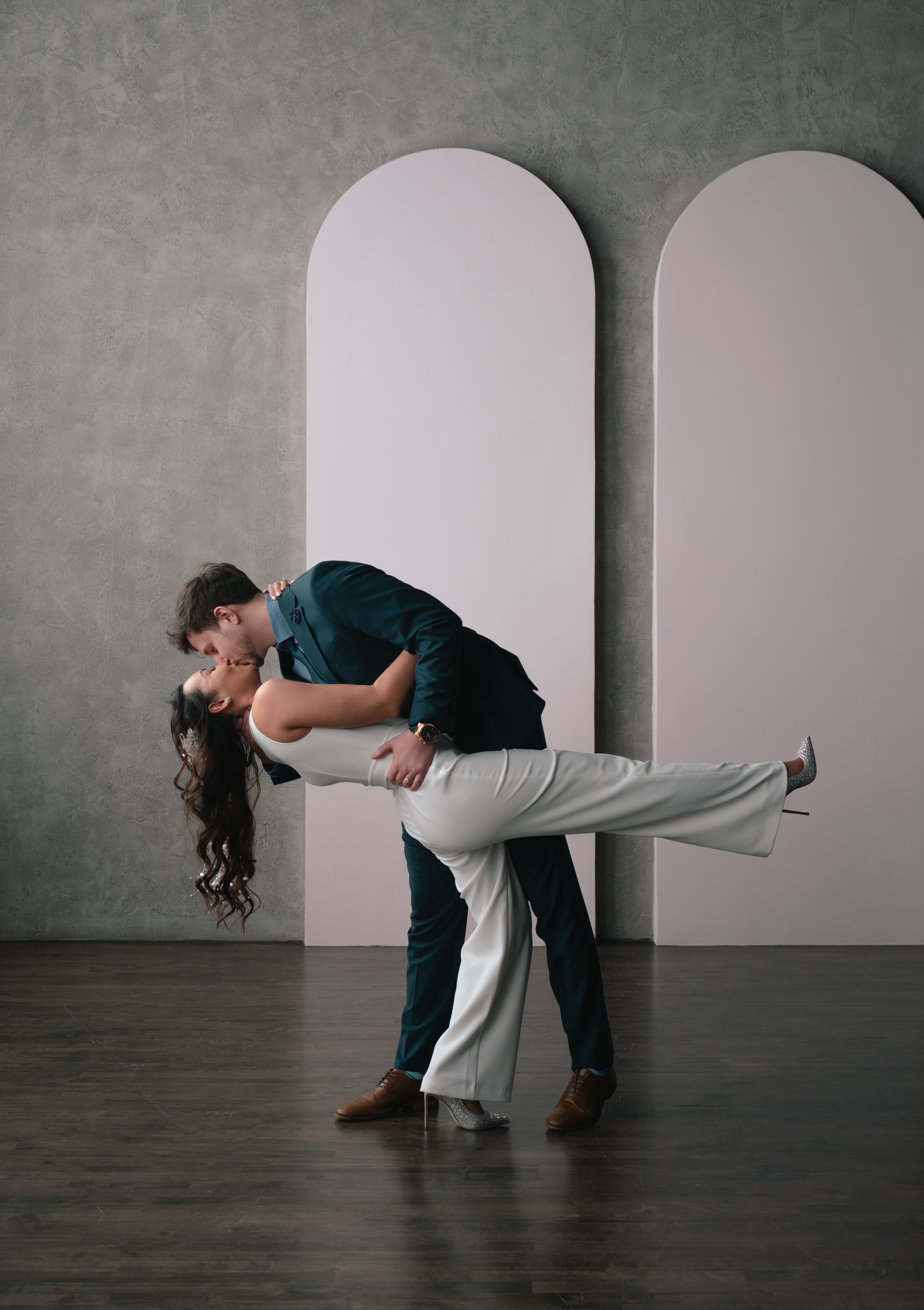 Alexandra: He’d told me to do my hair and makeup, so I had an inkling. But when he came around to pick me up in his car, his best friend—he’s also in our bubble—was there. That threw me off. They blindfolded me and then I thought, Well, maybe it’s more of a birthday thing.

Anthony: I brought my friend along to help me set things up and take pictures. We drove to the lakeshore near Sunnyside Park, because Alex and I had gone on an early date there, and there’s a great view of the Toronto skyline. I went down to the beach and set up some candles in the sand in the shape of a heart while my friend stayed with Alex in the car. It had gotten dark and windy by this point so it took a while—about 15 minutes. Then I led Alex down to the beach, and my friend stayed a few feet behind to take some pictures.

Alexandra: When he finally took the blindfold off and I saw the candles in the sand, I was crying happy tears—and I don’t normally cry. I started planning the wedding right away. I didn’t want us to be another engaged couple waiting around for the pandemic to end. Before Covid, we felt some pressure to have a huge, expensive wedding because that’s what our friends did. But Anthony and I don’t like big weddings. We landed on a tiny civil ceremony at city hall in late January. We’ll have a small reception later on when it’s more appropriate to celebrate. 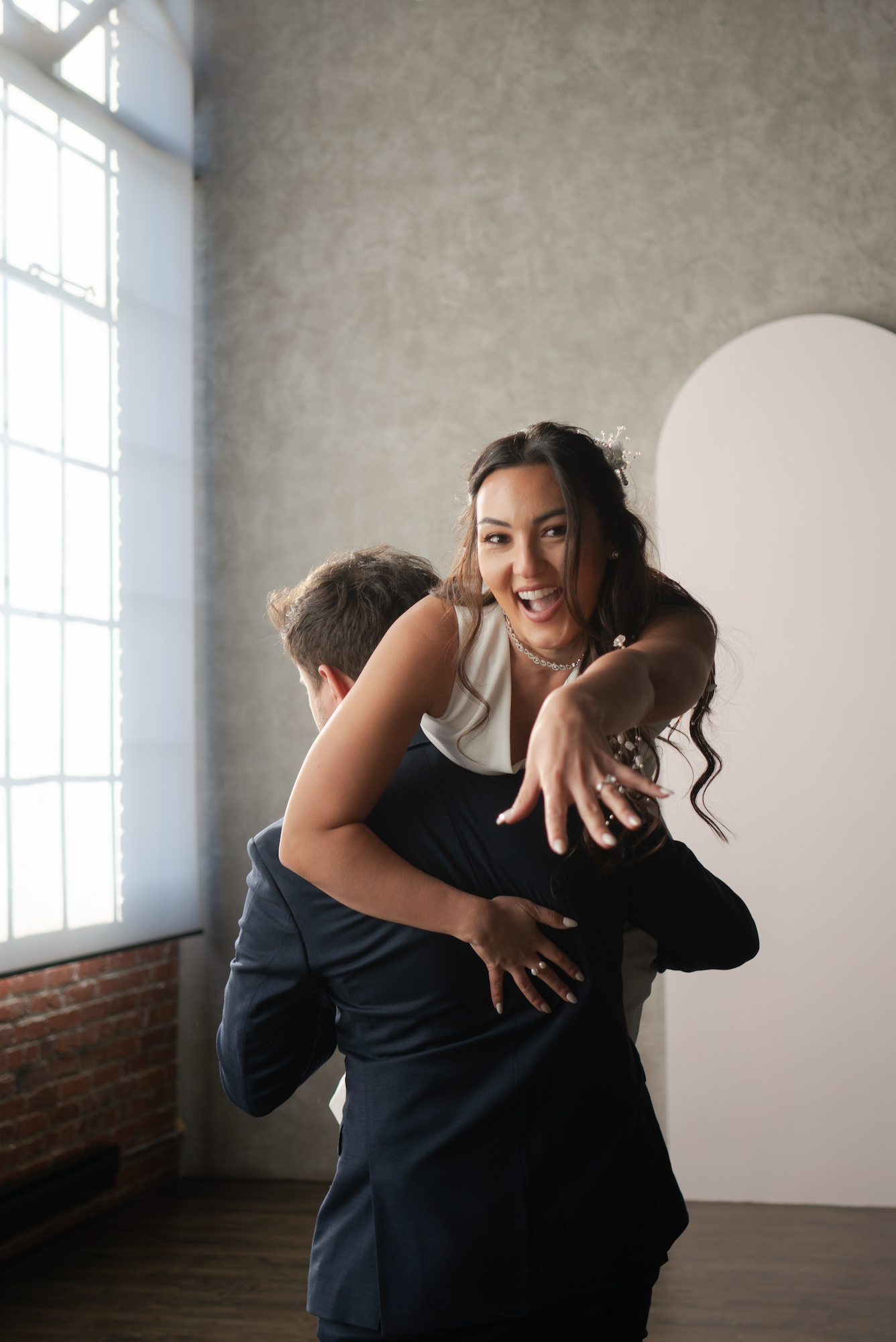 Anthony: I was nervous on the wedding day—a happy nervous. Alex is amazing, and I was so excited to marry her. I can’t imagine my life without her. I got ready at my house and wore a suit that I had bought for my cousin’s wedding in 2019. Alex got ready at her house with her mom.

Alexandra: I wore a white Vince Camuto jumpsuit that my mom found online at Nordstrom, and I did my own hair and makeup. I also wore a hairpiece that my mom wore during her wedding. The ceremony took place in the wedding chambers of city hall. There were some orchid arrangements and a backdrop for photos. We could only have two witnesses for the ceremony, so Anthony brought his dad and I bought my mom. The ceremony lasted about 20 minutes. When Anthony was reading his vows, I began to choke up. I felt really emotional hearing him say those words to me, and I even had trouble repeating them back to him.

We wanted to do something special after the ceremony, so I hired a photographer, Ashley Chin, to do a shoot in a small studio in the west end. We all had to sign waivers and complete a health questionnaire upon arrival. Ashley wore a mask the whole time, and we all wore them in the common areas, like the kitchen and bathroom. 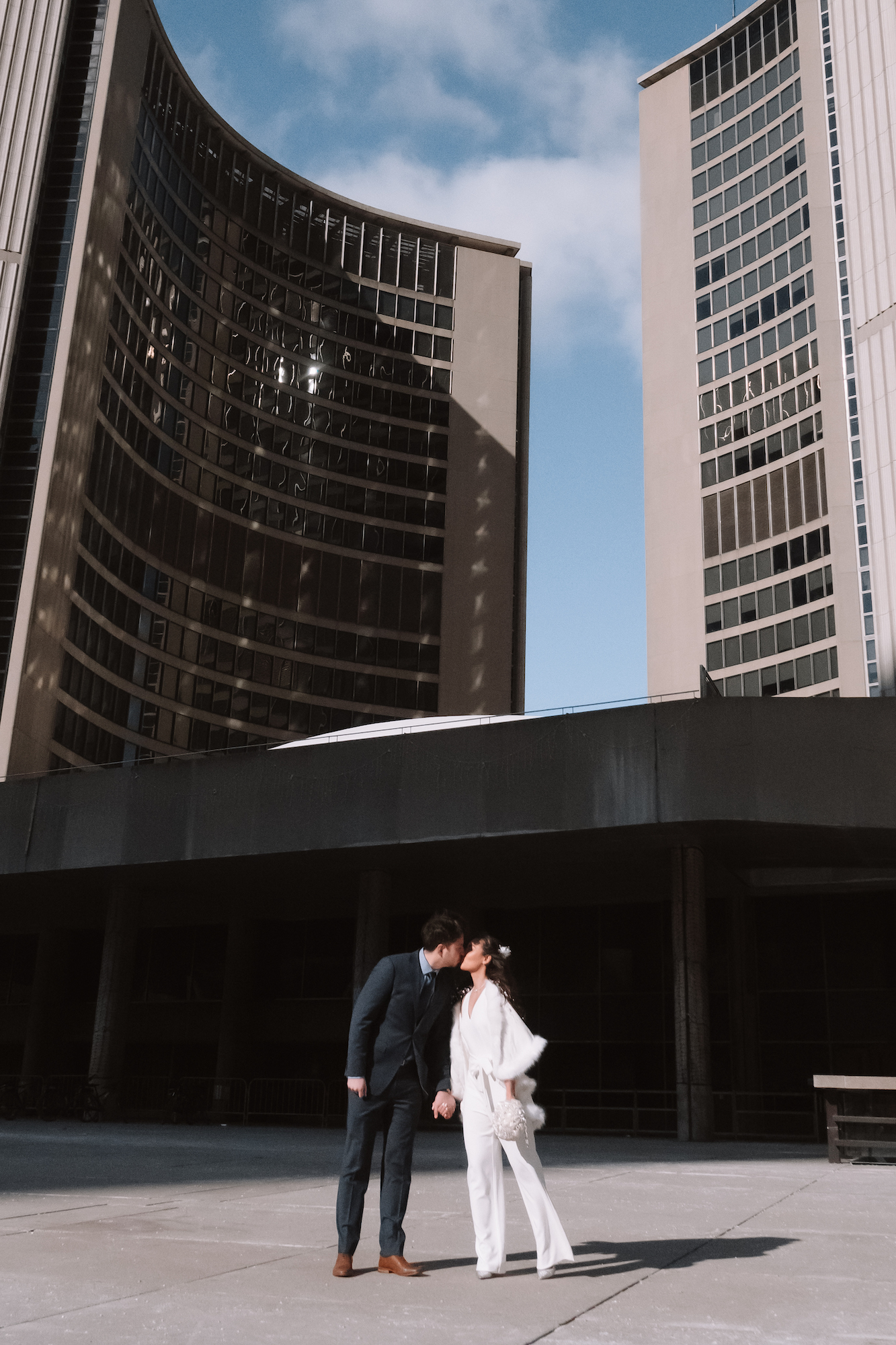 Anthony: I’m not a fan of having my picture taken so I was more nervous about the photo shoot than the wedding. But I was really happy with how the pictures turned out.

Alexandra: I had found some inspiration pics of pandemic weddings on Instagram that I wanted to recreate. One of them was a couple wearing masks, so I bought satin masks off Amazon for the shoot. I’m almost happy that we got married during this time: pre-pandemic, there would have been a lot more pressure to invite all sorts of people we only marginally knew.

Anthony: And we’ll be able to enjoy our time at the reception—whenever that is—with our family without feeling that pressure to have a big reception. It’s also nice to have these photos to commemorate our Covid wedding. We’ll have them to look back at when we’re older—to remind us that we got married during a global pandemic. 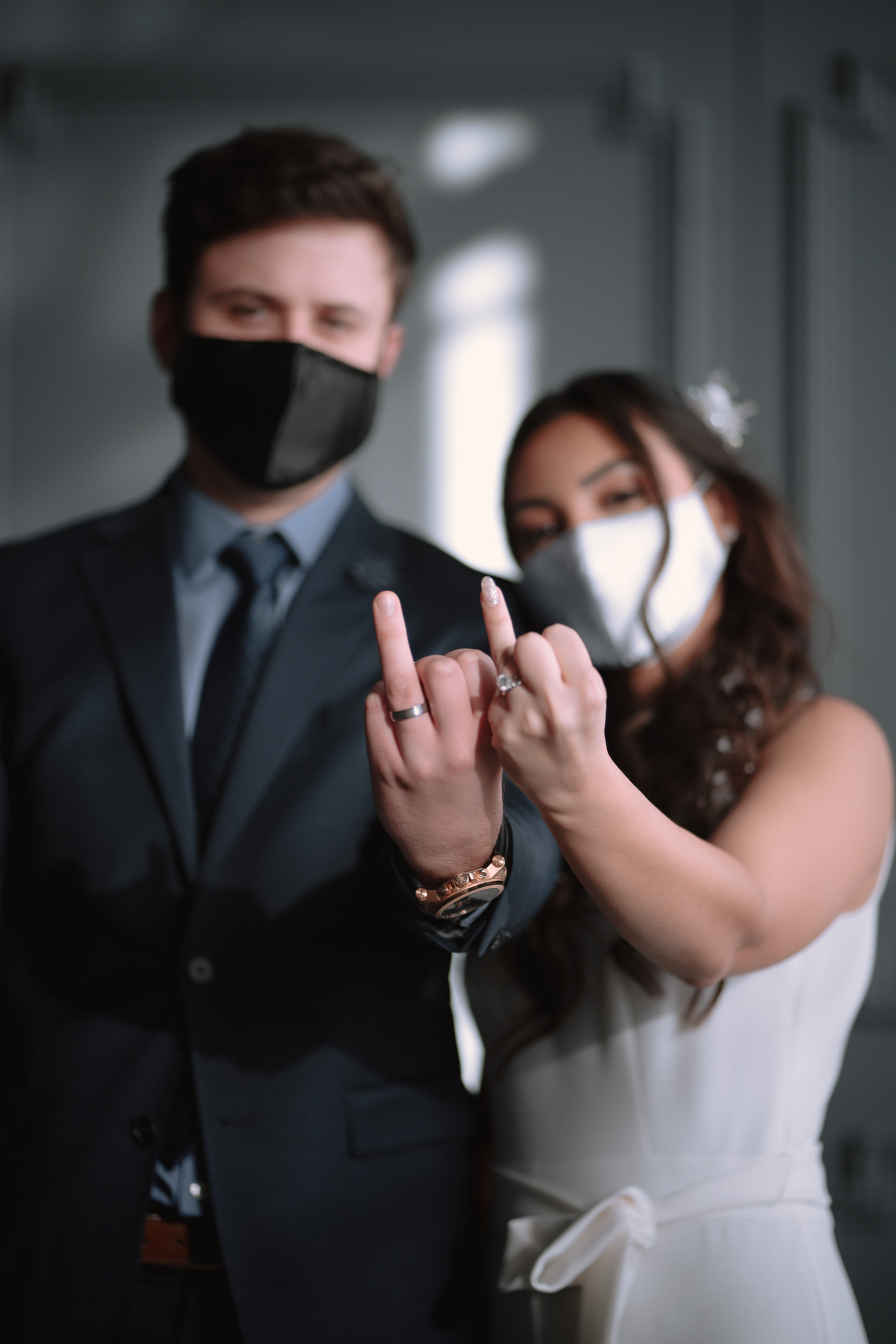