After a slow uptick over the past four years, the University of Toronto is suddenly markedly more popular with American students. As of August, there had been 1,856 U.S.-based undergraduate applicants to the university in 2017, up from 1,066 the year prior. It’s hard to know the precise causes of the surge, but there is one obvious explanation. “I do think that some of it is attributable to the political situation in the U.S., and just the general sense of instability globally,” says Richard Levin, U of T’s executive director of enrolment services and university registrar. “We’re not just seeing it from the U.S. We’re seeing it from other countries as well.” (Students from India, the Middle East and Europe also started applying in greater numbers this year.)

In an attempt to find out if it’s true that Donald Trump is driving college-aged Americans to Toronto in droves, we spoke to a few U.S.-based U of T applicants about why they decided to make the move. Here’s what they said. 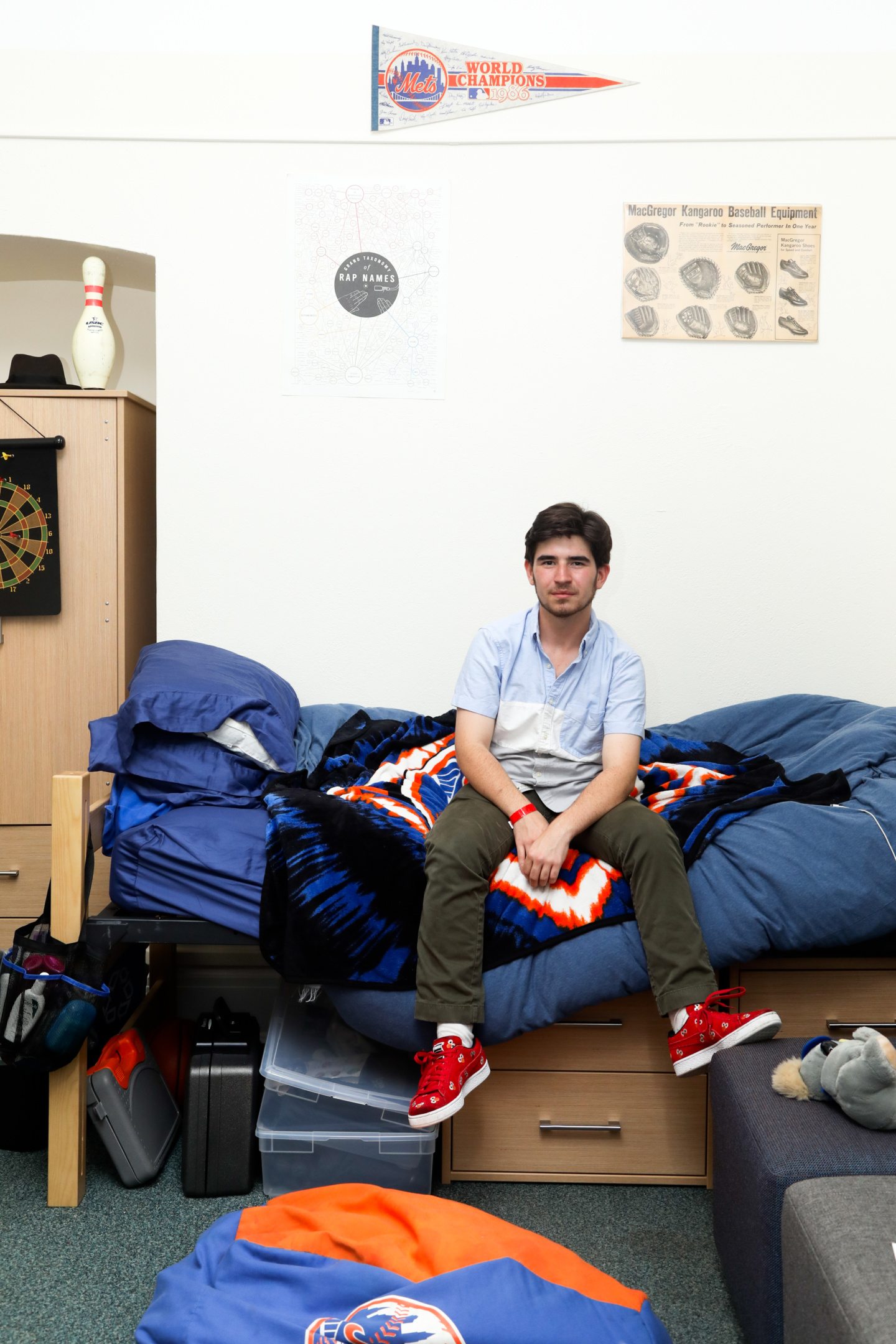 Why did you decide to study in Canada?
It was a tad cheaper than American schools, but that wasn’t much of a factor. I applied where I applied, and it so happened that the University of Toronto was the best place I got in.

Did the political situation in the U.S. have anything to do with it?
Not necessarily. I had settled on what schools I was going to apply to by September. At the time, I was working for Hillary Clinton’s campaign and believed she would win. Ultimately, the only other school I was accepted to was Durham University in England. So staying in the U.S. was not happening. I’m certainly glad to be getting out, because things are very obviously tumultuous.

When you say things are tumultuous…
Trump being elected. While I’m very firmly opposed to him, he does not make me afraid of the U.S. What has happened for me that’s been so shocking was the events of Charlottesville. I’m half Jewish, so that was shocking for me, to see anti-Semitism so blatantly out in the open. It just feels like things are becoming far too violent far too quickly.

What do you know about Canada?
There’s the classic stereotype about people being polite, which is absolutely true. It’s certainly a very clean country. But I kinda see it as akin to the U.S. in most ways. Right now, I think it’s probably in better shape than the U.S., but it’s not in my opinion all that different. I’m sure that four years in Toronto will change the way I see that.

Do you think you’ll be back in the U.S. in four years?
I don’t know. My general ambition has been to be a lawyer, probably working for something like the ACLU or maybe the Southern Poverty Law Center, and that would mean living in the U.S. But I’m open to Canada becoming my country of residence. I know I have three years to stick around in Canada after I graduate, and I intend on taking those three years.

Would a second term for Trump impact your decision?
It would probably make me more likely to go back to the U.S., actually, because I’d feel the need to fight for my country in a different way. I’m not going to let one president or another determine where I’m going to live. If every liberal moved to Canada because Donald Trump was elected, we’d only have Republican presidents for the rest of time. 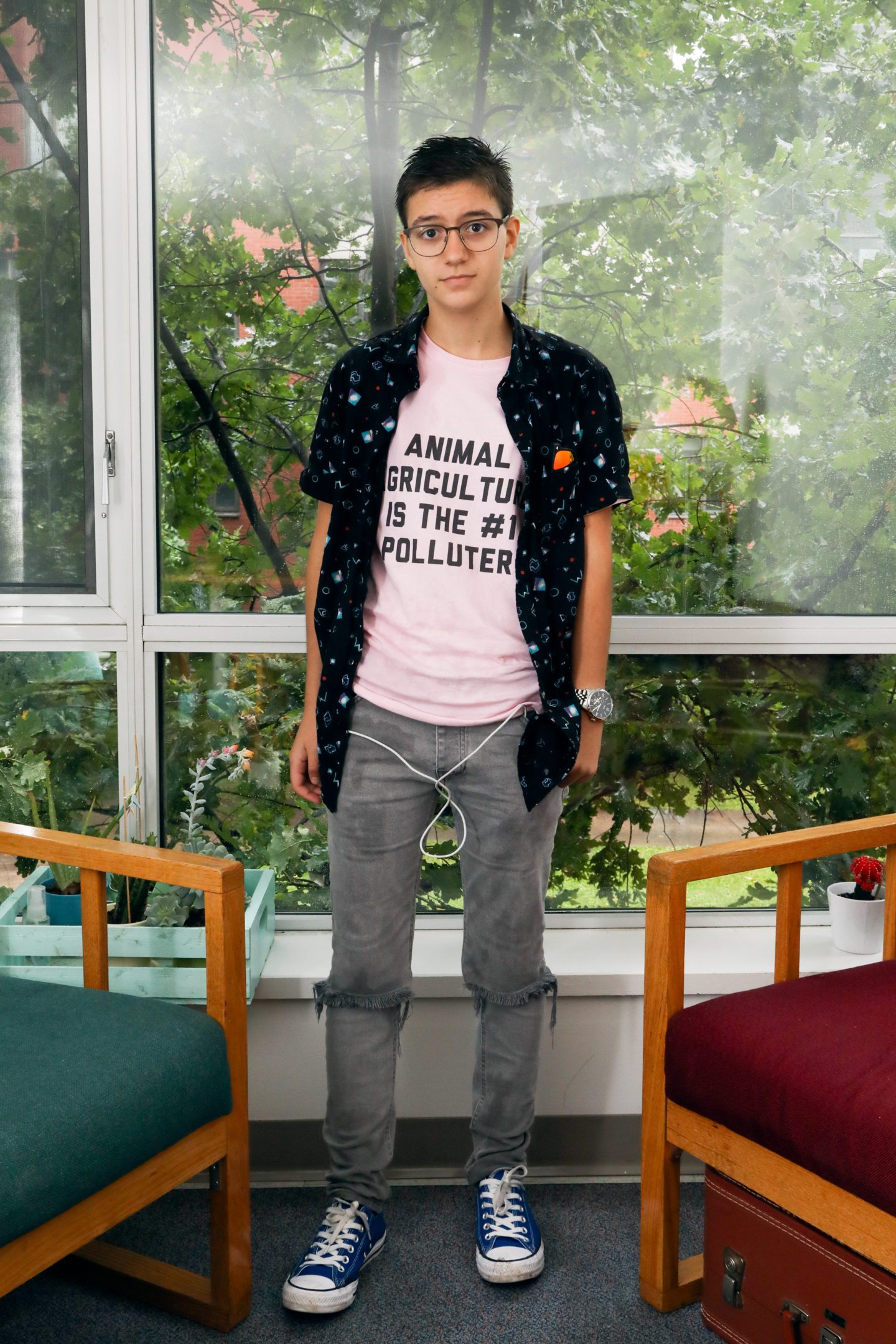 Why did you decide to study in Canada?
I don’t think the reason I applied was completely contingent on the political atmosphere right now. I probably would have applied to international schools regardless. But it definitely was a factor in my ultimate decision, and I’ve always wanted kind of a global experience in my education.

Did your feelings about coming to Canada change after the November 2016 election?
I went to a pretty big public school in a city, and the day after the election it was silent and people were scared or resigned. I wanted to be able to distance myself from that while I was getting my college degree, but still know what’s going on. And also, American politics can be so consuming. I wanted to be able to understand the whole world and not just the country I’m from.

Were you mainly concerned for yourself, or for the people around you?
I’m white and upper middle class, and I’m safer than most of my student body. But I’m Jewish, I’m a woman, I’m LGBT. You have to start thinking about the political opinions of the people around you in a new way, to see if they respect these integral parts of your identity.

What’s your perception of Canada?
It doesn’t seem that shockingly culturally different to me. But the people, you can tell they’re not American. It is a cultural difference. It just seems like a different attitude. It’s kind of like a more extreme version of the difference you’d see between people from different states in the U.S.

Do you think Canada is more respectful to some of the marginalized people you’ve mentioned?
I think you’re better at diversity than us. It seems like we force assimilation more than Canadians do.

What do you think will be different about living in Canada?
I think it will be a nice respite from everything that’s happening here, all the White House drama. I also think that it’ll be a more global experience. As it stands now, your international relations are so much stronger.

Do you think you’ll go back to the U.S. after you’ve graduated?
I think I might. I’m interested in law school, and I think that’s very different between the two countries. I would like to have an American law degree. I’ve lived in the U.S. for the past 18 years, and I don’t want to abandon that. I want to do what I can to contribute in a positive way to this society. 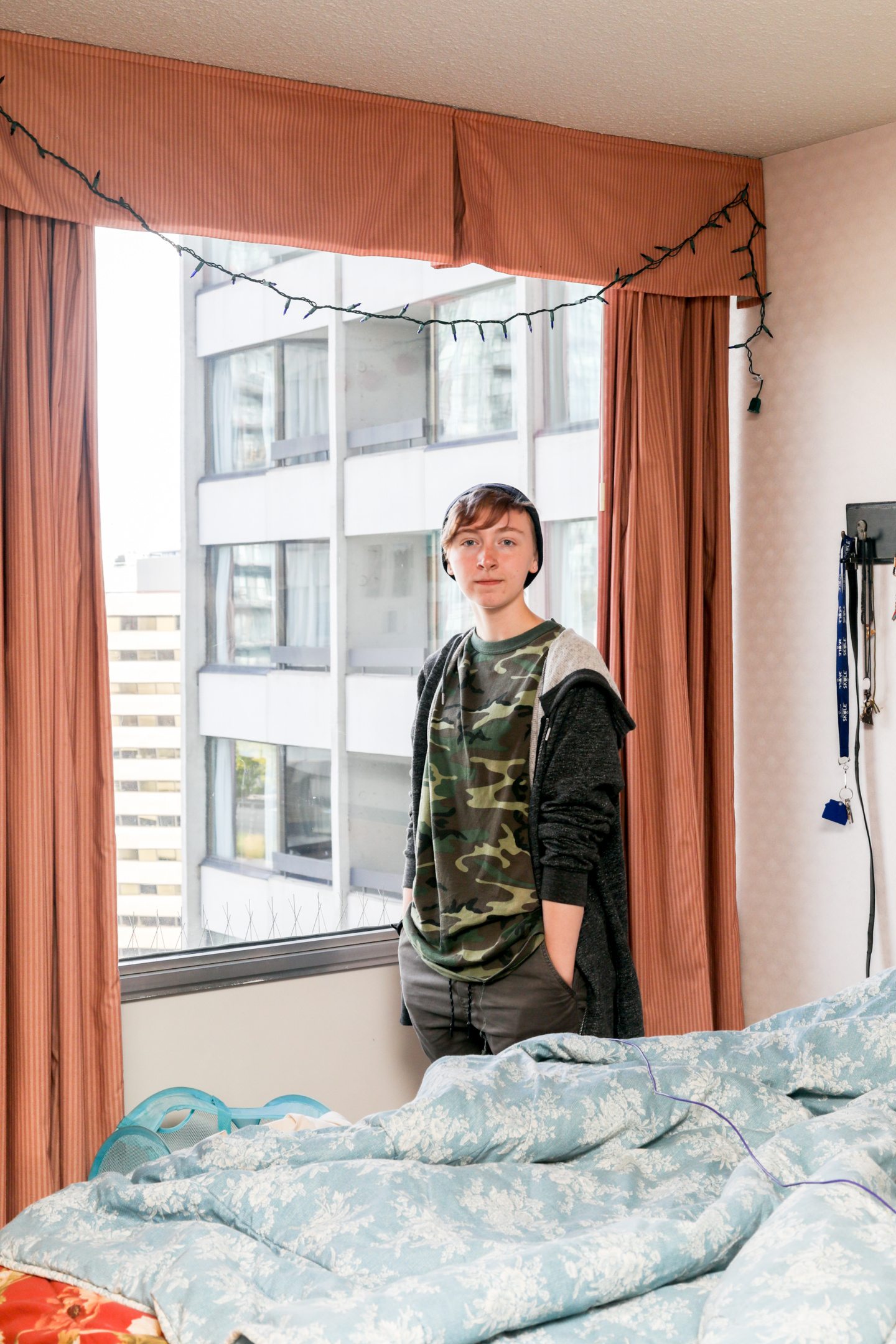 Why did you decide to study in Canada?
I have family here, and I’m a dual citizen. It just seemed like a more welcoming environment overall.

What do you mean when you say “more welcoming?”
My hometown is pretty small. You know everyone. I preferred to study in a bigger city, where there are more opportunities, more people to meet.

Did the political situation and the 2016 election have anything to do with your decision to study here?
The election kind of happened before I was really weighing my options very heavily for college. I had just filled out applications at that time. But I think I’ve made a good choice. I don’t know if the U.S. will be a great place to spend the next four, or five—or, if I go on to do a PhD—the next eight years of my life.

What was your general perception of Canada before you’d spent time here?
I’ve been spending time here since I was really little, visiting family. It’s a little different from the U.S., I think.

What do you expect will be different about life in Canada compared to the U.S.?
I don’t really know. People seem more welcoming here, in my experience.

Do you think you’ll wind up back in the U.S. in four years?
I think it all depends on what kind of career path I take in engineering, and what kinds of opportunities are presented. I’d be open to living in either country.

If Donald Trump was elected for a second term, would that influence your decision at all?
Probably, yeah.

You might choose to stay in Canada?
Yeah, pretty much. 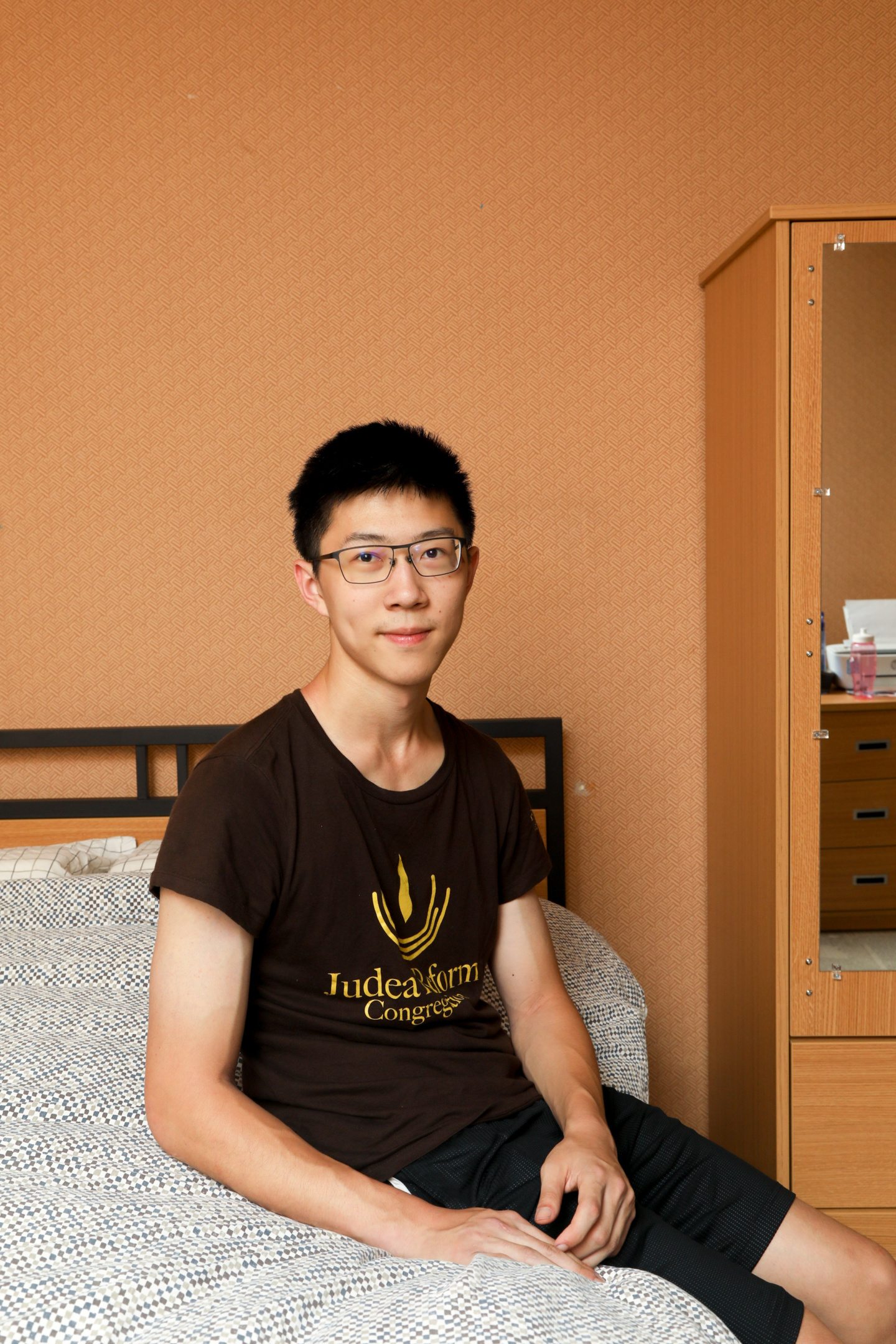 Why did you decide to study in Canada?
I have Canadian citizenship, so I actually have pretty cheap tuition. I pay the domestic tuition, even though I’m an international student. That’s part of the reason.

Did the political situation in the U.S. and the 2016 election influence your decision to study in Canada?
That definitely played a significant part in my decision.

What is it about Donald Trump that makes you want to study here?
I feel like he’s really focusing on exclusionary policies that target basically anyone that is not Caucasian. Also, his approach is very centred towards corporate growth, and also he’s a very self-interested president. I’ll just say that.

That’s entirely accurate. Have you spent much time in Canada?
No. I was born in Canada, though.

What do you know about Canada?
This is going to be embarrassing, because I don’t actually know much. I know that hockey is a big sport. And the beaver is an important animal.

What do you expect might be different about living in Canada, compared to the U.S.?
It’s definitely going to be colder than where I used to live. Also, I feel like there’s more of a friendly atmosphere. The people are really friendly. There are still friendly people in America and North Carolina, but I feel like I saw a lot more of it radiating in the atmosphere in Toronto.

You said you think Donald Trump is taking America in a direction that benefits mainly Caucasian people. Do you think Canada’s different?
Canada is a lot more open to immigration. The last time I went to Toronto, we called an Uber and the Uber driver was from Iran. He came to Canada three years ago because he was trying to escape Iran. I feel like Canada’s really open to other people.

Do you see yourself staying after you’ve finished your degree?
I’m definitely considering that as an option.

Would you be more likely to stay if Trump wins another term?
Oh, yeah. 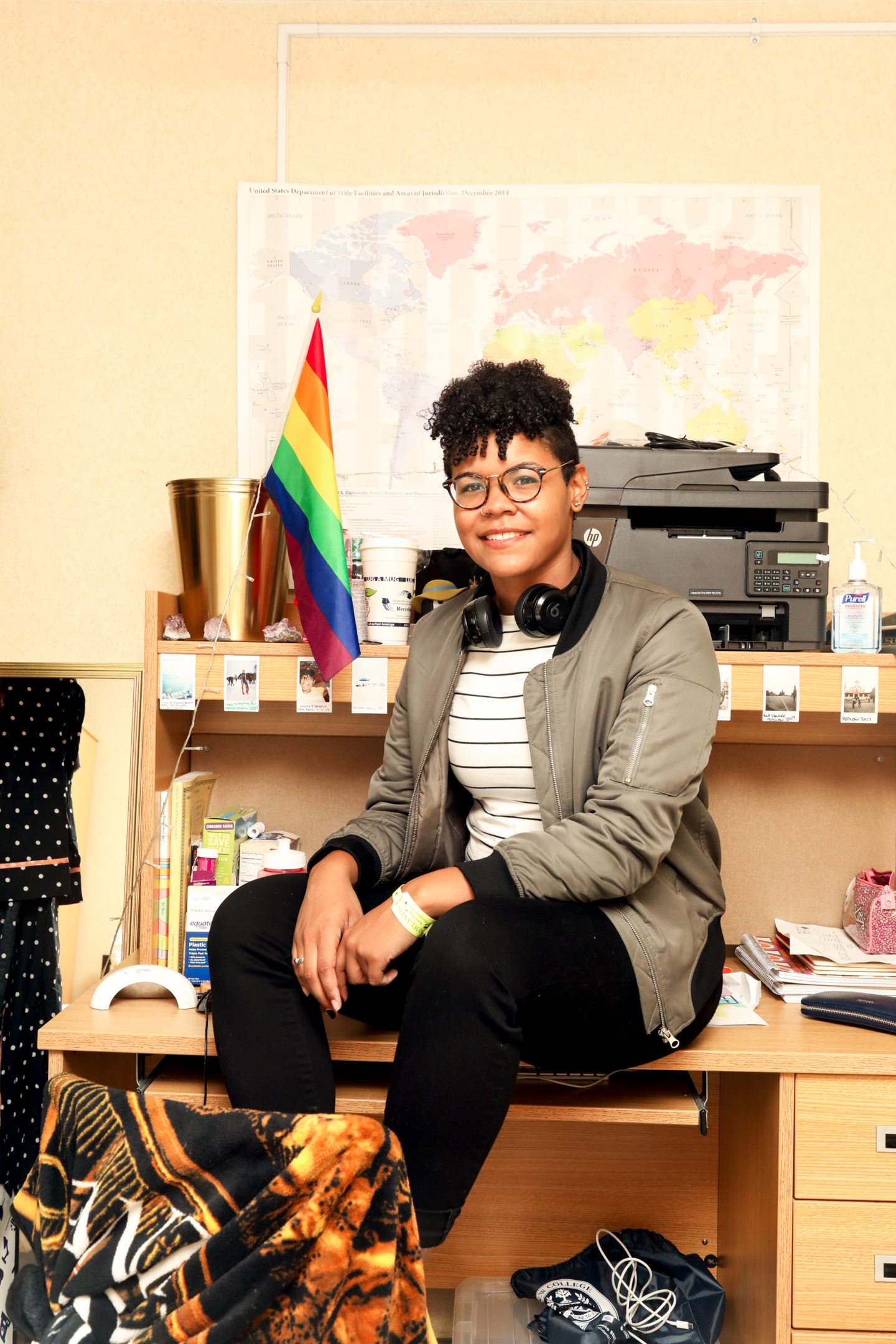 Why did you decide to study in Toronto, rather than at a school in the U.S.?
I visited the University of Toronto last year around this time. It was the first time I’d visited the school and the first time I’d visited Canada in general. I honestly just fell in love with the campus and the atmosphere. People seemed really open and welcoming. I got similar feelings when I went to college campuses in the U.S., but there was something different. And the idea of being in a large city really appealed to me. I also really love the cold. I wanted to be someplace where there was going to be winter.

Did Donald Trump’s presidency have any bearing on your decision to come here?
I had decided on Toronto before the election even happened. This was my first choice, even from the get-go. After the election, it just resolidified: like, “Okay, yes. I want to do this.” Especially with what’s been happening in Charlottesville and all around. I know white supremacists exist all over, but it seemed like they were handling it differently here in Canada than they were in the U.S. Like, there was supposed to be a white supremacist rally on the U of T’s campus, but they said that they don’t condone those kinds of actions, and that those kinds of actions won’t be taking place on campus.

What do you think will be different about studying in Toronto, as opposed to studying somewhere in the U.S.?
More international people. In the U.S. they have international students, but not like here at U of T. Just so far in the last night I’ve met people from all around the world, and that’s something I couldn’t imagine doing if I was going to school in the U.S.

These interviews have been edited and condensed.

Topics: u of t University of Toronto